A 90s house in Seoul gets a colourful update

In the 90s, Hyehwa was a neighbourhood in flux. Up until that point, its main streets were named after its most illustrious inhabitant, the Seoul National University. But when the institution moved in 1975, theatres and restaurants slowly started filling the empty spots throughout the 80s and early 90s. Today, the area is now known for being a playground for the young, with is abundance of cafes, pubs and music venues.

It is fitting, then, for a house built during that time of transition to receive a striking contemporary renovation – an opportunity seized by Madrid-based firm Daniel Valle Architects. 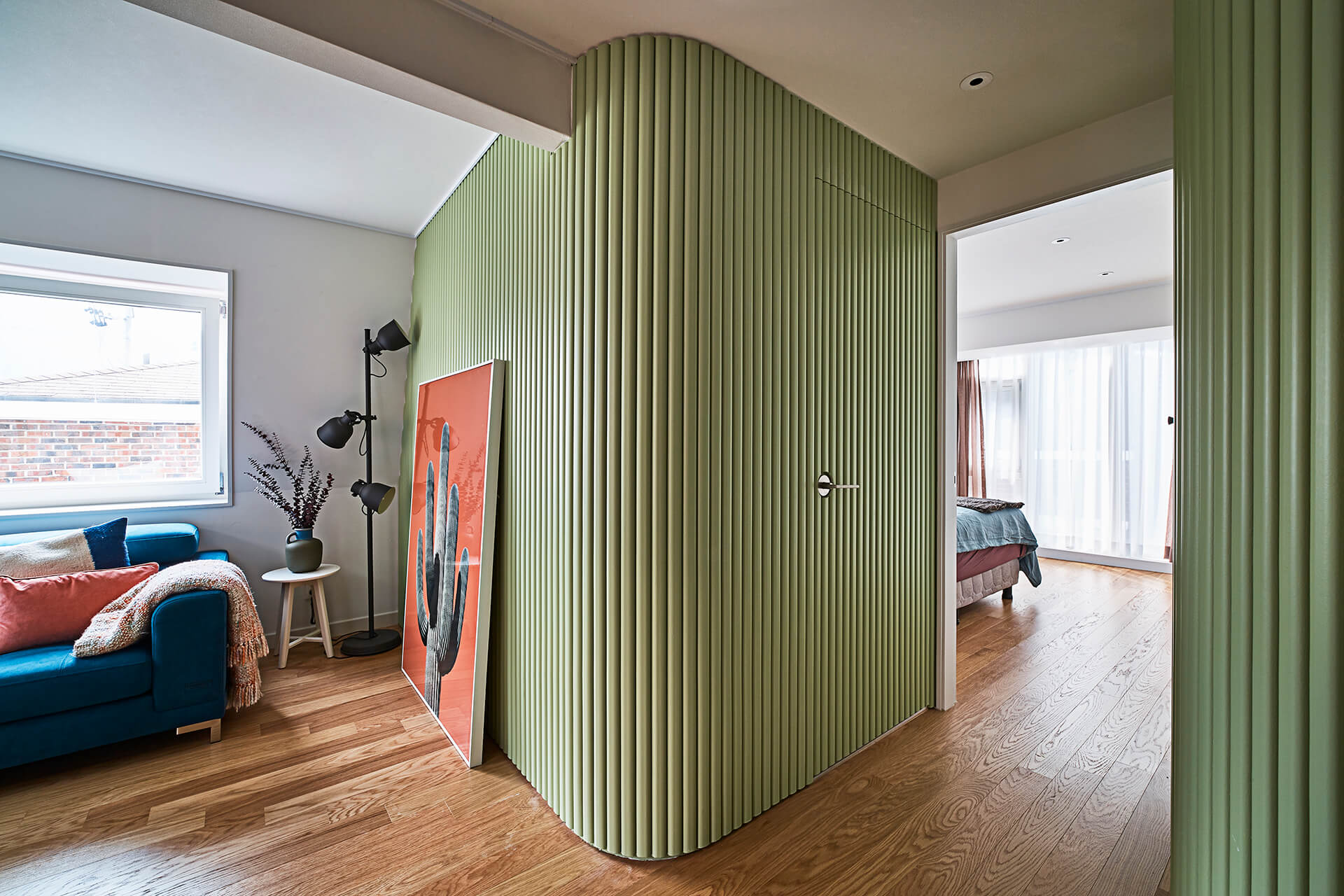 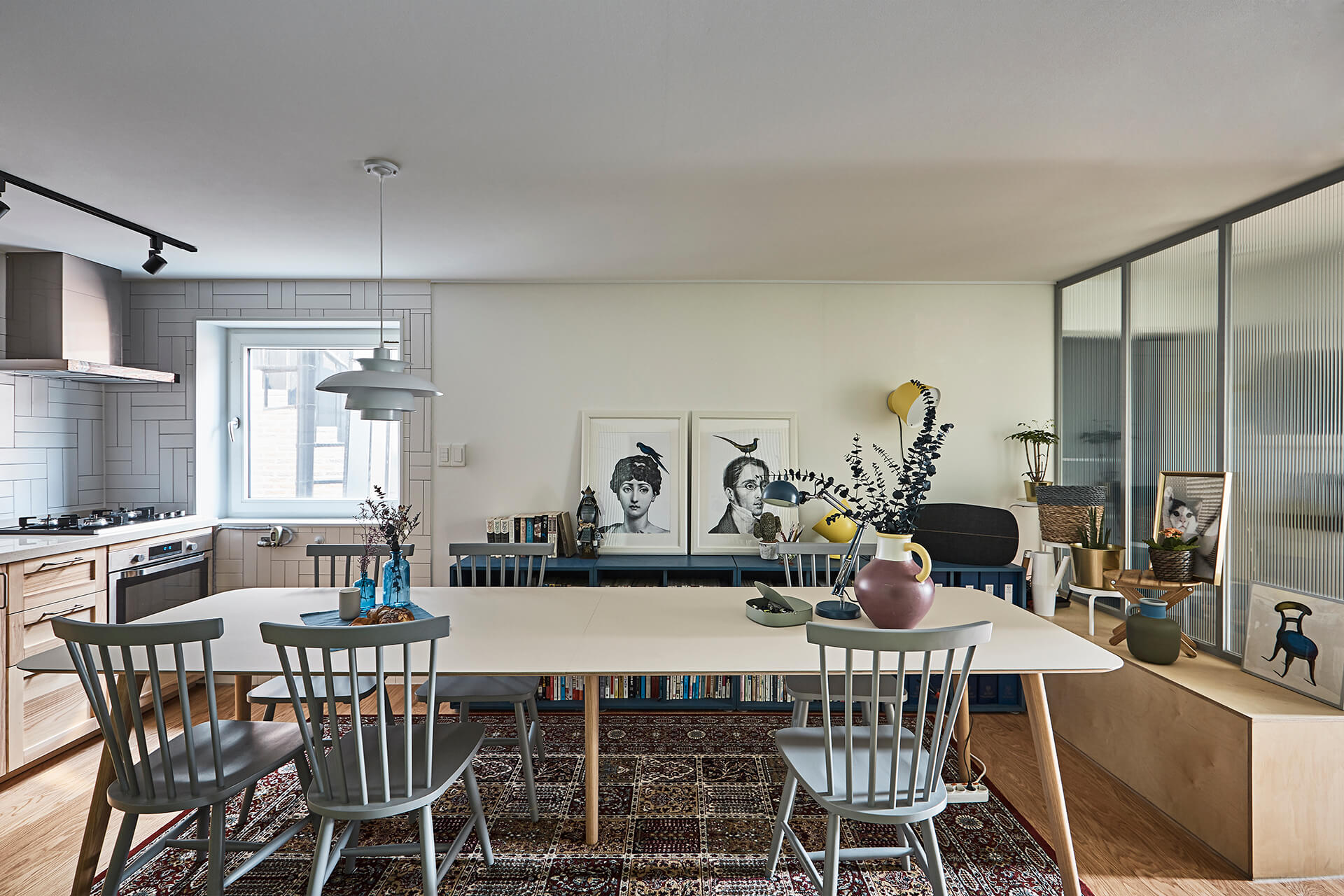 The three-storey dwelling is quite typical of the buildings erected around that time: 64 sq-m, few private spaces and a structural system with bearing walls that can actually allow for subtle spatial transformations. Valle, Yejun Pee and Iago Blanco took these features into consideration to reshift the layout, in order to adapt it to today’s living preferences. Using a curved wall, the team started by creating a new service area in the middle of the house, that could act as a transition zone between living spaces and the sleeping spaces, closing the latter off to allow for more privacy.

Much like Hyehwa-dong, the house has strong links to its past while celebrating its youthful, vibrant present.

The only demolition in the project turned a bedroom into an extension of the living room by removing the door and increasing the width between the spaces, which also increased the reach of natural light. In total, the three MDF elements wrap two existing bathrooms, but also new closets and storage areas – with no need to tear down any bearing walls. The unit now holds more storage and living spaces, while increasing the privacy of the bedrooms. 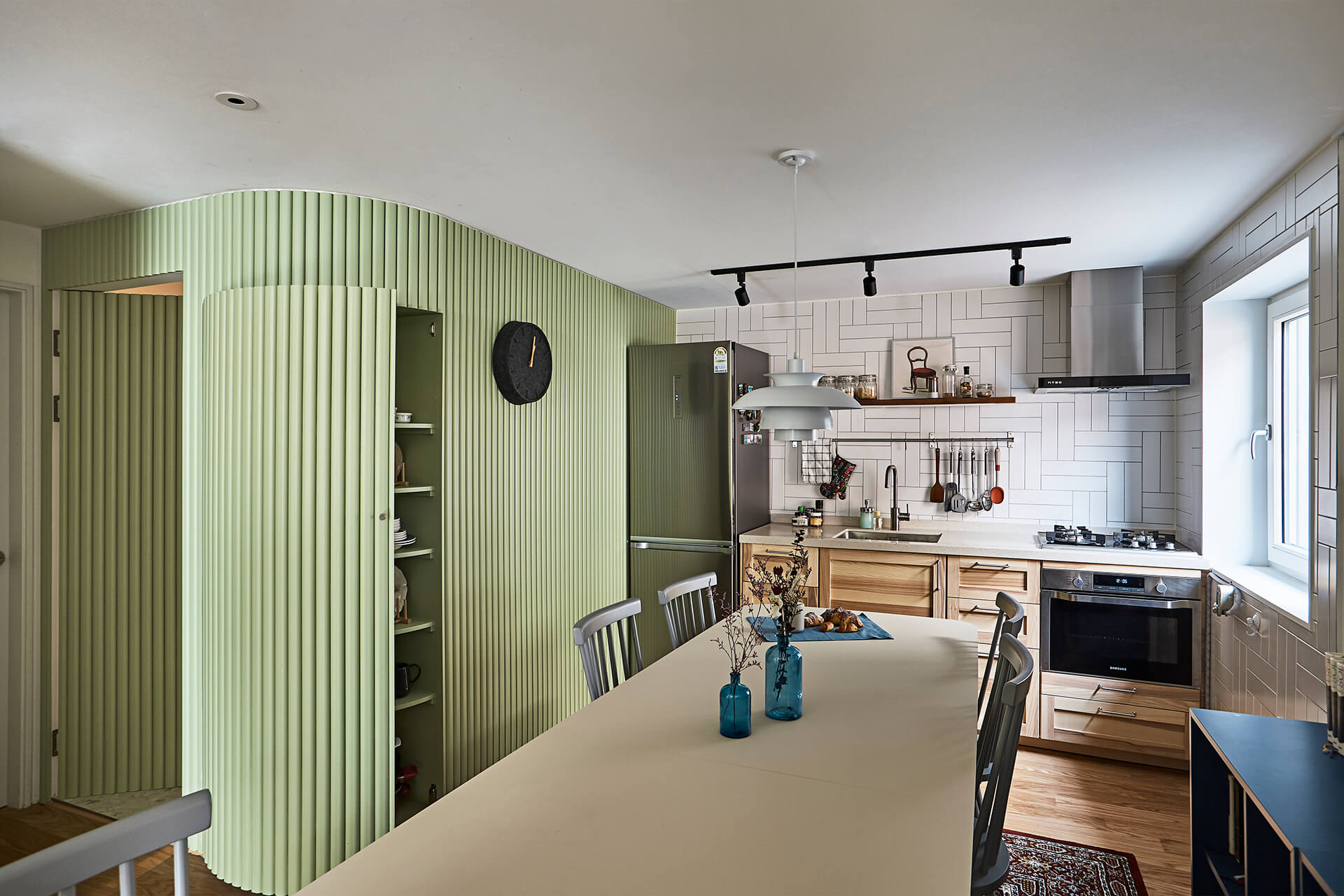 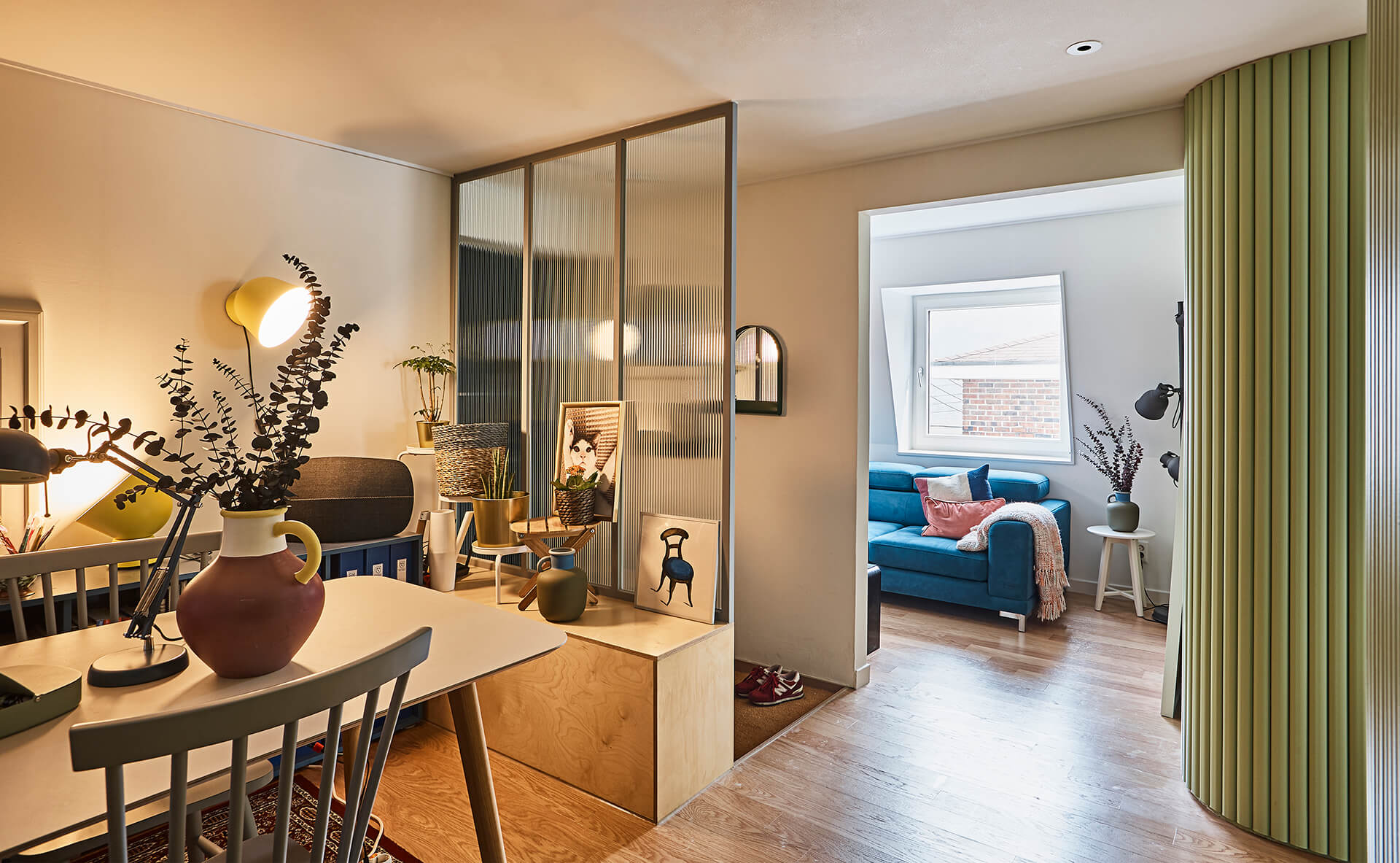 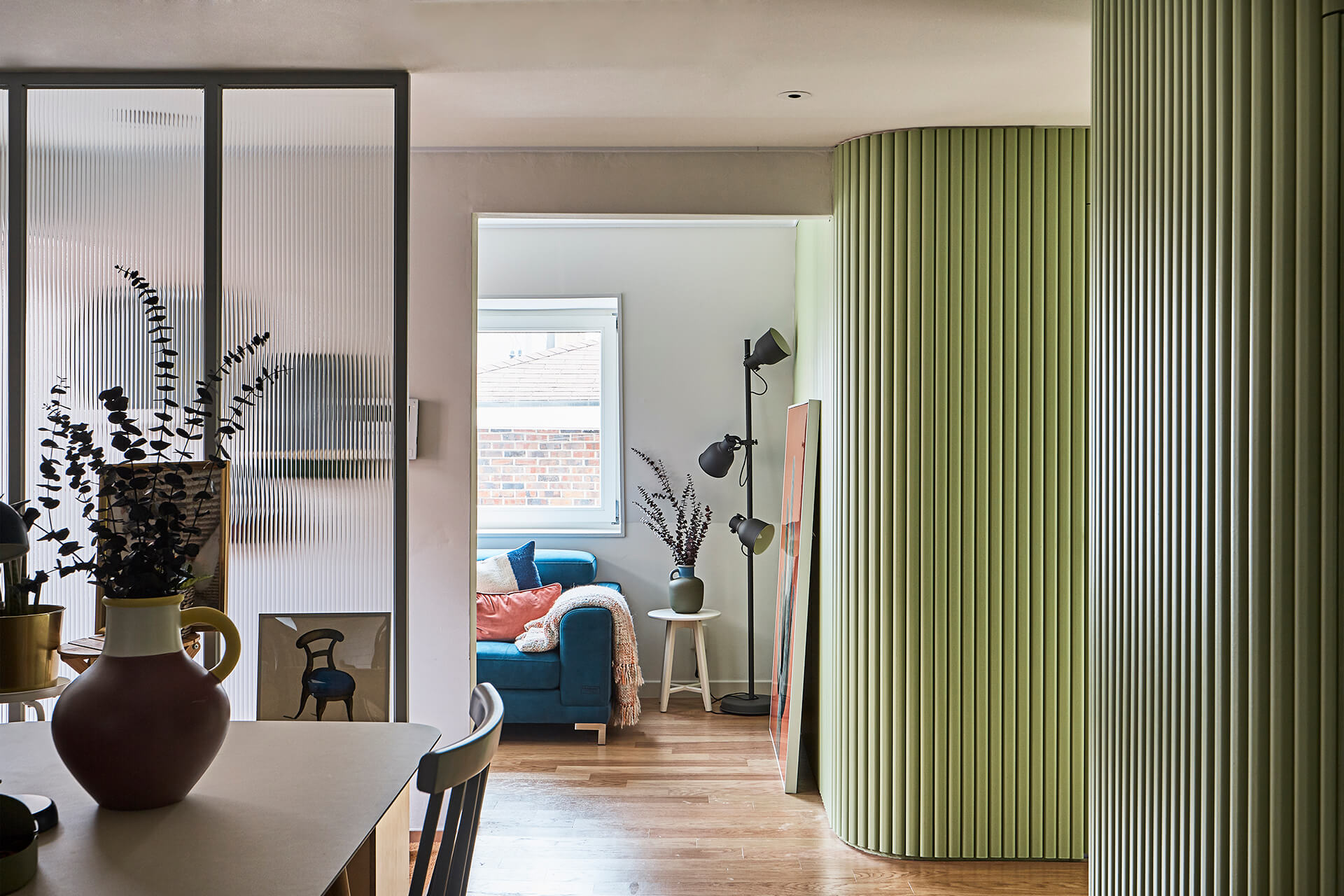 And beautifully so: the green shade and the texture of the wood in the new elements stand in contrast to the neutral quality of the rest of the walls. Much like Hyehwa-dong, the house has strong links to its past while celebrating its youthful, vibrant present.