A co-working space in South Korea gets culture-specific

‘We started the design process by trying to understand the actual users,’ said Kyung-Sik Park. The director and founder of Atelier Archi@Mosphere is explaining his firm’s design of Seoul-based Station Neo. Park refers not to the job descriptions of the co-working space’s clientele – tech specialists responsible for some of the country’s top start-ups – but to the particularities of the local culture. ‘Apparently, South Koreans prefer to communicate in private spaces with a small group of people rather than in open areas with a large group. We embodied this sentiment in communal areas by overlapping small pockets of space. Connecting these smaller rooms to the circulation route forms what we’ve dubbed a “communication hall”, which also minimizes dead space.’ 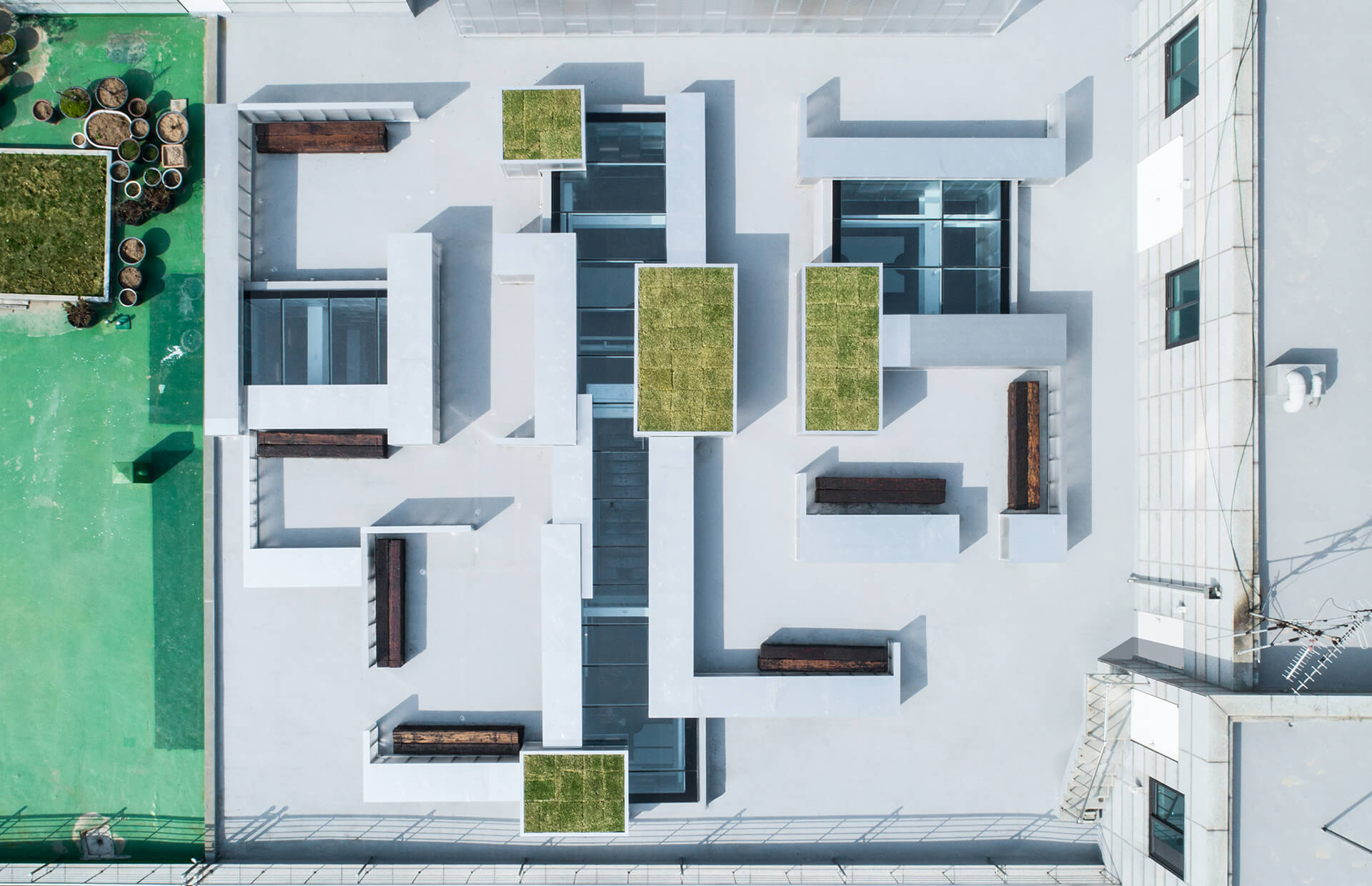 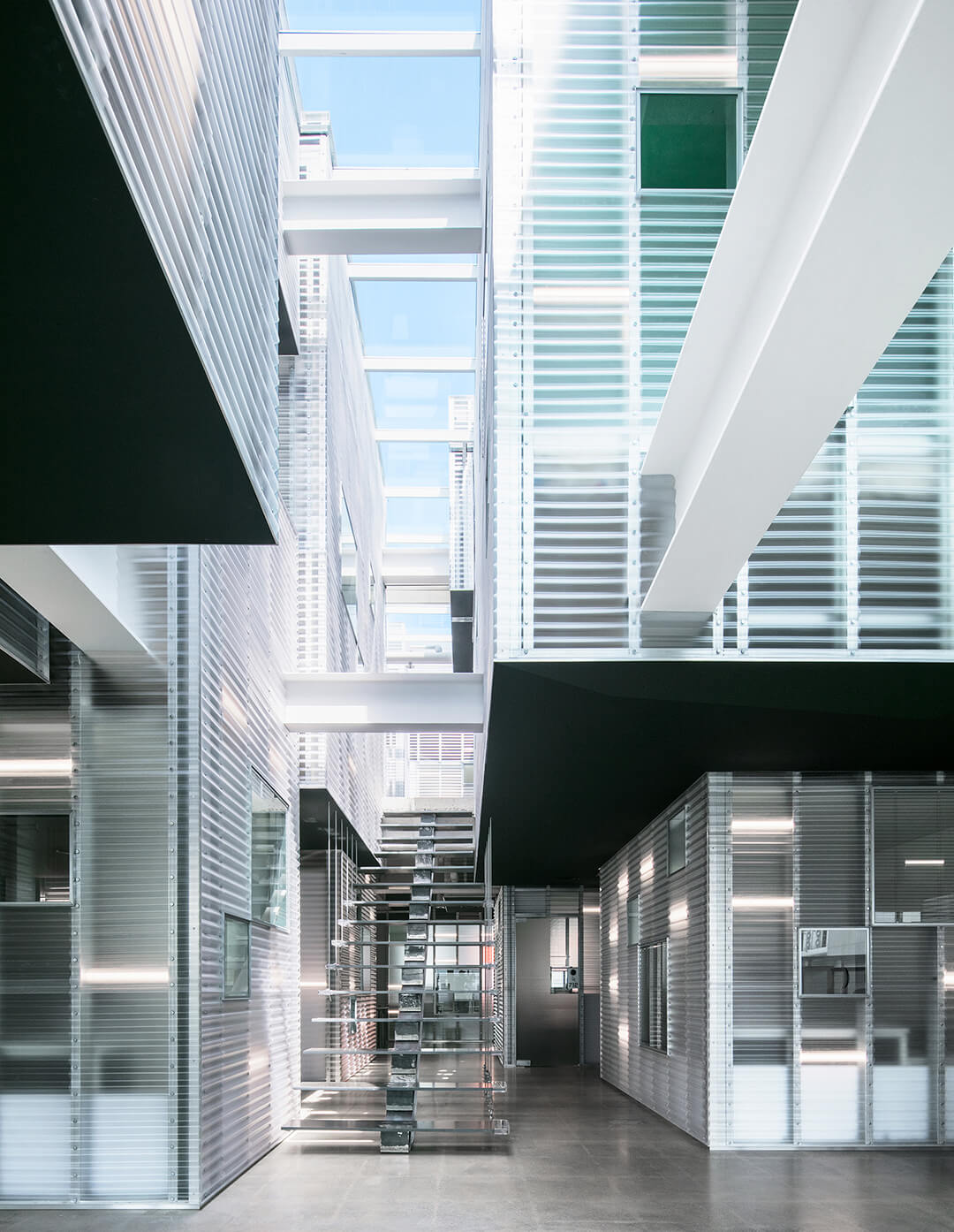 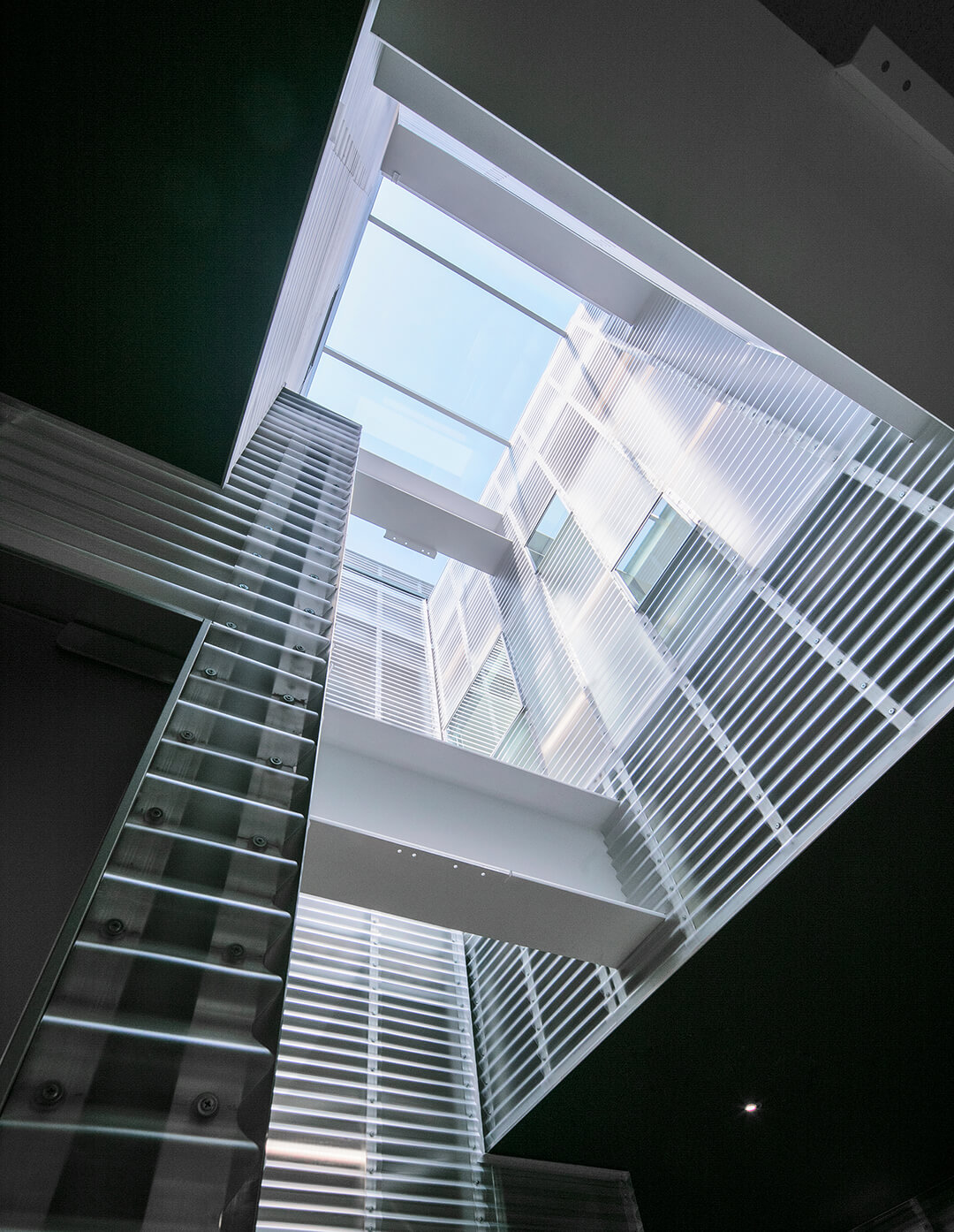 In a bid to mirror the office’s tech-orientated atmosphere, the designers exposed the industrial bones of their intervention by wrapping the lightweight interior structure in polycarbonate panels. Walls of the translucent material rise from dense slabs that extend into the inner courtyard to form boxlike volumes: Atelier Archi@Mosphere’s remedy for the building’s low ceiling height. Polycarbonate has the added benefit of making the boxes appear to sail within the space.

Many ventures of Station Neo’s ilk rely on colour to add visual interest. At first glance, says Park, ‘people tend to think our space is a bit heartless.’ He identifies the abundance of natural light streaming into the workspaces via skylights as one of Station Neo’s strongest attributes – a feature of the design that also increases productivity. ‘Nature provides us with a constantly changing palette, a variation of light throughout the day that enriches the internal space. Once people visit the workspace, they realize it’s not heartless at all.’ 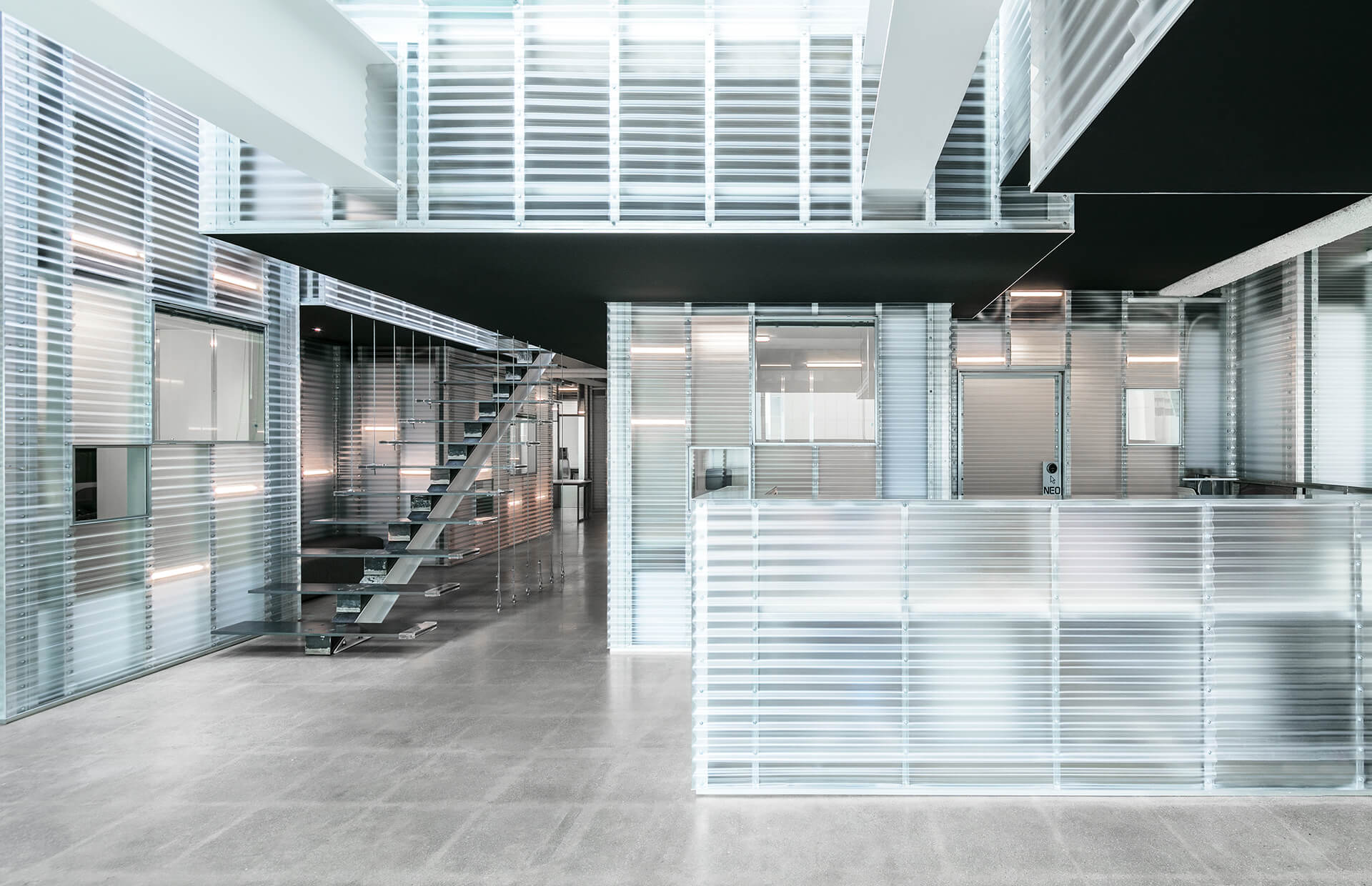 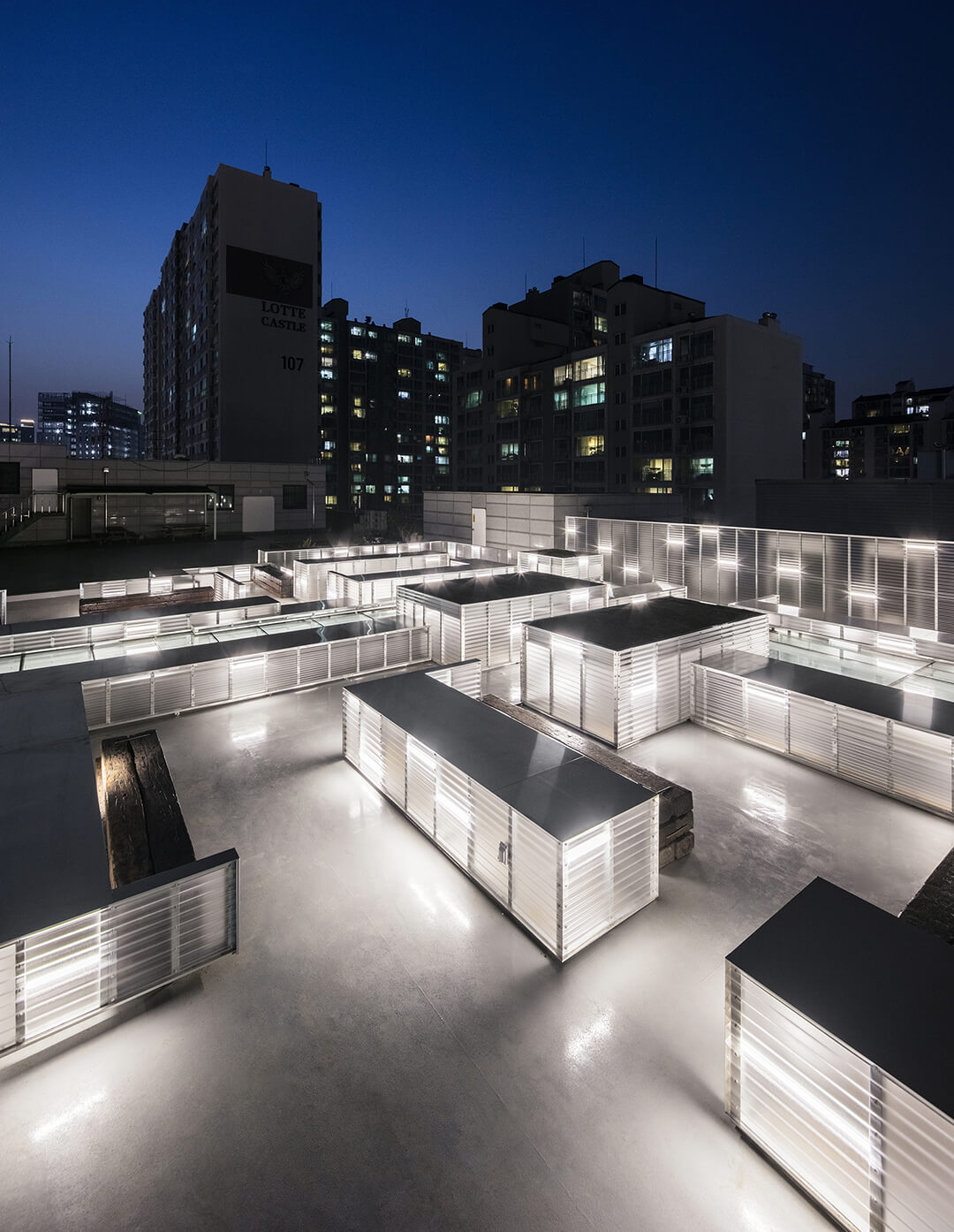 Station Neo’s South Korean-specific sentiment may suit its local clientele, but as the working world becomes increasingly interconnected – and as global co-working companies like Roam and Selina continue to appear – how can interiors ensure inclusivity? Coming full circle, Park suggests that it’s all down to understanding the users. ‘I think that places meant for people with various cultural backgrounds should broaden mutual consideration and understanding. The answer seems to be spatial diversity.’

This piece was originally featured on Frame 125. To read other case studies on workspaces, you can purchase a copy here.