After the devastating blow of a massive hurricane and the effects of the US housing crisis, Louisiana has become a promising canvas for entrepreneurs and innovative start-ups. New Orleans’ investment in cultivating tech companies has led to a rebranding of the city's historic centre as the Silicon Bayou. The clever nickname emerges from a burst of co-working locations, such as the recently opened The Shop, that offer space for a growing number of burgeoning companies. 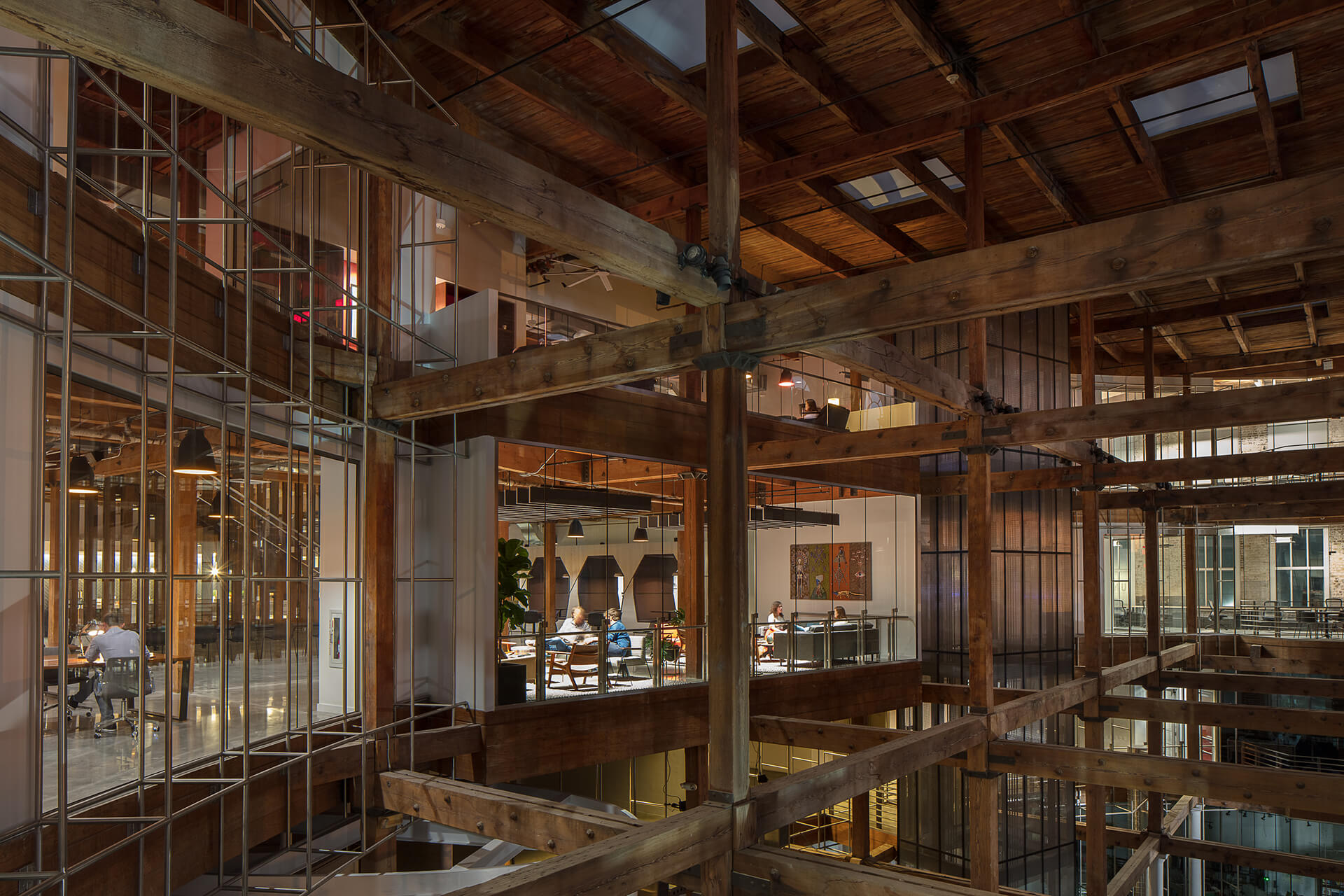 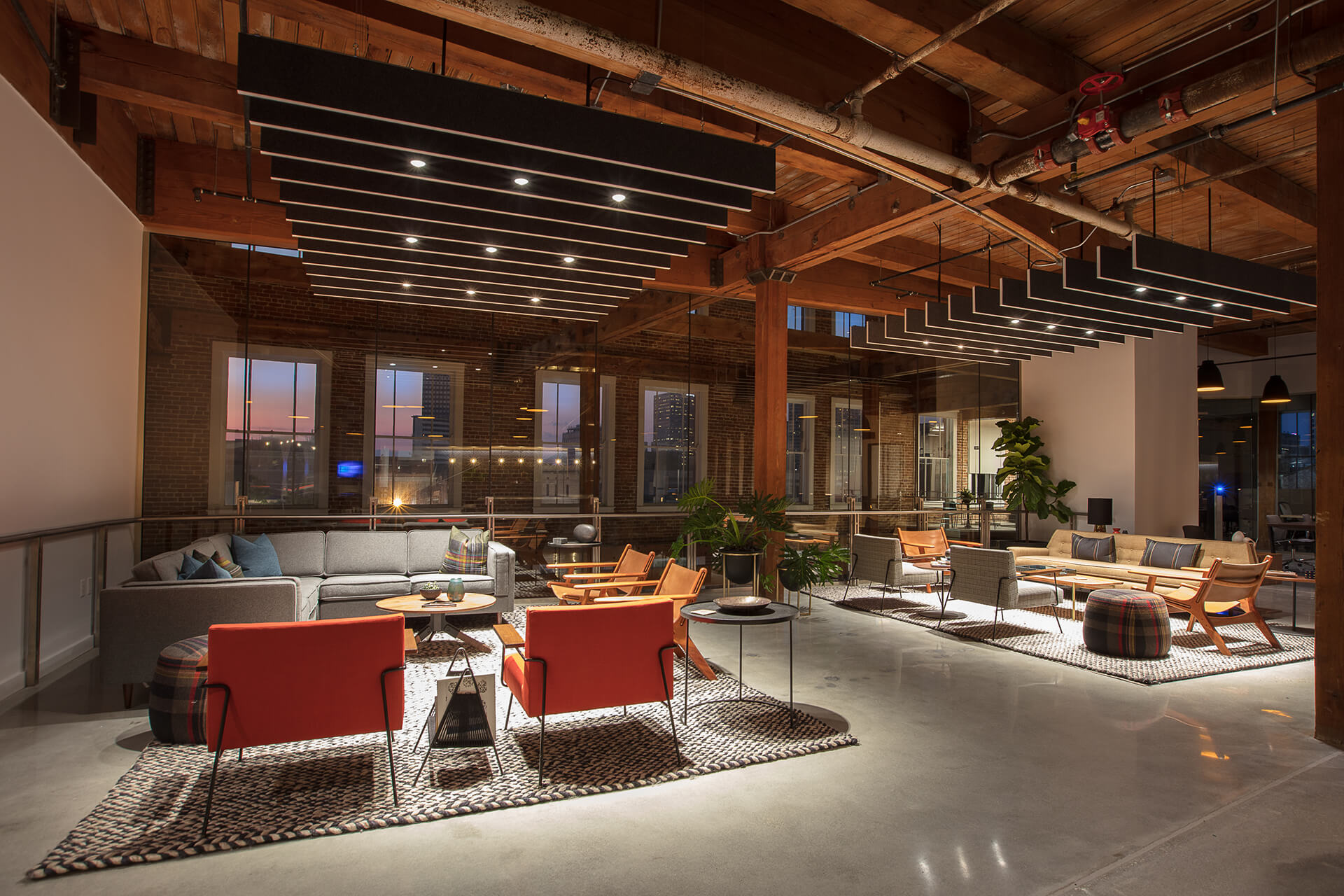 Designed by architecture studio Eskew+Dumez+Ripple, the group uncovered the top two floors of a 1920s building to reveal its sprawling architectural history. The former warehouse – home to the city’s Contemporary Arts Center since the 1970s – has invited The Shop to create a positive environment for individuals and start-ups focused on technology, arts and cultural-based businesses. The exposed brick and pinewood beams are supplemented with murals from Californian-duo Cyrcle, along with a speckling of artworks integrated throughout the two floors. The expansive levels reference an ecosystem similar to that of the city: after being stripped back, the people summon the spirit to rebuild. 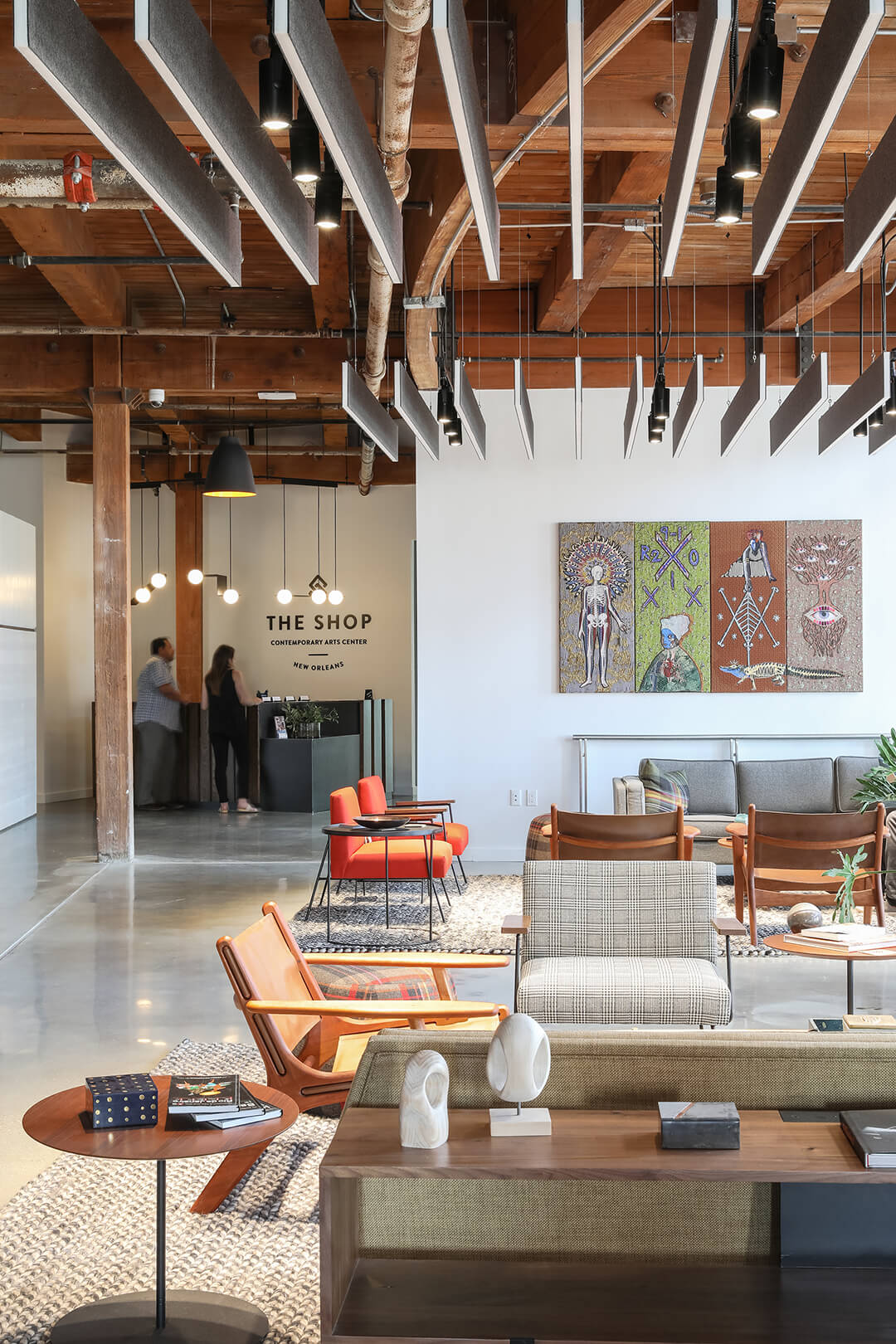 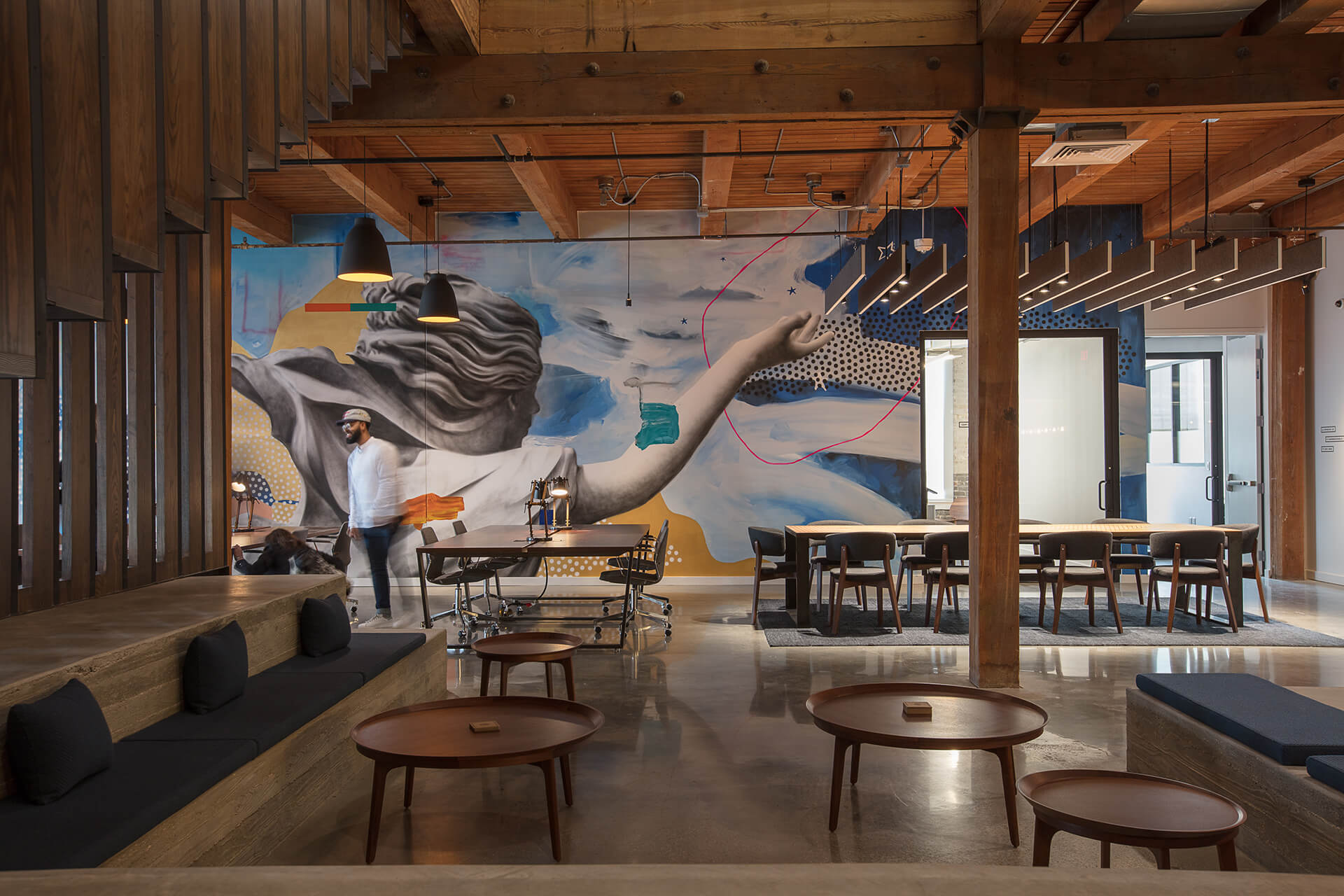 And indeed, New Orleans has experienced a great resurgence. Following Hurricane Katrina, the city has designed a generous 25 per cent tax incentive for angel investors that provide support to businesses in Louisiana, while a number of non-profit organizations are fueling start-ups to encourage economic vitality. Companies like Acrew, an employee screening software, and ExemptMeNow, which allows non-profits to incorporate simply, are both run by women, illustrating New Orleans’ standing as one of the best places in the United States for women in tech. What’s more: since 2006, the city’s cultural industry has registered a growth of nearly 160 per cent. And with 27 per cent of this sector being self-employed, it makes sense that co-working spaces such as The Shop are in demand. 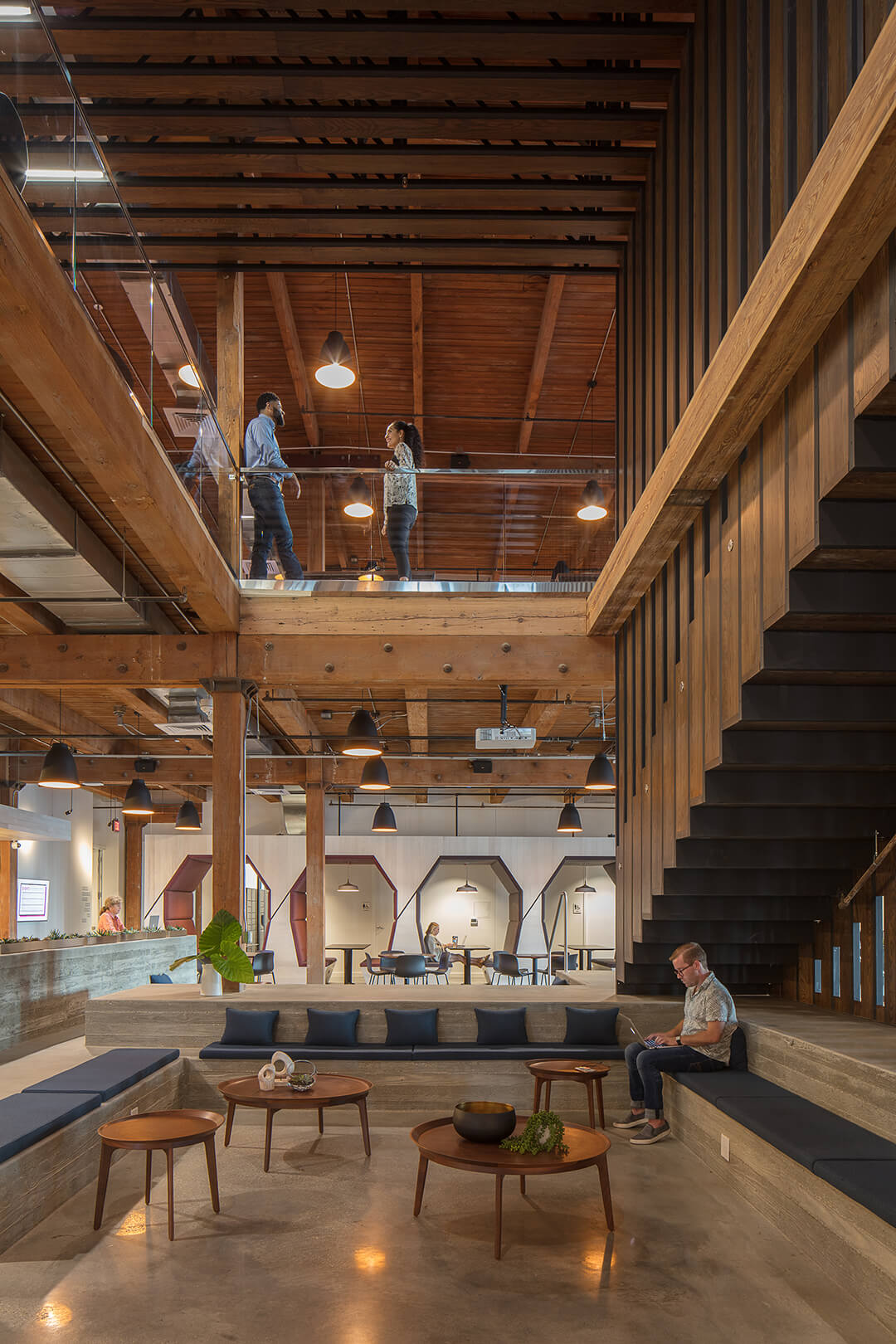 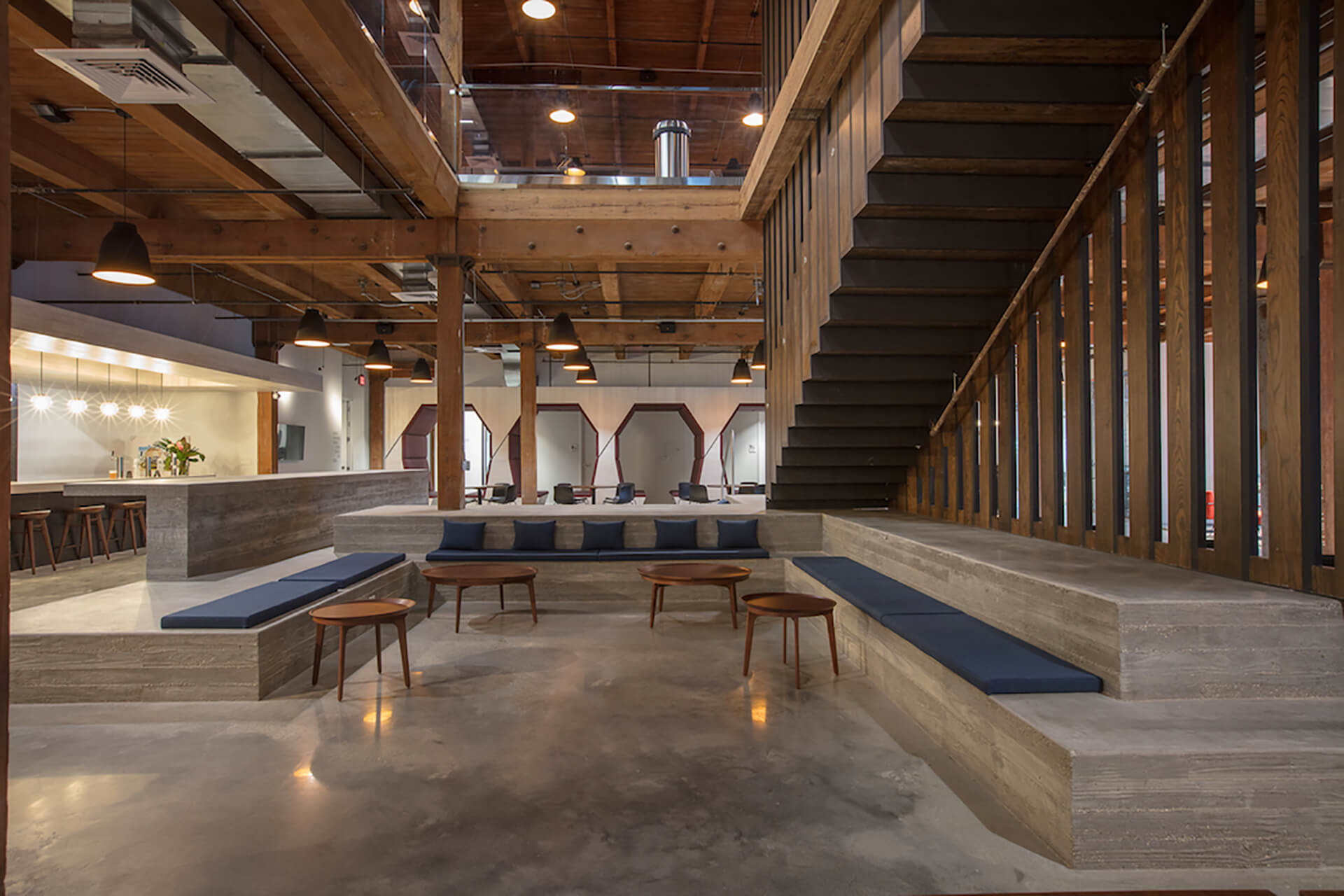