During the 2016 Global Department Store Summit, La Rinascente in Milan was awarded the Best Department Store in the World accolade. That success has to do, in great part, with the vision of vice chairman Vittorio Radice, a retail veteran who came to the Italian department store by way of Selfridges.

What were the setbacks he faced when he initially joined the company, and how do they mirror the challenges faced today by physical fashion retailers?

This is a condensed version of the conversation that fashion critic and editor-in-chief of Wallet, Elise By Olsen, held with Radice for the upcoming issue of the publication, titled Champions of Commerce.

How have fashion retailers, and in particular department stores, evolved?
VITTORIO RADICE: Department stores have gone through a lot of trouble. For more than 100 years, especially between 1850 and 1970, they were beautiful cathedrals of shopping. The first set of problems were created by wanting to pursue the specialised chains that flourished during the 70s. This ruined department stores, because they started to follow a route that was not theirs. Cathedrals couldn’t compete with corner shops.

The second problem started around the turn of the millennium when e-commerce arrived, and department stores wanted to pursue that business as well, trying to compete with pure e-commerce players. Instead, they had a real treasure in their hands that they were not able to express. I think successful department stores went back, looked at their real assets and valued them, put real energy behind them instead of pursuing something that was not made for them. 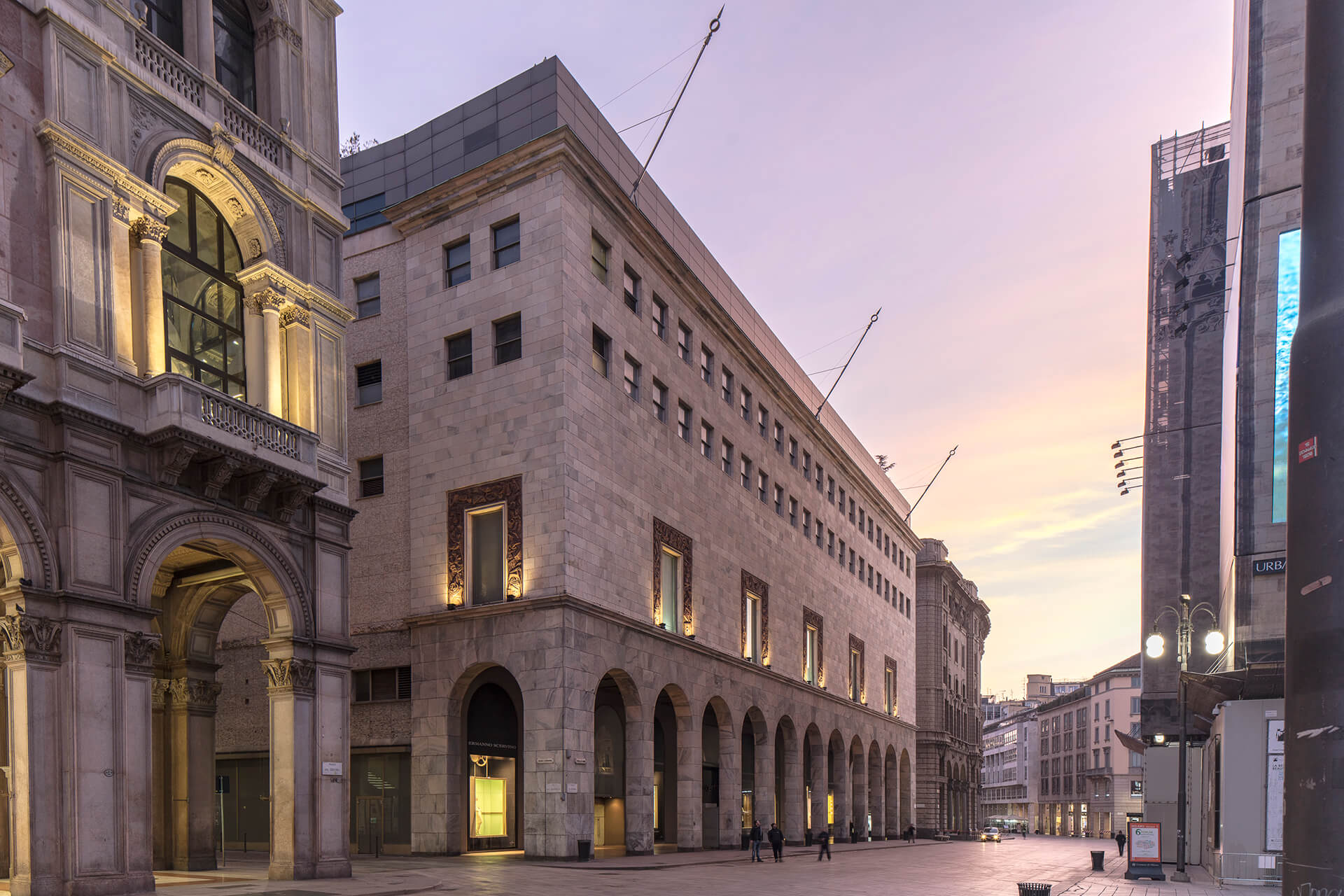 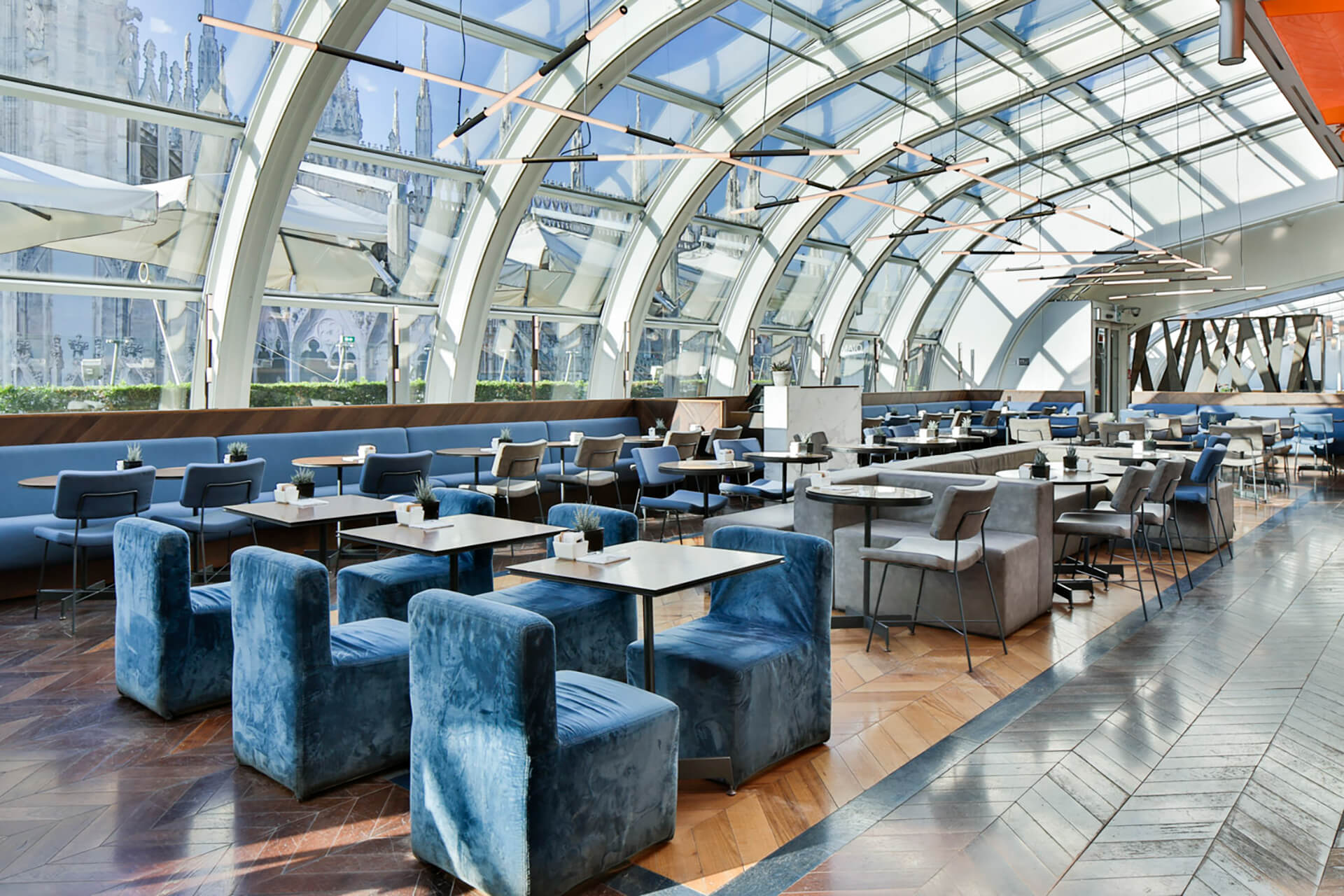 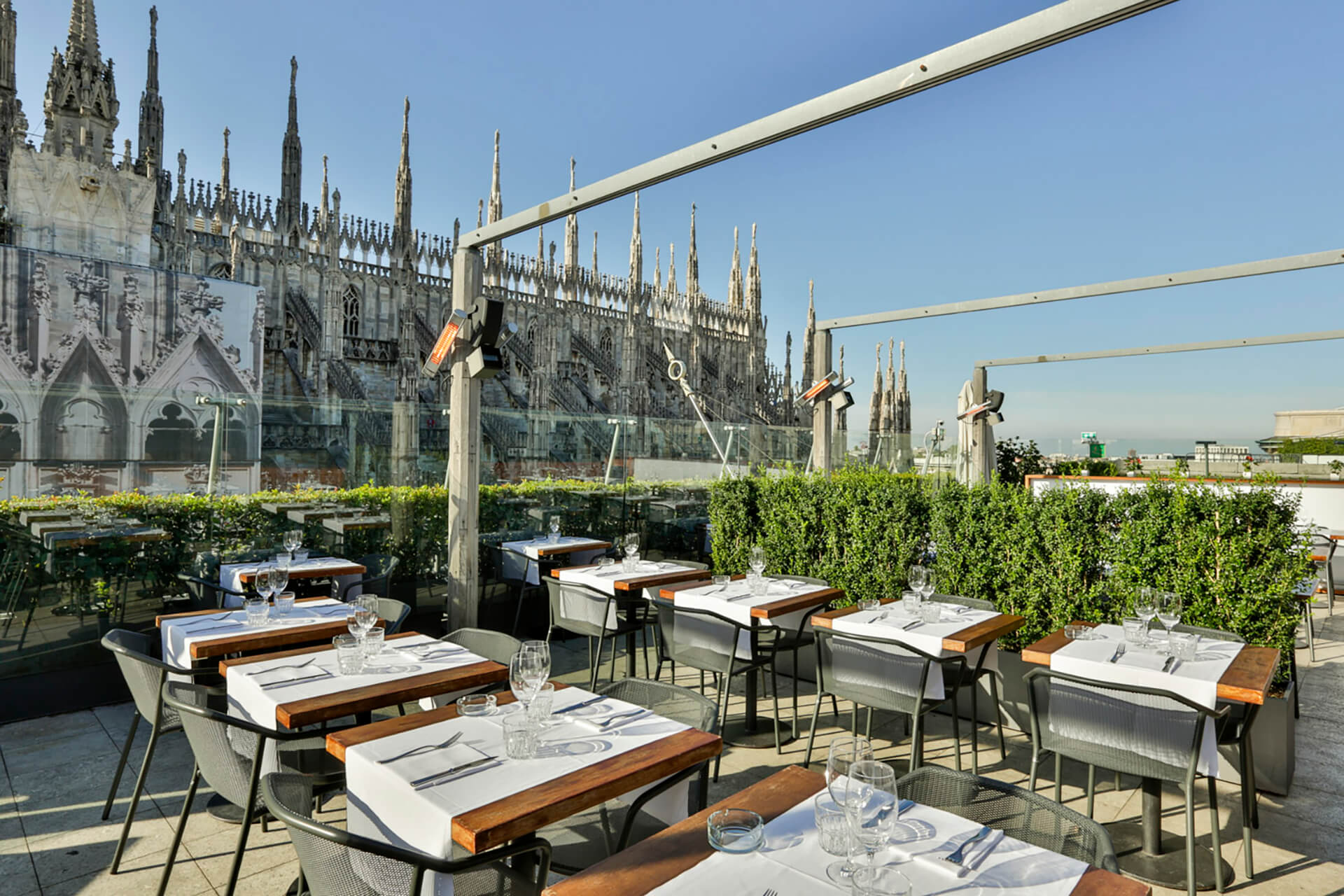 What were the challenges of La Rinascente when you started working there?
When I started, La Rinascente was just a chain of stores: Turin was store number 34, Palermo number 35, Florence number 36 and so on. There were no plans, no initiative, no ambition or intention to really become the store of these historical cities – they could just as well be in a shopping centre outside of Florence as much as in its own building looking over Brunelleschi’s Dome. The ambition of being a real expression of Italian design, the original foundation element of La Rinascente, disappeared a long time before my arrival.

When we picked it up it was a desperate collection of stores selling everyday mediocre products in an obsolete environment. The absence of Made in Italy was evident. Since then, it has been a very long process of recreating the company, re-introducing and embracing the language of design in all its expressions. Some stores we had to close, some we had to relocate or open, including a new flagship in Rome. However, the biggest change finally occurred with the appreciation that, in retail, the idea of constant change is an everyday occurrence.

La Rinascente was acquired by Central Retail Corp, which now also owns Illum and the KaDeWe Group. Is this a healthy development when considering the fragile diversity of department stores?
The effort for us today is to make sure that each and every one of our stores reflects and represent the city. A store in Berlin and a store in Rome operate with different ethics and aesthetics. Our ability stands in avoiding standardisation as a way of doing things. It’s only by doing that you will attract both locals and visitors to the city. What is the first thing you expect to see when entering the store in Rome, versus in Berlin? The answer to this question should give you a steer on how we plan to develop our stores.

The difficulties arise when you have to manage a chain of 20 stores, each one in need of its own expression. If you want to do that, you need to be in the best location in town, be the number one store and the biggest store; the lighthouse that drives and participates to the life of the city every day, almost working alongside the mayor. If there is a marathon or a sports event or a music festival, the store needs to be there. Think about Macy’s Thanksgiving Day Parade; that’s an example of what a department store should do in their cities.

Logically, when you become a chain with 500 stores, from small provincial shopping centres to a 500,000-sq-m building downtown in a megacity, it’s difficult. My recommendation is to break down those large chains into smaller units, each one with some sort of symmetry, logic or way of doing things that are particular to similar locations. 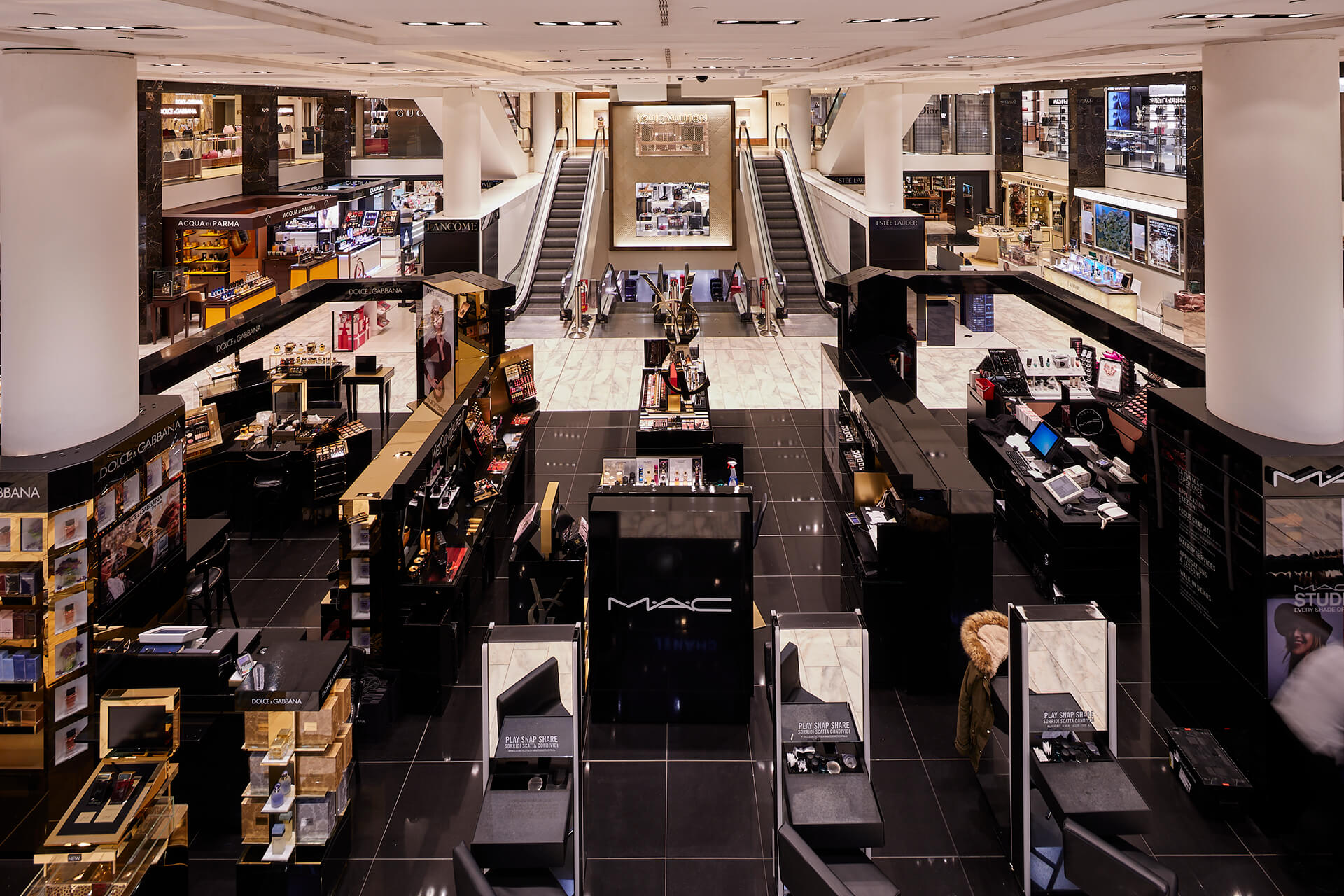 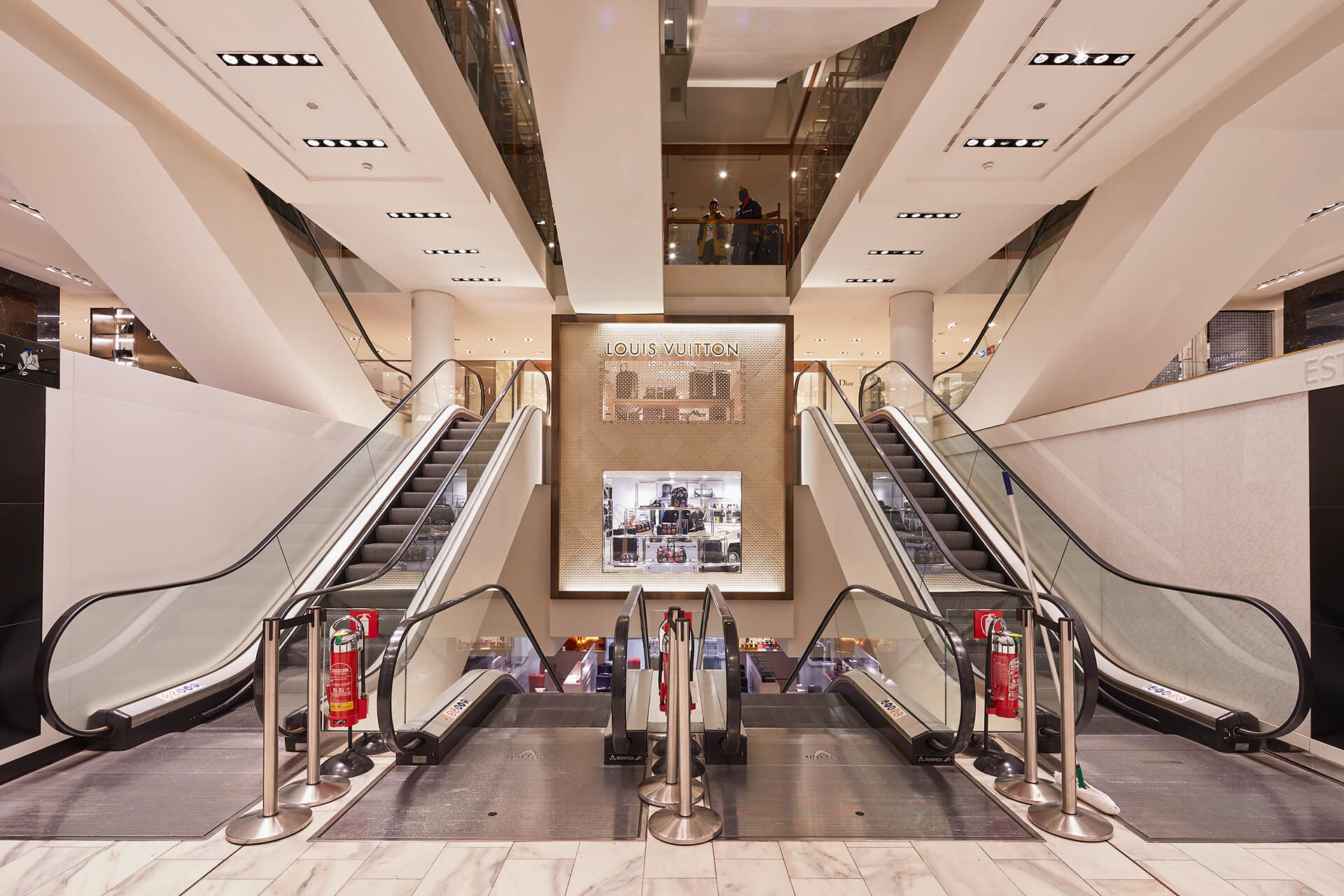 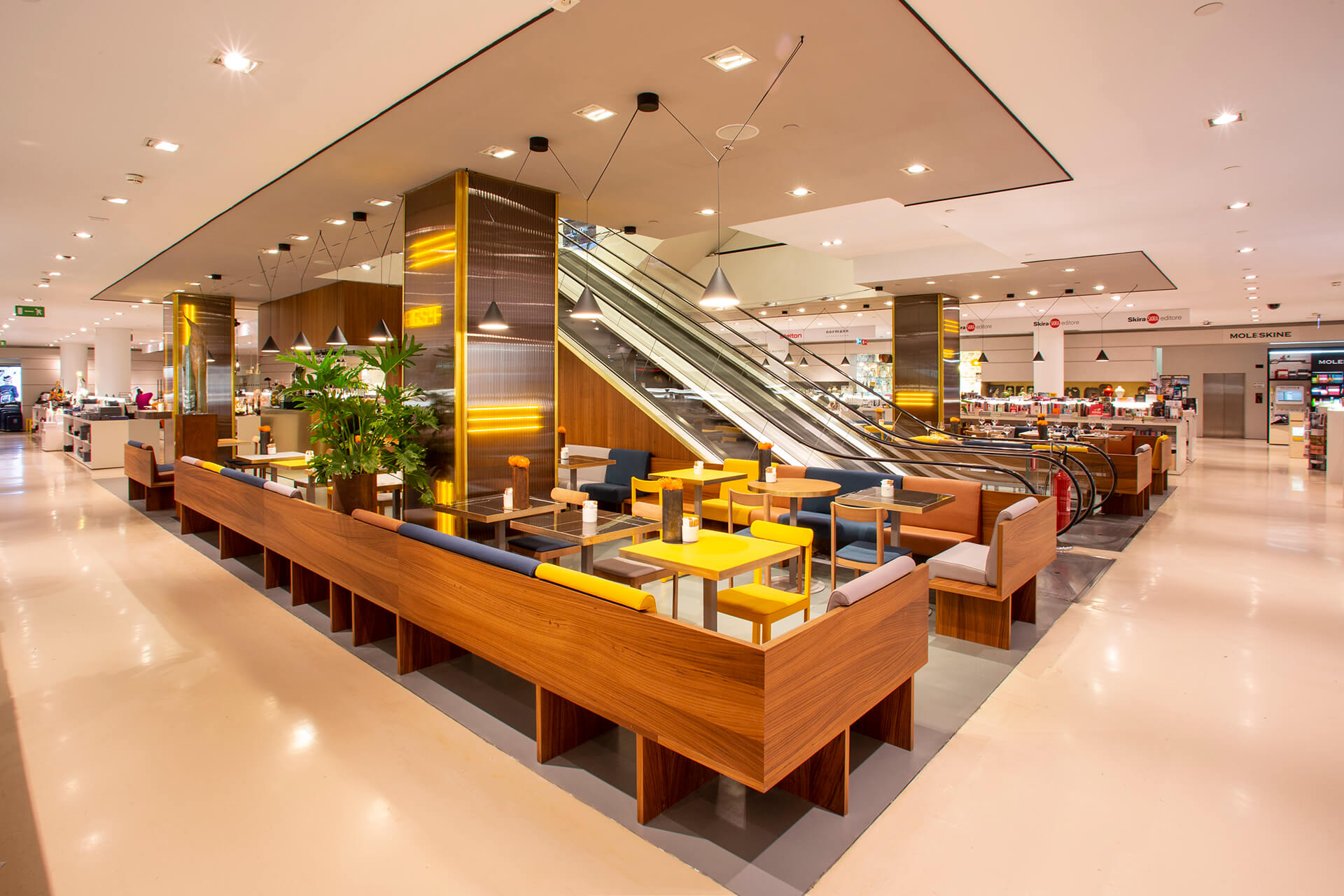 If you own a big piece of real estate in the centre of a major city, you have a huge responsibility to keep that city centre alive

So, if the department store is an active participant in the life of city centres and as an urban collider, is there a need to create physical meeting places in urban spaces today?
If you own a big piece of real estate in the centre of a major city, you have a huge responsibility to keep that city centre alive. If you don’t do a good job, it’s not only you suffering, but the entire city will feel the pain. There’s a large shop in Venice, near the Accademia, that has been closed for about 15 years. Over the years all neighbouring shops closed as well. Now the entire area is depressed. Keeping these anchor stores alive and healthy is mandatory for a city to progress.

The same goes for department stores. Imagine us doing bad windows. We have people, perhaps 10,000 of them, going to work every day, passing by in front of our store. I believe that if our windows are inspiring, if our lights are on, if our building is clean, they will arrive at work happy and full of energy. However, if the windows are closed, if the street is dirty, and the building is falling apart, they will arrive tired and miserable. We are in the city centre! Most of the time, department stores are the best and biggest open building in town, and with that comes a huge responsibility of keeping the city alive.

What are other challenges when thinking about the future of the department store – and the future for retail? Are there things you would want to change?
Definitely! Every time we go to see a store, we want to do things differently. If you invite people to your house, you want to present a beautiful contemporary home, with the table prepared and ready for a nice meal, the food on the stove, and a bottle of champagne in the ice bucket, ready for a toast. That’s what you want, right? Similarly, we want our stores to be fresh every minute. Ready to welcome our visitors, and deliver the best impression on them. Something they will feel proud to talk about and recommend. In order to do that, we need constant adjustments of layouts, brands, mechanics and ways of working. That is quite complicated in very big stores, but they all share one thing in common: the desire to be alive and kicking.