Here in the Netherlands, Tilburg is known for its flock of sheep —up until the 1960s, when the industry collapsed, it was referred to as the wool capital of the country. It was also known for the massive worksite of the Dutch National Railways — but when the yard closed, it was purchased by the city and is now a lab of urban renewal. One of those projects is a new public library, the LocHal, located inside a former locomotive hall.

So, when Delft-based architecture firm Mecanoo was hired to work on the interior design, they saw it as an opportunity to nod to the city’s old icons while creating a new one. That’s because, with 7,000 sq-m to use and its central location, the library had the chance to become more than a place of research and reading — it could, in the words of the Mecanoo team members, become the city’s new living room. 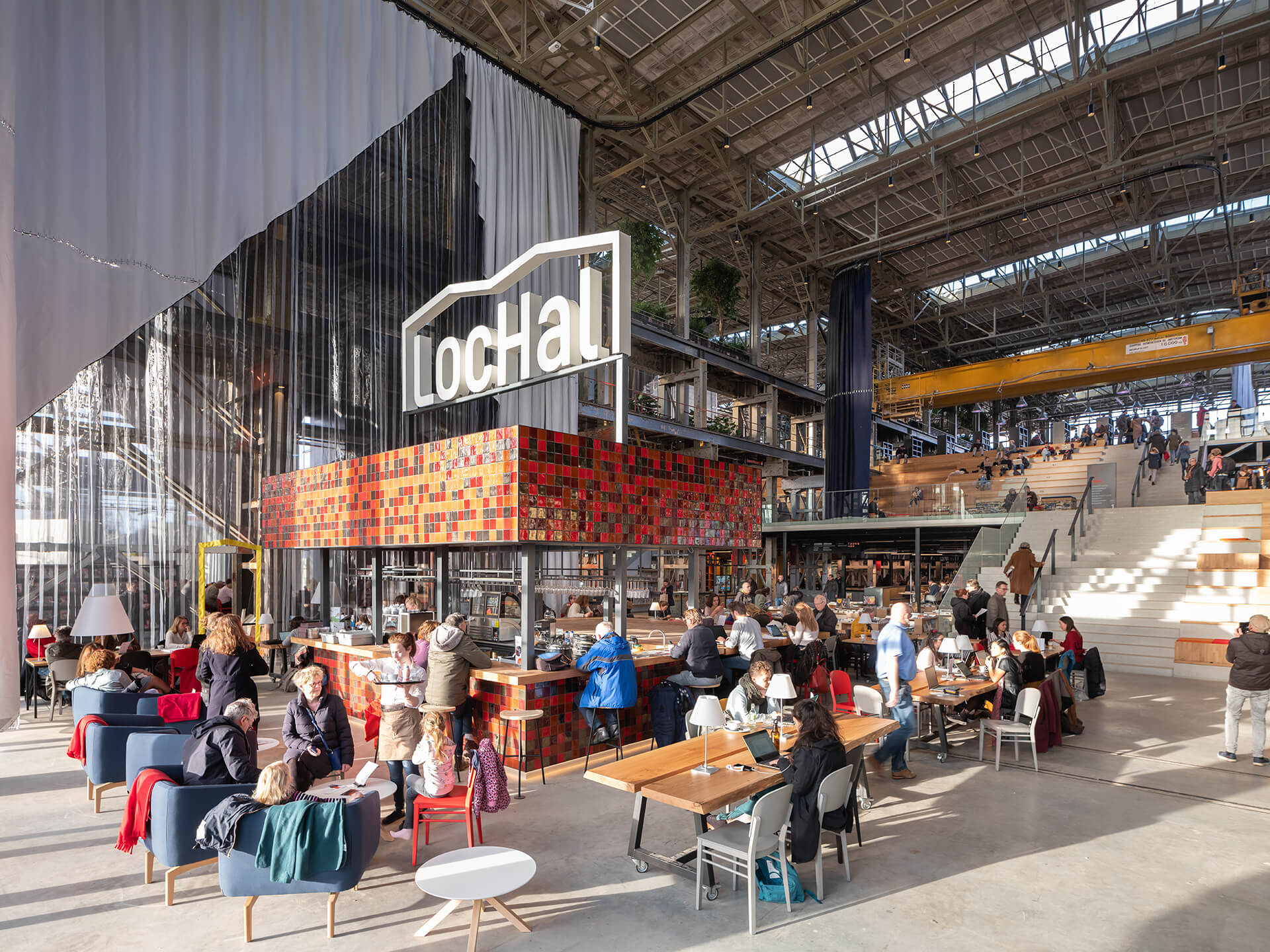 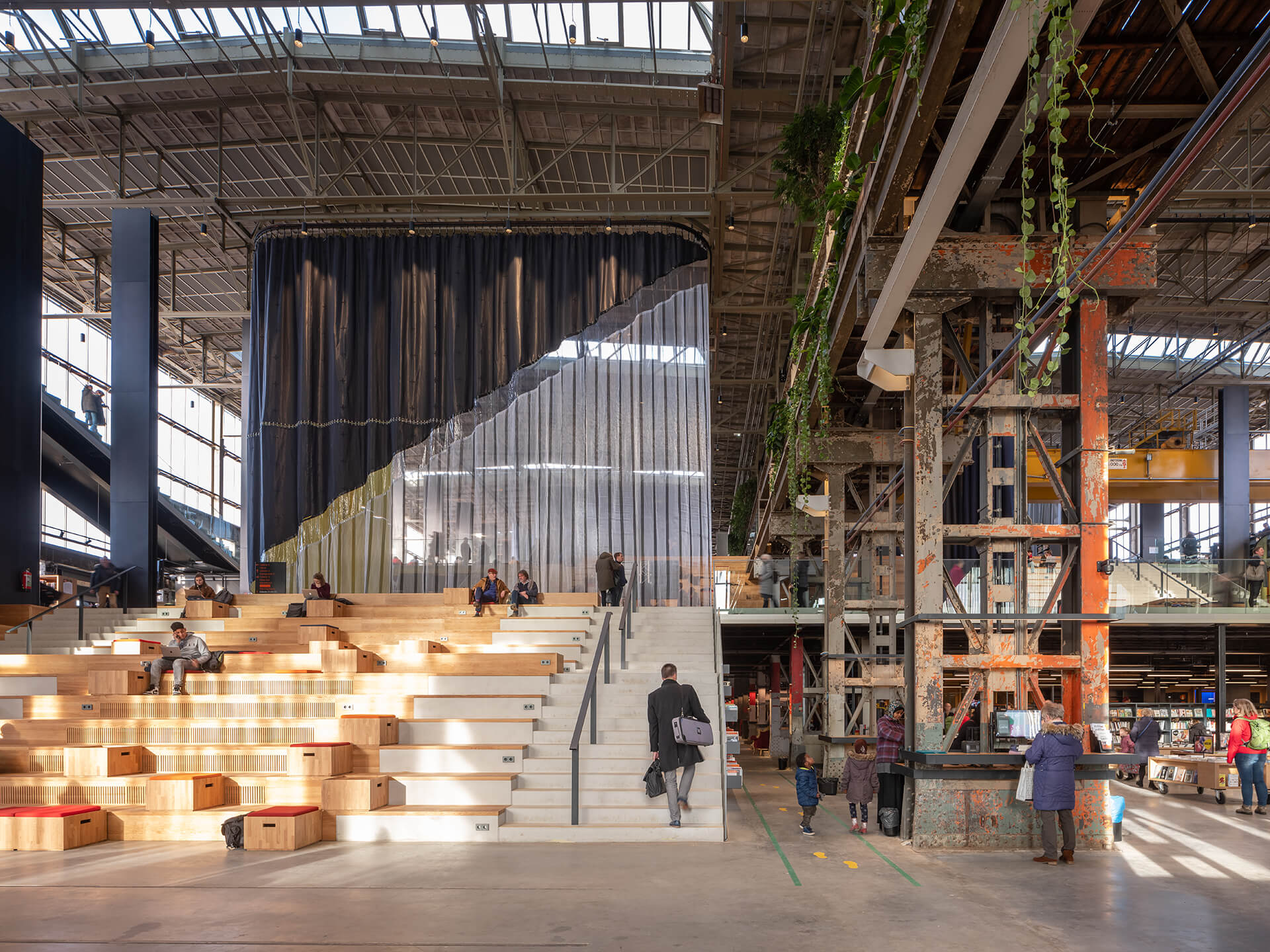 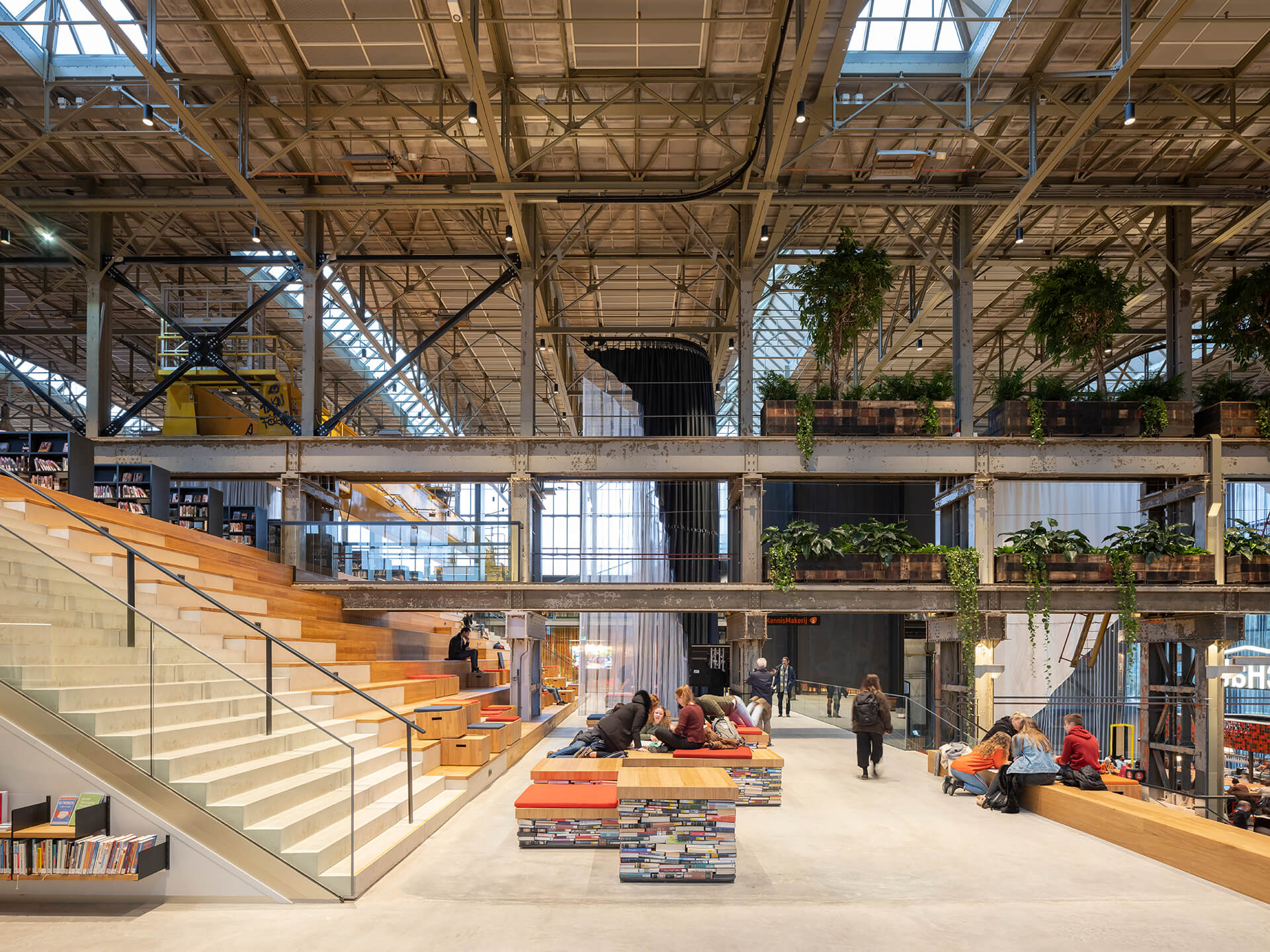 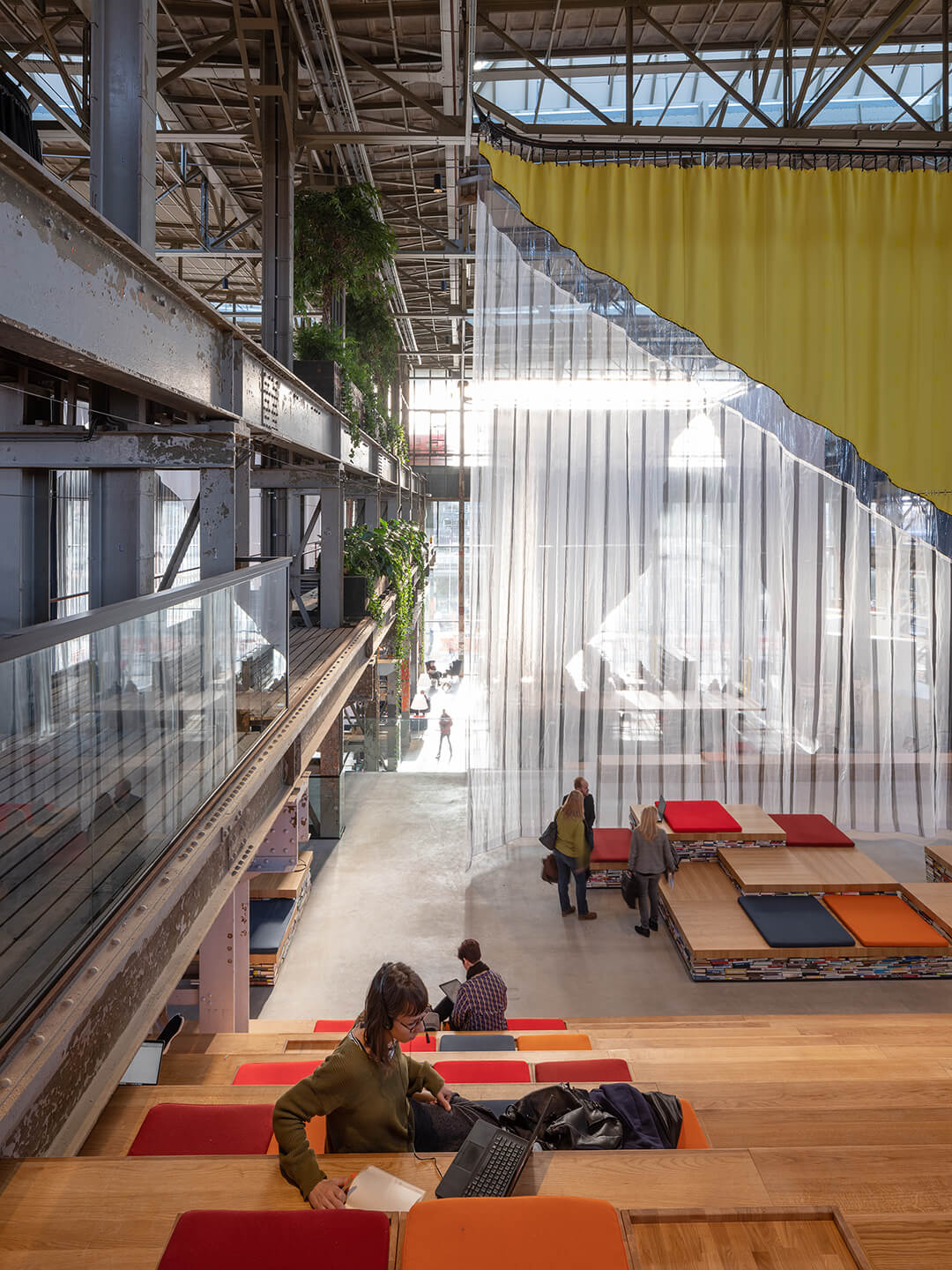 The nods to the city’s past are there. For example, in a space full of hanging textiles designed by Inside Outside, the old train tracks are left visible in the concrete floor — but they’re now used to move three large wheeled train tables for the city café. When shifted just so, the tables can actually form a tribune, a catwalk or even a stage for events. Or take the so-called interior street, where historical industrial columns are fitted with tables and a bookcase wall displays works of art. At LocHal, the elements salvaged from a former industrial life now speak of social potential.

And this library is indeed a social space. Last summer we highlighted the case of a small Japanese city where the new library became the hip meeting place for young people. A few months later, there was another case in the north of Netherlands, with a new library designed to be the hospitality anchor of a maligned city centre — a space so consciously designed it earned the prize of the Best Public Library in the World in 2018. As digital availability overtakes the role once exclusively served by these institutions, libraries are being reborn as places of physical gathering where citizens can take free and flexible ownership of their public spaces. 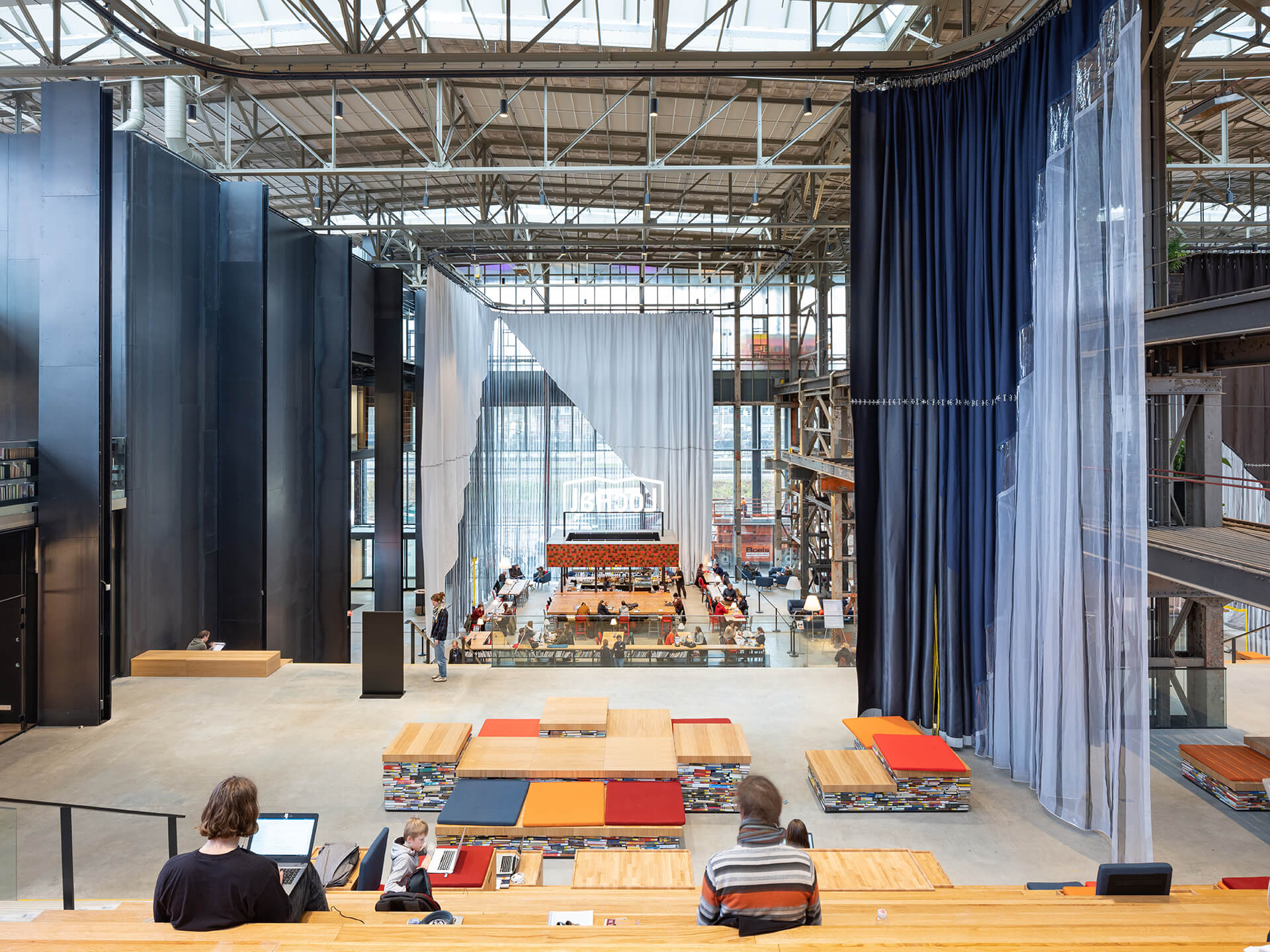 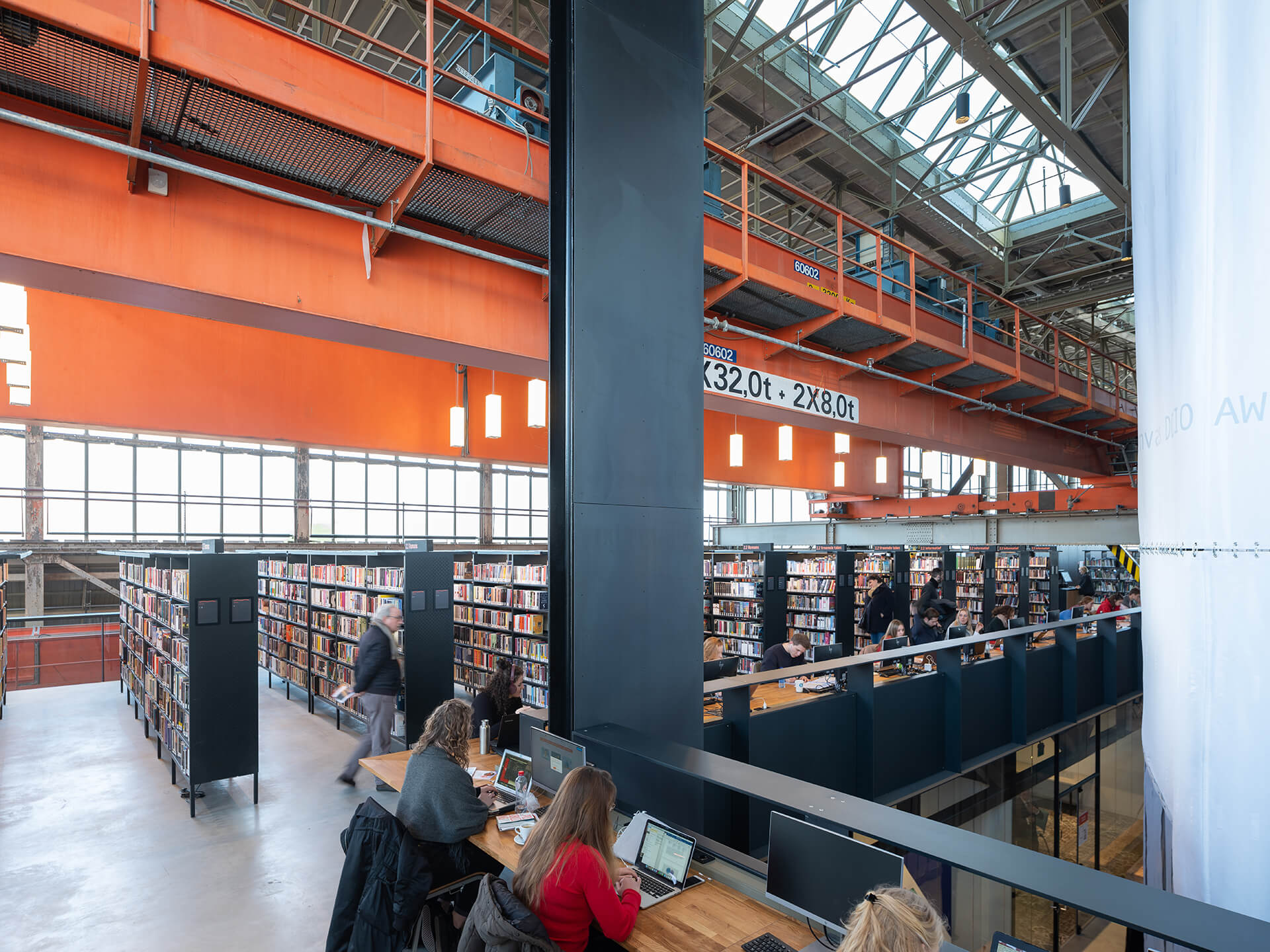 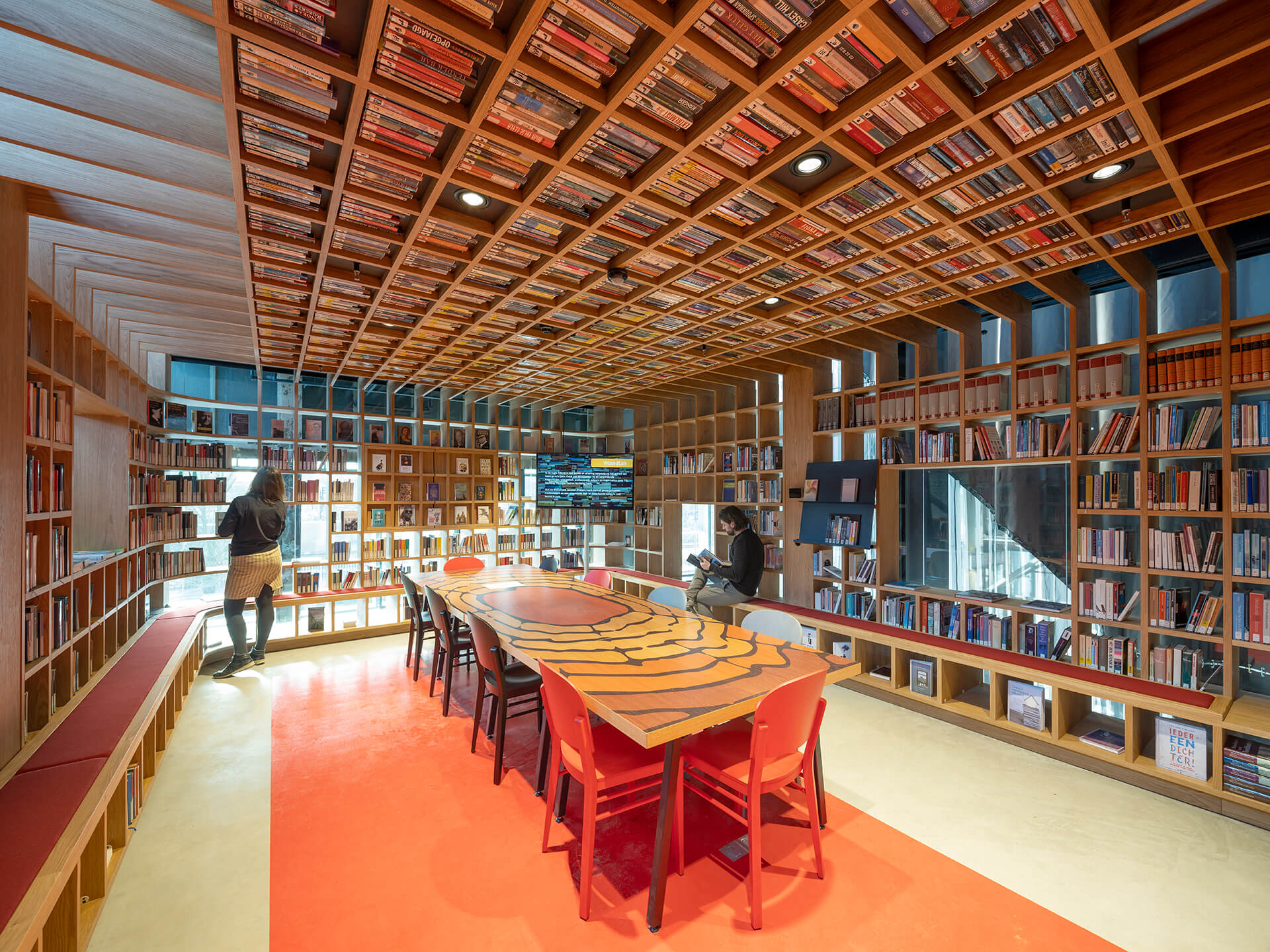 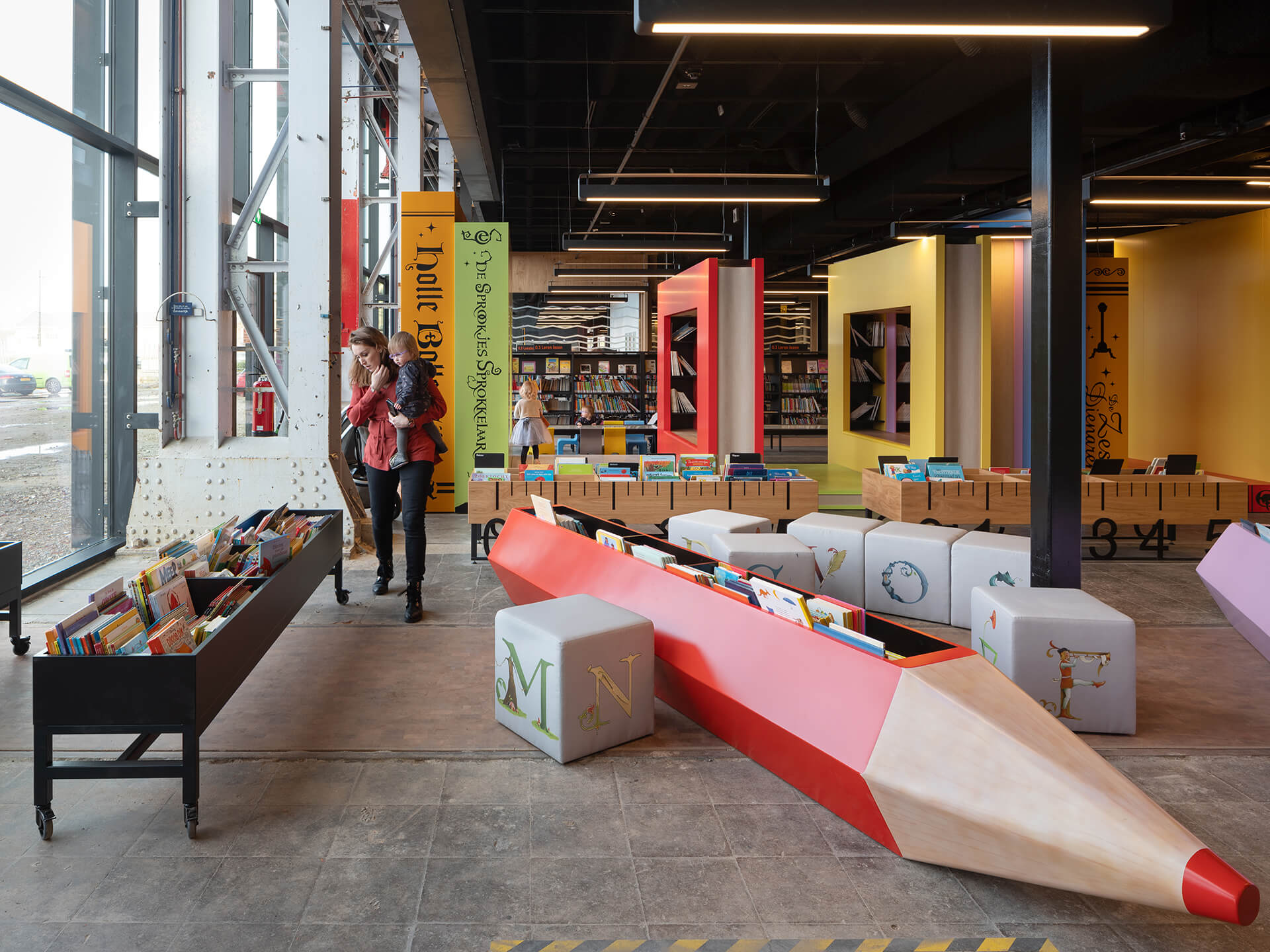 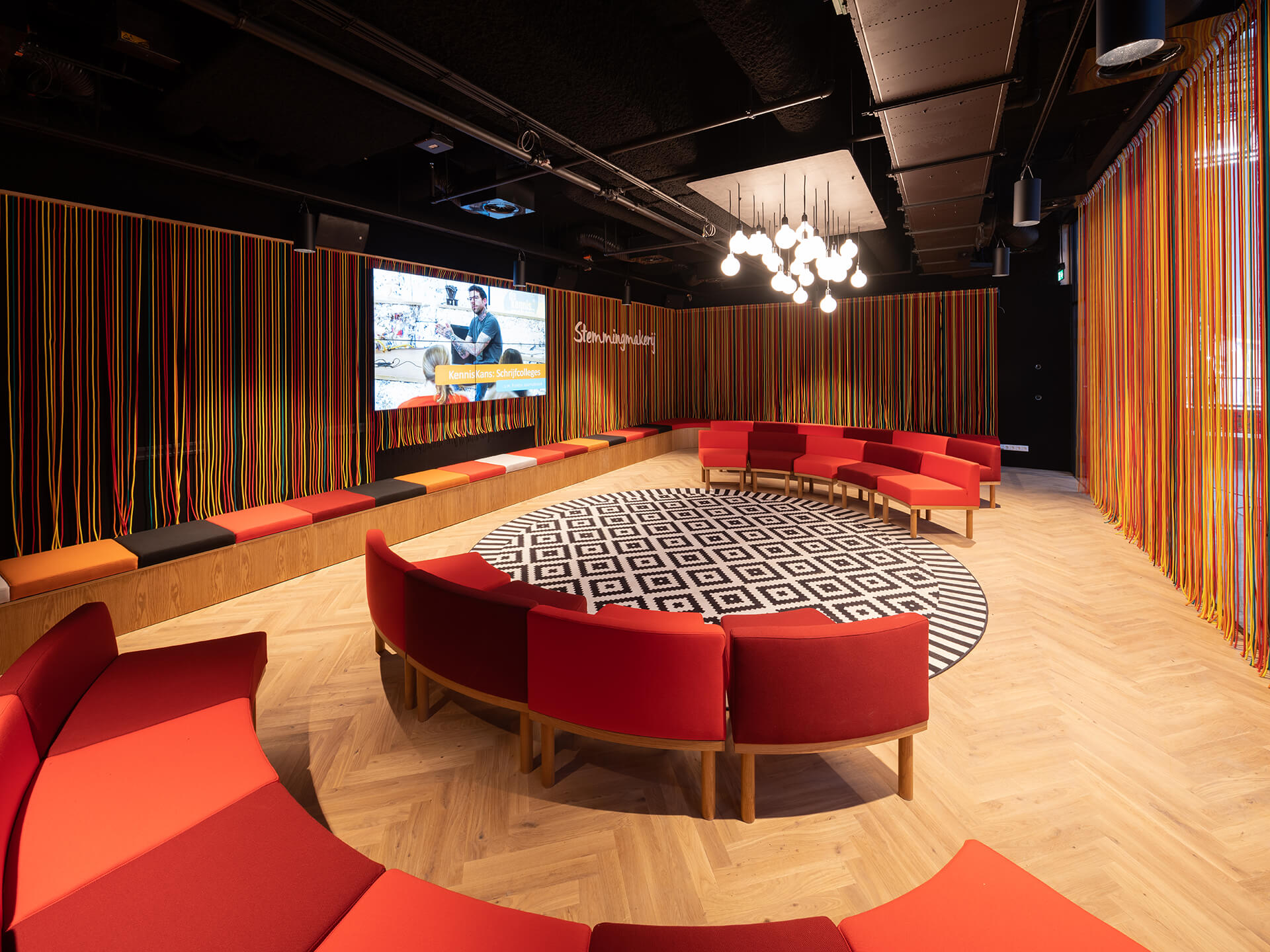 That’s why Mecanoo devised a diverse range of work and lounge areas for all ages. For toddlers, there’s a bite-sized library with sitting poufs, where storytelling sessions take place. For older children, a youth zone full of colourful train seats and tables provides different settings for study and play — and even features a digital lab, workshop spaces, a food lab and several collections of art and specialised literature on display. For adults, the many available workspaces go from open offices to small meeting spots and a lowered working pit with spots for concentrated work.

So far, LocHal seems to be acting as more than just a public living room. For Tilburg residents, it’s also becoming the dining room, the kitchen, the garden shed and the corridor — that’s what happens when, through insider nods and spatial flexibility, people develop a sense of ownership of their social spaces. So, for the city itself, it might just be so much more.