A Farewell to Mowing Lawns

STAVANGER – Architect Tor Austigard has doubts about the current supply and demand of the Norwegian housing market. ‘Building regulations in Norway are firmly embedded in the modernist view of what is good living, demanding huge plots for detached houses,’ he says. ‘People who want to live in the city don’t necessarily require a big garden. They have better things to do than mow lawns.’

The Oslo-based architect used a small 3.6 x 8.9 m undeveloped plot in the centre of the coastal town of Stavanger to prove his point about the potential of infill projects in high-density areas as an alternative to the house-with-garden or the current run on standardized apartments in large-scale collective housing complexes. Triggering an old school friend-turned-real estate developer to purchase the land and have him design the house, Austigard managed to convince people of the potential of an urban plot that few could imagine even holding a proper dwelling.

The effect of the intervention was unforeseen. Amid a revision process of local building regulations, the house got entangled in a political discussion about how the goals of housing production could be met through small-scale infill projects and was consequently published in local newspapers and construction-related media – ‘even before the interiors were finished,’ Austigard says.

Being exempted from the heavy regulations on preservation in this central district allowed him to propose a modern version of the wooden Nordic coastal townhouse, a high-density project in its own right. ‘People want to live in the city but they also want their own secluded space away from others. I have tried to maximize small spaces that offer a connection to the cityscape outside while keeping the bigger spaces more private,’ the architect explains. ‘Sitting in the big window you are almost out in the city, but further back into the room it is more private. Standing on the roof top terrace you can talk to your neighbours, but further back you can only see the sky and roofs.’ 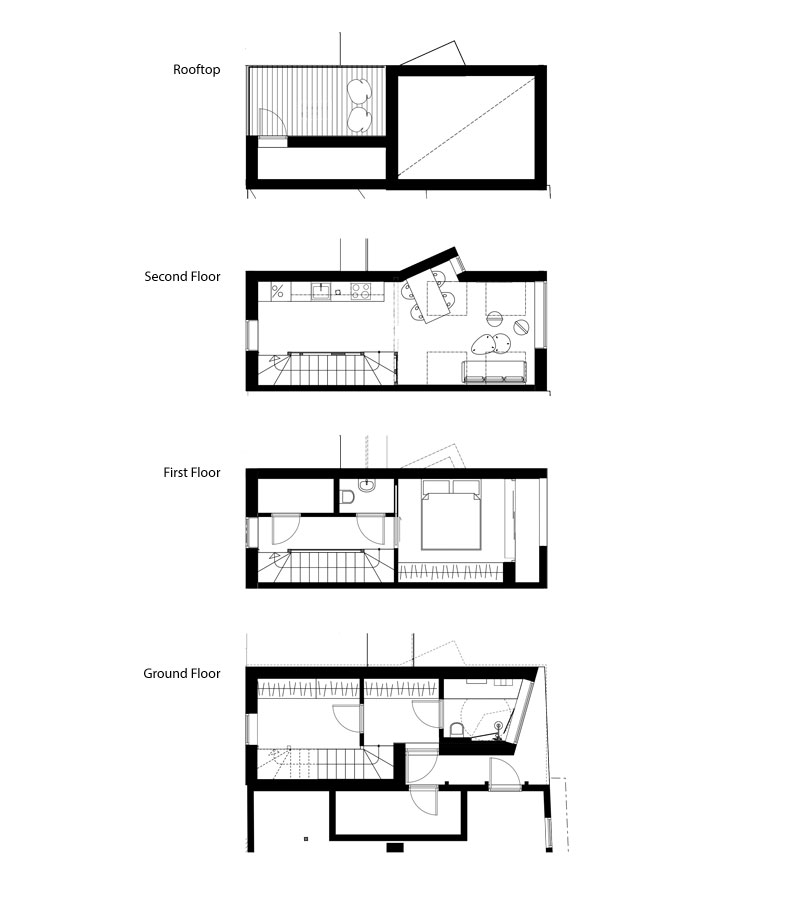