Who wouldn’t want to look out of the window across kilometres of nothing but green, with a front-seat view of a lush, mountainous landscape? ‘Haus am Stürcherwald’ (which translates as House in Stürcher Forest) provides exactly this experience for a client in Austria’s western-most state of Vorarlberg, a mere 16 km from the Swiss border. Local firm Bernado Bader Architekten counteracted the awkward steepness of the land with a concrete fundament – essentially, a functional plinth – which made it possible to build the timber structure safely on the small plot. 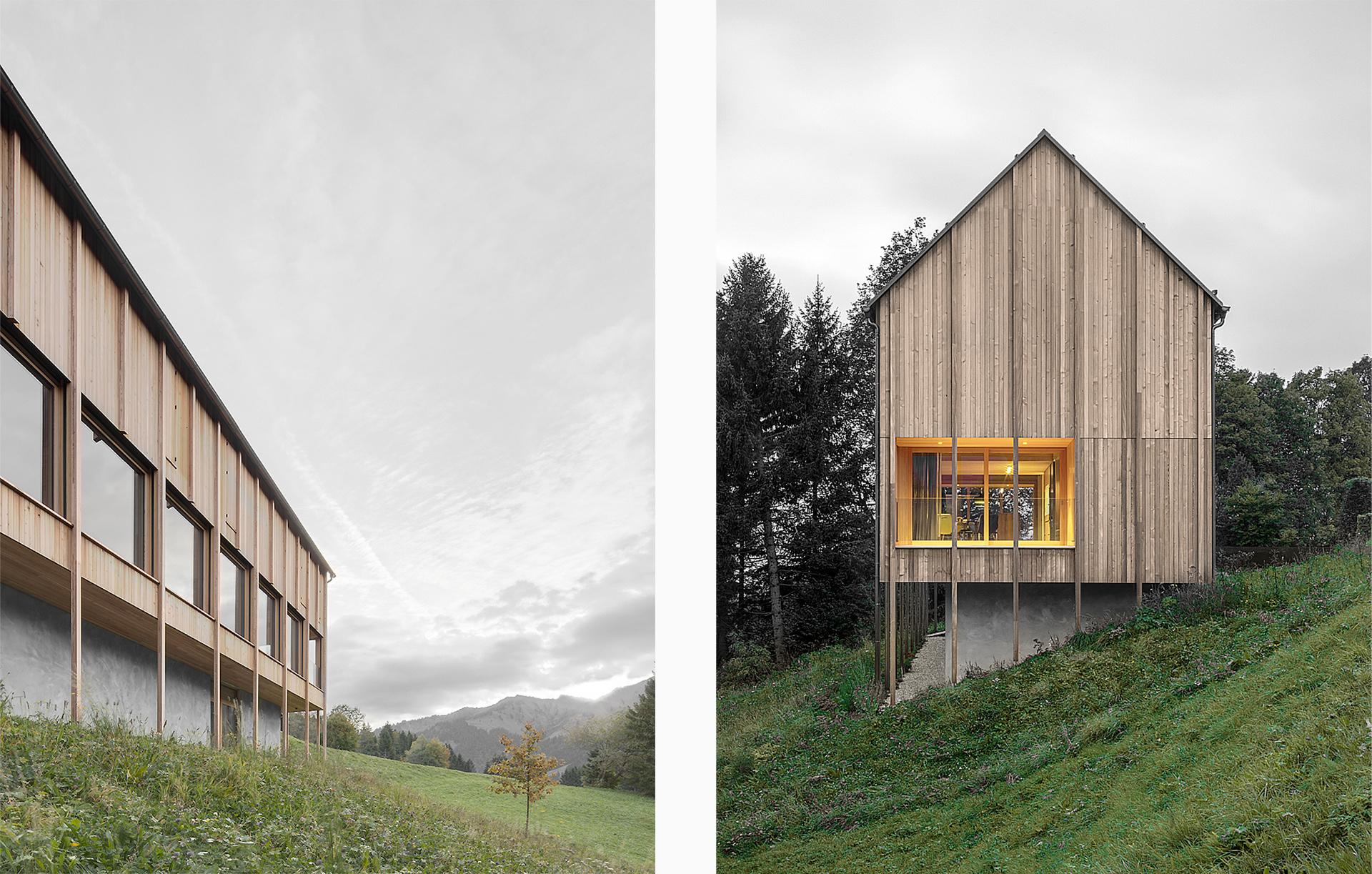 There are no sly tricks or over-embellishments with this forest house. Simply, it is a building that fulfils a function. The project follows the archetypal ‘house shape’ which is conventionally implemented in the area. The lack of windows in the upper level is explained by the double-height ceilings which span the majority of the interior, with the second floor being used only for private areas like bedrooms. ‘The shape of the house as a compact, elongated volume is traditionally used for buildings in Vorarlberg,’ Bernardo Bader comments. ‘It creates a clear-cut volume in which all functions are accommodated. The typography and the required spatial programme define the overall shape.’ 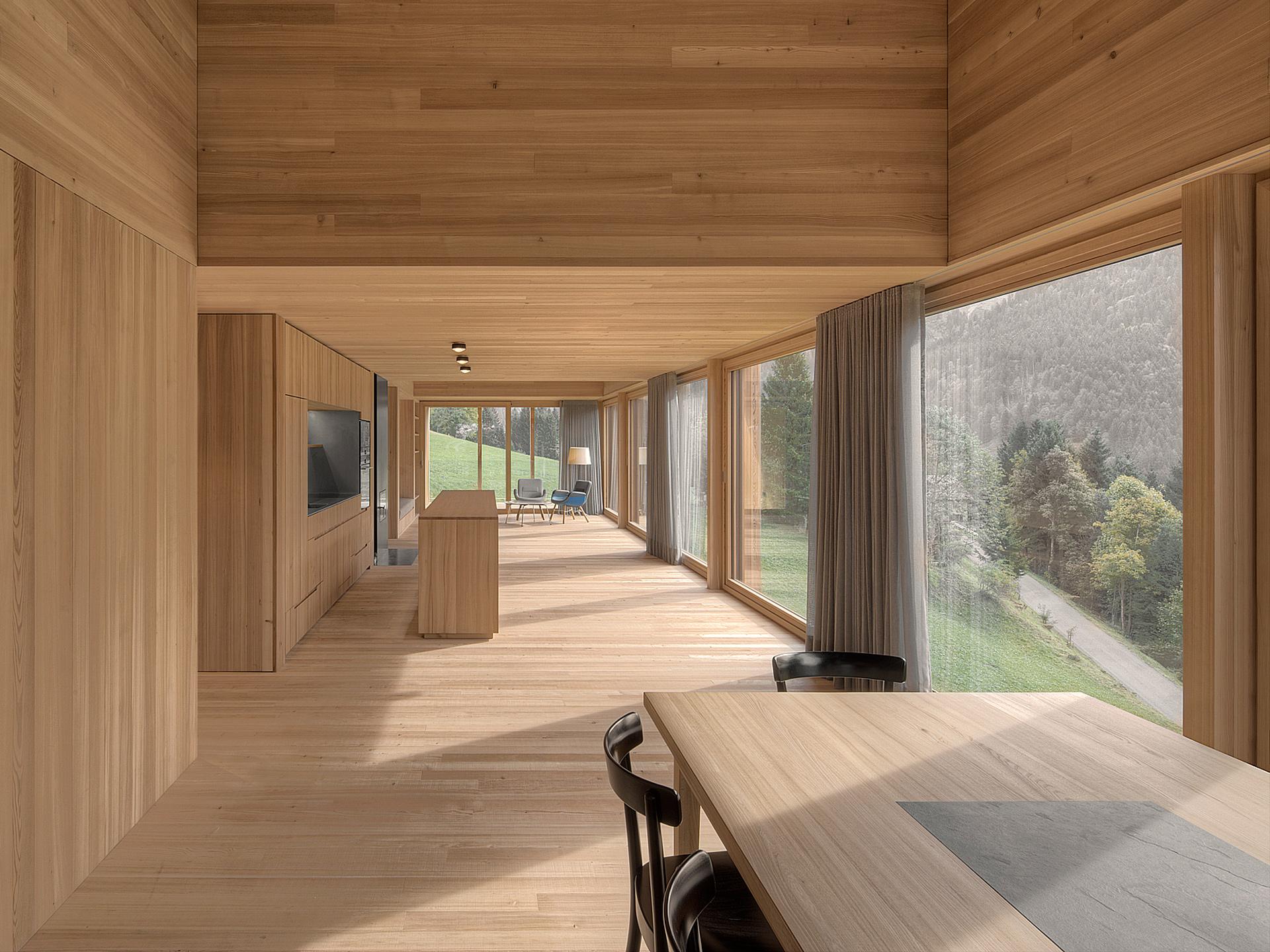 The façade is clad with larch timber slats, roughly sawn in different widths to add character to the other flat elevation. All six faces of the interior feature the same material but in a planed and sanded form, which evokes a calm atmosphere with smoothness and finesse. ‘The project’s consistent use of wood as a building material should be understood as a vote for the continuation of the local building tradition,’ Bader concludes. This signature style is used across a range of the firm’s residential buildings, almost all of which are contextualized by the typical gable-roofed extruded volume and the timber cladding inside and out – and a picturesque landscape to be adored. 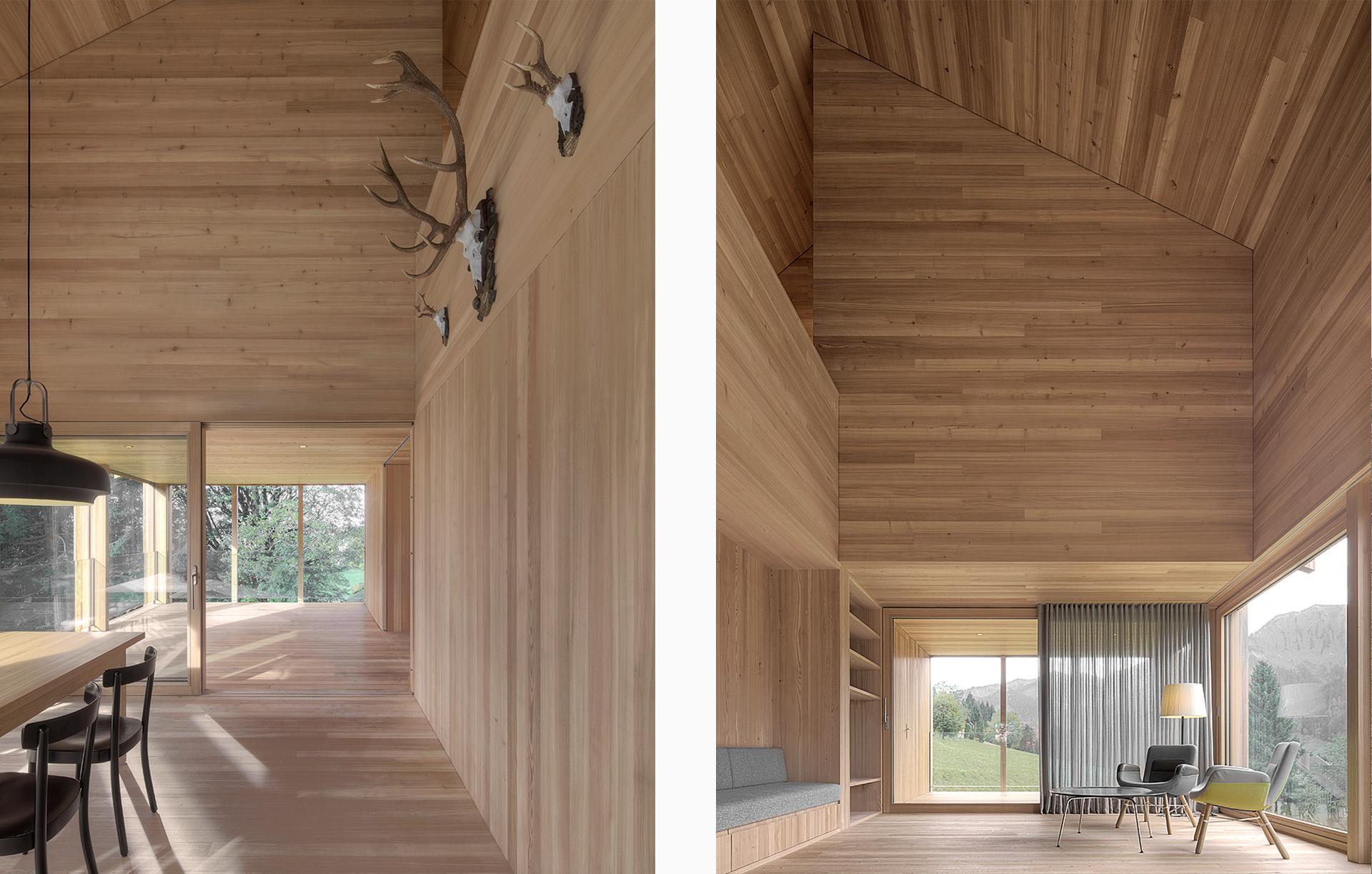