Set up as the final jewel of a newly completed urban development project in Lyon, Dietrich Untertrifaller built a public gymnasium flooded in daylight. The 2680 sq-m sports facility consisting of a playing court that can be separated into three different spaces and a training hall for martial arts, dance and gymnastics, is open to the general public and students from nearby schools. 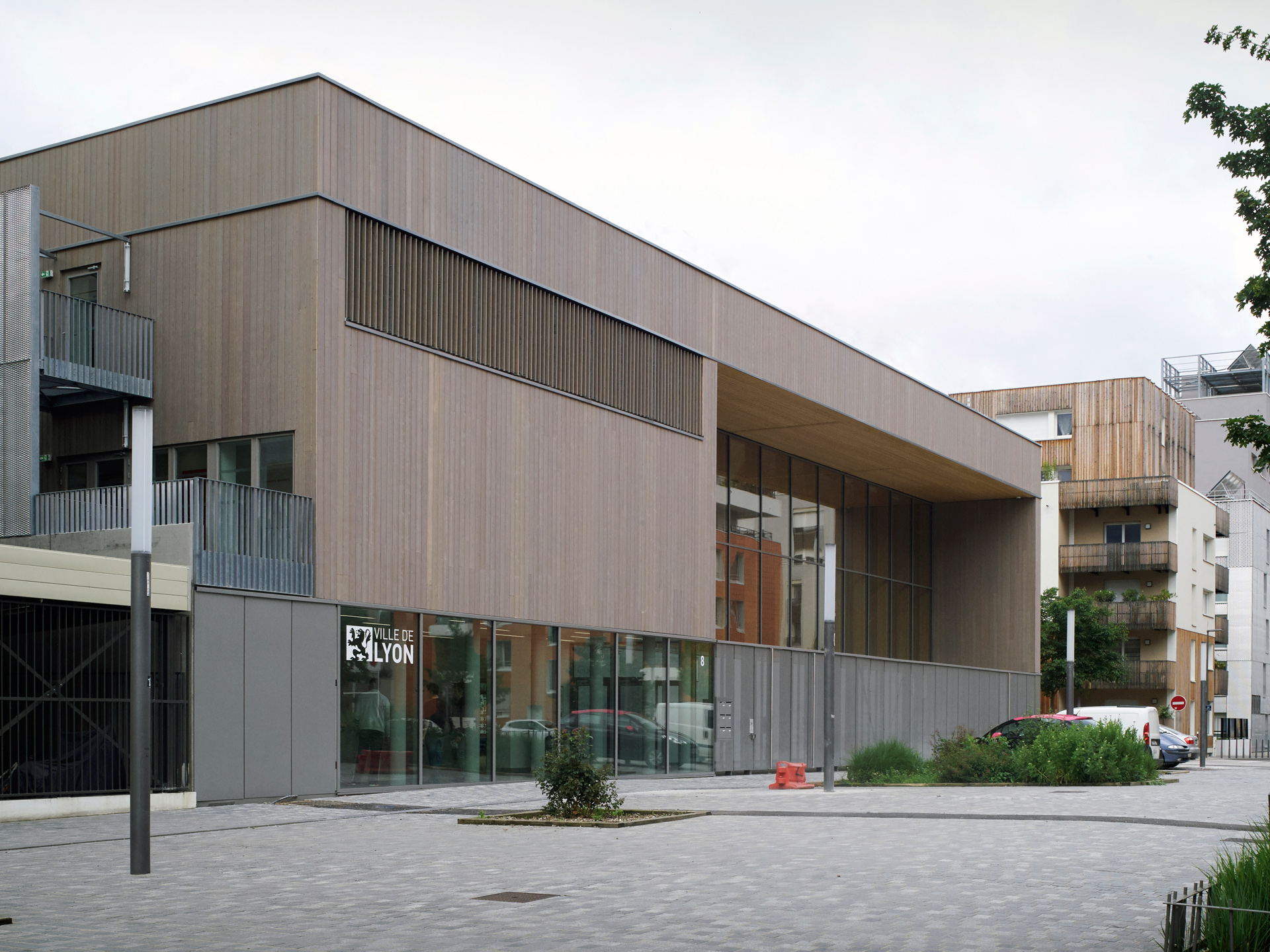 The urban project of Bon Lait near the Rhône river in Lyon focused on building a large quantity of residential lots, with at least 20% of it being social housing. To crown this neighbourhood is the Gymnasium du Bon Lait, a simple wooden box opening up to the square, creating a ‘loggia urbaine’ and bringing together the growing diversity surrounding it. 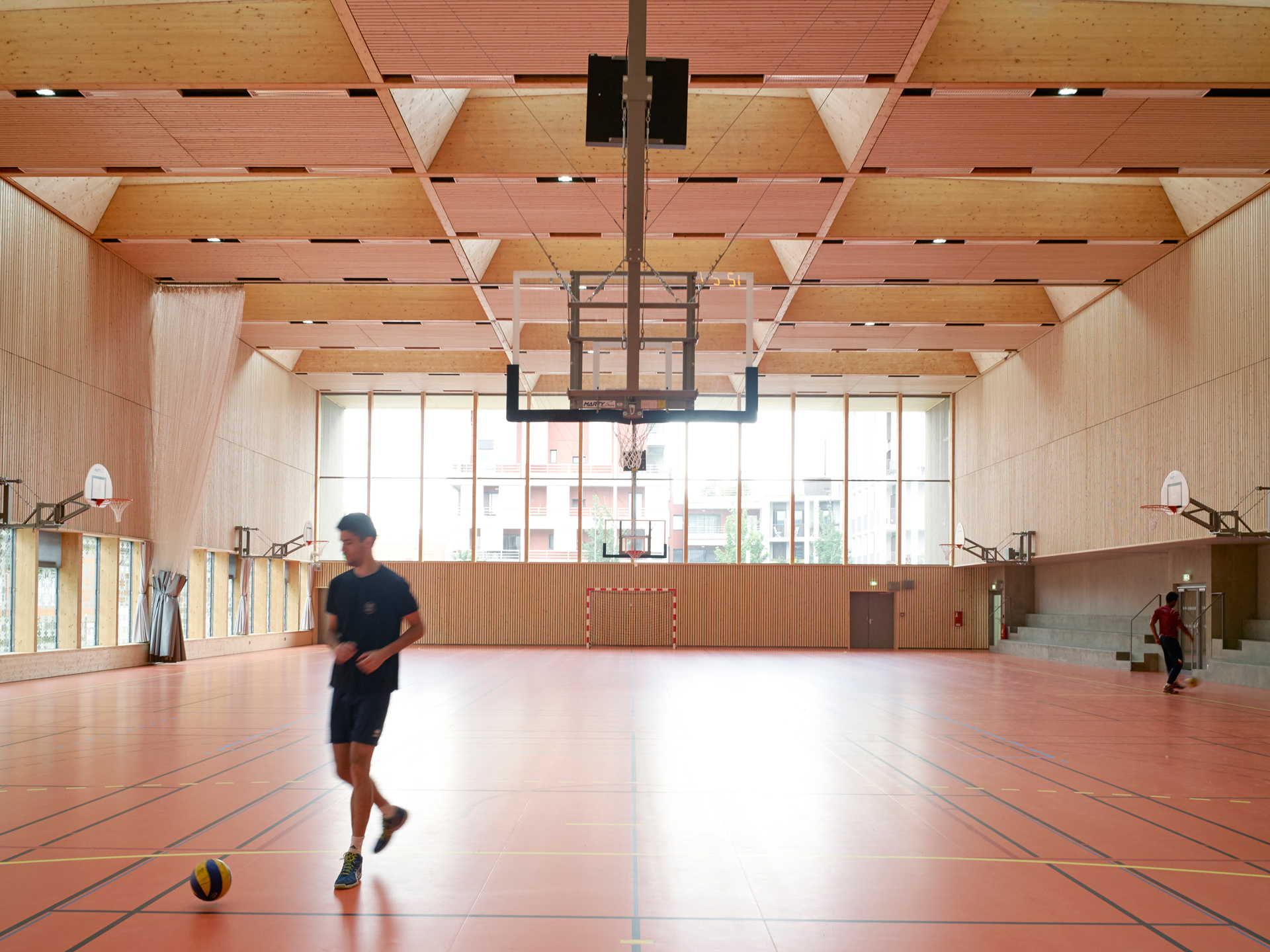 The architects explain how ‘through its simplicity, it also emphasizes its function as a low-threshold, available-to-all communal infrastructure. The outer shape of the box – which at first sight is simple – is deceptive.’ Indeed the deception is clear once you pass its monolithic grey larch wood façade.

The doubts dissipate as the series of truncated wooden pyramid skylights shower you with daylight in the 45 by 24-m wide playing field. Lighter-coloured wooden slats cover the interior walls and contrast the three-tiered concrete seating rows that run across the space. The corridors and smaller training hall are tucked away neatly behind the main field, and act as the backbone of the building. 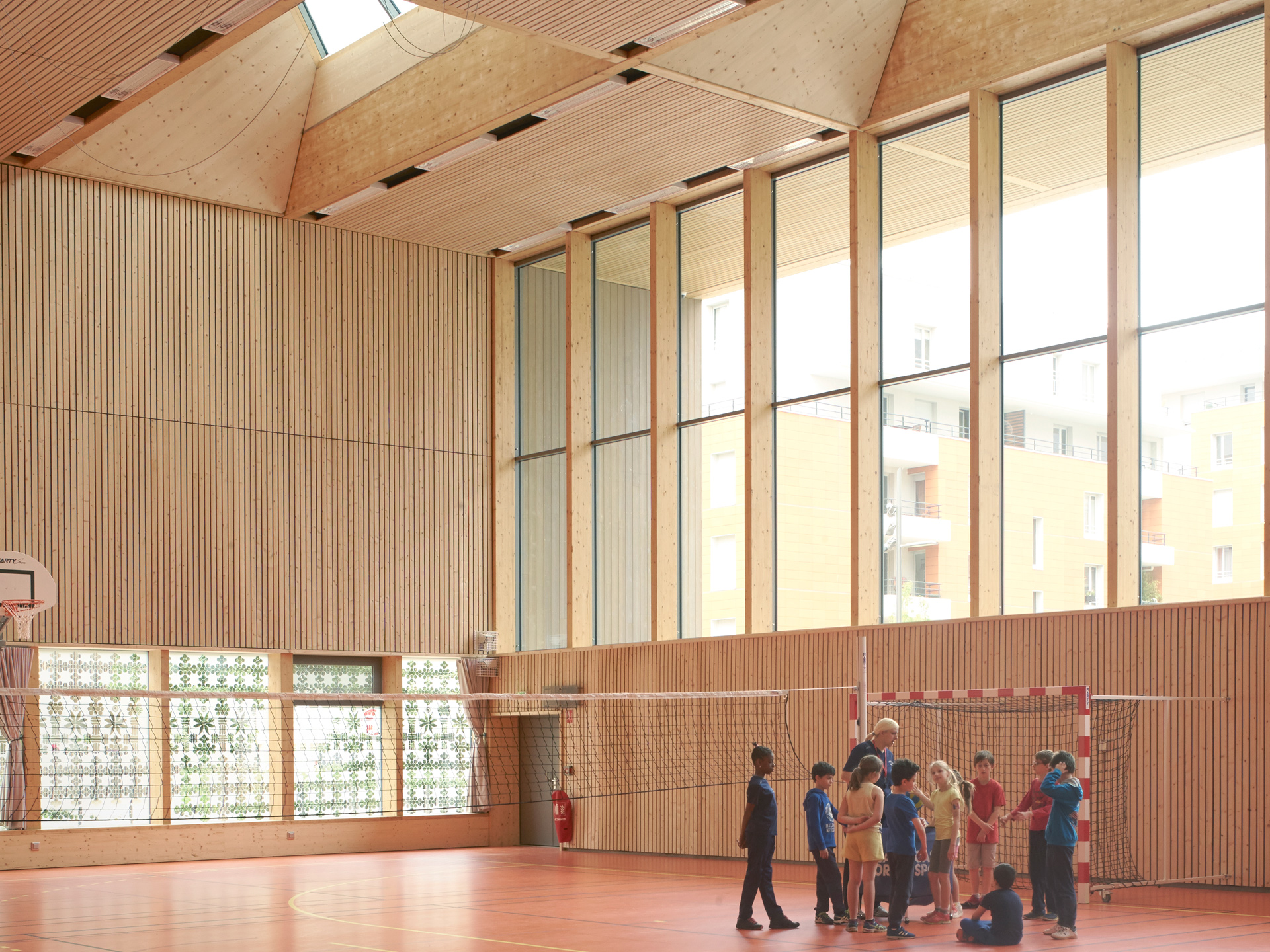 The gymnasium features crisp and clean design, disciplined in its use of glazing to open up the facades and to beckon sportsmen and women in. The building highlights how timber architecture still has a meaningful place in growing urban contexts. The project is even nominated for the Prix National de la Construction Bois. 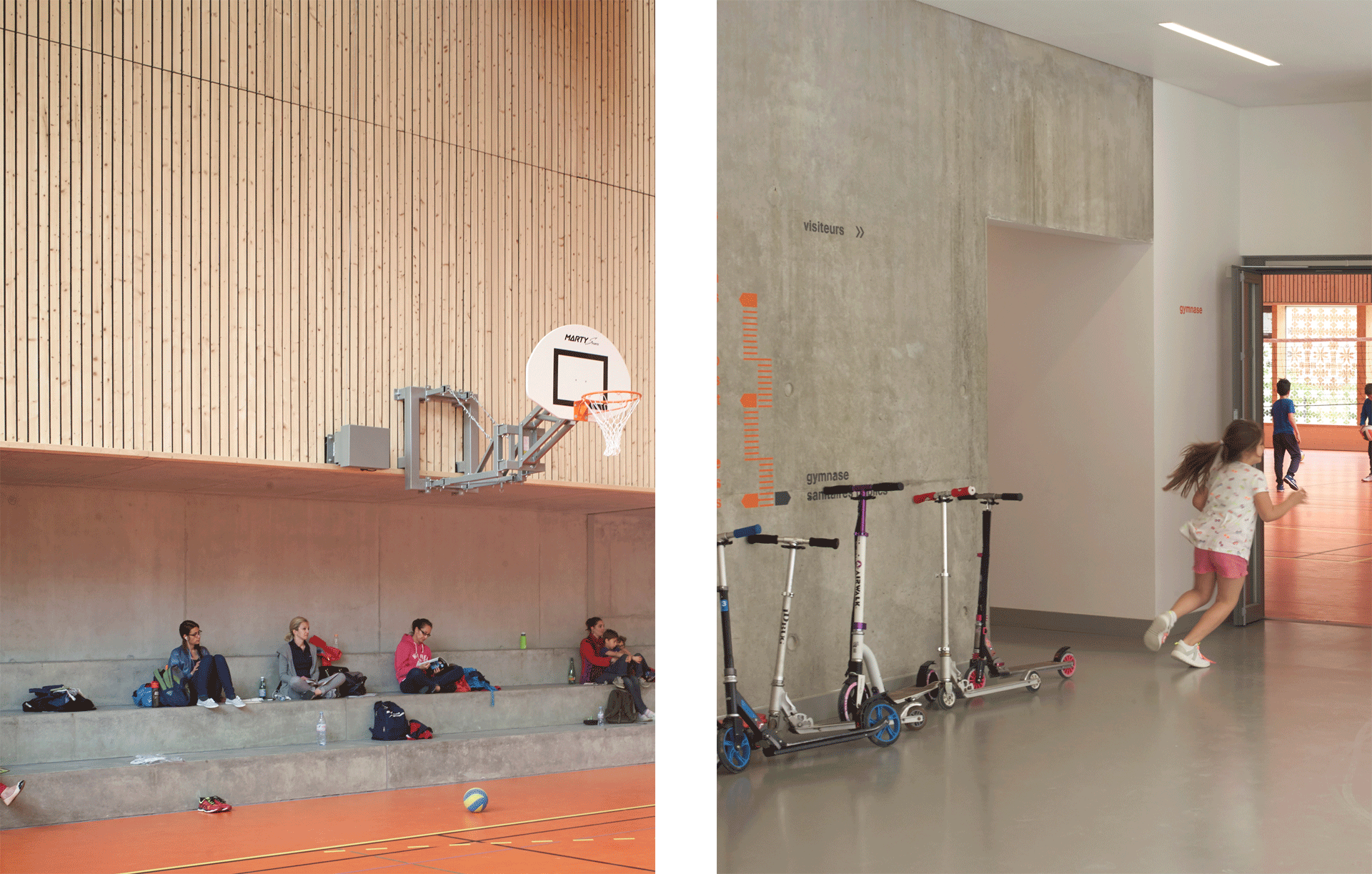