SHANGHAI – Late-night escapism at its best, Botanist is an intriguing destination in downtown Shanghai. At this salubrious cocktail bar, patrons may well be persuaded that cocktails of a plant-based origin are actually a healthy choice – especially when supped in surroundings such as this.

Alberto Caiola has conjured an interior with a dark and mysterious air coupled with two feature colours: the green of the foliage that pops up thoughout being the predominant hue, matched with a vibrant blue – chosen perhaps for its proven capabilities of causing the body to produce chemicals that are calming and exude feelings of tranquility. The concept has been to meld natural and synthetic elements throughout the space. 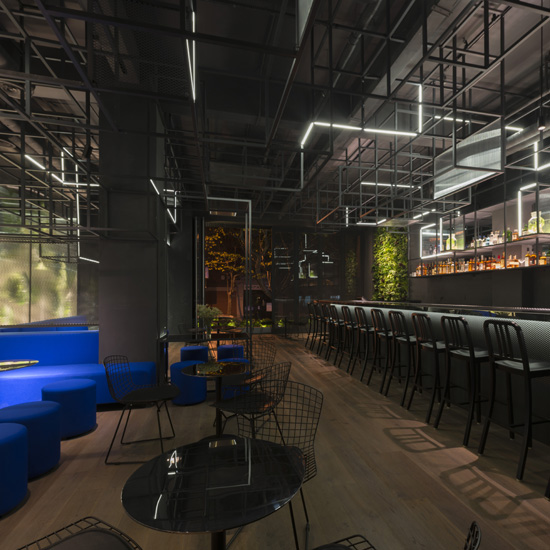 Customers first pass a living green wall of aromatic plants on entering the bar, before being directed deeper into the venue by a 'floating maze' of geometric frames, strip lights and reflective panels that snakes its way around the space. Inspired by chemical structures, the designer states that this feature 'evokes a synthetic forest of high-tech connotations where dark metal structures and meshes come together to create semi-futuristic aesthetics.' 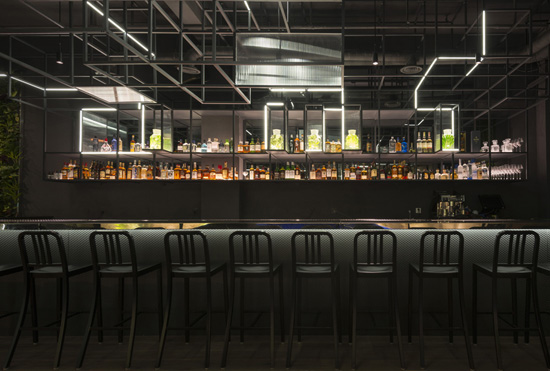 The venue is as much a playground for botany as it is apothecary – the seemingly magical process of transformation or creation – with its plant-infused spirits prominently displayed, illuminated by a solitary strip of lighting behind the bar. This aspect skirts around the space, following the form of furnishings that morph into screens that, in turn, define seating areas. A feature installation at the heart of the venue sees large plants positioned behind a semi-transparent wall of polycarbonate sheets. It is here that the designer plays with perception as, depending on the viewing angle, the vegetation appears either abstract and blurred, or focused and sharp. Or is it that the after-effect of those innovative cocktails? 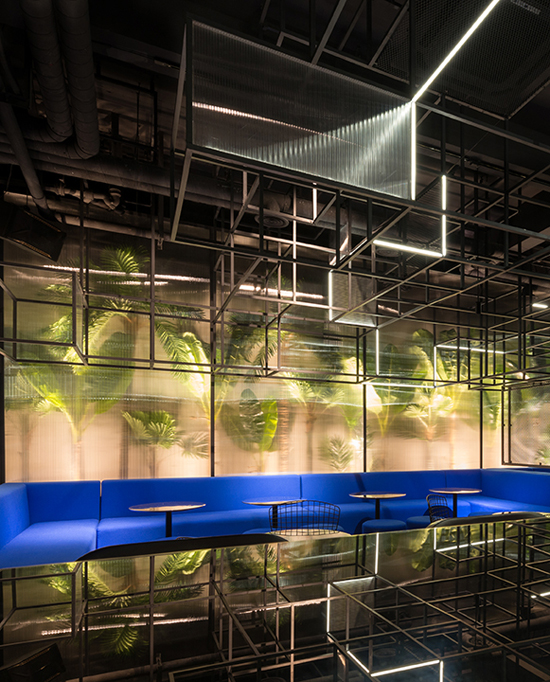 This project and others by Alberto Caiola will appear in our next hospitality design book Night Fever 5. More information about this title can be found at: http://store.frameweb.com/night-fever-5