Alberto Caiola sculpts the essence of coffee in a Shanghai cafe

SHANGHAI – Celebrating coffee’s alluring pleasures, Alberto Caiola puts a sculptural ceiling reminiscent of the elixir’s aromatic vapours at the centre of his design for a cafe in Shanghai. Flowing from the back of the room, the installation becomes at once a canopy and a stage under which baristas can perform their craft. Rich and dark in colour, the ceiling’s form winds forwards, up and beyond the venue’s retractable glass facade, providing a partially covered area for seating on the street. 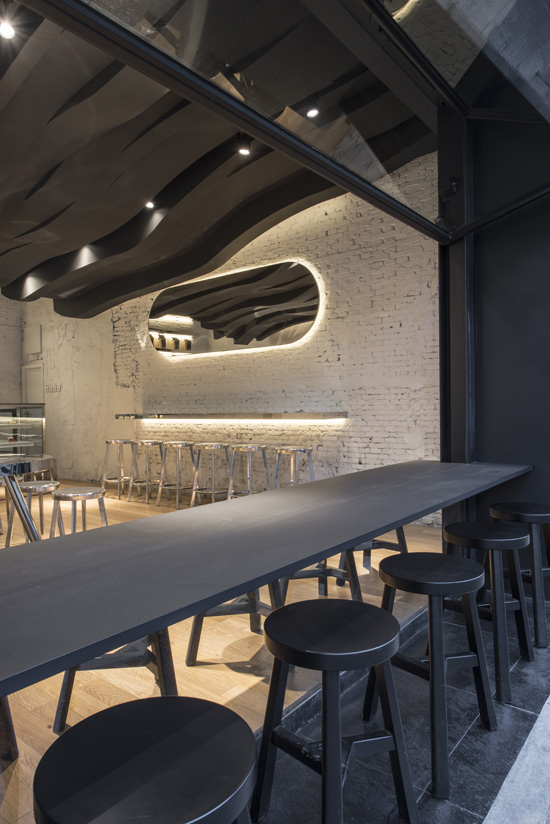 Along one wall of the interior, an eye-catching display features an explosion of iconic Moka coffee pots in various sizes – intensified by a large mirror spanning the length of the space – which is a testament to the cafe’s love for the signature brew. To create an illusion of a larger space, furniture is finished with a reflective surface.

The design approach sees fittings effectively blend into the surroundings, while offering alternative vistas to guests both standing and seated. A stark combination of textures creates an interesting contrast, with sleek new elements positioned against exposed brick walls. This aspect brings a historical element to the space; the building’s shikumen bricks are part of a traditional, turn-of-the-century housing style typical of Shanghai. 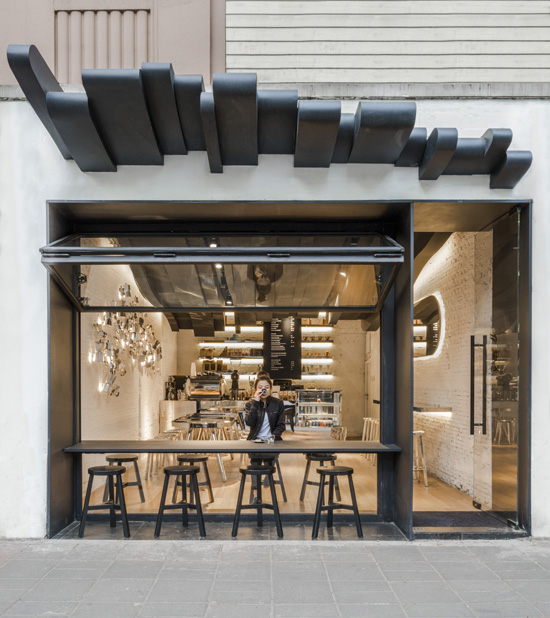 This project will appear in our next hospitality design book Night Fever 5. More information about this title can be found at: http://store.frameweb.com/night-fever-5