For such a creative city, there was nowhere for creatives to gather, collaborate, and make art that would spill out onto the streets. That is, not until Fredrik Carlström and Anna Behring Lundh opened Alma. ‘Our goal with Alma is, somewhat selfishly, to create something for people with similar interests and a place for us to spend time at when we are in town,’ says Carlström.

The Stockholm-born Carlström has called New York his home since 2000 – the city itself a cornucopia of collective creativity from Chelsea, the artistic centre of the city, to the burgeoning Lower East Side, to the vibrant NoMad co-working district – the spirit of which has been channelled into Alma.

Alma refers to ‘alma mater’, the allegorical Latin phrase for the school or university which one has attended. Interpreted as ‘nourishing mother’ or ‘fostering mother’, because a school provides intellectual sustenance to its students, Alma is a phoenix risen from ashes. The new member’s club and co-working space for creatives is housed within the building that was formerly the Beckmans College of Design, brought back to life with the help of architects Tham & Videgård. The Beckmans building has been renovated in a modern, international design expression that preserves its existing features and quirks.

And in honour of the building’s history, an Alma scholarship is being established for some of Beckman’s graduates. 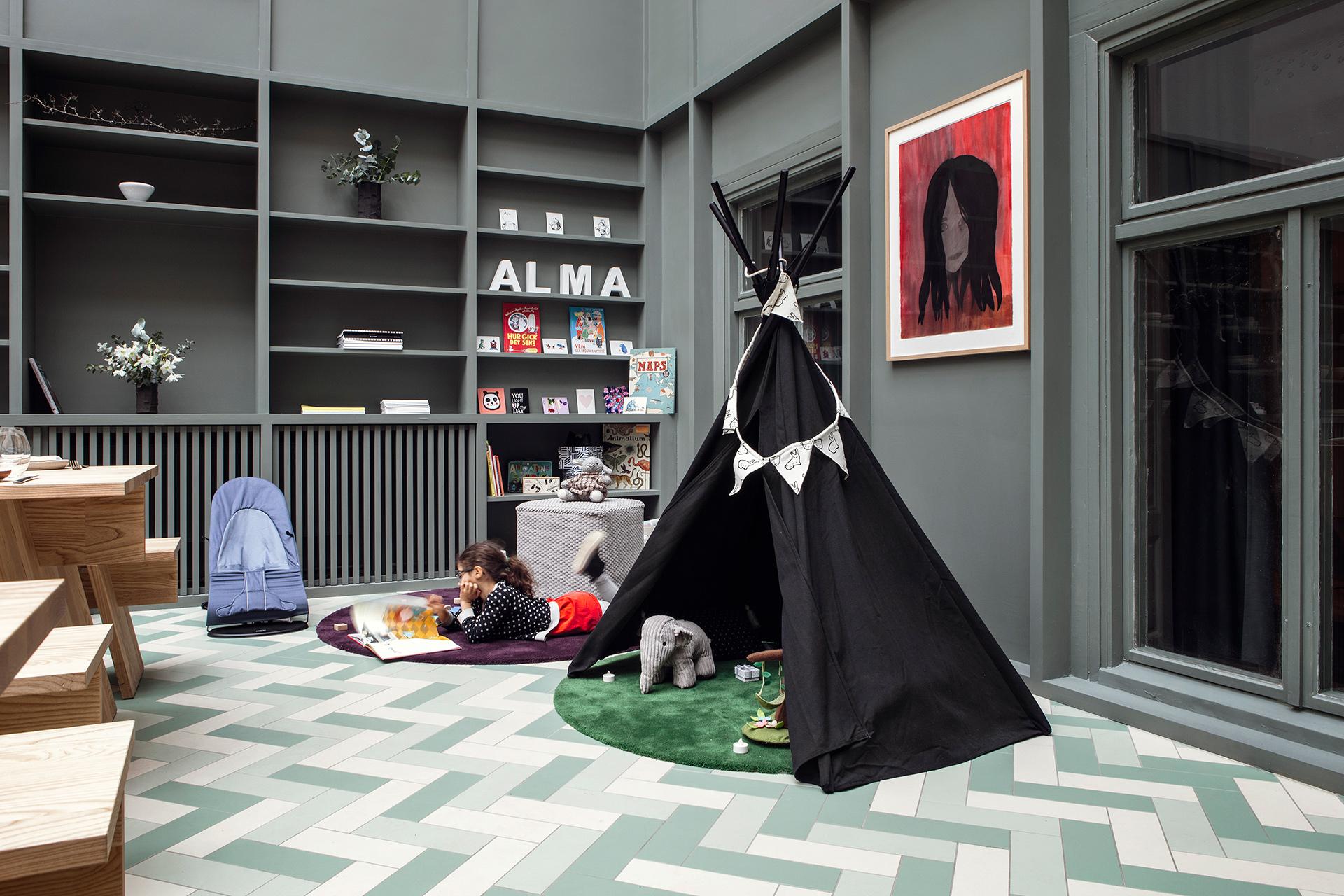 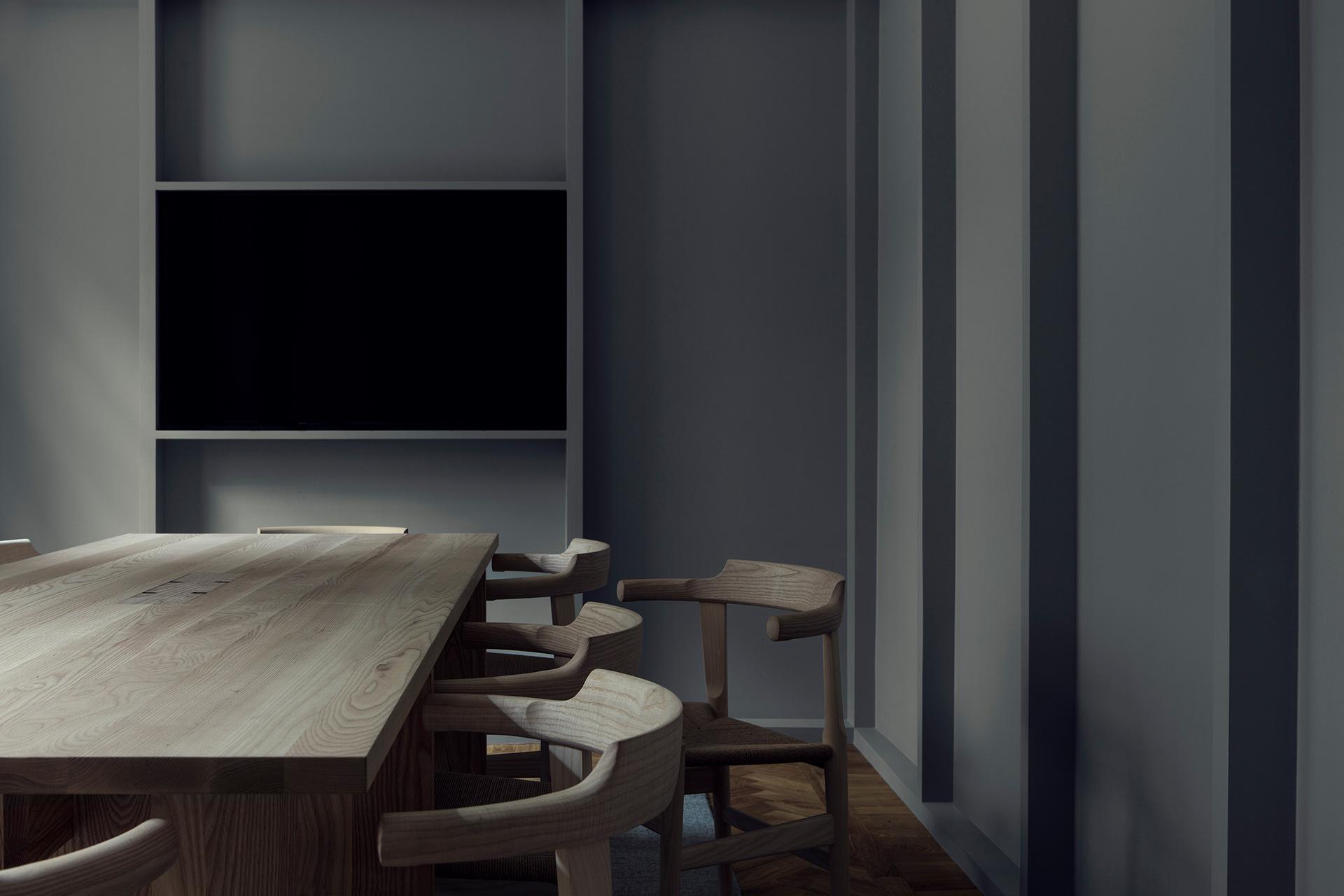 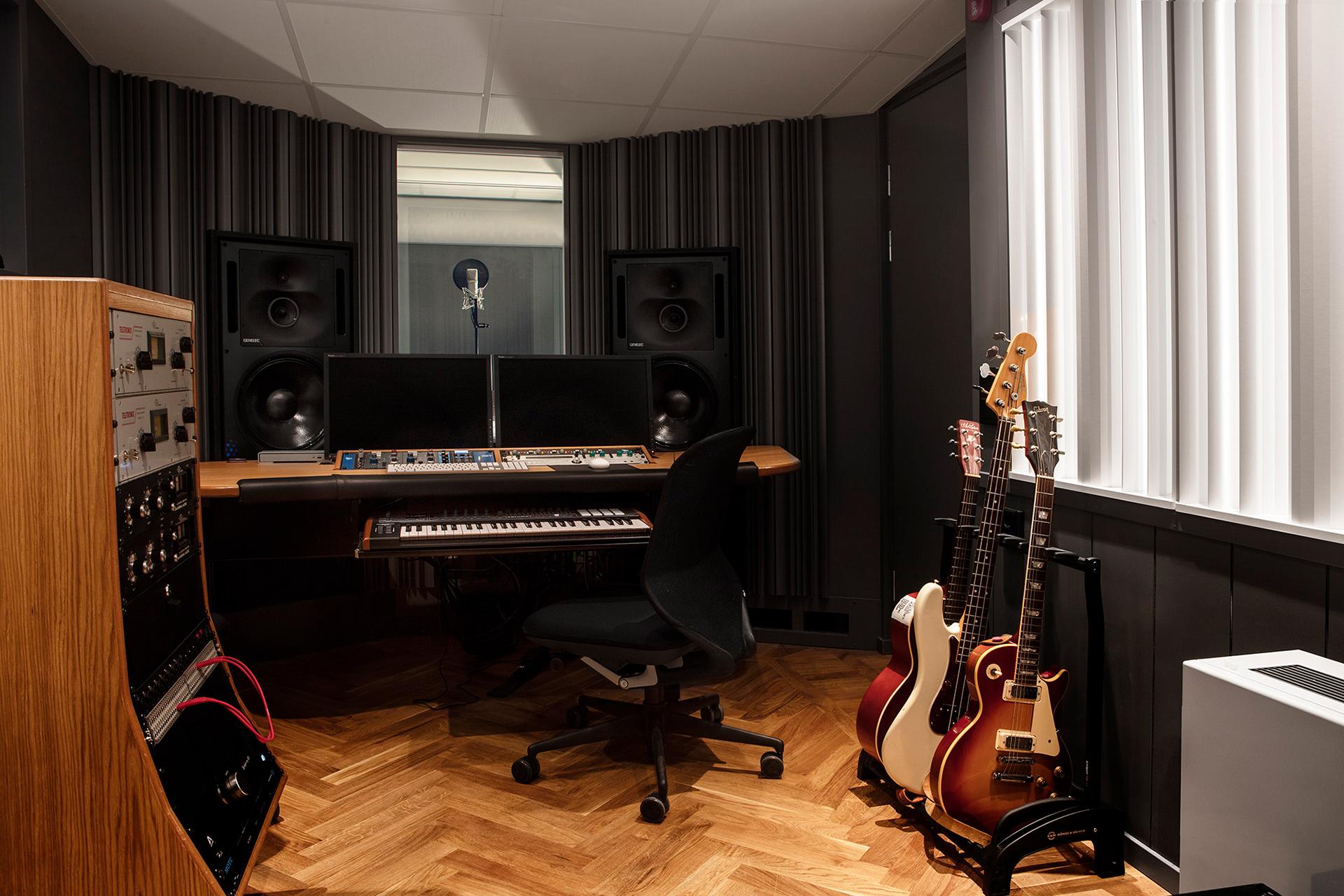 Alma stands at the crossroads of international and Scandinavian design, with its motto ‘hospitality for ideas’ bringing into focus the space it provides for the inspiration, social interaction, and professional development of people in the creative industries. These industries encompass the fields of design, architecture, film, fashion, journalism, and beyond – something that was not immediately evident to the public. ‘In the beginning there was something lost in translation,’ admits Carlström. ‘A “creative” in Swedish typically refers to a copywriter or an art director at an advertising agency.’

‘But now we have a great mix of people from different backgrounds, which was always our intention.’

With signature Scandinavian style, Alma offers private spaces for concentrated work as well as collaborative spaces, meeting rooms for presentations and generous areas for socializing. The heart of the building is the big, sun-filled atrium that houses exhibitions, events, and the restaurant developed by chefs Martin Brag and Leo Frodell that serves breakfast and lunch exclusively to Alma members. There is also a separate dining room adjacent to the atrium for private events.

‘We’ve been absolutely overwhelmed by the positive feedback Alma has gotten since it opened,’ Carlström says. ‘That’s what makes it all worth it, when a member tells us they love Alma.’

‘It all’ is a lot indeed. Every detail of the house is as meticulously designed and articulated as a piece of jewellery, from the art on the walls to the ambitious social calendar. The shelves, desks and giant lounge sofa are custom-built; the tables and benches designed by the architects; the drawers produced by Sjölinders; the lighting was specially designed (the eponymous w171 Alma won best lighting at this year’s Stockholm Furniture Fair). Even the coffee machines were carefully chosen.

‘To paraphrase Donald Trump on overhauling healthcare: nobody could have known that renovating 1,800 sq-m to open in less than a year would be so hard!’ laughs Carlström. 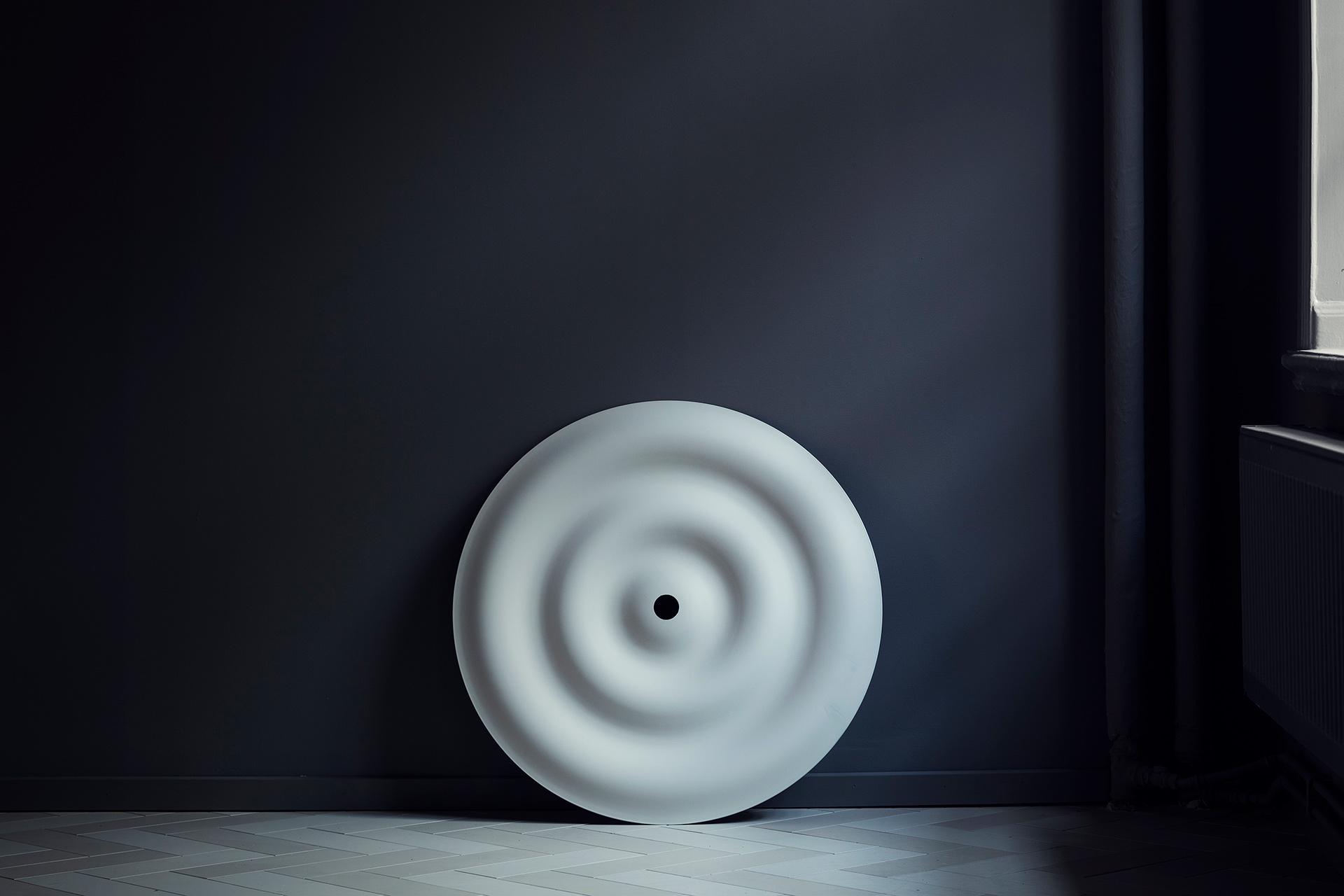 The W171 Alma lamp by Wästberg

This high level of curation and attention to detail may have paid off in Stockholm, but the Scandinavian palate for design is famously refined. Would such an exclusive, elegantly muted co-working concept be accessible to the creatives in Rome, Hong Kong, or New Delhi?

‘Alma is absolutely something we believe can travel,’ says Carlström. ‘The fundamental values behind Alma have nothing to do with a “look”, or any one aesthetic. I wanted to design a space where people felt inspired, safe, comfortable, and perhaps a bit spoiled.’

‘People spend so much time at work, the goal was to create a place our members were happy to return to every day. So in some ways, Alma is an idea that might be even more needed in places outside of Scandinavia where offices are usually less well-designed.’ 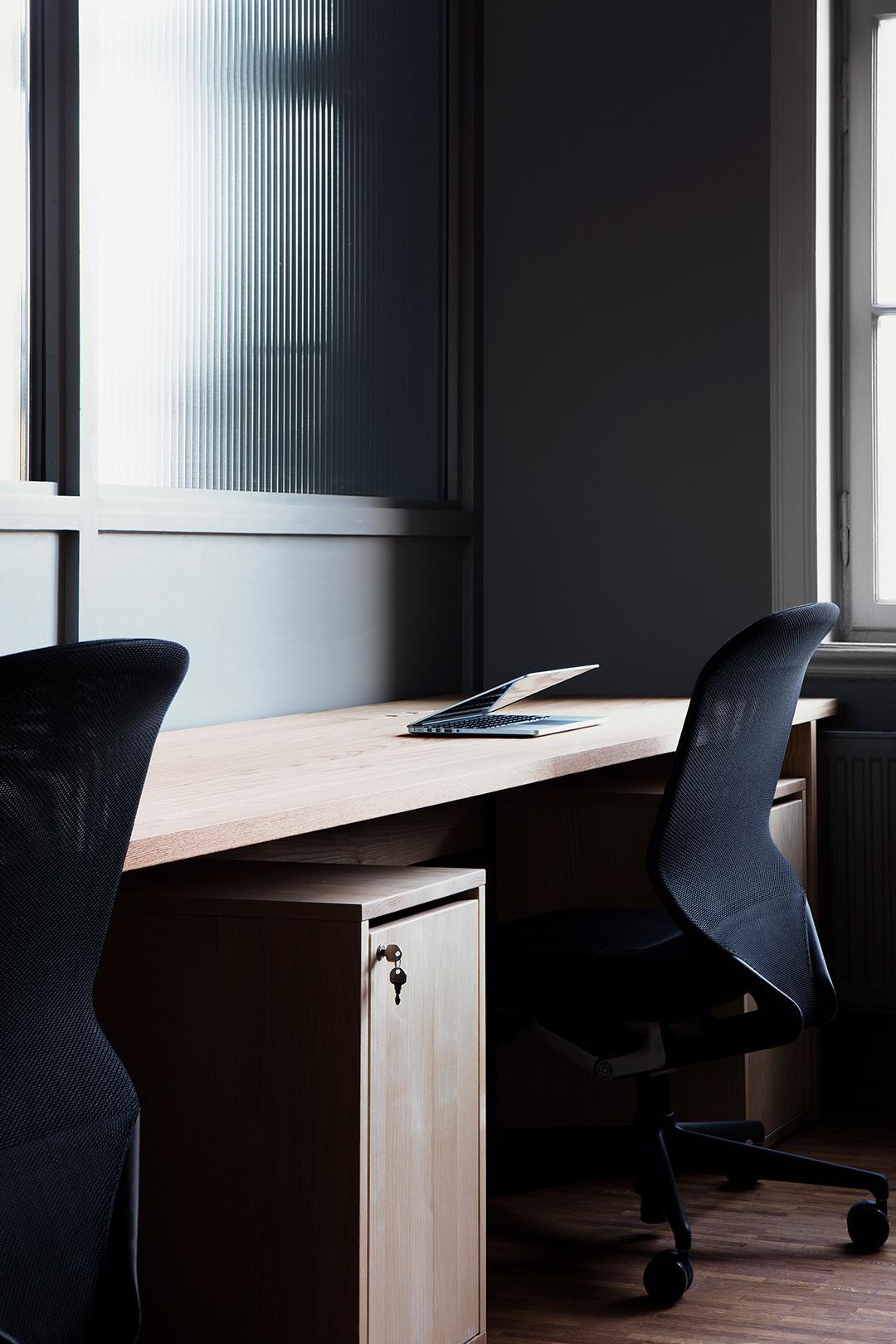 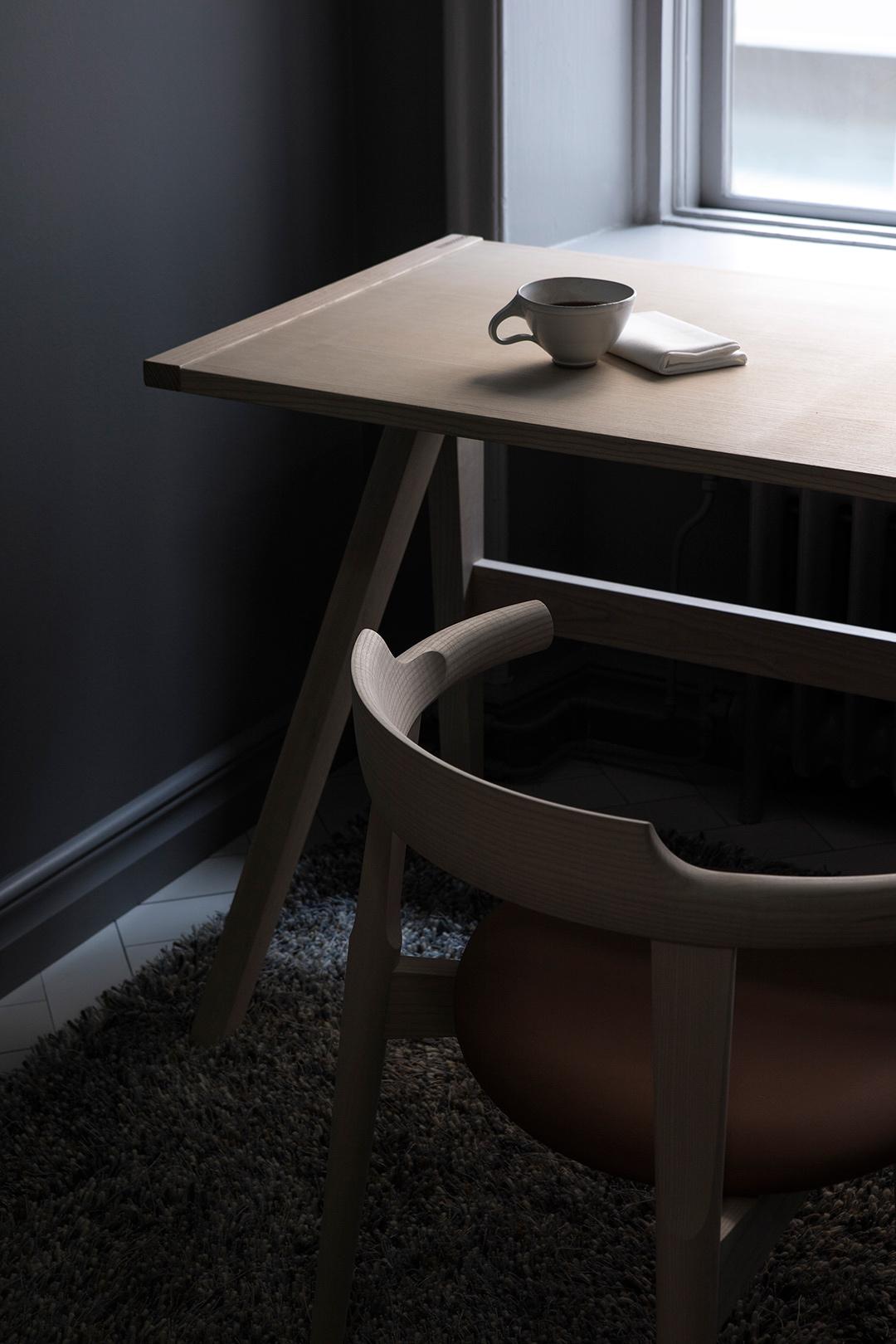 After all, the purpose of design is to enhance our lives by improving our processes and interactions, and there is no demographic more sensitive to the value of good design than creative individuals. The concept of Alma extends beyond the aesthetic to facilitate collaboration, the exchange of ideas, and mutual inspiration between its members.

‘For many creative professionals, working and socializing are the same thing,’ says Lundh. ‘You do projects together with people you like and share views with.’ 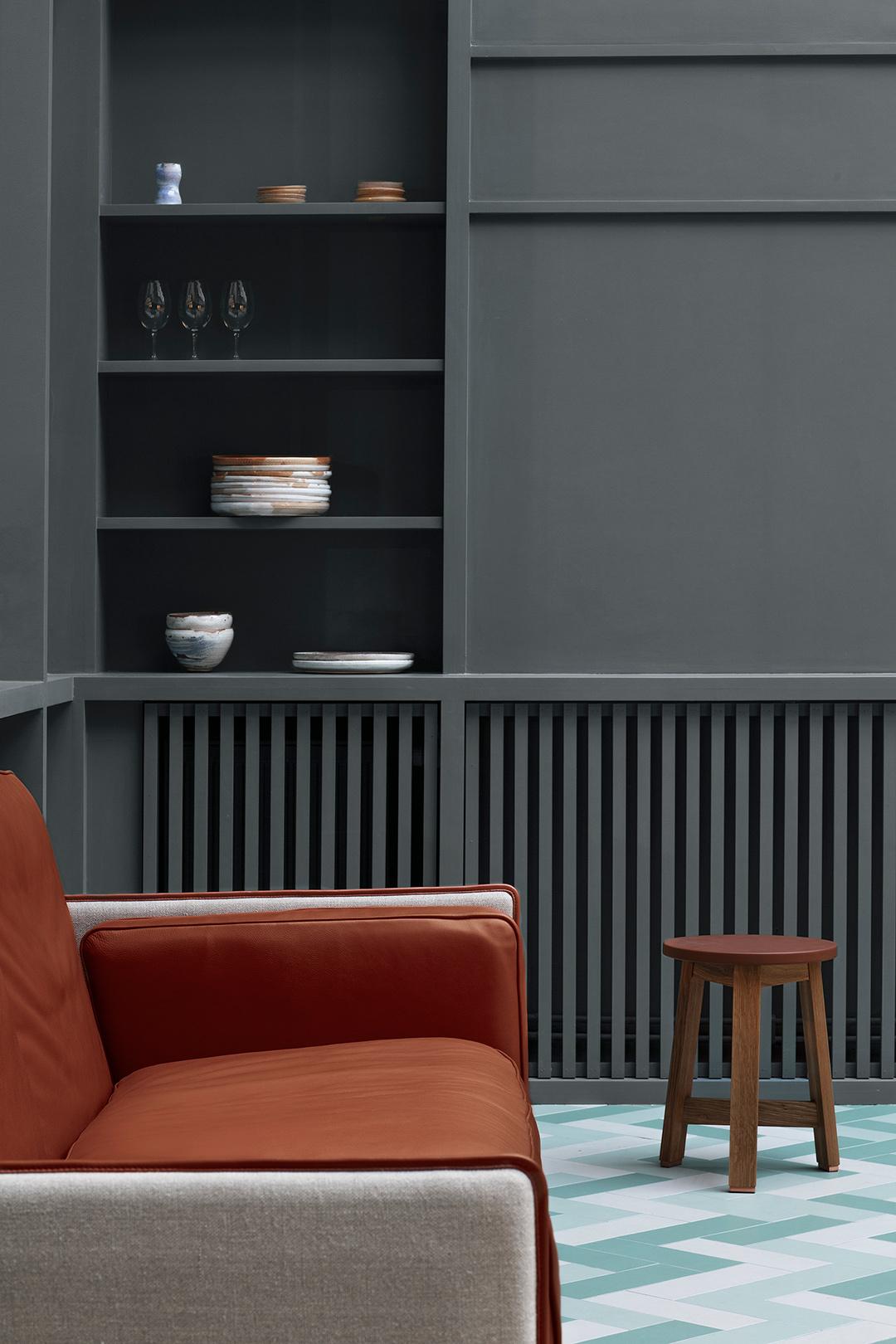 Indeed, Lundh and Carlström are themselves a case in point – the Alma co-founders worked together at the advertising agency Graceland Stockholm in the late 90s, and embarked on other various other ventures prior to developing Alma.

Another partnership that has emerged from Alma is New Material, an architecture and design studio that is dedicated to creating retail and hospitality spaces. ‘I started it with Nathan Warkentin who did the graphics for Alma,’ Carlström tells me. ‘I first met Nathan when he was creative director at Mast Brothers and we did a pop-up in Los Angeles. Then when we needed graphic design for Alma, I called Nathan.’ 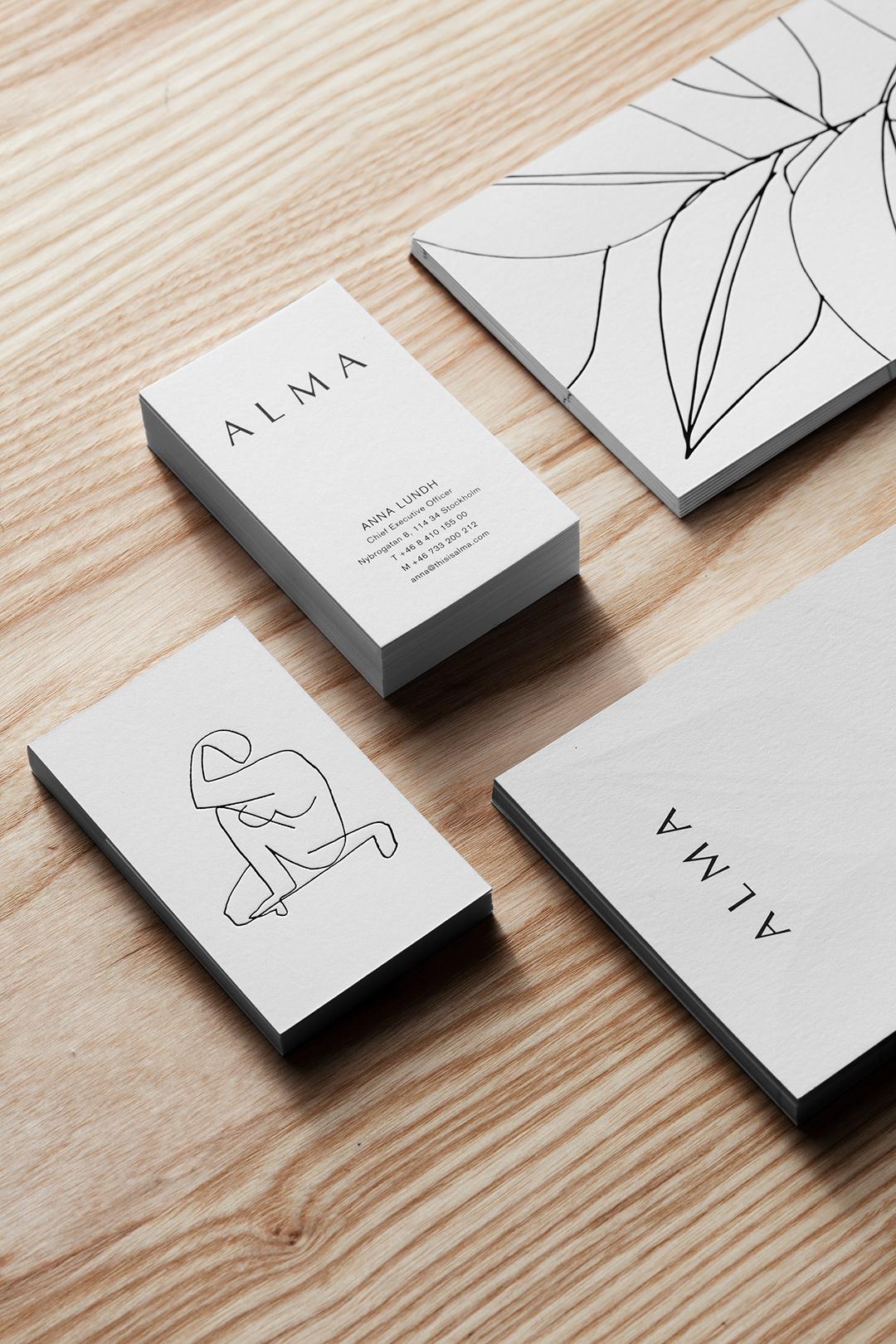 The partnership grew from the simple fact that Carlström and Warkentin like working together, with New Material as a reaction against the increasingly inward-looking retail and hospitality industries. ‘Retail is failing because they have not moved beyond being transactional. If people visit your store they want to feel something. The experience needs to make sense and be designed for humans, not just be architecture for architecture's sake, or a silly advertising gimmick.’

Carlström sets the example with Austere, a design and concept store he founded and physicalized in Stockholm for the first time as the only part of Alma open to the public. Available for purchase in the store are some of the products designed by contemporary artists for Alma, such as the tableware that was custom-made by ceramist Richard Palmquist for the restaurant. 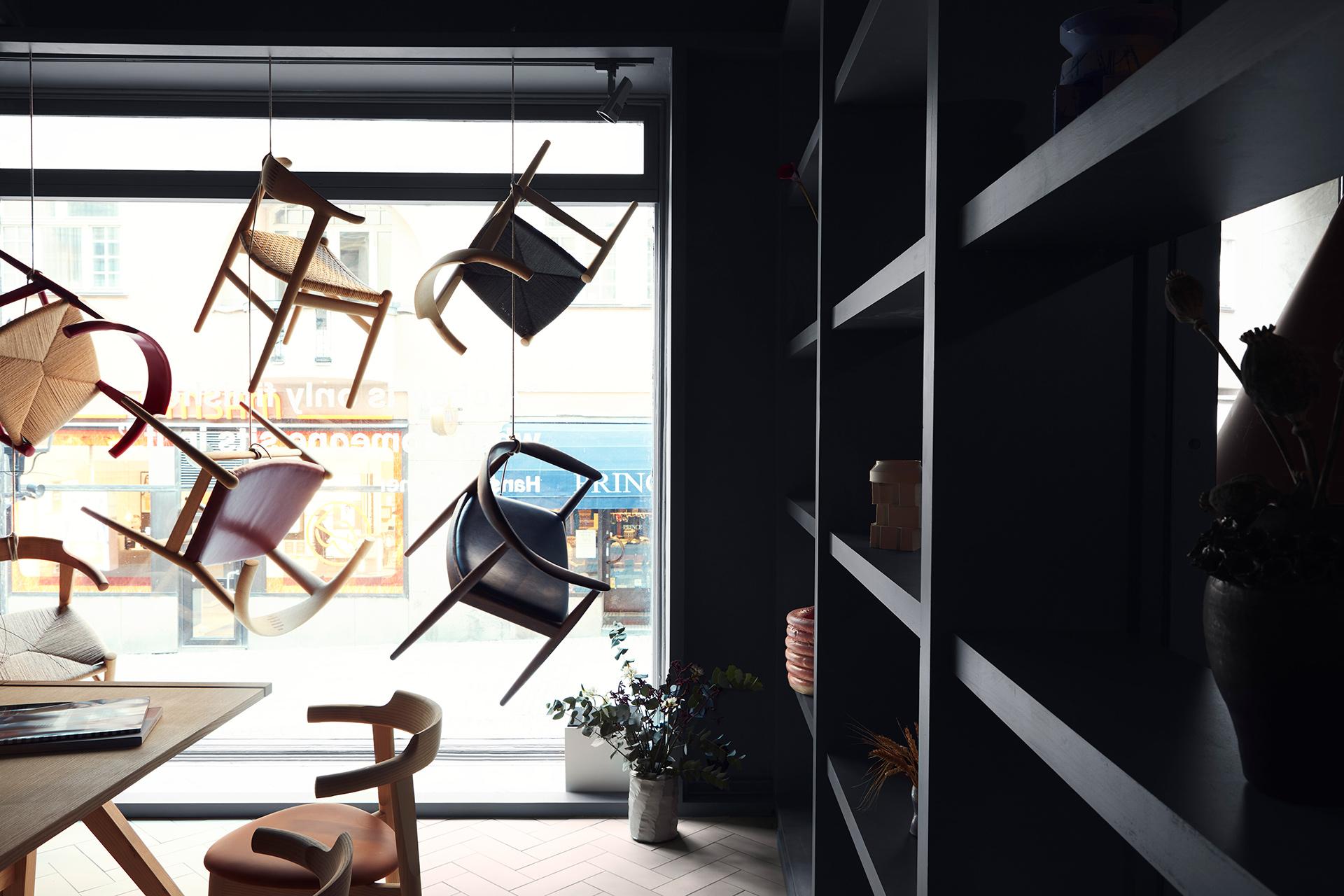 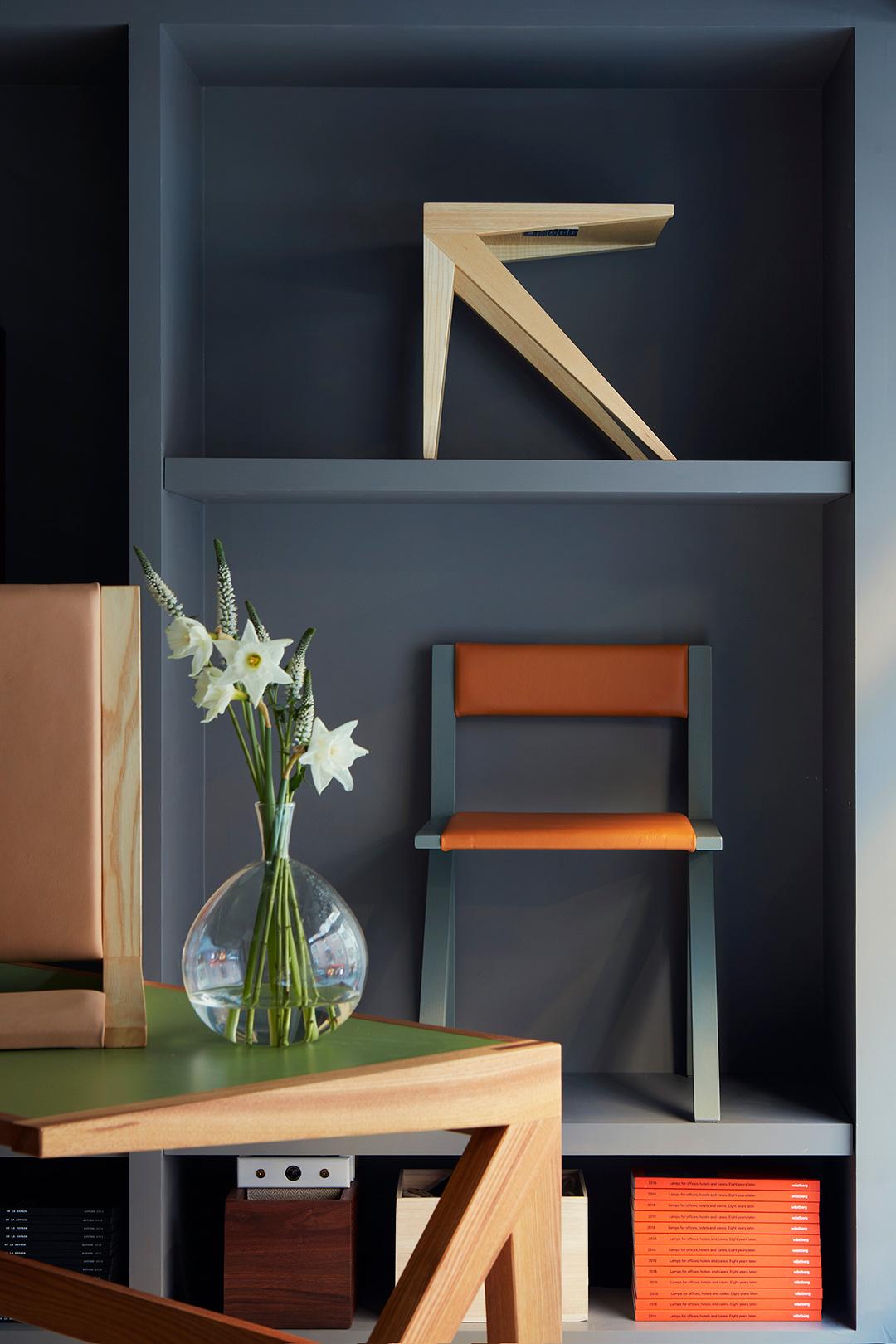 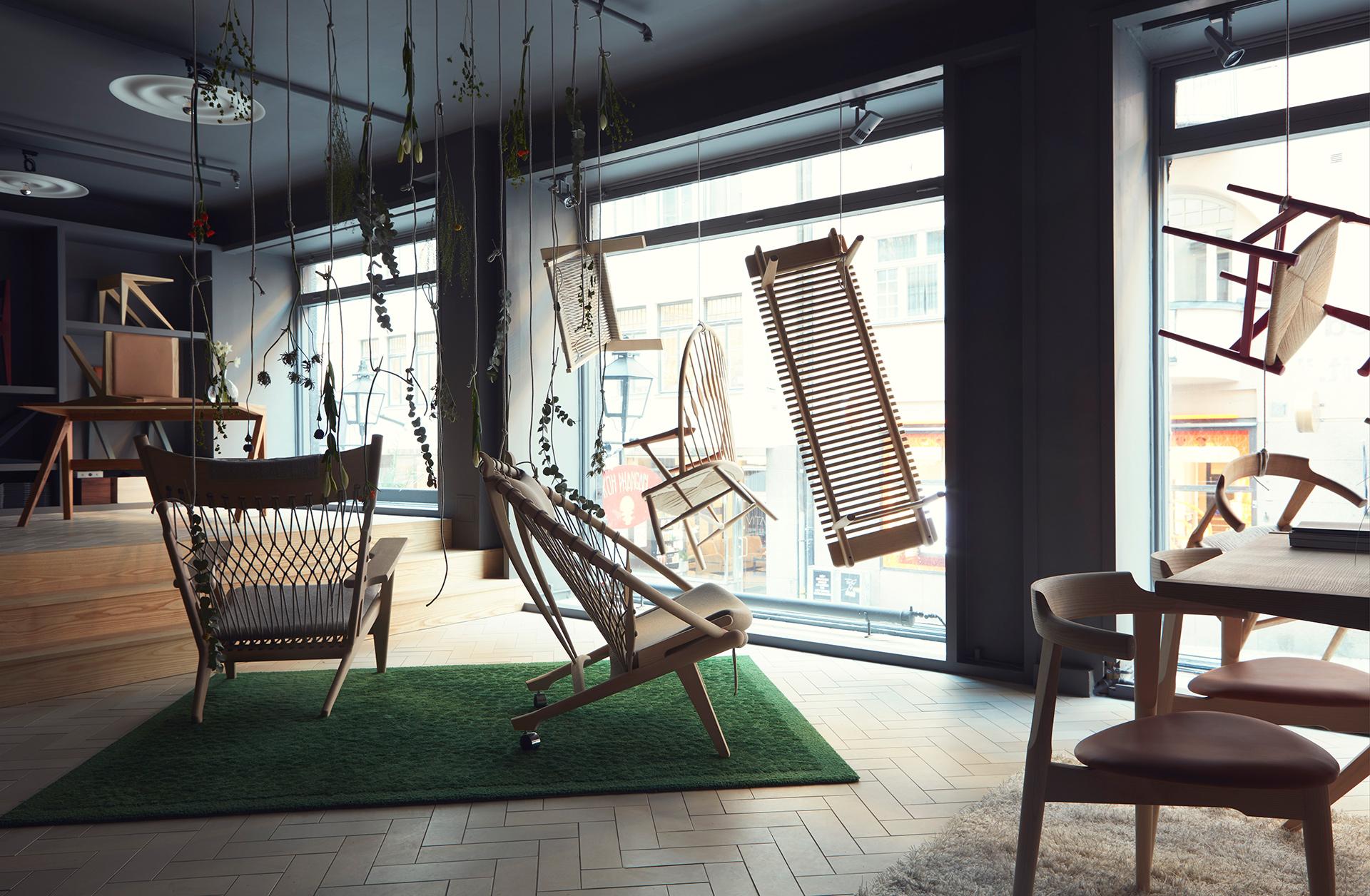 This window display blows me away

All of this is nice to see, nice to hold – but what’s the price tag, if one may be so bold? The website makes no mention of the cost of joining this exclusive club, which in my experience means it’s so astronomically prohibitive that someone like me need not bother inquiring further. However, Frame has readers beyond my income bracket, so I did inquire, and Carlström was surprisingly forthright about the membership prices. 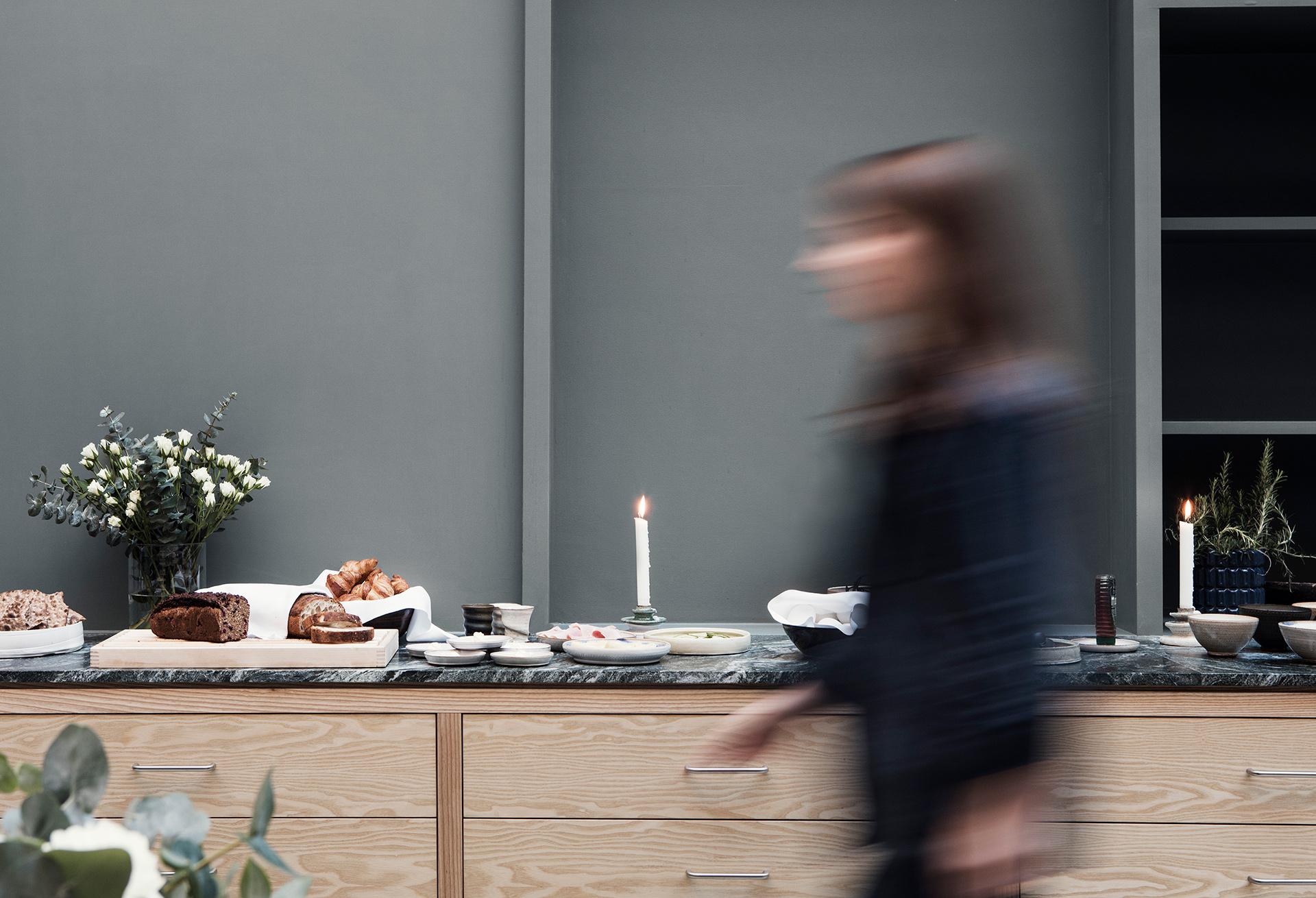 ‘Open gives you unlimited access to the restaurant and all communal floors. You also have the ability to book meeting rooms and use other office amenities. Dedicated members enjoy all the benefits of Open, with the added convenience of a permanent desk and personal storage space. Teams of three or more can be housed in Studios. These are also ideal for break-out sessions or to use as project rooms for a period of time. Out-of-Town memberships are for those not permanently based in Stockholm and include all the benefits of an Open membership.’ 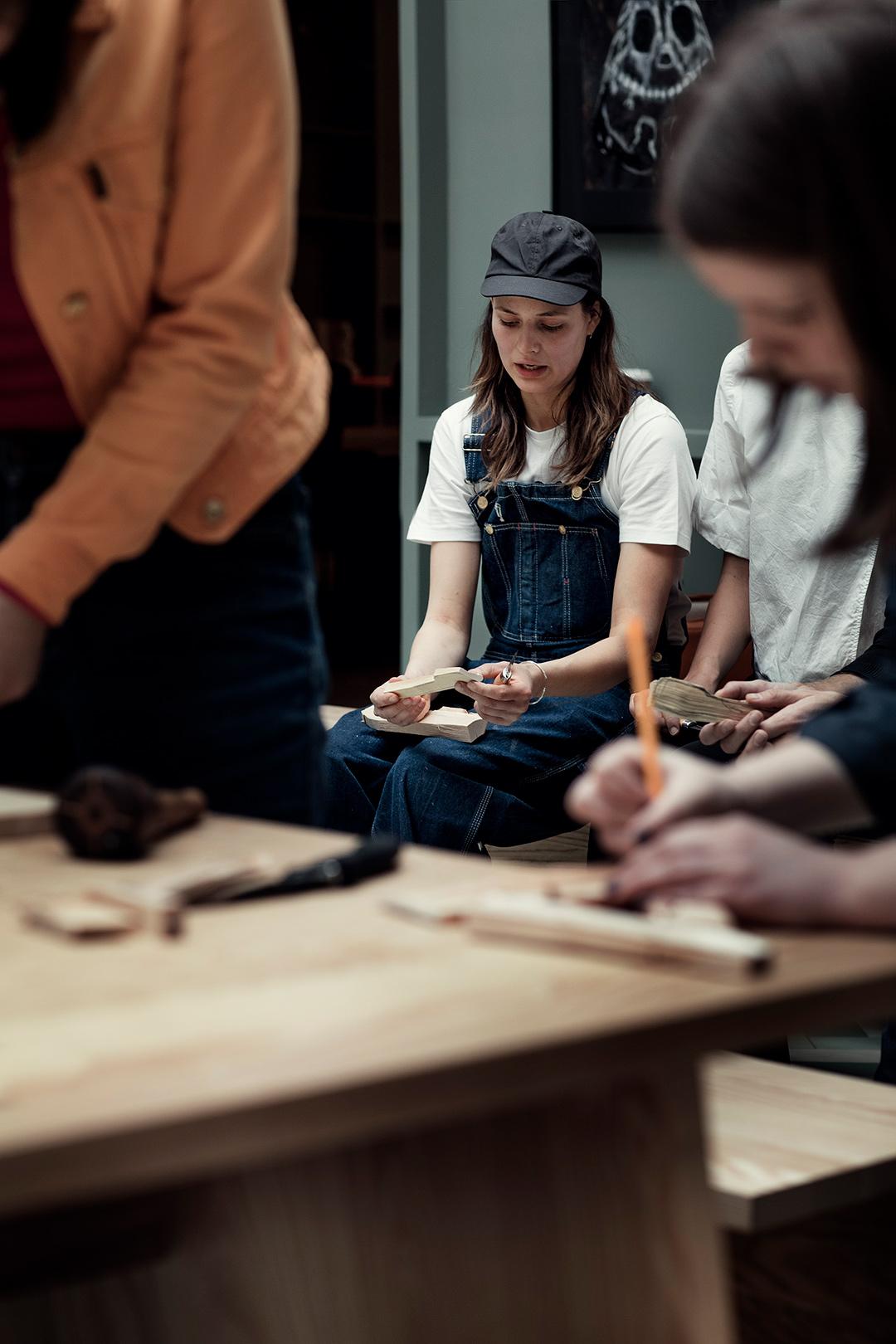 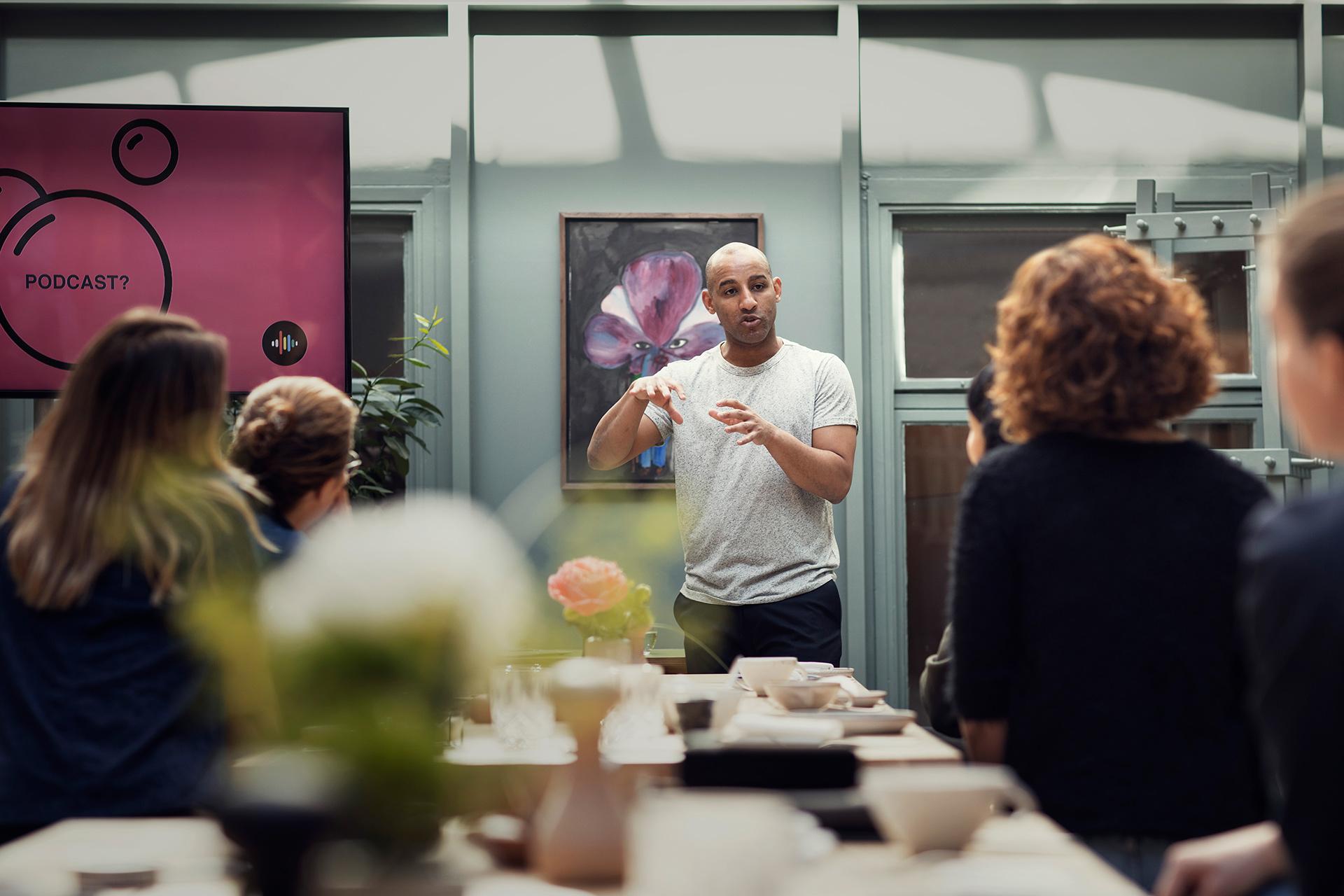 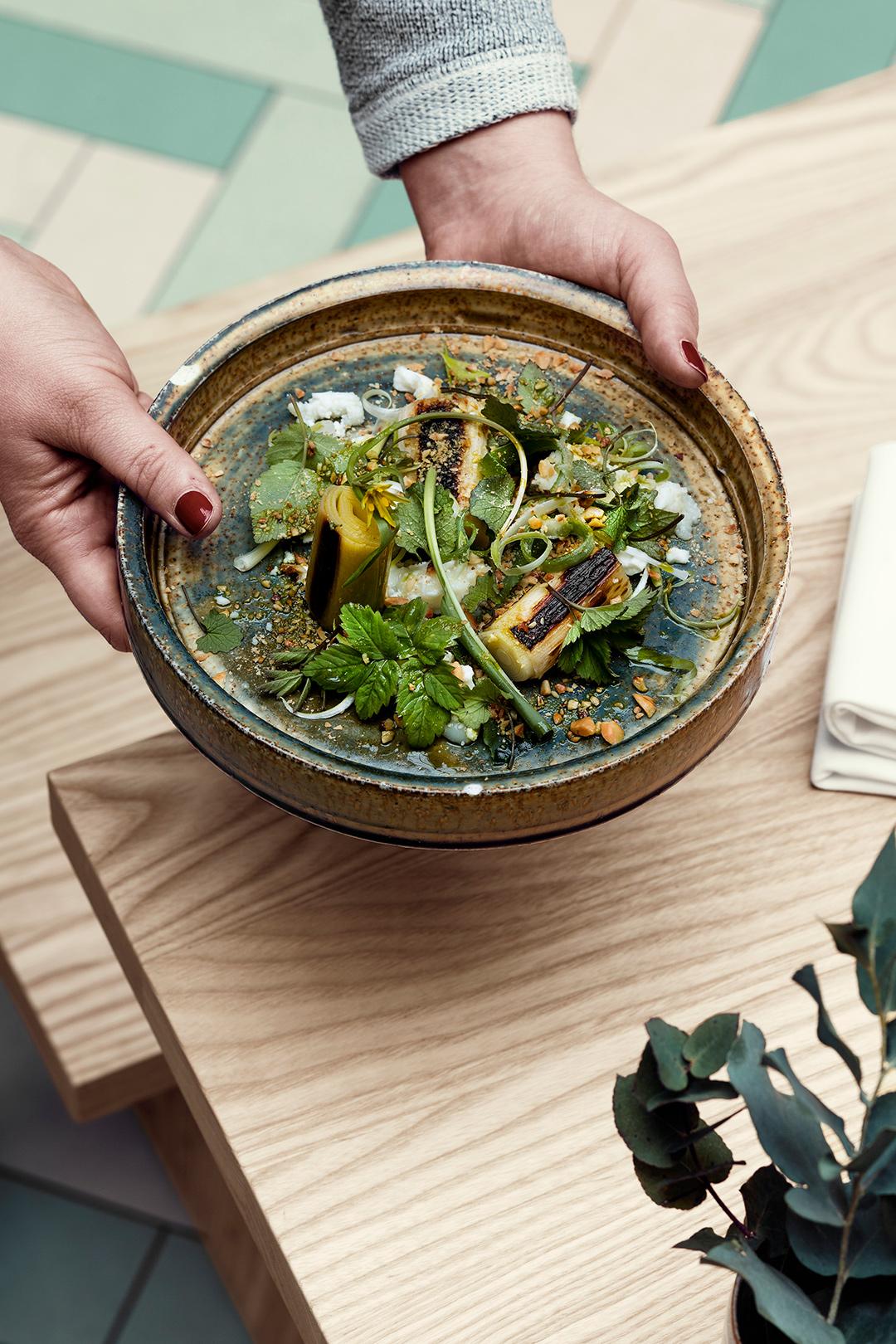 Not for the starving art student, then – the lowest monthly membership tier, Out-of-Town, adds up to about €200, about half the rent of a room in Stockholm.

'Well, we are actually priced on par with other co-working spaces, and not more expensive!' Carlström corrects me.

And at the end of the day, the value of a well-designed, supportive environment in which to do creative work, with the opportunity to meet and collaborate with like-minded talents and creative professionals, is beyond measure. Or at the very least, you can visit the Austere design store and pick up your own little piece of Alma. 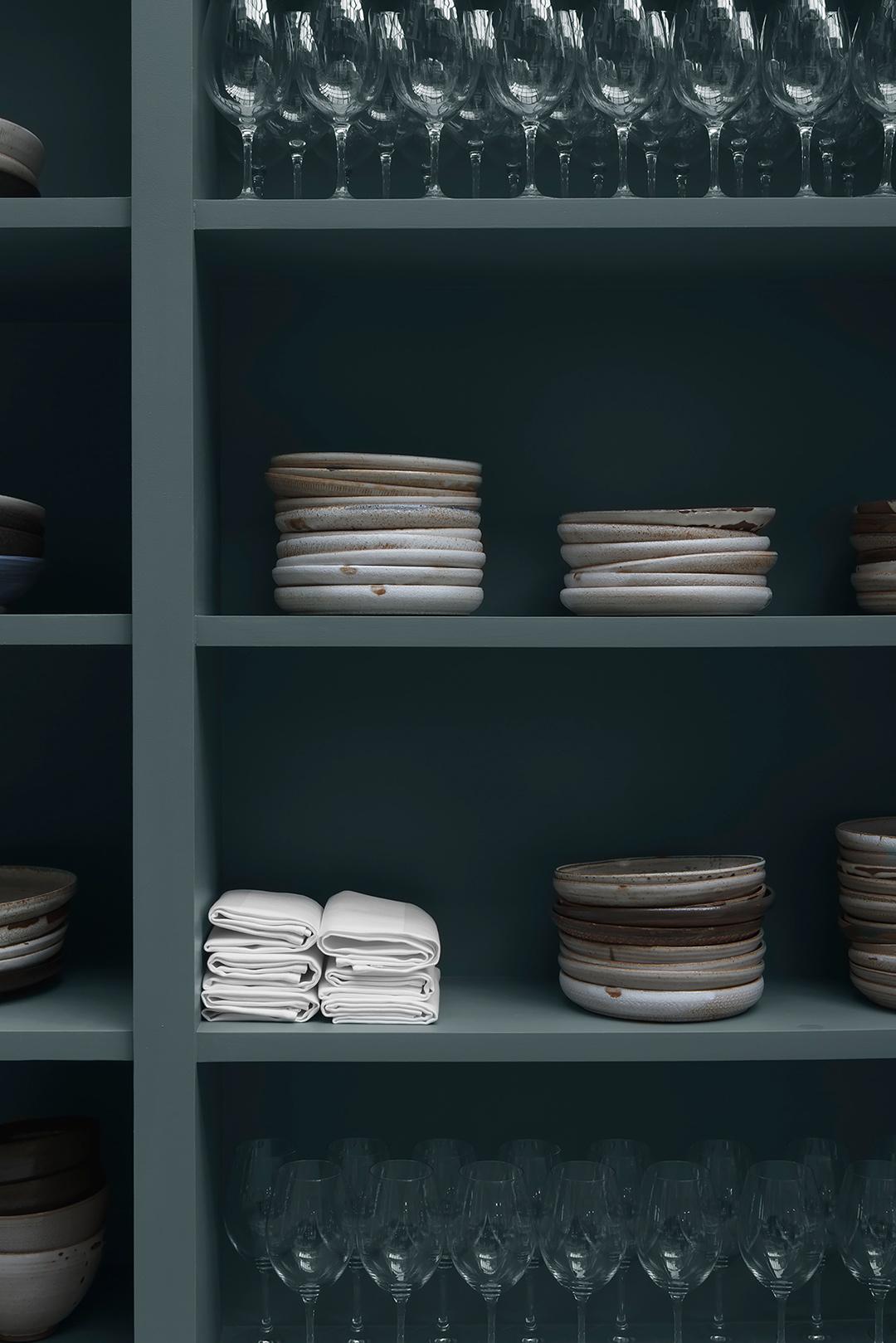 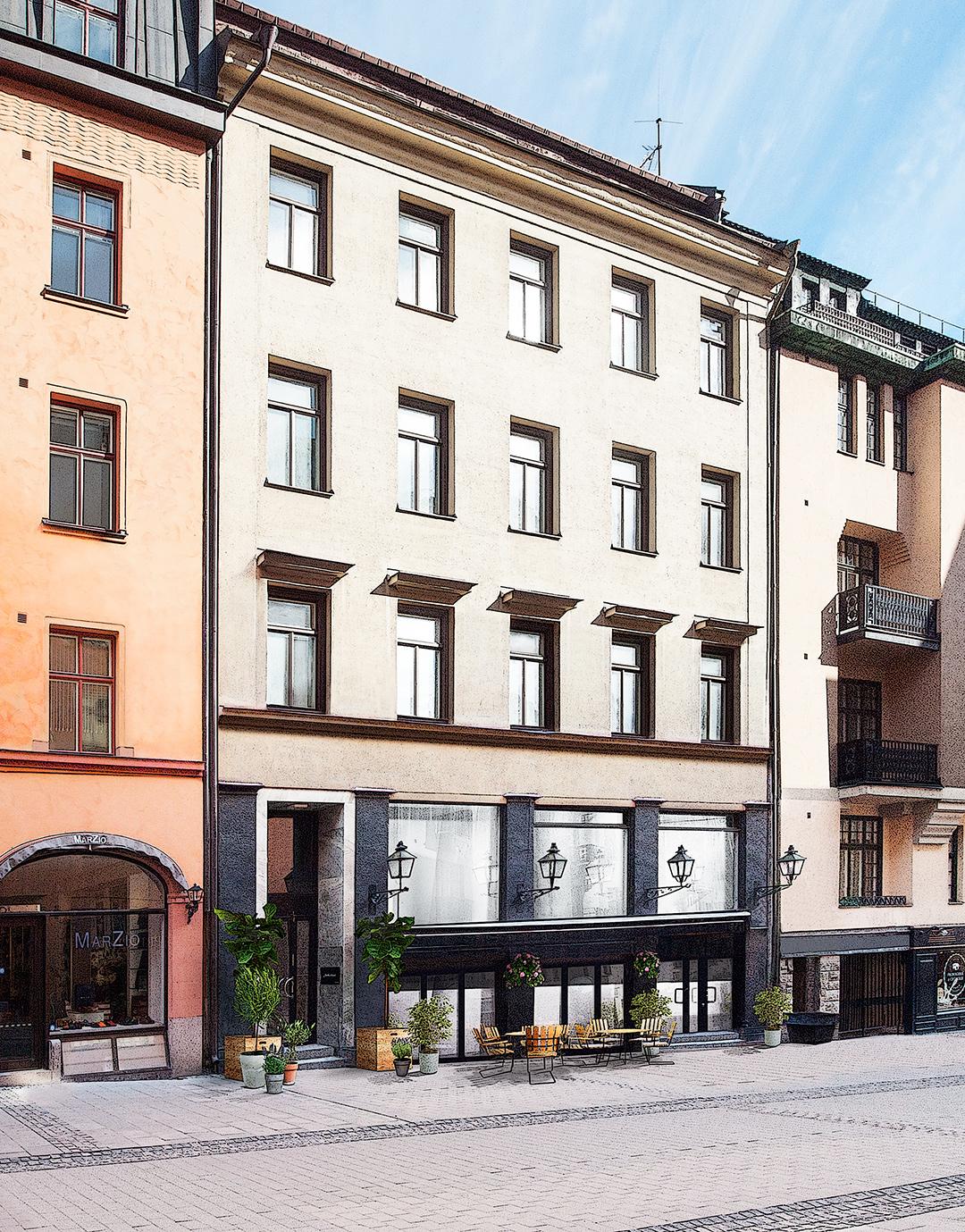