Architect Sophie Hicks had 75 sq-m to work with. She couldn’t reach too far upwards: due to planning restrictions, the reduced plot only allowed for a ground and a top floor to be erected. As this particular spot is located in pricey Kensington, building her own house there would seem like an exercise in waste.

And yet, she packed several worlds inside Earl’s Court 1A, her resulting abode. It became an exercise in space. 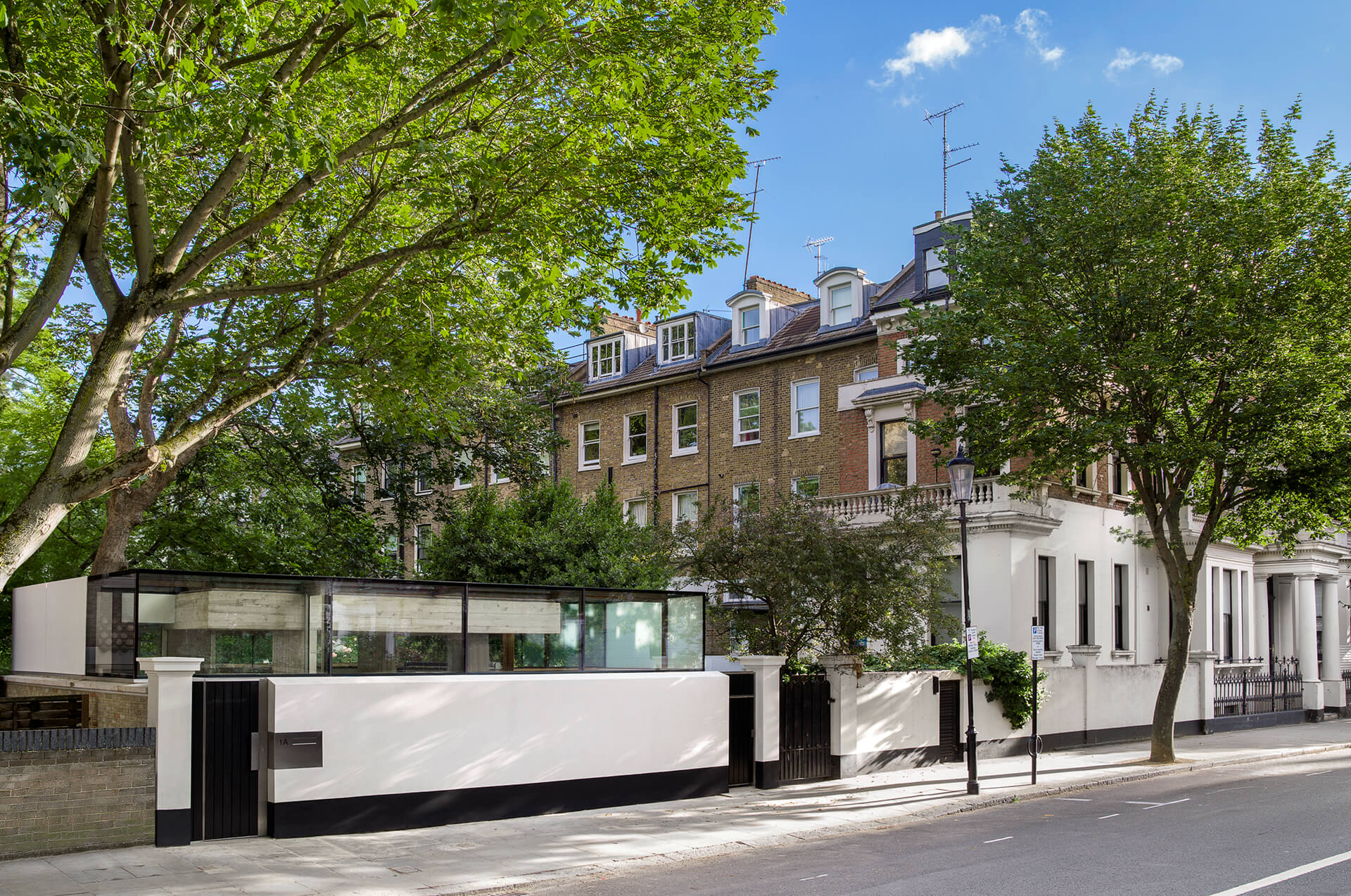 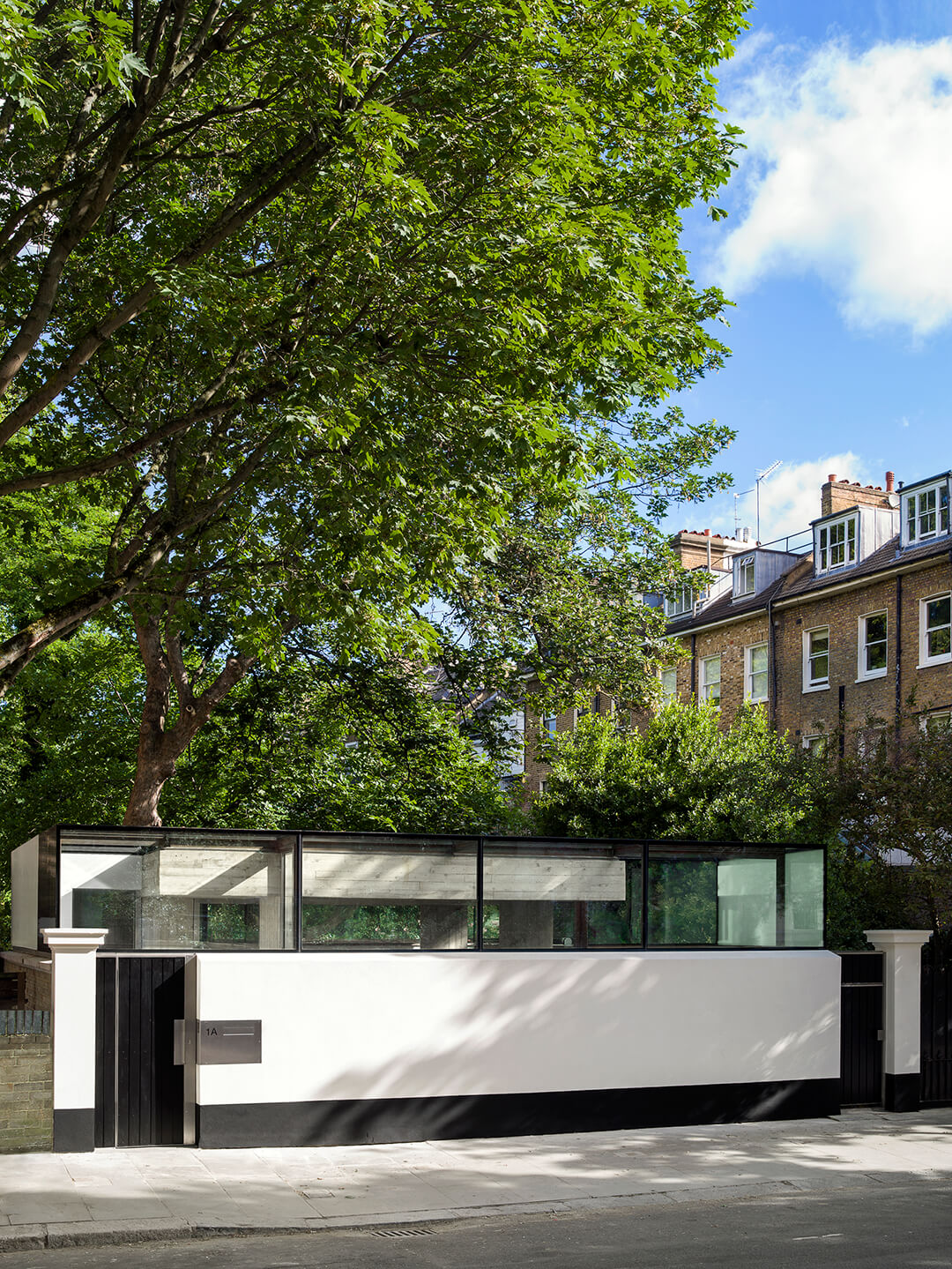 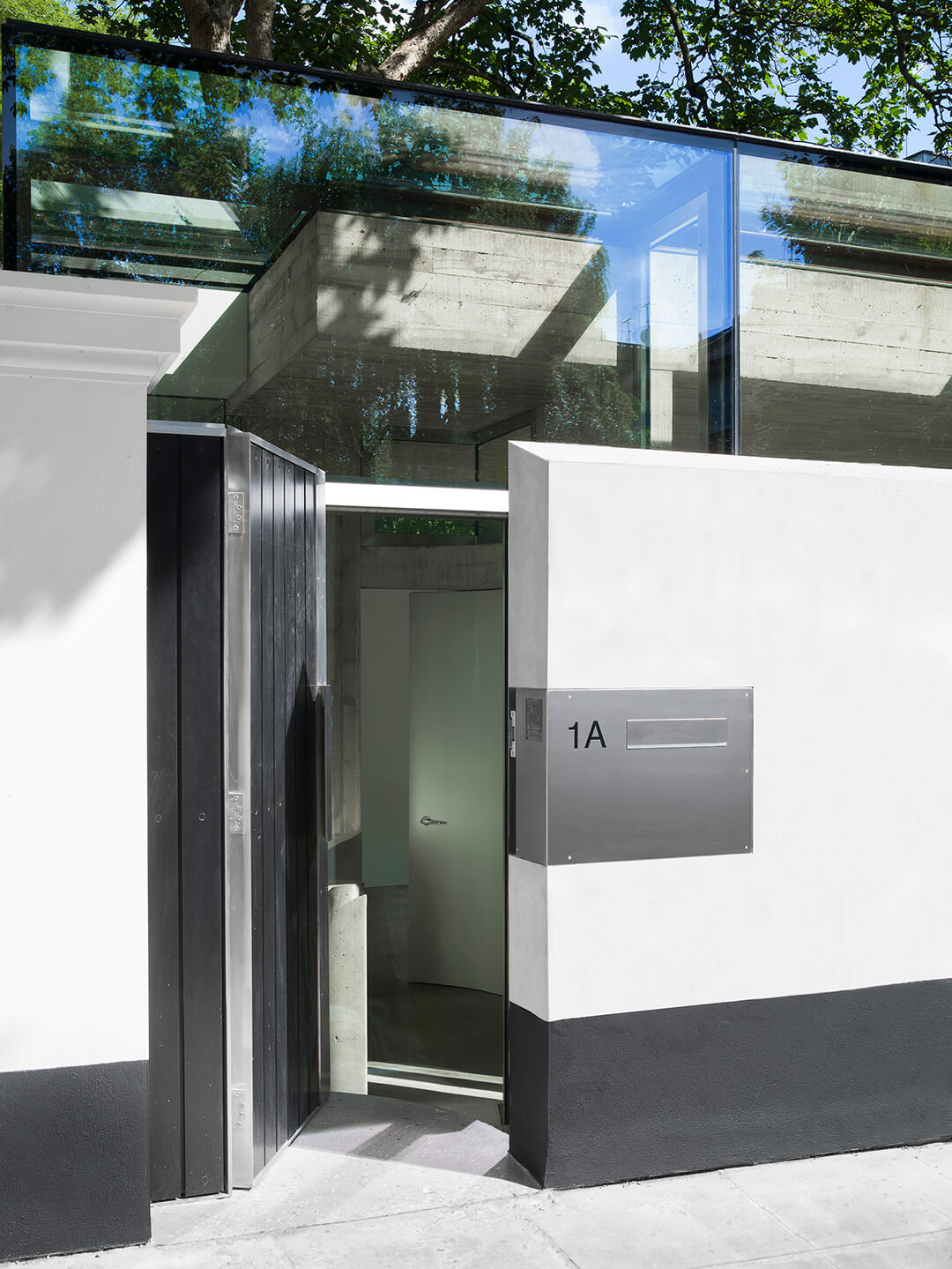 Hicks started by building right up to the boundaries, then dug down and raised the ceilings. ‘On the ground floor, the ceiling is three metres high, but 3.6 metres beneath the glazed up-and-over extensions that serve to decompose the perceived edges of the living area,’ she explained when speaking of the house’s odd new heights. Those perceived edges blur further due to the fact that she went for glass ceilings, which reflect and thus integrate the façades of neighbouring buildings, a canopy of trees outside and that rather elusive London sunlight. The home is a stone’s throw away from Earl’s Court Road, and yet the mood inside, even in the winter, makes it feel like an emotional transplant from the Lake District. 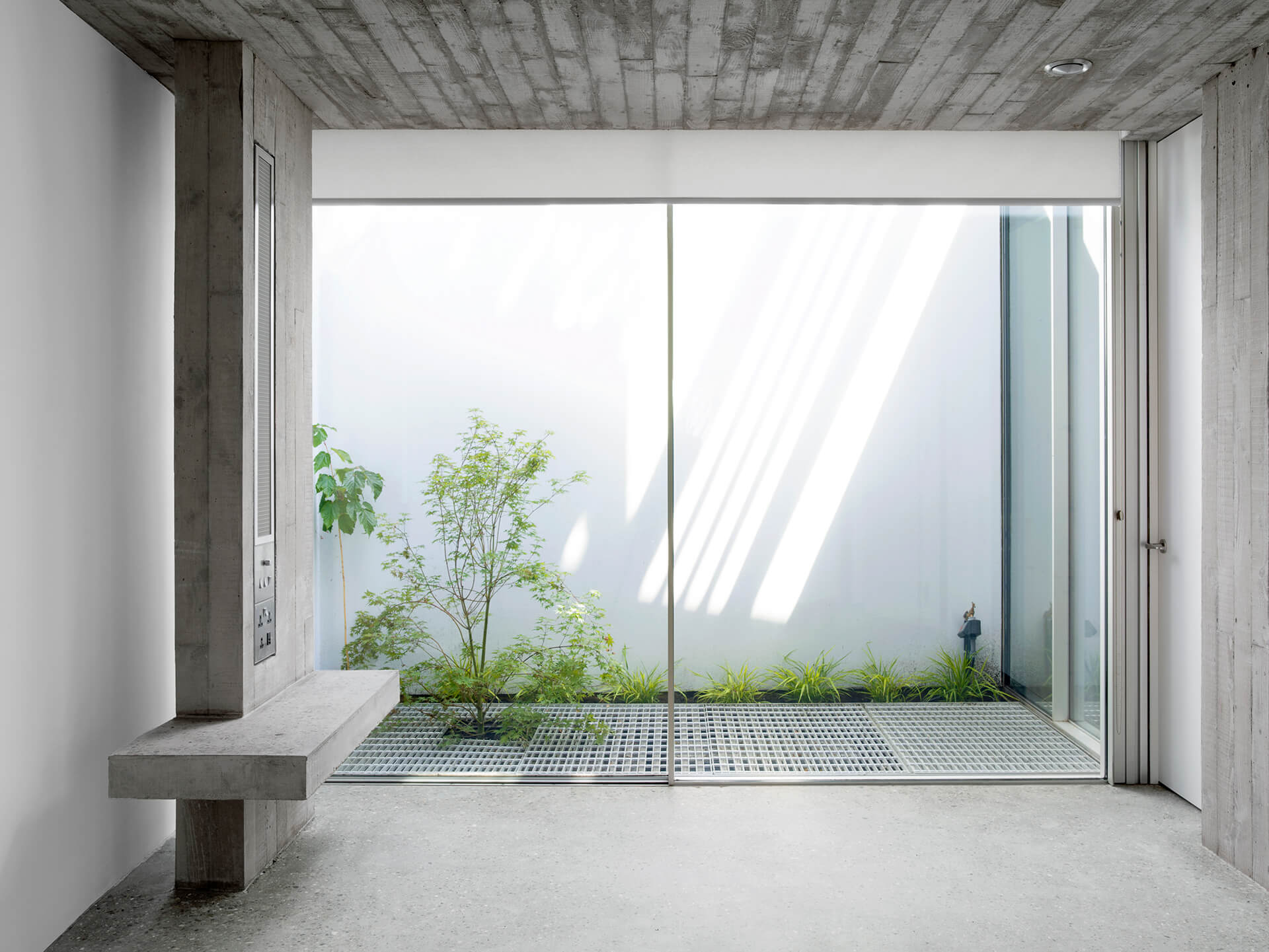 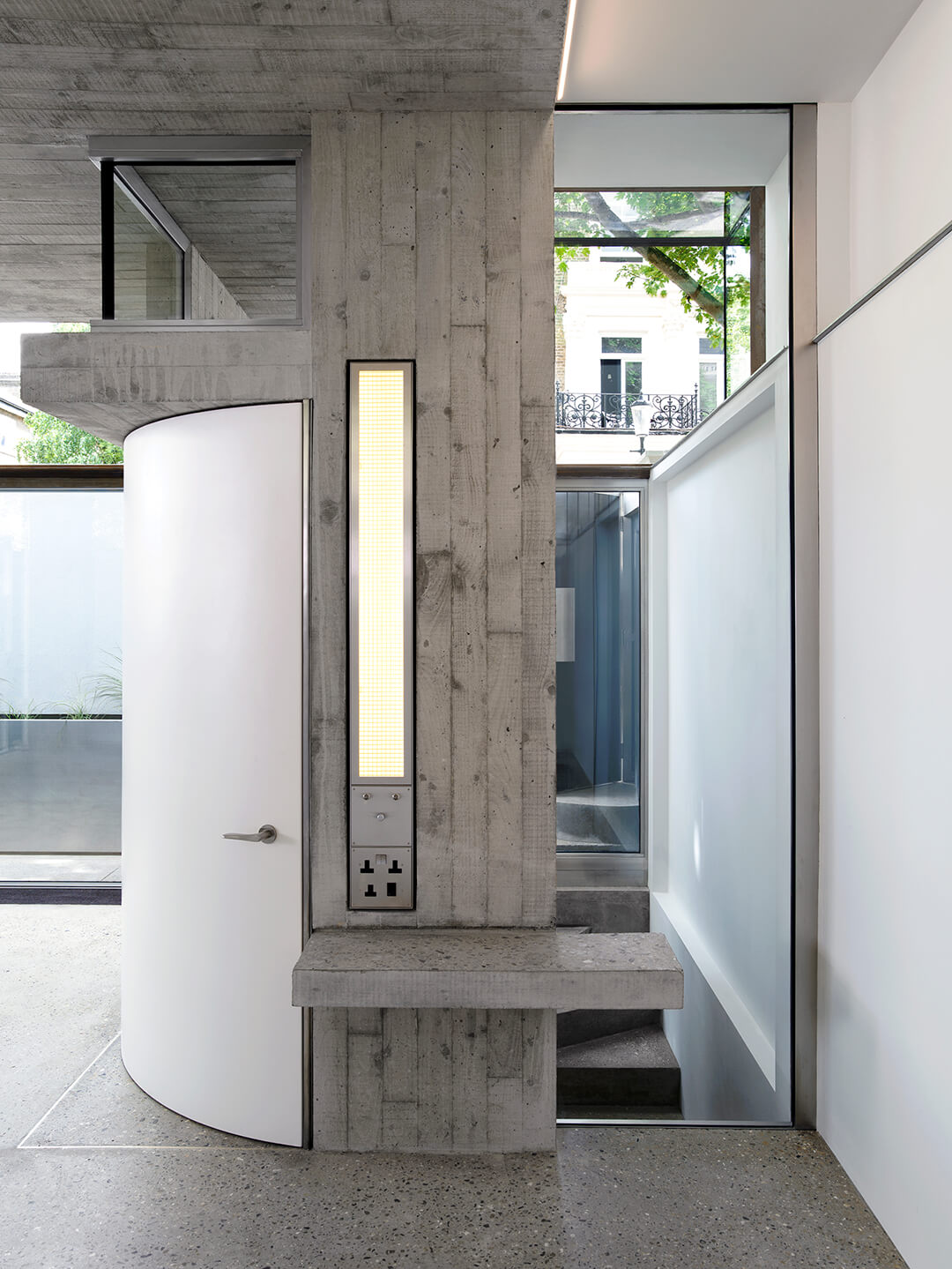 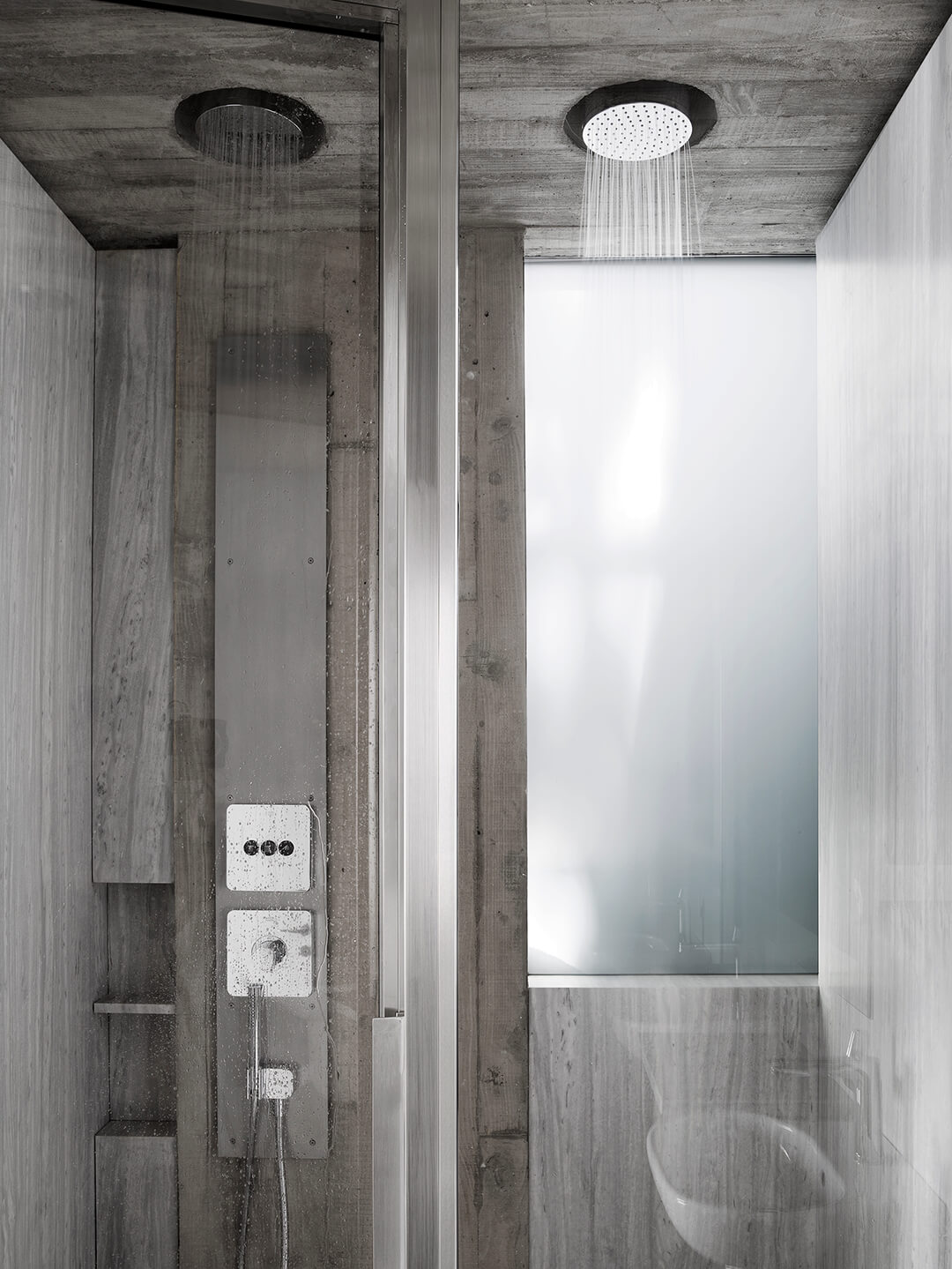 But the house is also built to be just as quietly considerate on the inside: the high-specification glass and the concrete structure help reduce heat loss, while built-in solar panels offset CO2 emissions. The finished ‘quiet machine,’ as Hicks calls her new home, is a discreet example of a type of discreet urban dwelling that takes as little space as possible and still contains as many multitudes as its dwellers need.