The Estudio Amatam team had never done a religious space before. Quite the contrary: most of the practice’s portfolio in its native Portugal is devoted to a very different type of modern communal space – the gym. And yet, that’s exactly where their newest clients decided Amatam would be a perfect fit for the Colinas do Cruzeiro Islamic Cultural Centre in Odivelas, a medium-sized city right outside of Lisbon. ‘One of the people responsible for the centre is a fitness enthusiast, and he was following our work,’ mused architect João Amaral. ‘He might have seen something of quality in our design approach, and decided to challenge us.’

That tells you everything you need to know about how a younger segment of the Muslim community sees itself in Western Europe. In the United States, second-generation Muslim Americans are using entertainment as an outlet – there are success stories such as those of comedian Hasan Minhaj and the new (and critically acclaimed) Hulu series Ramy. But here in Europe, their counterparts seem to be using design as a porthole – the Colinas do Cruzeiro centre looks very little like even the most recent projects built in architecturally bold territories such as the UAE. 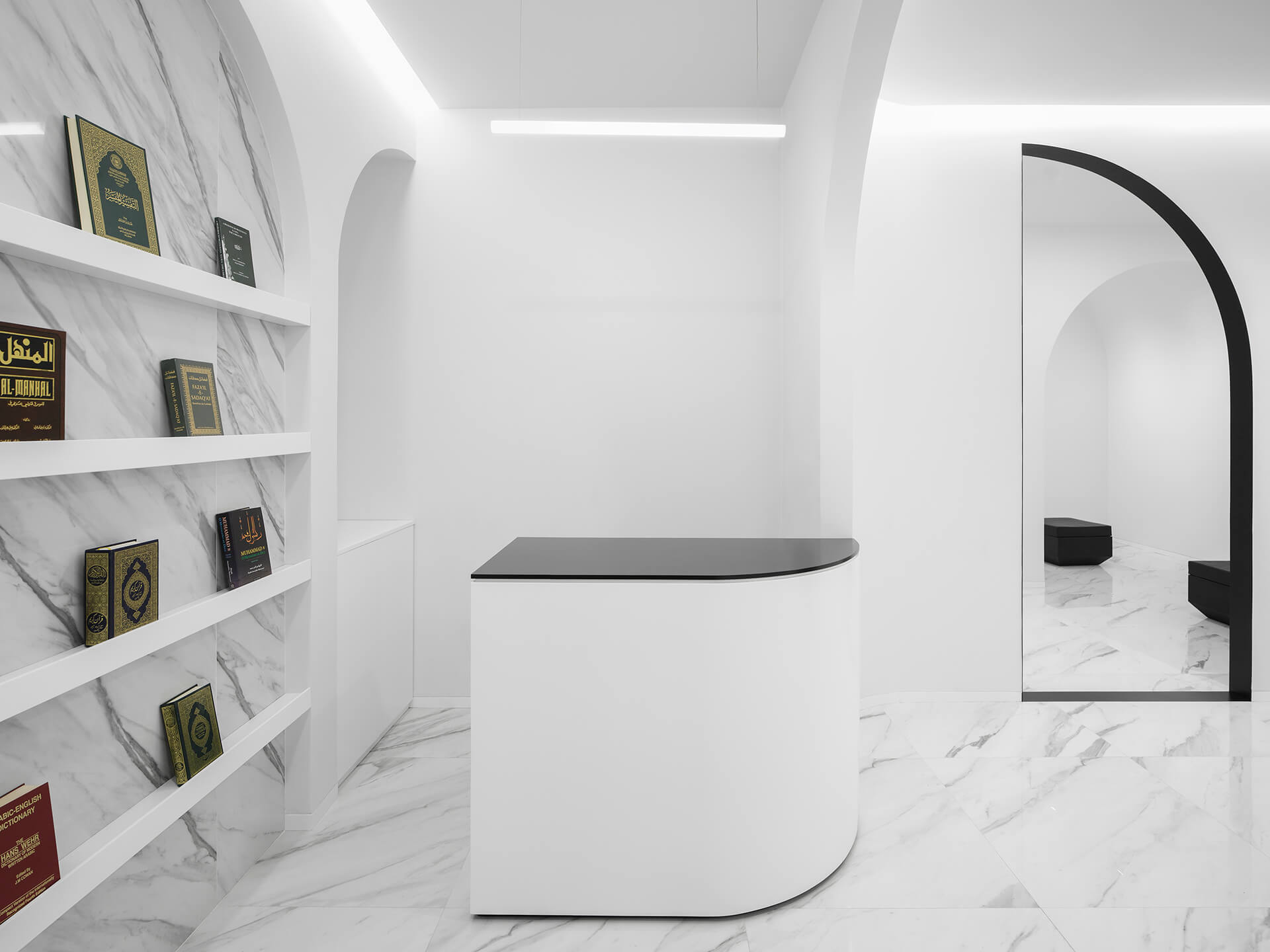 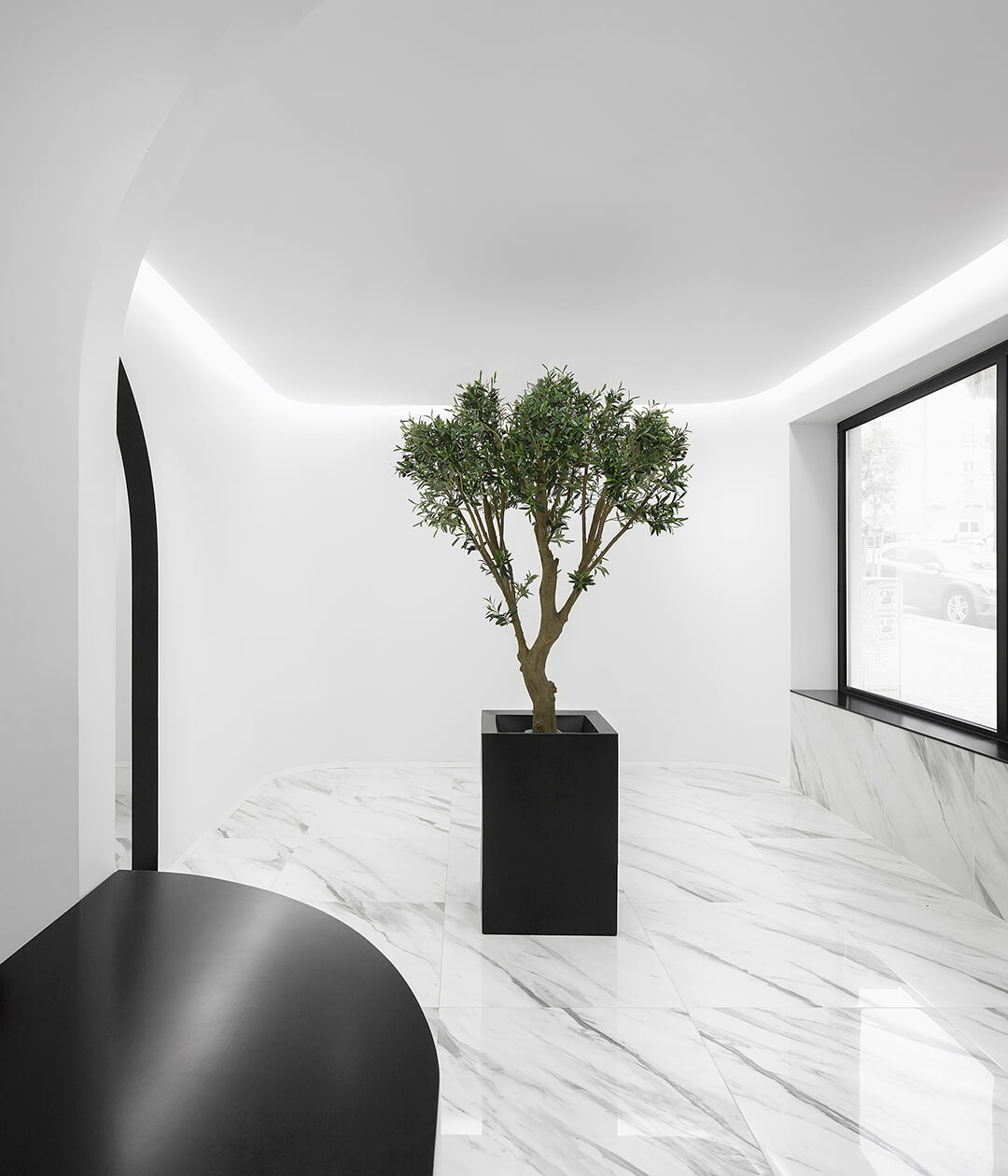 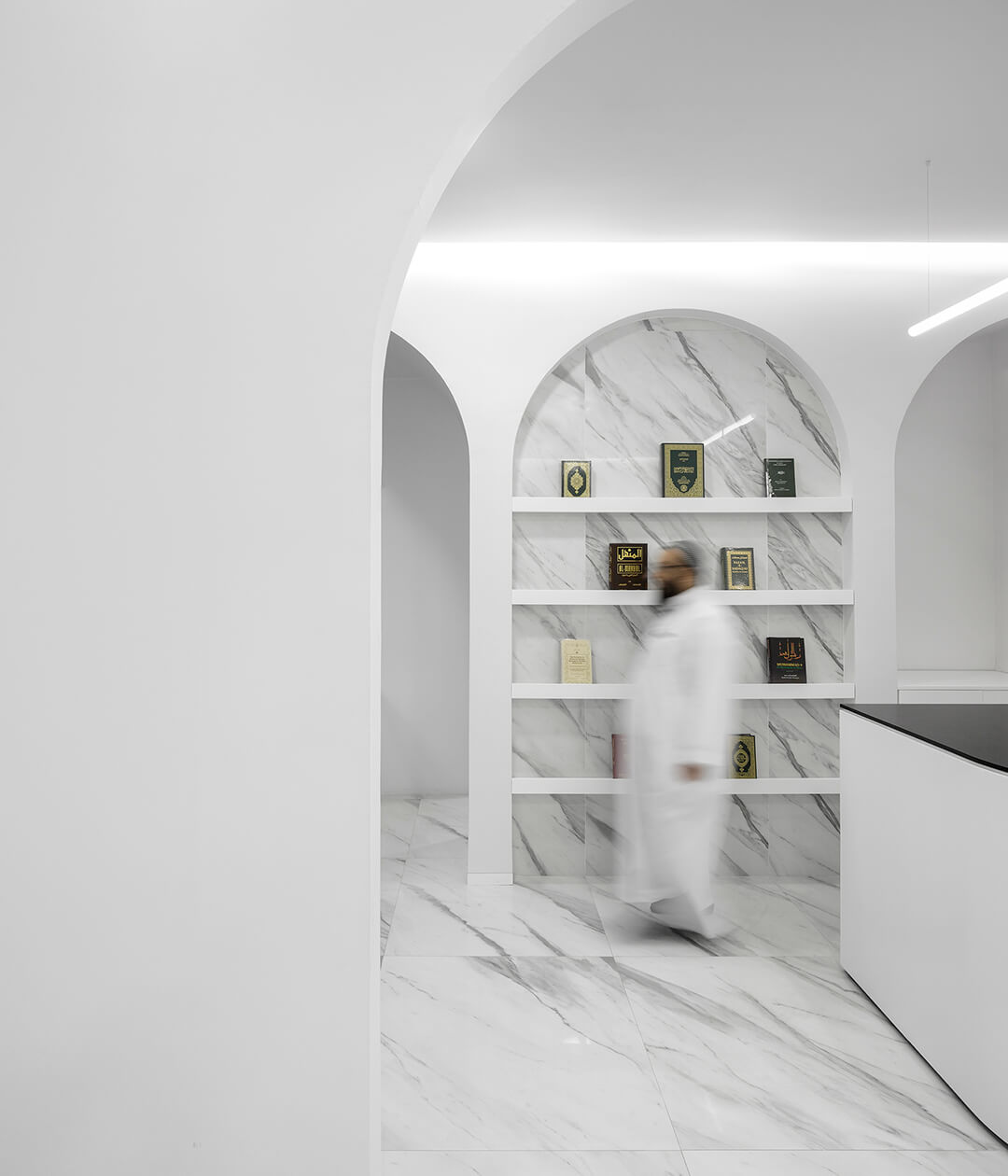 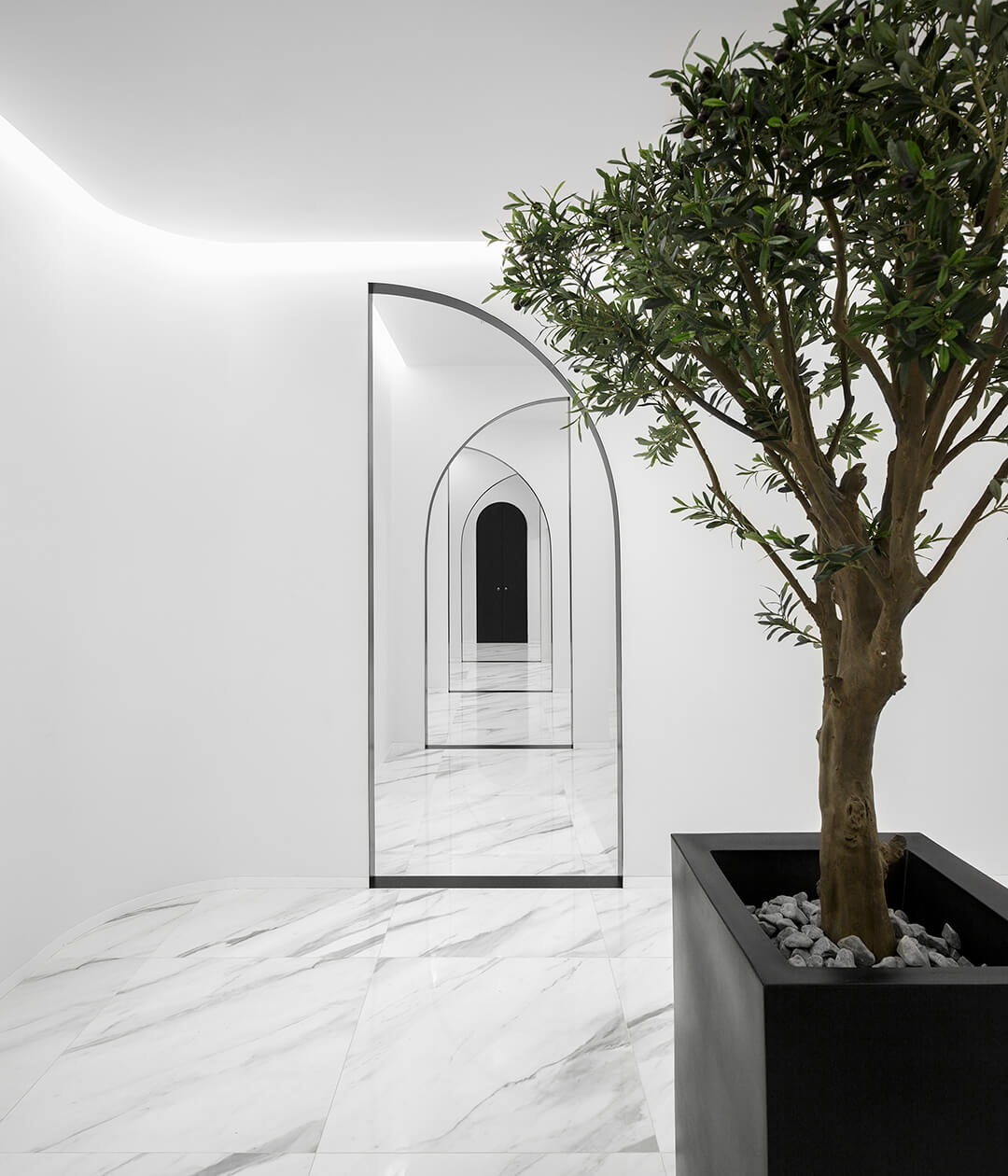 For starters, traditional elements such as the pointed horseshoe arches and groin vaults were resculpted to create abstract curved and fluid forms that serve as spatial dividers. As the centre includes an exhibition space, a space for the dissemination of literature, a meeting room, and a male and female prayer space, these divisions were key.

‘Religion is getting more and more oriented to the essential, to the things that really matter and bring people together,’ explained architect Manuela Tamborino. That’s the reason why she and Amaral balanced the sculptural gestures with a minimalist approach to material and colour – something the architects describe as ‘predominantly white, elegant, discreet and neutral.’ Even the reference to the symbolic blessed fruit of the olive tree, with one placed near the entrance, is handled in a subdued manner. 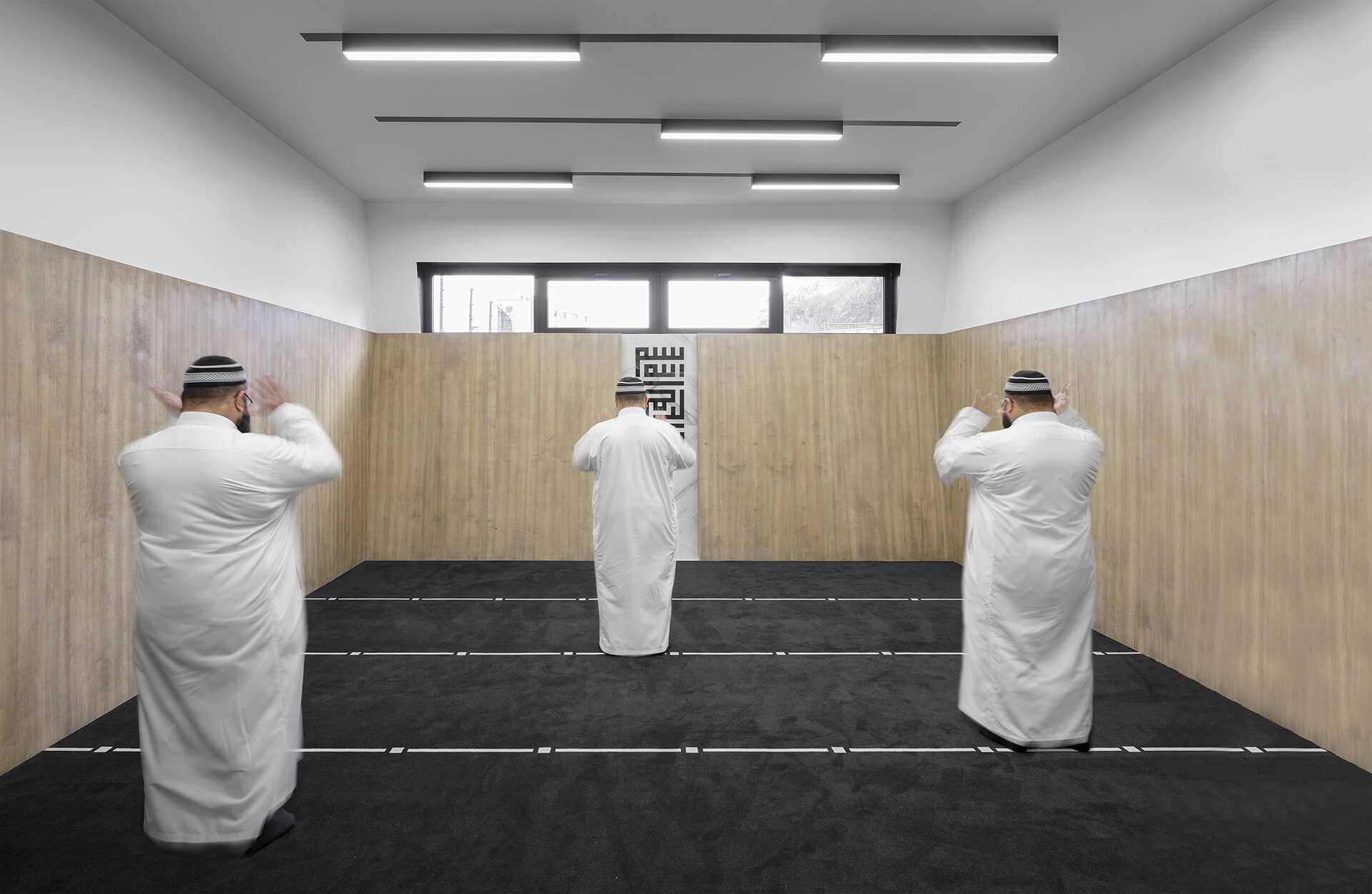 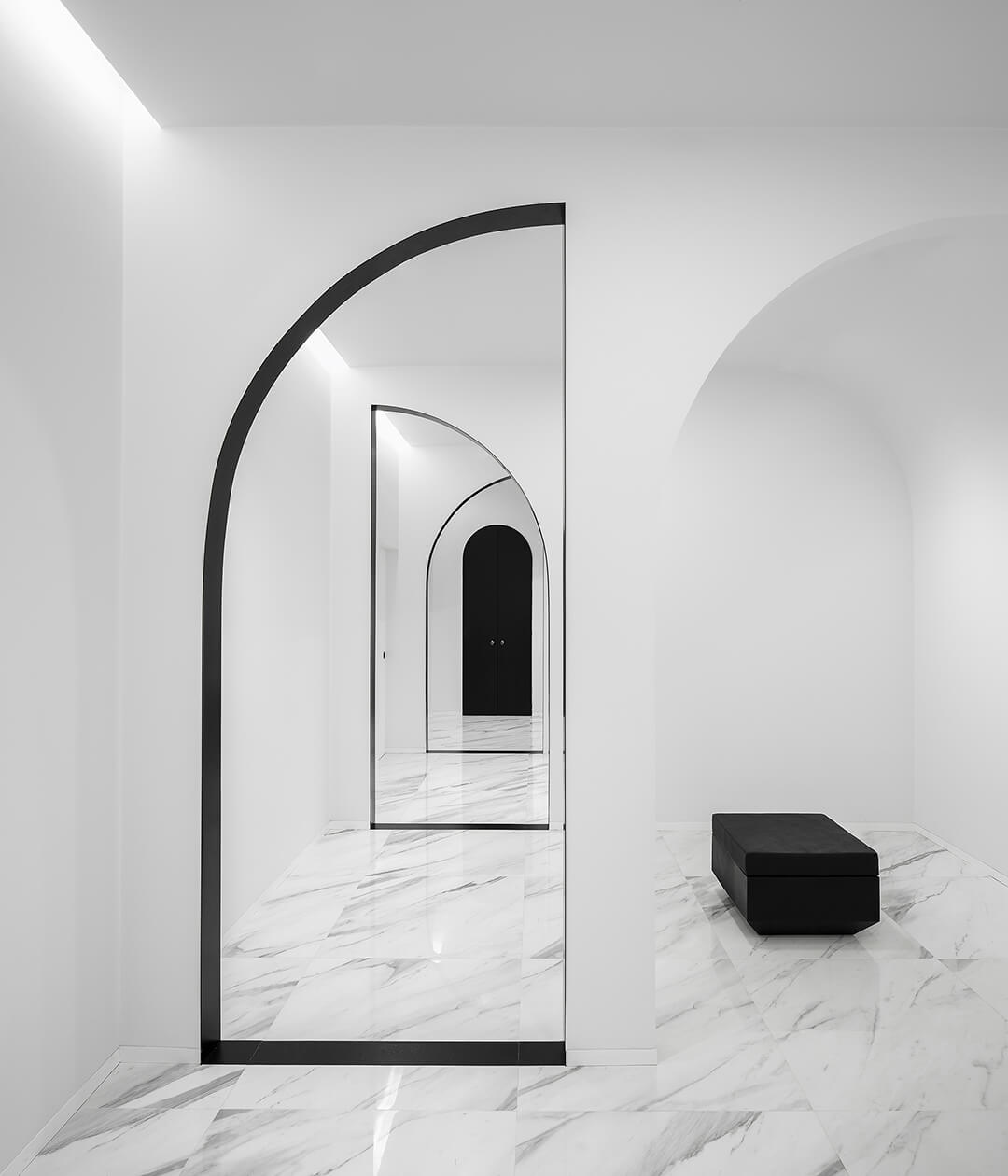 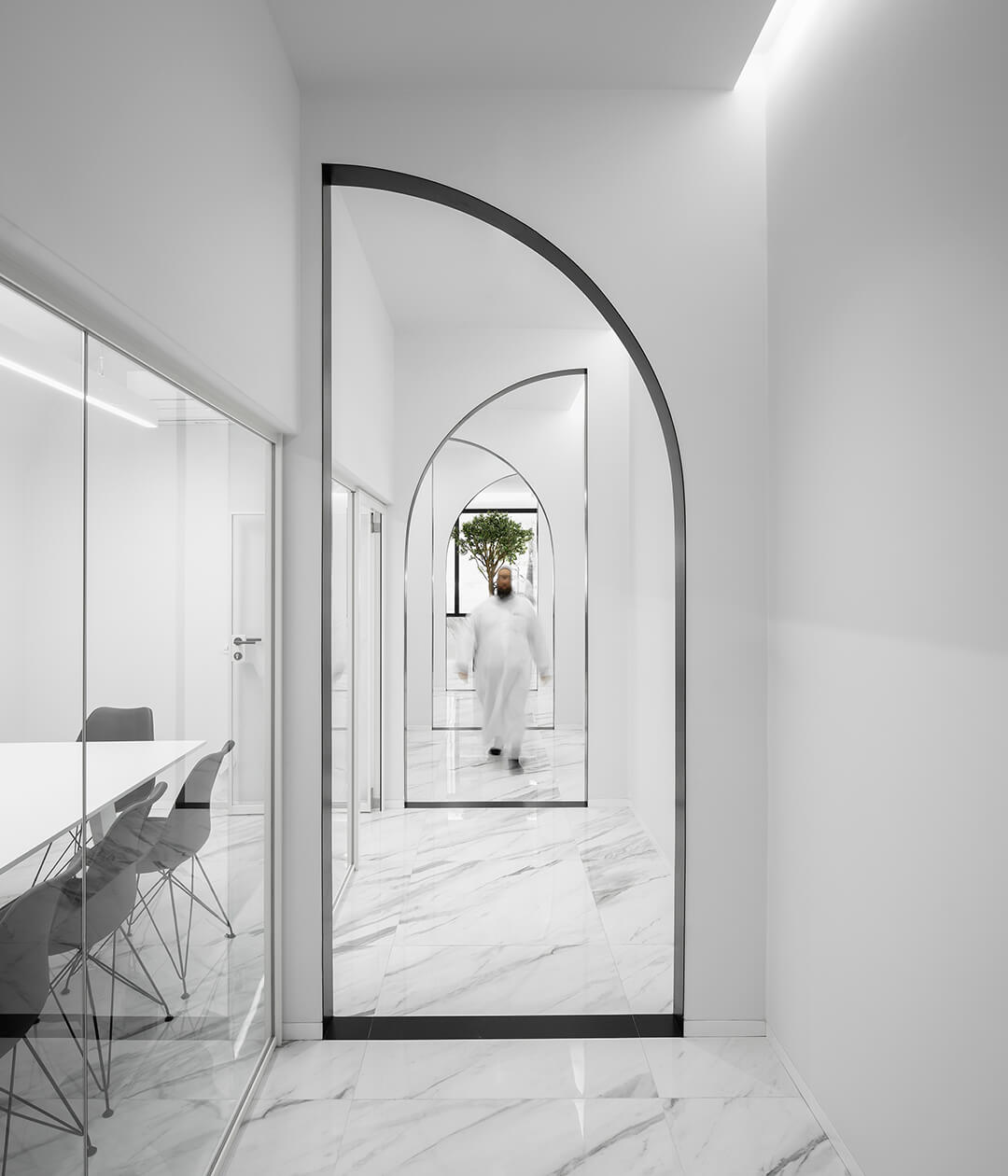 It’s an open door to everyone interested in really understanding the ways, the faith and the culture of this community

But beyond an understandable generational shift in aesthetic leanings, why now? ‘In the face of present events, there’s a lack of tolerance and maybe even an underlayer of fear towards Muslin communities all over the world,’ stated Amaral. ‘Here in Portugal we are traditionally a tolerant society, and I believe this project is a way to prevent this unwanted reality. It’s an open door to everyone interested in really understanding the ways, the faith and the culture of this community that’s settled here.’

The centre opened a few weeks ago and it’s already receiving encouraging feedback from the positively surprised members of the Sunni community in Odivelas. In fact, the response to this spatial challenge of a culturally specific space has been so glistening that Amatam now has another Muslim-oriented project lined up – a set of modular classrooms for an Islamic college, another space that’s ripe for rethinking.