ANA Architecten convinces a boat to become a house

ANA Architecten appropriated a Belgian cargo boat and created an idyllic family home in IJburg, a residential neighbourhood in full expansion. Although it's ready to sail off at any moment, the house ship aims to make you forget you're floating on Amsterdam waters. 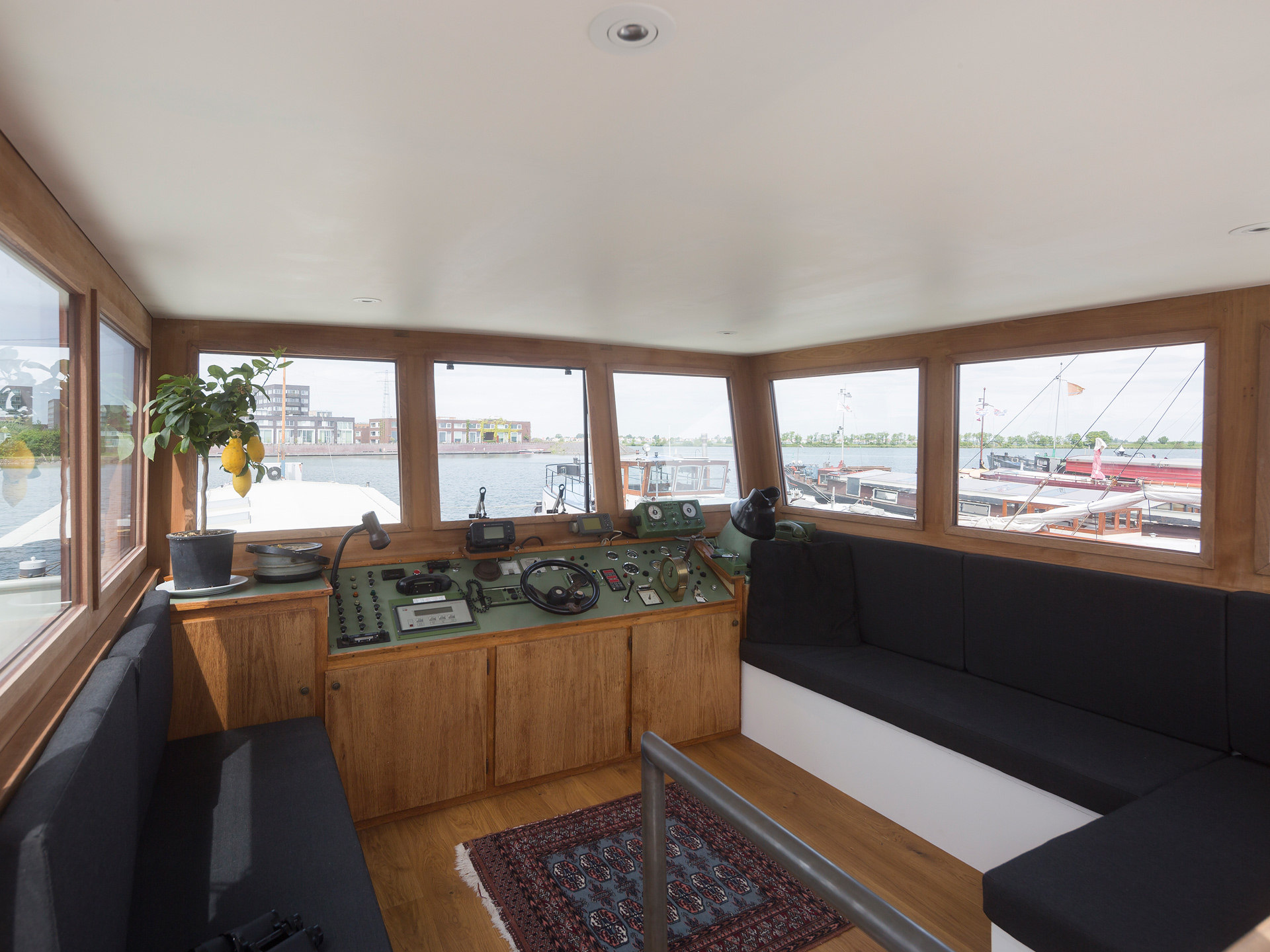 Its current location has restrictions on the dimension of the harboured ships – 6.60 x 40 x 1.5 – determining the ship that had to be bought by the client. Once found, it was still too long that they shortened it by eleven metres. Although the original cargo ship had a family living area in its back, this was all torn apart to create a completely new architecture. 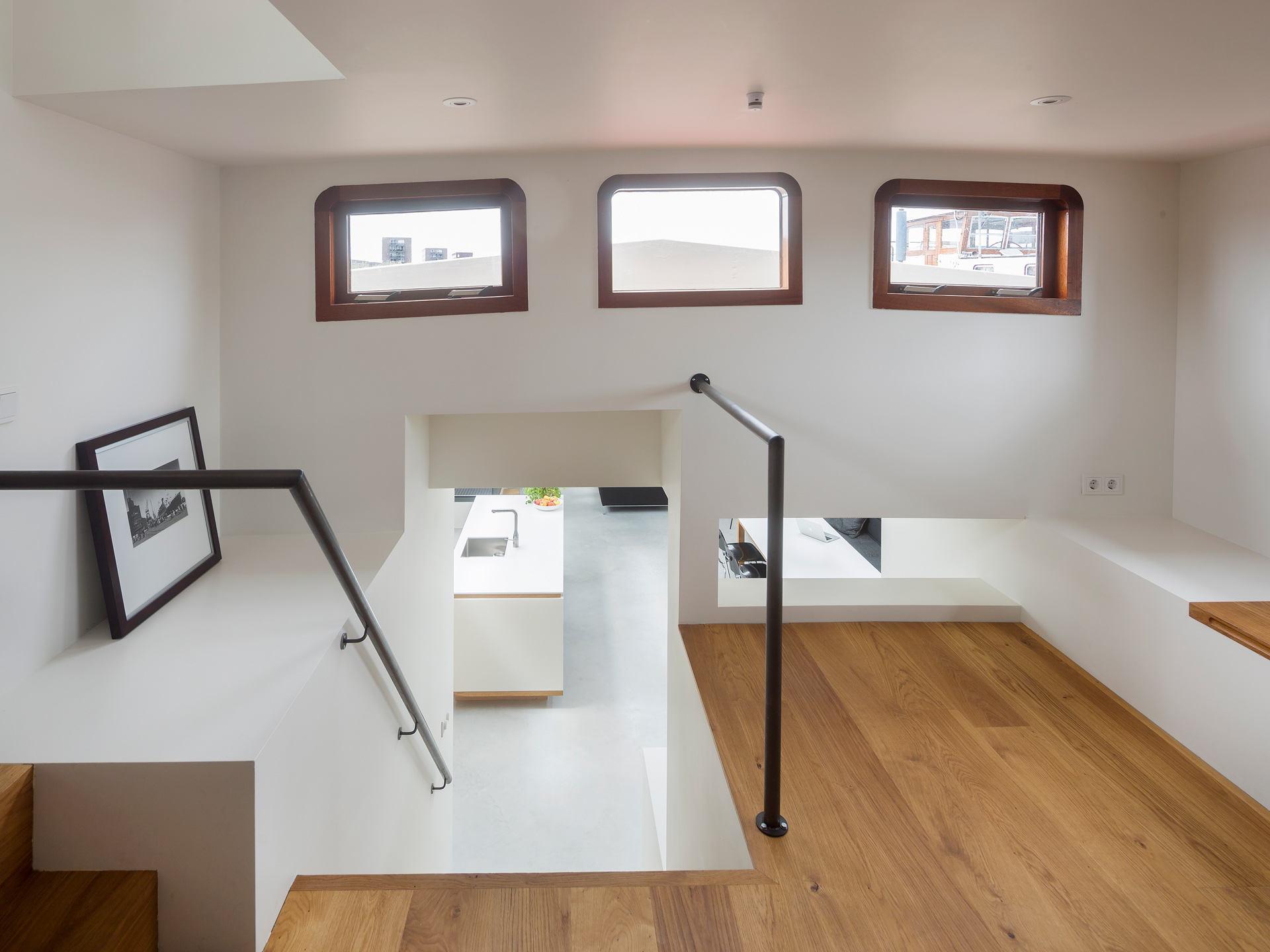 Both were, thankfully, accomplished and no family promises were broken. ‘Our life and our habits as a family created this. And a bit of an appreciation of modernist tendencies. So a bit Scandinavian, a bit of Eames, and us.’

The home definitely foregoes all notions of nautical themes that come with the ‘territory’ and is designed as a crisp modernist interior leaving it to the portholes to remind visitors that they truly are on a boat – even snatching off a few Eames DCMs along the way. White interiors with polished concrete floors are complimented by wooden pieces allowing for abundant storage space and a visual marker connecting all the spaces together. 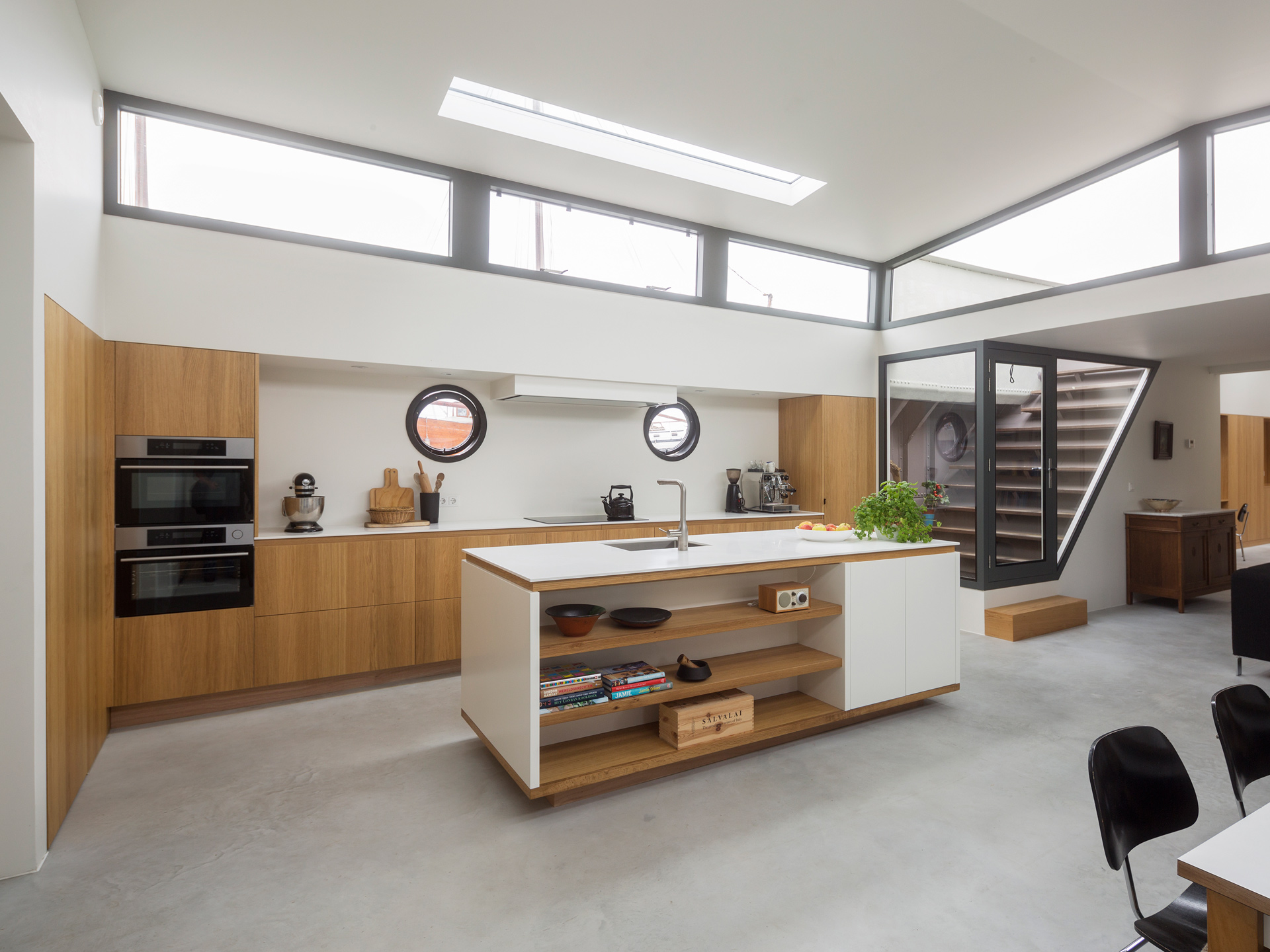 Unlike other boathouses on the market, the priorities were to maximize privacy, height and space. The sight lines extend from the entrance a half-storey above the living area to the private bedroom area. This is reminiscent of a Japanese house, where there is a constant connection between family members and a total banishment of the corridor lifestyle more common in Western culture.

The living area including the bedrooms boasts a full four metre high ceiling with clerestory windows and a couple skylights to flood the space with daylight but maintain privacy in the boathouse neighbourhood. Bedrooms are all connected with large sliding doors creating one big room rather than several small chambers. 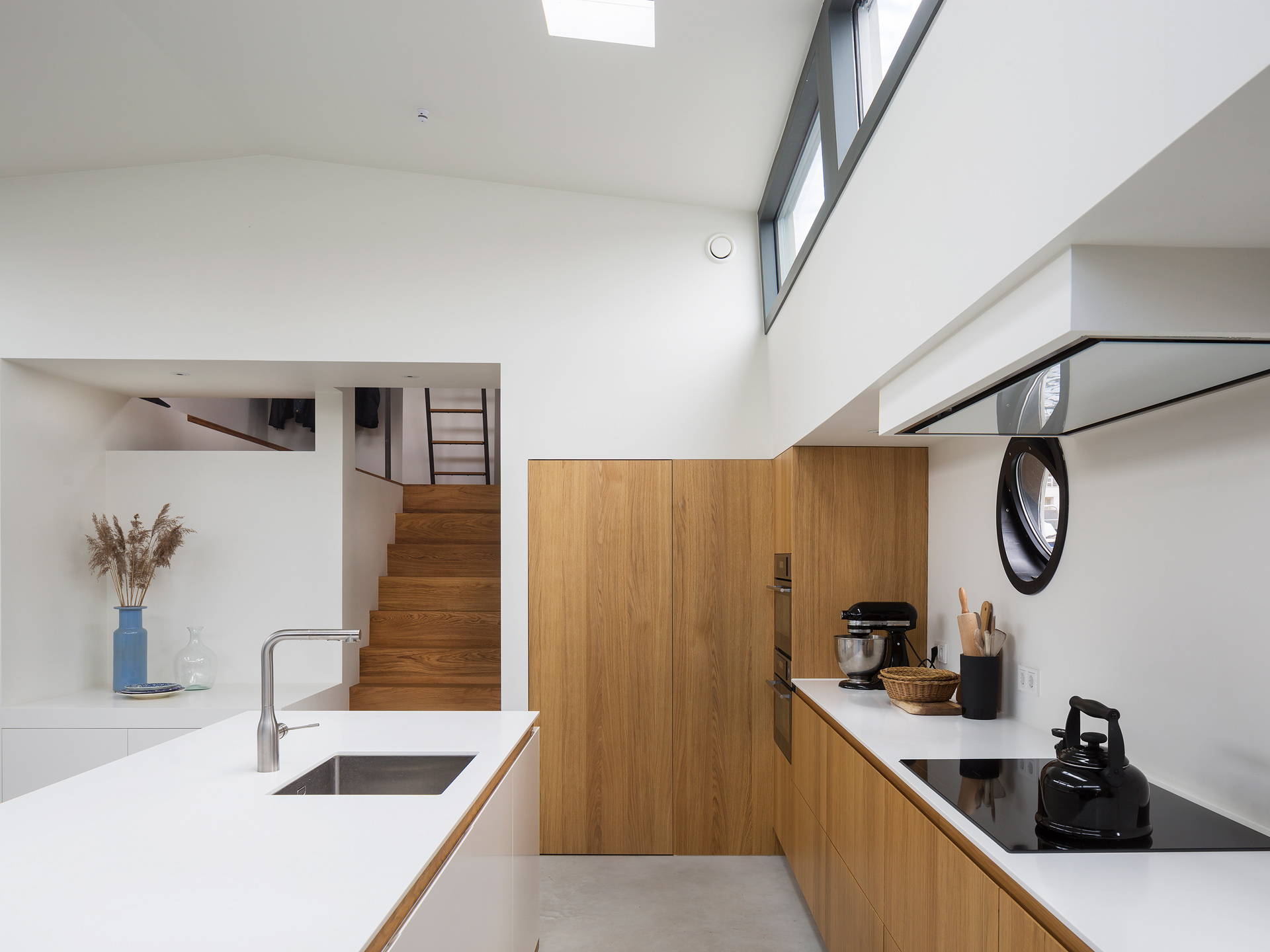 It is first and foremost a conversion project – and the true architectural value is in its modesty. It keeps reminders of its legacy such as the maintenance of the original wheelhouse and leaving the welding marks and rivets of the original ship in the stairwell leading to the exterior terrace. They also re-used the original African azobe wood for the deck and steps. 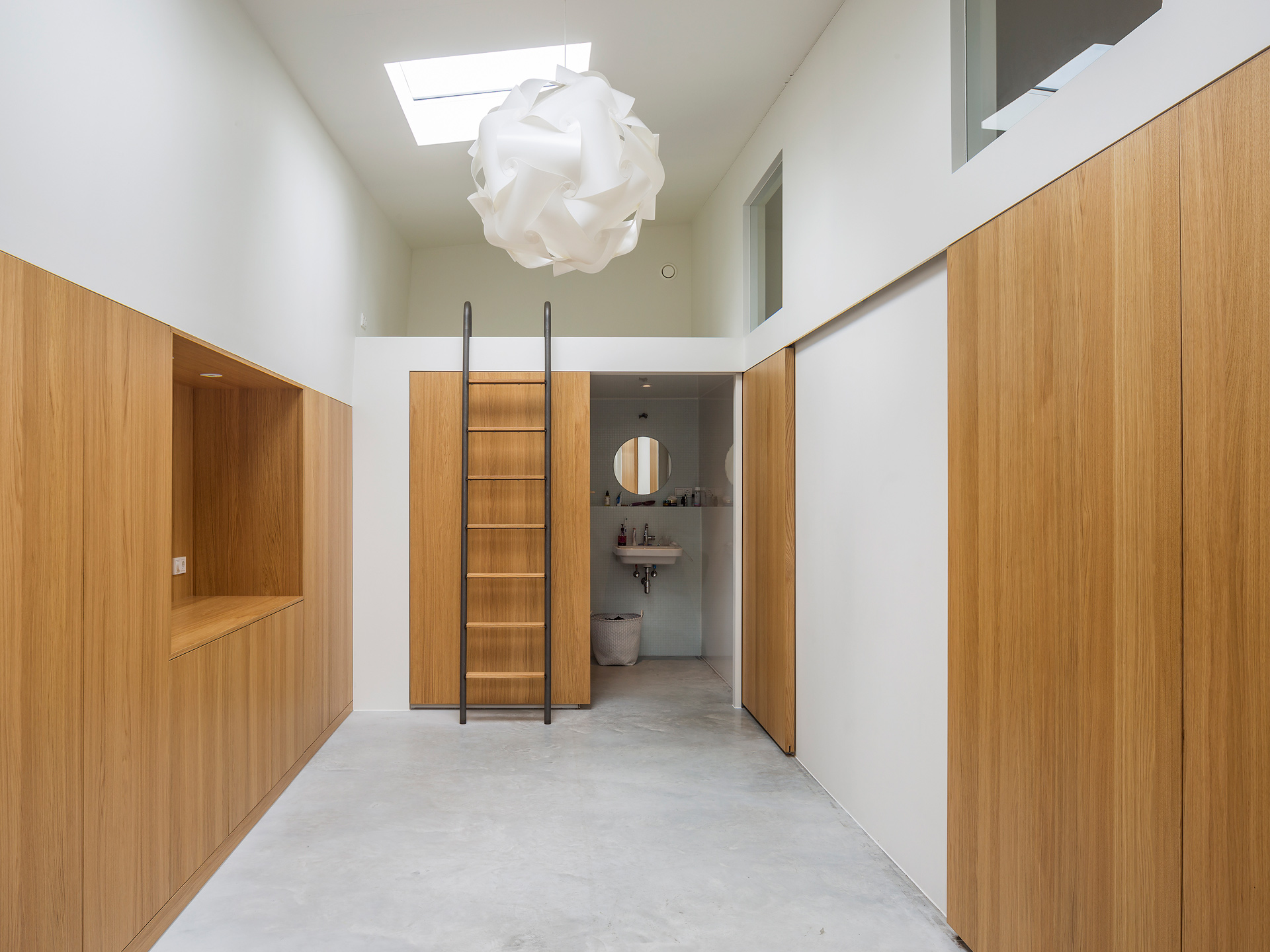 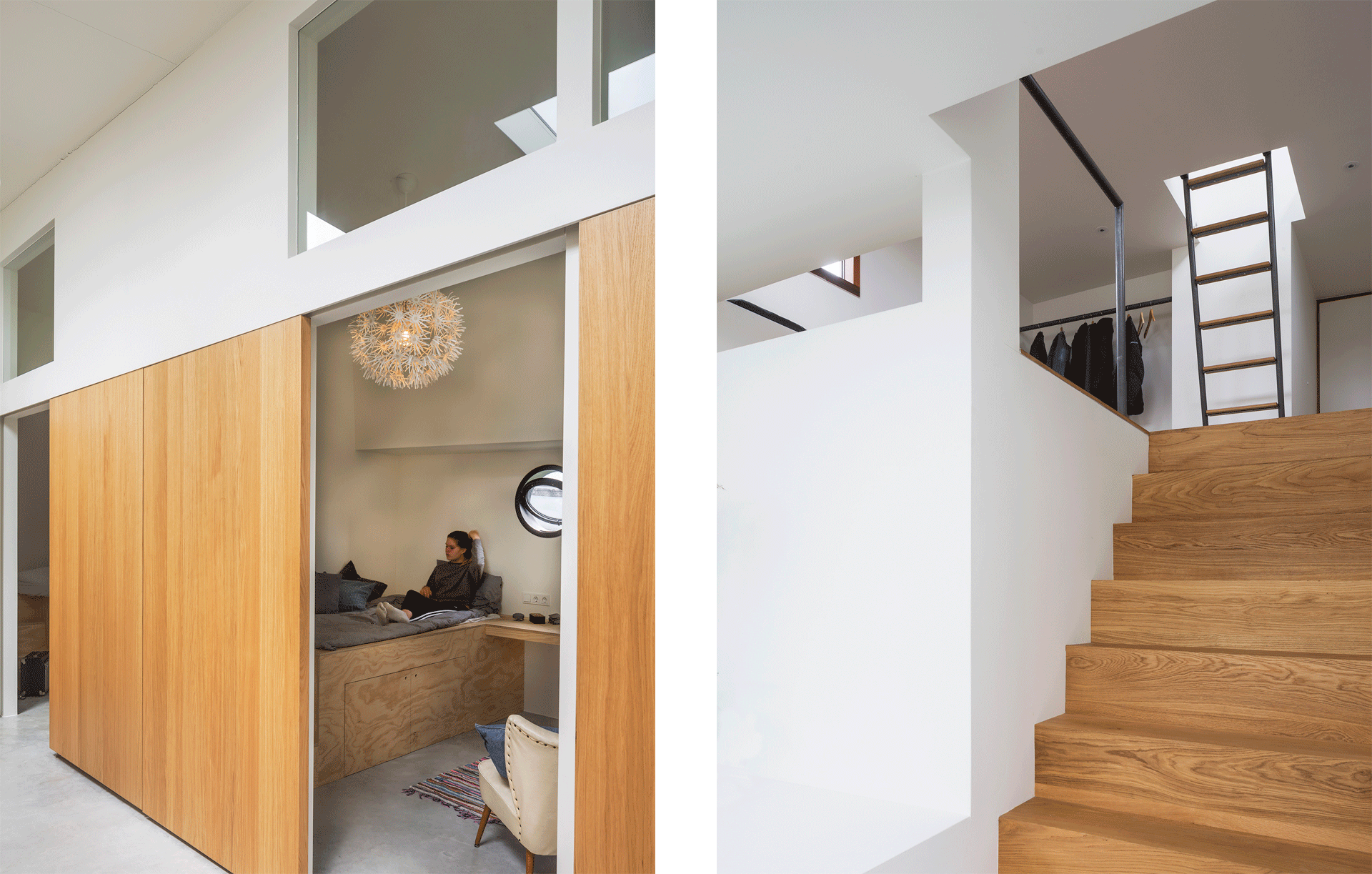 The design process came as a challenge as two separate worlds, architecture and shipbuilding, had to forge their own way. Initially there were hopes for a calculated process focusing on exact measurements, however it changed as the handcrafted nature of the original ship came to light.

‘I liked it when the architects at ANA Architecten went back to hand sketching for this project. It started to be a responsive process, where you add on individual improvements rather than focus on the metrics. It became a cooperative project with the architects and shipbuilders and welders rather than one of production,’ reminisces the owner. 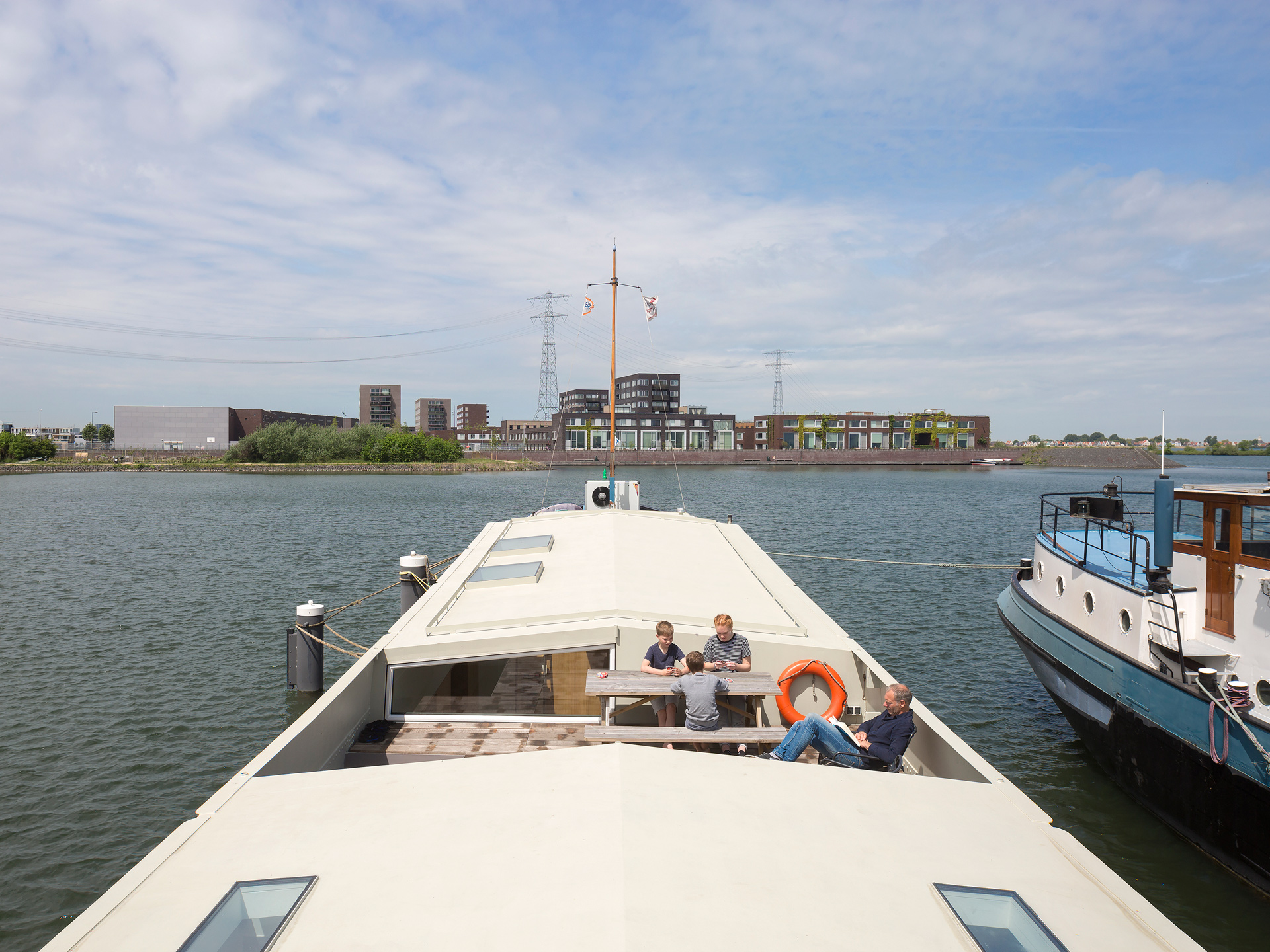 Besides recycling unused materials and giving the ship a second life, the house ship is aimed at exploring its energy independence. Heating is a key challenge in the sustainability ambitions of the project. Everything was newly insulated properly, with all original window frames replaced to have either plastic or mahogany frames and double glazing to limit the thermal bridging and throwing out the nautical dream of brass portholes. An air-water heat pump extracts heat from the air and circulates it through the low-temperature radiant floor heating. 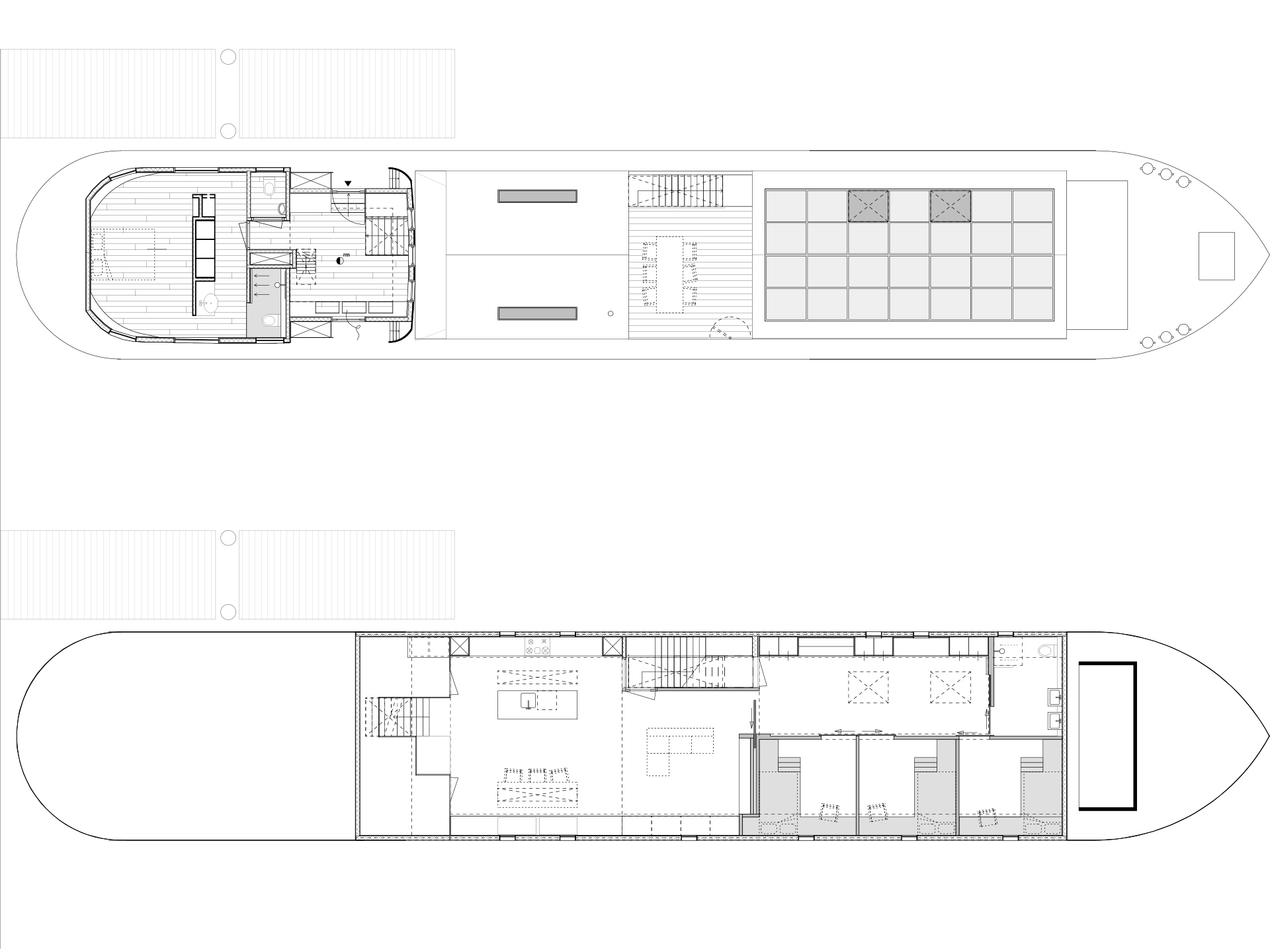