Architects create a modern Danish longhouse for a single-family residence

Five kilometres from the western coast of Denmark’s Jutland, the island Fanø is dotted by longhouses typical of the Scandinavian country since Viking times. Copenhagen-based practice Lenschow & Pihlmann illustrates a modern application of the architectural typology with a 198-sq-m single-family residence on the Wadden Sea isle.

Traditionally characterized by an elongated structure protected by a continuous roof, Fanø’s longhouses are oriented from east to west as protection against the island’s westerly winds. Longhouses are the product of straightforward construction – while materials used to build them are generally inexpensive, their archetypal detailing is robust and clear. Straying not from this atavistic practice, Lenschow & Pihlmann developed a family home with a strong relationship to the local context, from the scale of the entry door handles to the structure itself.

The house’s terracotta-tone exterior is defined by a steep pitched roof clad in profiled clay tiles, large format oak-glazed surfaces, a deep overhang and thresholds of varying scale. The roof’s single symmetrical pitch effectively unifies the interior – a deep-edge and cross-bracing beam defines the perimeter of each room. 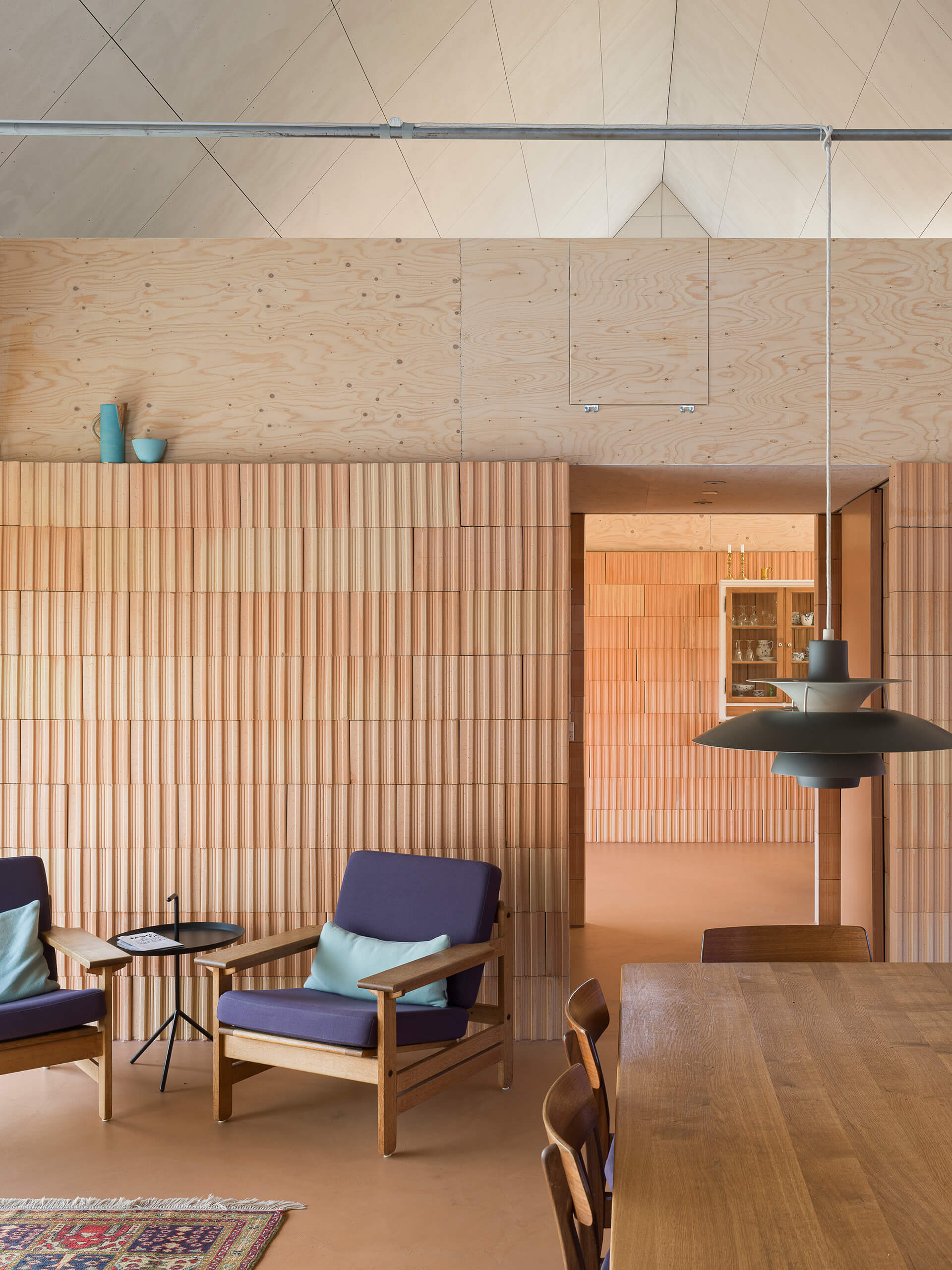 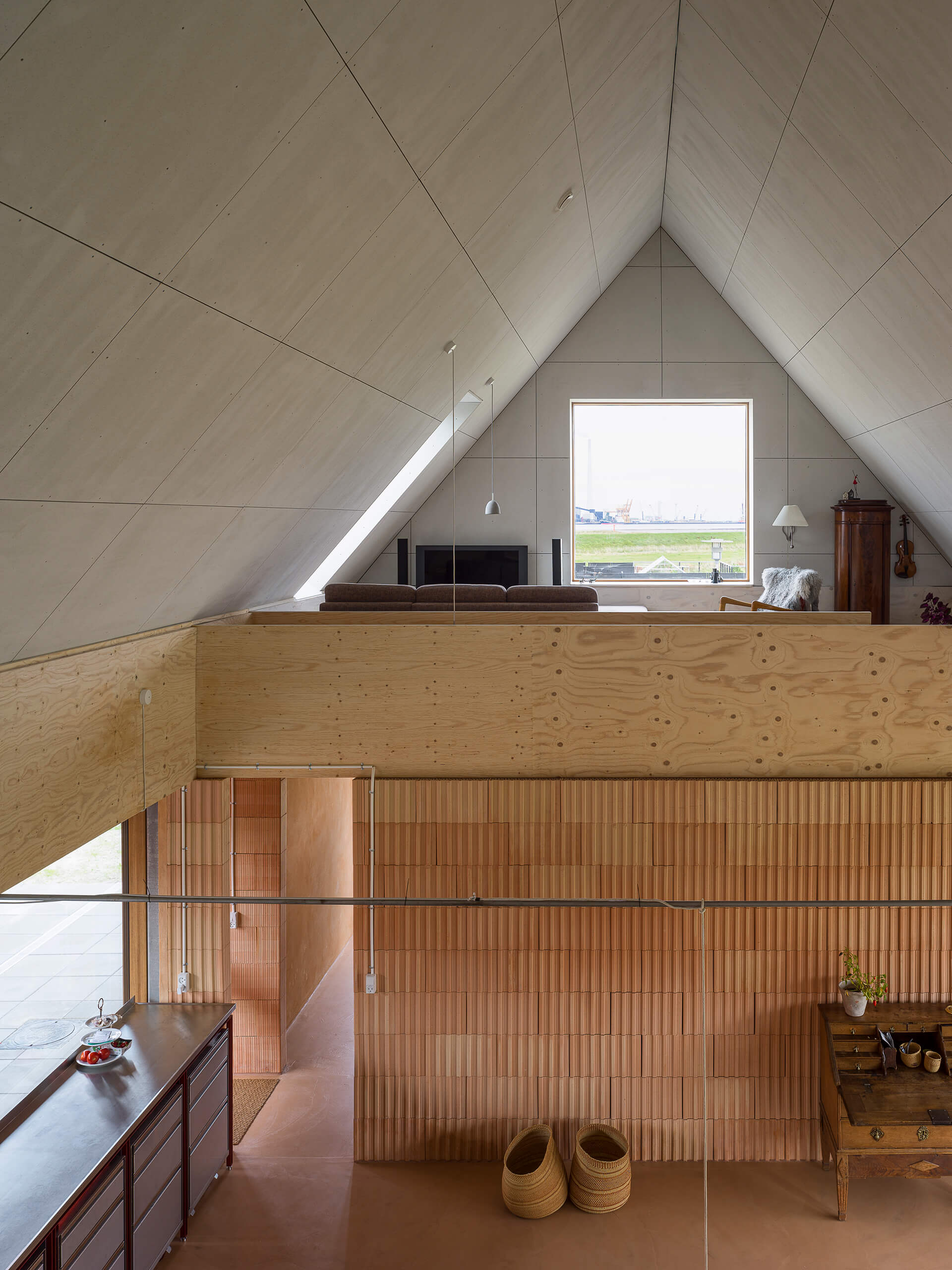 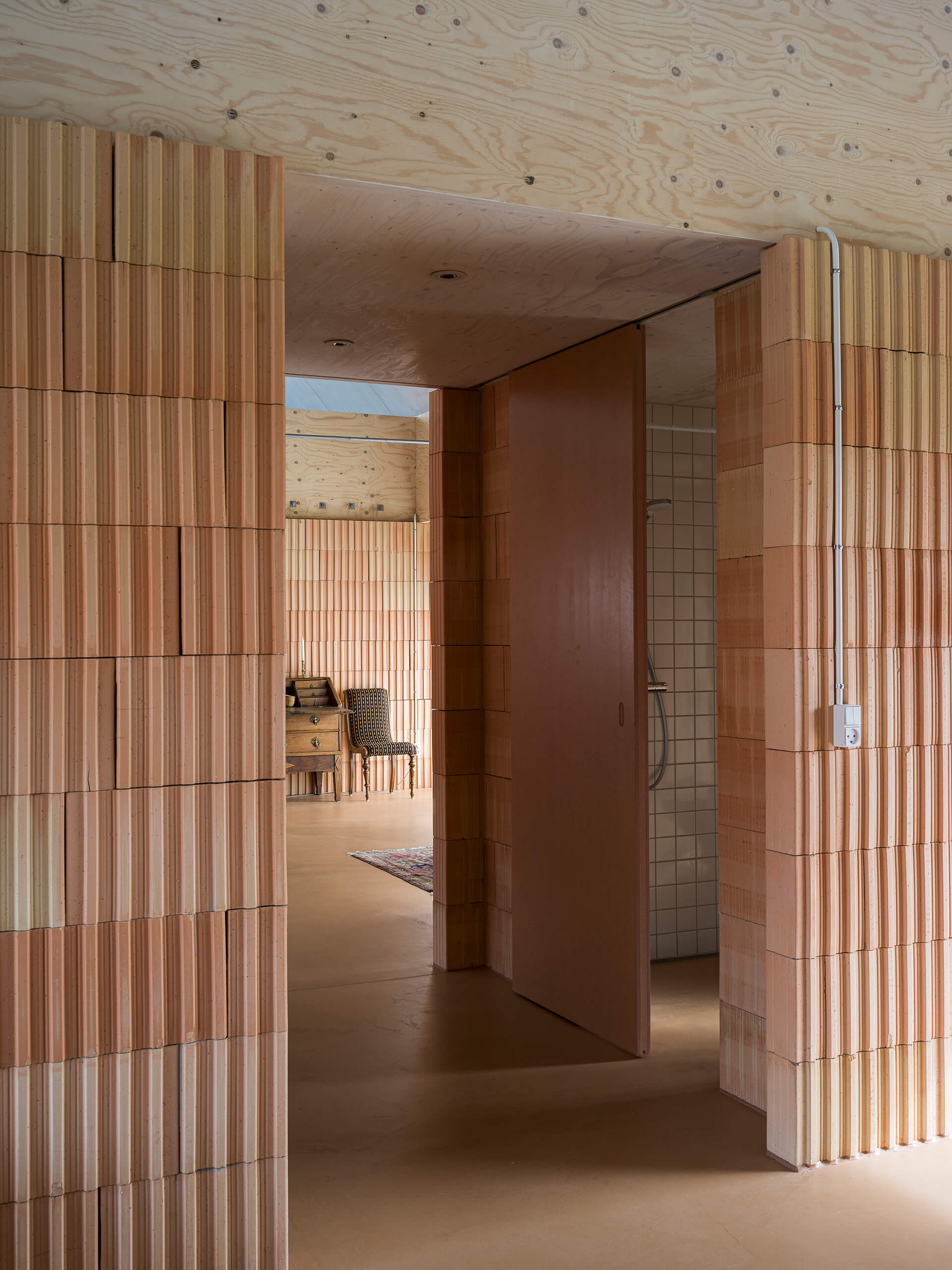 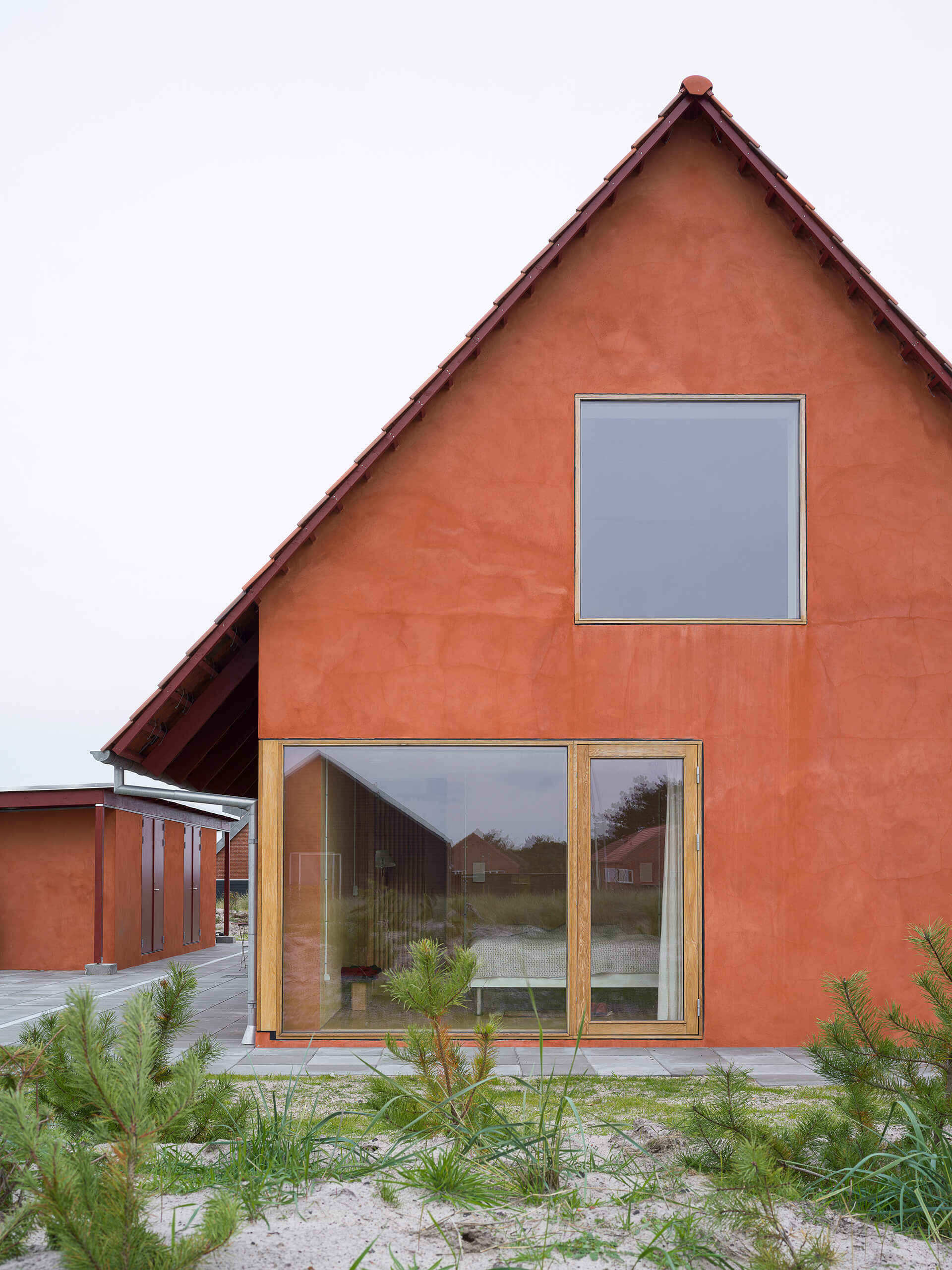 Inside, the spatial layout is separated by three volumes in which the bathrooms, bedrooms and utility rooms can be found; partitions that establish these volumes additionally stabilize the construction and enable movement to an upper mezzanine level. One of two living rooms can be used as a conservatory, also serving to divide the house into two private parts when the family entertains guests. For the interior spaces Lenschow & Pihlmann worked from a palette of laminate veneer lumber, coarse render, insulating clay bocks, coloured MDF, fibre gypsum board, powder-coated steel, soaped spruce plywood and sand-coloured cement.

The longhouse may take its form from ancient architecture, but Lenschow & Pihlmann’s contemporary rendering answers to the needs of present-day living. ‘The plan is flexible,’ explains a spokesperson for the practice, ‘allowing different types of accommodation and use according to the season and everyday patterns of life.’