Dutch artist Germaine Kruip began her career in the theatre after studying scenography. Later, a residency at the Rijksakademie in Amsterdam kick-started her work as a visual artist. Her pieces – from mechanized sculptures to collaborations with Raf Simons for Jil Sander stores – invite audience involvement through their unresolved ambiguity, an effect often achieved with shadows. Kruip lives and works in Amsterdam and Brussels.

How did you start working with shadows?

GERMAINE KRUIP: Counter Shadow was the first piece I made that explored the subject. In the work, a sculpture casts a shadow that is fixed like a stage prop, in contrast with a moving light. Like Counter Composition, a kinetic piece I made afterwards, the object is deconstructed into light and shadow. The shadow presents itself like the ghost of a work. It’s like a meditation on appearing and disappearing, or a search for a moment between the two. A shadow is a void, and that’s not entertaining or pleasing; for some, including me, it’s vaguely threatening. Shadows always represent something else; they trigger the imagination.

A shadow is a void, and that’s not entertaining or pleasing 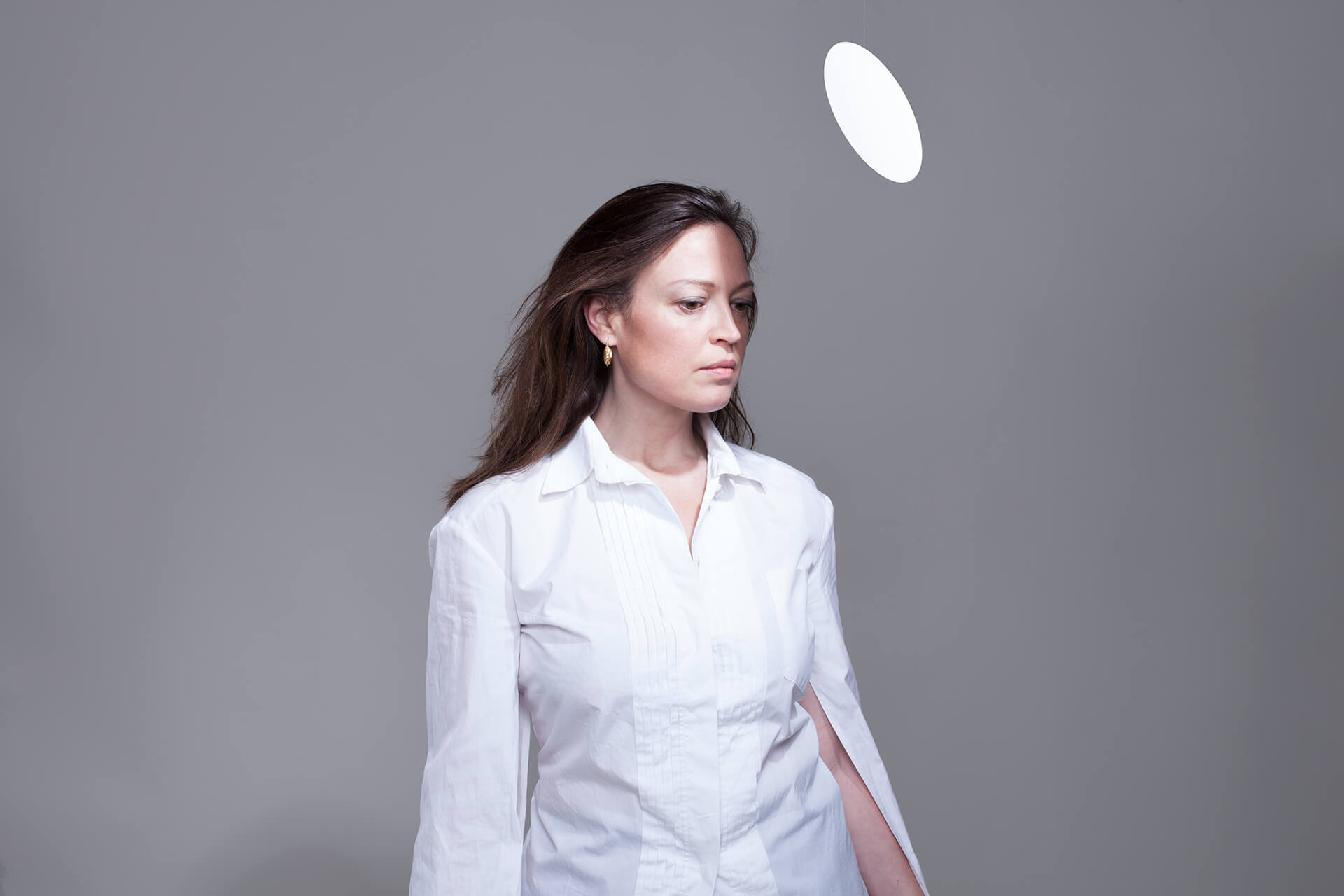 After many years working as a visual artist, Germaine Kruip is revisiting her theatrical roots by creating stage sets.

Why did you make the switch from theatre to art?

The question was: Why do I have to imitate life in the theatre, when life is already so theatrical? Instead of adding things, like you do as a scenographer, I wanted to subtract – to arrive at another view. My art is a kind of reverse process. At Art Basel, for instance, I made a reverse spotlight using a gobo [a lighting stencil]. I made a point of shadow, not light, on the floor – like an absent person. It’s about creating an emptiness that the audience can fill with expectation.

In your current exhibition at the Oude Kerk in Amsterdam [from 2016, current at the time of publication], one work involves removing all the lights.

Oude Kerk Untitled involves a kind of negative art direction. Taking all the lights away from the church allows the shadows to return, and they are constantly changing. When I begin any installation, I always start by removing everything, including the light sources.

My art is a kind of reverse process

Is there an element of confrontation in your work?

Sometimes. For Frieze Art Fair I did a piece called The Wavering Skies in which a dark cloud moves over the entrance hall. Art fairs are constantly bright, like a casino. I wanted to add a different, slightly alarming, reality.

Your work calls for active observation.

That’s why the titles don’t have a message – I am not telling people what to see. In Simultaneous Contrast, it’s about a mental shadow, a kind of optical illusion. Two half circles move very fast, and you start to see a dark shadow spot. It’s done with very detailed programming – very technical – but the whole point is to highlight the process that occurs in the gap between the eye and the brain. 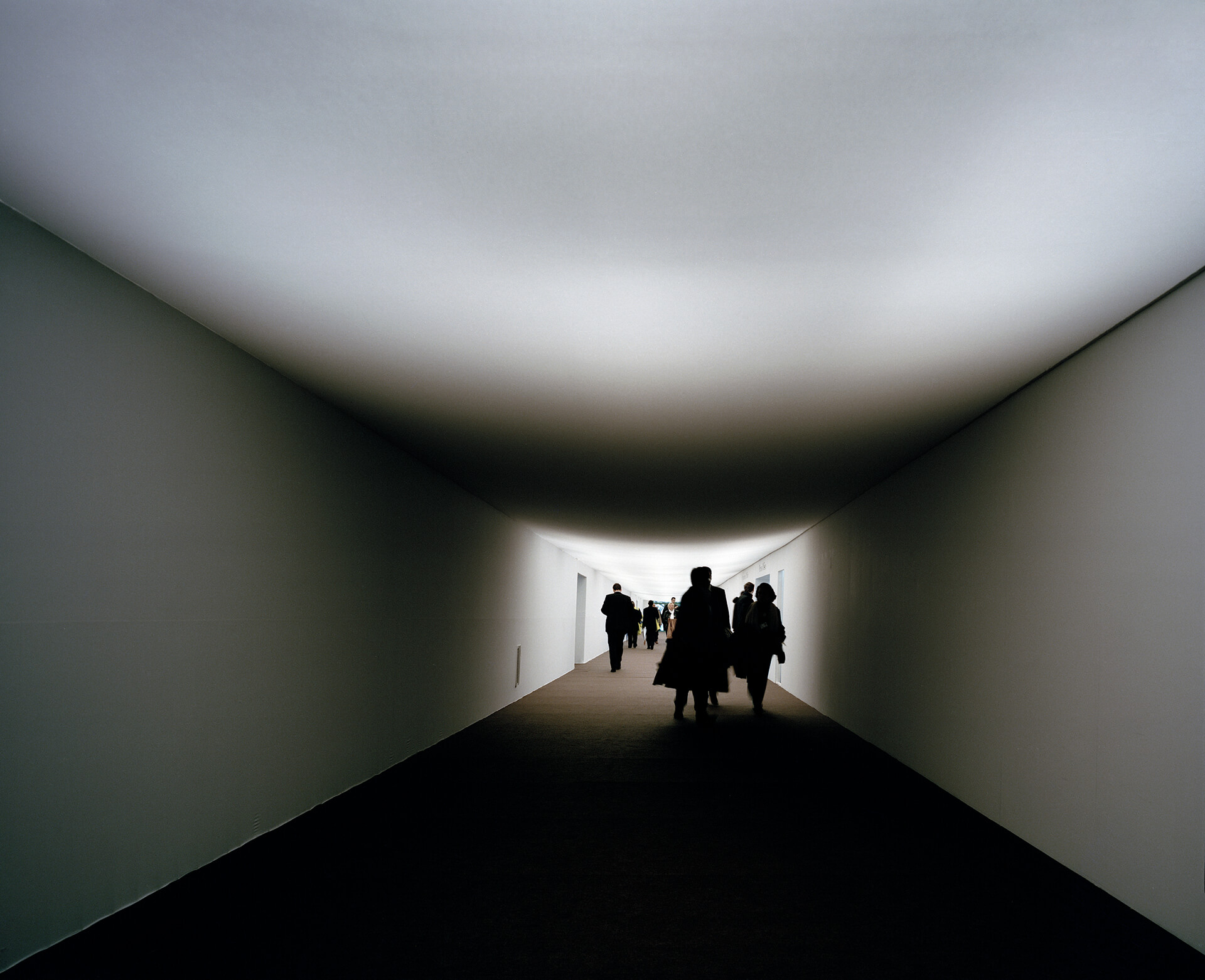 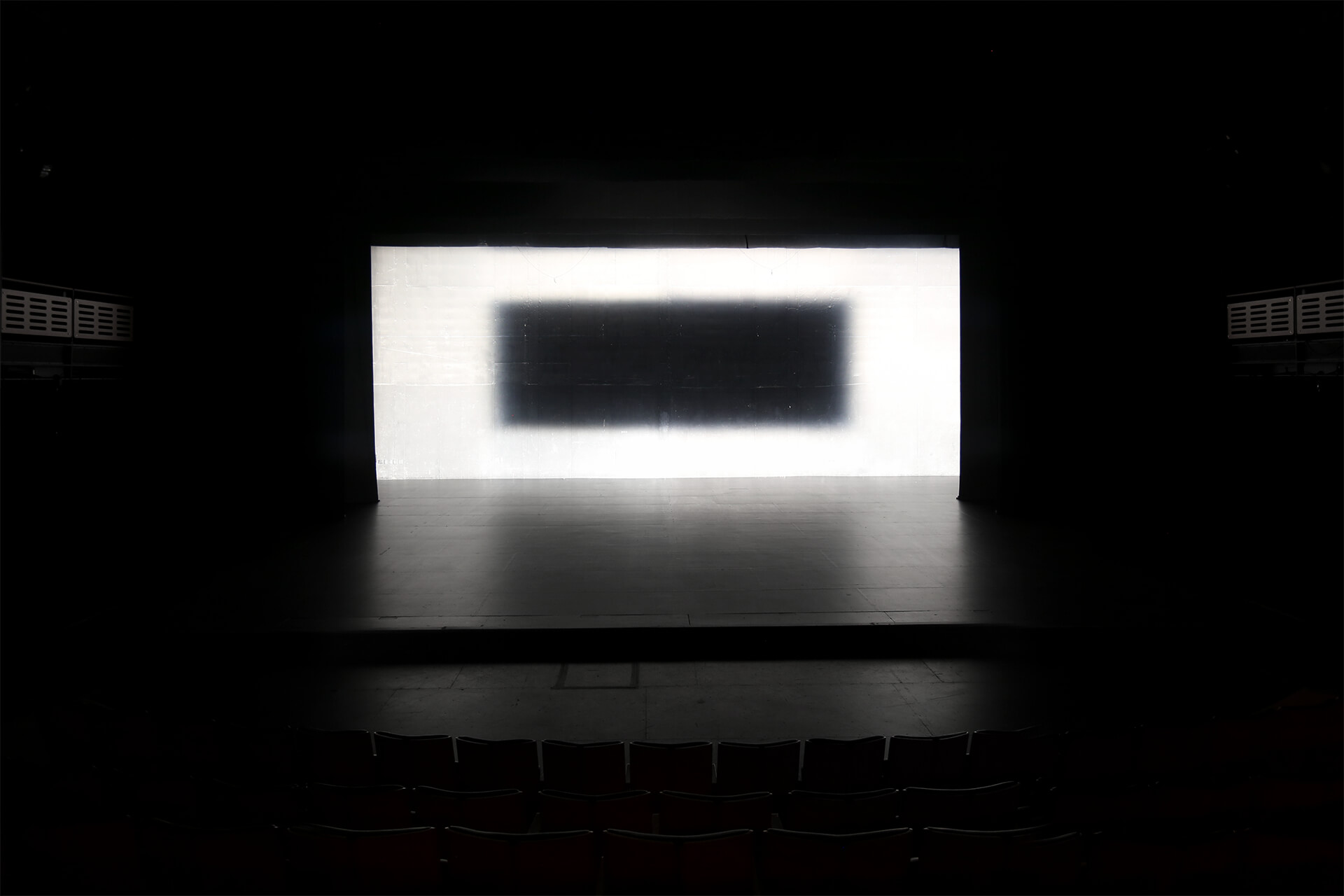 Top: The Wavering Skies saw an ominous shifting cloud loom over the entrance passage of London’s Frieze Art Fair in 2005. Photos: Gert Jan Kocken | Bottom: In 2014 A Possibility of an Abstraction appeared at the Experimental Media and Performing Arts Center in Troy, New York. During the performance, which will be part of Kunstenfestivaldesarts in Brussels this May, a large shadow emerges from an empty stage. Photo: Kris Qua

How do people react to your pieces?

They get involved. They sometimes ask: Why is this art? I don’t consider that a negative remark at all. Art is about questioning things, not providing answers. Anyone is qualified to look at art. I don’t make a distinction between art critics and tourists. I believe in the public.

I create an emptiness that the audience can fill with expectation

Theatre seems to be returning to your work.

After 15 years as a visual artist, I do have one foot back in the theatre. In May [2016, upcoming at the time of publication] I’m showing A Possibility of an Abstraction at Kunstenfestivaldesarts in Brussels. People sit around an empty stage as a big black shadow – a void – appears. They then see a diamond floating and changing shape. They have to actively look; in fact, they end up on the edge of their seats. I worked with a theatrical team and we had rehearsals, but there are no actors. It’s about the collective gaze – the audience creates the work by looking.