To give our audience eyes and ears into the live judging sessions that took place at Frame Awards 2020, we're sharing coverage of the insightful jury conversations that decided the winning projects. Below, we celebrate the recipient of the award for Small Apartment of the Year: Marylebone Apartment by Proctor & Shaw. Find the full collection of reports in our newly released May/June 2020 issue, Frame 134.

With an array of varied candidates to review, the jury members found it compelling to question the selection criteria for the winning project. After lengthy debate, they arrived at the age-old saying, ‘form follows function’ – and at Marylebone Apartment in London as the victor. Rapid urbanization and population growth are making it generally harder to inhabit large urban spaces nowadays. Proctor & Shaw’s residence offered hope for the creation of something beautiful from much, much less.

Within the property’s modest 75-m² footprint, the London-based architects elegantly partitioned two bedrooms from the living spaces with a floor-to-ceiling profiled wall that also incorporates storage, integrated appliances and services. From this detailed Douglas fir joinery through to the incorporation of dark concrete in the shower room, the project maintains high visual standards throughout. 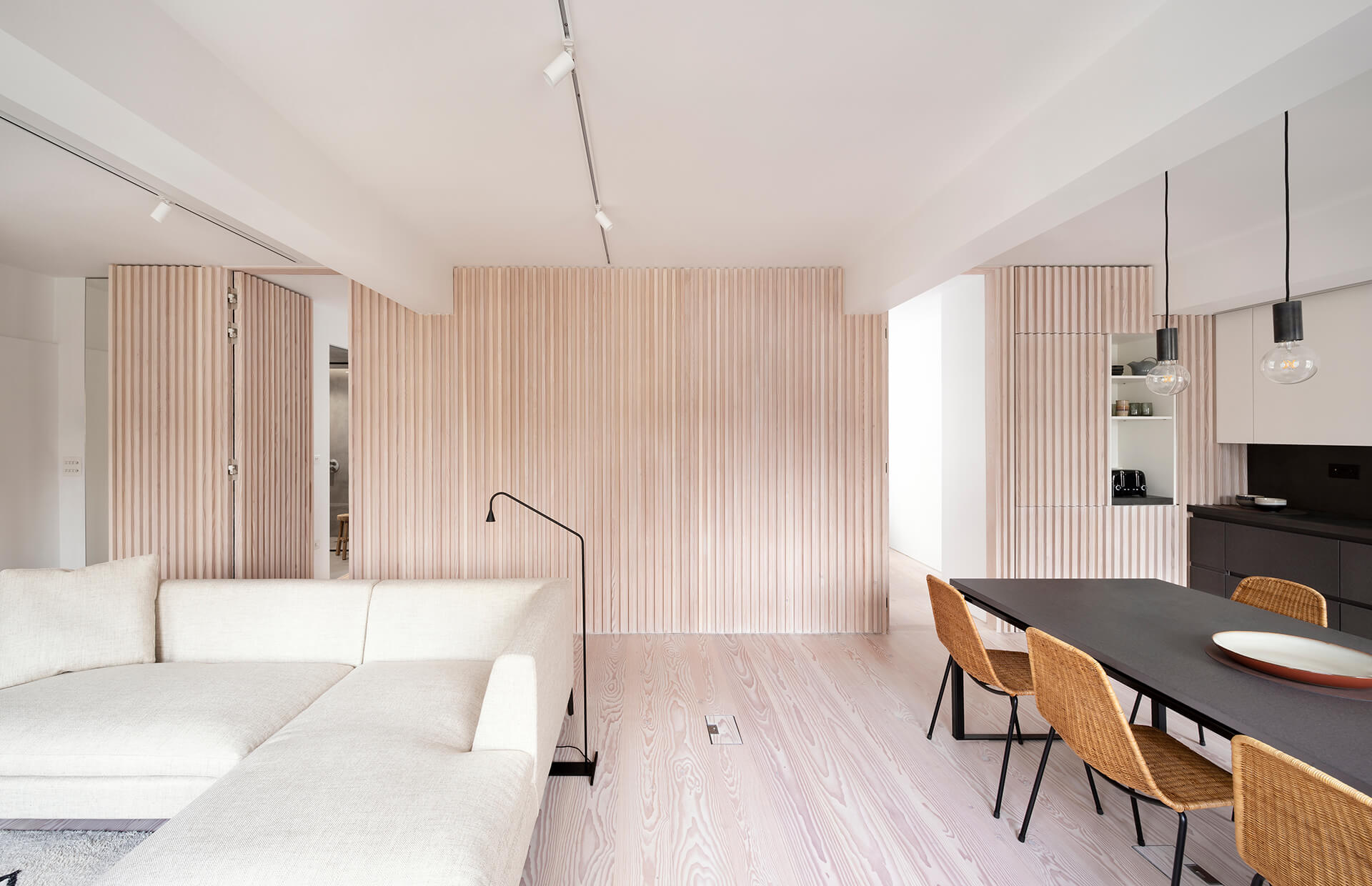 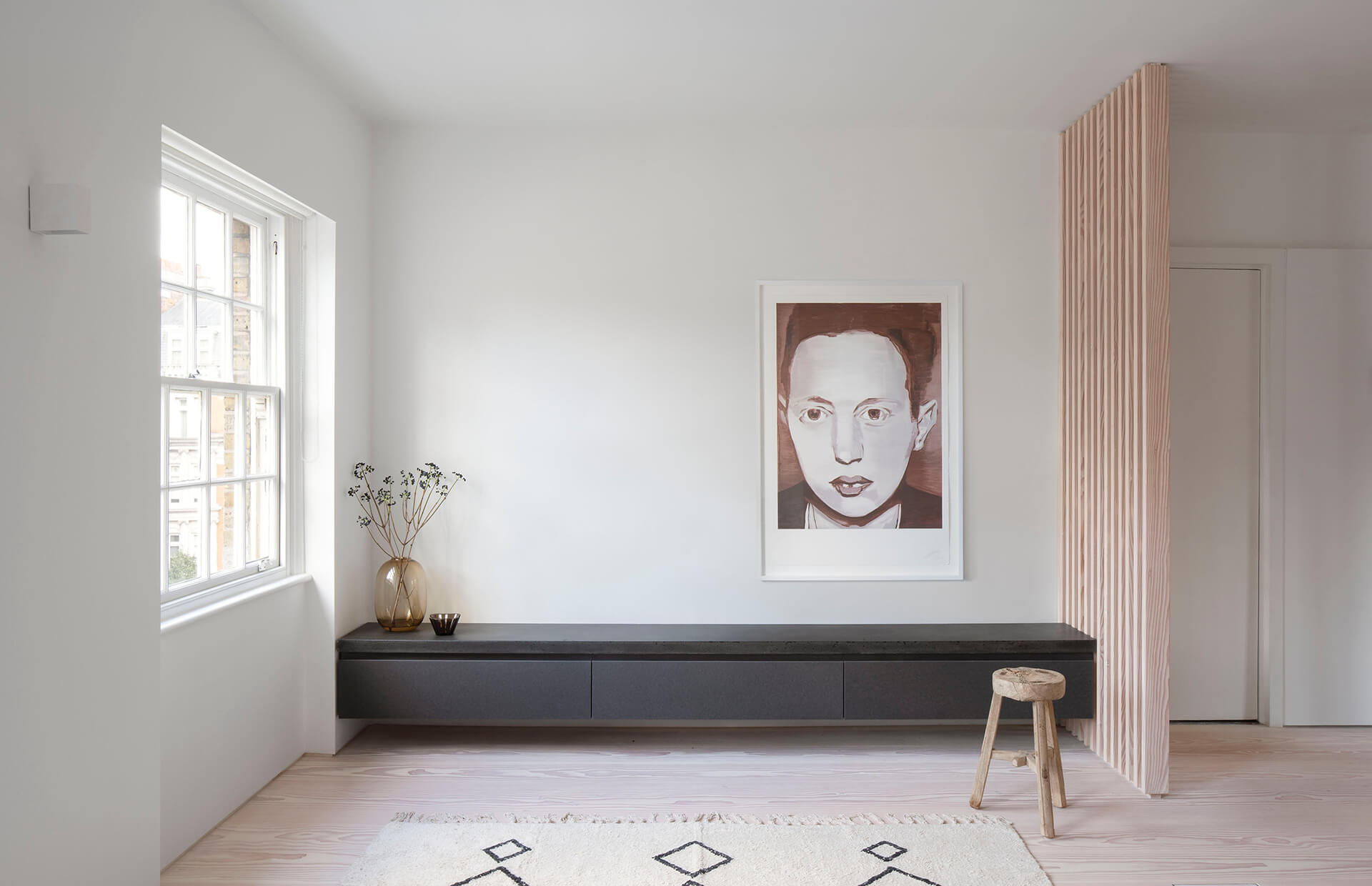 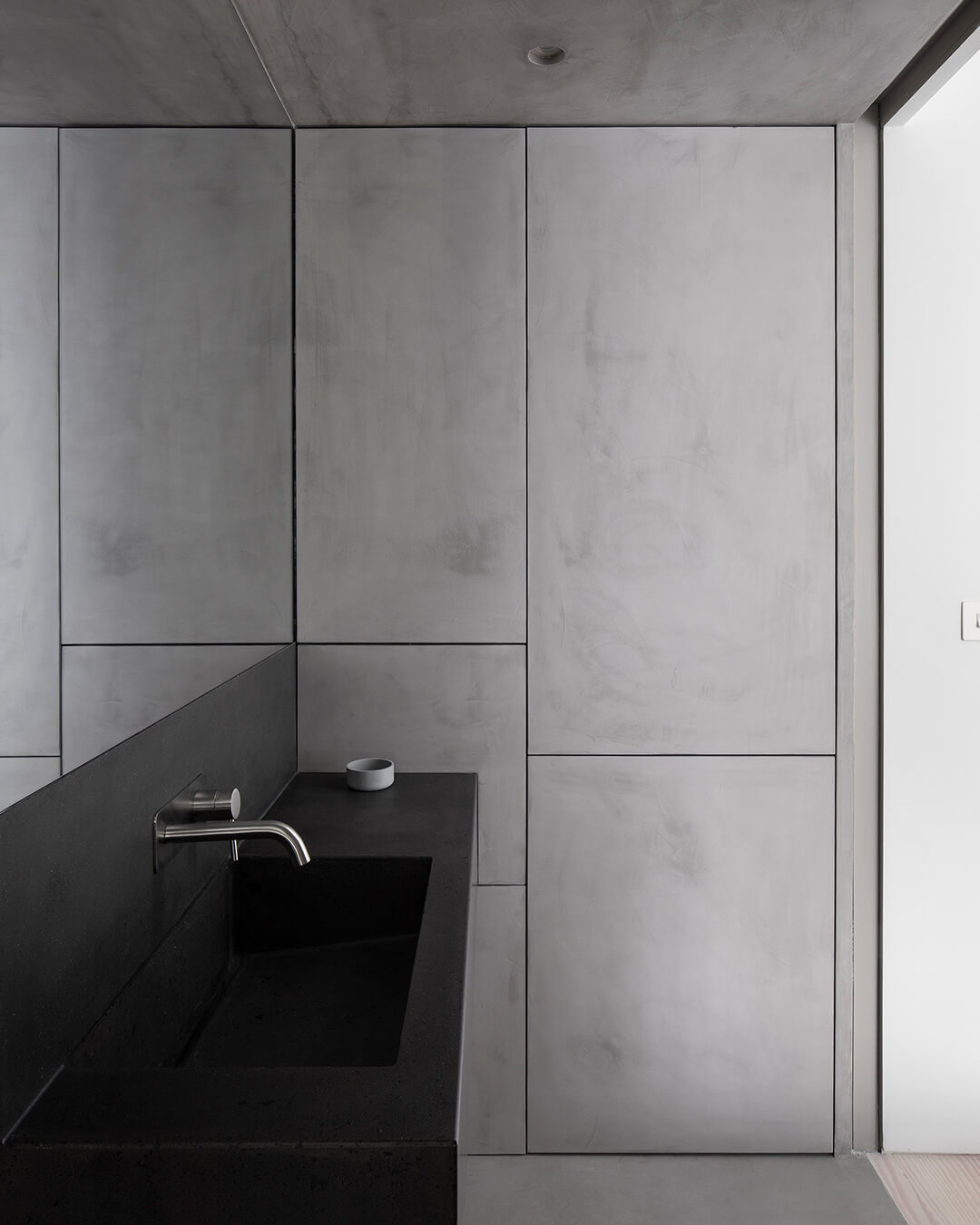 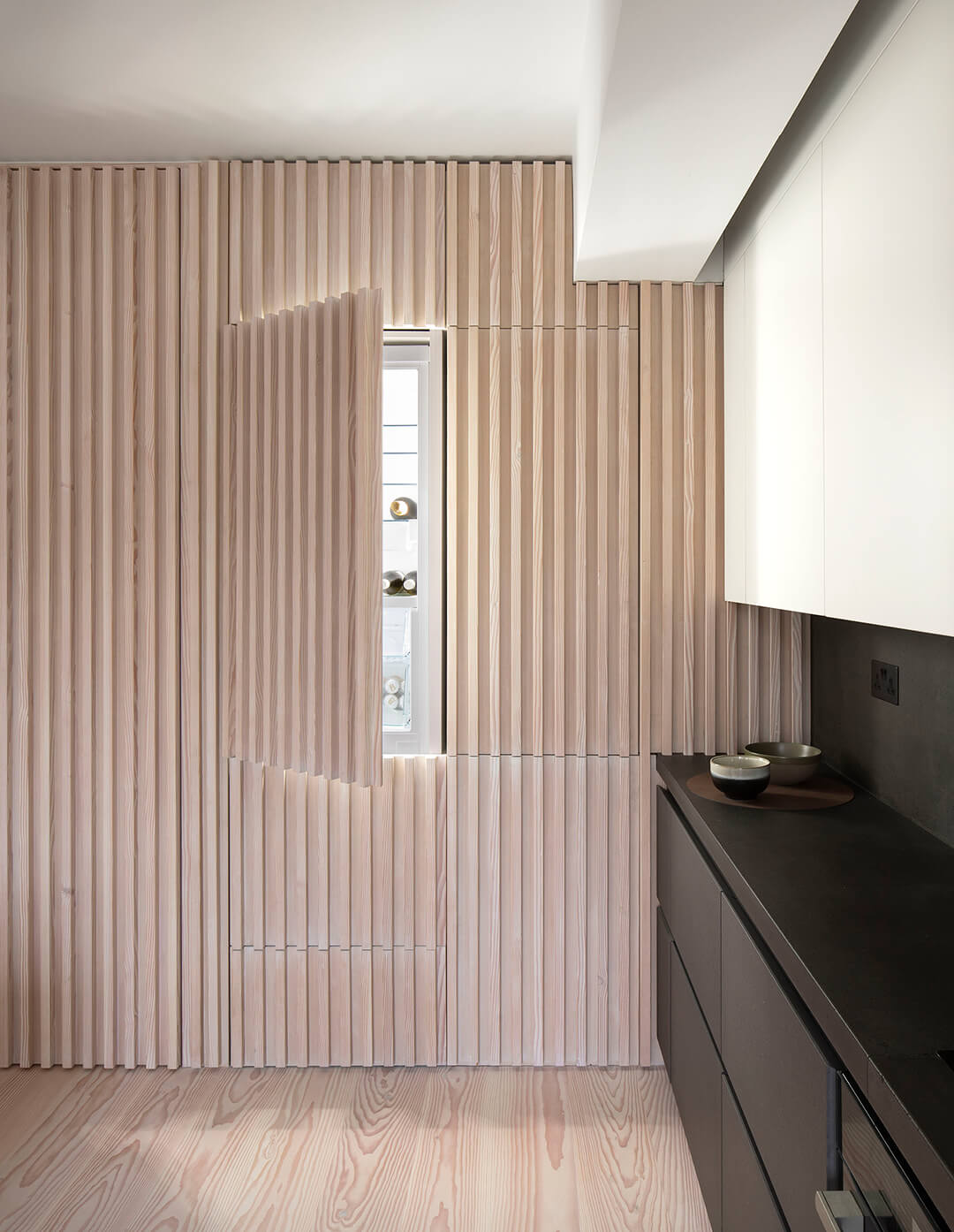 The discussions among jury members kept returning to how to reconcile the desire to lean into aesthetic statements and the reality of the socioeconomic challenges facing the world today. Kelsea Crawford of Cutwork commended Marylebone Apartment on being ‘much more in conversation with the world than just a simply beautiful interior’, while her cofounder Antonin Yuji Maeno said it ‘responds to the realities of today’s living conditions’. It was a point further elaborated upon by Ivy Ross, VP of hardware design at Google: ‘It’s a smart use of space when space is getting smaller.’