At a Tokyo store, these curved display units make the handbags really pop up

You have a spot in a famous Tokyo department store to promote $3,000 leather bags and only five days to steal the show. For young Japanese architects Shingo Masuda and Katsuhisa Otsubo, a challenging brief from Valextra was an opportunity to depart from the traditionally enclosed spaces of retail’s shop-in-shop concept.

Rather than making a conventional pop-up boutique – in a well-defined area where labels are often strictly separated from one another – they wanted a place that would ‘feel and convey the real intentions of the brand’. 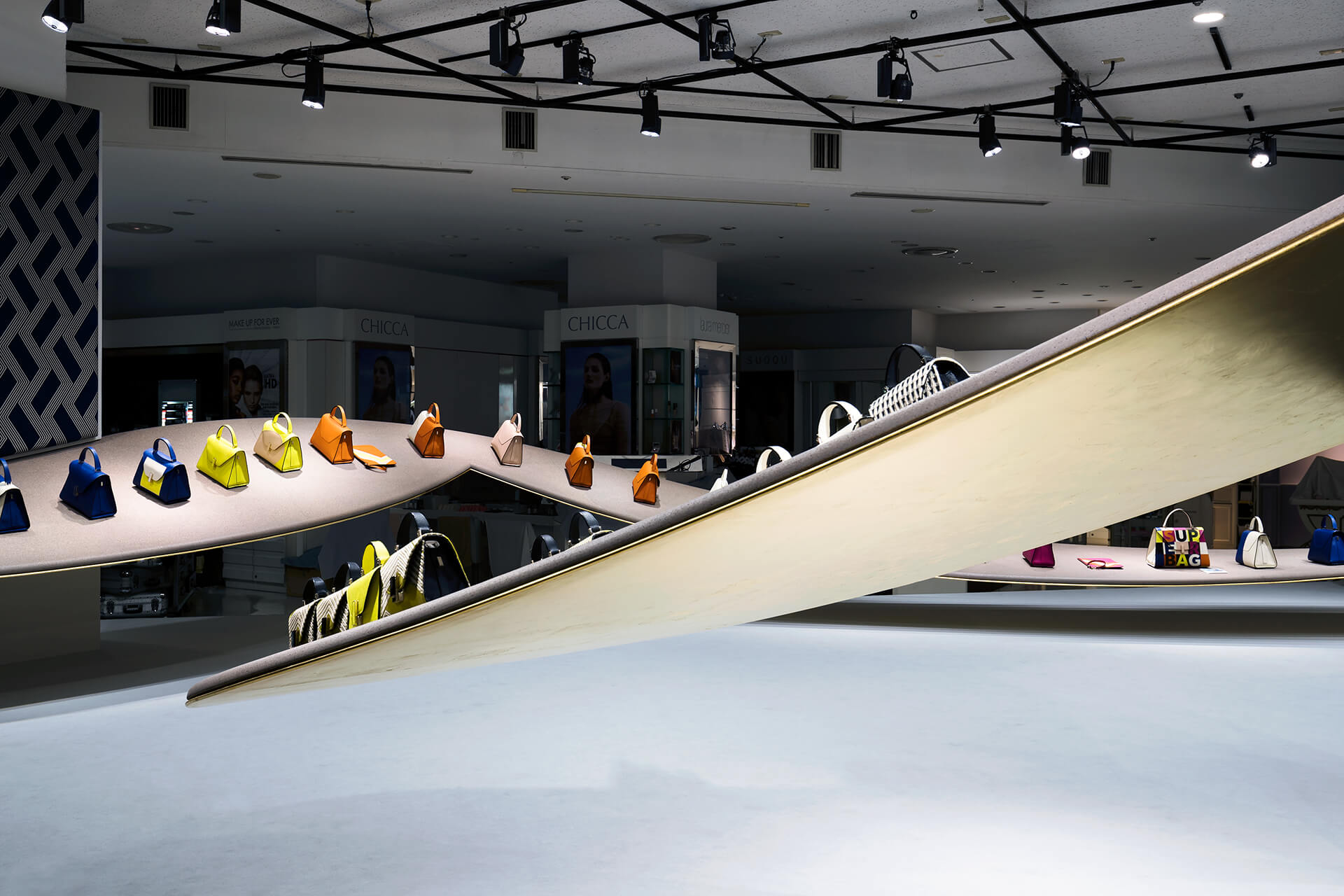 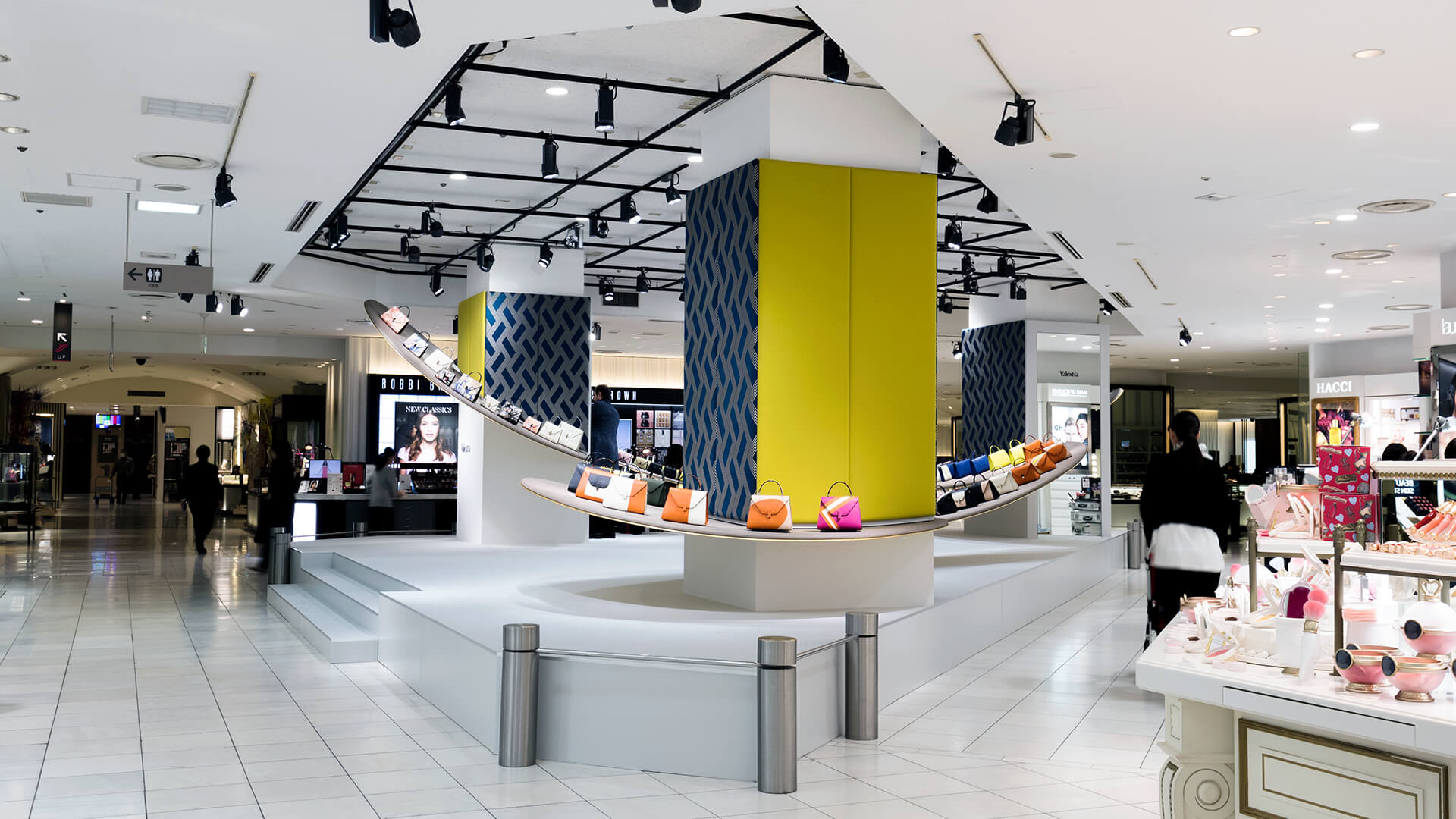 Masuda spoke of Valextra as a luxury brand that’s proud of its 80-year-long legacy of craftsmanship and simple designs, a back story unlike that of competitive companies whose products relentlessly scream for attention.

Instead of merely considering how to exhibit the exclusive bags at Isetan in Shinjuku, Masuda and Otsubo ‘needed to give the bags a strong presence and to instigate a sense of fascination around them.’ Inspired by the curves of Matisse’s Blue Nude II (1952), the architects drew an endless number of sweeping lines until they were satisfied with the results. 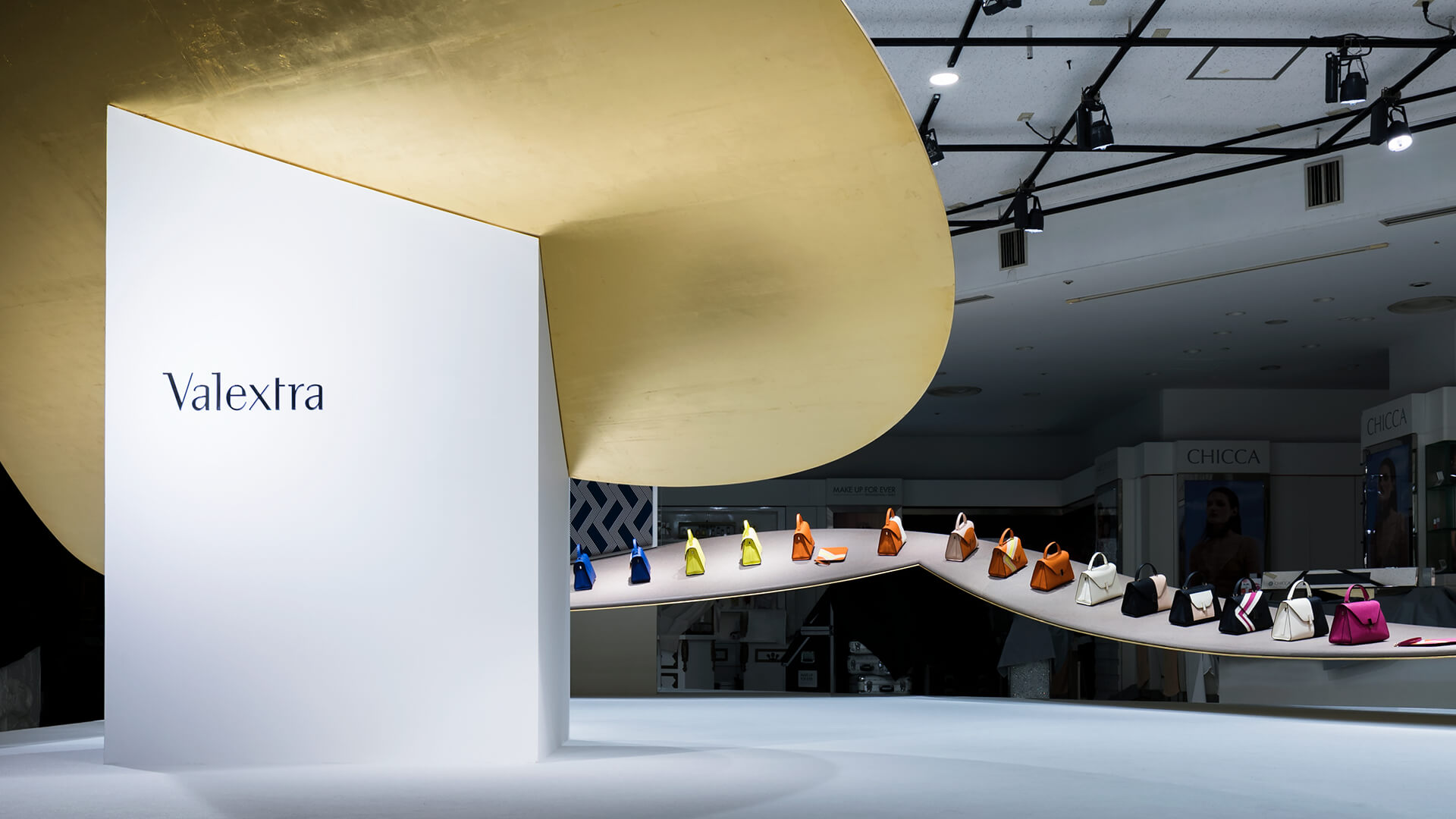 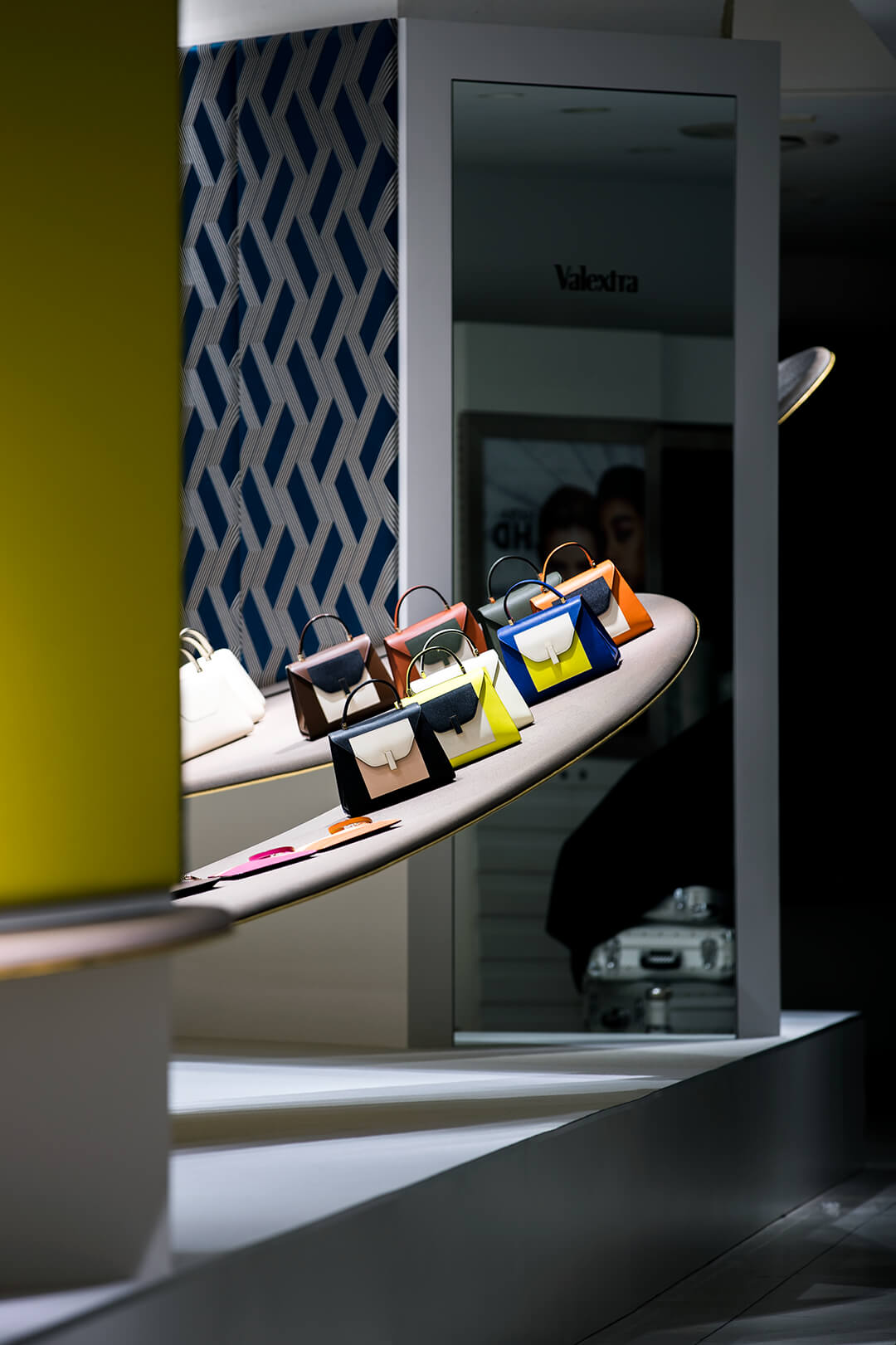 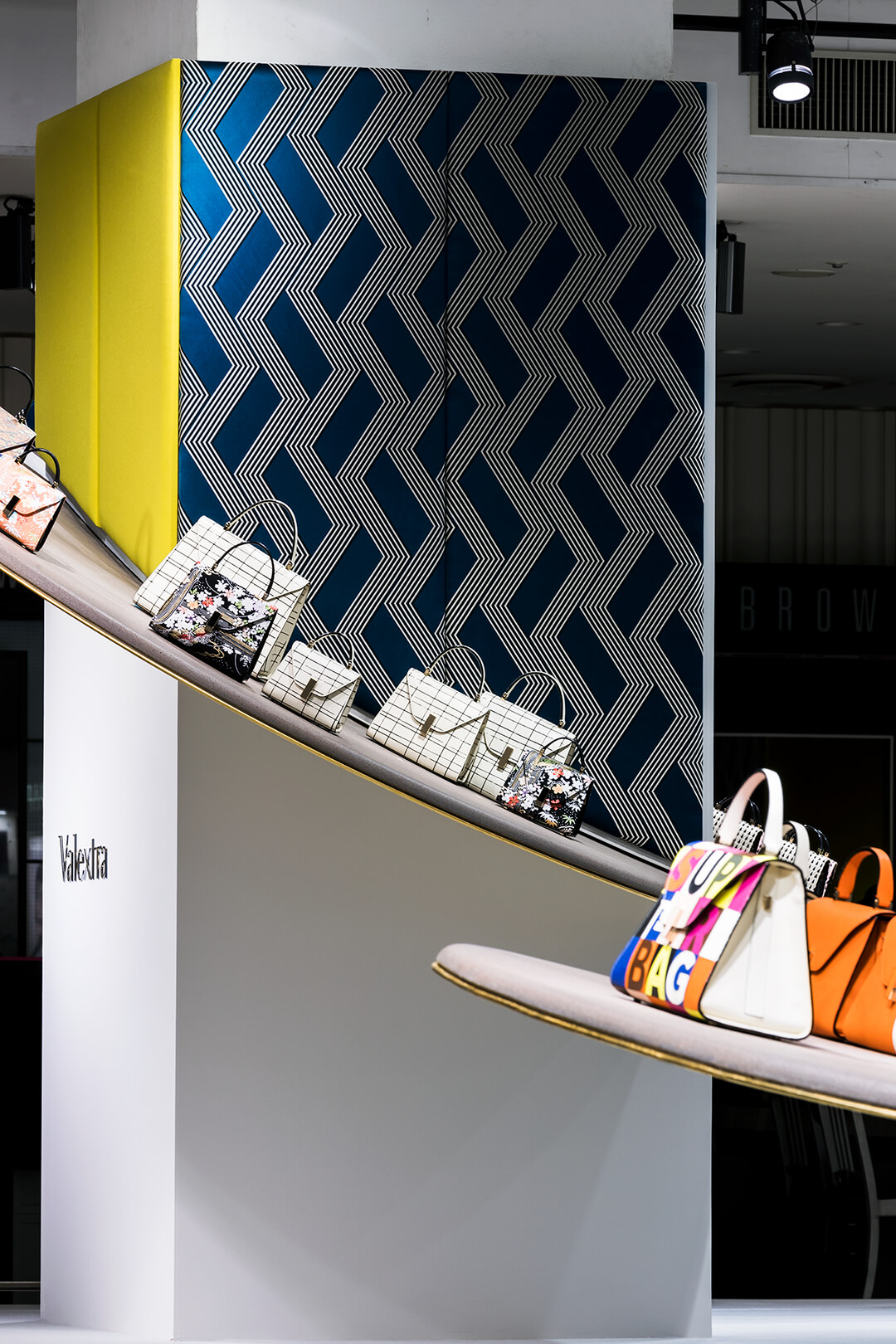 They translated the sinuous strokes into steel frames covered in plywood. A cork finish on the upper surface kept the bags firmly in place, while a thin layer of real gold – ‘the most logical solution for presenting ultra-luxury bags’ – was chosen for the underside.

Display units soared around existing columns, creating an image like ‘bags dancing on stage’ while allowing products to be viewed from every angle.

This piece was originally featured on Frame 118. You can purchase a copy here.