Fashion bloggers have been debating since 2016 whether baby blue and burgundy are a match. Finally, there’s a definitive, positive answer: just refer them to this new workspace project from Studio11. 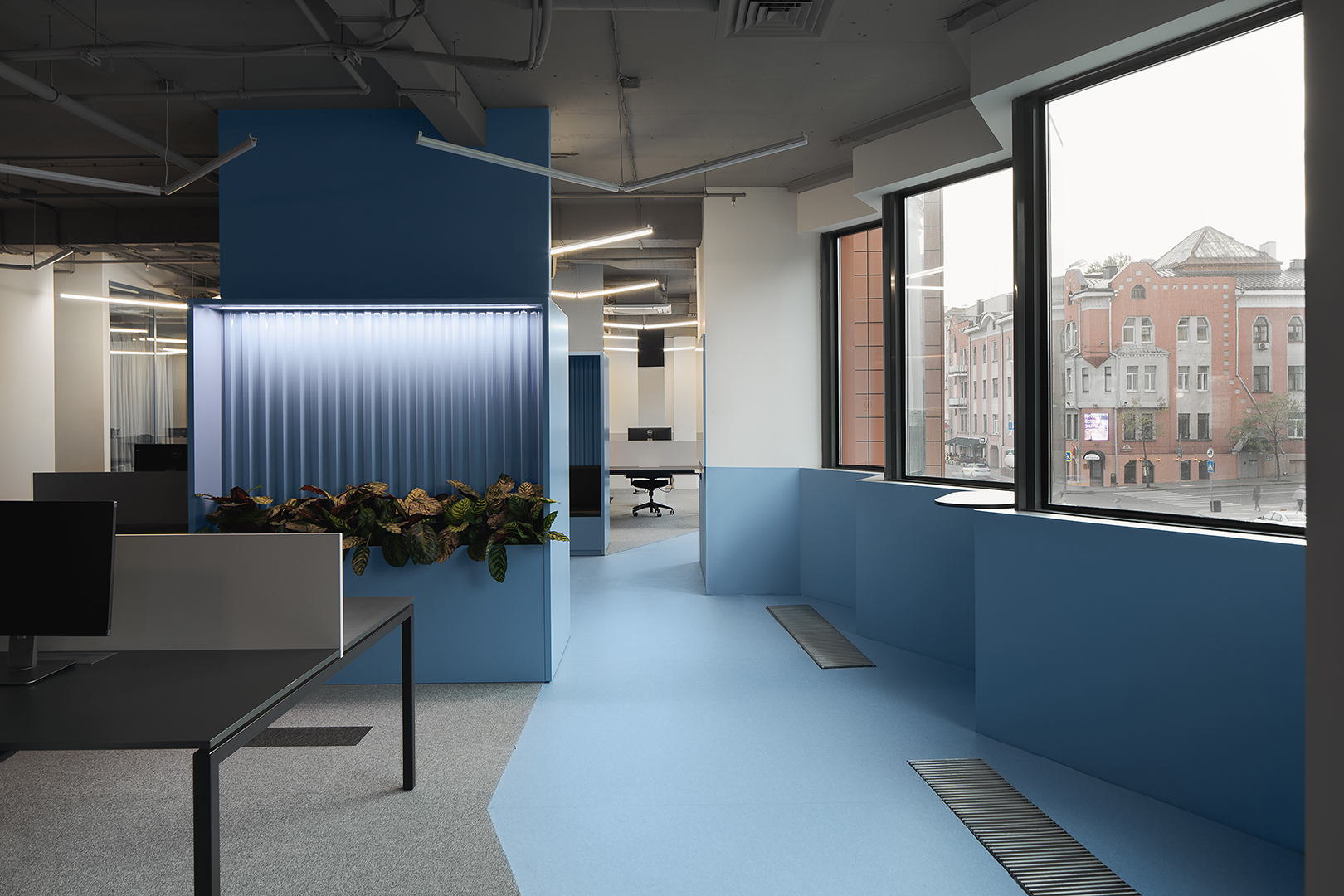 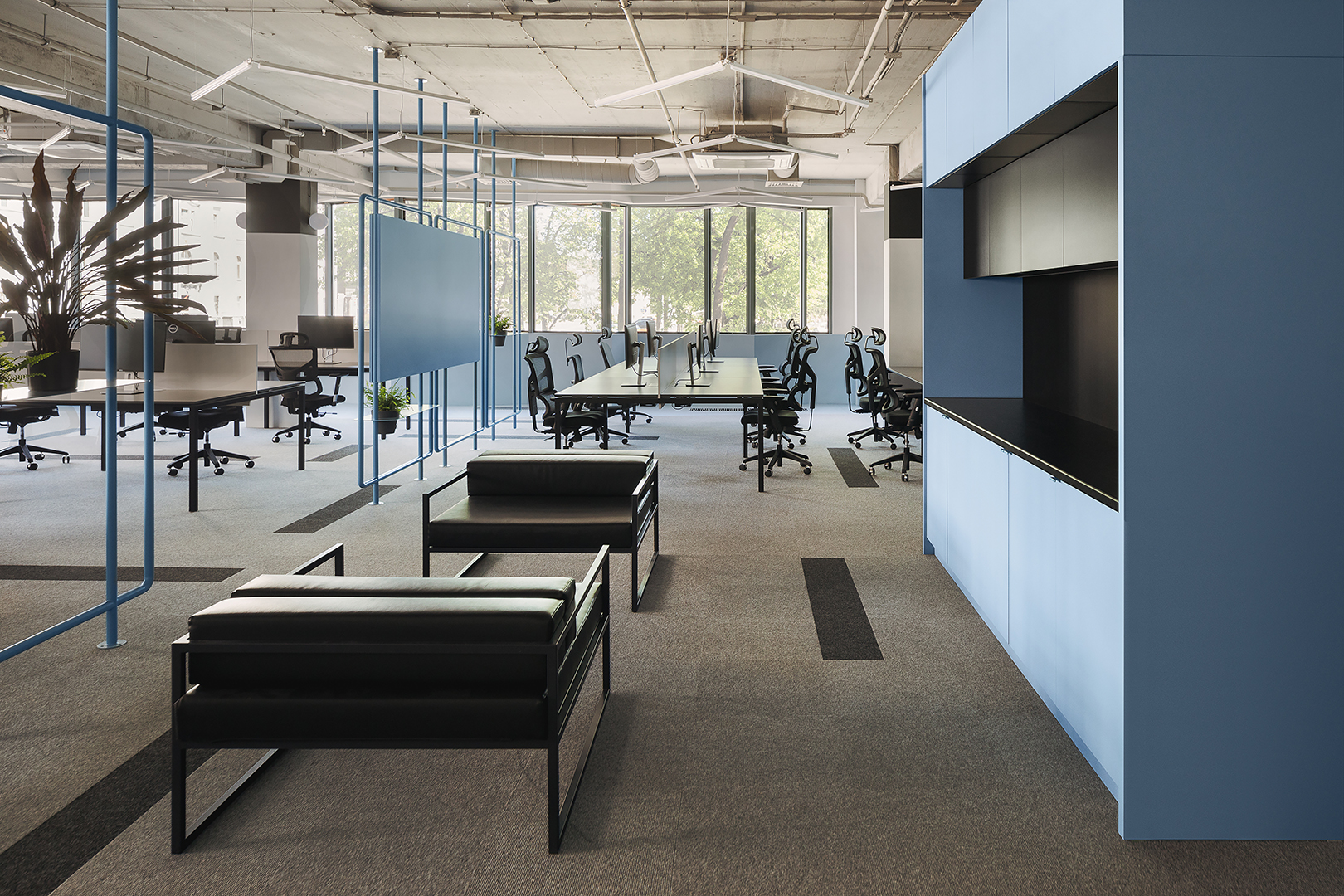 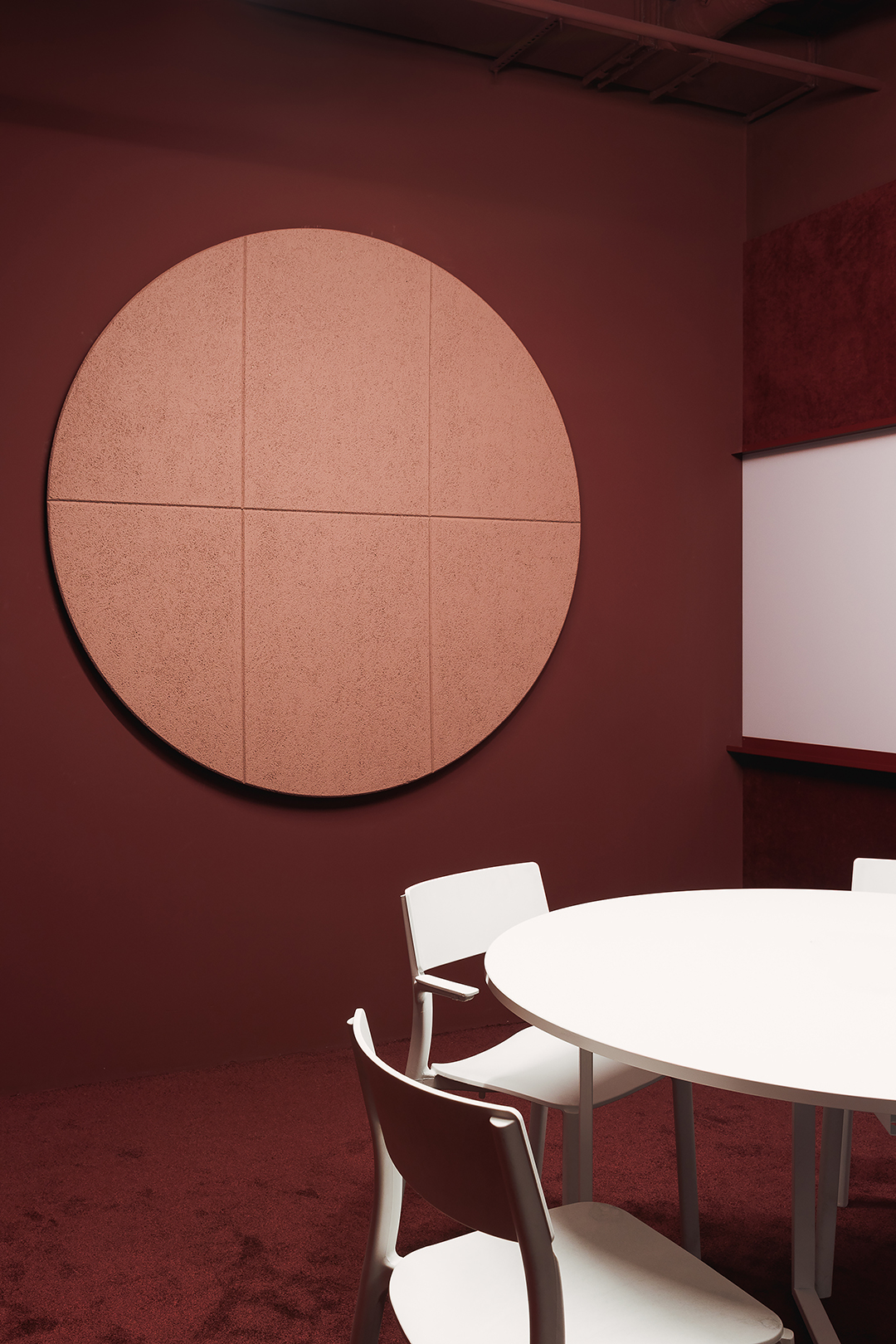 The recently opened offices for PandaDoc, a document automation software, host 130 employees in 1200 sq-m. The design team proposed dividing them into four sectors, each distinguished by a volume interplay with the two main shades. ‘We were definitely influenced by postmodern design, particularly in the game-like way the colour volumes are arranged and the variety of usage scenarios they create,’ explained architect Maksim Vavinski. 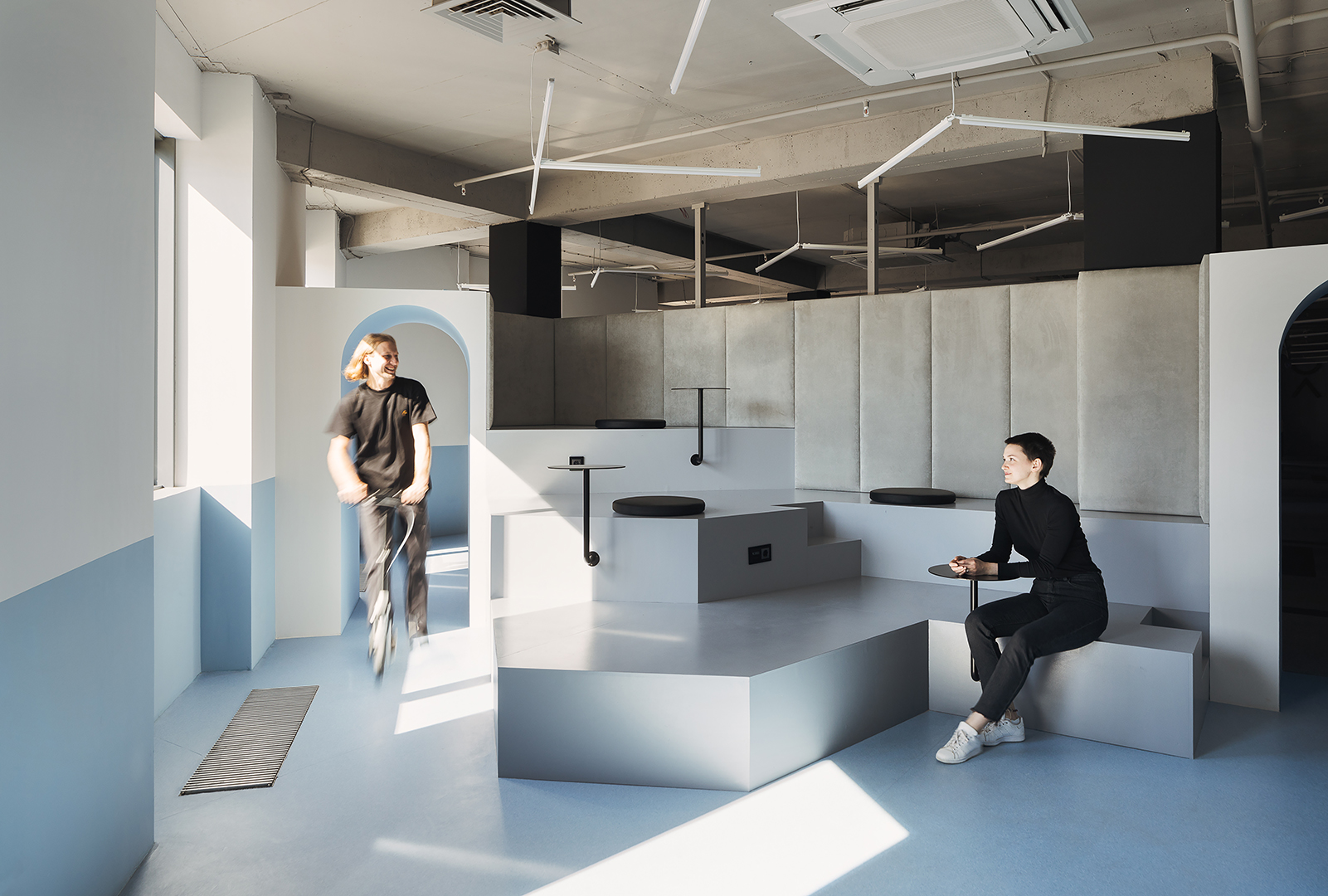 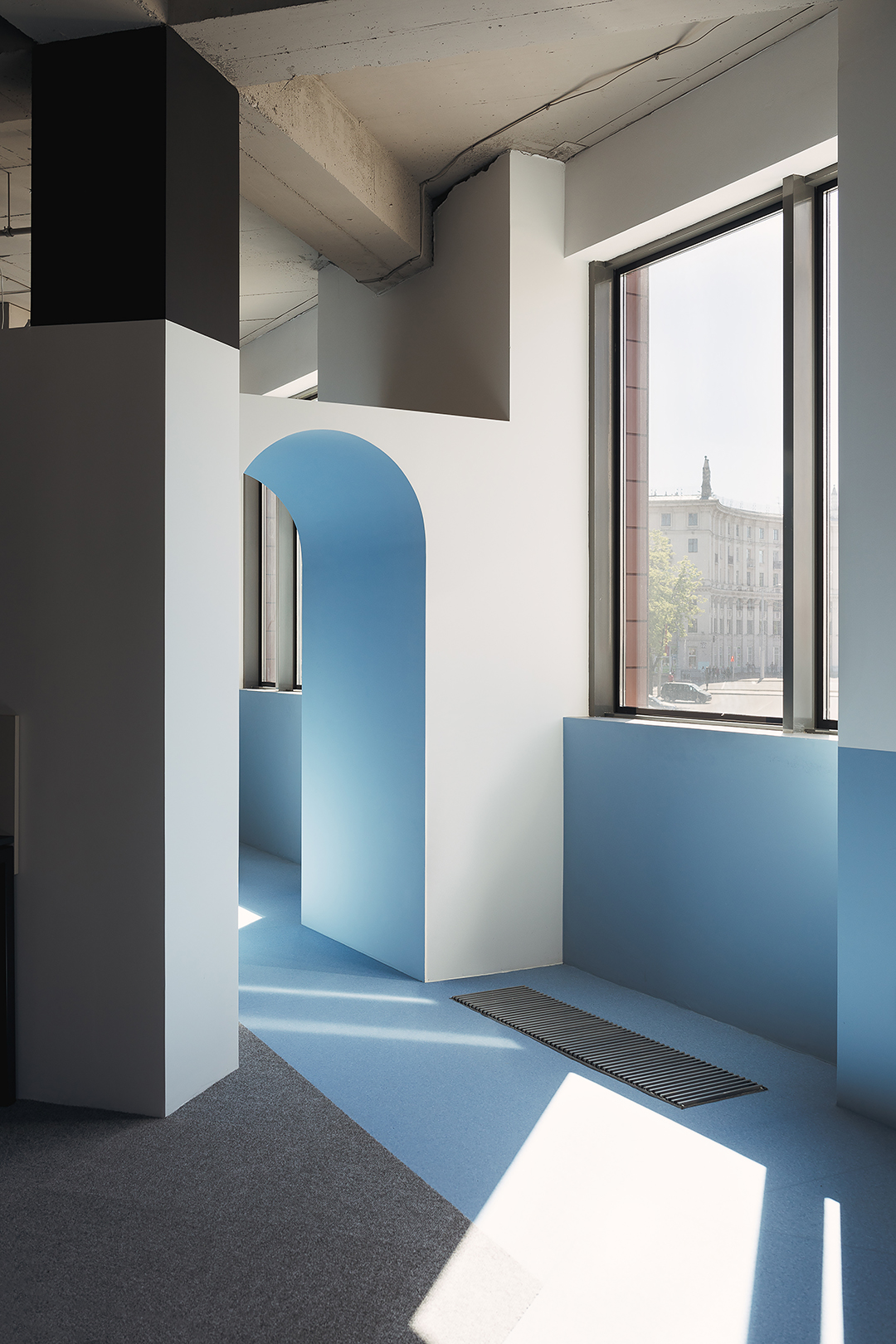 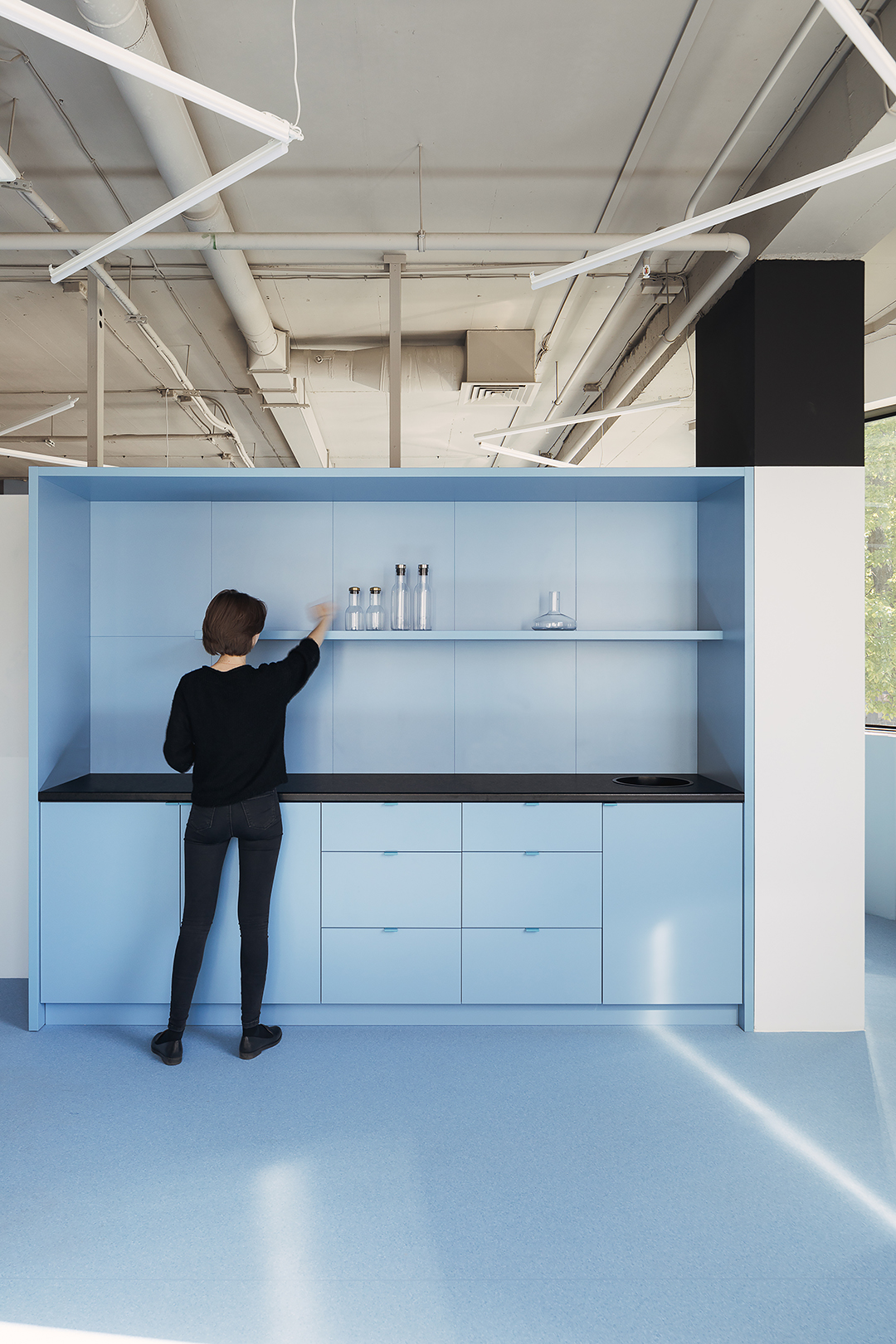 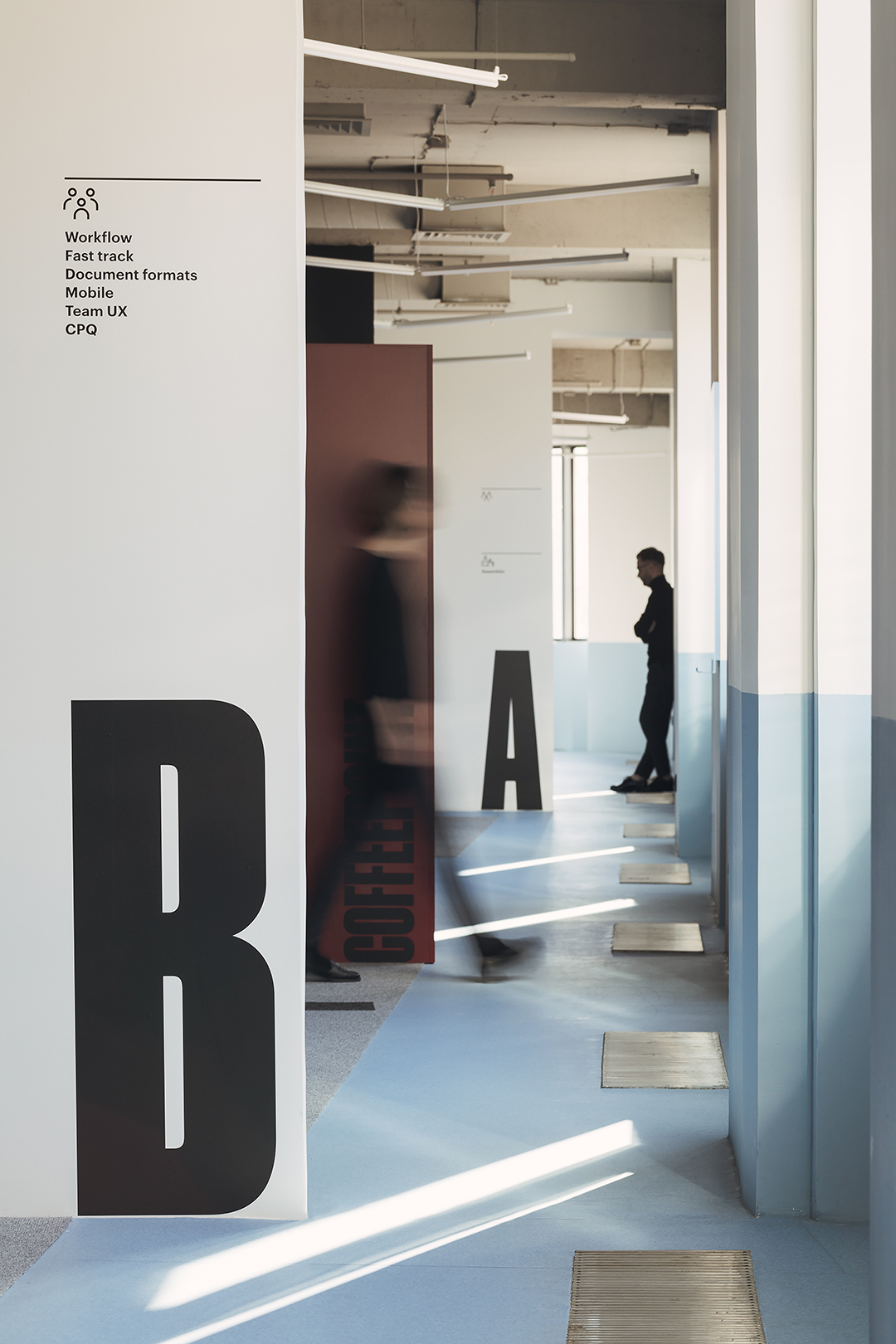 Each one of the four blocks includes an entrance with a wardrobe that separates the lobby from the working spaces. Inside, each meeting room is designed around one of the two colours. The promenade between them features a pedestrian path in blue that runs along the perimeter of the entire office.

What’s interesting is how independent this palette is from the company’s branding and history. Mikita Mikado and Sergey Barysiuk did conceive the company in Belarus, but its head office is now in San Francisco; the company’s logo is a combo of mint green and white. So, beyond heritage references or branding guidelines, the only thing the client asked of Studio11 was a multifunctional space with clear zoning. It’s refreshing to see a project that, as opposed to many heavily referential workspaces, straightforwardly creates a brand new environment – baby blue and burgundy and all.