Be it high-tech or highly natural, Tom Dixon and IKEA say urban farming is in everyone’s future

Courtesy of Tom Dixon and IKEA

Sustainable, affordable, forward-thinking: the trifecta of adjectives are among the aspirational check-list of nearly all design outputs today. For Tom Dixon’s Design Research Studio and IKEA, it was those specific democratic design principles that were the main reference points in developing a leafy exhibition at this spring’s RHS Chelsea Flower Show, titled without frills as Gardening Will Save the World.

The annual British event is world-renowned, giving visitors from far and wide a chance to relish in the simple pleasures of horticulture. As non-traditional garden designers, the joint design team wanted to bring something different to the table: give people a chance to stop and smell the roses while also prompting commentary about the future of urban farming.

So, they realized a two-level, experimental garden ecosystem with modular elements to show how to grow plants in bustling environments, playing with the contrast between the ‘natural’ and ‘unnatural.’ 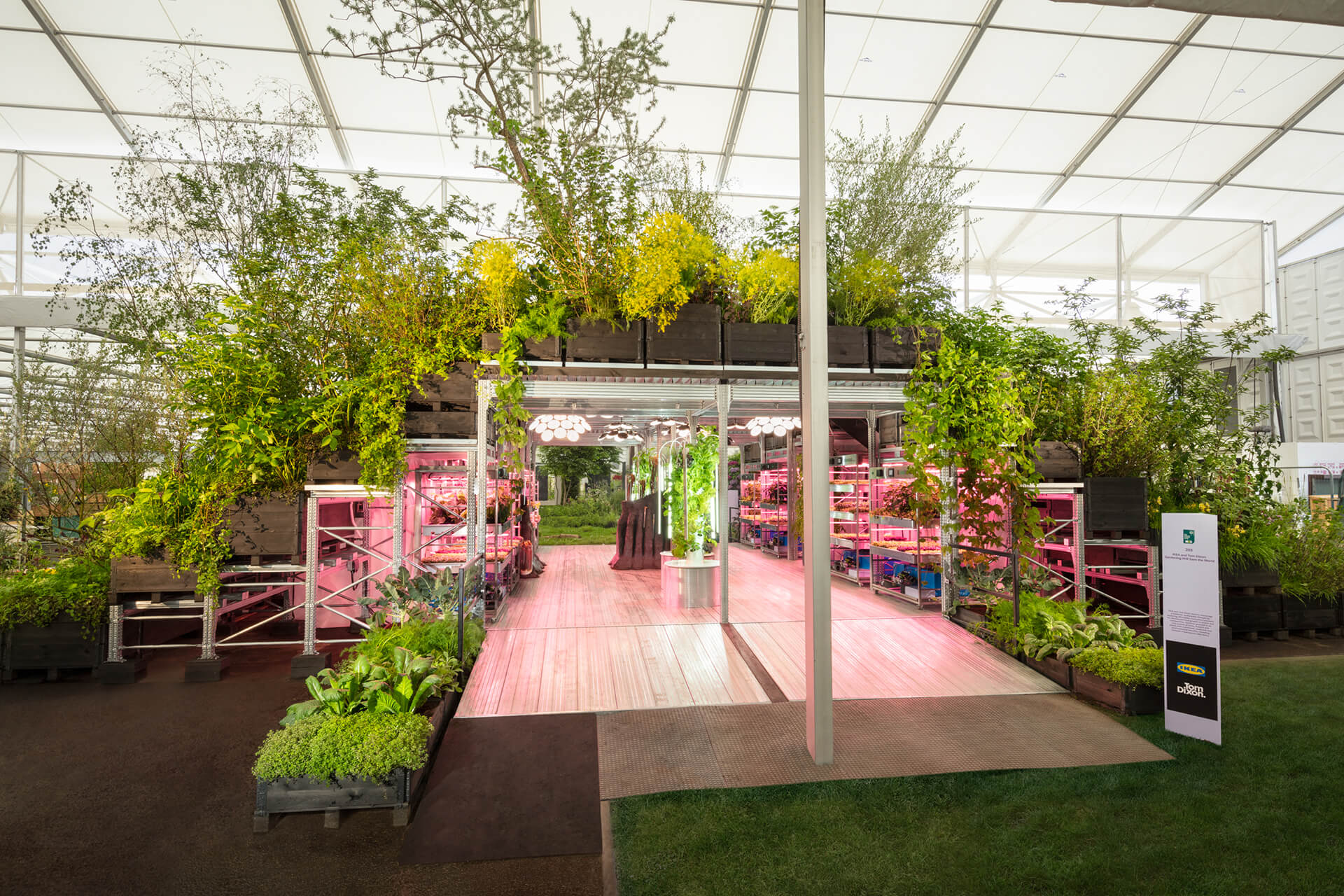 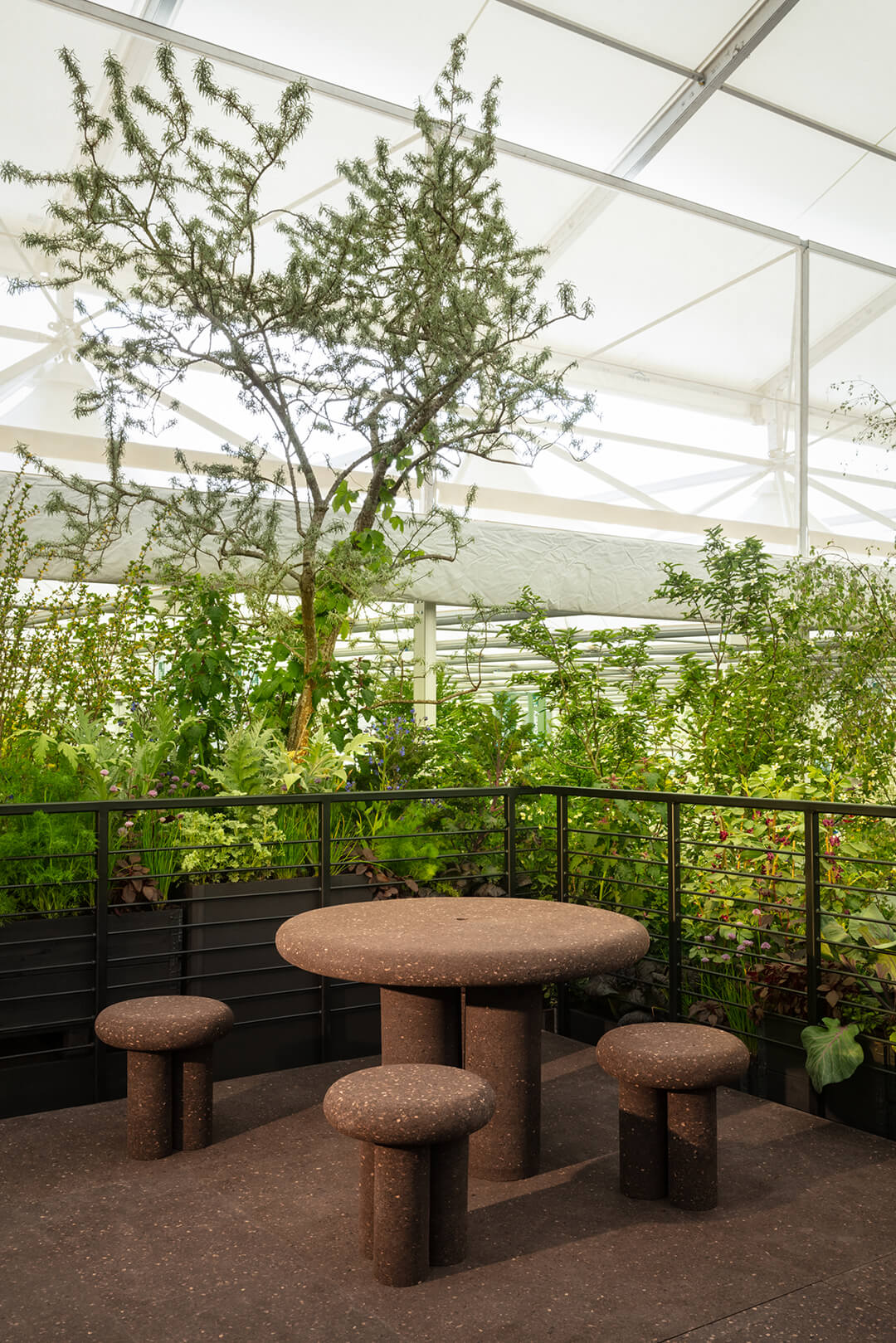 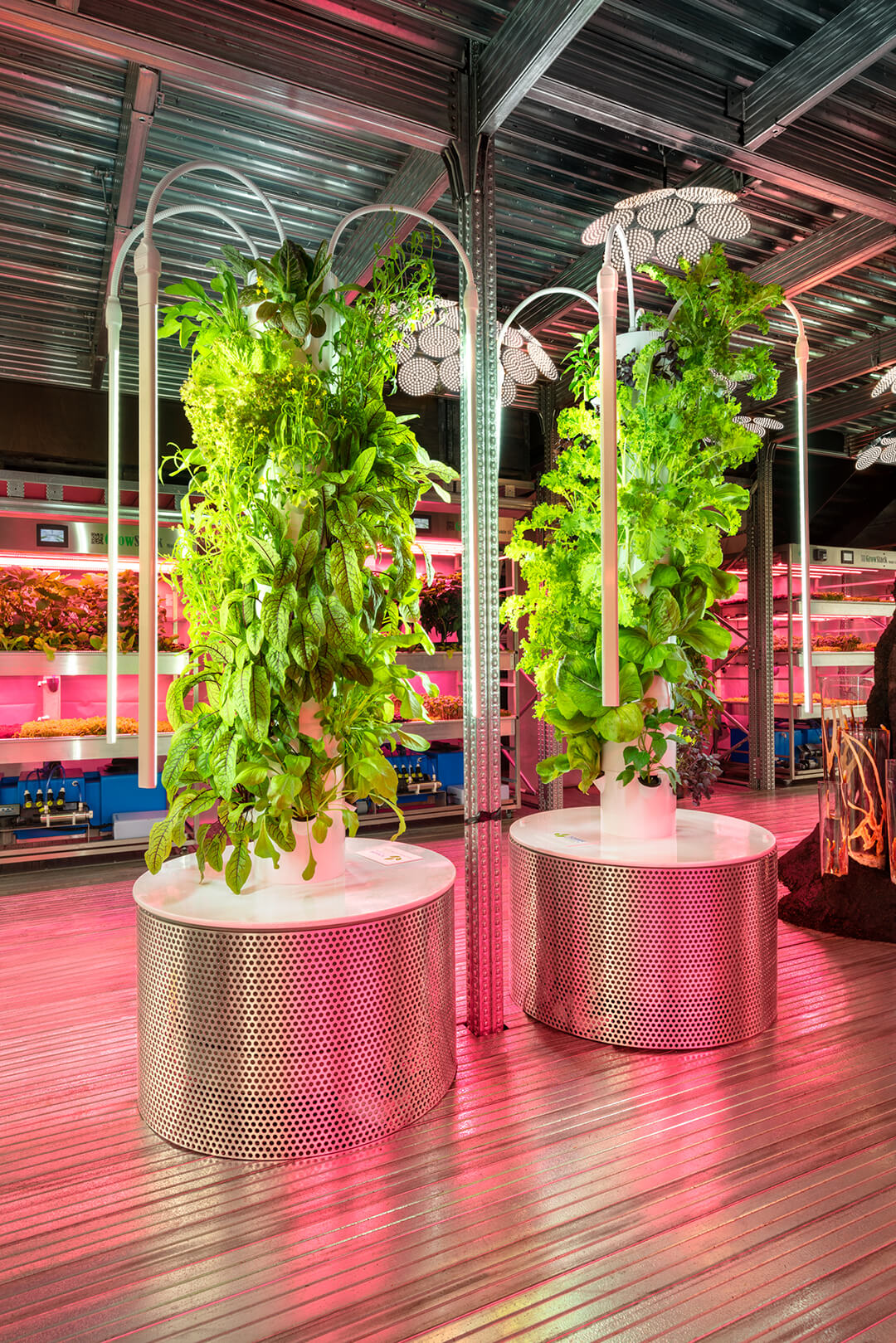 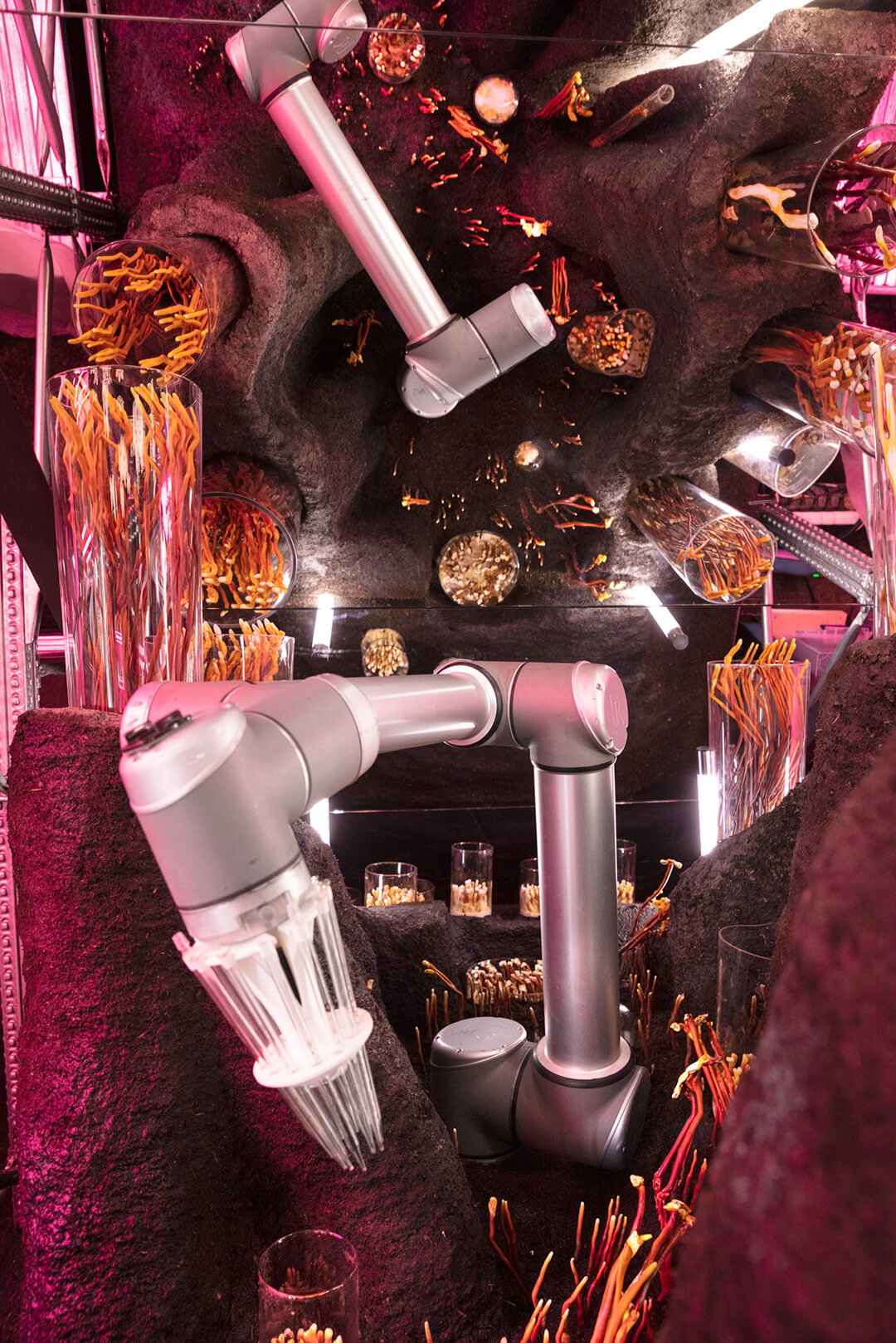 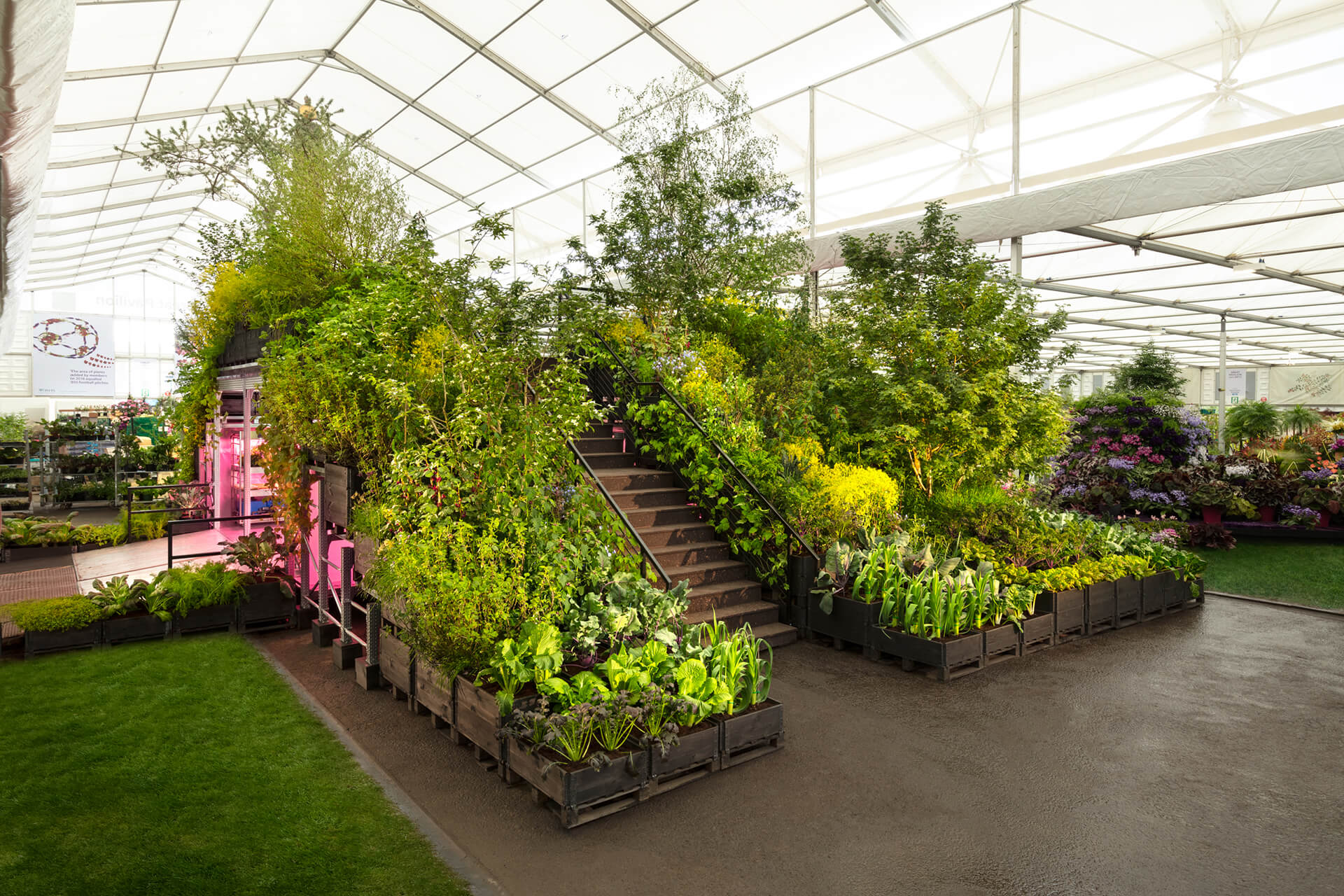 Modelled like a horticultural laboratory, the base-level Hyperreal Garden – which housed nearly 4,800 plants – explored the growth of edibles using hydroponic, aeroponic and LED technology. Around it was the Supernatural Garden – with 2,750 plants, all boasting medicinal, environmental and nutritional benefits – a harvestable oasis.

Both, though, expressed the same message: that it’s possible to lead healthier, more sustainable lives by using innovative solutions for distributed food growth.

Now that the Chelsea Flower Show is over, the garden will be rehomed at Participatory City Foundation in Barking and Dagenham, with the continued aim of educating communities.

The next step for Dixon and the Swedish design behemoth? ‘To develop a series of urban growing products,’ according to James Futcher, the creative leader of IKEA Range and Supply.