Behind the scenes of Michiel Spijkers' Diana Scherer shoot

Michiel Spijkers takes us behind the scenes of his One Artist, One Material shoot with Diana Scherer for Frame 119.

What was the first thing that came to mind after seeing Diana Scherer’s work?
MICHIEL SPIJKERS: Diana’s work is really special – something I hadn’t seen before. I already knew her as a photographer/artist – I own her book Nurture Studies – and it’s really nice to see how her recent work has developed into a physical fabric. 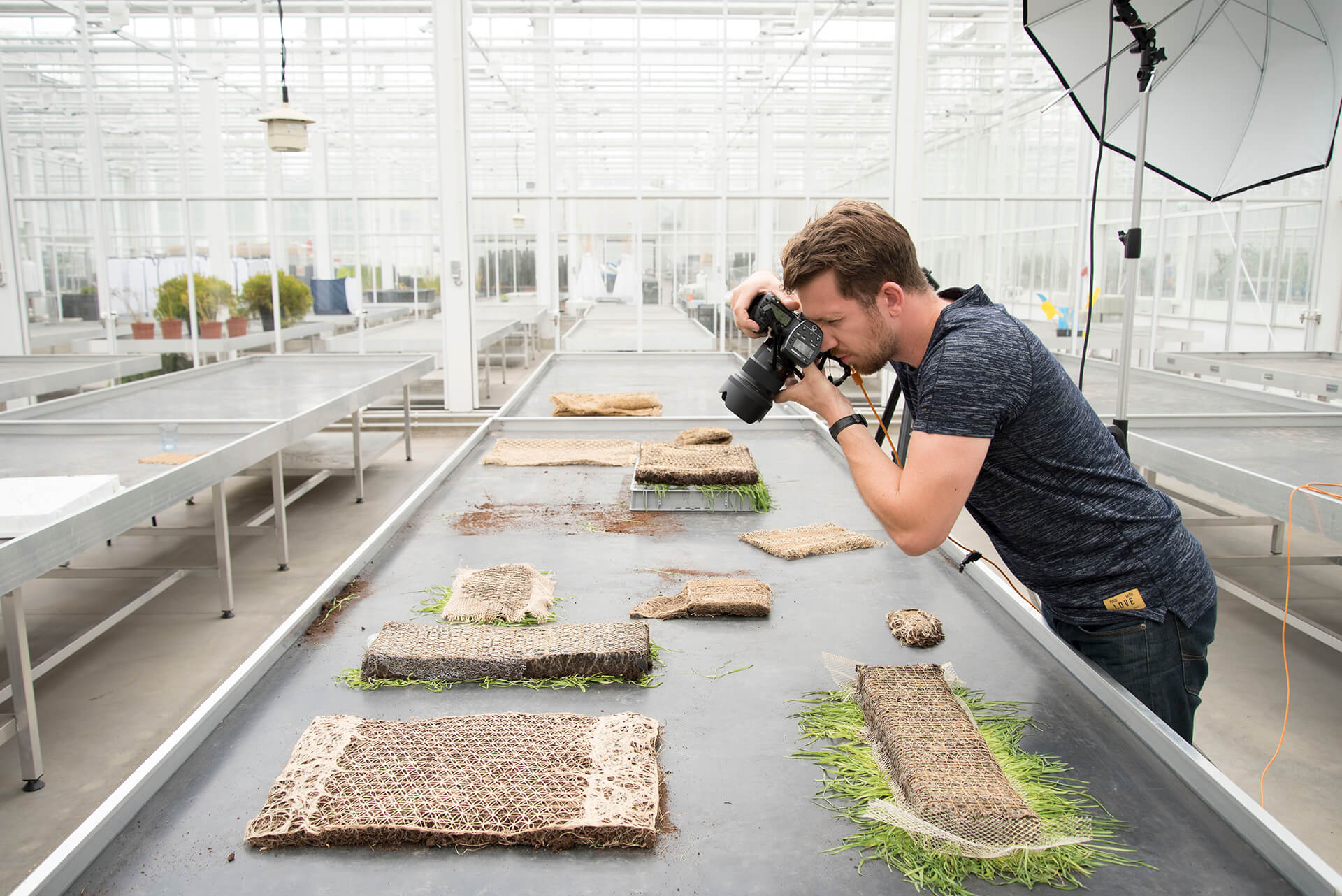 Spijkers shoots pieces from Scherer’s ongoing project Interwoven, a series she began in 2015, which are formed by ‘weaving’ plant roots underground.

What was the concept behind her shoot?
I like creating graphic and colourful work, but sometimes these elements can distract the viewer from the subject. We chose to keep the environment simple to keep the focus on Diana’s creations and their details. Since her work was being developed at Radboud University [in Nijmegen, the Netherlands] we decided to do the shoot there.

What’s your typical working process like for this kind of project?
I like to prepare by learning as much possible about the subject beforehand: reading interviews, studying work. From there, we – in this case, Diana and I – pick a location, which I visit beforehand or preview through pictures. I like to have a small concept and start from there. Then I just go with the flow. I believe that concepts and photography need to have the space to develop throughout the shoot. 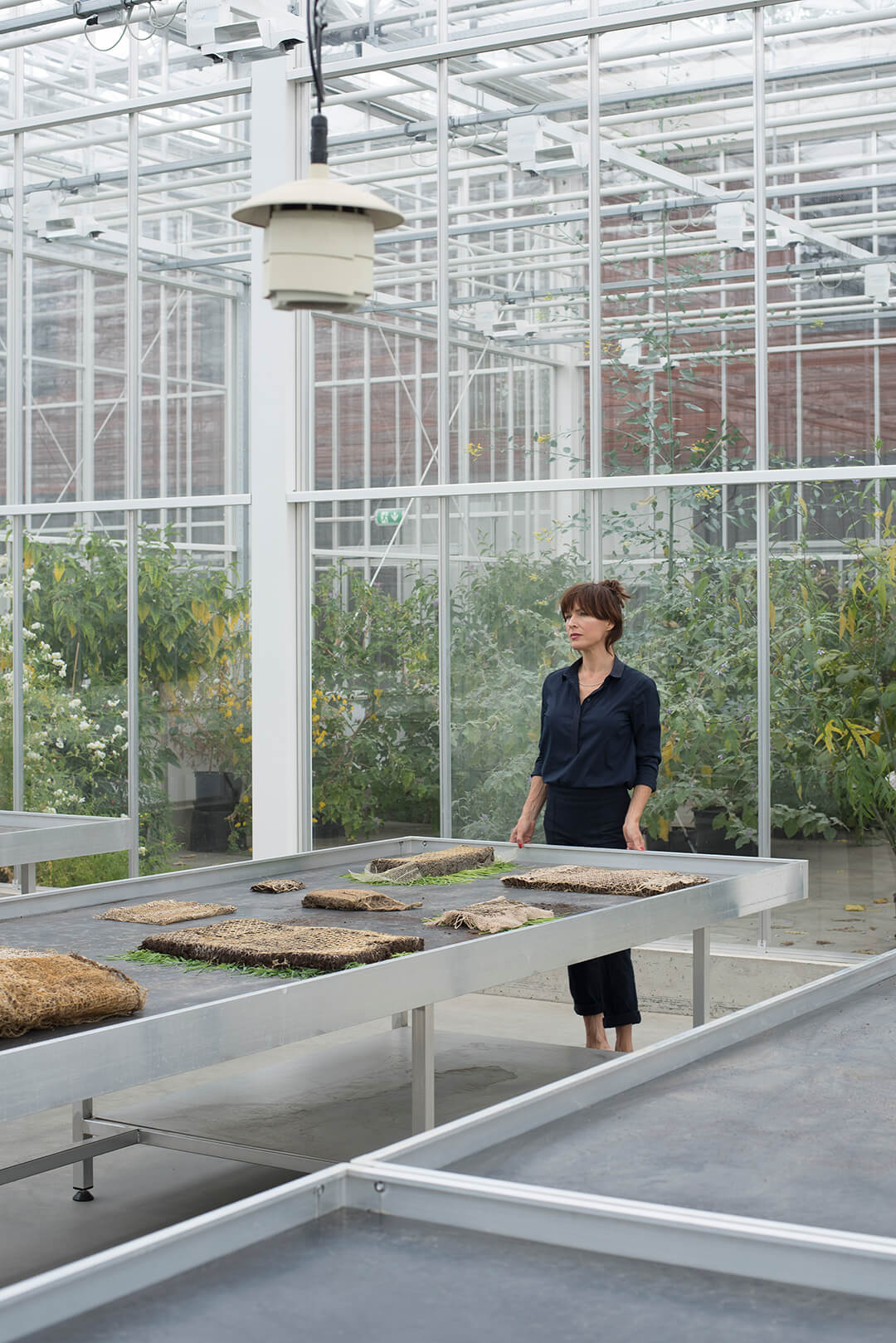 In addition to her studio in Amsterdam, Scherer has a workspace in Radboud University Nijmegen’s greenhouse that allows her to produce pieces through the winter.

Do you think you have a particular style of imagery?
As a maker, it’s hard to judge those things for yourself, but my photography is often described as graphic and colourful. Some even say it feels optimistic and cheerful. When I work in a studio, I like to make real photography sets instead of creating them afterwards using a computer. It’s a style of photography that has somehow become my visual signature over the years. It’s all about having fun with what I do.

Do you think the role of a photographer is changing?
Yes, constantly. When I look at my commissioned work, for example, I notice a constant change in platforms. And the type of photography I create is also changing: more online, moving images, GIFs, animations and so on. It’s a challenge to maintain your visual signature when shifting from a photo camera to, say, a video camera. But it’s a nice challenge – if you’re open to change that is. 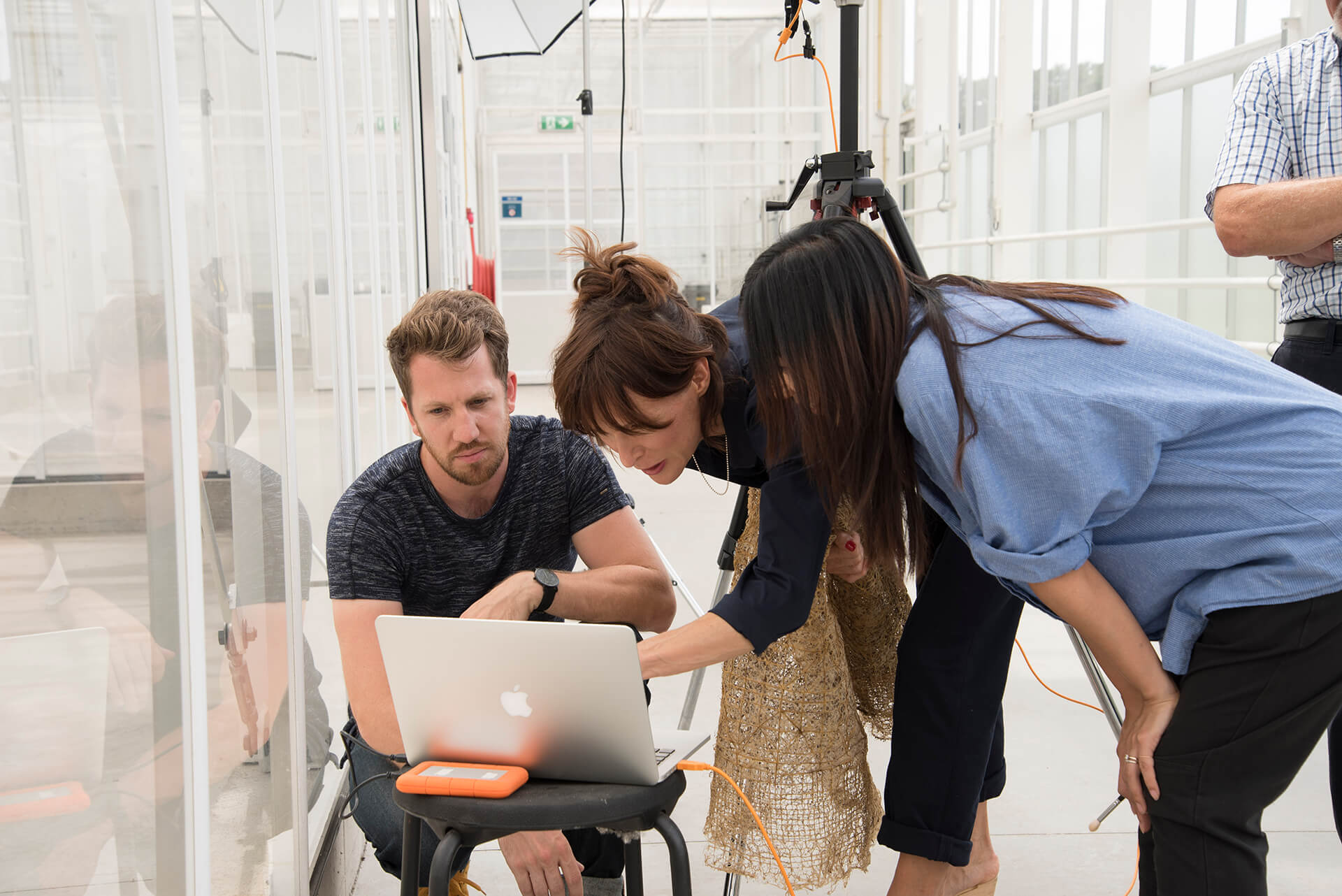 See the outcome of Michiel Spijkers’ shoot and read Diana Scherer’s story in Frame 119, available now on the Frame Store.