The Scholen van Morgen (Schools of Tomorrow) initiative was laid out in 2006 by the Flemish government in the north of Belgium – a decree of collaboration with private partners that came as a direct response to the shortage of public funds available for the construction of educational facilities. Rotterdam-based firm Bekkering Adams has recently realized the third largest of the 250 school projects with the opening of a four-building campus in Peer, one of the most eastern towns within the scope of the modernization. 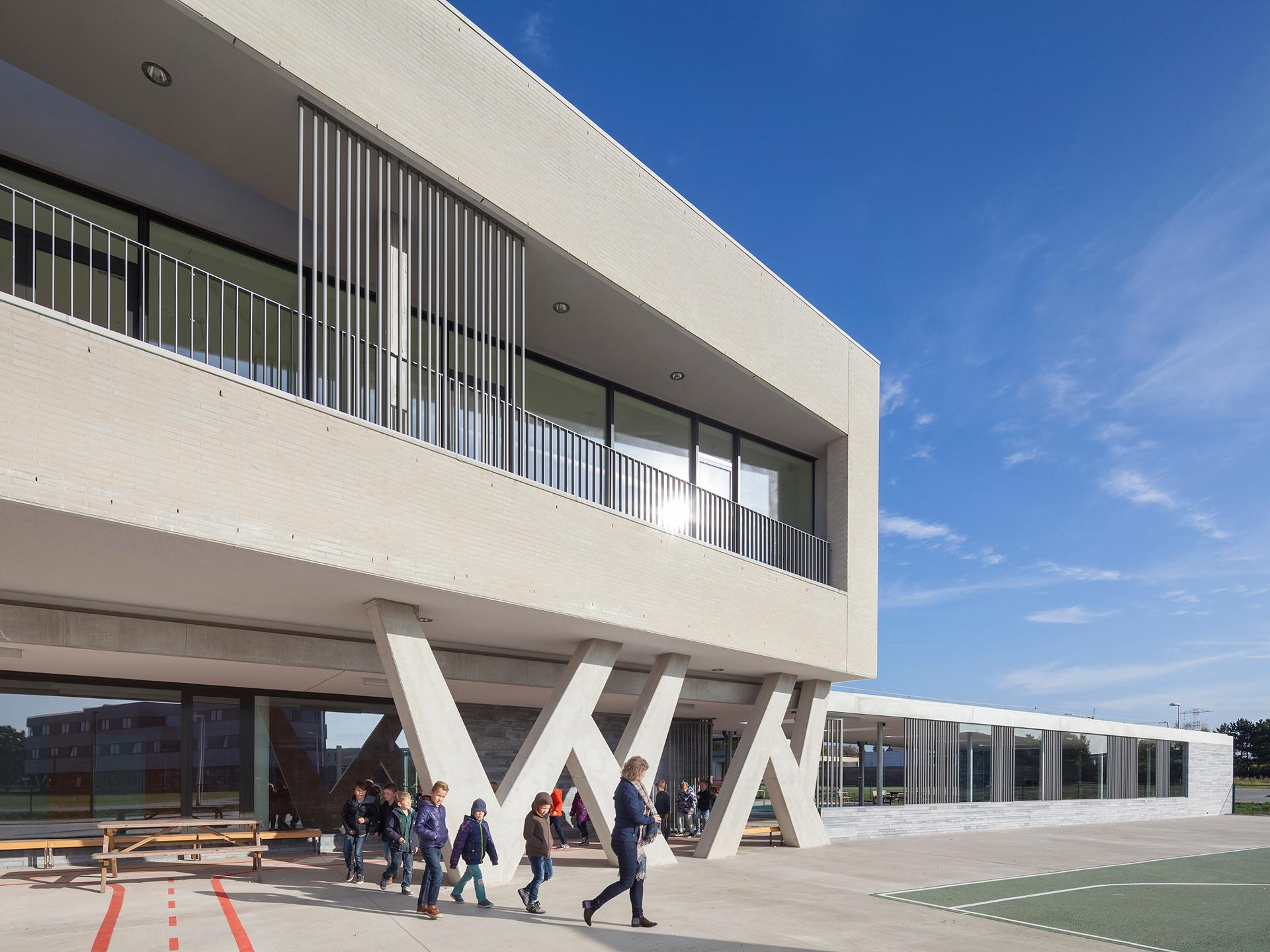 The volumes – comprising a primary school, secondary school, sports complex and boarding house – each act on an individual basis with no physical connection. The master planners of the municipality intended from the start to have four different buildings to facilitate the separate functions. The architect used a common materiality and style to unite the structures as one campus, with covered outdoor areas to separate the public and private elements. ‘The concept of the urban design was to create a green hearth around which all of the buildings are located,’ says architect Juliette Bekkering. ‘By concentrating the buildings around the edge of the site, the inner free space – a public pedestrian area – is kept as big as possible.’ 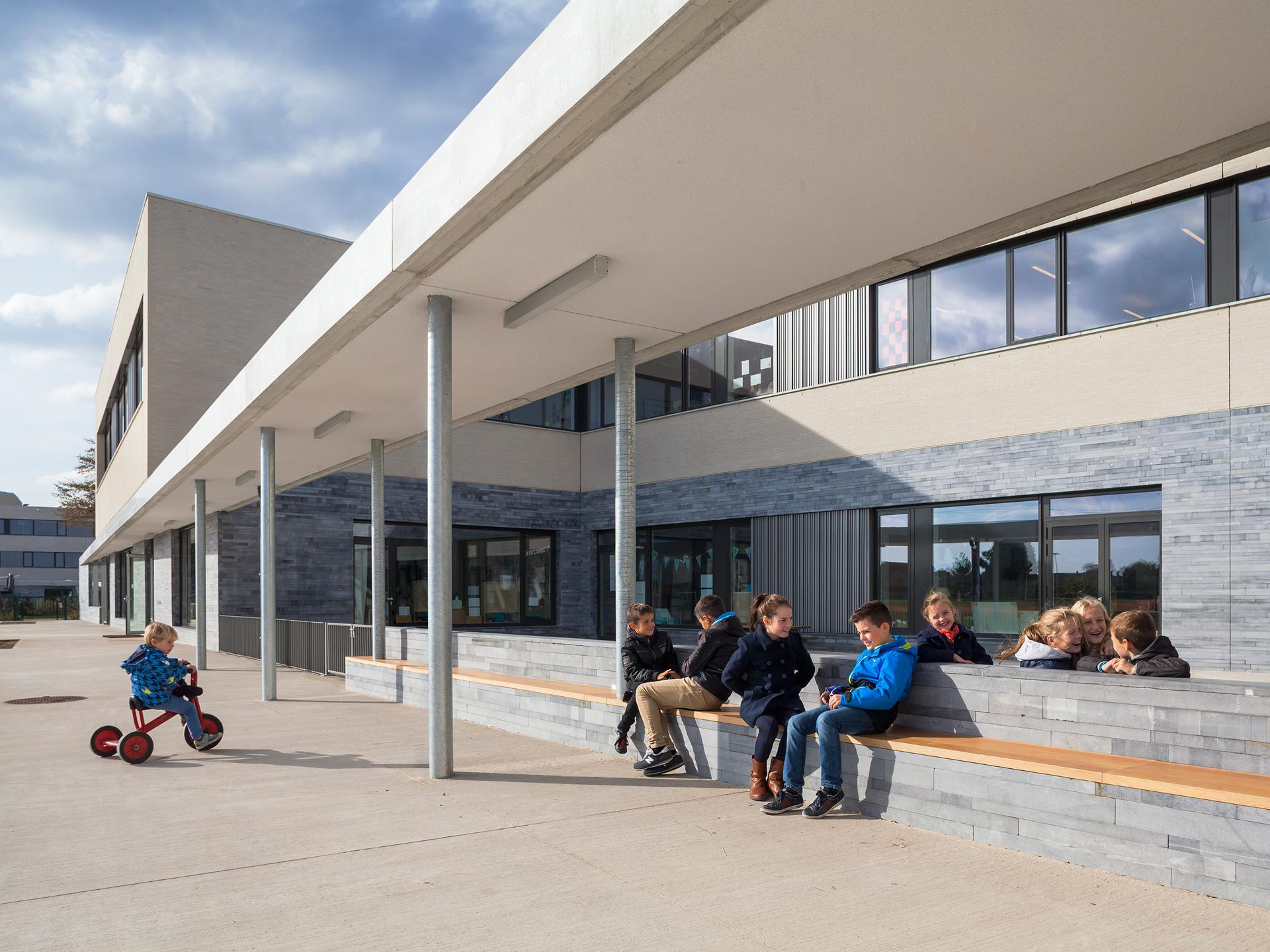 Most school buildings lie dormant outside of term time (equating to roughly half of the year) but School Campus Peer will serve more than just the students as it opens up as a 24/7 year-round facility for the local residents: ‘The green campus is a learning environment not only for the pupils but for all the inhabitants of the city. More than 25 sport associations from around the area already make use of the sports centre building and the facilities that are on campus. People of all ages go to the park for a walk, play games, perform sports or simply pass through to get from point A to point B.’ 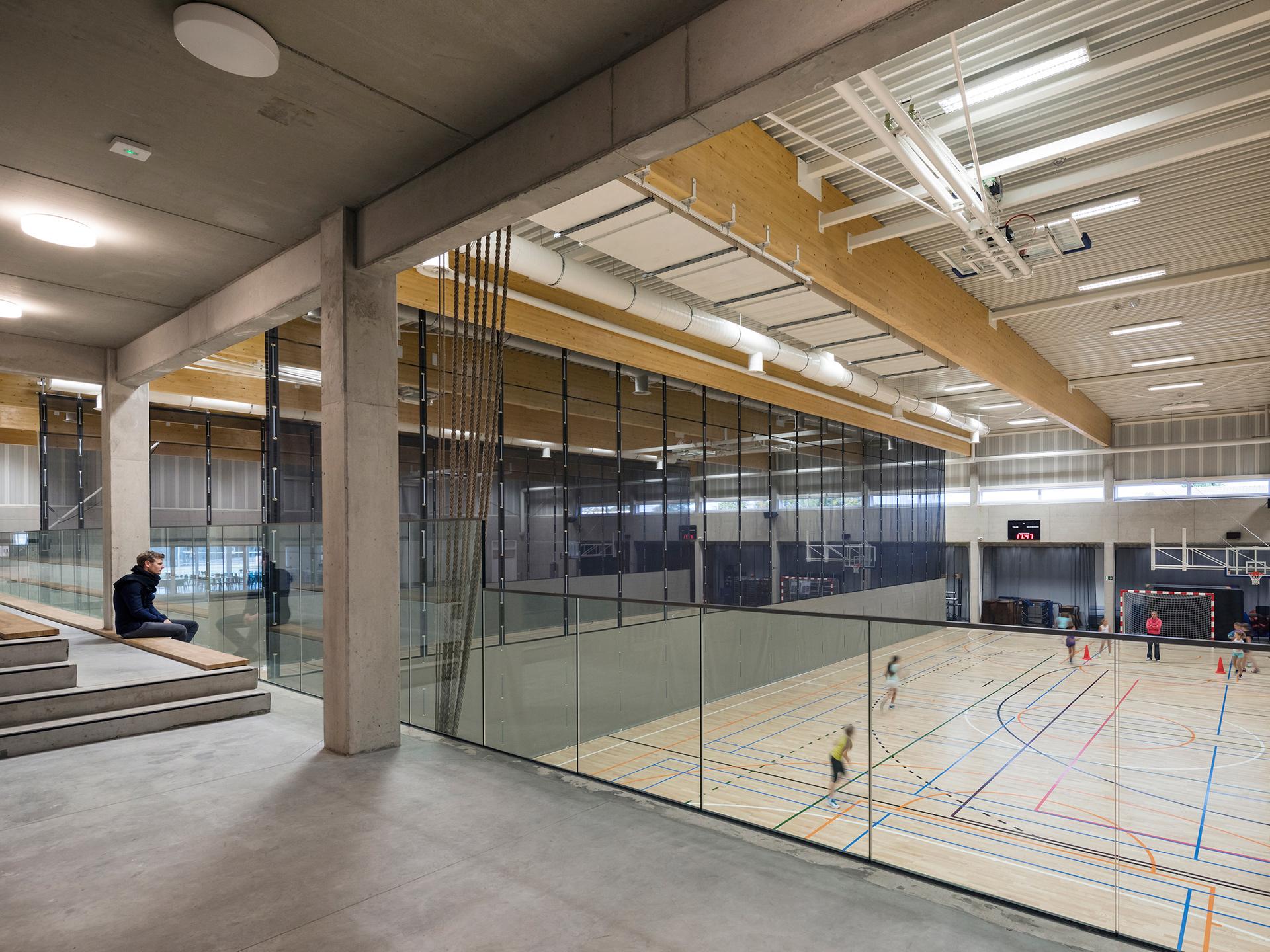 ‘The Scholen van Morgen programme gave us the opportunity to design an entire green campus which is activated by sports and education,’ Bekkering concludes. ‘For us, it was very important to create a unity between the four individual buildings to really define a new place in the city of Peer for people to visit. I think, in the end, we succeeded in creating one campus where everybody feels at home.’ 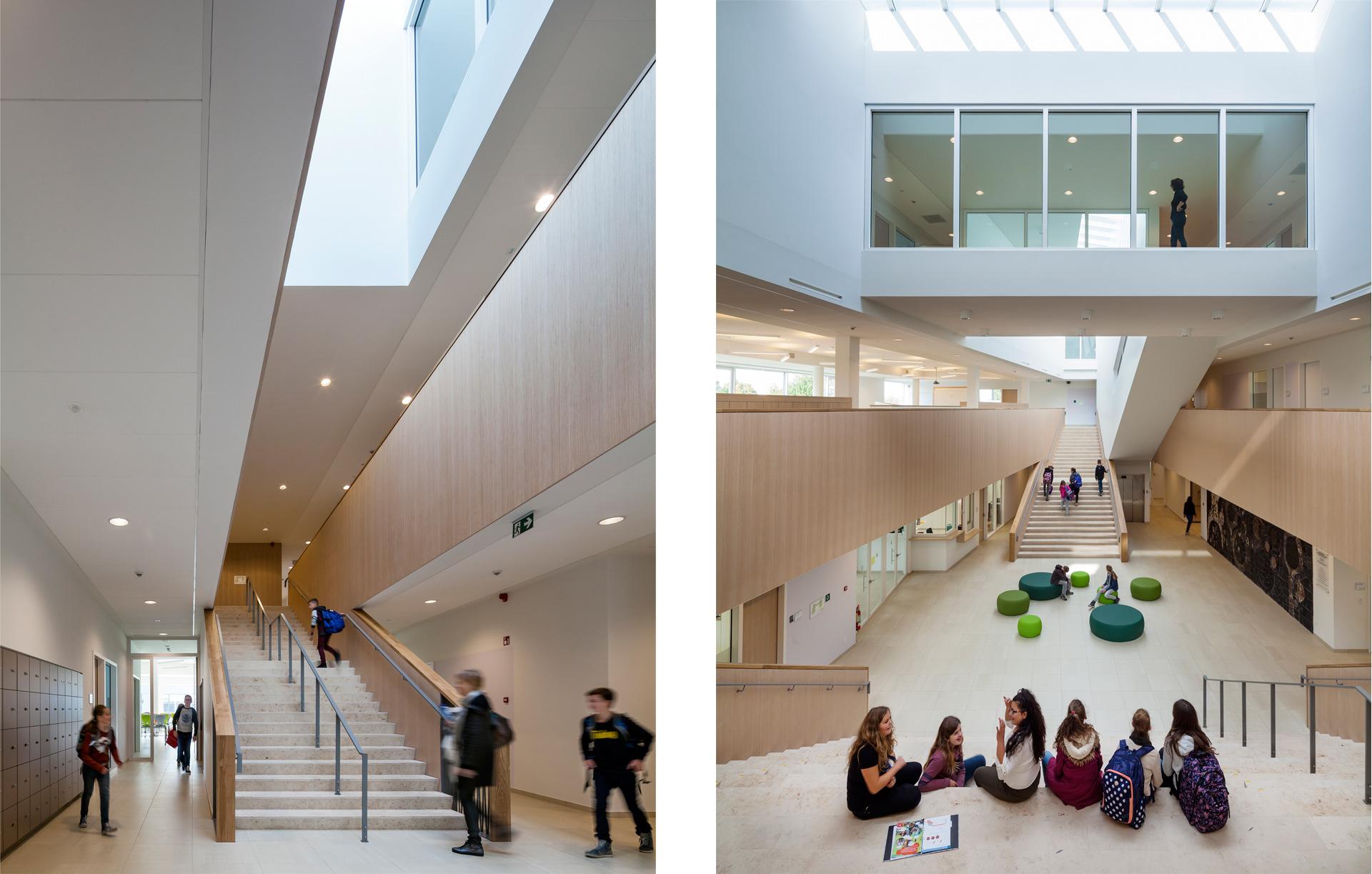 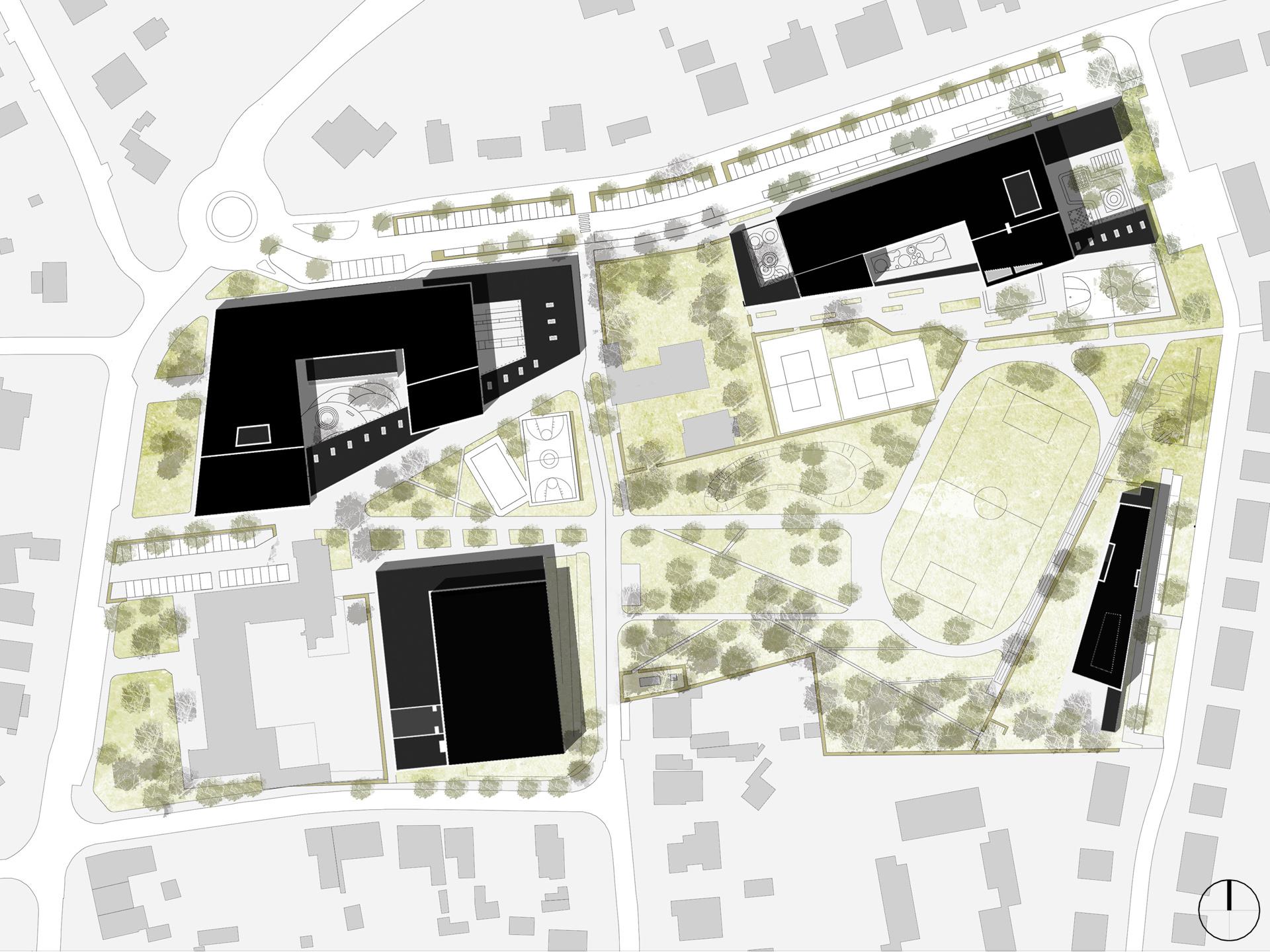