In 2008, Colombia embarked on an ambitious expansion of its largest airport, adding more than 100,000 sq-m and nearly three times its passenger capacity a decade later. The only project more ardently aggressive than the enlargement of El Dorado was the economic and emotional renewal of the country itself: after the dark era of drug-related violence, the nation has undergone a socially minded transformation that has turned it into an exports hub and an attractive recipient for foreign investment.

Those two factors have tangibly come together in the new VIP lounges for Avianca, Colombia’s flag carrier. Conceived by Barcelona-based firm Francesc Rifé Studio, the Gold and Diamond lounges provide a series of calm and elegantly warm transitional spaces in Latin America’s third busiest airport. The linear simplicity of its surfaces speaks the same language of the distilled forest-inspired geometries that make up the lighting system; the tailored walnut tables and the grey carpet provide a neutral background for the paraments covered in cane braid arrow – a subtle nod to the tradition and history of local craft. 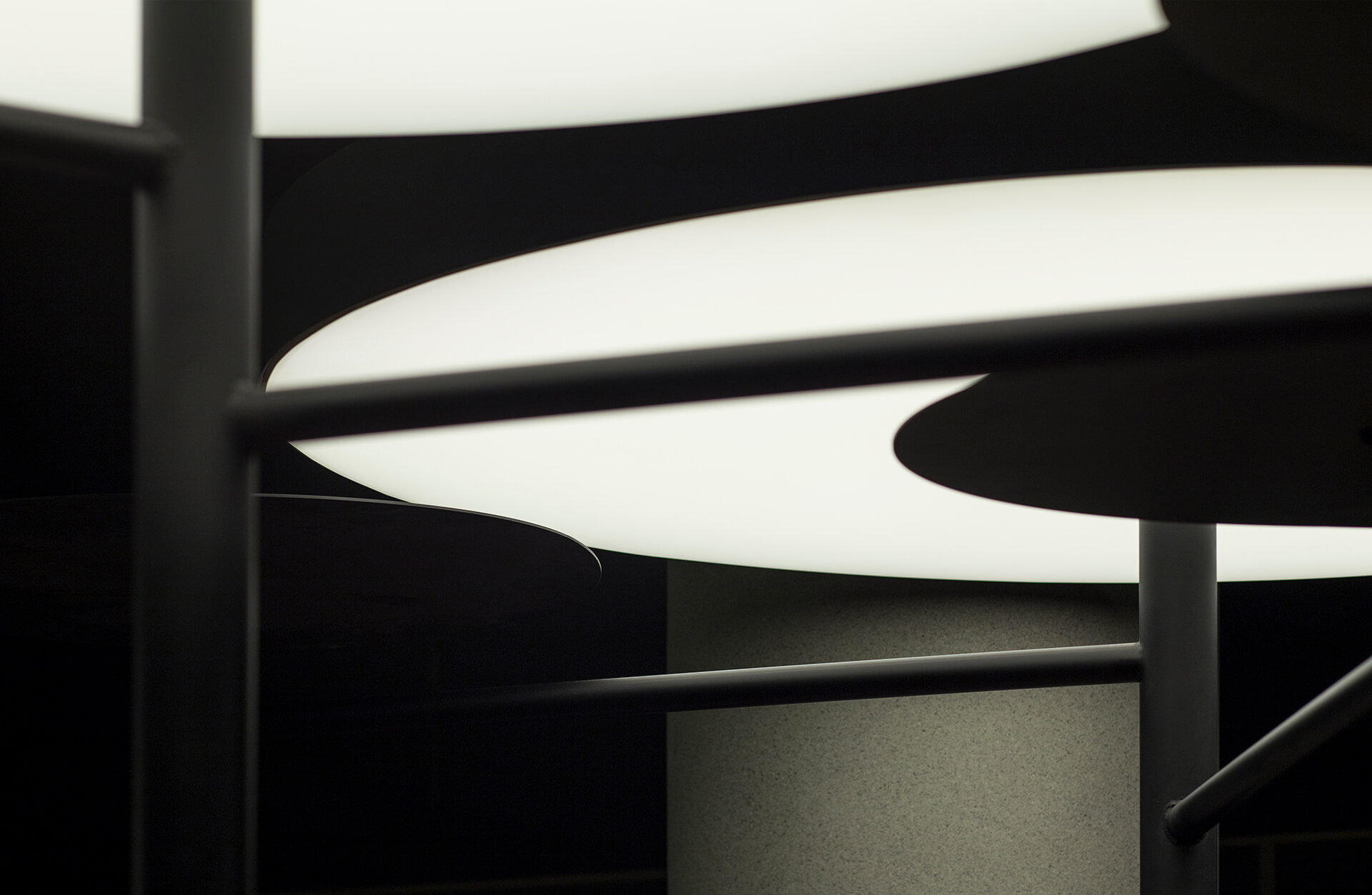 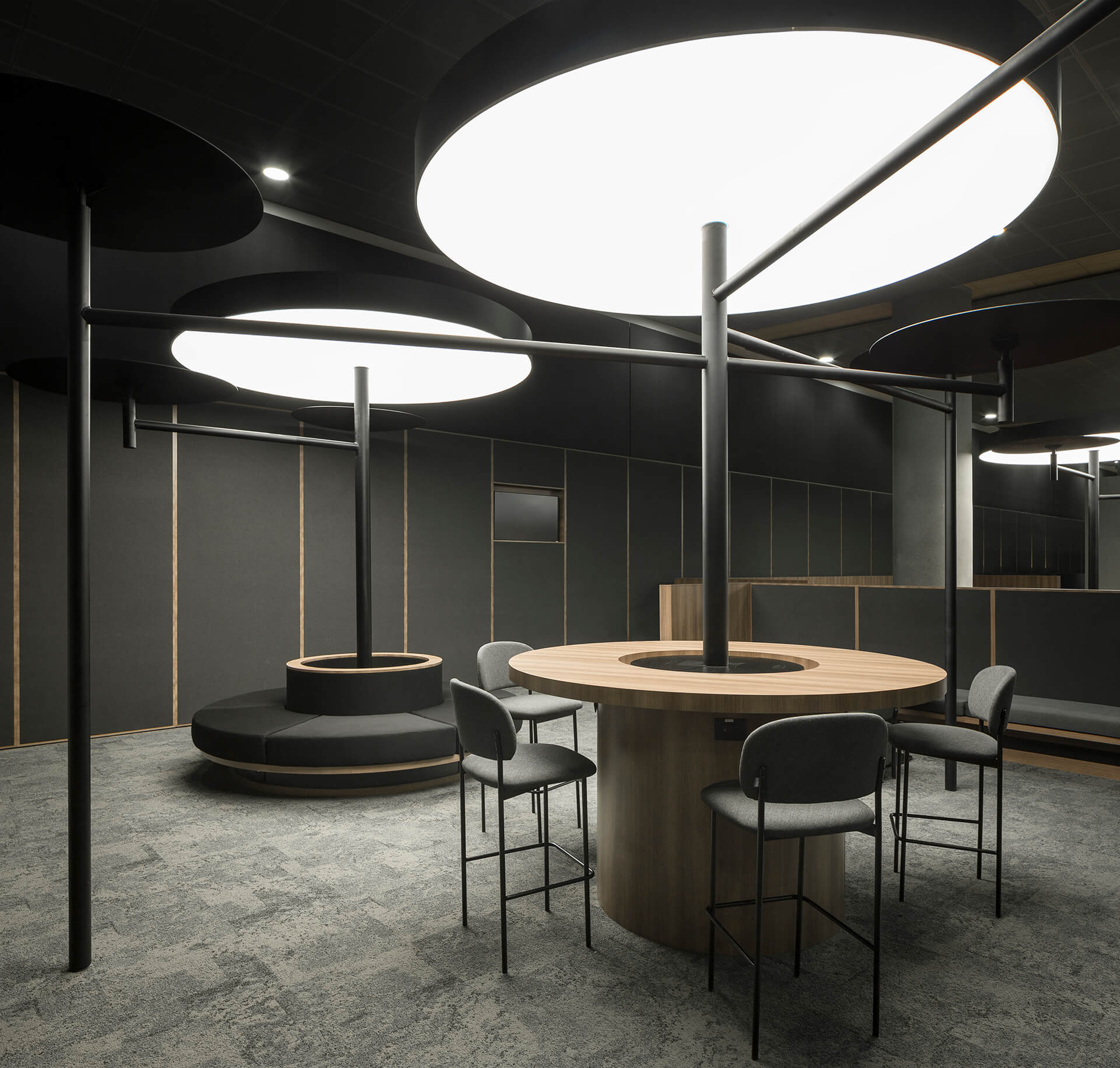 This is, in other words, a lounge space that builds upon the nation’s heritage, but only to provide a backdrop for the future it aims to achieve. ‘Instead of focusing on representing Colombian identity, we tried to reflect the recent development the country has gone through by using an innovative concept for VIP lounges that wouldn’t have been carried out in the past,’ explained Francesc Rifé.

We spoke with the interior architect about the role of design in the Colombian economy and why some El Dorado travelers are now, half-jokingly, more than willing to miss their flights.

The airport is not what it was a decade ago. How does it see itself? How did you reflect that in the Avianca lounges?
FRANCESC RIFÉ: I firmly believe that when a country grows in terms of design, its inhabitants grow along with it. Bogotá, for example, is starting to see some outstanding architectural and interior design projects, and that points to how times have changed. El Dorado doesn’t want to be a functional site anymore: they’ve been working on providing an experience, and that was our same goal with the Avianca lounges – we wanted visitors to experience the space beyond the merely practical, shifting instead to an emotional connection.

I firmly believe that when a country grows in terms of design, its inhabitants grow along with it 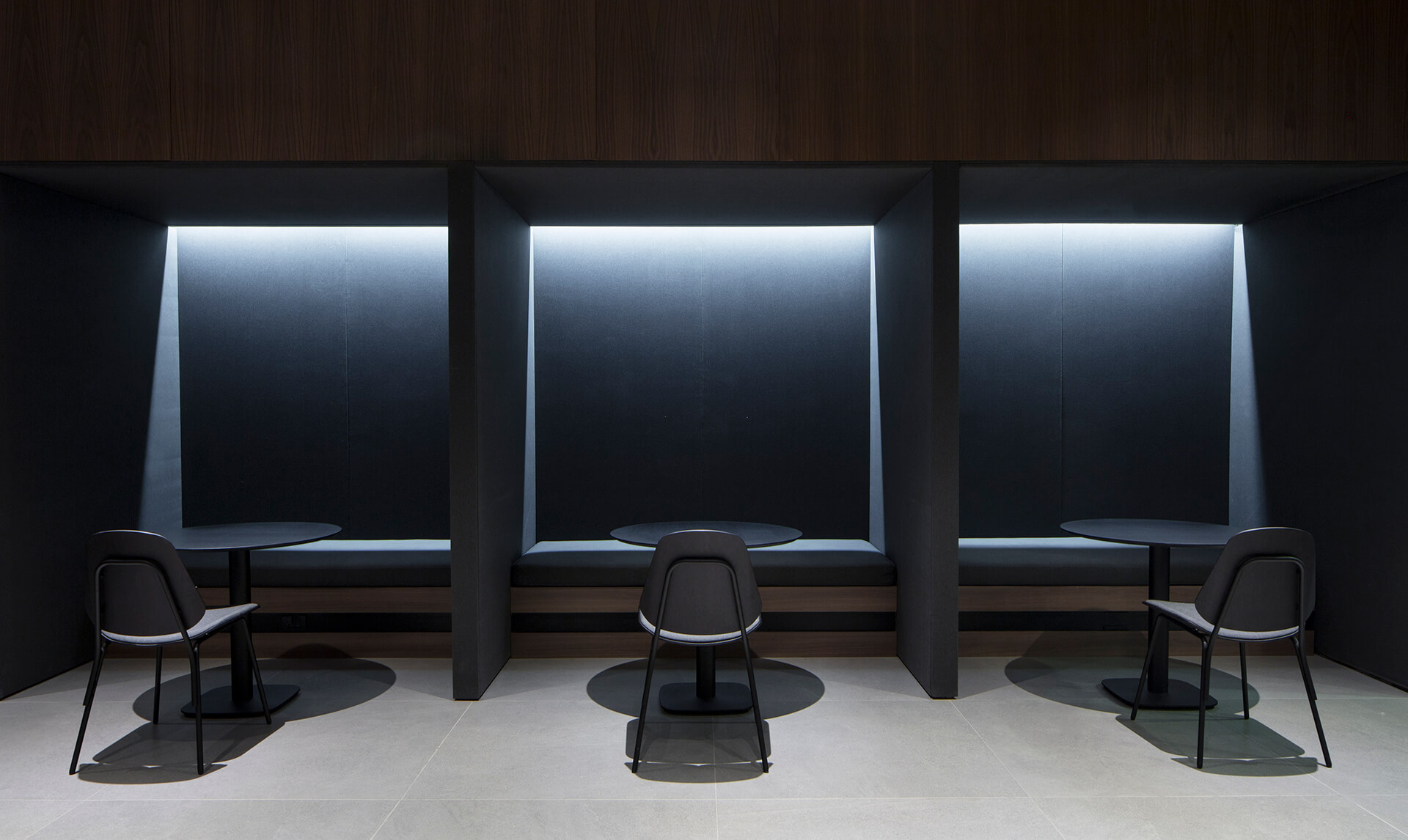 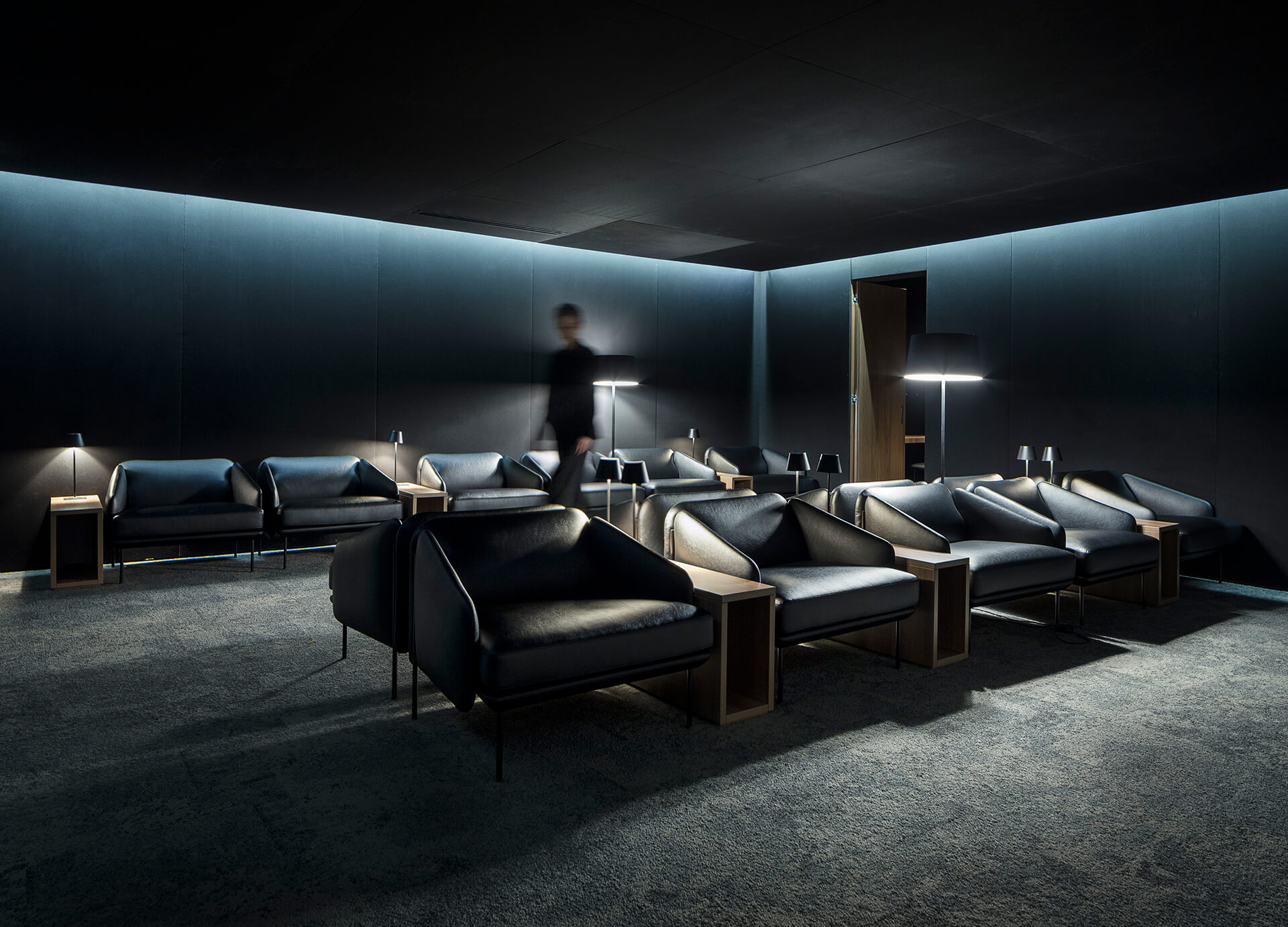 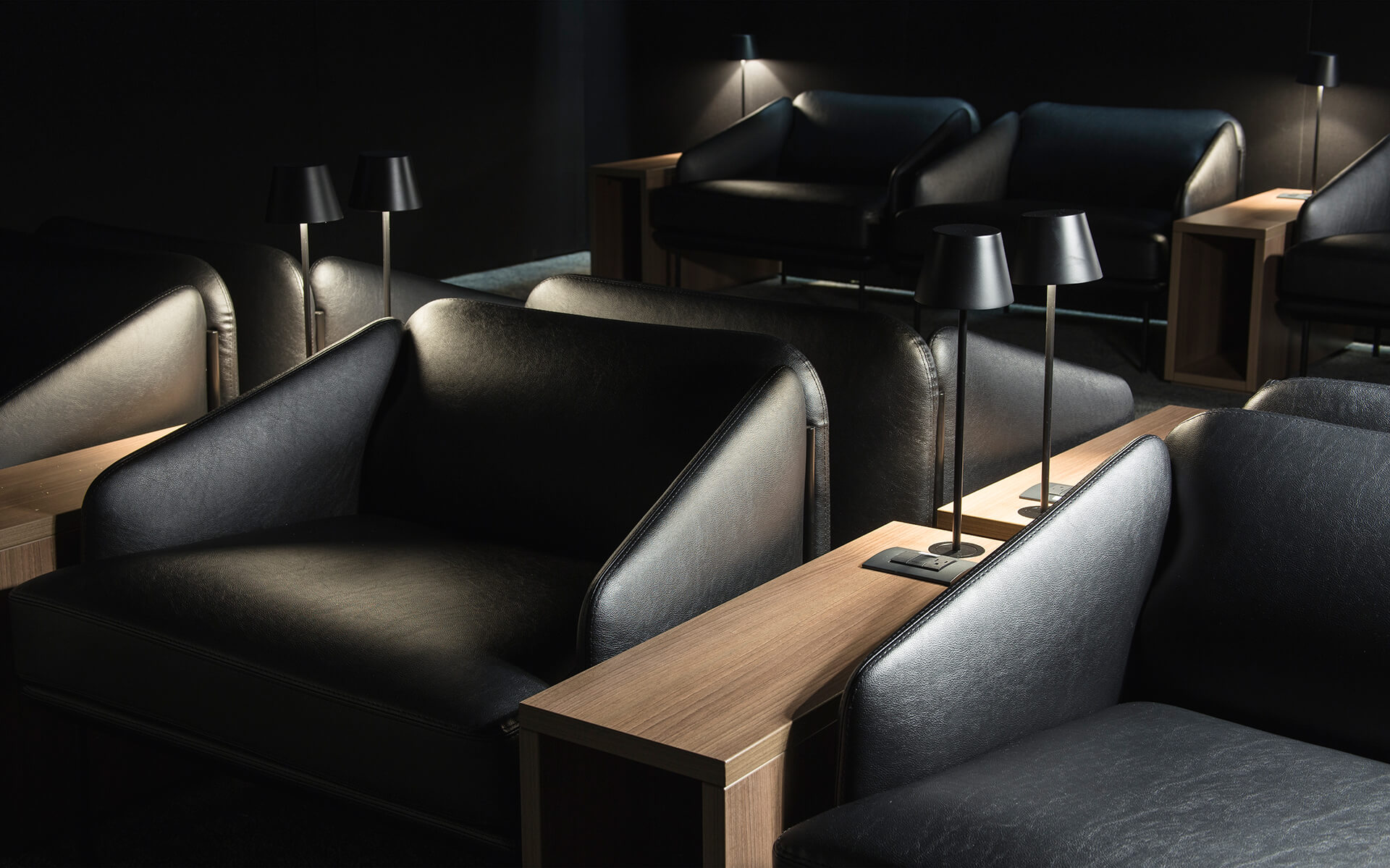 What did the airline want to communicate with these new spaces?
The company wanted to provide visual continuity among its VIP lounges worldwide in terms of colour and context; that’s a key step in any corporate identity. Beyond that, they stressed the importance of designing a warm environment, and that actually became one of our biggest challenges: providing an intimate atmosphere throughout two large open spaces.

Beyond the obvious socioeconomic and business travel categorisations, who are these lounges designed for?
I would like to think it’s for visitors who understand our work philosophy: that sober design, devoid of superfluous elements, can also lead to a wide range of emotions. So that’s why, instead of trends or lifestyle categories, I would speak of sensibilities. I like comparing this type of design with monochrome art: they’re essential works that excavate into the conscience of our own perception, instead of being based on a conventional or illustrative narrative. 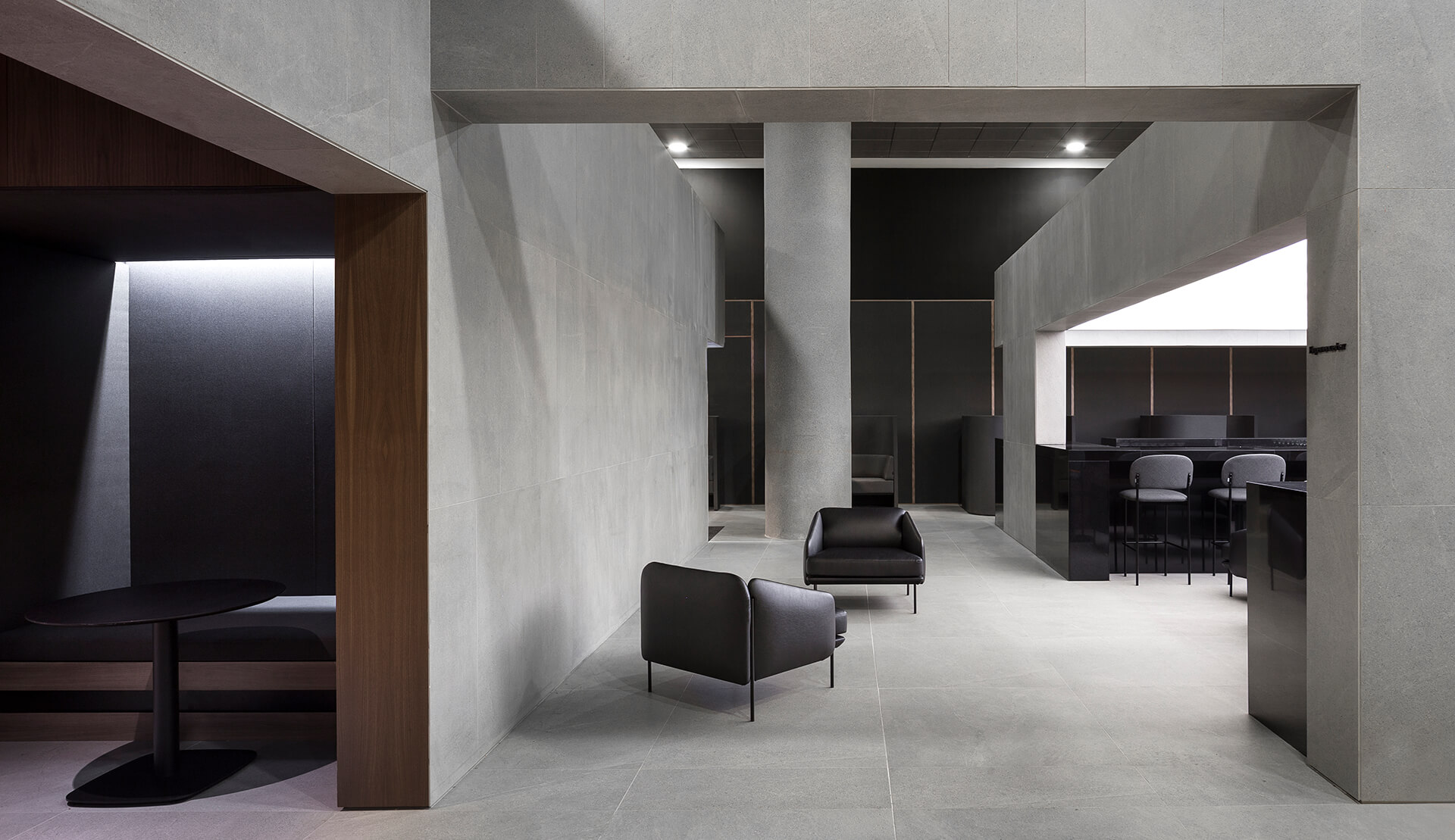 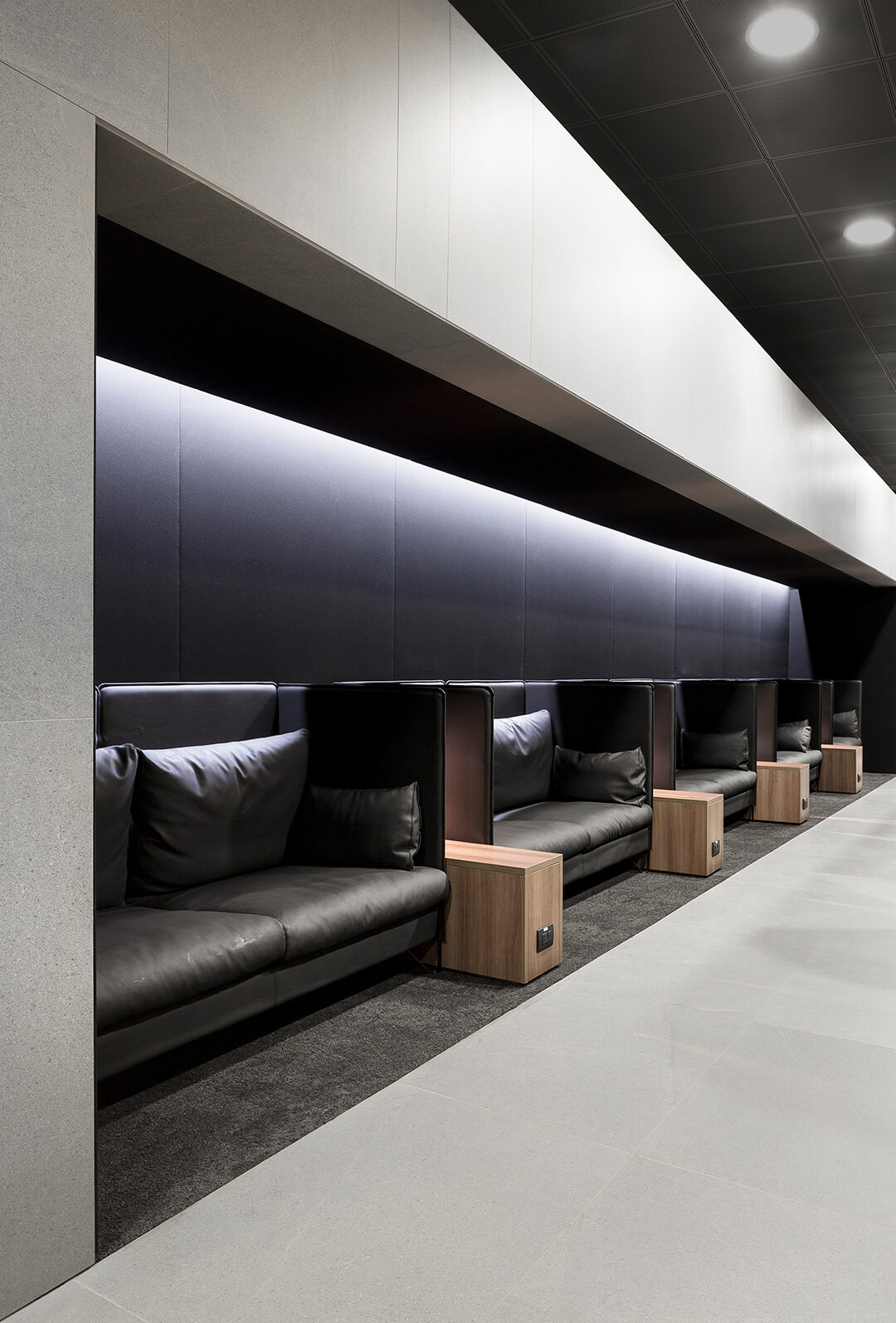 But were there any references to a more conventional cultural narrative in your choice of materials?
Indeed, we wanted to somehow communicate the great respect we have for the traditions and the history of the Colombian people. Since matter is our conduit for expression, we’ve covered some surfaces with cane braid arrow – a popular textile custom in the country.

As this type of environment is not what you would necessarily expect in Bogotá, what has visitor feedback been like?
I’m honoured to see how excited travelers look when they come in. One of the lounge employees actually showed us how Twitter and Instagram have become a barometer to gauge the reactions of the people who visit the space: one tweet even said they were willing to miss their flight just to be able to stay in there.