Located in Southern Ontario, Cambridge is a relatively small city – only around 130,000 residents live there – but it’s now home to Canada’s very first ‘bookless’ library. Designed by the Toronto-based architectural studio RDHA, the 1,736-sq-m, 7-million euro space is pitched as a collaborative workspaces, a result of Cambridge’s library system deciding to rebrand themselves as the ‘Idea Exchange’ in 2015. Its goal was to do what most libraries interested in survival are scrambling to do: secure relevancy as community spaces in the digital age. It’s a collective mission we recently covered extensively in Frame 127 [get your copy here], which was dedicated unpacking the changing role of these institutions.

While the expansive new location – called the Idea Exchange Old Post Office – will never boast a million-book selection, five other nearby outposts wield ample book collections and traditional study facilities to whet one’s literary appetite. The Old Post Office instead possesses places to for children and adults alike to tinker, jam and innovate.

A name like ‘Idea Exchange Old Post Office’ may require some clarification: thankfully, it’s quite literal – the project is a rebirth of a listed 1885 masonry post office anchored on the bank of the Grand River. In addition to restoring the original brick and limestone building, RDHA added an 836-sq-m transparent pavilion that wraps around the structure and cantilevers over the river wall. In making this decision, they considered the prospective development of the city. Predicting a river walk that will eventually follow the water’s edge, the studio wanted to give passersbys a reason to look overhead at the extension. Aluminium is polished to a mirrored finish, creating a selfie-op for walkers. 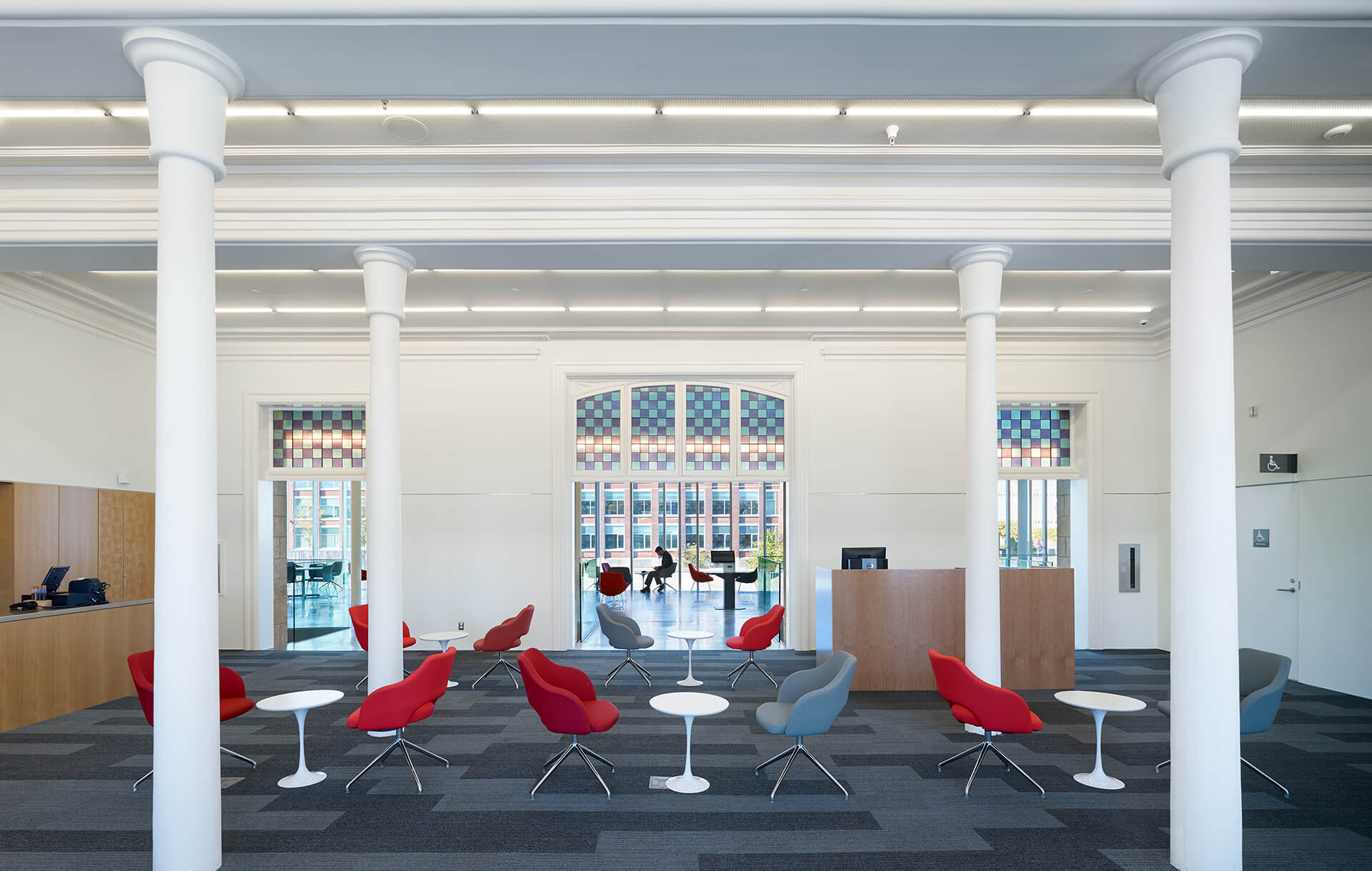 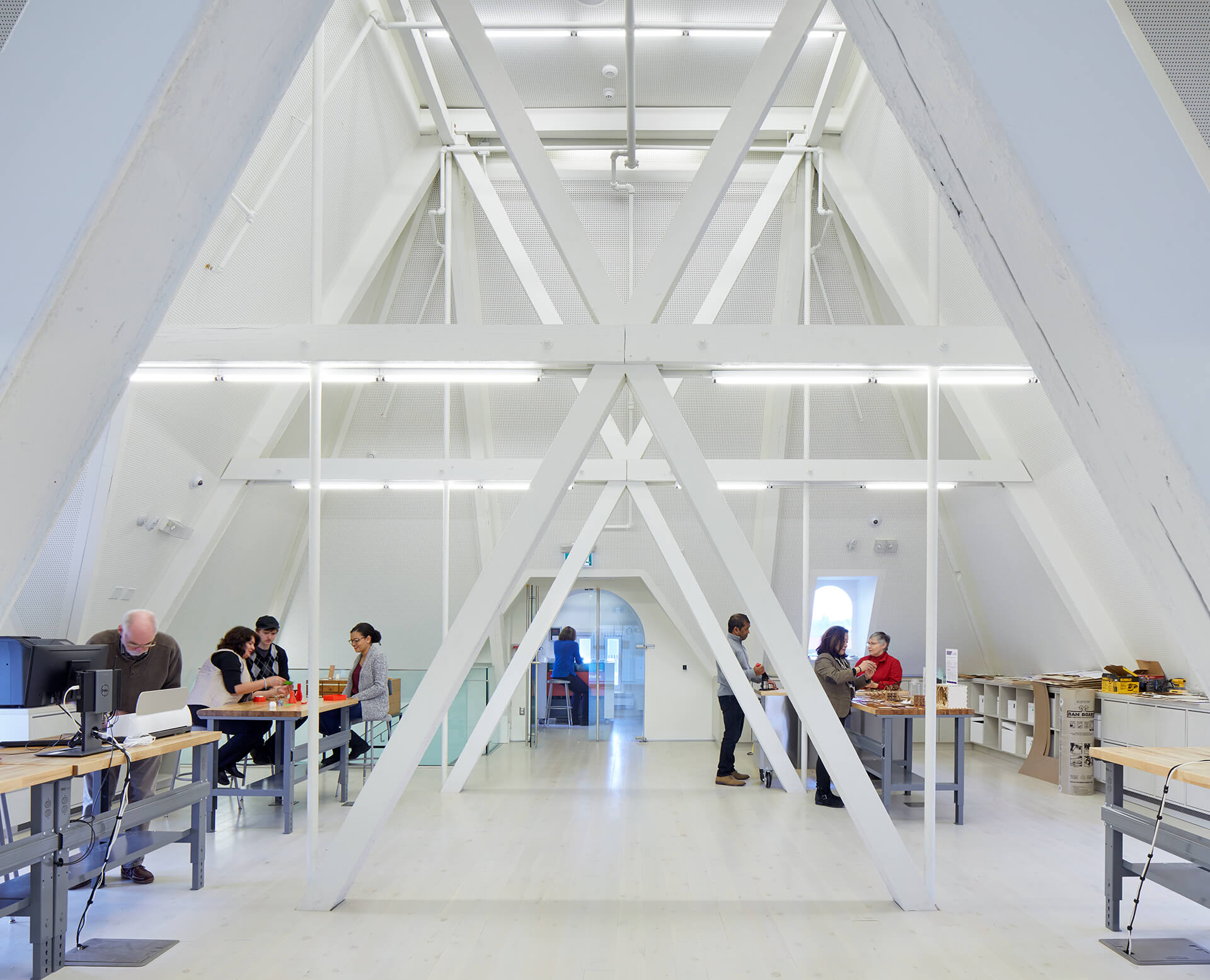 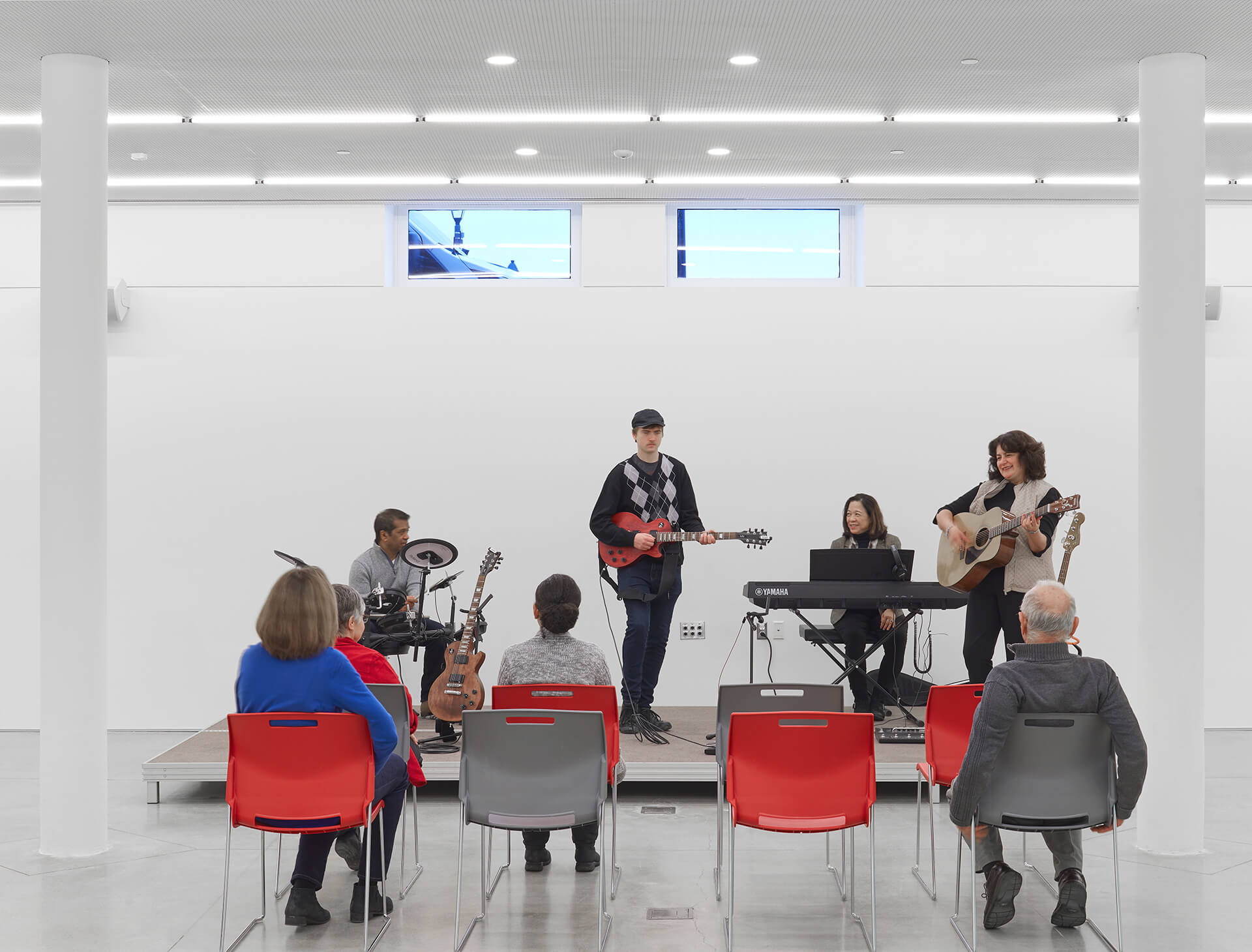 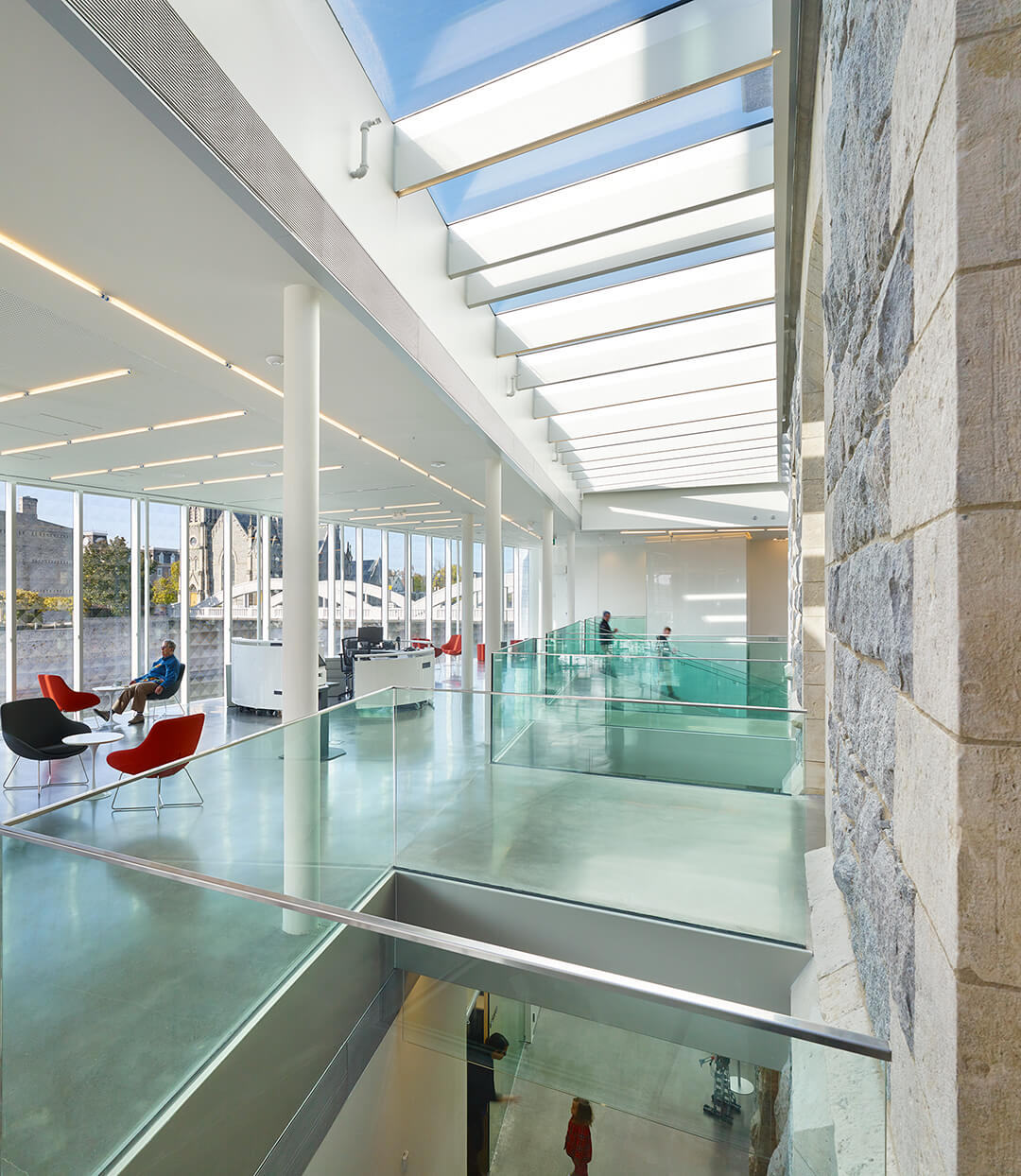 On the lower level of the library, those who make their way inside can benefit from a suite of studio spaces: there’s a black box theatre, film and audio recording suites, laptop dispensing and gaming areas. Musical instruments are freely available for performance. 'Garage bands' are a thing of the past, it seems. Upstairs, a children’s Discovery Centre is equipped with smart table, robot building kits and built-in feature walls installed with Lego, Lite Brite and magnets. In short, stimulation enough to peel little ones’ eyes away from screens for a moment or two.

Sold on the ‘bookless’ concept yet? We’re not even to the attic – or the rooftop. The first is an all-white studio for manual innovation. Here one can do everything from 3D printing to welding to sewing to woodworking. Those working inside can gaze up into the clock through a glass ceiling that reveals the weights and gears in action. To take five, visitors can walk out to the rooftop terrace that overlooks the river, or attend a lecture in the floating glass boardroom-come-teaching space.

Neighbouring the Idea Exchange Old Post Office on Water Street is a stately, brick-built Carnegie library from the turn of the 20th century. There are two others in the area. Each classically styled edifice is a show of this community’s regard for the currency of knowledge and the value of ideas; RDHA’s work expresses the same message in a new vernacular, and makes the strongest possible case for such institutions’ continued relevance.