London-based firm pH+ designs a residential building that weaves itself into the urban fabric like a sensible sweater amidst a crowd of diverse architecture in the Mare Street Conservation Area for their client, NestEast. Considered an area worth preserving, the brick-clad Bayford Mews does just so, using its own specific tone and architectural language to preserve, enhance, and highlight the busy tapestry of retail and restaurants in the neighbourhood. 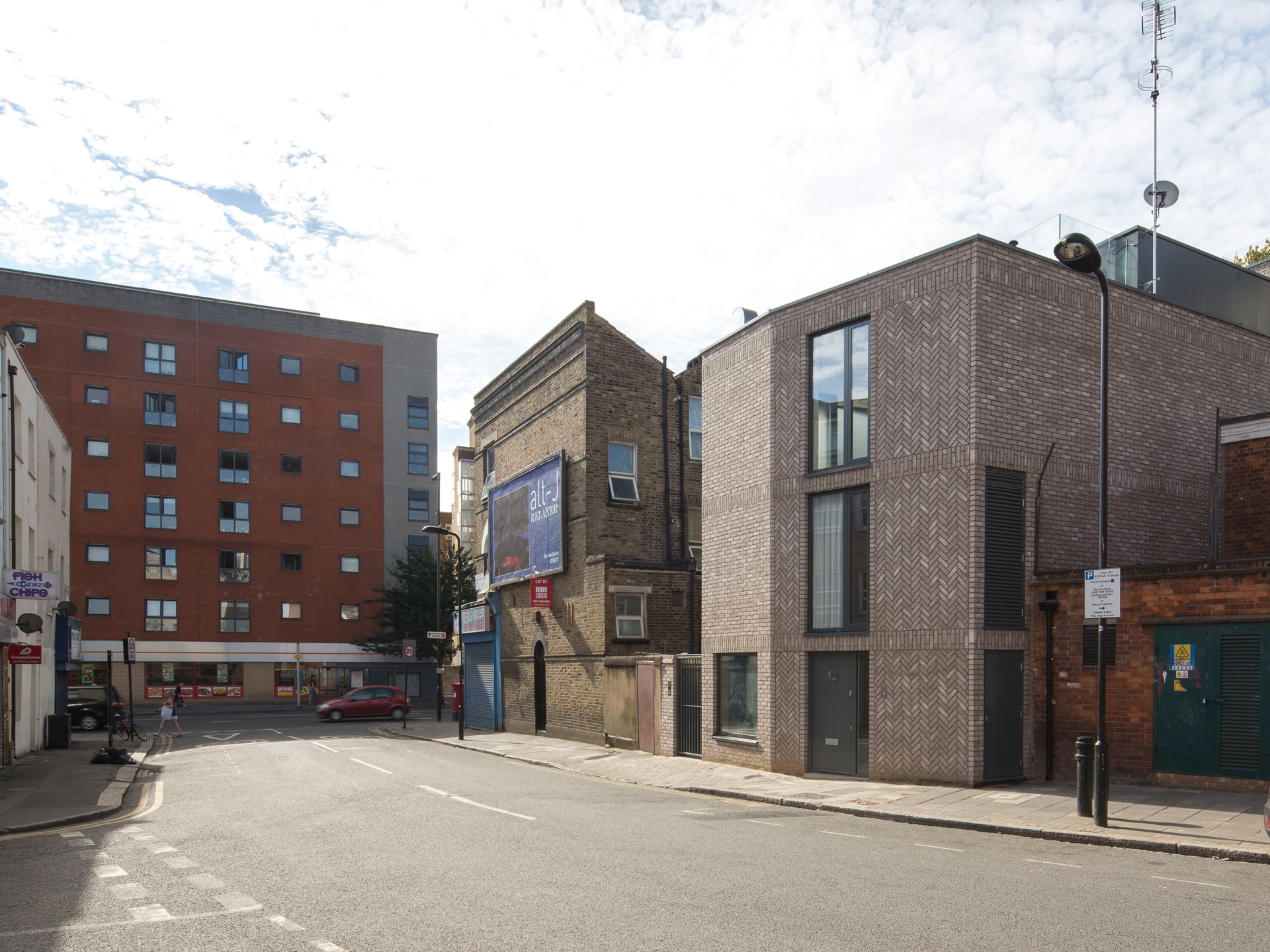 The original building that stood here dates back to the 19th century with conversions done in the 1980s. It suffered from a patched up architecture with cohesive interior design flown out of its dated windows. The newly completed Bayford Mews, albeit keeping some of its run-down heritage such as the basic form and materiality, gives the location a much-needed clean up. Eccentricity is toned down and replaced by order and ingenuity. 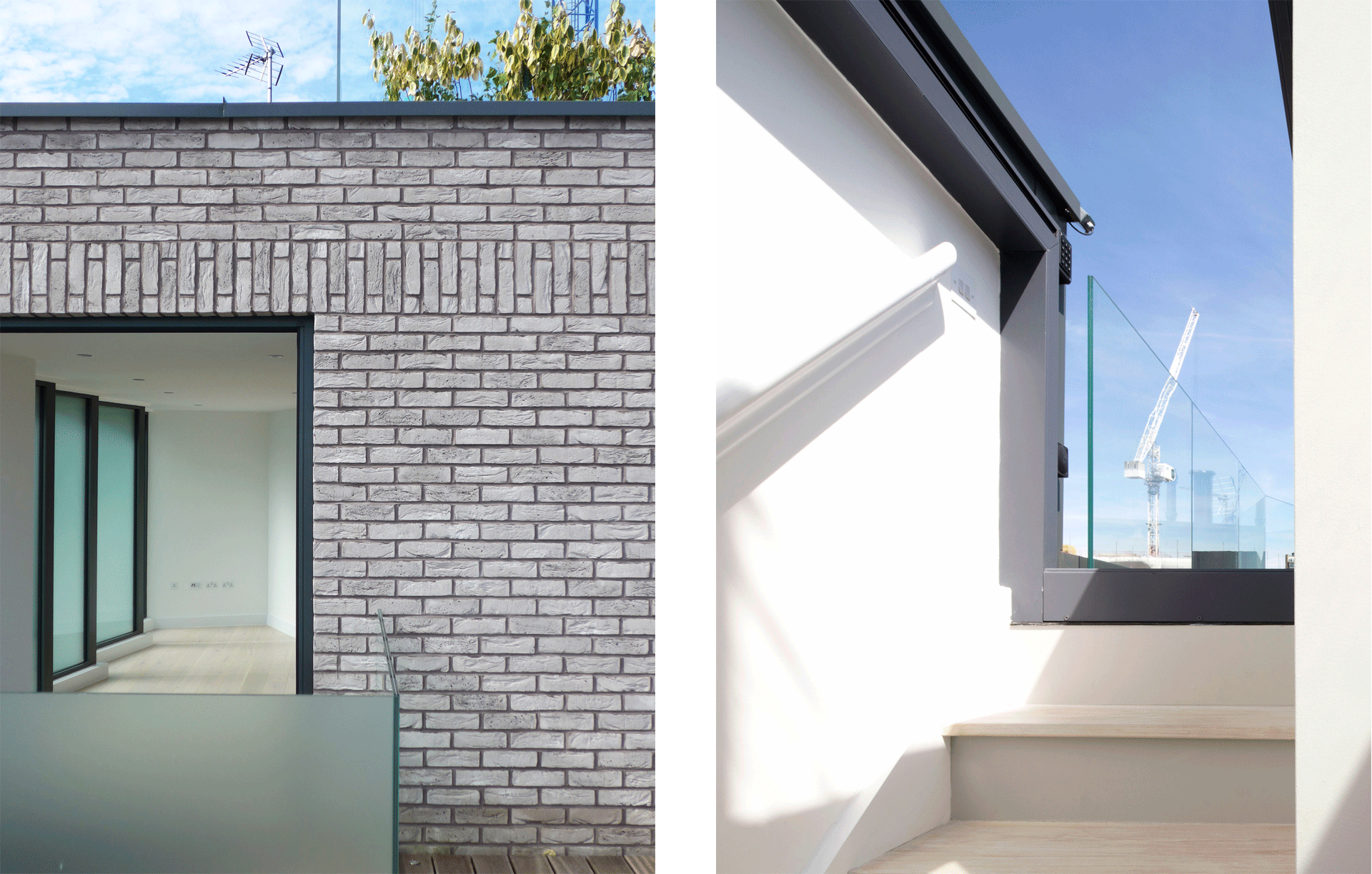 The development comprises three residential units with a commercial unit, distributed within a four storey building. The units are laid out vertically, resulting in each having individual entrances on the ground floor, giving way to the alleyway or directly on the street. They also all have access to private roof terraces.

The focus of creating a sense of dwelling was instrumental in the design where manipulation of light and privacy were key design constraints. ‘The part translucent part transparent saw tooth façade draws on and contributes to the language of its context whilst both opening and shielding views into and out of the new homes and creative work space the scheme delivers,’ explains Andy Puncher, director of pH+. 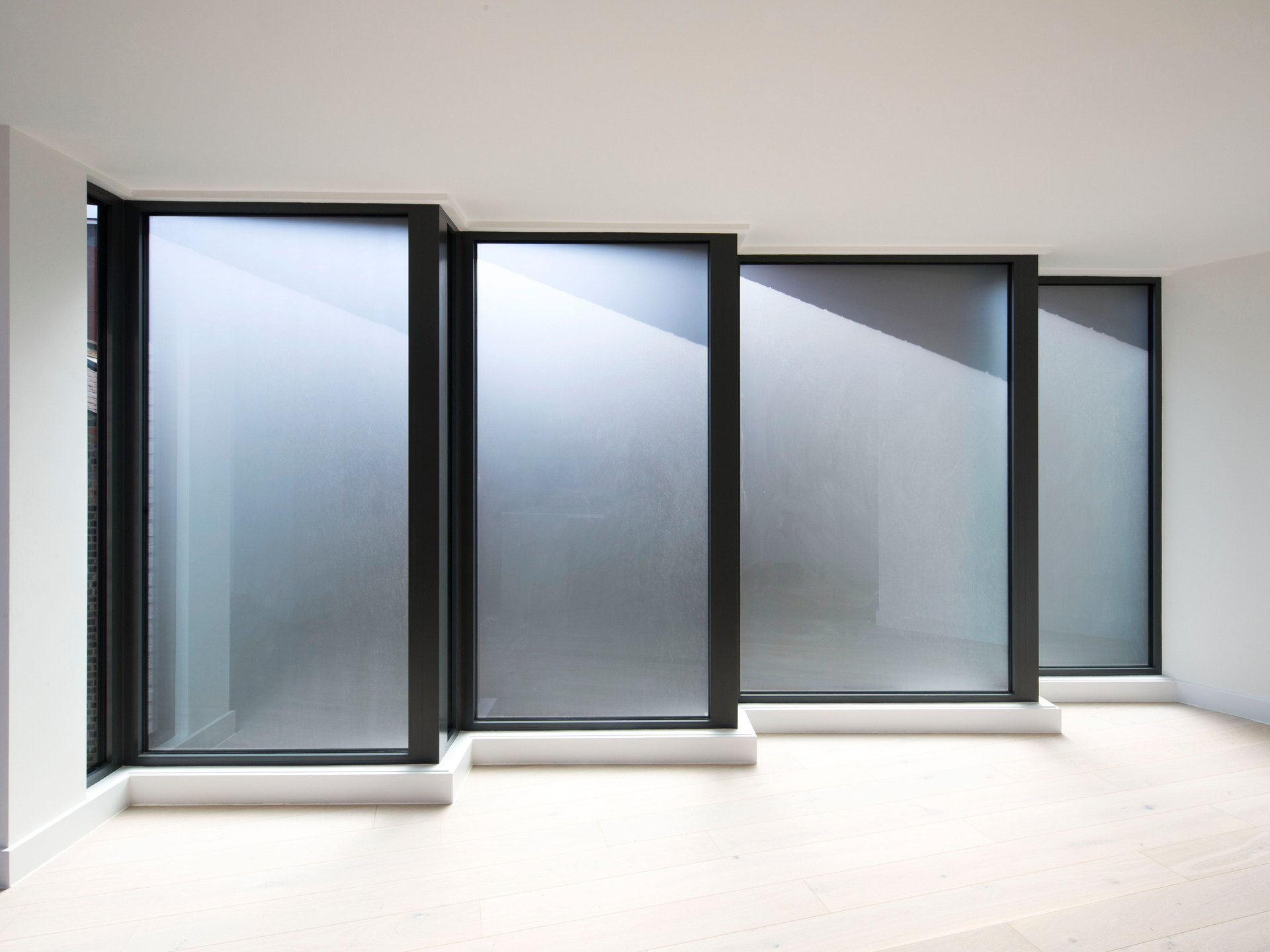 The mews display a richness in the simplicity of its flat fronted brick façade. Sandwiched between two other brick buildings, the new residence unifies the array of brick colours on the street by using a neutral and muted hue. The architects alternate brick courses to differentiate the different floors and façades, balancing between integrating the street’s architectural language and its own individual presence. Isn’t that exactly the type of integral ornamentation needed in ever-changing London? 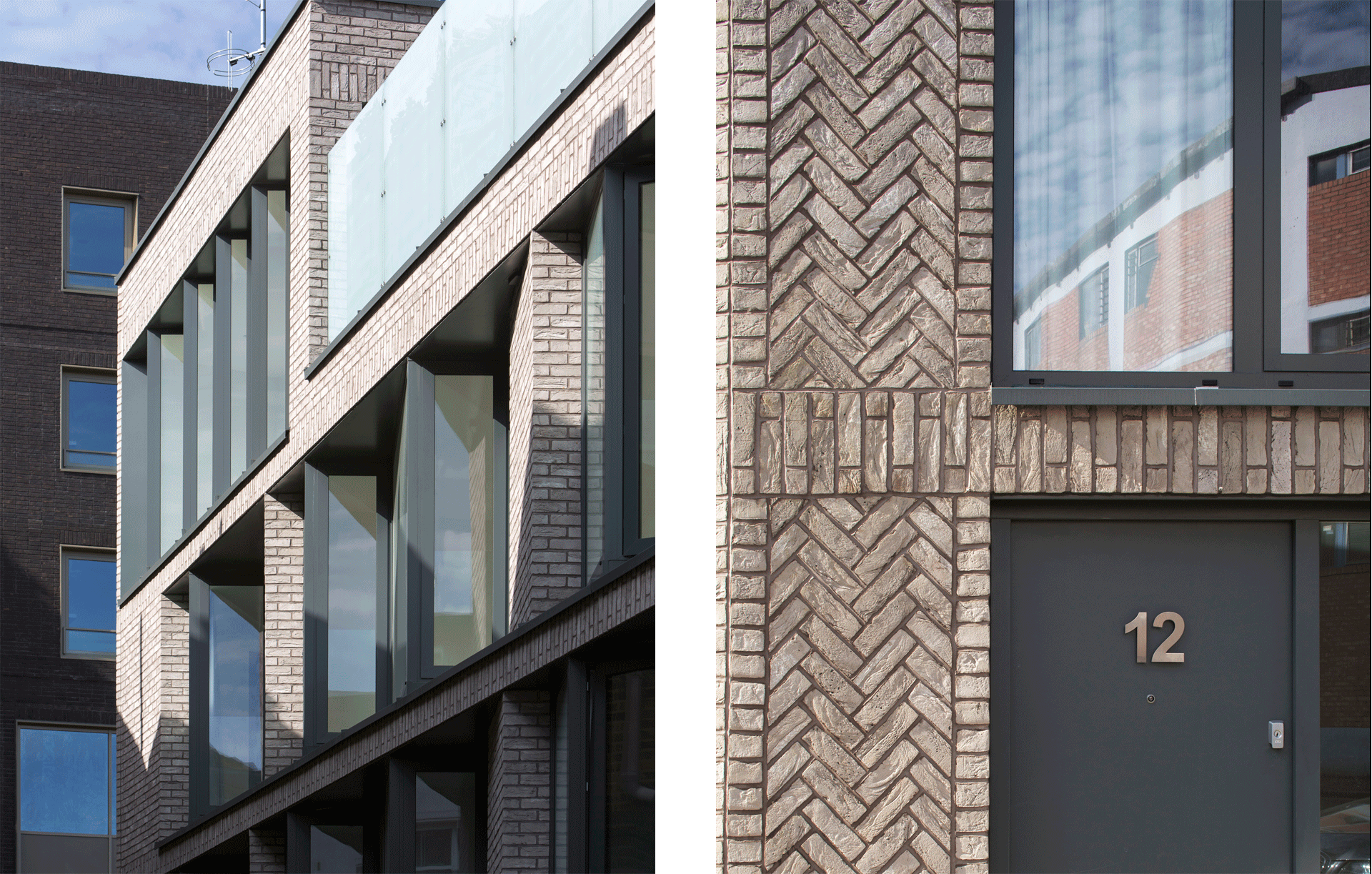