Can hotels ensure privacy in the world’s highest density neighbourhoods?

Hotel Far & Near Nanhao St. is a modern guesthouse that has risen up in the middle of Guangzhou’s old city centre, one of the most populated areas in China. Designed by Tokyo- and Shanghai-based firm Kooo Architects, the boutique hotel is the result of the renovation of a seven-storey building.

‘Due to the high density of buildings and the close distance between them, one was able to see the clothes drying on the neighbour’s balcony through the windows,’ explains Kojima Shinya, Kooo’s lead architect. ‘Therefore, how to make the visitors of the guesthouse not have this kind of visual interruption while enjoying abundant natural light became one of the major problems we had to solve.’ 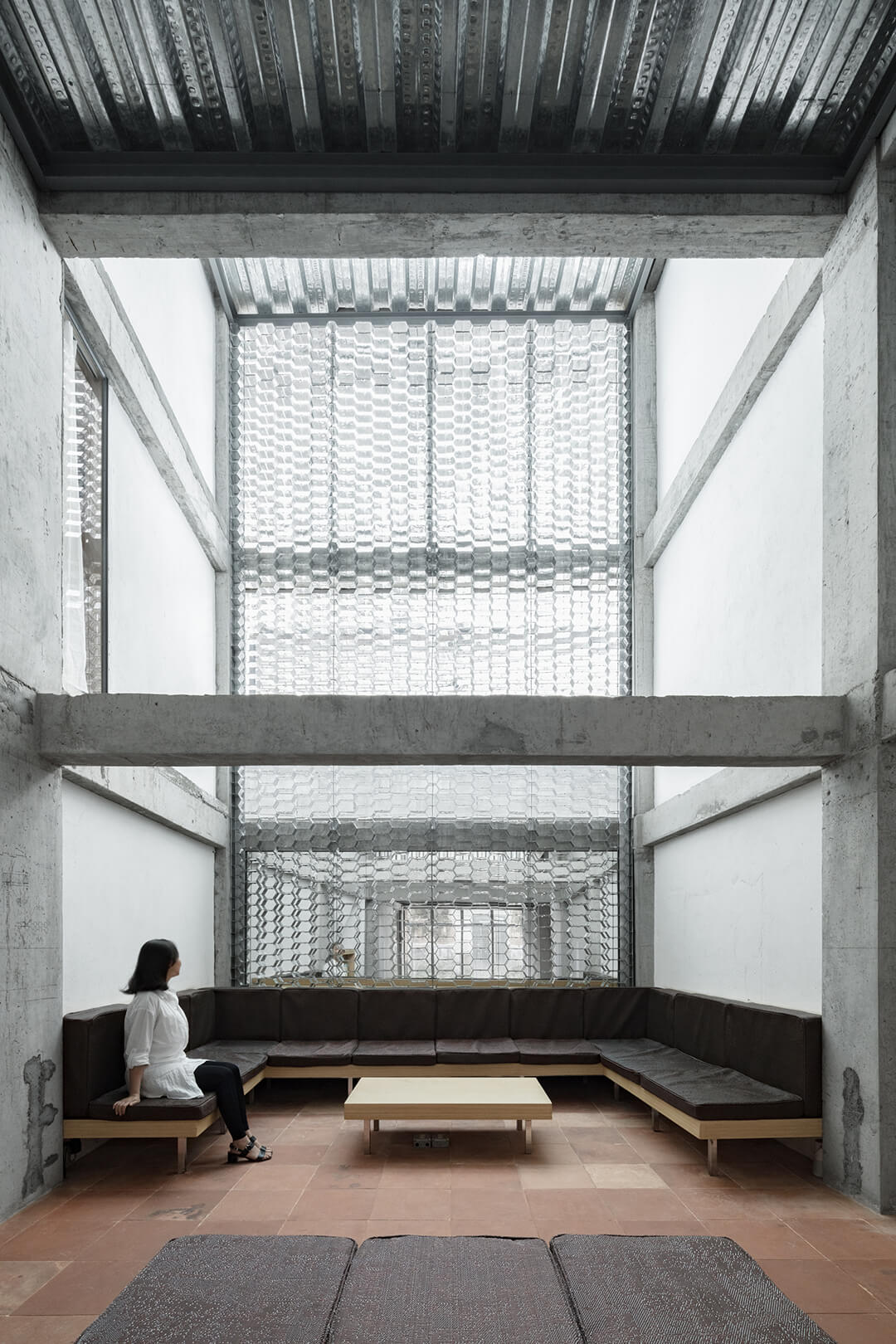 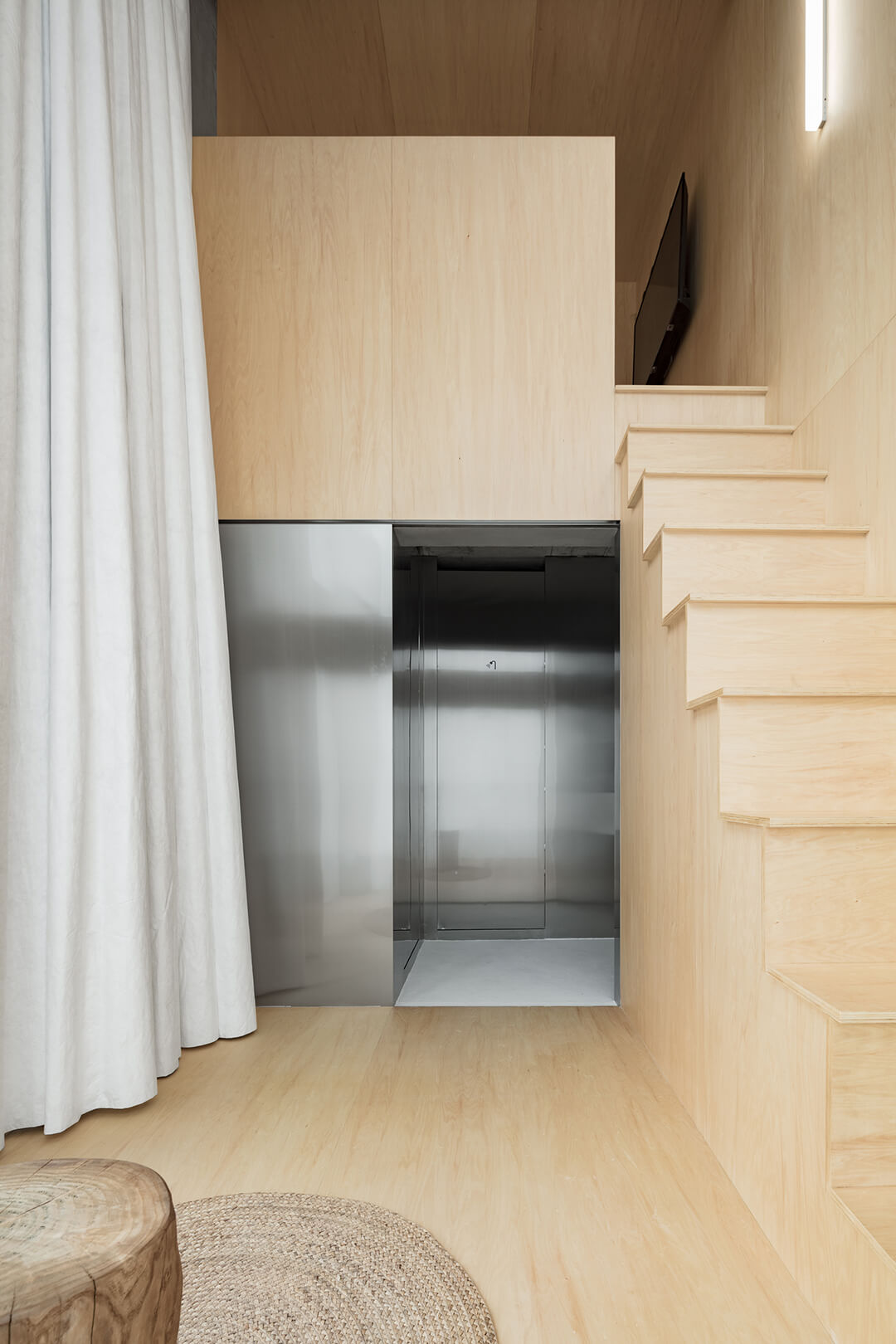 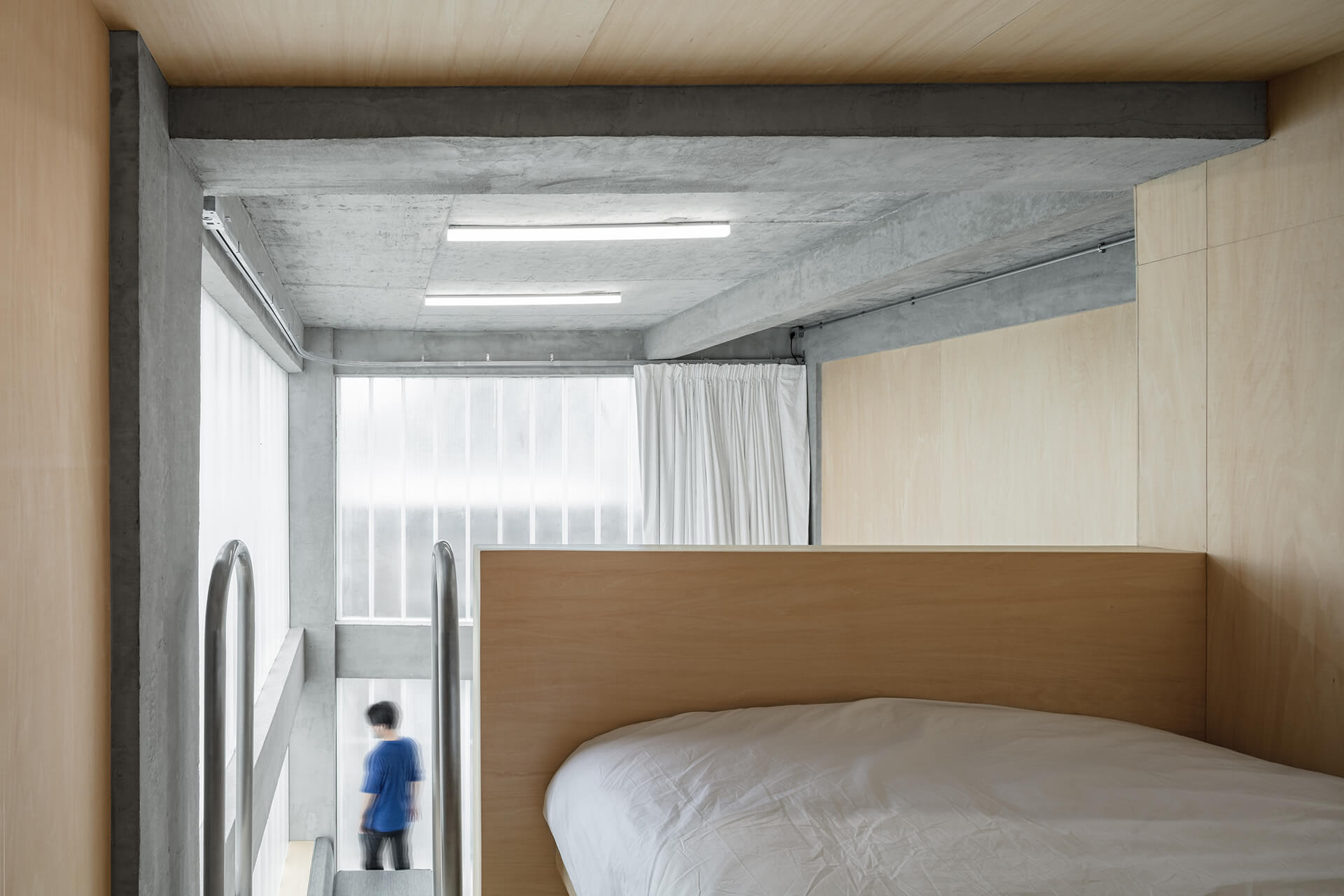 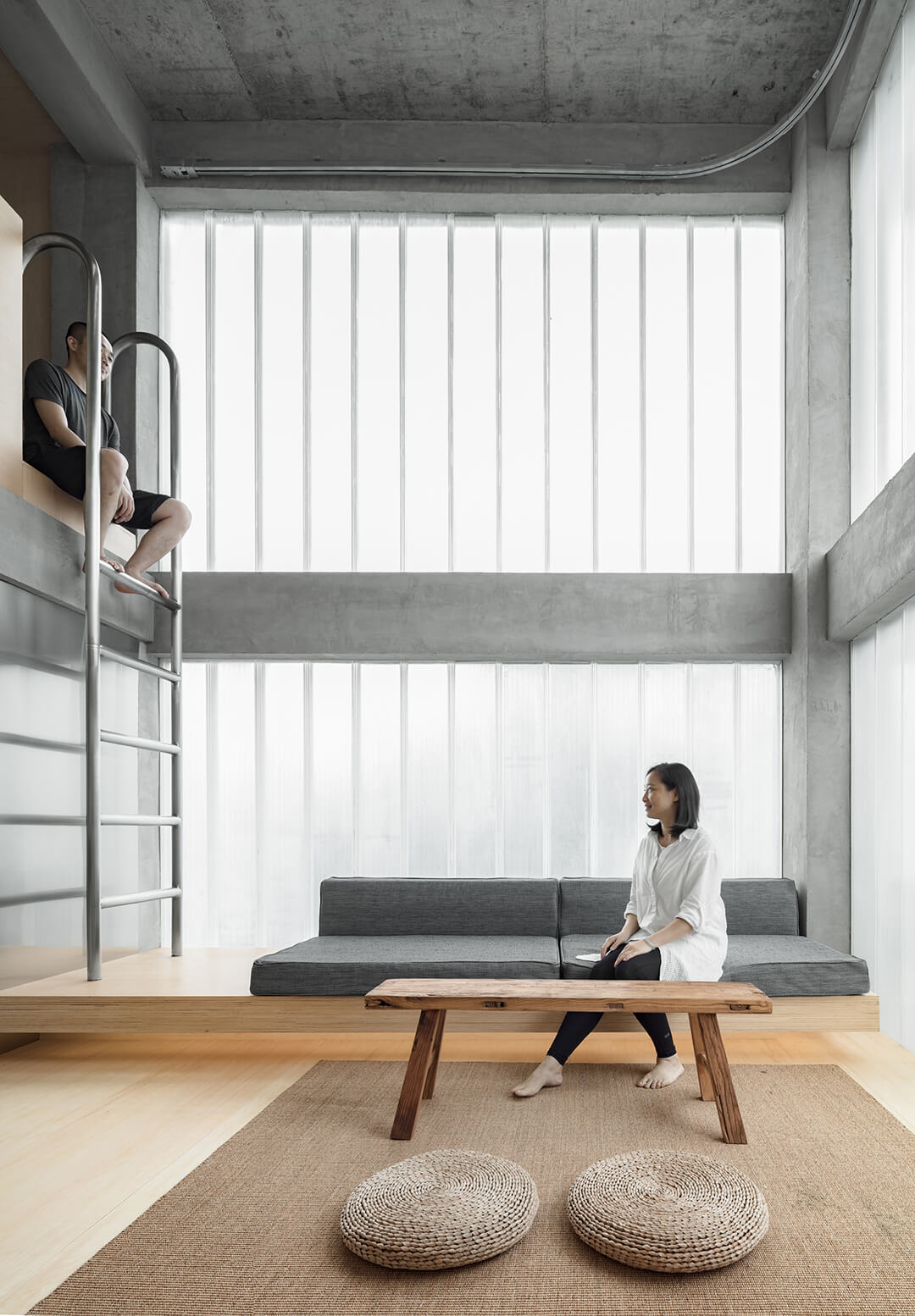 To keep the lively dynamic of neighbouring residences and green areas integrated within the building, the architects removed all coverings from the previous edifice, leaving the original structure to its bare concrete frame and allowing light to fill the rooms. Industrial frosted channel glass was installed in multiple places to make sure that decision didn’t come at the sacrifice of privacy.

Conceived as a continuation of the street, the lobby is paved with 120-mm-long steel strips and fronted with a façade built from the opaque glass. Upwards, standard floors are divided by a layout composed of four rooms. These private spaces are centred by double-height living rooms that are framed by frosted glass walls. Beyond acting as an in-room privacy measure, the walls also serve as insulation against the city’s subtropical climate.