Capsule hotels are gaining ground in Asia and beyond

Originating in Japan, capsule hotels respond to the lack of space in urban environments by offering tiny podlike units for sleeping. The price for one night generally ranges from €40 to €50, even in expensive cities like Tokyo. Cheaper than taking a taxi, they are often the last resort for city workers who linger at bars and, as a result, miss the last train home. Thanks to this association, capsule hotels used to be thought of as not only cheap but dirty. In the past, they were assigned a place at the bottom of the hotel hierarchy. Today, however, greater versatility in both ways of travel and the traveller’s expectations regarding accommodations has improved the reputation of the capsule hotel.

The projected growth of capsule hotels raises questions about the popularity of these lodgings. What has changed since the 1970s, when the hotel typology first appeared in Japan?

According to Forbes, ‘capsule hotels have expanded past Japan and have doubled down on other Asian metropolises.’ The article cites a 2017 report conducted by WiseGuy Research Consultants, which states that ‘the global capsule hotels market is valued at 159 million USD in 2016 and is expected to reach 226 million USD by the end of 2022, growing at a compound annual growth rate of 6.03 per cent.’ The projected growth of capsule hotels raises questions about the popularity of these lodgings. Wherein lies their attraction? And what has changed since the 1970s, when the hotel typology first appeared in Japan? 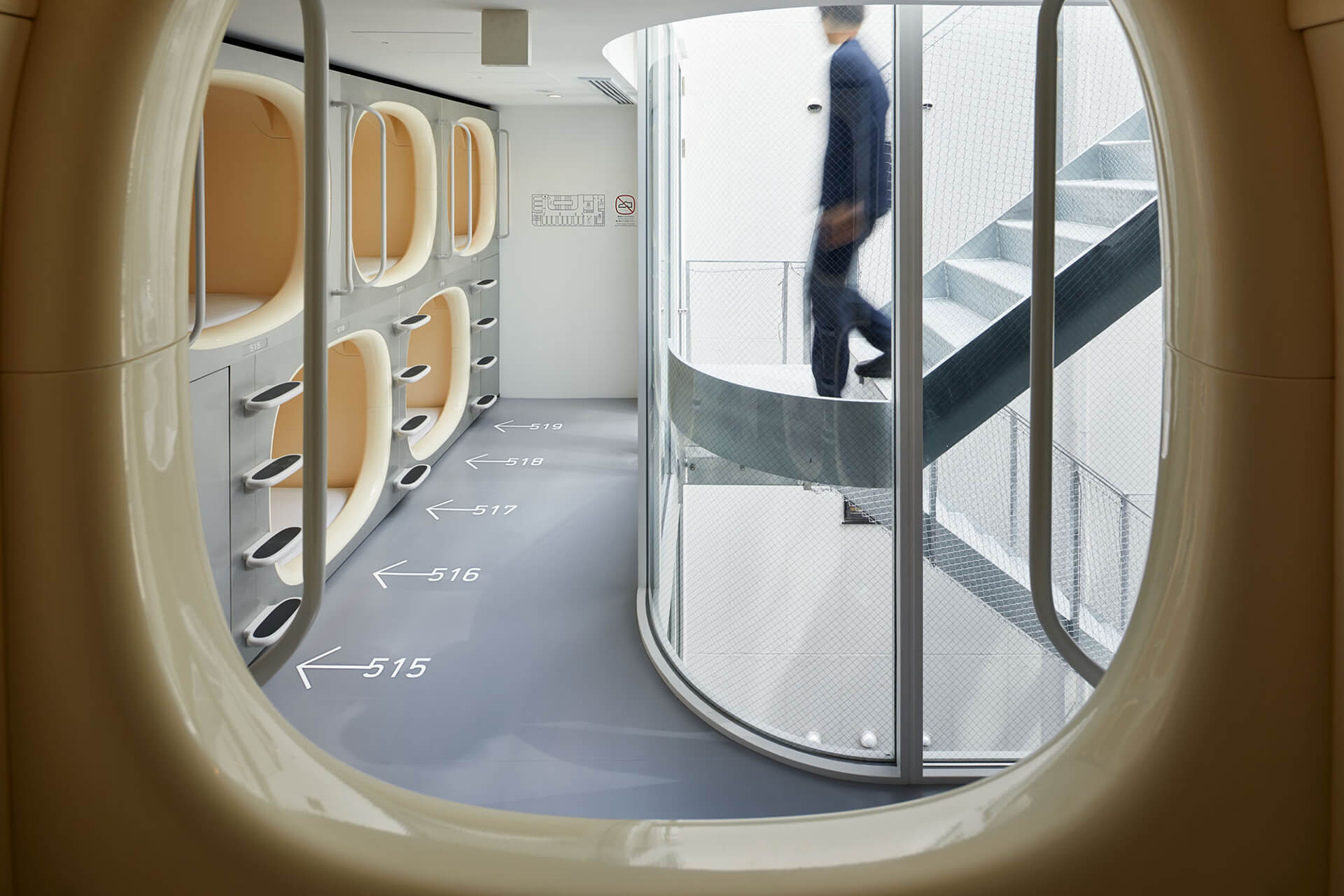 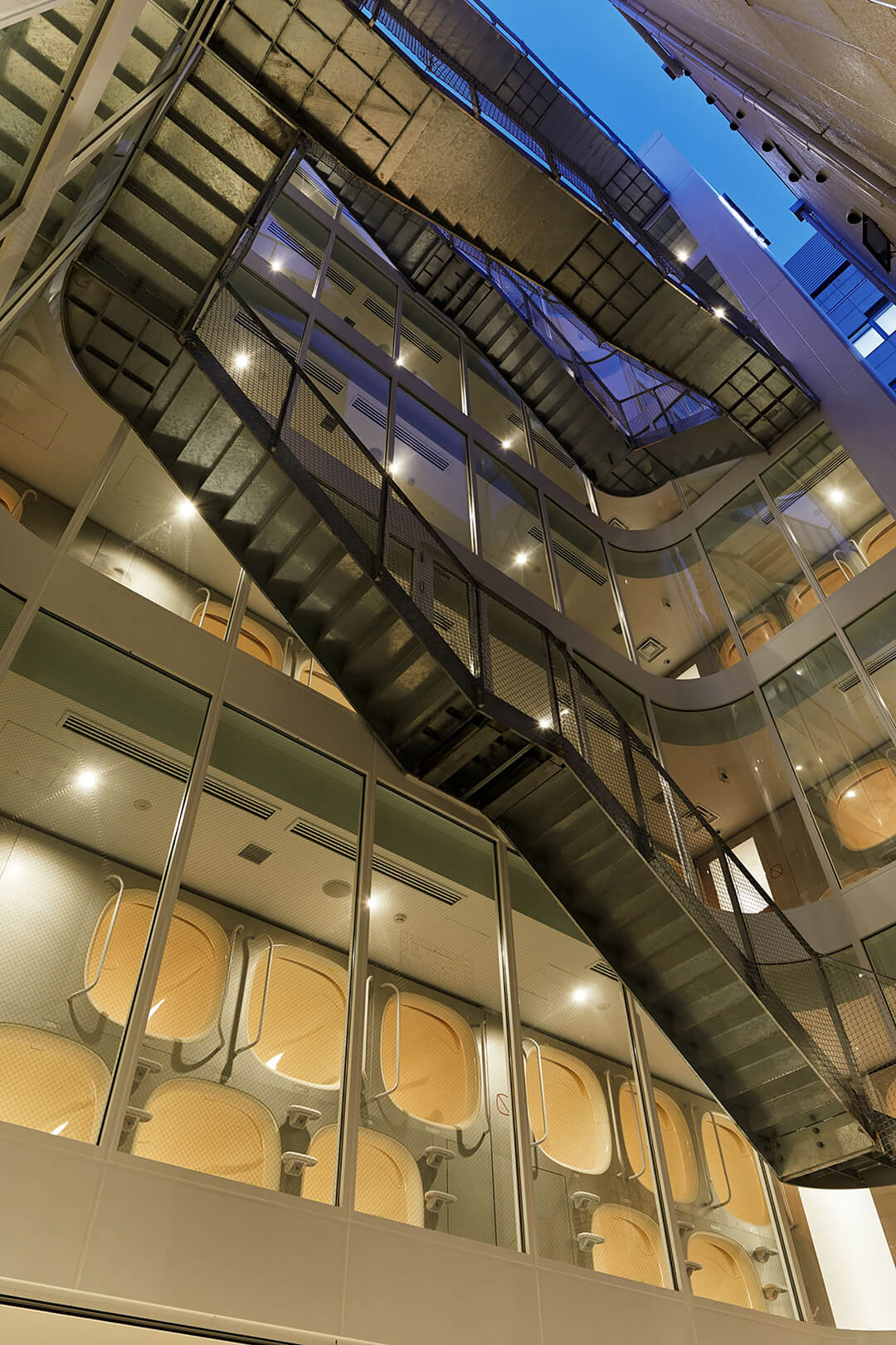 The answers can be found in the capsule hotel’s response to the evolving requirements of modern travellers. For a few, the hotel itself is their destination – the objective of the trip – but most travellers use their home-away-from-home only for relaxation and sleep. The rest of the time they’re exploring the city or conducting business. Consequently, space is less of a necessity. That’s where Japanese hotel chain Nine Hours (9h) comes in. Rather than fully equipped rooms, the brand’s capsule hotels provide high-quality sleeping pods and minimal necessities. This rational concept appeals to those who spend their money carefully and who prioritize the experience over an opulent accommodation.

At 9h, personal space is approximately 1 m high and 2.5 m long. ‘You can easily do without all kinds of extra amenities in your room,’ says 9h founder Keisuke Yui. A place to rest is the only function of the chain’s personal pods, and it’s the focus of attention. Deluxe bedding, for example, is sourced from Japanese purveyors. Other provisions – shower, toilet, minibar, safety locker – are part of the hotel’s communal spaces, which are also used for socializing. 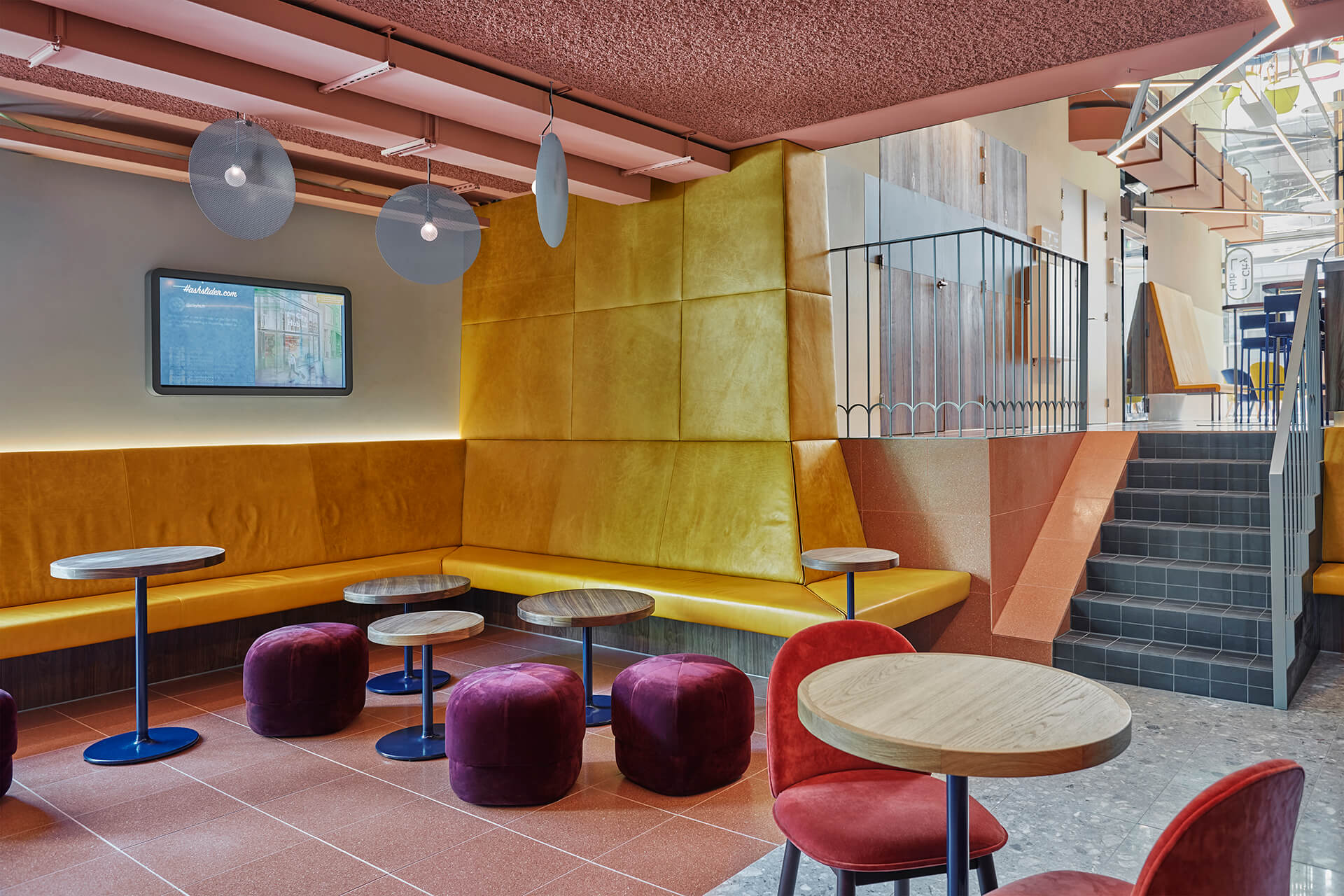 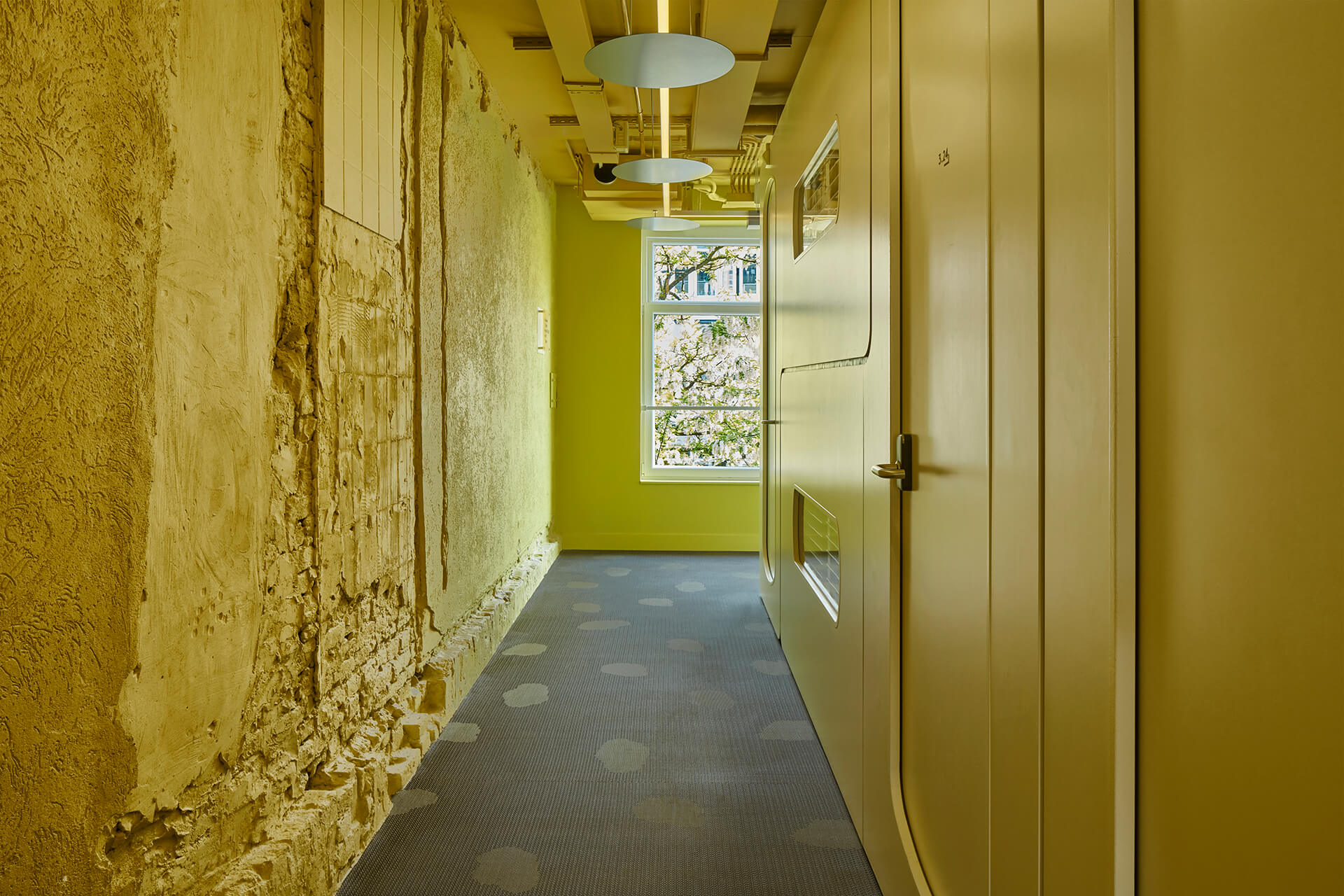 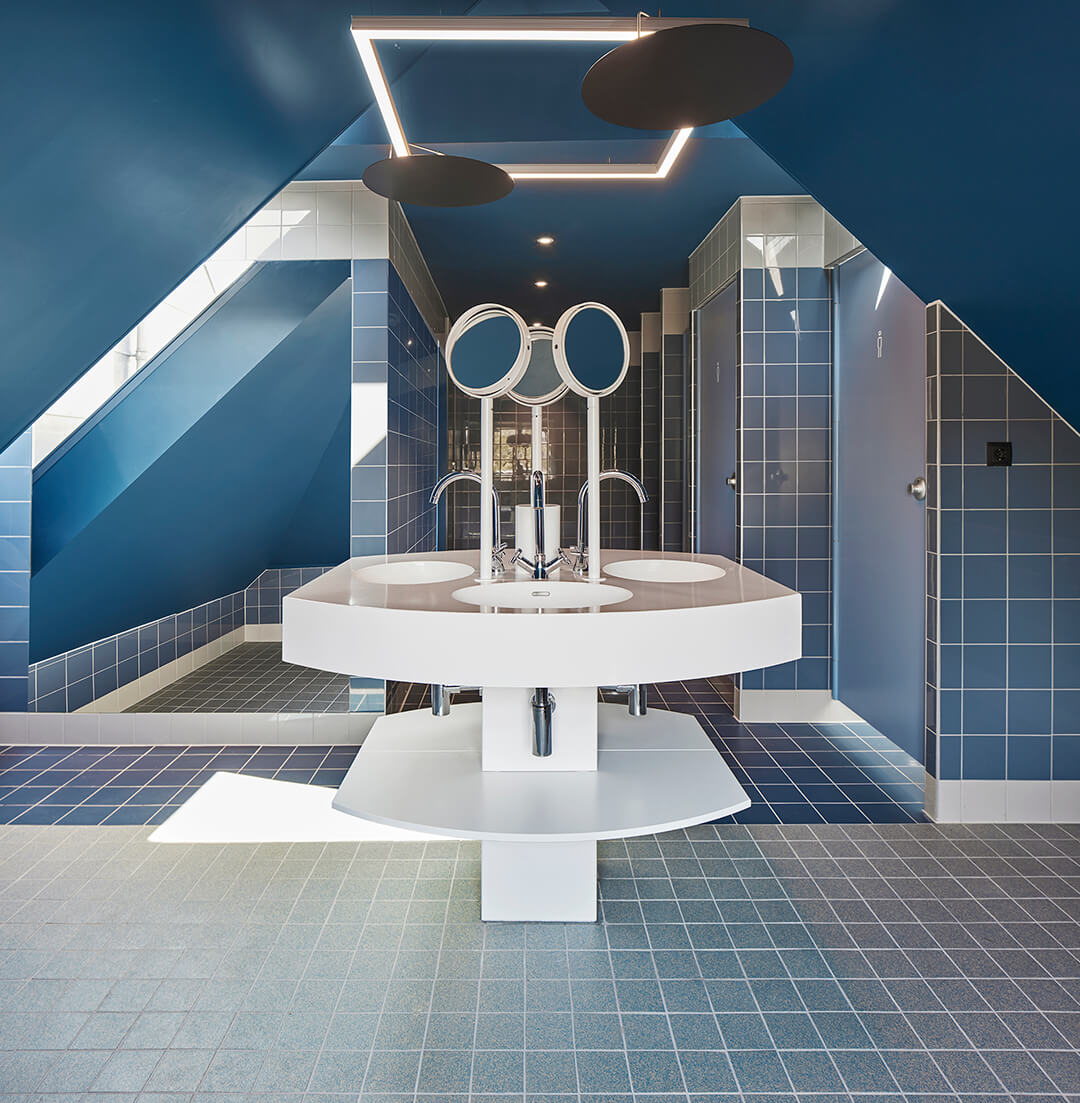 CityHub provides guests with RFID wristbands for use in accessing their hubs and paying for refreshments at the self-service bar. Photos by Maarten Willemstein.

Although the rise of capsule hotels might seem to be a strictly Asian affair, the phenomenon is reaching other parts of the world, too. Yotel, which operates mainly at large airports, is growing in prominence in Europe and the United States. And capsule hotel CityHub, founded in 2015, recently opened a second outlet in Rotterdam, preceding the upcoming introduction of four new international locations within the next two years.

Thanks to social fluidity, top-end services and value for money, today’s capsule hotels are experiencing a boom that seems unlikely to subside in the foreseeable future.