One of the fastest-growing theatrical movie markets in the world, China has reportedly beaten the United States when it comes to box-office revenue. But the first half of 2019 is showing a decline. As the number of theatres – and thus screens – in the country keeps rising, how should the typology of the cinema evolve to turn the tides? Architect Alexander Wong, responsible for over 20 built movie houses, thinks both the medium of the film, as well as the surroundings in which films are screened, are in need of an update. He paves the way with a movie theatre inspired by art galleries.

Alexander Wong, founder and director of the eponymous Hong Kong and Shenzhen-based architecture office, pointed out that for the first time in years the growth rate of movie ticket sales in China is going down. His statement is backed up by recent reports by Asian cinema consultancy Artisan Gateway stating that China’s total box office fell 2.8 per cent in the first half of 2019, a decline not seen since 2011. The fall coincides with – and is partly masked by – a rise in the number of screenings and ticket prices. Interestingly enough, movie theatres are still being constructed, with the national total coming close to a staggering 65,000 screens.

So to remain relevant – or rather to reclaim its relevancy – how should the model of the cinema advance? Wong believes the answer is twofold. First of all, the product on offer – the film – needs to catch up with the times. ‘Cinema itself has somehow stopped developing as an art form,’ he explained. ‘There is a host of new branded technologies to entertain the cinemagoers – from China Giant Screen (CGS) with 3D capabilities (like IMAX) to Dolby Atmos surround sound systems and 4DX augmentation – but the films being produced by Hollywood Studios focus too much on intellectual property, rather than innovation in terms of narrative.’ 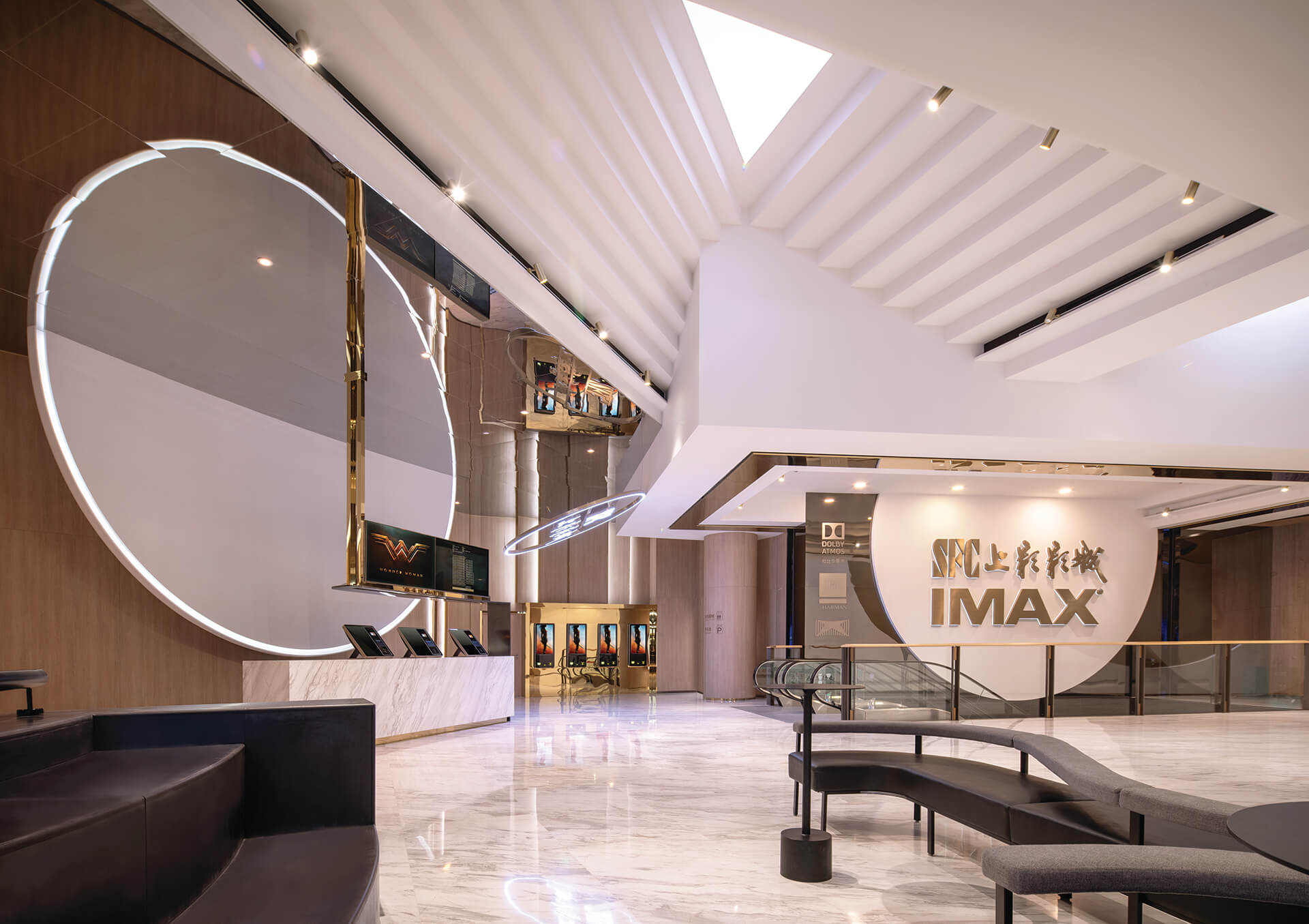 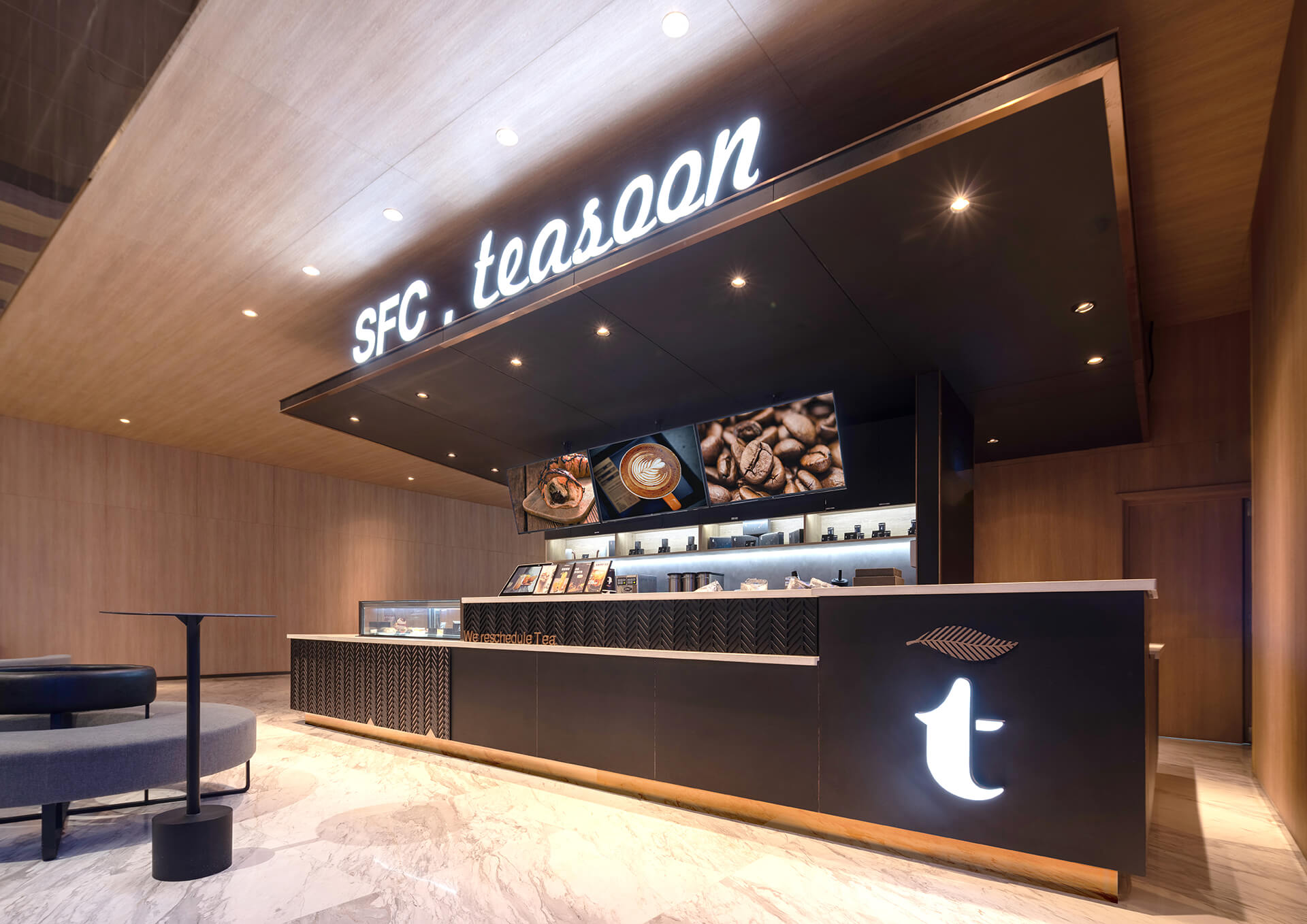 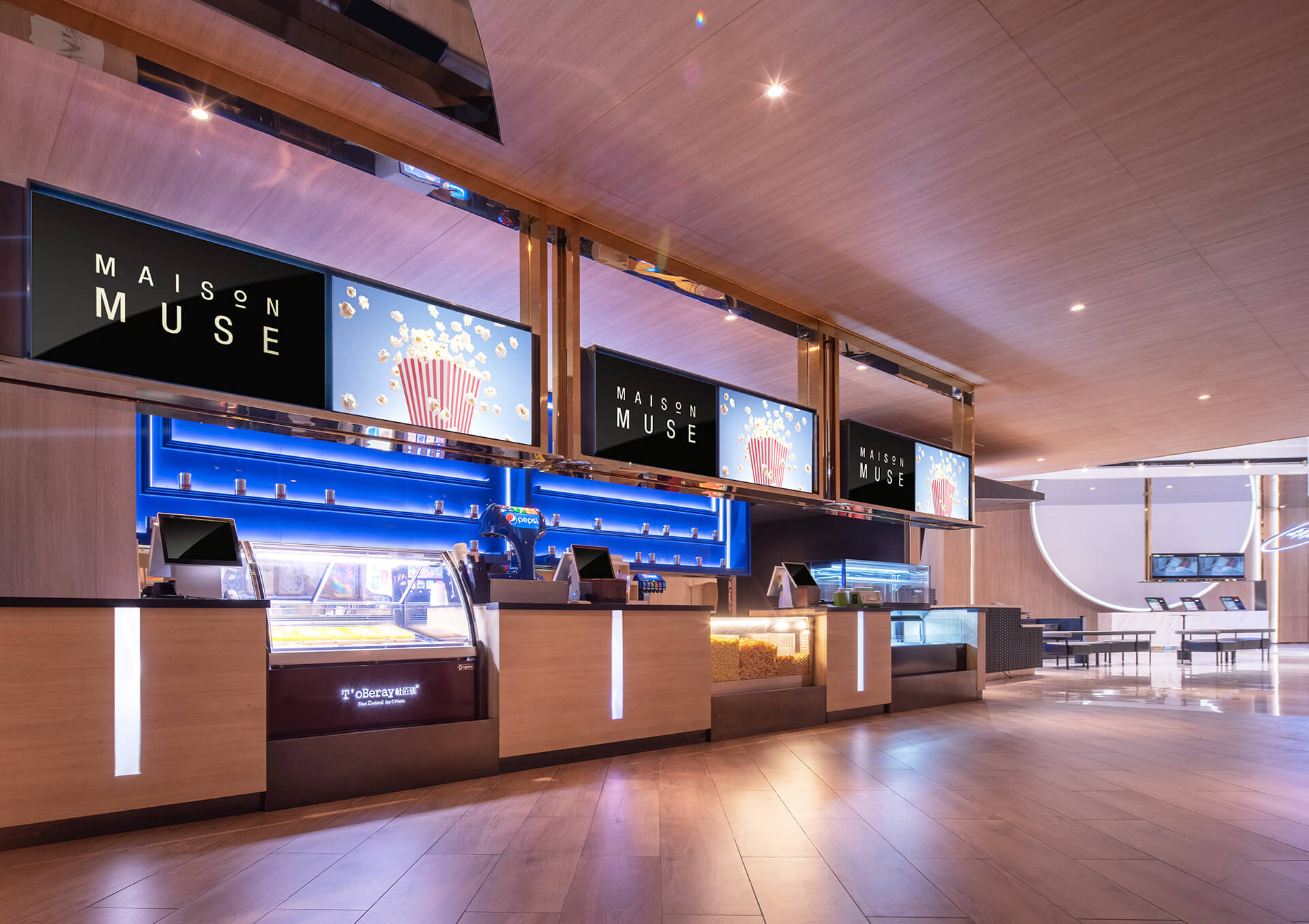 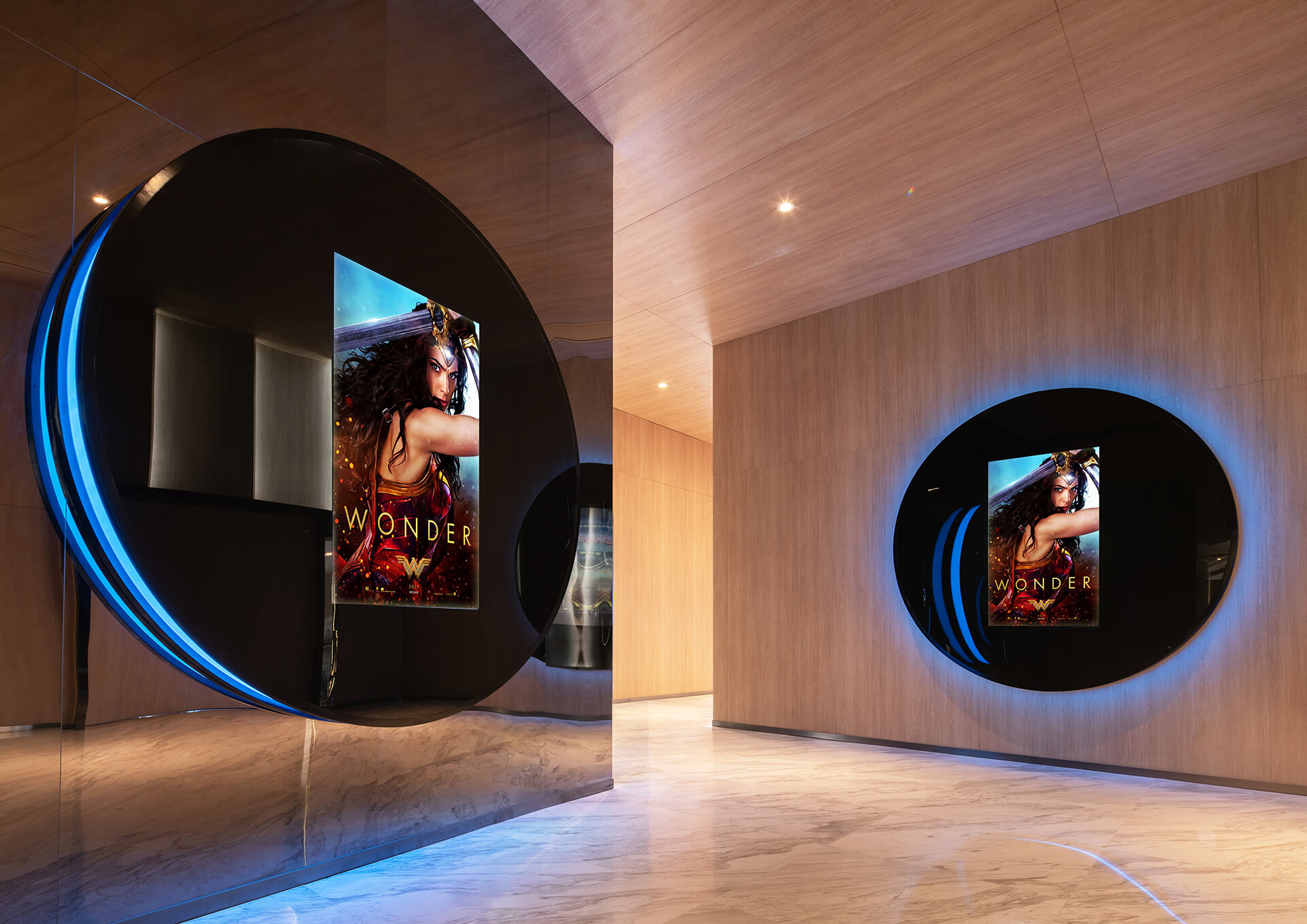 When it comes to storytelling, he says, Hollywood is outclassed by contemporary media service providers. ‘Netflix featured Black Mirror: Bandersnatch, an interactive film with multiple outcomes. HBO in turn published murder mystery Mosaic, both as a television drama and an iOS/Android mobile app. The app allows users to choose from which perspective they view the plot, and discover all kinds of documents providing extra background information.’ Wong sees potential for such options to enter theatres: ‘Perhaps visitors could choose a movie’s ending democratically by pressing a few buttons on the armrest.’

But why would you, when on-demand streaming services allow you to do the exact same thing from the comfort of your own couch? In other – commonly used – words, is Netflix killing the cinema? Not necessarily. A study commissioned by the National Association of Theatre Owners  in the United States even shows a positive relationship between consuming streamed programmes and going out to see a movie. That doesn’t take away from the fact that cinemas need to transform, bringing us to Wong’s second answer to the question of how the model of the cinema should evolve: by improving its interiors. ‘Cinematic experiences are gradually becoming more commoditised, so it is essential to create a strong sense of community to ensure that visitors develop an attachment towards the premise,’ he said. ‘Most movie theatres are “busy-looking” in terms of design, bombarding visitors with visual input and – as a result – numbing them psychologically even before the film begins.’ 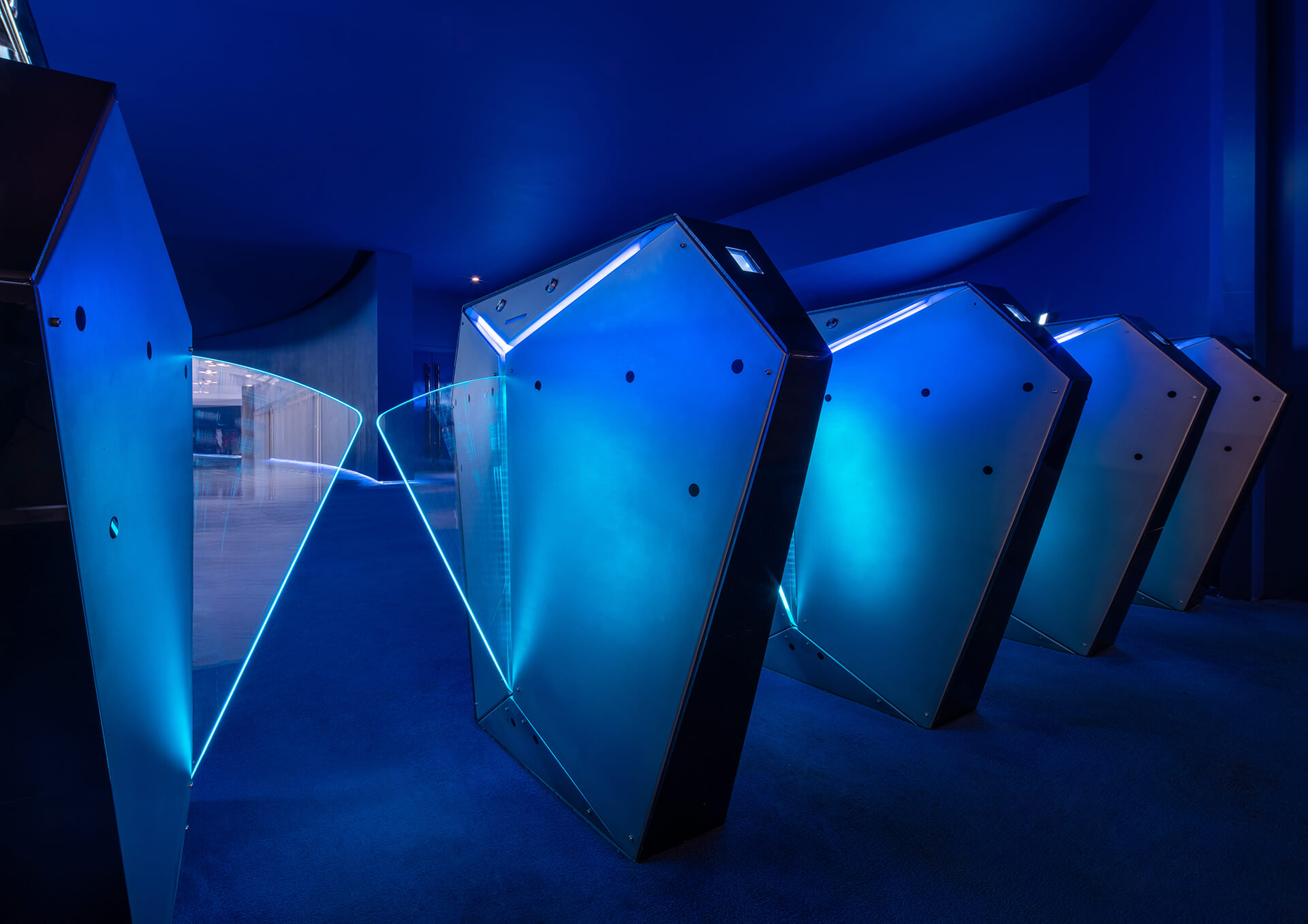 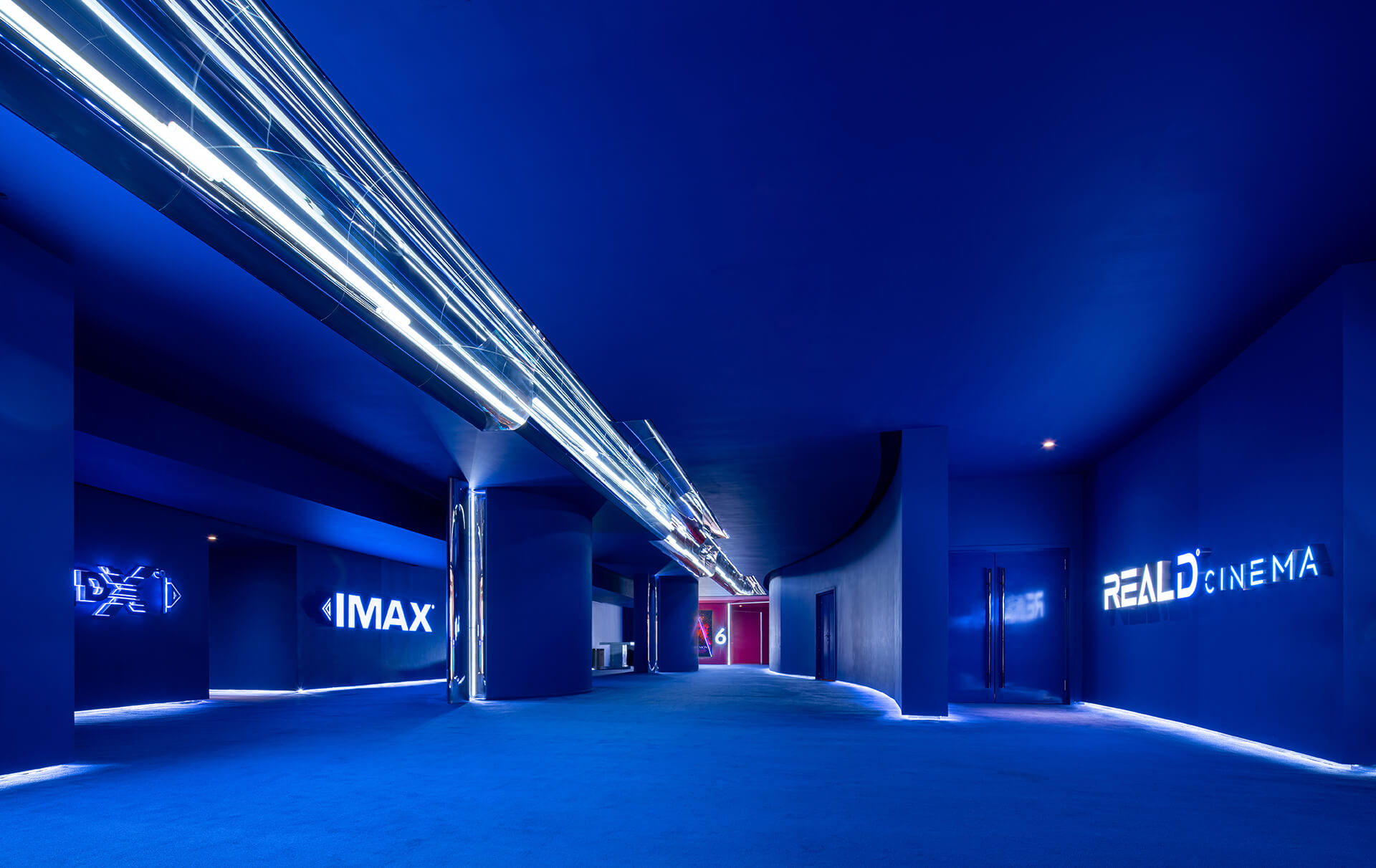 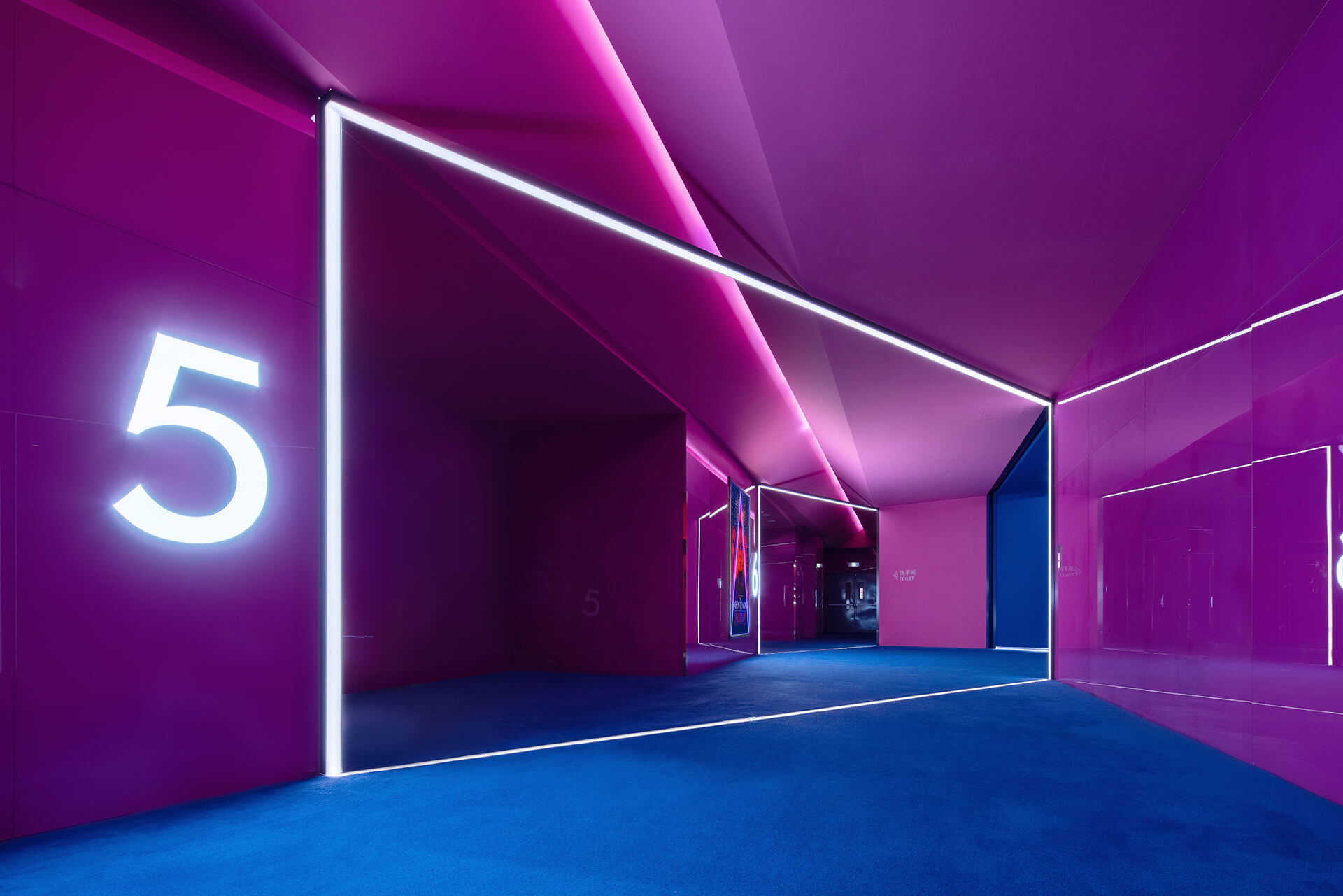 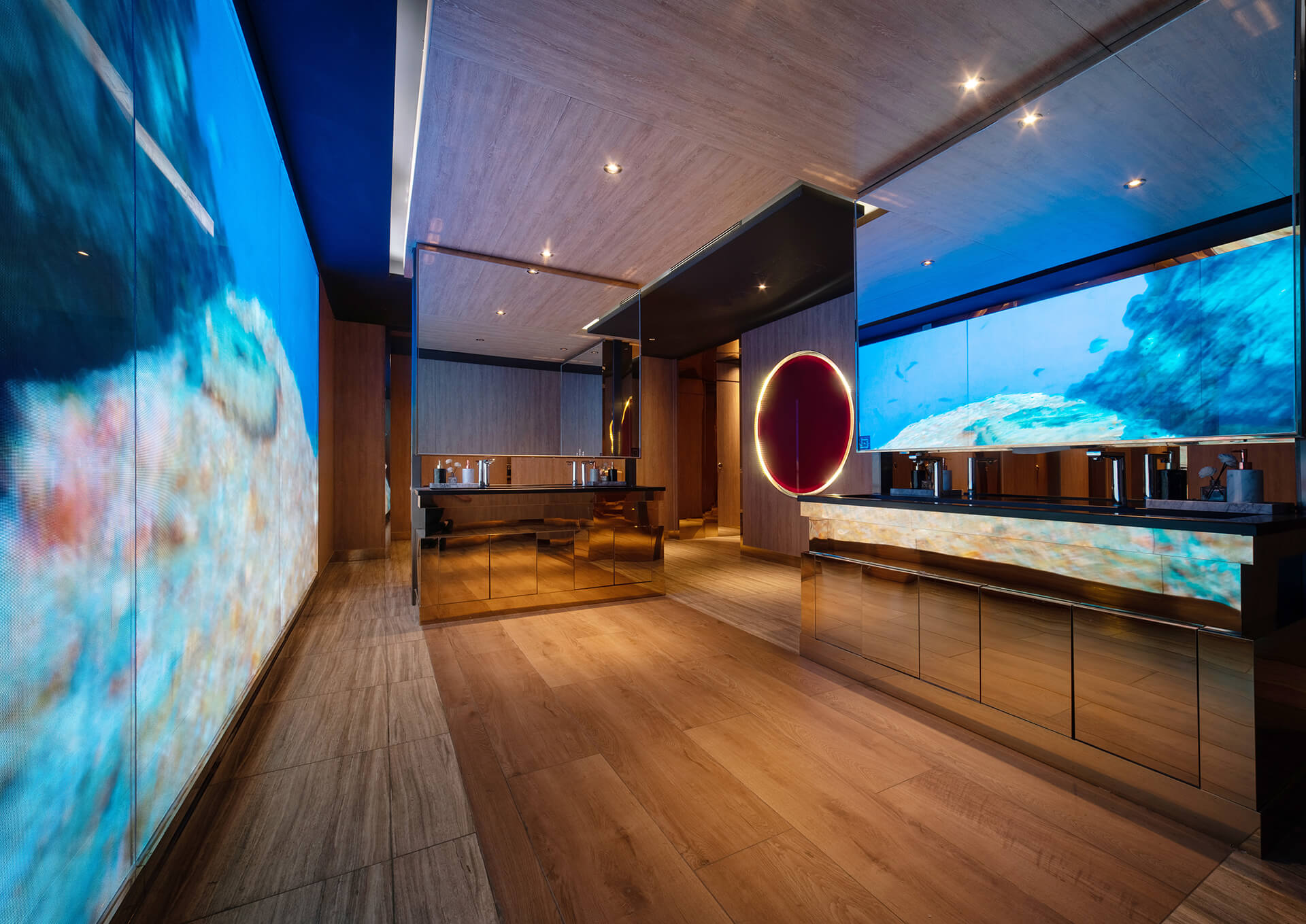 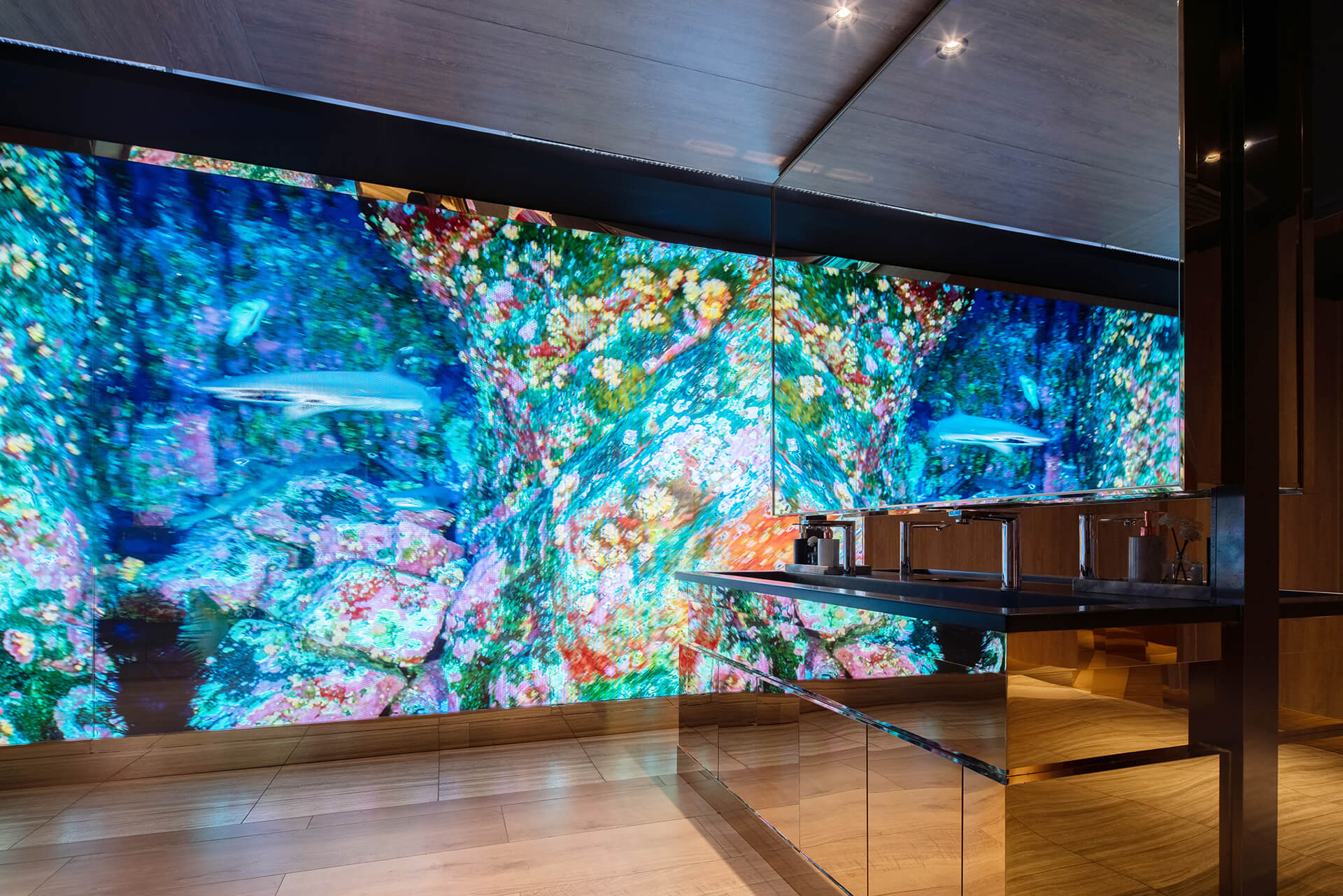 This is not the case at Maison Muse, a recent addition to Wong’s cinema-rich portfolio. In designing the Shanghai venue, his team took inspiration from the spatial qualities of art galleries and museums, where the architecture doesn’t overpower the product on show. ‘We created a purer, more artistic space to calm visitors down and purify their minds before seeing the movie, explained Wong.’ For the material selection, the team took inspiration from the art gallery, too.

The main lobby with the cash register and café, as well as the corridor leading to screening rooms 9 and 10, feature white stone, wood and glass. Counterbalancing these calmer areas, and symbolising the emotional and passionate side of artistic and avant-garde films, are spaces dominated by ultraviolet blues and shocking fuchsia. Inspired by the lens of a movie camera, circular elements are a recurring theme in the interior – from the electronic poster boxes to the signage elements. But perhaps the most interesting area is what Wong refers to as the Skyfall Restrooms. Here, giant LED screens surround visitors with ‘extremely sensual videos of underwater lifeforms.’

While Maison Muse shows how taking a cue from the gallery format could help ‘soothe’ the cinema experience, Wong and his team expect that more transformational changes are bound to occur. ‘China is a country of incredible resourcefulness and we believe cinemas in China will gradually transform themselves to become eGame and eSports meccas with completely new functions and identities.’

THE TAKEAWAY
To stand out in China’s oversaturated market and compete with on-demand streaming services, cinemas need to innovate both their product and their venues. Adopting design cues from cultural institutions such as art galleries can help create a distinctive atmosphere, one that simultaneously calms the visitor’s mind for the screening to come.