ROSKILDE – The new museum for rock, pop and youth culture is a building which stands out. Situated on top of an old warehouse of the former concrete factory Unicon, Ragnarock is part of a masterplan to transform the derelict site into a creative neighbourhood and symbol of rock music. The building gives architectural expression to what the town of Roskilde has represented since hosting its first music festival in 1971. 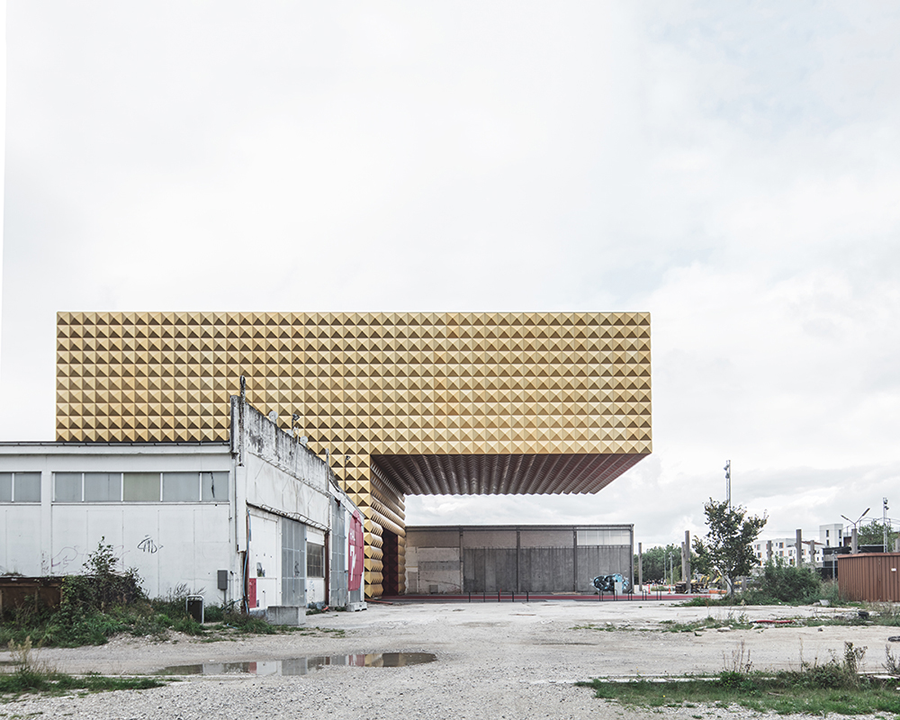 Clearly, the ambition is visible in the result. The extravagant structure compromises of an impressive 20-m long cantilever and an all-encompassing external and internal cladding, made entirely from large golden studs which reference both rock 'n’ roll music's rebellious roughness and the glamour of artists like David Bowie, Jimi Hendrix and Mick Jagger. 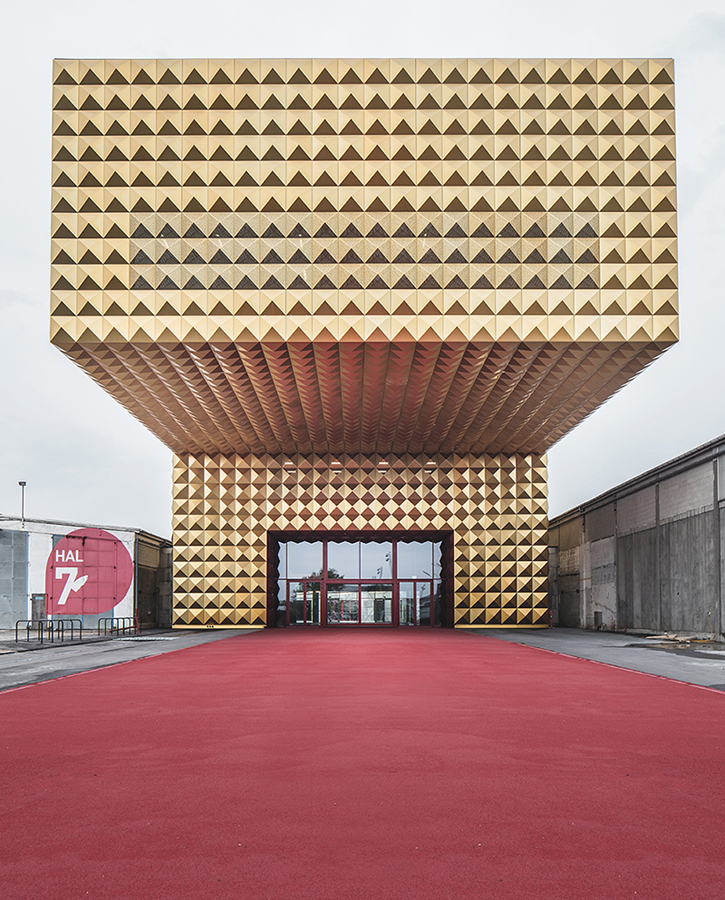 Analogously, visitors are guided towards the museum's entrance by a floor resembling a long red carpet – an elaborate intervention into the landscape which connects the museum to the rest of the site while making it stand out at the same time. The colour red, yet another reference, is used in combination with velvet throughout the interior and 'resembles the velvety inside of a guitar case', as Dan Stubbergaard, founder and creative director of COBE remarks. 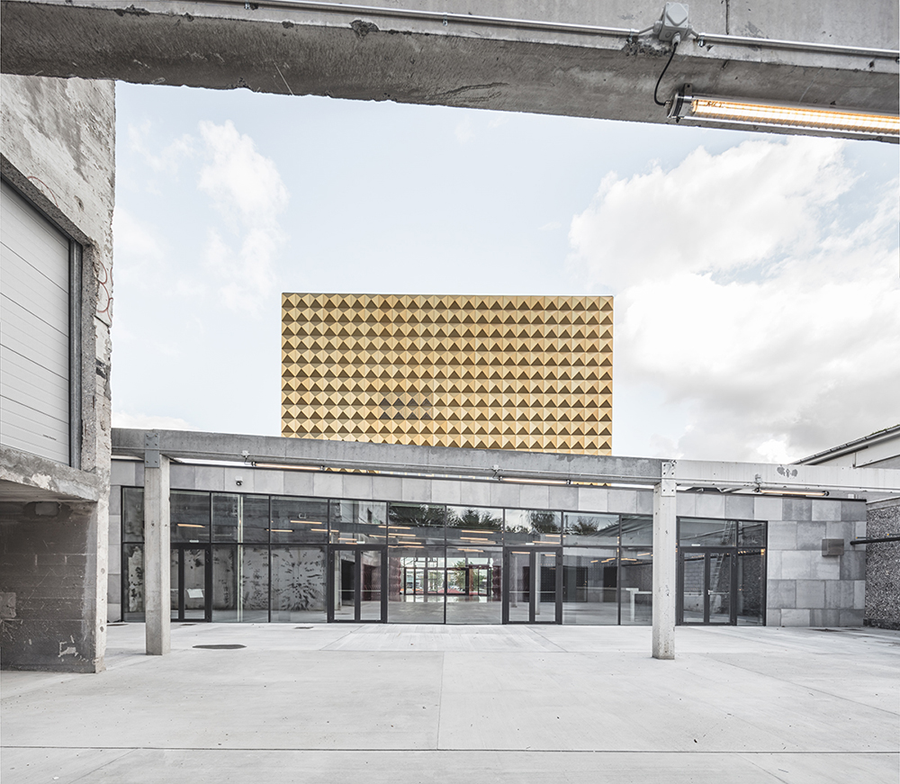 However, the museum will not stay the only outstanding sight on site. COBE and MVRDV continue their collaboration until the completion of the headquarters for Roskilde Festival and Roskilde Festival Folk High School. Just like Ragnarock, both buildings will be constructed as extensions on top of existing warehouses until 2018.