The lumen output emitted by Both Sides, Latvia’s biggest-ever dance and multimedia production, was of Olympic proportions. ‘About one-fourth of what it took for the opening ceremony of the Sochi games,’ according to the show’s stage designer, architect Didzis Jaunzems. On a 2000-sq-m video-projected stage, 450 of the country’s best dancers came together. Arena Riga, the venue in the capital where it was held, had never hosted anything like it.

Latvia invested 60 million euros in throwing a five-year-long cultural party to commemorate its centenary. Both Sides (Abas Malas), as it’s seen here, was the result of a competition held by the Latvian National Centre of Culture four years ago for a dance production to be spearheaded by the institution and noted film producer Daiga Livcane. Its brief to the contestants? Express Latvian history through the scenography. But they never specified that it had to include multimedia – or that it had to be done on the scale that it was.

Because a production project at this level had not been achieved yet nationally, every day was a matter of innovation for stage designer Didzis Jaunzems, stage directors Roberts Rubins and Juris Jonelis. Multimedia designer Maris Kalve and light director Normunds Blasans had their work cut out for them: each centimetre of the plywood stage, built by Arnis Vatašs, was to be covered by video projections. But getting there posed a problem. In all of the Baltic States combined, there weren’t enough of the necessary projectors to facilitate the project – 27 were needed. So the equipment was rented from other European countries, such as the Netherlands. 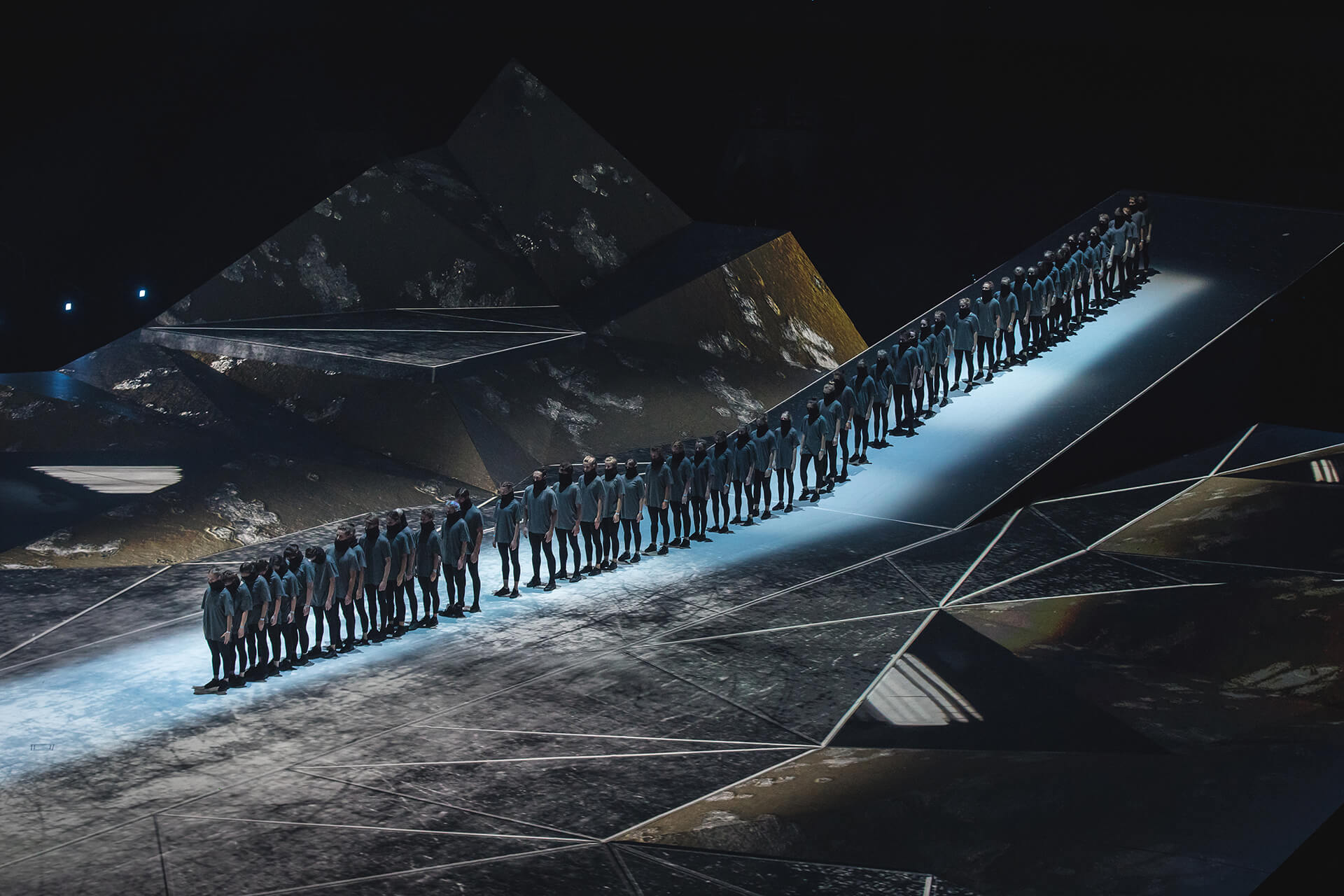 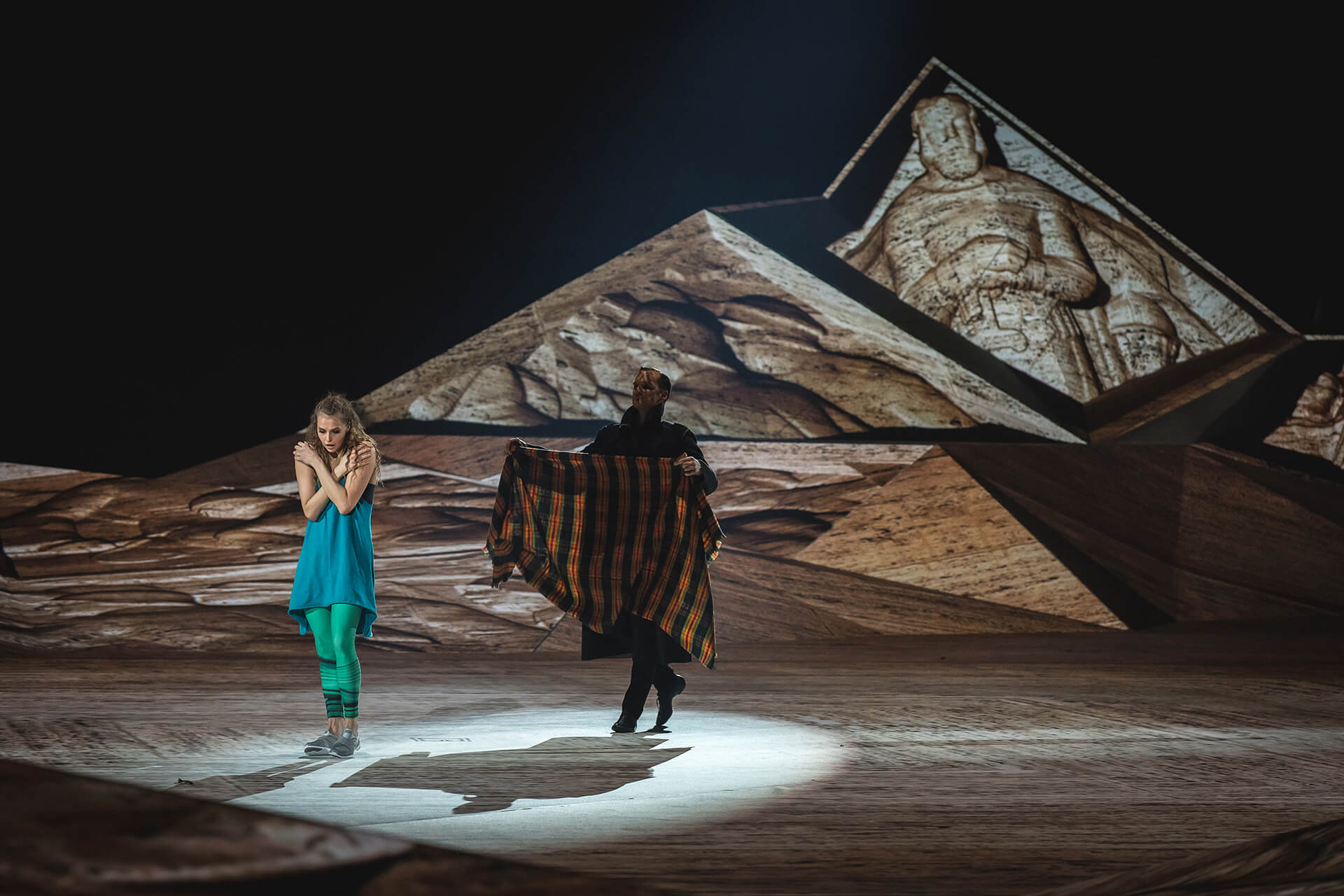 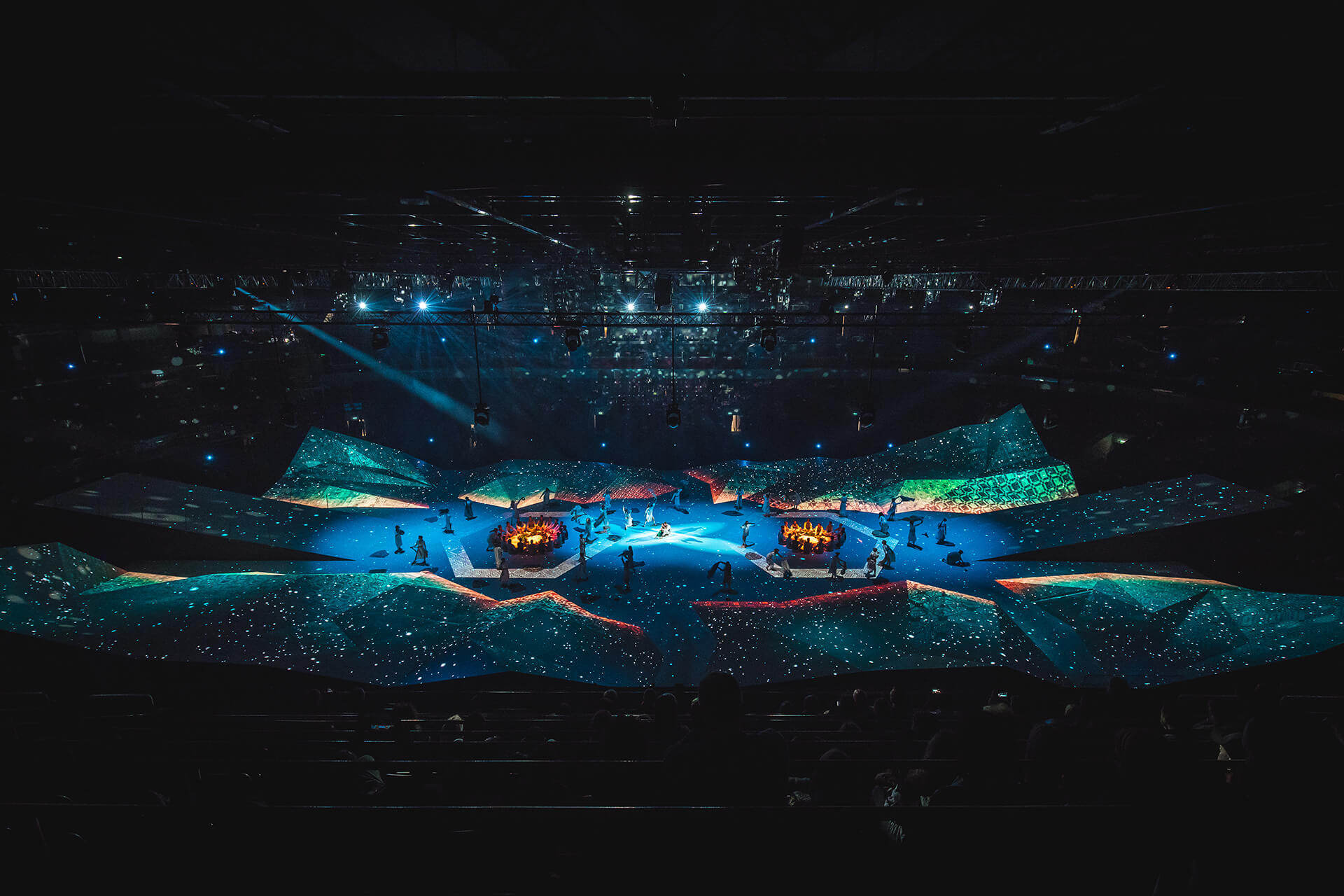 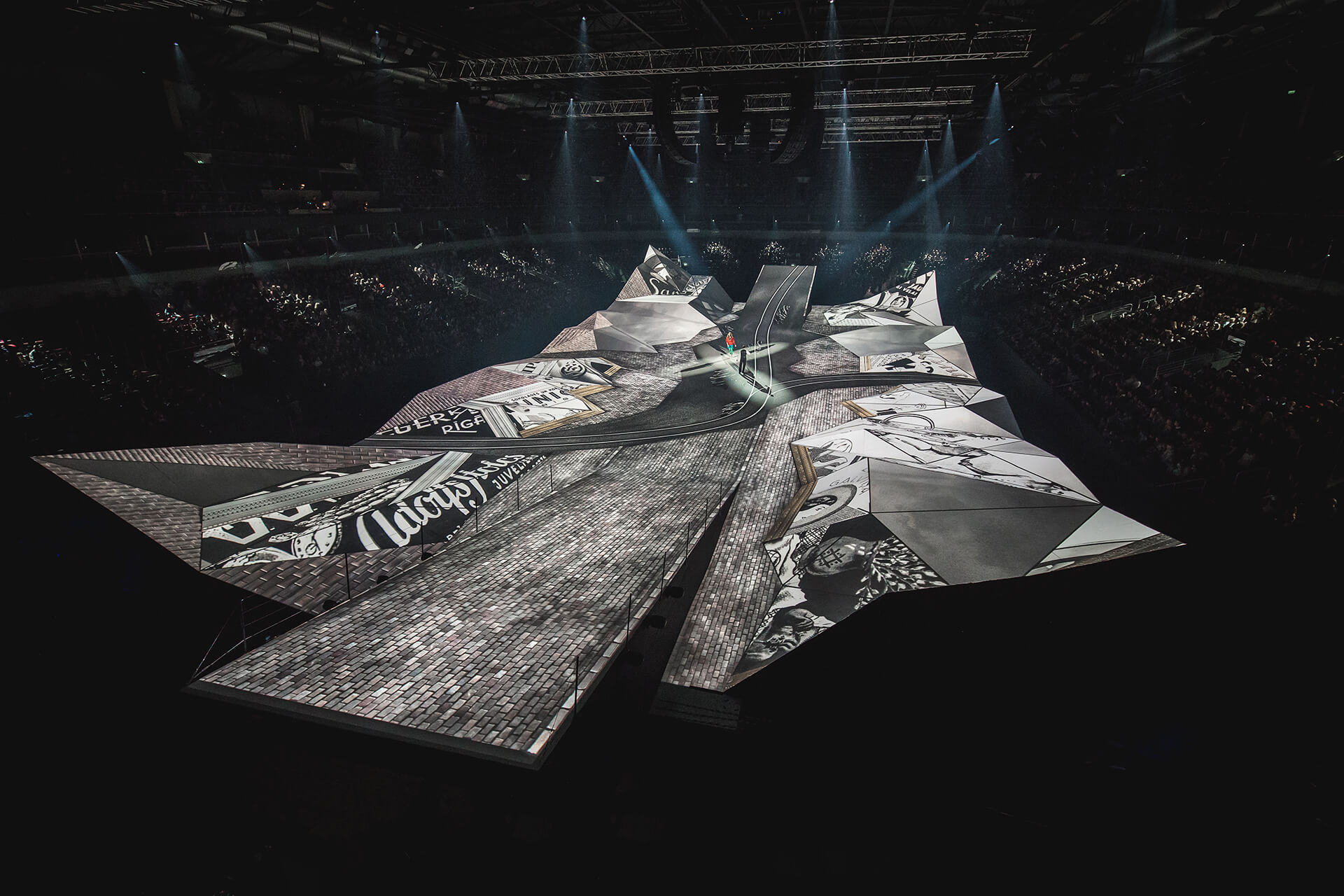 We didn’t want to create a history lesson, but a time machine

The dancers had to be trained to perform on the faceted surface. As a whole, the stage could be used as one giant screen, or, the varying triangular sections of the landscape could serve for showing different multimedia at the same time. ‘The projections were video interpretations of some of the main events in Latvia’s history,’ explained Jaunzems. ‘During the USSR times for example, everyone lived in Soviet house blocks. So we used an image of small windows to recall the feeling of that time. We didn’t want to create a history lesson, but a time machine.’

For a small country, Both Sides was a very big statement, a bold show of face. It may have been designed to reflect the past, but the level of execution introduces a double entendre. It too is a signal of Latvia’s future, and a message: that the rest of Europe needs to be paying closer attention to tech innovation and cultural currency in the Baltic country.

THE TAKEAWAY
Anything’s possible with a potent idea, a driven team and enough financial backing. It never hurts to go for the gold: making national design history might just be waiting on the other side.