Despite COVID-related safety measures, SO-IL was able to keep its intervention at Lisbon’s MAAT museum intact

As we all know, a lot of things were either postponed or cancelled this year. Events that could eventually go ahead and communal spaces that reopened often took a drastically different form, having to accommodate the kinds of safety measures unimaginable pre-pandemic. No such case at Lisbon’s MAAT. The Museum of Art, Architecture and Technology was scheduled to unveil a series of new projects to the public on 27 March before COVID-induced closures delayed proceedings. When the doors finally opened in June, SO-IL’s intervention was just as the architects had imagined it. The museum’s executive director, Beatrice Leanza, says that aside from putting in place certain preventive measures – including the mandatory use of masks, installing hand sanitizers at all entrances and lowering the maximum capacity – the team did not have to modify anything from the original design of SO-IL’s Beeline installation.

In fact, Beeline proved rather timely. Not only does SO-IL’s design provide MAAT with a second entrance – which, by serving only as an exit, coincidentally helped to establish a one-way circulation path inside the building in line with social-distancing precautions – but it was conceived to host Maat Mode, a six-month-long experimental participatory public programme. The initiative is devised as an ‘open-ended exercise in interrogating the role of cultural institutions in society and prototyping the future museum’. 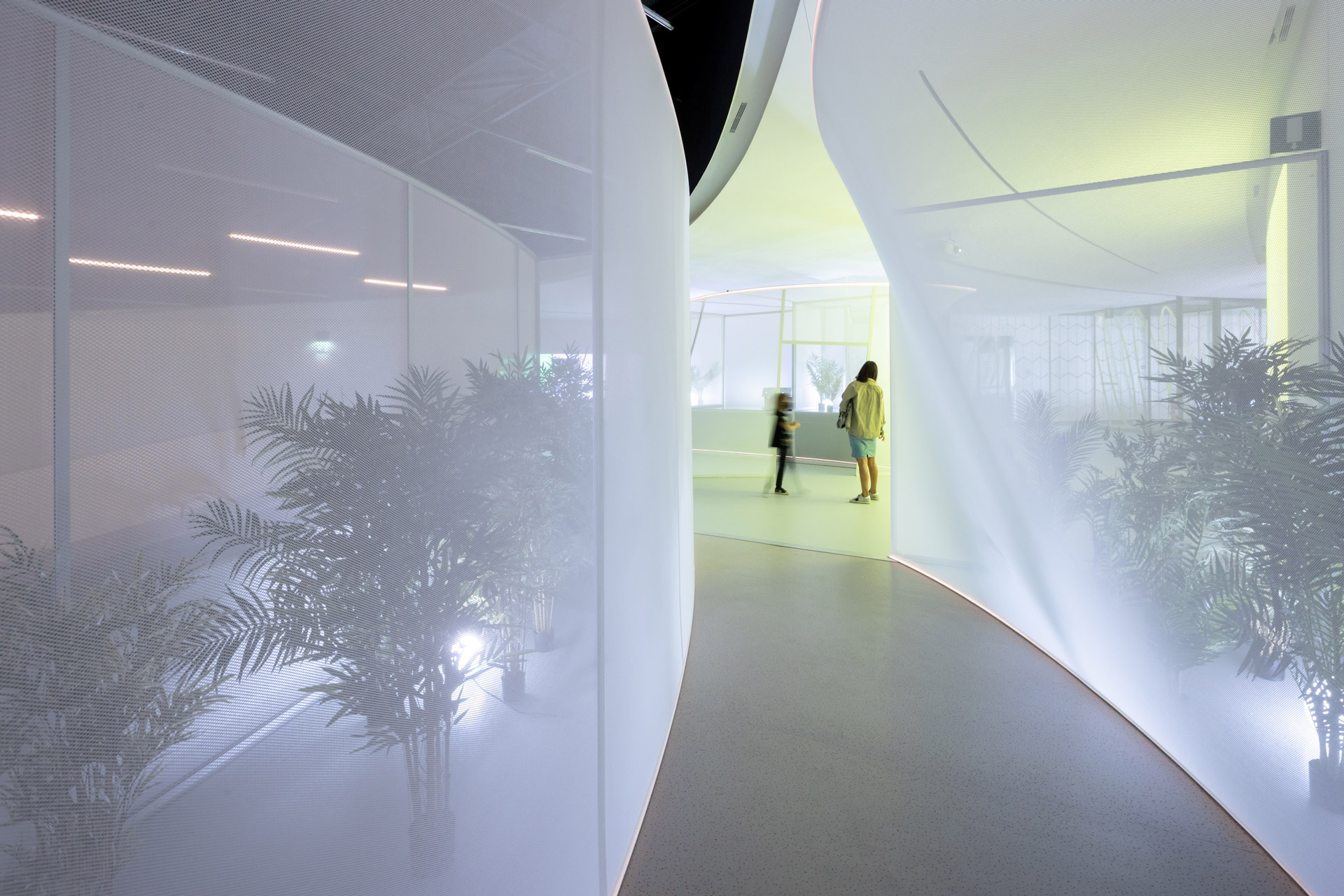 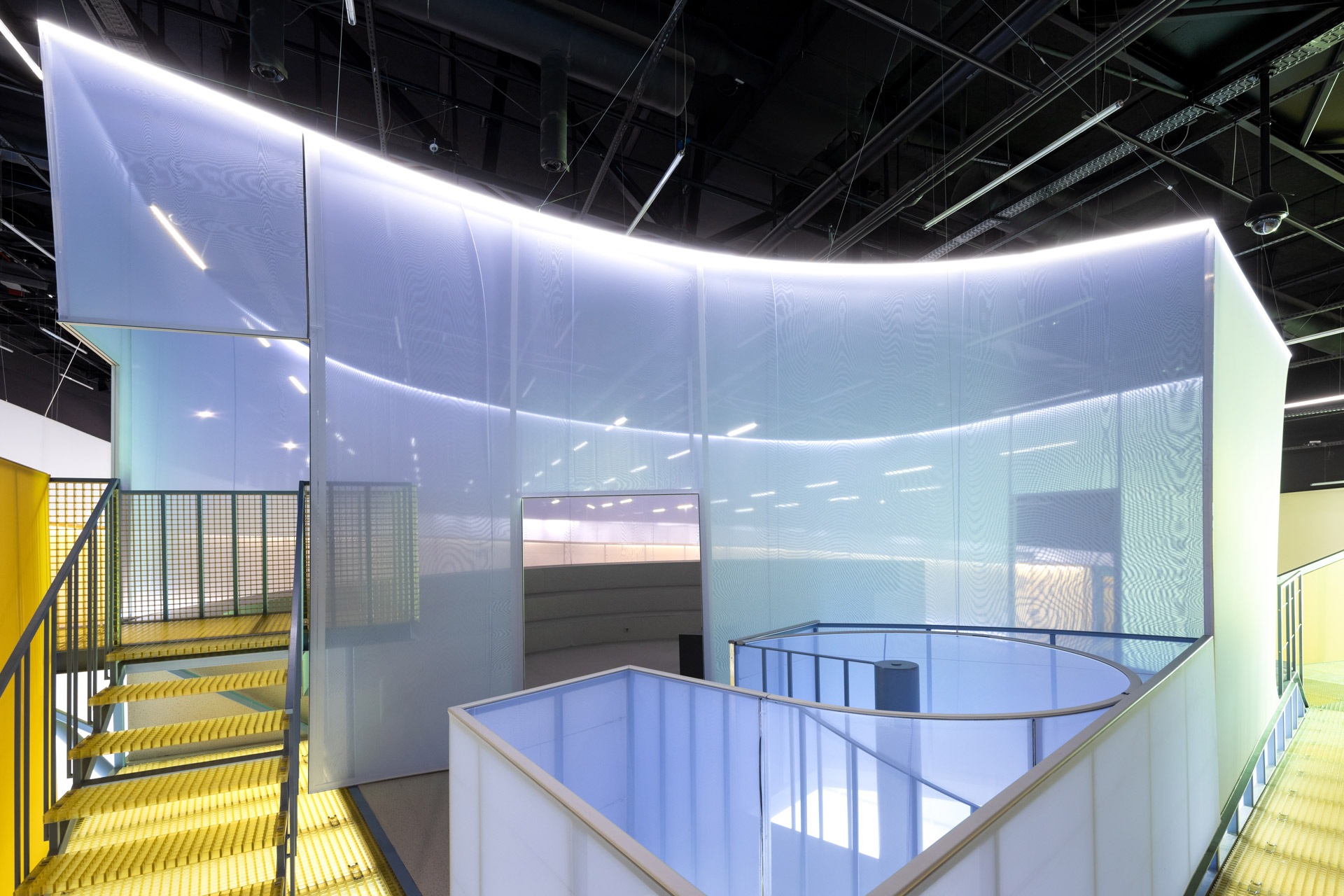 Encounters and conversations are at the heart of Beeline and of Leanza’s vision for the future museum. She’s said that ‘institutions of culture should be catalyst platforms to render discourse actionable and empower audiences to own their choices through the articulation of debate, the sharing of positions, and the formulation of knowledge. This is the museum as An Open Forum – A Stage – A School’. A testbed of sorts, Maat Mode will help to determine future programming. Talks and other events will centre on topical issues such as climate action.

SO-IL’s spatial restructuring reflects Leanza’s words. Access to the museum was once possible only from the riverside, but the architects added a city-facing portal. The result, they say, ‘not only opens up the building to new perspectives, but also challenges the implied hierarchies of spaces in a traditional museum’. Once inside, visitors are immersed in a Do Ho Suh-esque world of fabric-wrapped structures, a play of translucency and solidity that’s become a SO-IL stamp. Bodies are sent up flights of stairs, across raised pathways, through various stage areas and workshop zones: a landscape of choices for audiences to own, as Leanza might say. The skinlike membrane visually connects yet physically separates – a language we’re becoming accustomed to as lockdowns lift. It creates new relationships within the space while conveniently providing a surface for projection. 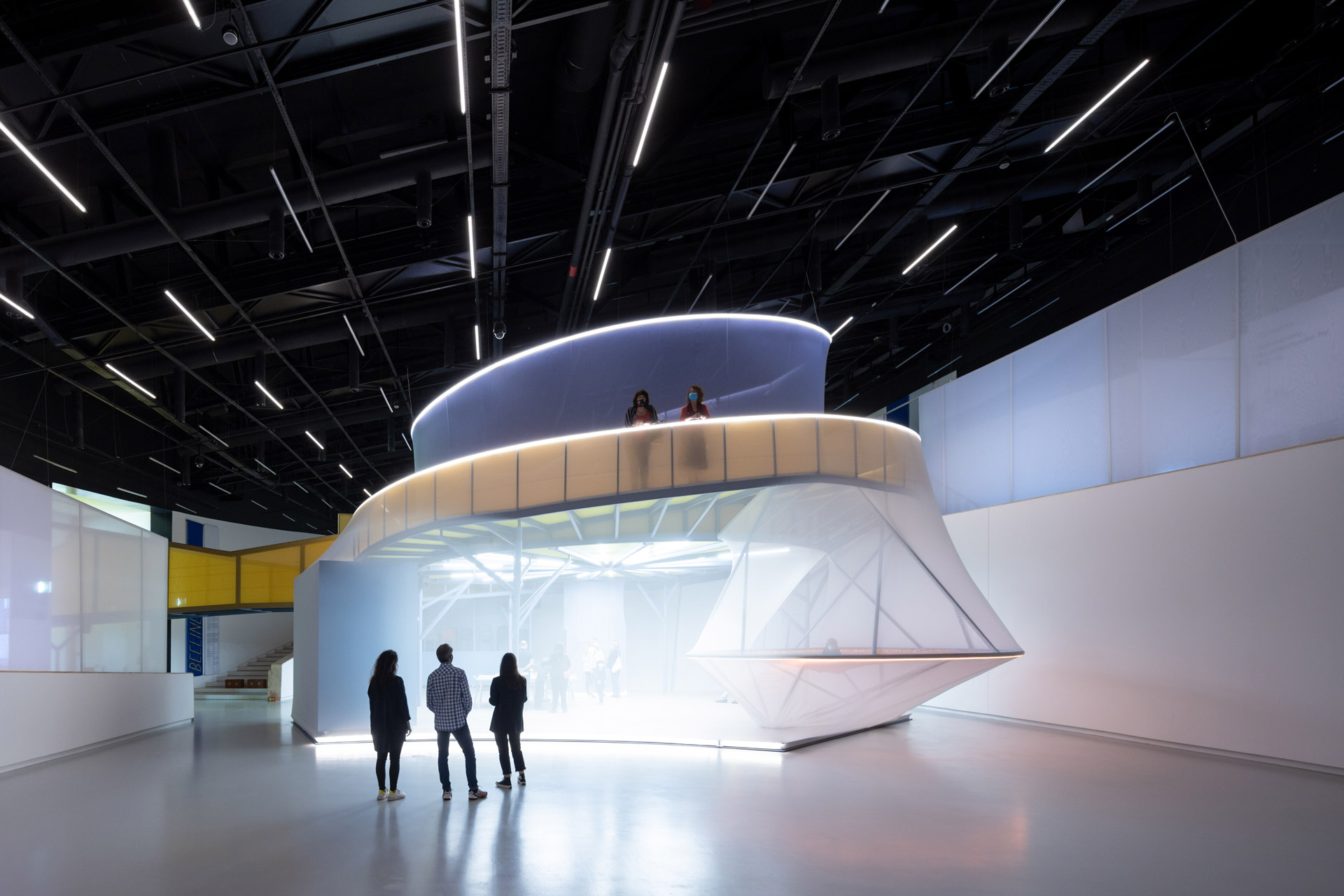 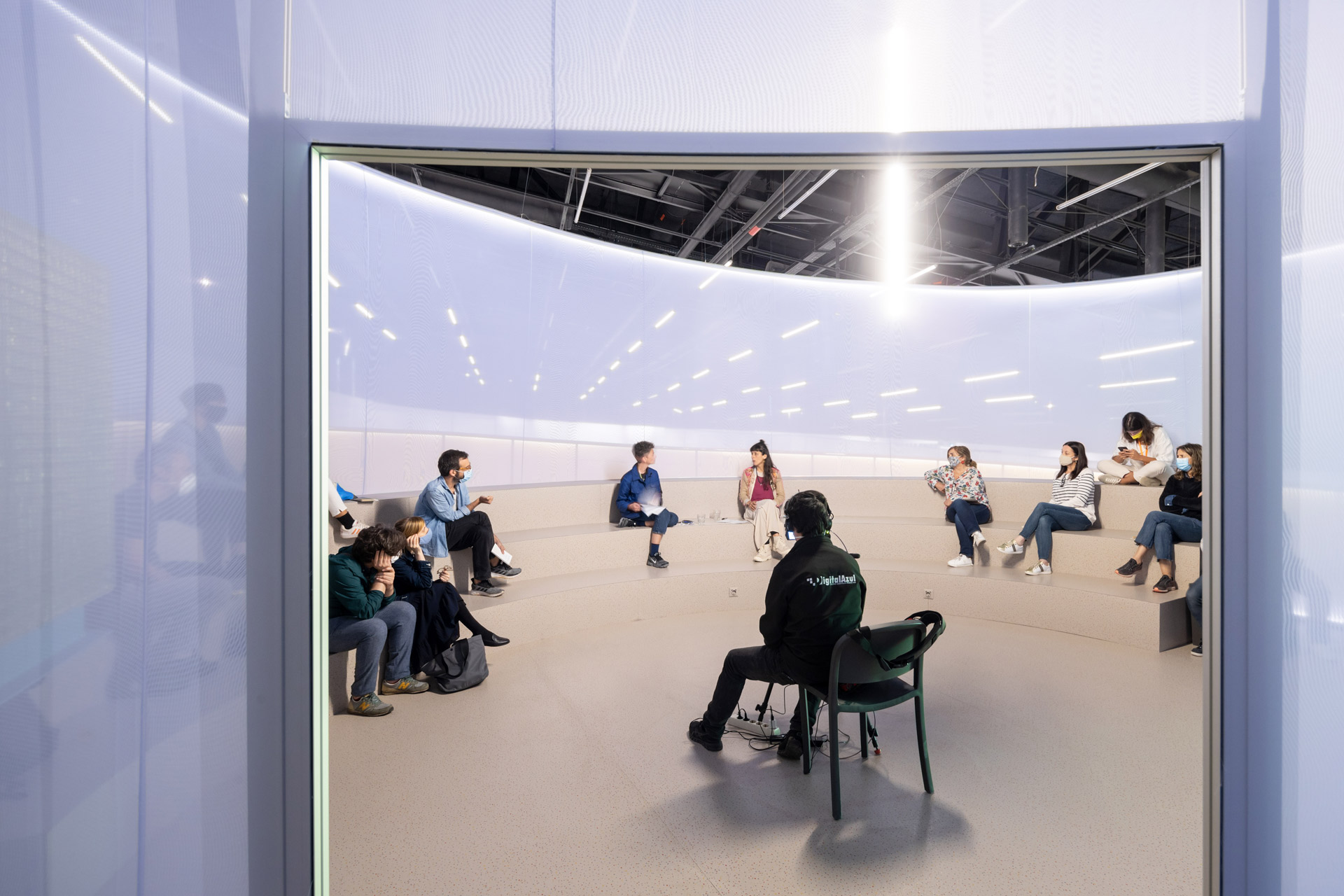 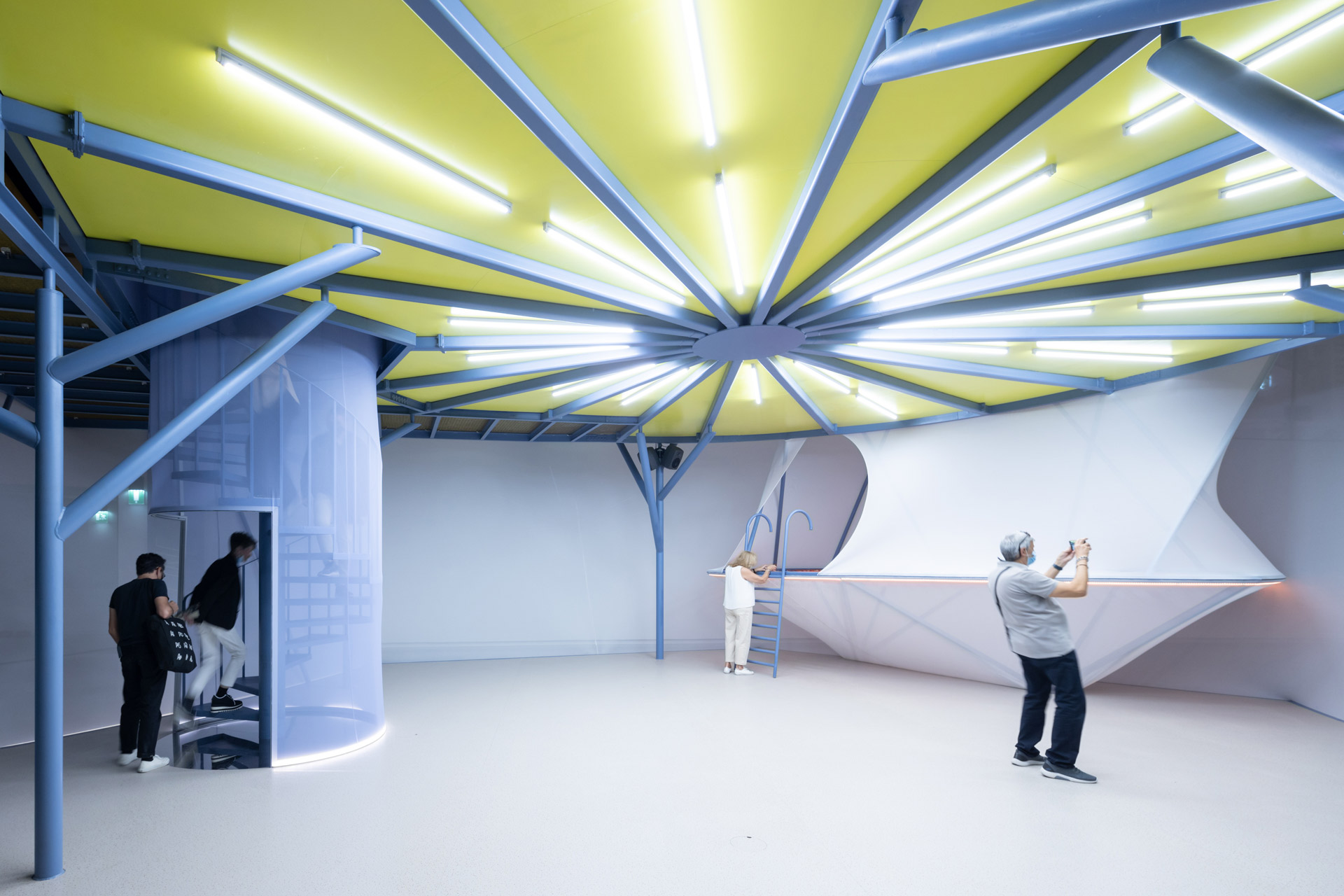 One thing MAAT did adapt during lockdown was its online presence, running a curated series called Maat Mode Digital through its social channels. The organization announced that while the Maat Mode programme will continue to have an online dimension, it’s mainly in the physical museum spaces that the conversations it wishes to foster will take place. Leanza says the scheme embodies a ‘transformative gesture that repurposes the museum into a polyfunctional civic arena where public life is debated, probed, challenged and possibly inspired towards a more inclusive and equitable making of the future’. A tall order, perhaps, but one that this year’s events have already set in motion.