Alongside Sansibar, DIA – Dittel Architekten expands its portfolio with yet another uniquely executed hospitality space in the new Dorotheen Quartier shopping centre.

Founder Frank Dittel led DIA in the design of Enso Sushi & Grill, imbuing the 250-sq-m space with a modern sophistication reflective of the Asian-European fusion cuisine served there. The interior comprises four different dining areas that accommodate a range of group dynamics and incorporate varying degrees of Japanese cultural influences.

Upon entering the restaurant, guests are confronted by a wooden partition emblazoned with the Enso logo. The polished oak partition screens off the dining areas from the vestibule and adds a layer of intimacy to the space. 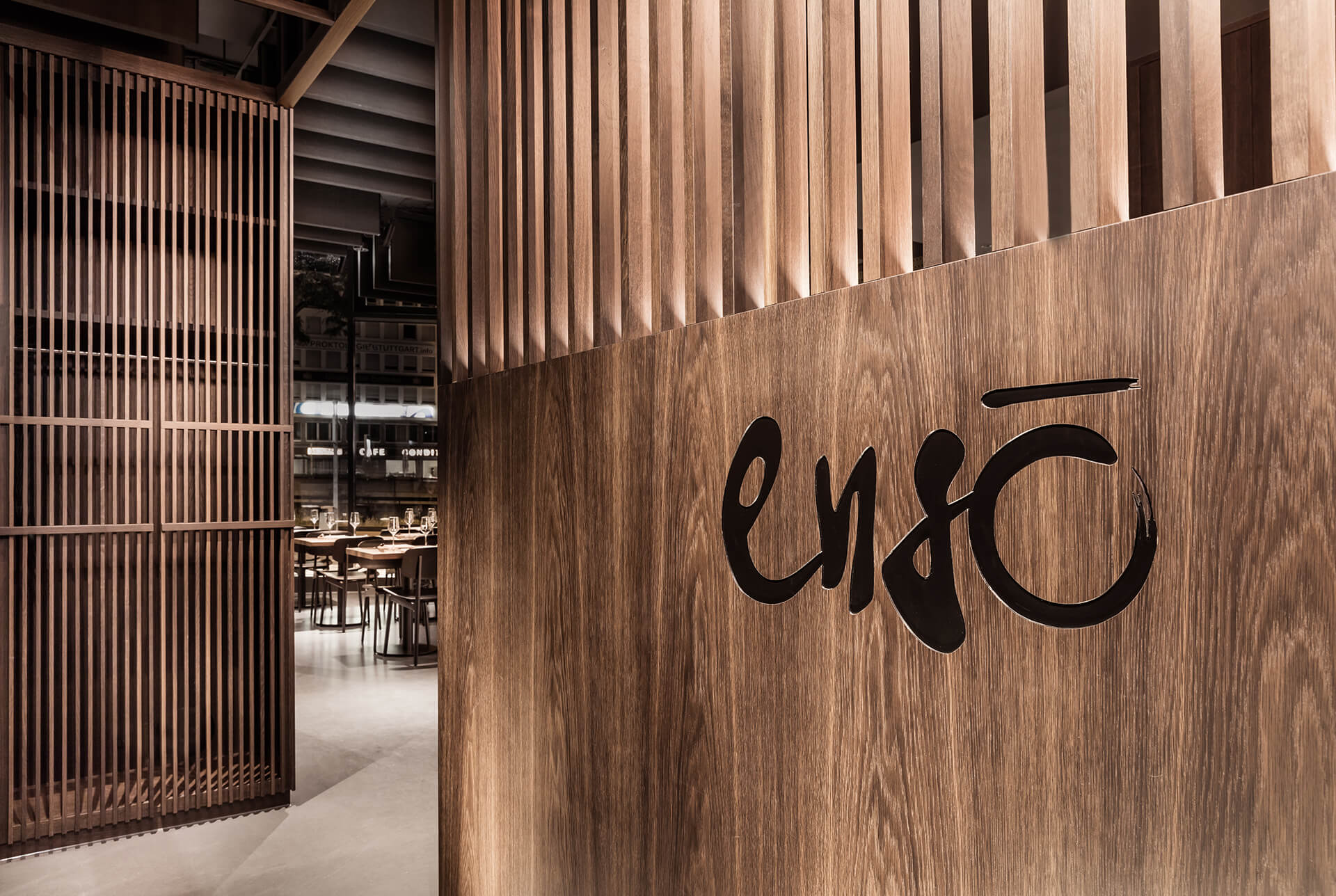 The first dining area welcomes guests with a familiar set-up of tables and chairs. This central open space is kept versatile, with moveable tables and lighting to accommodate a wide range of group sizes. Black sound baffles are suspended from the ceiling in rows, visually breaking the height of the space while providing acoustic dampening. 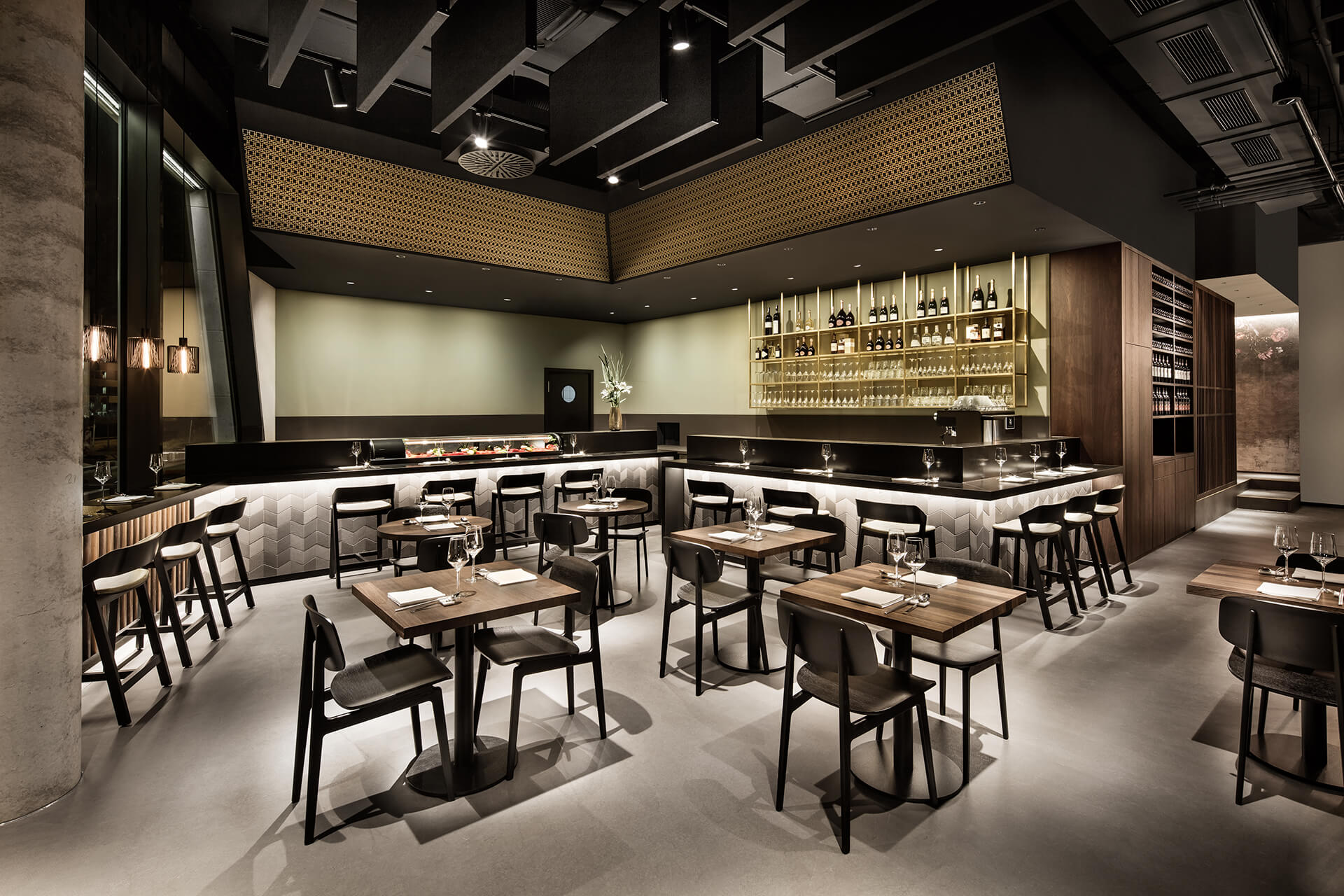 (DIA has a certain flair when it comes to making use of ceilings – in the nearby restaurant Sansibar, the designers installed a lighting textile that unfurls across the ceiling like a gently illuminated ship’s sail.) Adjacent to the central dining area, bench structures forming alcoves are arranged against the window. 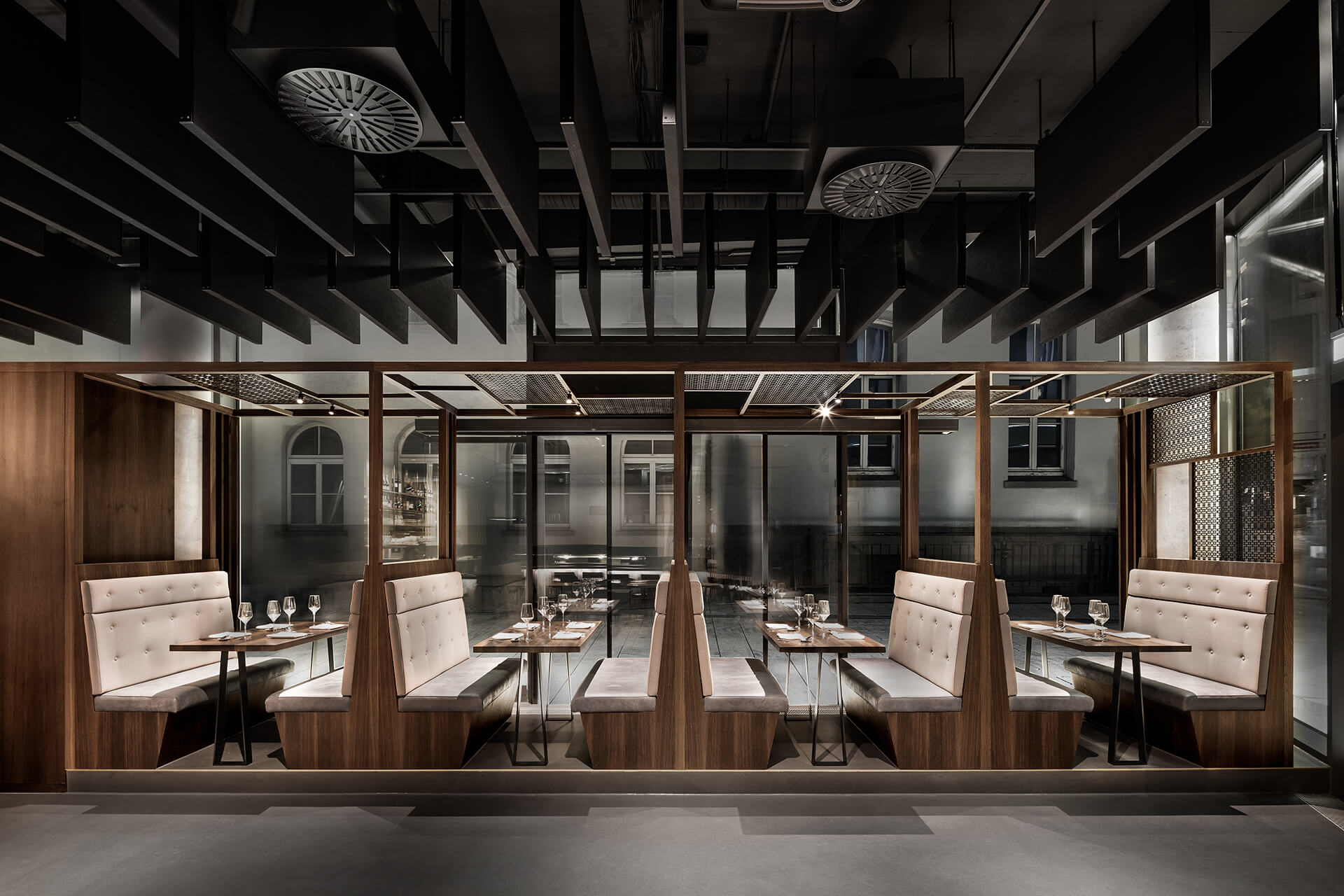 Rows of the slab-like baffles hang from the ceiling like floating dominoes. 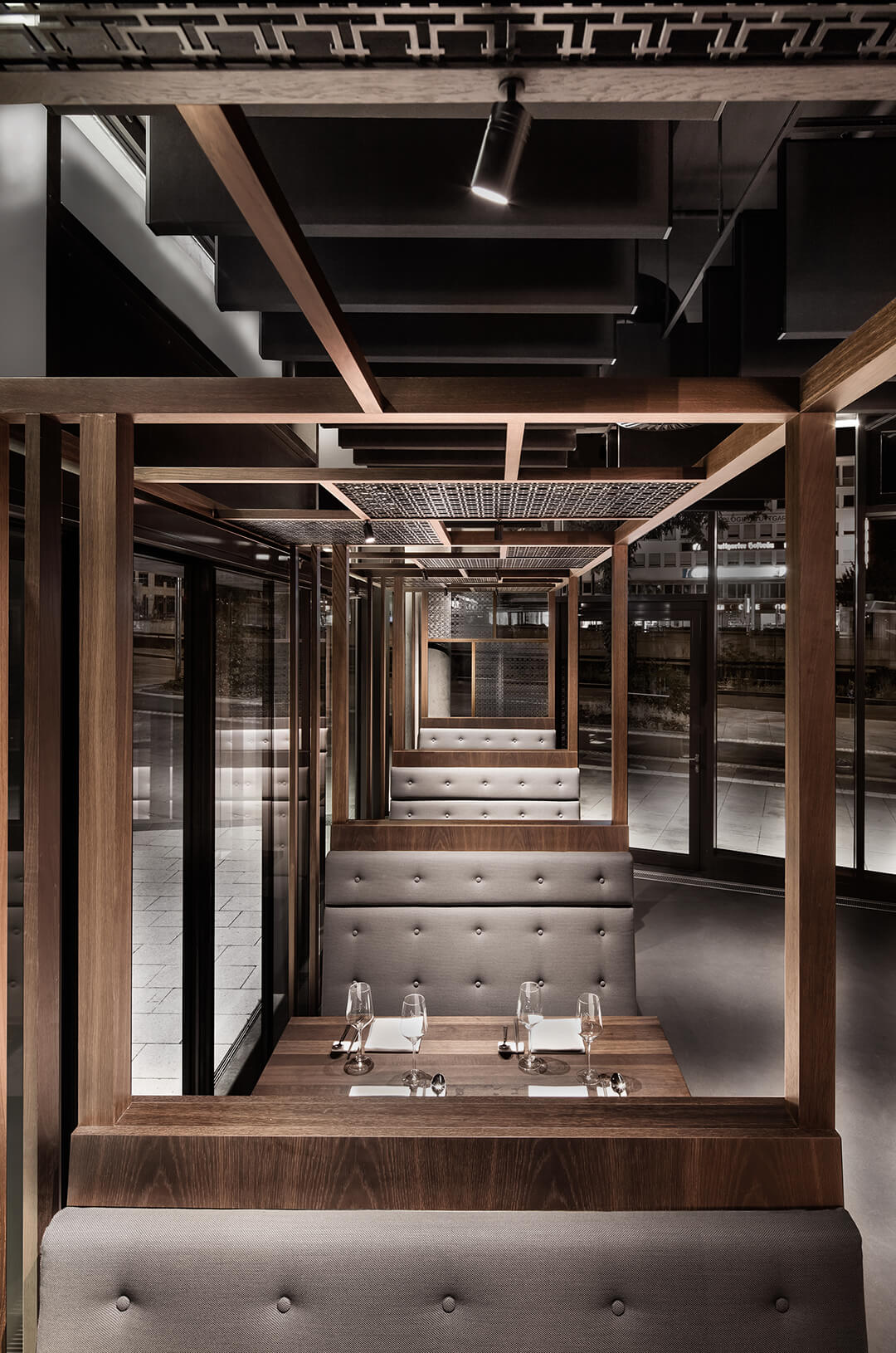 This seating area offers a closer, more comfortable atmosphere than the central one. Each alcove enjoys a degree of separation while maintaining a connection to the outside world; as well as with the other alcoves and the rest of the restaurant.

Across the open dining space, the third seating area is tucked away directly behind the oak screen facing the entrance. This cozy three-sided rectangular alcove is ideal for intimate groups, away from the main area and the other diners. 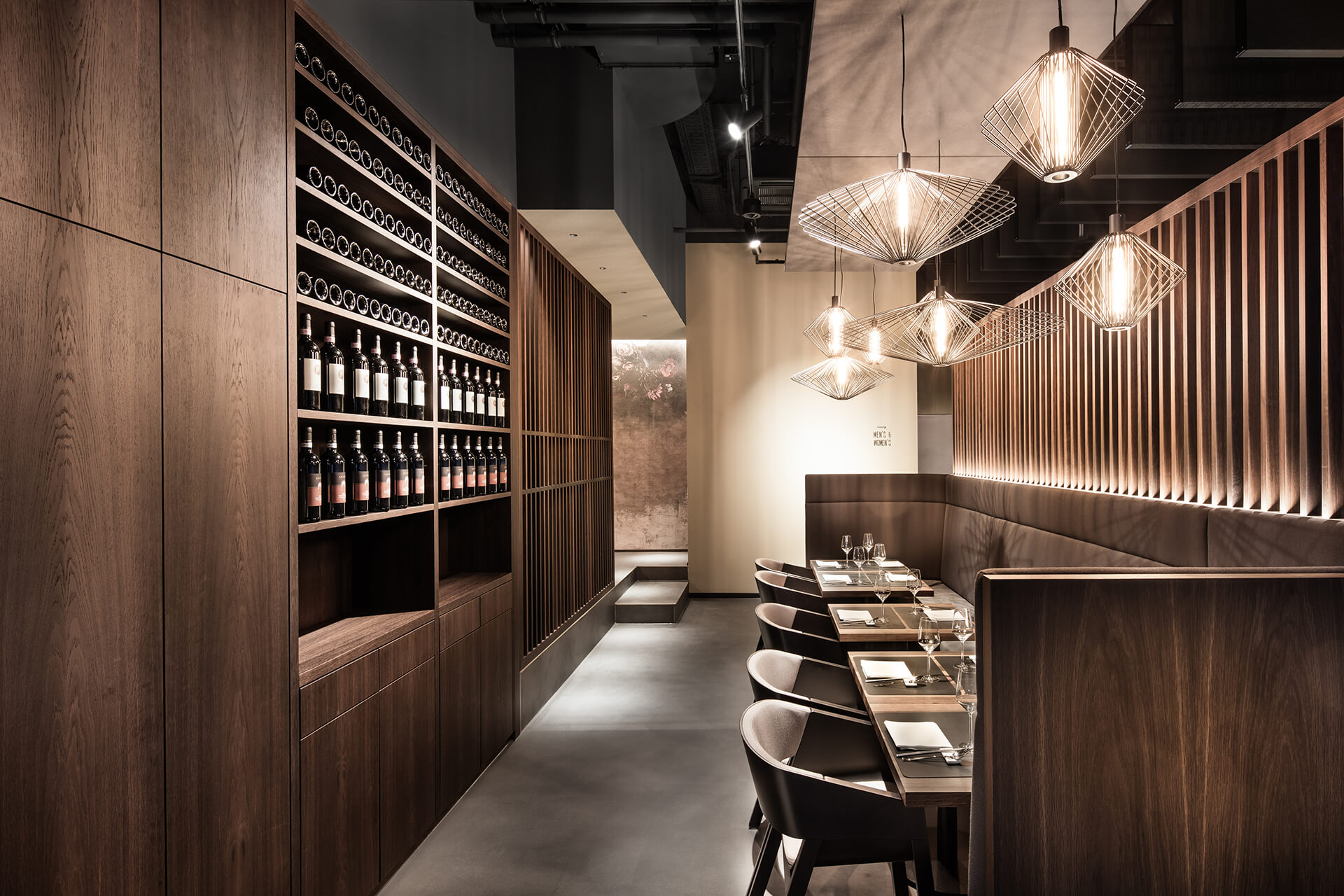 The alcove is enclosed by the wooden slats of the entrance partition, which extends above the backrests. Pendant lamps illuminate the space in abstract expressions of Asian paper lanterns. Traditional lanterns consist of thin frames covered with brightly coloured paper – here, the frame is left exposed, and rendered in neutral colours.

Sushi is traditionally served on minimalist Japanese-style tableware: typically ceramics with geometric forms and a natural mono- or duo-tone palette in keeping with aesthetic qualities of the cuisine. Enso’s bar and sushi counter extends this aesthetic with the geometric light-grey tiles in the body of the counter, which deepen in horizontal colour bars to the ebony-and-gold ceiling panelling. Guests can savour saké or Japanese whiskey while watching the sushi chefs at work behind the bar. 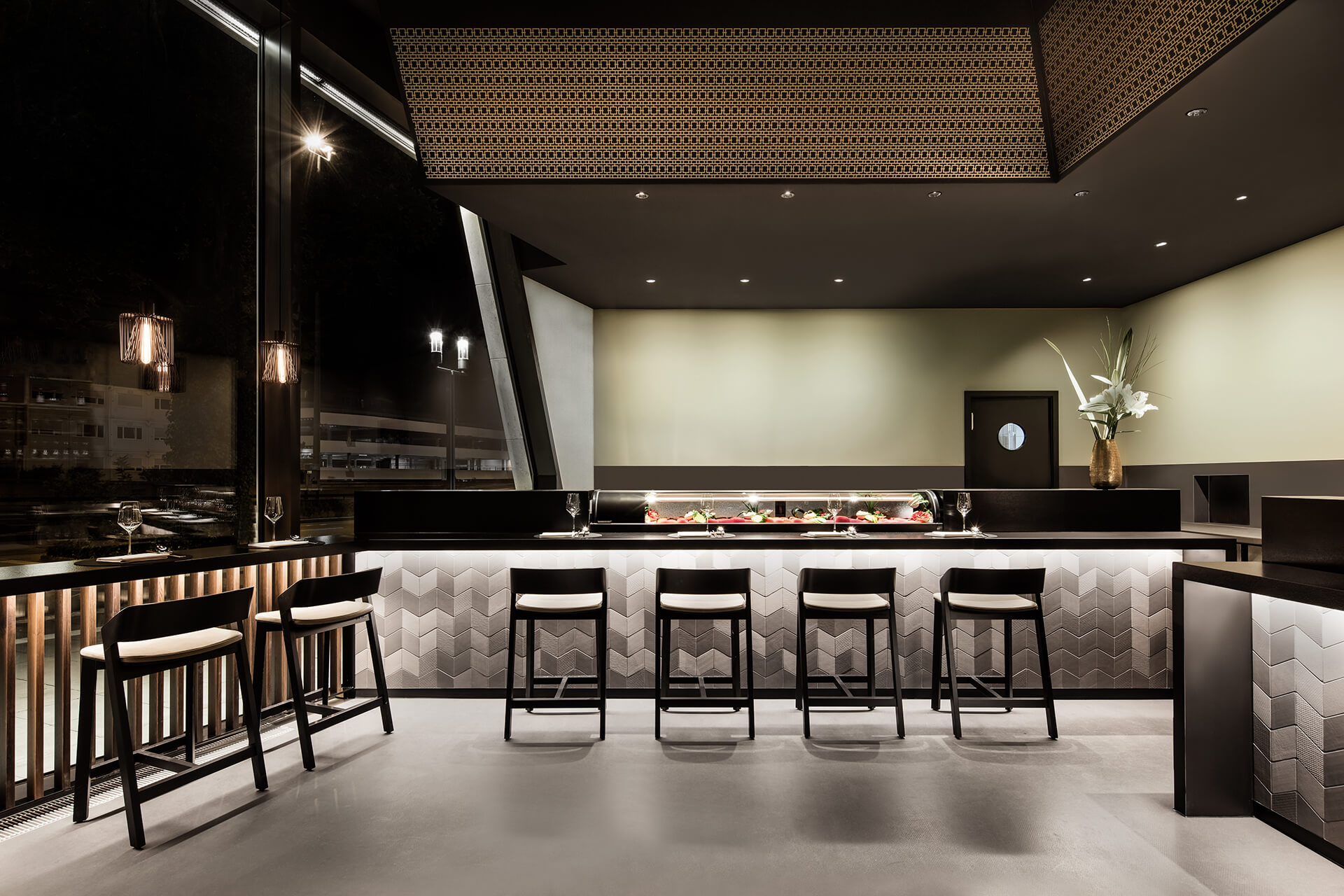 The fourth and final dining area is the most private and secluded. Influenced by Japanese dining traditions, DIA designed a raised platform that creates the mood of being seated on the floor while acquiescing to Western standards of legroom and comfort. Floral wallpaper and soft silk cushions add to the refined ambiance. 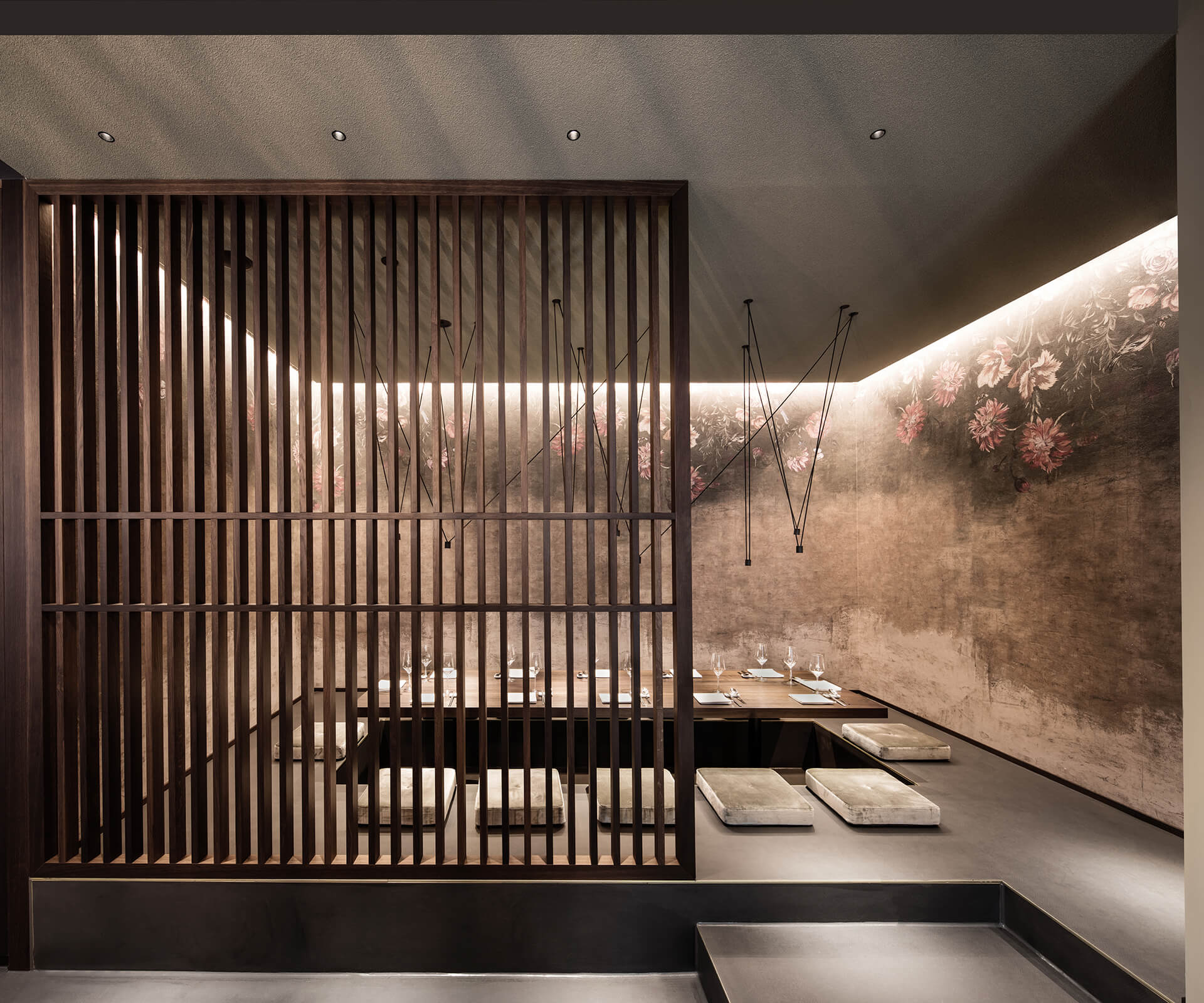 DIA’s concept and design of Enso Sushi & Grill reinterprets Japanese dining styles – from the traditional low tables to the more modern sushi bar – for an intriguing experience in Dorotheen Quartier. 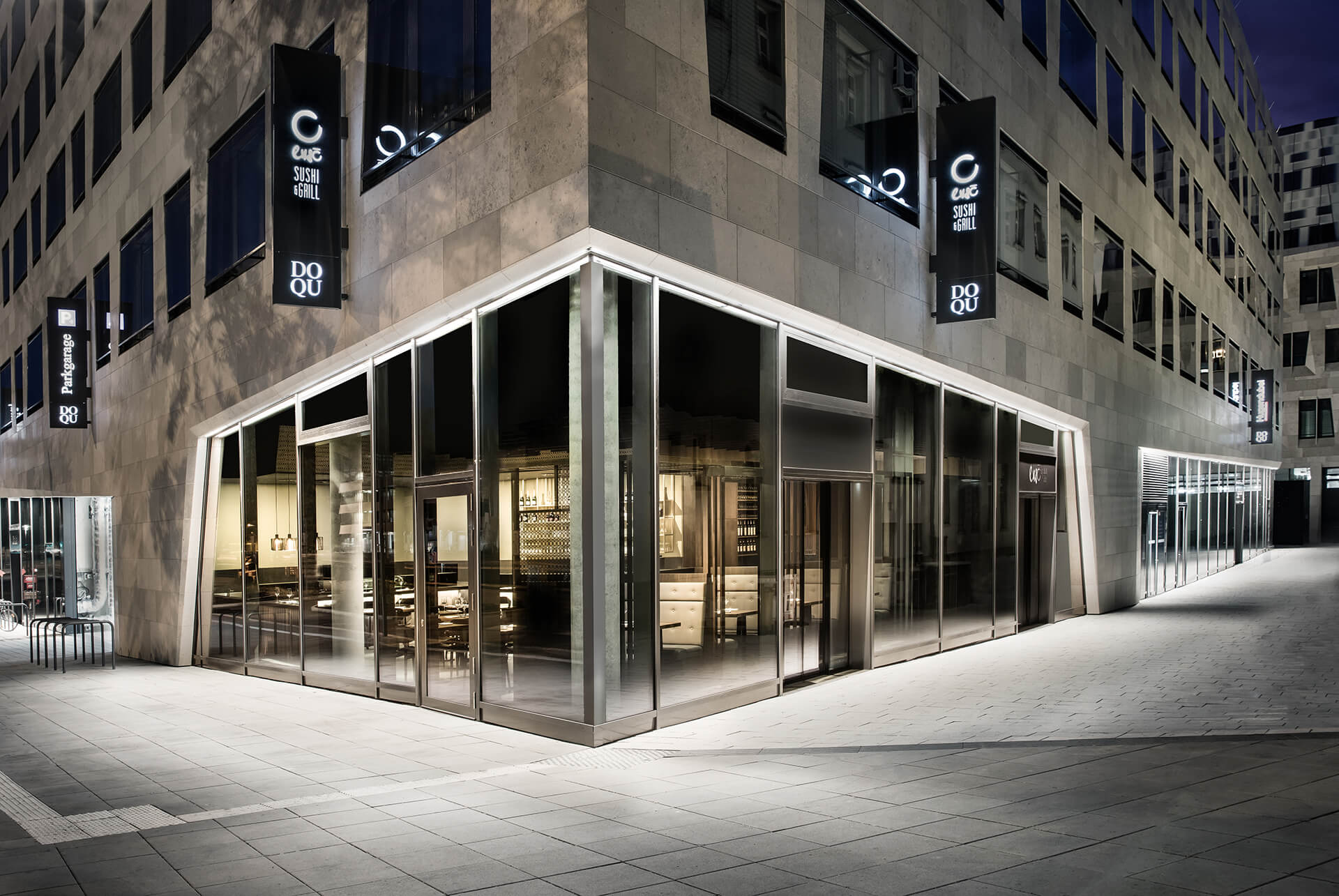