DPA, Space10, Cutwork and UNStudio ask: What will tomorrow’s co-economy look like?

‘I was wondering: How did everyone arrive today? By Uber?’ asked Frame founder Robert Thiemann. Many in the audience of our talks and panel discussion event with Design Post Amsterdam (DPA), Share or Subscribe: Product and Space in a Post-Ownership Era, raised their hands.

Thiemann’s opening question was a prompt to think about one’s own investment in today’s sharing economy, from co-working to living to mobility. The evening at DPA’s showroom was spent delving into the future of collective experiences – and ownership – with three talks from Space10 creative director Bas van de Poel, Cutwork founders Kelsea Crawford and Antonin Yuji Maeno and UNStudio futurist Alice Haugh, and a panel discussion including Ramon Beijen, creative director of CBRE’s workplace strategies and design team. 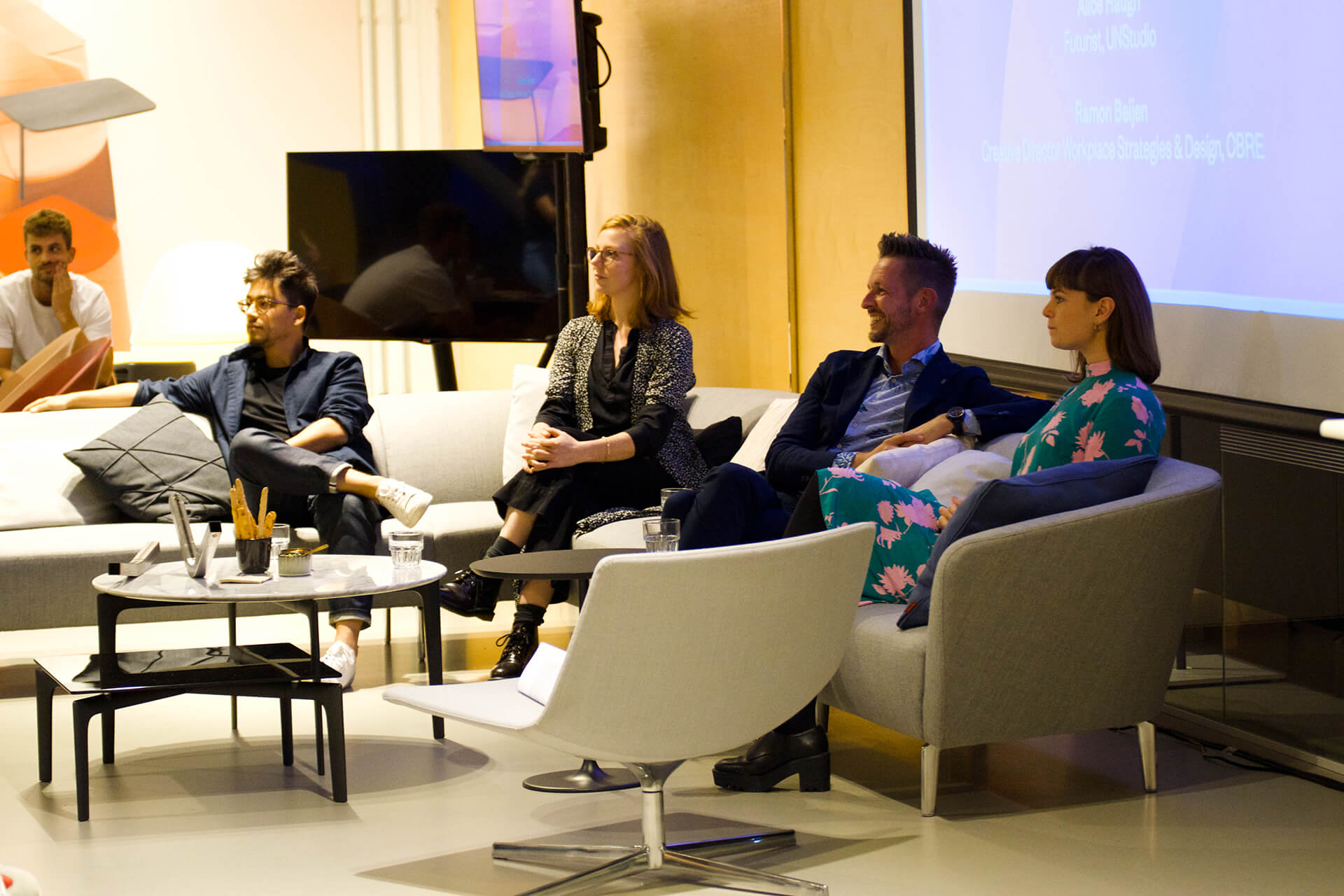 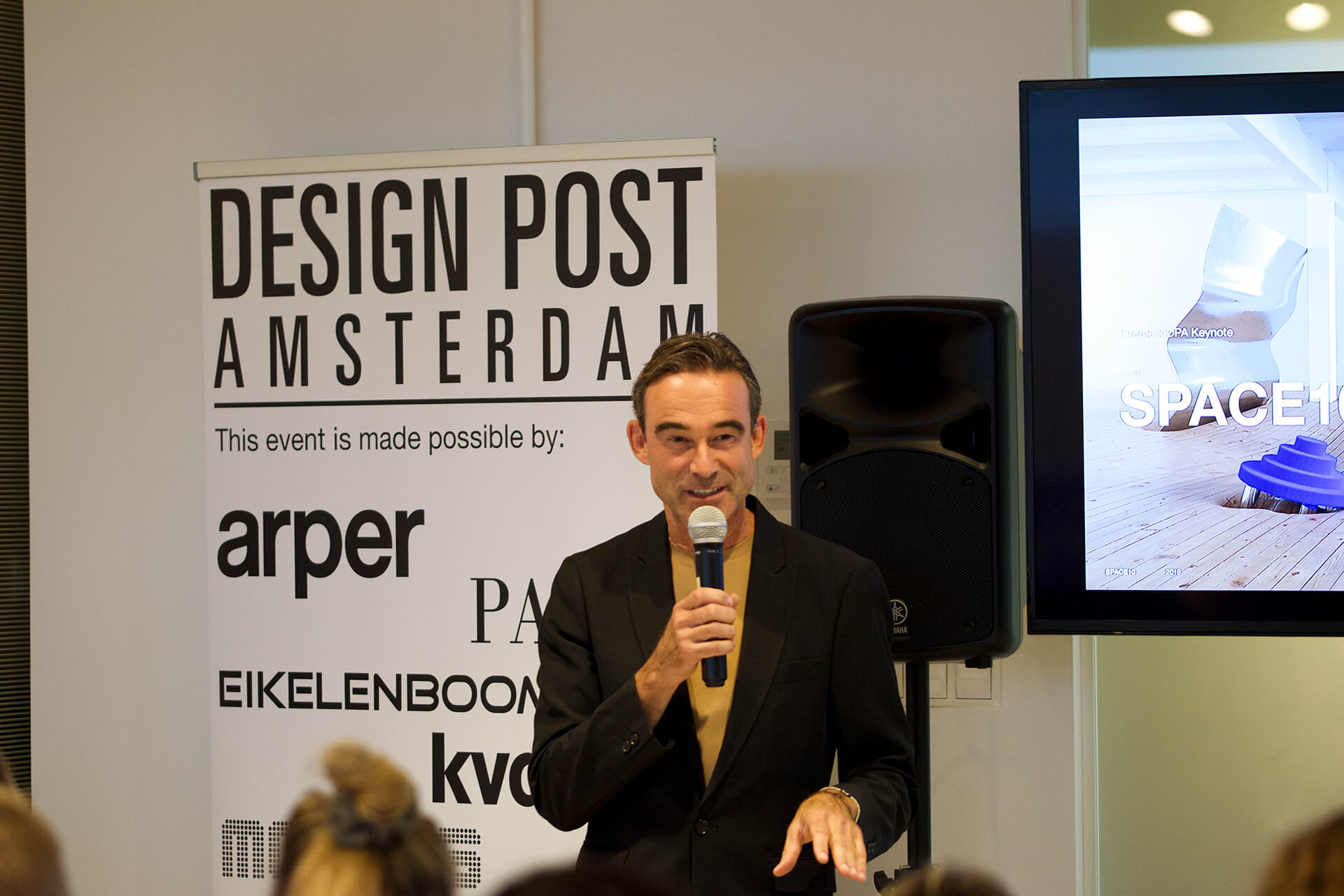 For DPA – a collective of leading interior brands including Arper, Eikelenboom, Arco, Kvadrat, Montis and Palau – design’s path toward a co-economy spelled out the need for such a (collective) brainstorm. During the panel discussion, Beijen expressed that there needs to be a revolution in the way design brands and manufacturers stay relevant and that there needs to be ‘increased collaboration and trust between interior designer, client and supplier.’

‘There was this kind of promise of the sharing economy ten years ago now – that it would be utopian, convenient, sustainable – it was going to move us into a new paradigm,’ said Alice Haugh, who is currently working on developing a modular workspace and circular buildings at UNStudio. ‘In reality, it doesn’t always work out that way, because people are not very predictable…We don’t always think through the behavioural aspect [of the sharing economy]. When you shift from having an ownership relationship with a product into just accessing it, you lose something, actually – it’s interesting to think about that relationship that we have with our objects as we shift into this share and subscribe world. Nonetheless, we know that by 2050, 70 per cent of the world’s population will be urban. We can assume more people need to live in a much smaller space. We also know that to get here by 2050, and for the planet to be liveable, we need to reduce drastically the amount of resources we are using. So sharing, subscribing and circularity become very interesting strategies for that – it comes up in a lot of UNStudio projects, and at the urban scale.’ 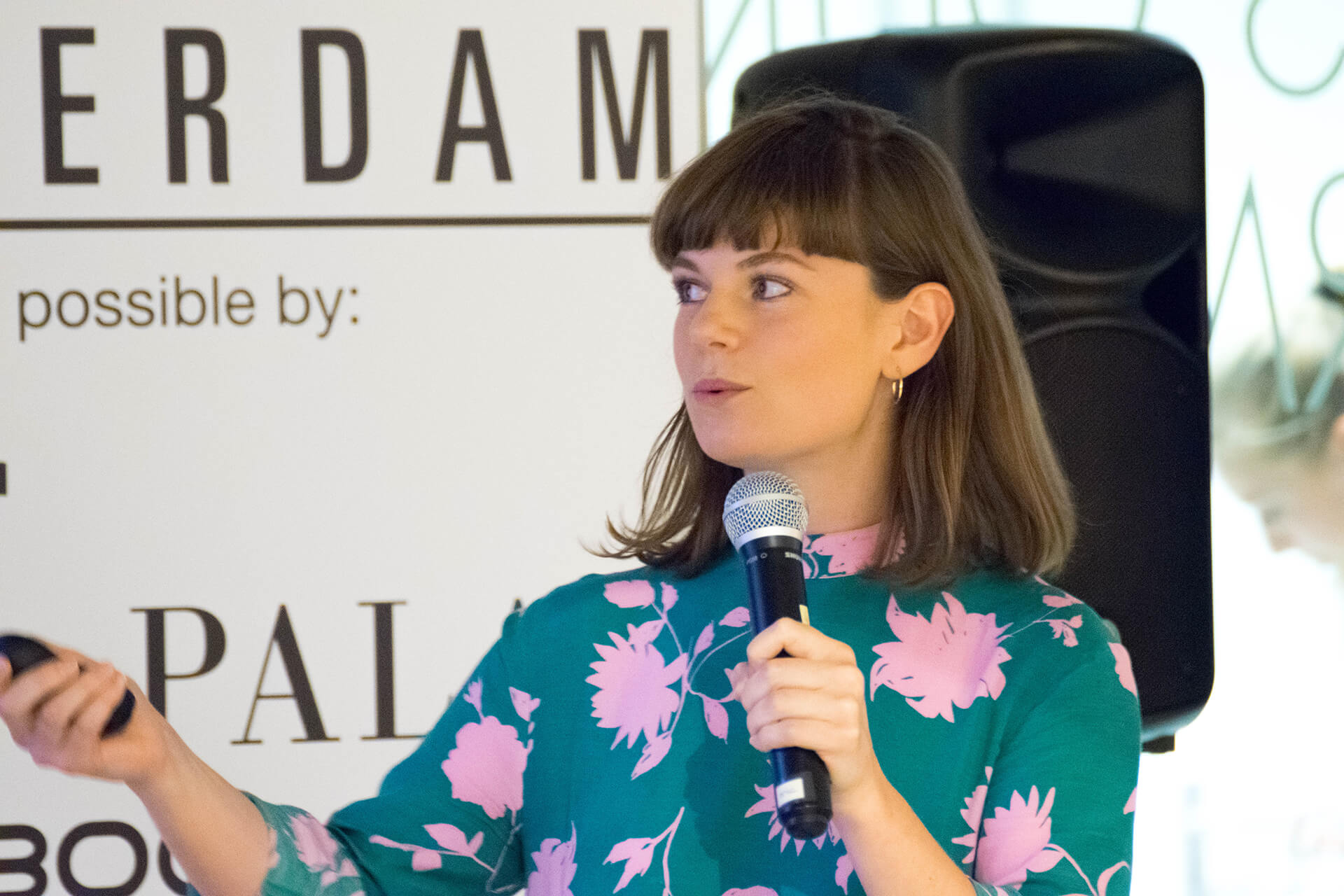 Space10’s The Urban Village Project rethinks built environments with a collective scope, focusing on creating neighbourhoods that are liveable, sustainable and affordable: these pillars, according to Bas van de Poel, are often tackled individually rather than together. The Copenhagen-based research and design team believes that the sharing economy helps address these needs holistically – as well as responding to the huge pressures population growth will put on our economic, health and social systems, including housing. ‘The bottom line is,’ van de Poel explained, ‘our cities are becoming more and more unsustainable, unaffordable and socially unequal. [Our world is projected to grow by] 2.2 billion more people by 2050. In order to house all these new Earthlings, we’d need to build a city the size of Paris every week. At the same time, the built environment makes for one of the most polluting industries – so it’s not really business as usual when you’re talking in architectural terms.’ 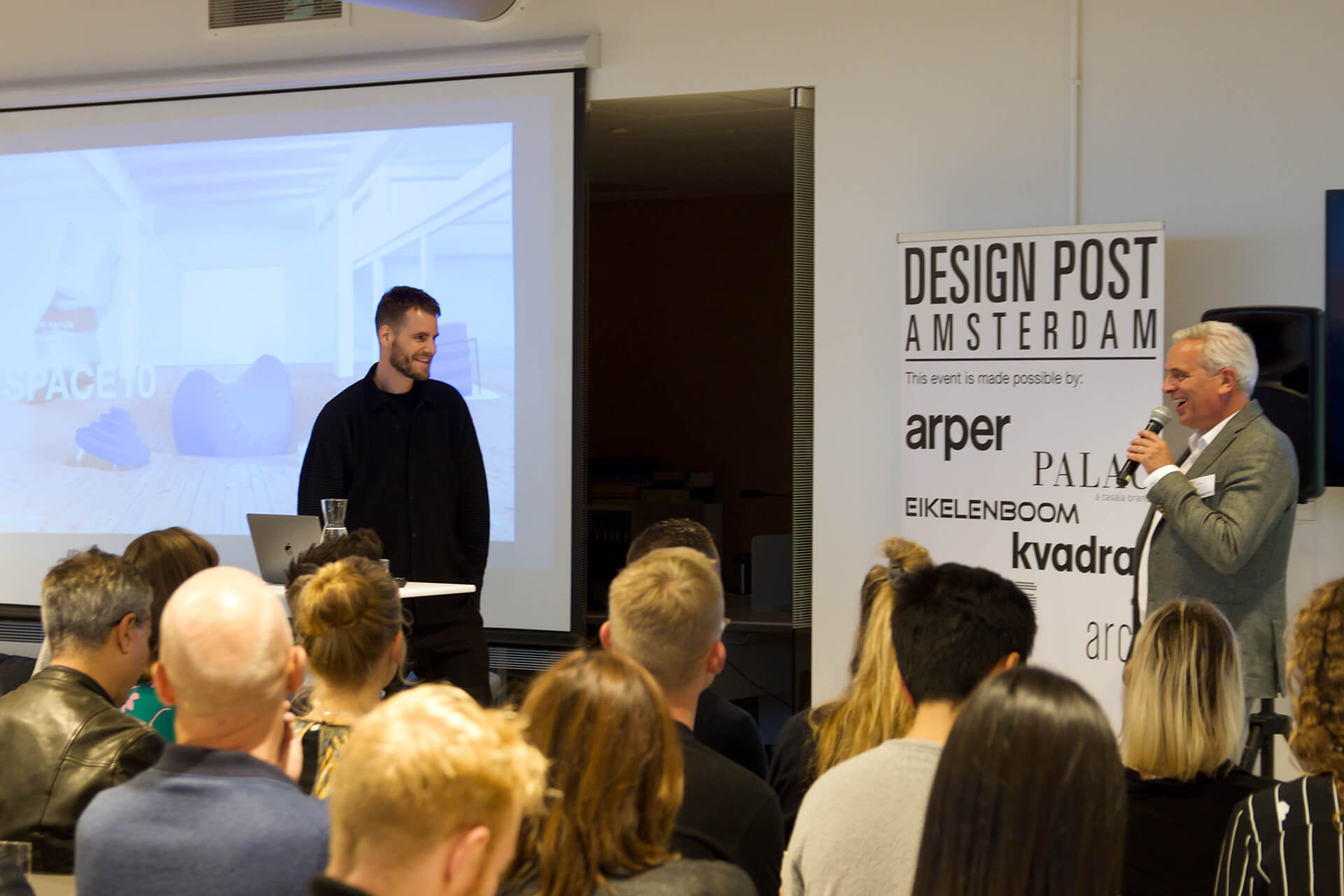 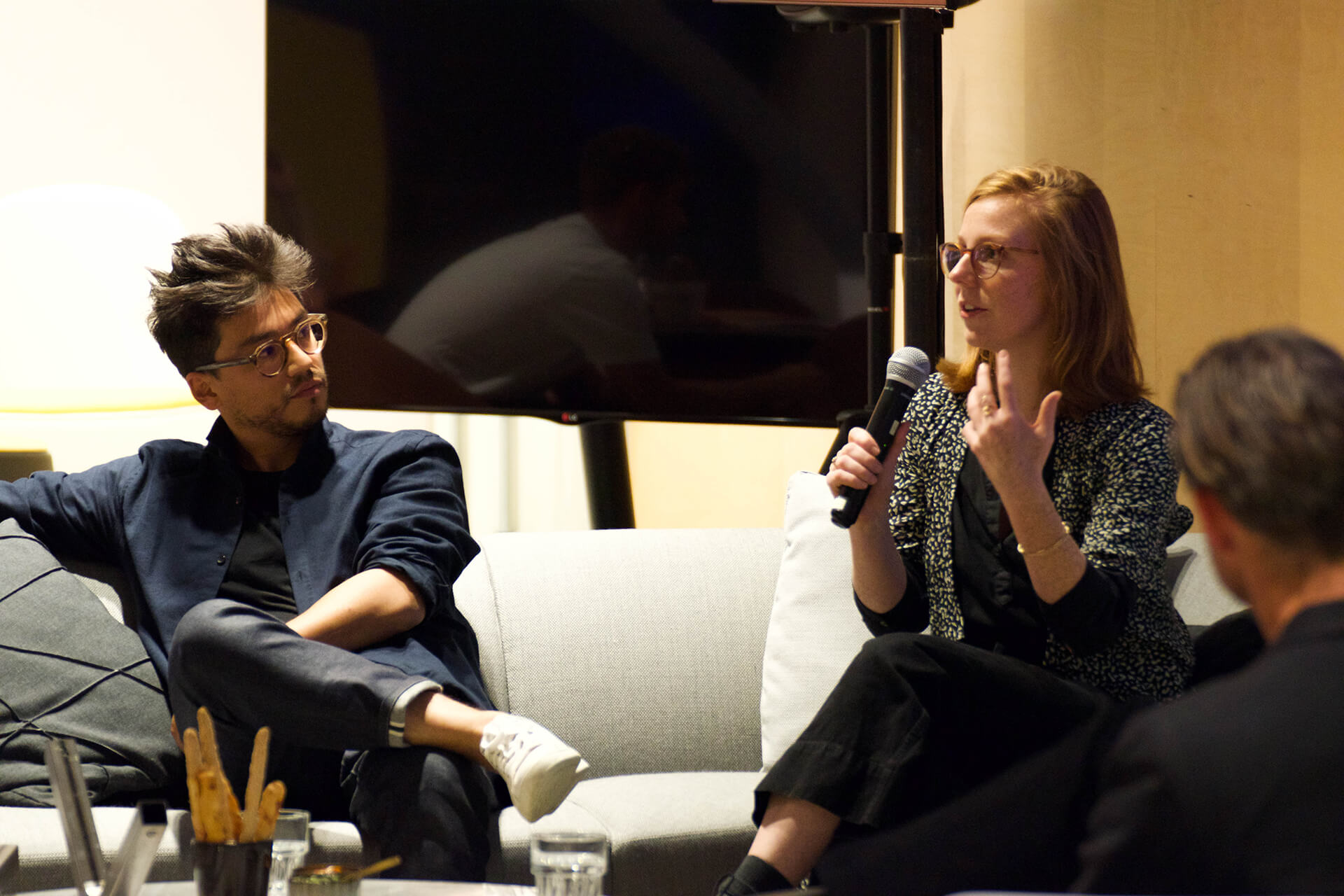 This summer, Cutwork’s Flatmates development – Paris’ first large-scale co-living space, addendum to Station F, the world’s largest co-working facility – was launched. For the complex, the design team developed a modular furniture system for the living spaces to flexibly fulfil the user needs of each resident. ‘We believe, today, that we’re in a similar position to 1845, when Elisha Graves Otis invented the elevator,’ said Cutwork CEO Kelsea Crawford. ‘It allowed us to build up instead of out, birthing the commercial office tower and modern apartment block, what our cities mainly consist of today.’

Two contemporary inventions will similarly have an effect on the way we design and build, according to Crawford and architect Yuji Maeno: the laptop and the portable phone. ‘These inventions free our spaces from pre-defined functions. An office no longer has to be an office, a bedroom a bedroom – we’re seeing this radical blurring of lines. If the challenge of last century was figuring out how to build up, the challenge of this one is to figure out how to build more versatilely.’

Share or Subscribe: Product and Space in a Post-Ownership Era was followed by a unique dining and networking experience hosted by Arper, Kvadrat, Eikelenboom, Arco, Palau and Montis.