Amidst the countless exhibitions and events at Dutch Design Week, Frame gathered experts in the field to discuss the meaning of Dutch design in a contemporary context. Set in the birthplace of the Droog movement that brought the Netherlands into the creative spotlight, the guest speakers of the two Frame Minds events had diverging views on what defines Dutch design and where it’s headed. 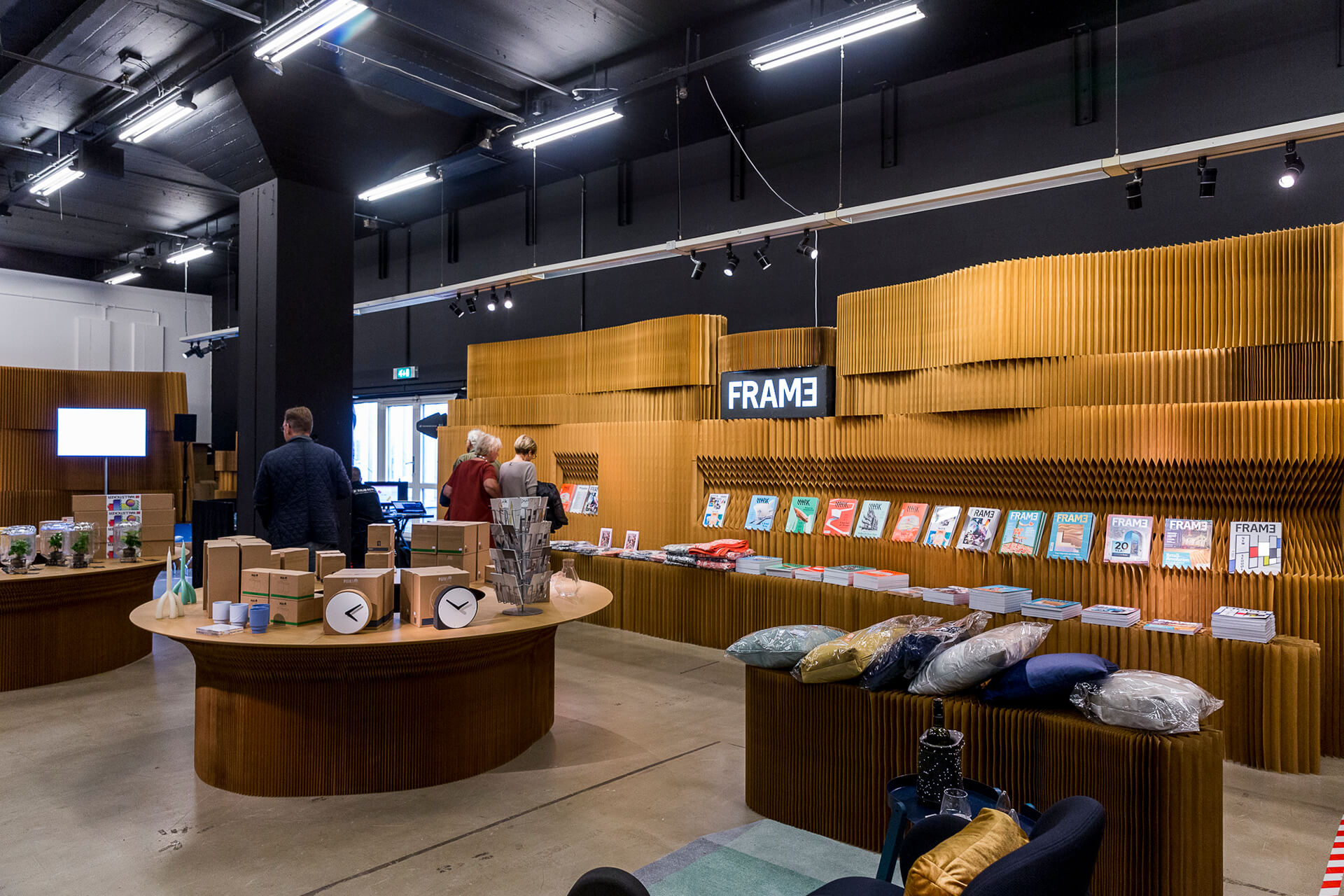 On 21 October, Artifort art director Khodi Feiz, designer Batiaan de Nennie, and de Bijenkorf head of creative Caroline Krouwels concluded that the term ‘Dutch design’ itself is problematic due to its inextricable connotations to Droog design in the 90s. The blunt and dry-humoured approach of Droog may have originated from an inherently Dutch attitude, but since its heyday has failed to produce works that garnered the same acclaim; thus freezing the term in the past with Maarten Baas and Marcel Wanders.

This makes it linguistically difficult to even discuss design from the Netherlands without implicitly referencing the distinctive Droog style. If Dutch design is now ideologically independent from the ideas that only hold meaning in the past, then doesn’t that mean that Dutch design is dead? So concluded the first evening’s speakers.

The following week, a different group of speakers had a more optimistic diagnosis. The second round of Frame Minds: What’s Next for Dutch Design? also made references to Droog, but interpreted ‘Dutch design’ as design that is informed by the quintessentially Dutch attitude of quirkiness, relentless and playful experimentation, and a creative selfishness. Renowned graphic designer-artist Job Wouters, Ace & Tate retail design manager Berit Burema, and de Bijenkorf creative director Vincent Sturkenboom didn’t accept any flashbacks evoked by the concept of Dutch design, and focused instead on what today’s designers are creating and making. 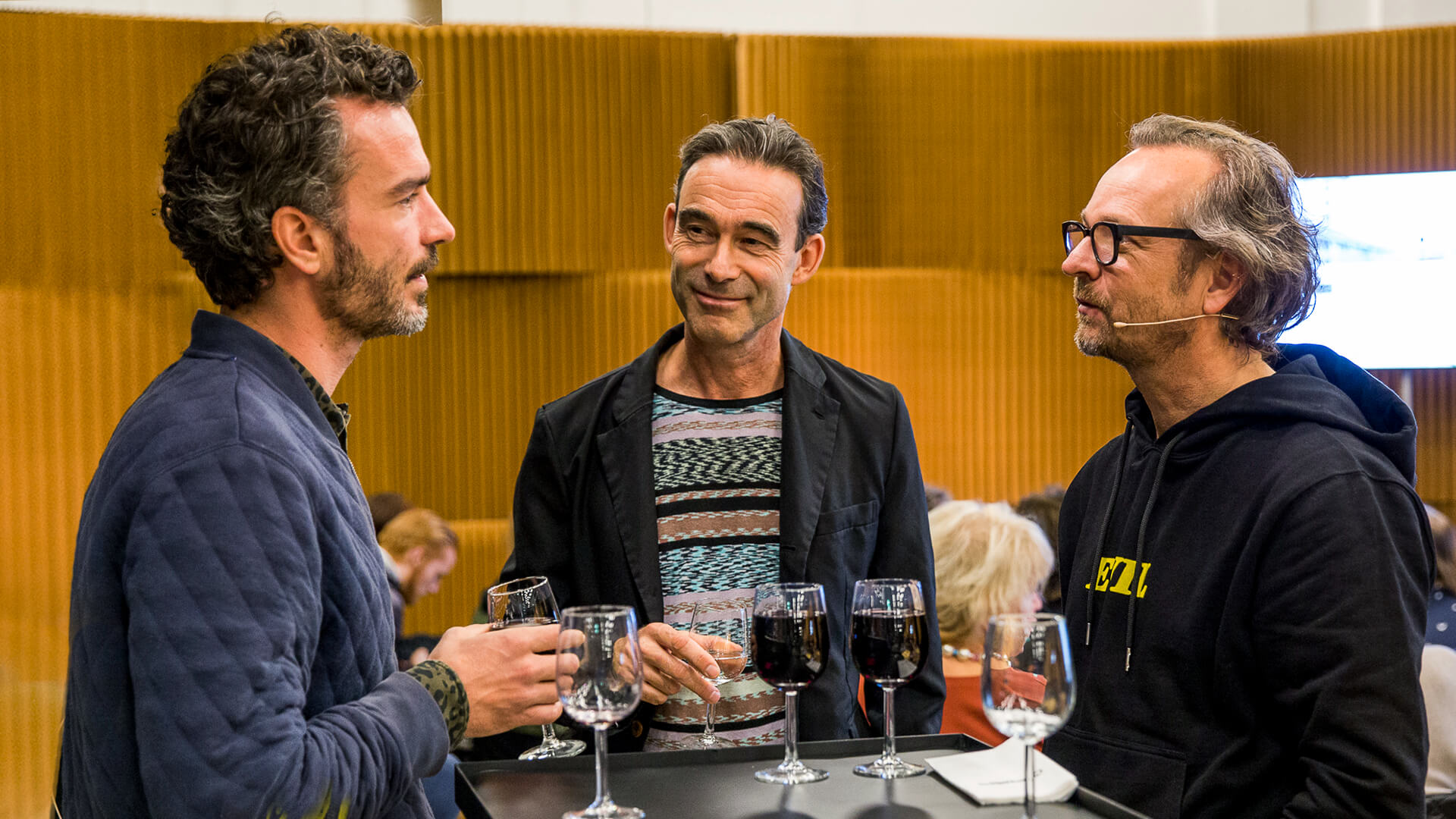 From left: Job Wouters, Robert Thiemann, and Vincent Sturkenboom share a few glasses of wine before the talks begin. 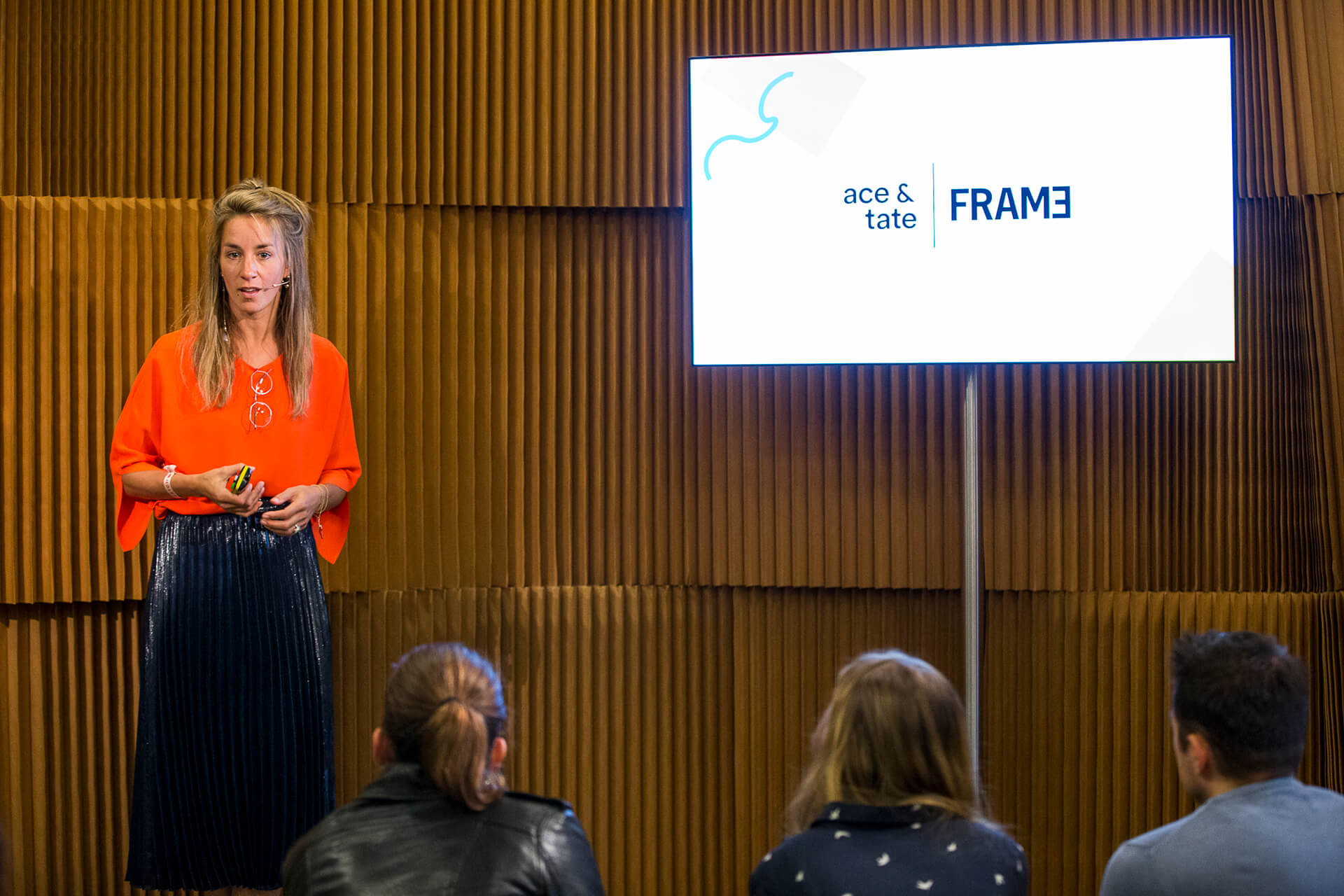 Berit Burema of Ace & Tate shared insights into the experience-focused, locally rooted design approach behind the retail stores the Dutch eyewear brand has opened in European culture capitals such as Copenhagen, Antwerp, Stockholm.

Dutch design is design by Dutch-minded people, they concurred – otherwise ‘it’s a lot of semantics,’ as Wouters points out. The renowned graphic artist also expressed his weariness of national pride and of being boxed-in stylistically. Burema agrees: ‘Anyone – even people who are not of Dutch nationality – can create something that’s Dutch design.’ The speakers also cited the flat landscape of the Netherlands as informing the free spirit of the 90s, and the direct humour and provocative mentality that initiated Droog and is still defines Dutch design today. 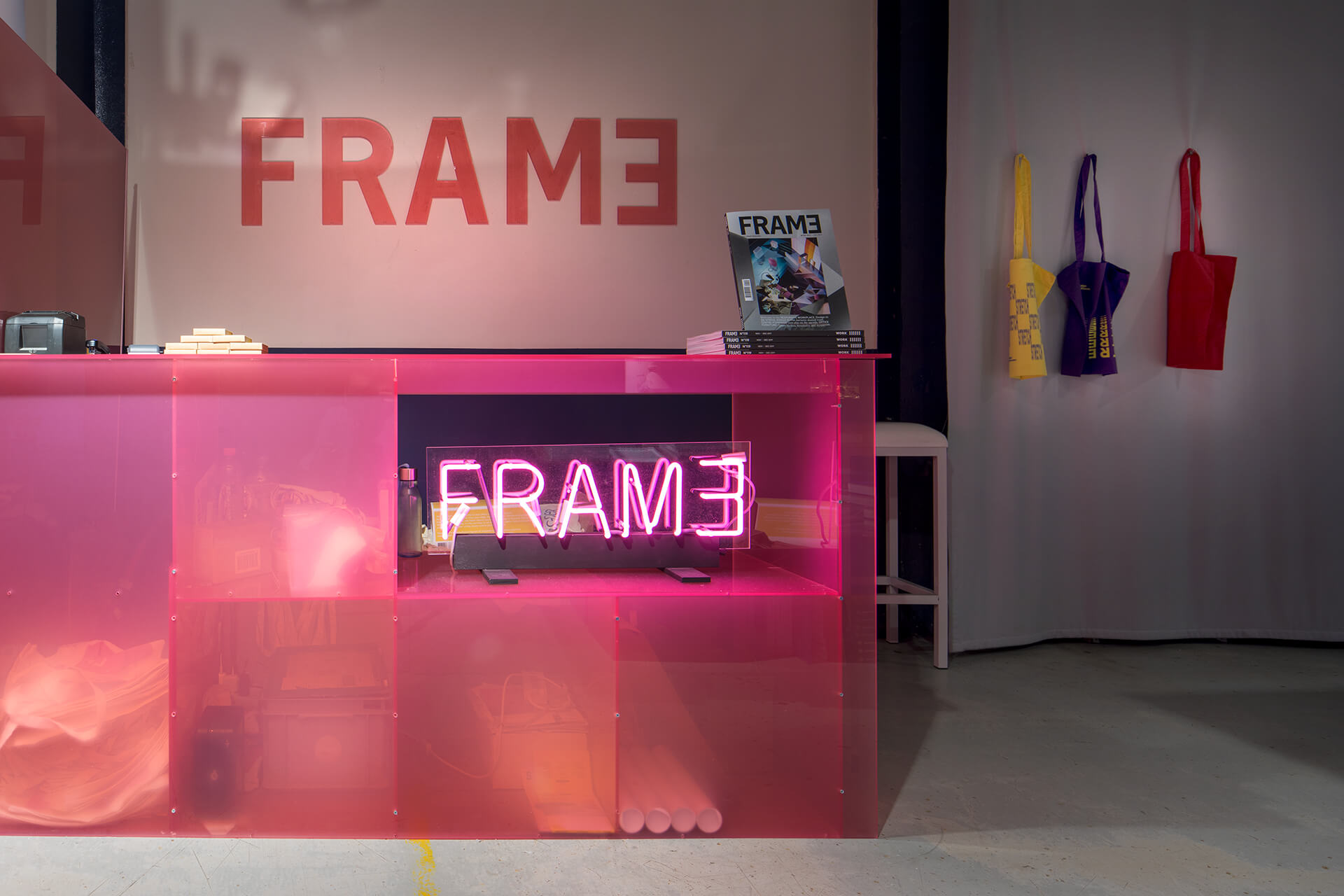 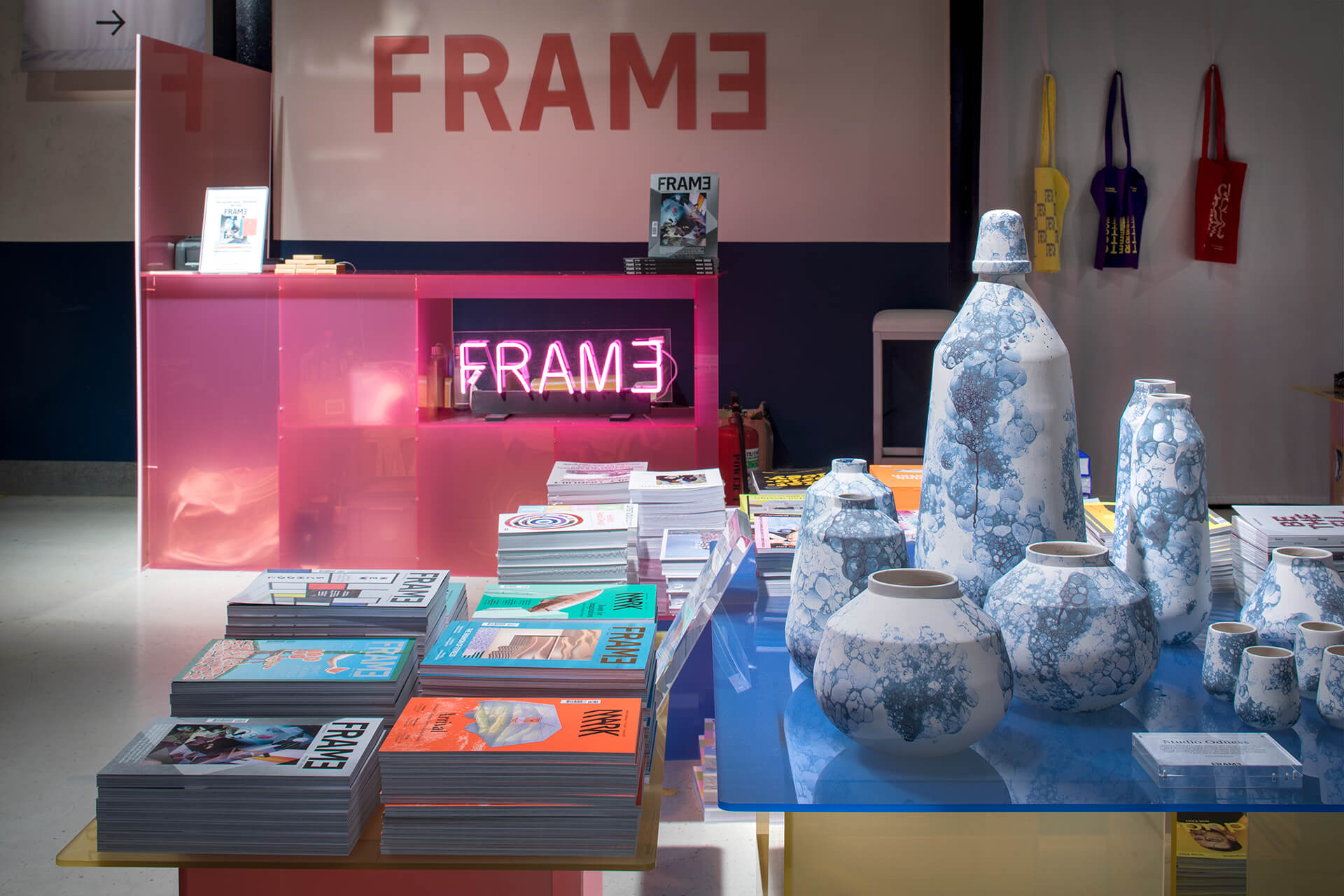 German design is rarely reduced to the singular Bauhaus movement, and Italian design is not necessarily indicative of Memphis; but Droog has – Feiz claims – ‘hijacked the Dutch design platform’. In line with the attitude that forms the cultural backdrop of Dutch creations, the speakers declared state borders irrelevant. Power to the people, what really matters is the design mentality. The attitude that started Droog is still alive, creating work that could be considered Droog’s descendants, yet distinct in its own right.