European hospitality is getting a high-tech update

Just a short walk from the Opera and MuseumsQuartier stands the newly renovated Hotel Beethoven. Housed in a Neo-Renaissance building, the boutique hotel aims to embody the spirit of Viennese Classicism. Guests can attend a chamber music concert held each week in a wing of the hotel, and enjoy themed rooms and suites, each dedicated to a historical figure or artistic expression from Vienna. 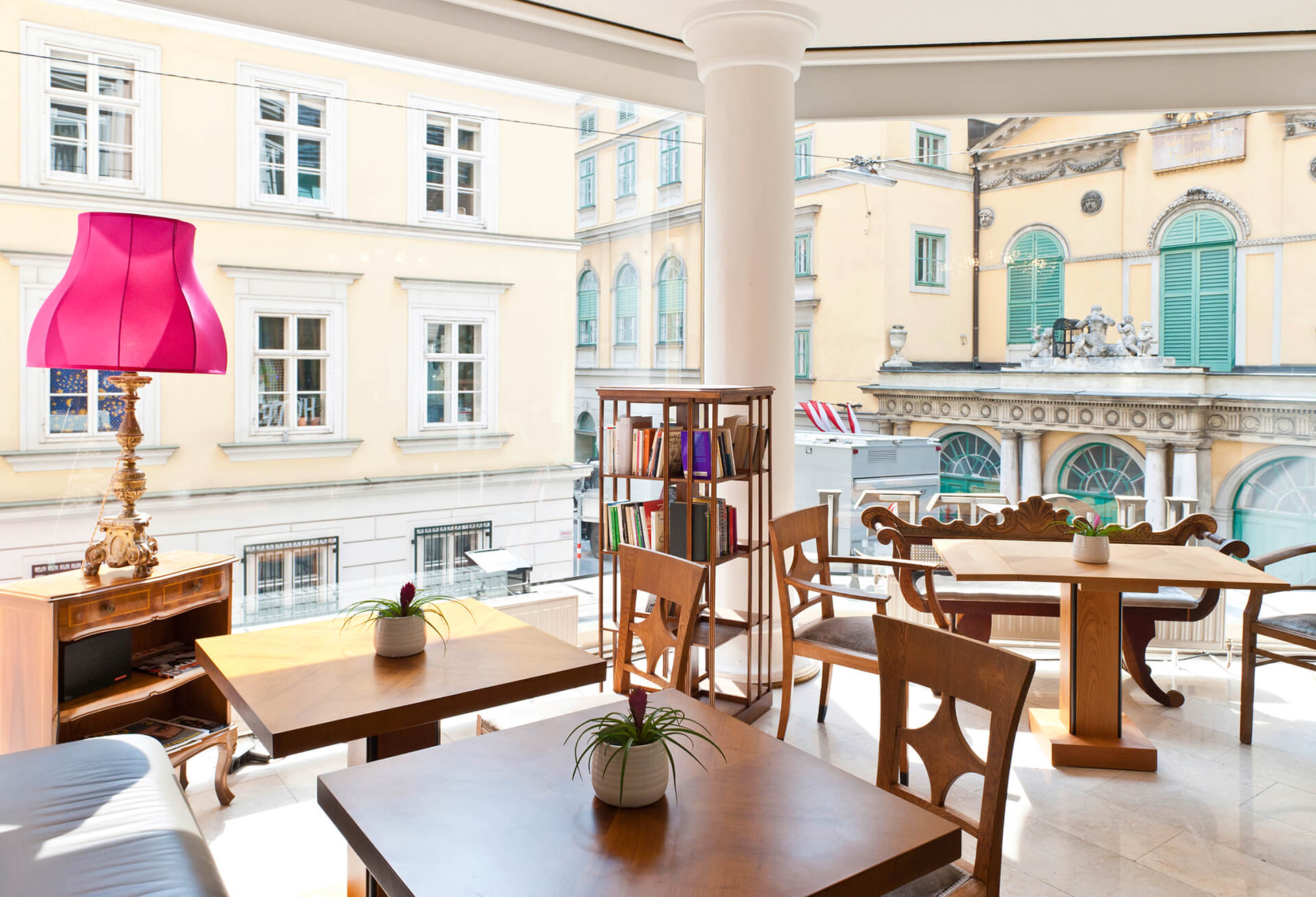 The hotel lounge and bistro overlooks the intersection at Papagenogasse and Millöckergasse, in the cultural heart of Vienna.

Yet this stronghold of Viennese culture has a surprising piece of modern technology and innovative design that would go unremarked in futuristic Tokyo: in its bathrooms. Hotel Beethoven’s 47 rooms and suites are fitted with Cleanet Riva shower toilets by Laufen. 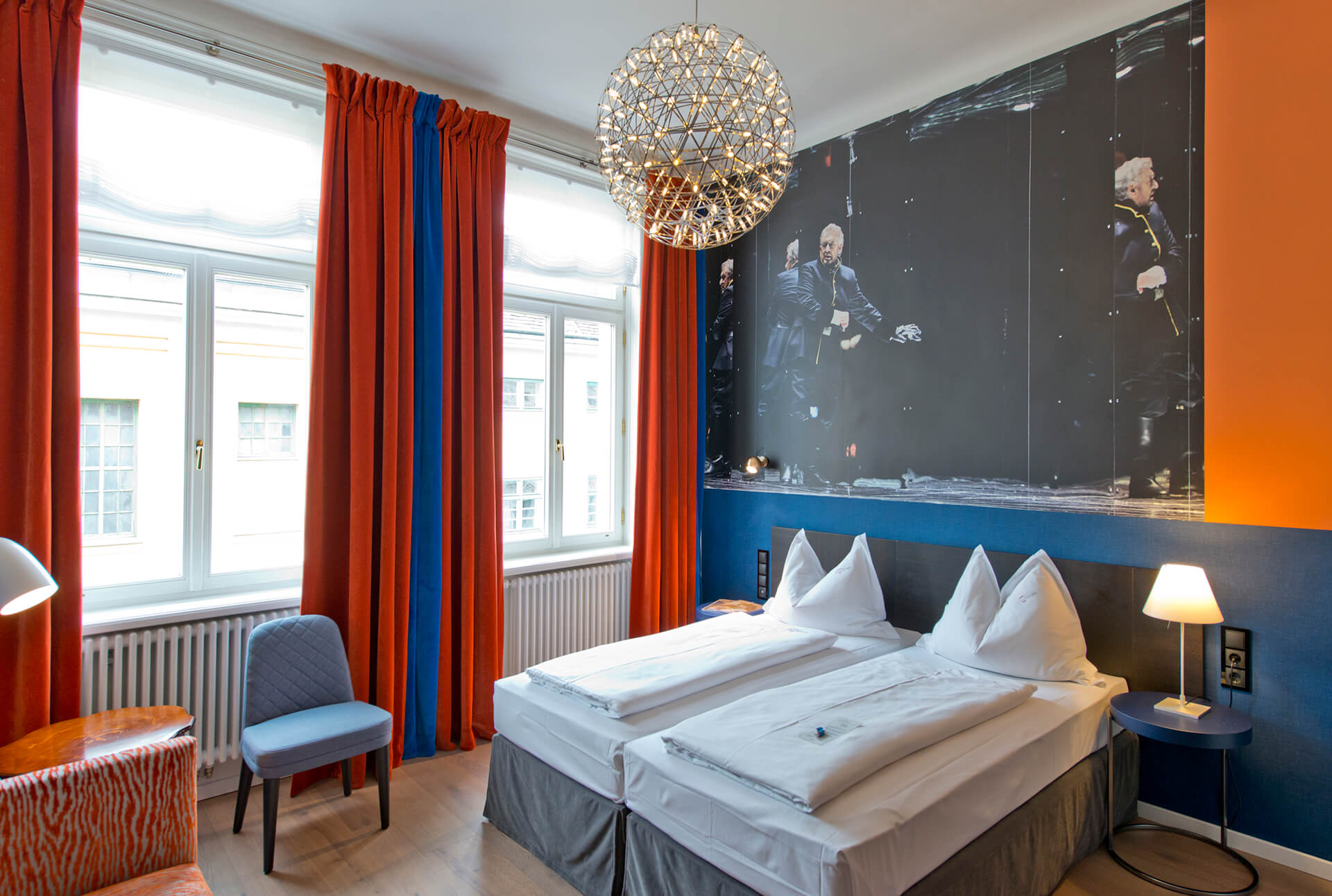 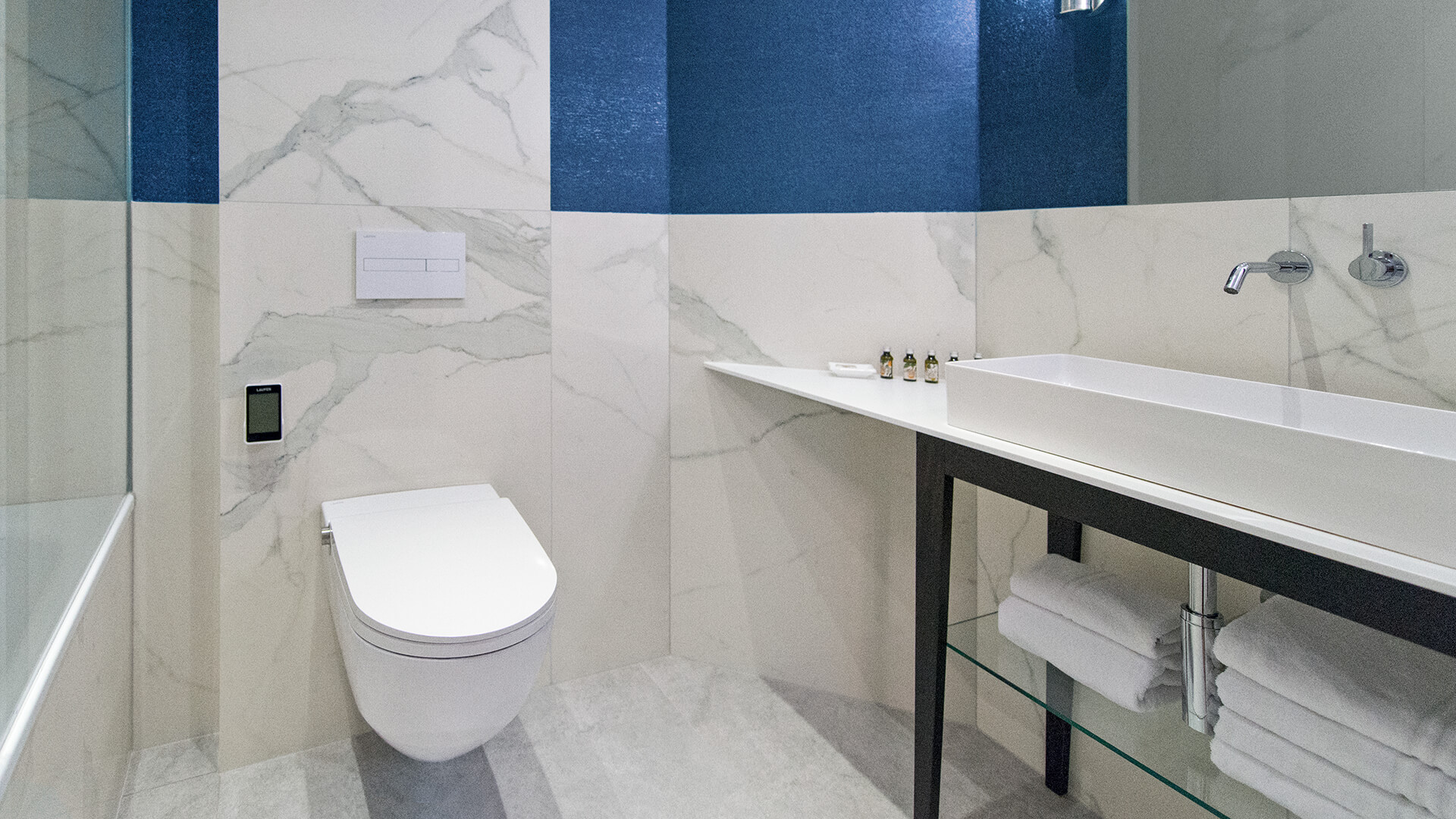 ‘The shower toilet was invented in Switzerland in 1957,’ says Marc Viardot, director of products and marketing and managing director of central Europe at bathroom brand Laufen. It’s a little-known and somewhat surprising fact. Thanks in part to the increase in wealthy travellers from Asia, the global hospitality industry is seeing a growing demand for the integrated bidet – which, taken together with the encasing basin, is referred to as a shower toilet. Infamous in Japan for the accompanying elaborate array of buttons and options for washing, music, seat-heating, and lighting, Laufen is reintroducing the shower toilet to the European market – with some important adaptations.

‘We eliminated the add-ons,’ says Viardot. ‘We focused on the shower toilet’s main function; Riva has no music, no seat heating and no other gadgets.’ 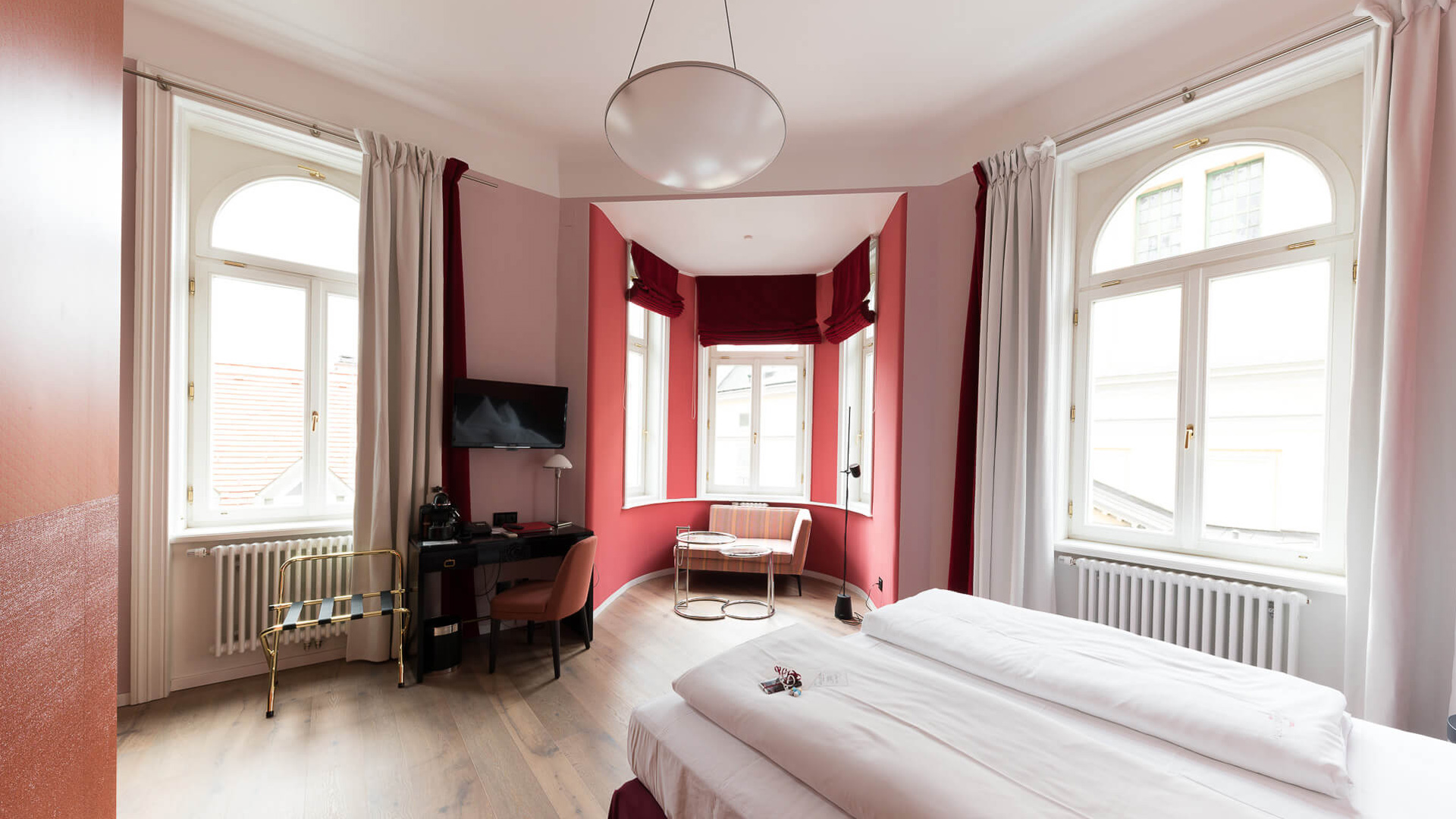 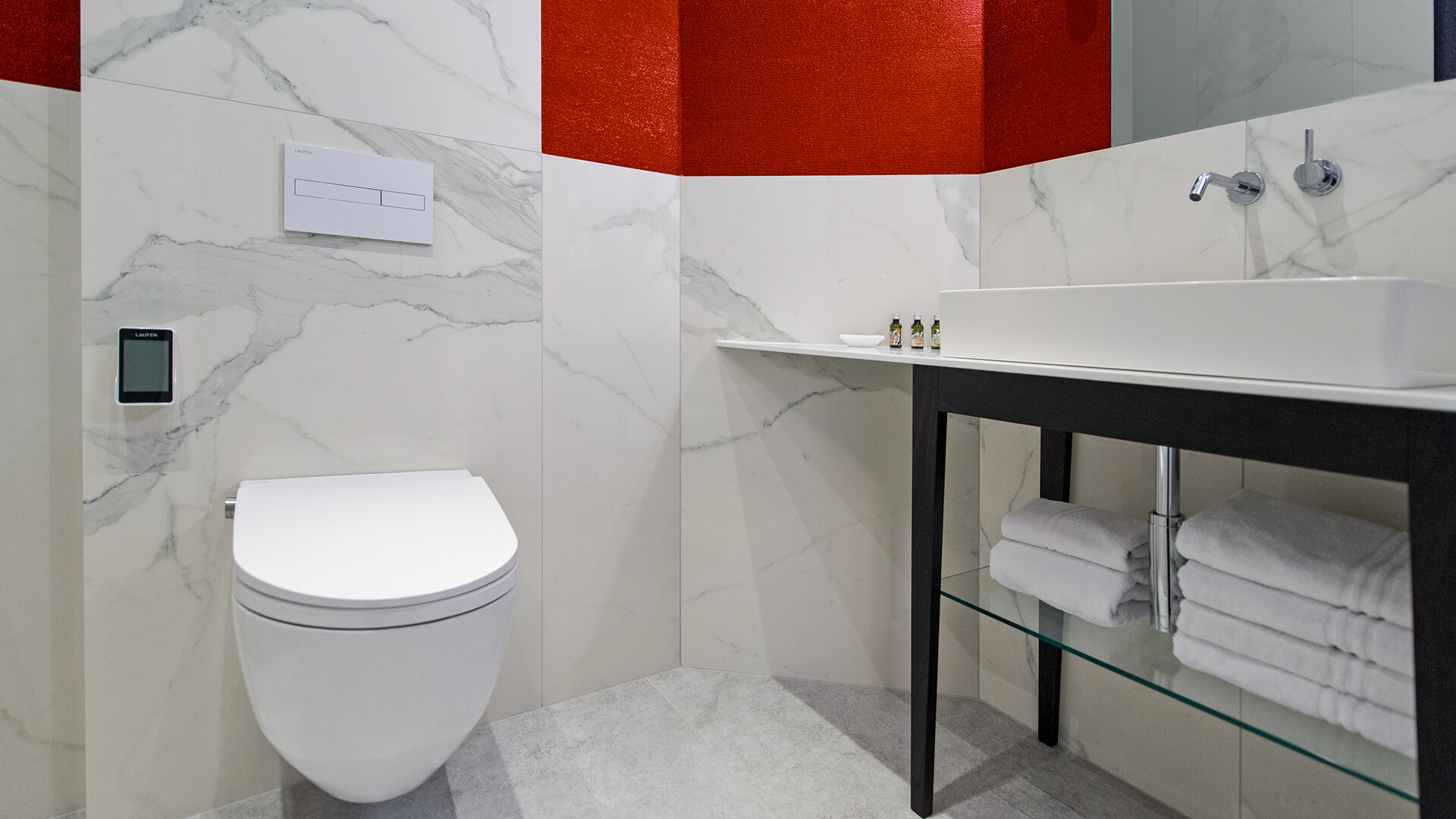 Alongside the Cleanet Riva, the unadorned elegance of the washbasins from the Kartell by Laufen series made in SaphirKeramik complements the overarching design concept.

In fact, Riva is a 100-percent Swiss solution. The rimless ceramic body is produced in Laufen’s Swiss factory, while the electronics are developed by Laufen’s Swiss engineering partner. Laufen’s expertise in the field of ceramics was indispensable, as the implementation of openings that would seamlessly integrate functions like the showerhead and the carbon filter demanded extreme precision.

Laufen’s engineering partner also acquired the European market research that informed the design of Riva. Unsurprisingly, European consumers don’t want Japanese bells and whistles in their toilets. Riva’s simple, elegant, and unadorned design – courtesy of Peter Wirz – ensured that the shower toilet’s function did not overwhelm its form, or its environment.

This simplified approach provides Hotel Beethoven’s guests with a high-tech hygiene solution that complements the aesthetic and concept. ‘Riva looks like a normal toilet and is the only shower toilet with a full ceramic body,’ says Viardot. ‘Our biggest goal was to make it as minimal and light as we could. We believe products like this one should disappear into their surroundings as much as possible, like good architecture.’

Since its launch last year, Riva has been garnering considerable attention. Laufen has always been a research-driven company, Viardot says, having created several innovative products: from the first wall-hanging toilet in the 1960s to the 2013 launch of SaphirKeramik, a super-strong ceramic material that can be sculpted along minimal architectural lines to make ultra-thin designs. ‘And the journey goes on,’ he adds. ‘Riva is a big innovation, and the global market for shower toilets is only increasing. Hotels are early adopters, and the healthcare market in Switzerland has always been important for shower toilets, but we really made Riva for everyone. The question we’re facing now is: how far can you democratize a product without sacrificing quality? We’ll be keeping that in mind as we develop the next generation of shower toilets.’