Fact: The best public library in the world is in the Netherlands

This was the first year a Dutch institution was nominated for the Public Library of the Year award at the annual congress of the International Federation of Library Associations (IFLA). And what do you know? They won.

The prize rewards new and innovative projects, and School 7 in Den Helder reached the top echelon. The jury members, who gathered in Kuala Lumpur, were impressed by the way in which the library collaborated with local partners and focused on social sustainability. The way the KopGroep outpost achieved this, though, is particularly commendable: the institution aimed to offer services that would increase opportunities for everyone and engage users in life-long learning… and they did so through architectural and layout decisions. That’s where Van Veen Architecten and Mars Interieurarchitecten came in. 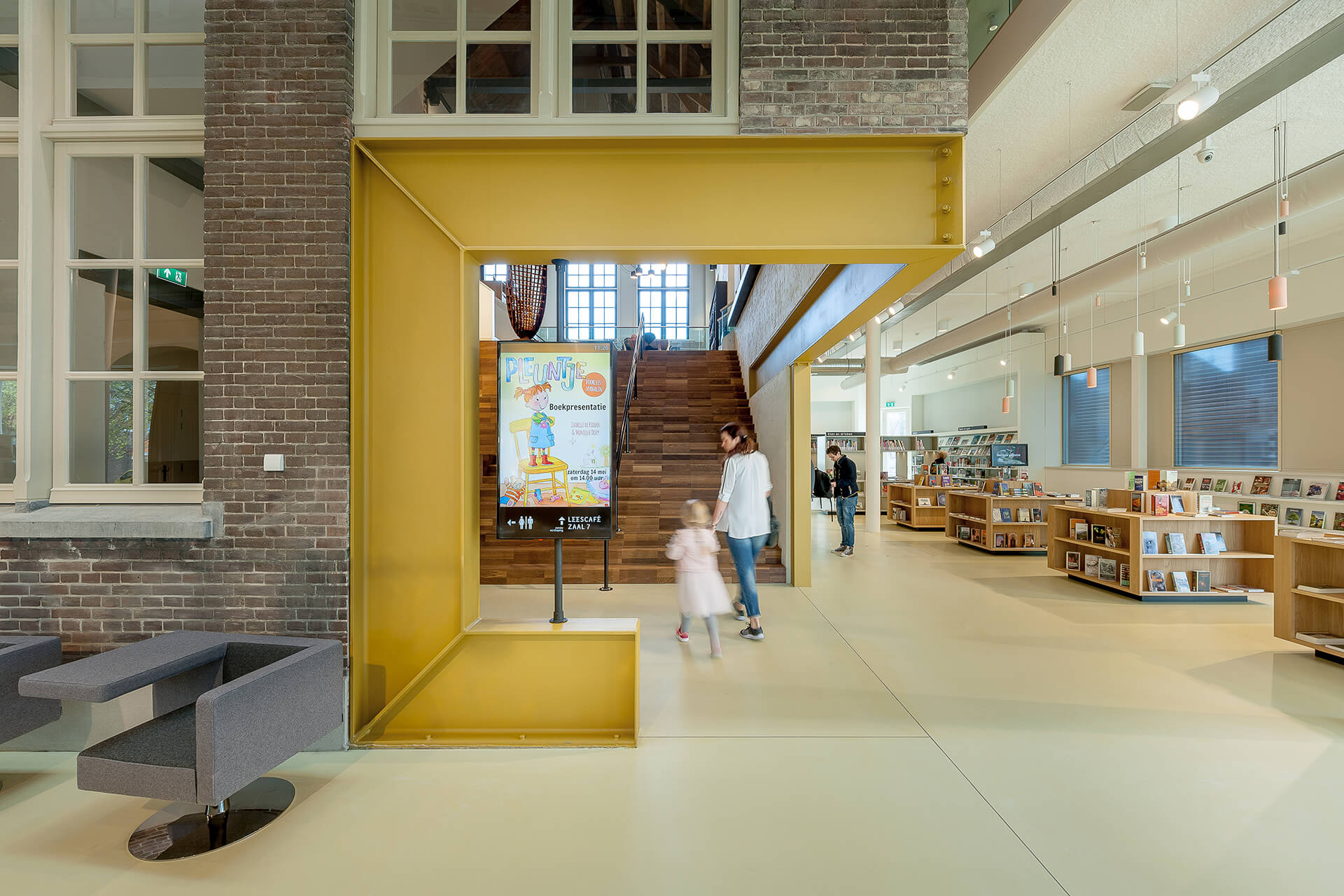 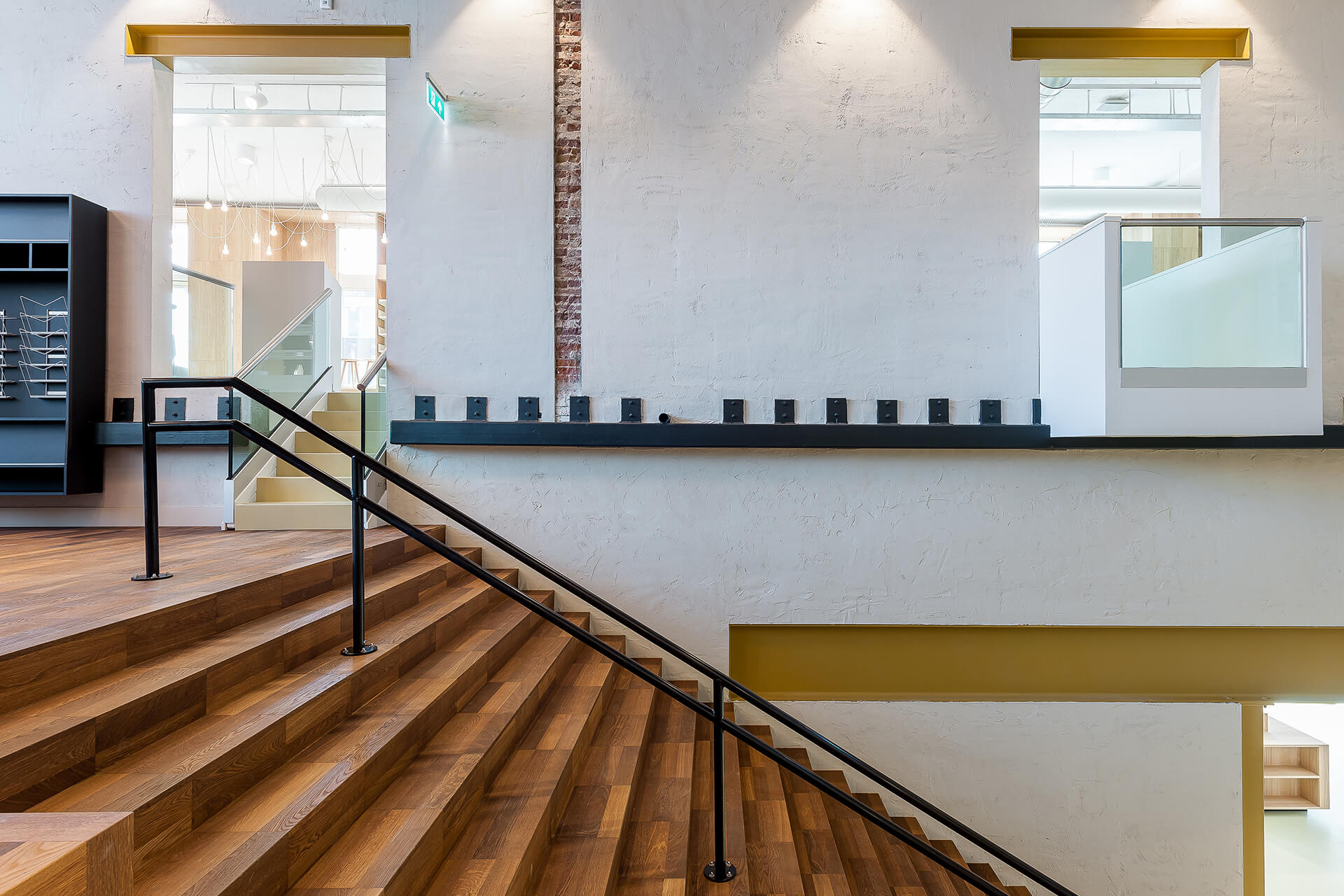 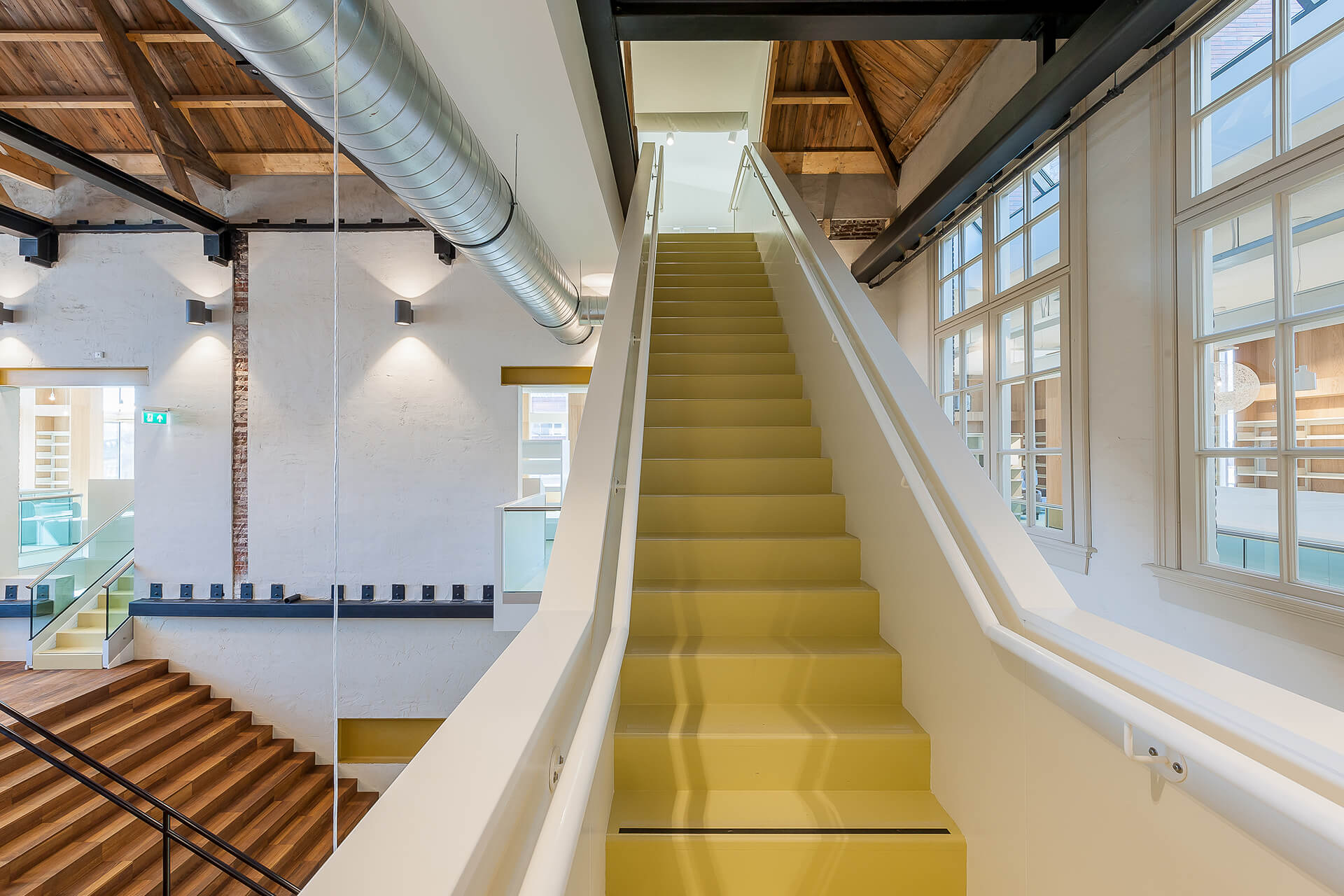 Their project was part of a larger transformation in the city. Den Helder is a coastal city, the northernmost point in the North Holland province. Its claim to fame is being the home of the country’s main naval base, an element that has also been a source of strife for centuries: in 1795 the French cavalry galloped across the frozen Zuiderzee to successfully capture the Dutch fleet – yes, horses beat ships that night – and during World War II it became a German base, which made it a constant bombing target for Allied powers. And now, for the past decade the city has been working on repairing the destroyed parts in its centre, with a plan to create a new vivid area in West 8 that can tackle the rising unemployment rate, the steady decline in population and the dwindling relationship with the sea after the departure of the Royal Willemsoord dockyards. ‘The city desperately needed a warm heart, a new living room,’ explained architect Evelien Van Veen. Enter School 7, named after the educational institution that used to occupy the U-shaped building.

Van Veen and Mars sought to co-design what they call ‘a literary stepping stone’ for social connections: they wanted to provide a place where small groups could gather, have some coffee and read books, newspapers or iPad screens. But they also thought it would be important to connect these meeting areas to the city itself, with views to the urban landscape – that’s why the placement of the windows is dictated by the design of the bookshelves, in order to directly link indoor reading to the outside. 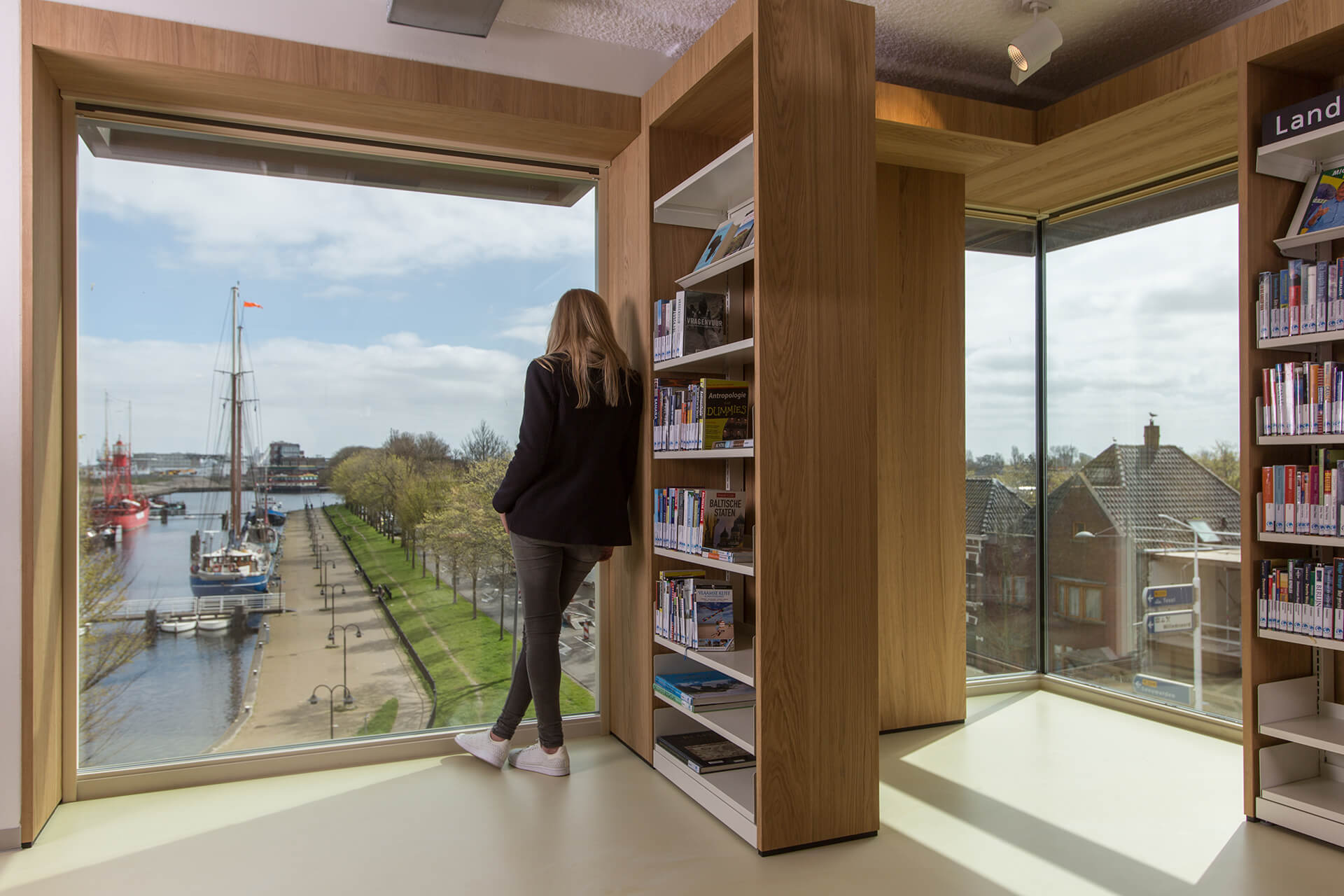 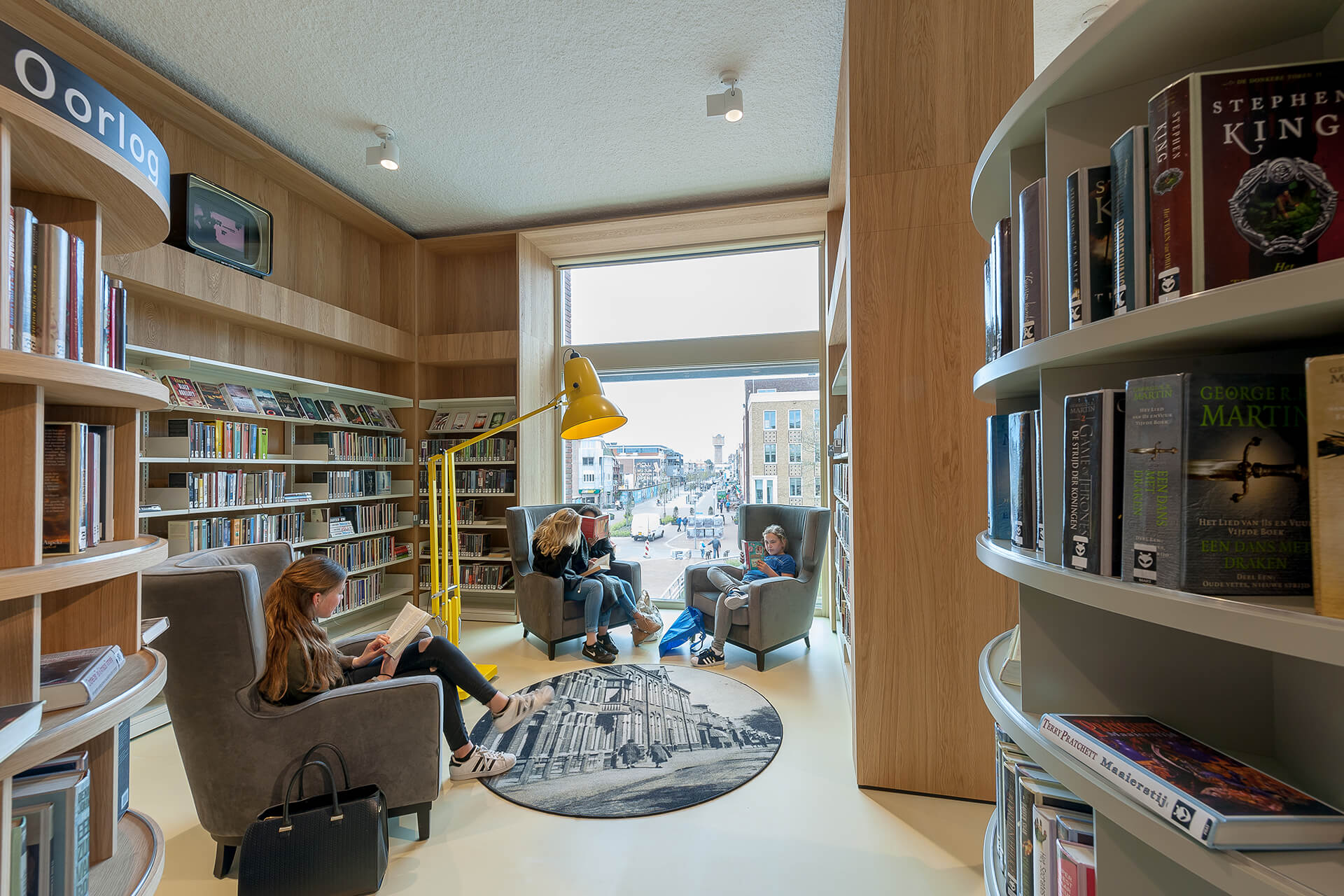 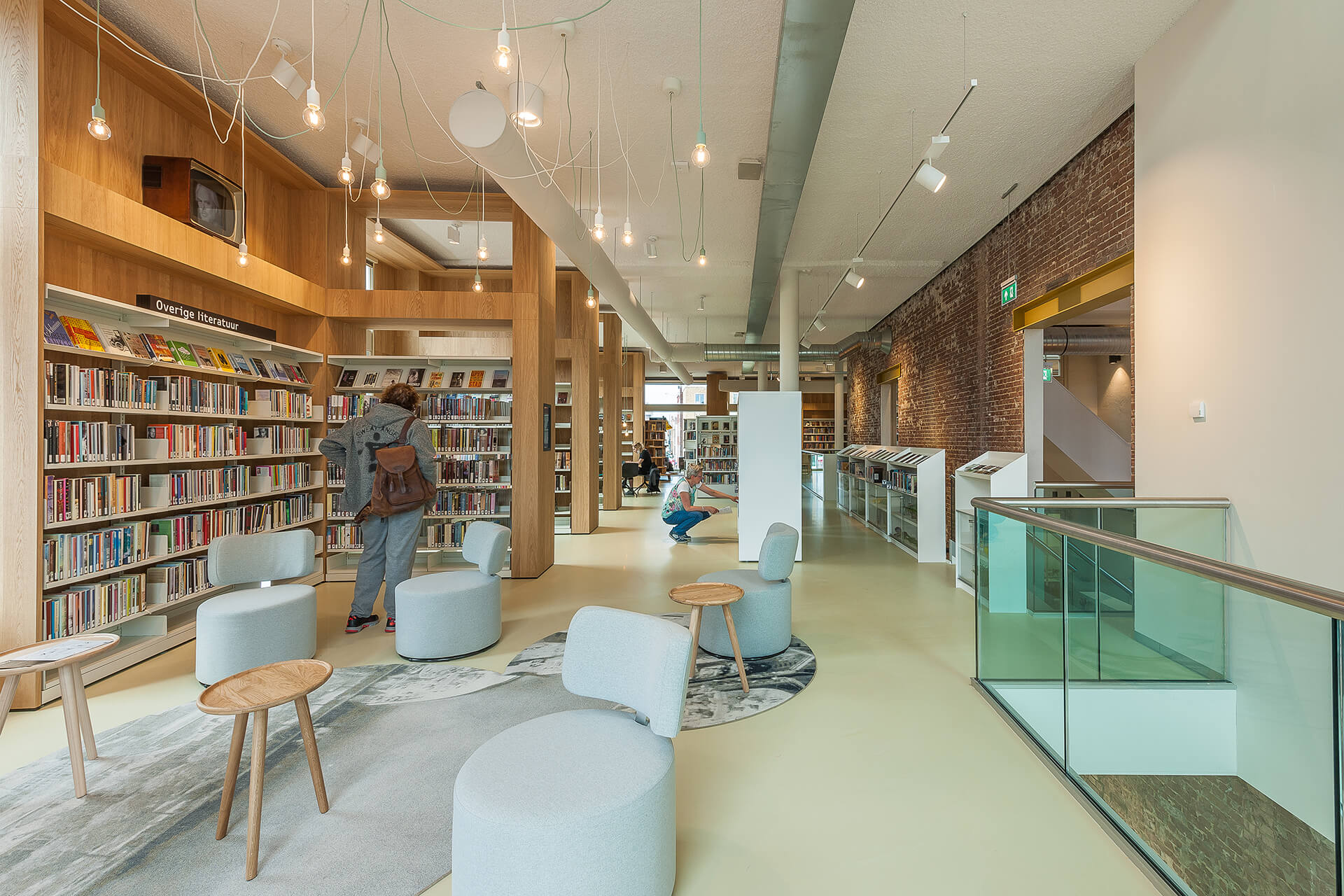 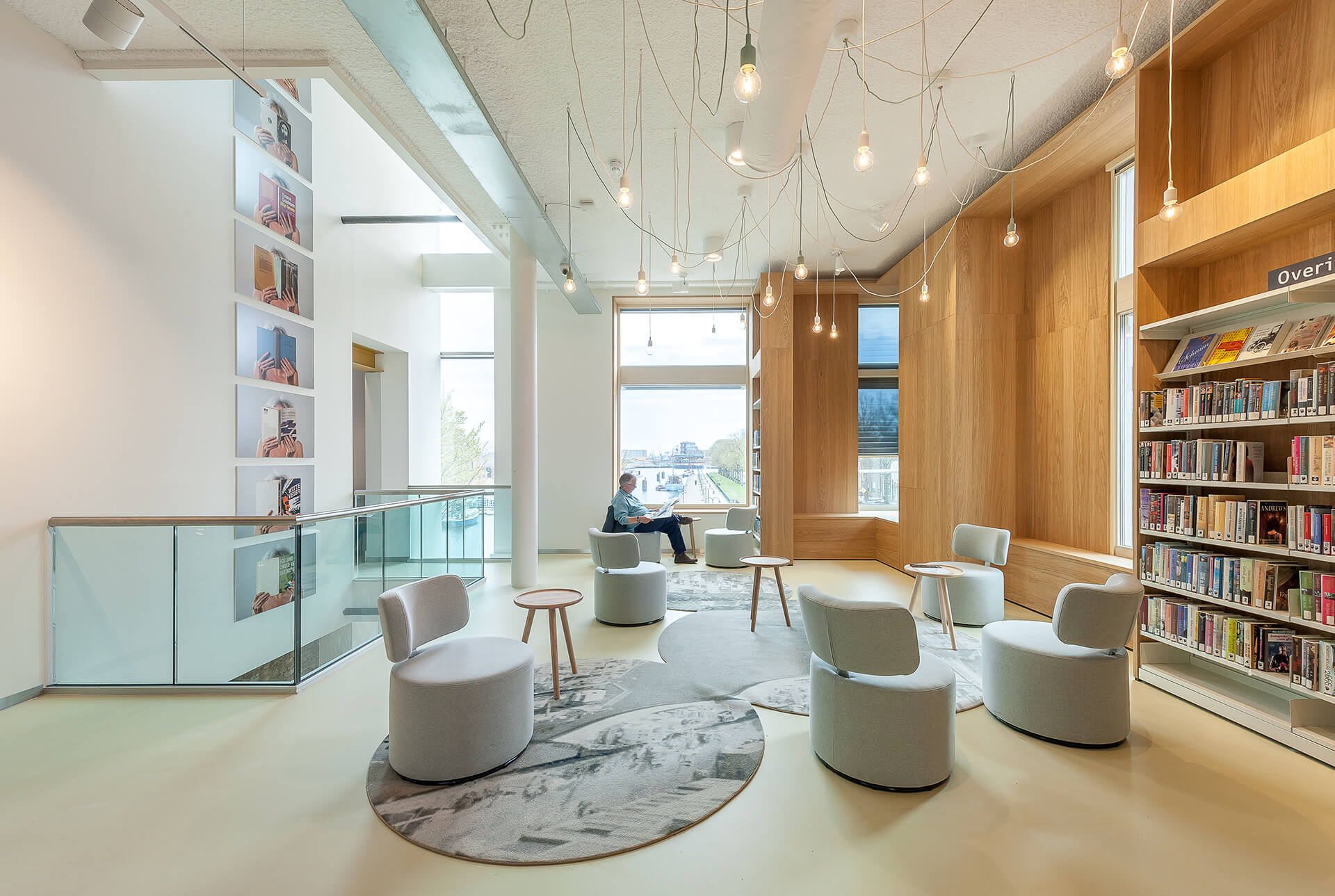 These days, a library has to be more than just a place where you can borrow books

The team also came up with a ‘wooden carpet’: they took out all of the floors in the former building and created a large wooden staircase that goes through the open spaces where the classrooms used to be. That revealed a spectacular wooden gable roof, which is now exposed. There are now bean bags where the toilet stalls used to be. But as the existing part couldn’t handle the weight of the tomes, the architects decided to wrap a new volume around it, with the old and new buildings constantly connecting throughout the space – they even inserted bridges, balconies and open gaps in the old skin so people could see each other walking around wherever they are.

The new building now offers a mix of public functions, from a library to a theatre and a café. ‘These days, a library has to be more than just a place where you can borrow books,’ said Van Veen. 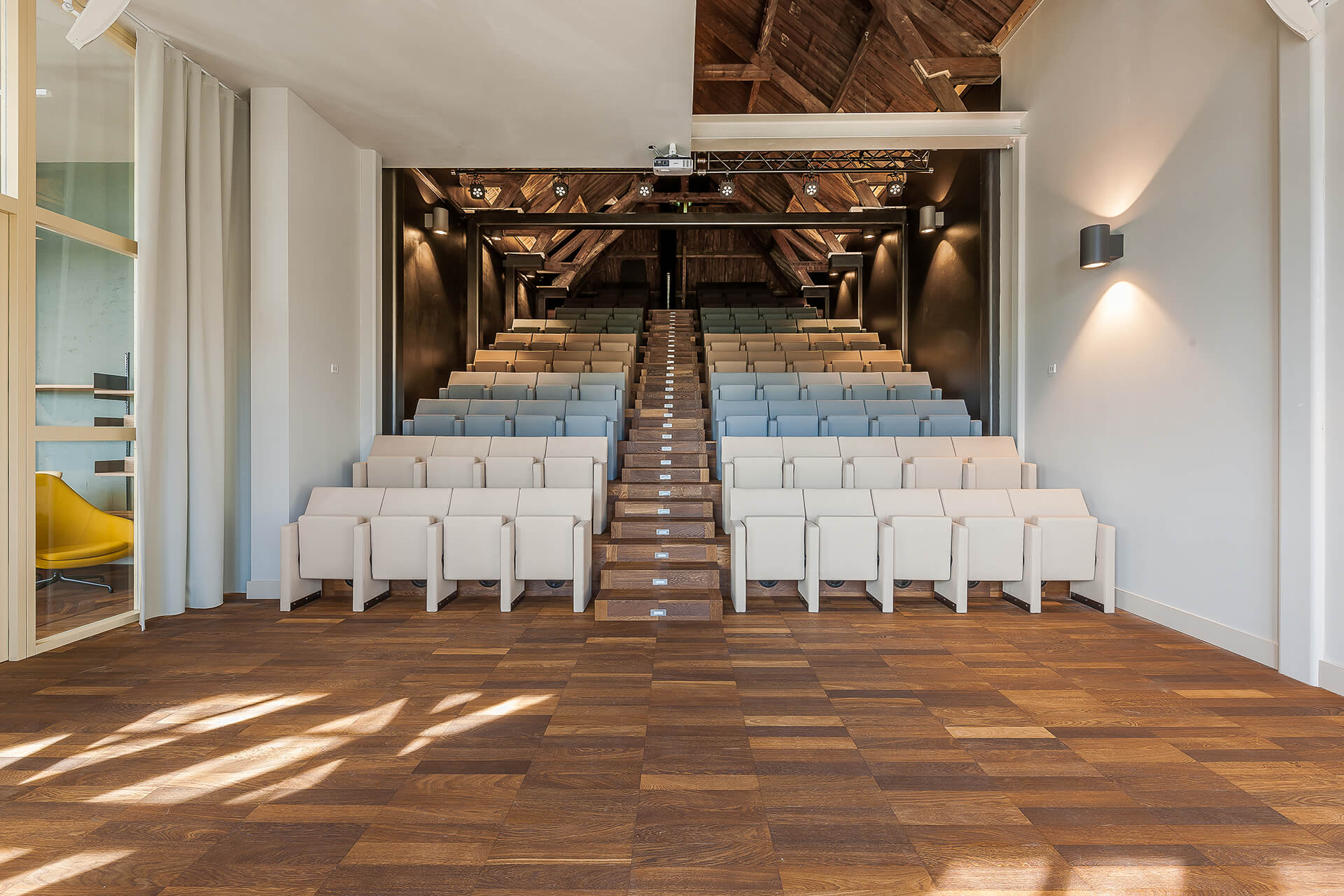 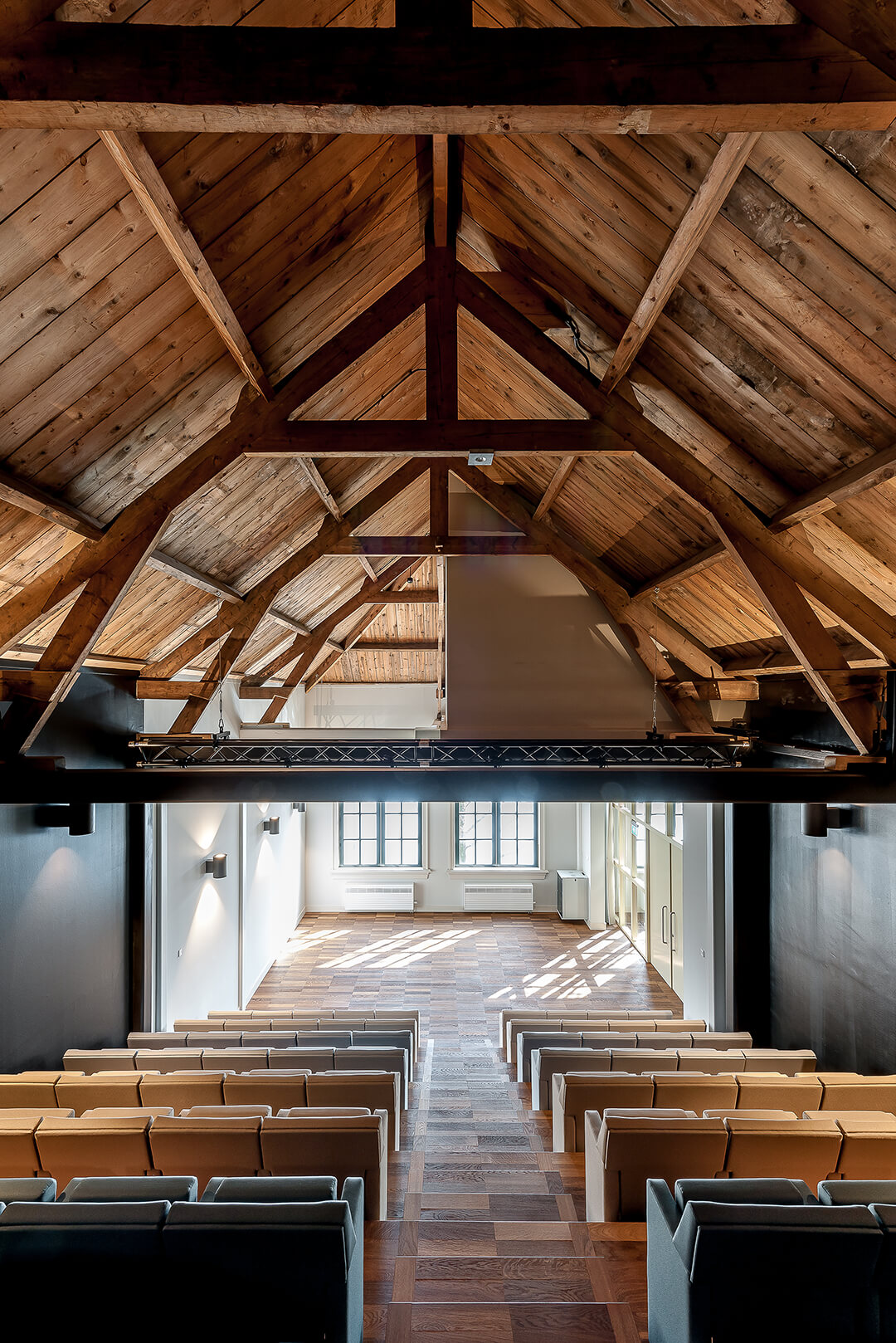 And while all of this works functionally, it also seems to be working emotionally: ‘Many people went to this school, and that’s part of the project’s success,’ added the Rotterdam-based architect. The unit opened in 2016 and, for new generations of Heldernaars, inner-centre renovation projects such as this one may provide an alternative to the anchor that the dockyards took away with them.