EKEAS – If Finnbogi Petursson would have become an architect, his buildings would have been flooded with scientifically well considered light beams. But, as it happens, he decided to become an artist instead. Currently, his work Tide can be experienced as part of an exhibition called By Water, the most extensive collection of contemporary Icelandic art in Finland, which runs until September in its coastal location southwest of Helsinki. 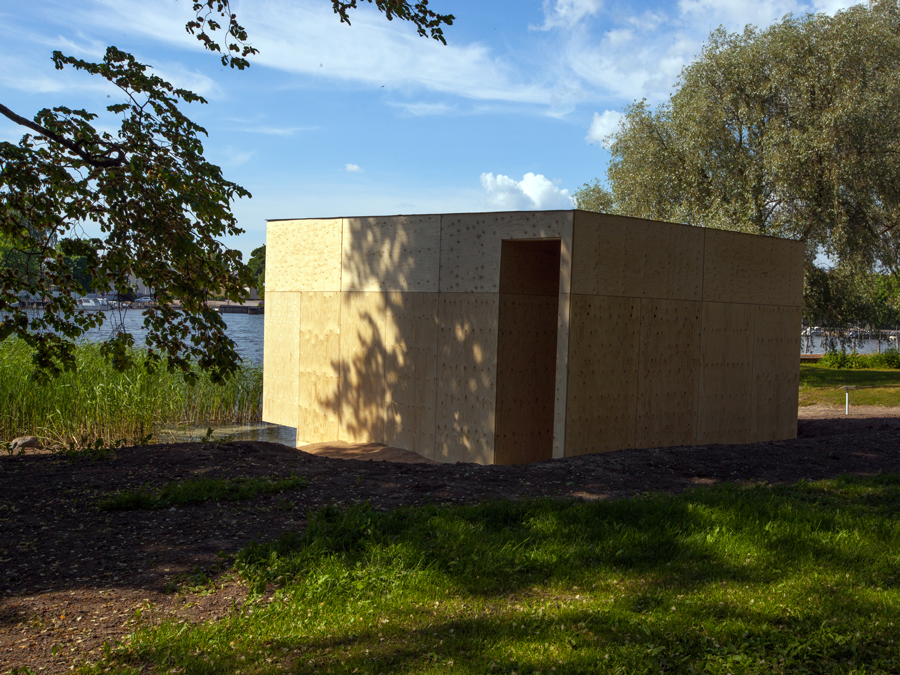 In Petursson’s installation the light looks like sound. The simple shed is situated by – and slightly jutting over – a lake, with the side facing the water featuring an opening just above the surface. Seen from the outside, this simple volume is not very spectacular; however, on entering the space, it is an entirely different story for the viewer – with impressions of water, sun and fire seeming to mix right in front of your eyes. When the light on the outside bounces off the rippling lake, reflections spiral into the interior of the wooden pavilion, continuously drawing flowing waves on the walls and ceiling that share the warmth of fire and the continuity sound. 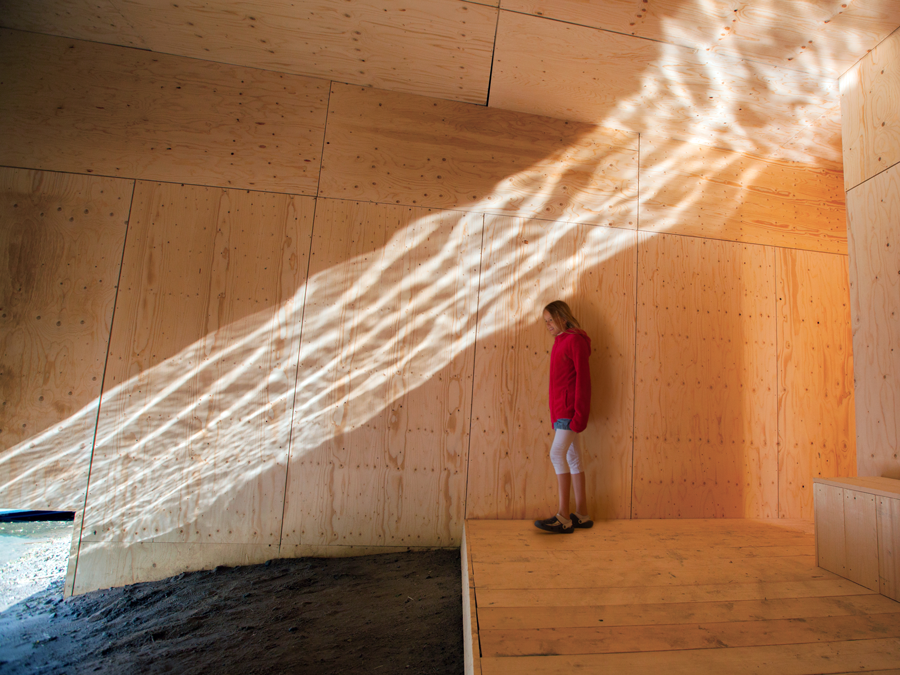 Petursson, who studied at the Jan Van Eyck Akademie in the Netherlands for a while and describes himself as a sound artist, is mostly occupied with unconstructed waves – be it sound or light – and puts them into dialogue with nature and science, the permanent and the ephemeral.

By Water is investigating the relationship between water and people, its use, ownership, conservation and protection. The exhibition is spread out between four different venues which can be visited until 12 September 2016.