The University of Osijek’s Faculty of Civil Engineering has existed in various guises over the years. It started out as a technical college in 1976 and was amalgamated into the university in 1982 – though it never had a place to call home, positioning itself instead in a number of old, inadequate buildings scattered around the city. Fast forward to the present day, the faculty is now one of eleven schools that make up the university in the east of Croatia and it finally has a permanent location thanks to Dinko Peračić and Roman Šilje. The architects’ concrete structure creates a common space within the campus for informal learning, social gathering, events and exhibitions. Completed at the end of 2016, the first cohort of architecture students is already making use of the new, fit-for-purpose facility.

When the urban plan for the campus plot was originally proposed, it was expected that there would be multiple faculty buildings, constructed close enough together that they could form one large, connected structure.

‘The Faculty of Civil Engineering was supposed to be squeezed in between two other schools, separated by long, deep and narrow passages,’ Peračić describes. With a mere 10 m of breathing space on either side, the architects’ response was to counteract the imposed limitations of the site by altering the shape of the building’s volume. ‘The east elevation is slanted in order to provide air, sun and views, despite the context of the location.’ 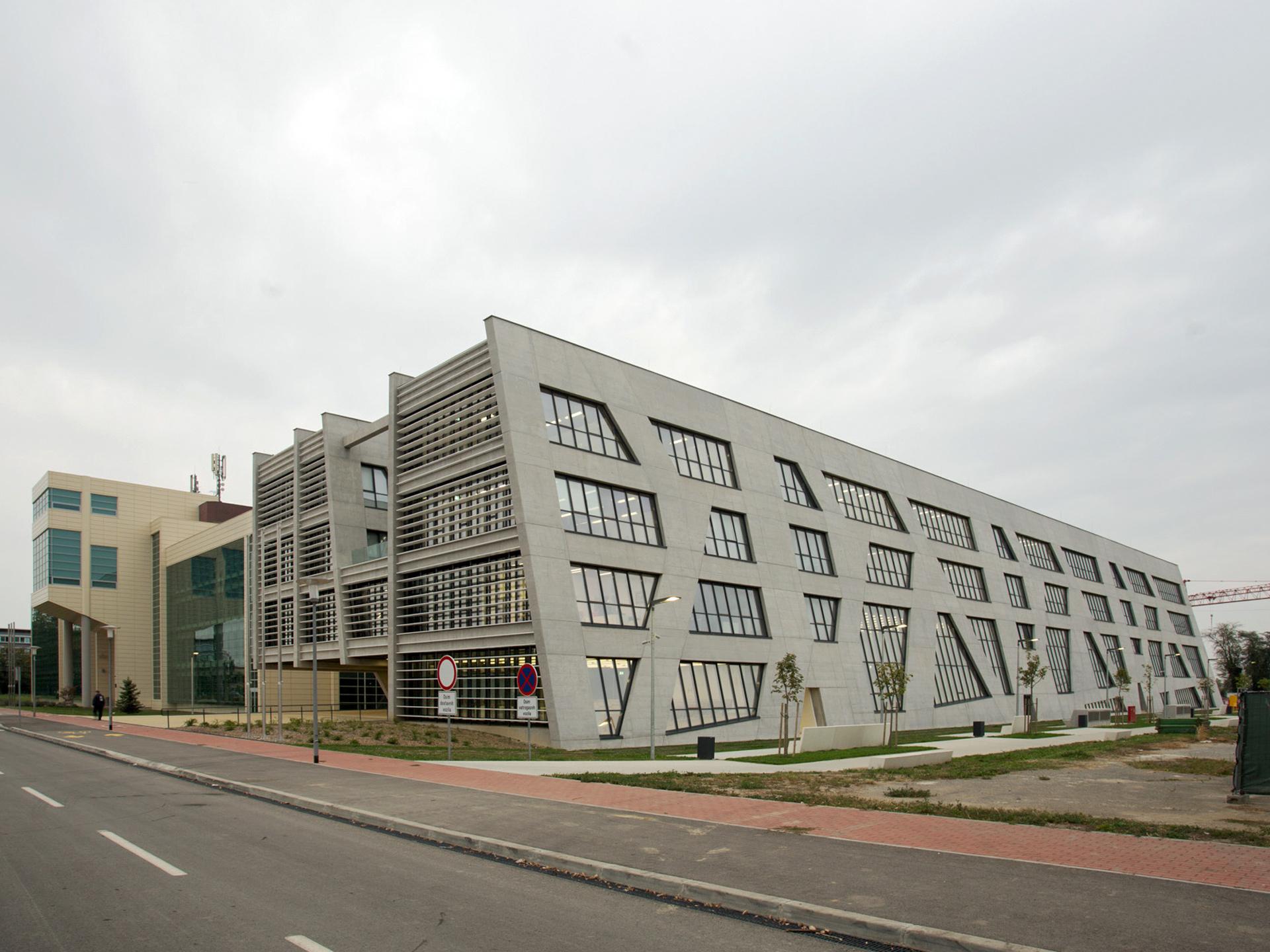 ‘The visible concrete construction – both on the outside and the inside of the building – and the continuous linear distribution of content on the long axis are the main elements which have determined the function and the design of the building,’ the architects note. The five loadbearing screens – interspersed with large openings which increase the access and visibility between spaces – are 600-mm thick, of which 120 mm constitutes the insulation between the two concrete layers. Each wall runs the full length of the building. ‘The space is entirely moulded by the five supporting walls,’ Peračić continues. ‘They give the structure its shape, profile the cross section, establish relationships and create flows inside the building.’ 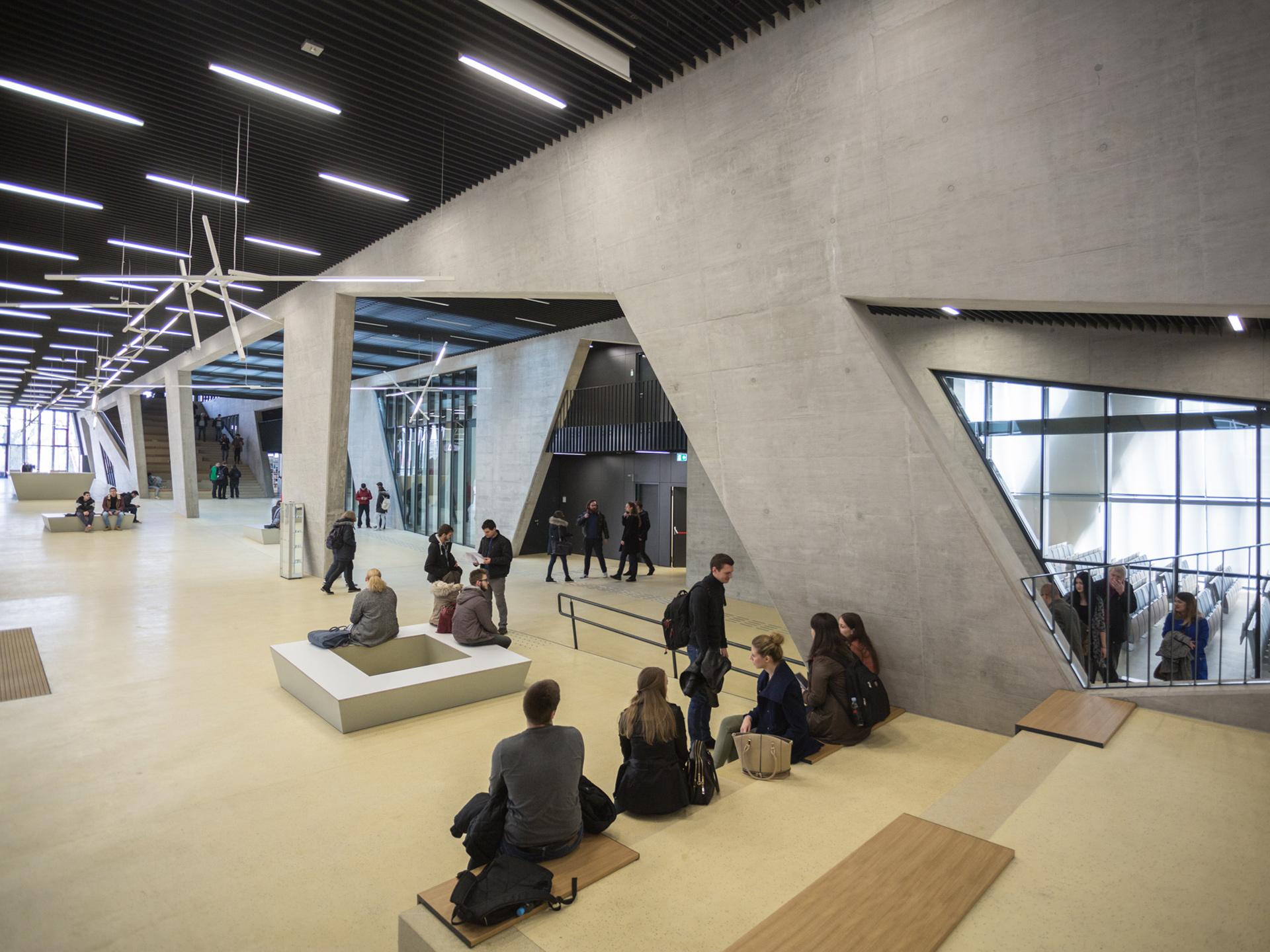 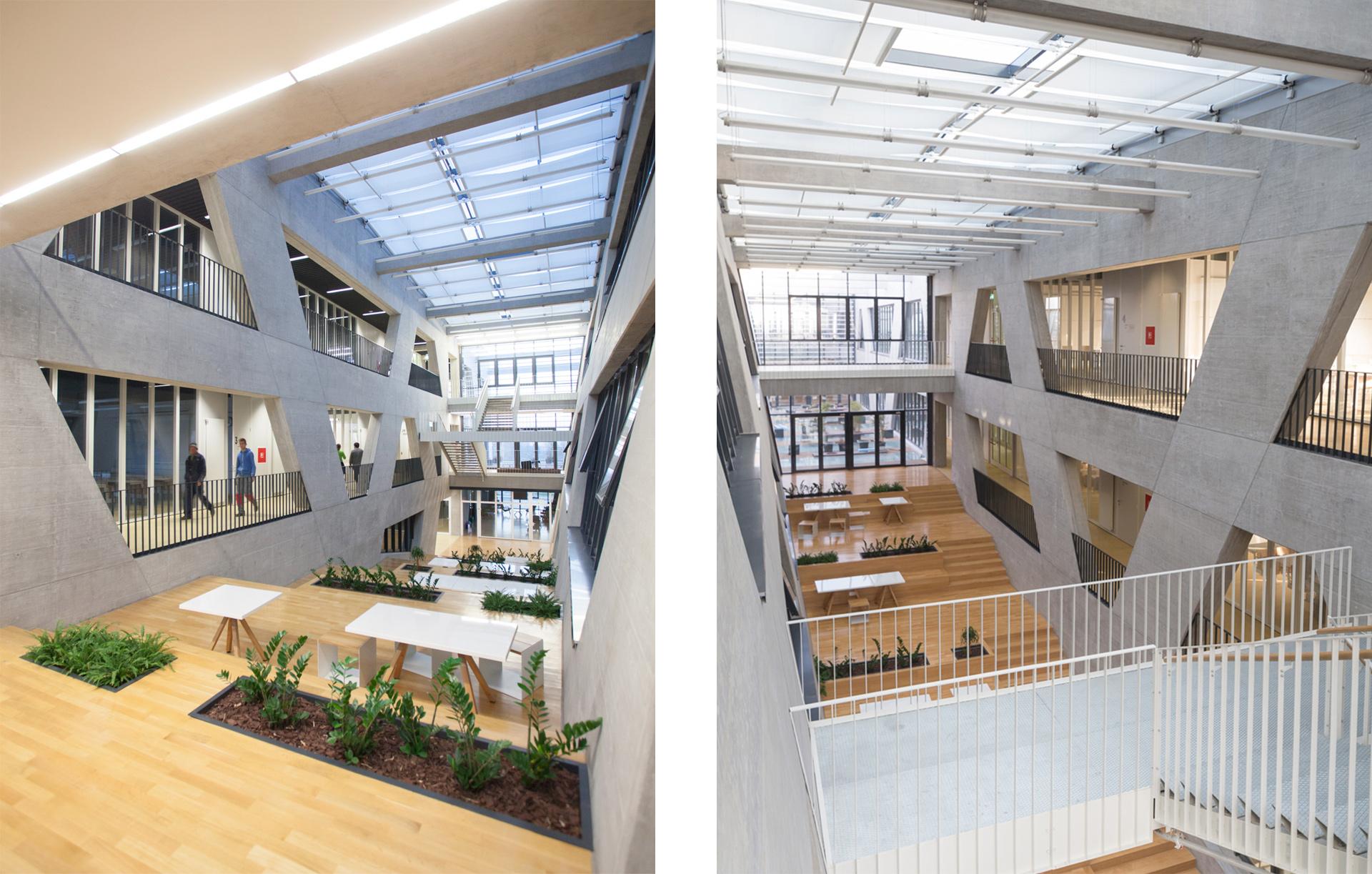 Internally, the central hall – a multi-storey atrium with an expansive, longitudinal staircase – forms connections both literally, providing access between learning areas, and metaphorically, as a place for assembly and social interaction. The full ethos of the project revolves around openness and visibility in an almost rebellious conflict with the narrow site. 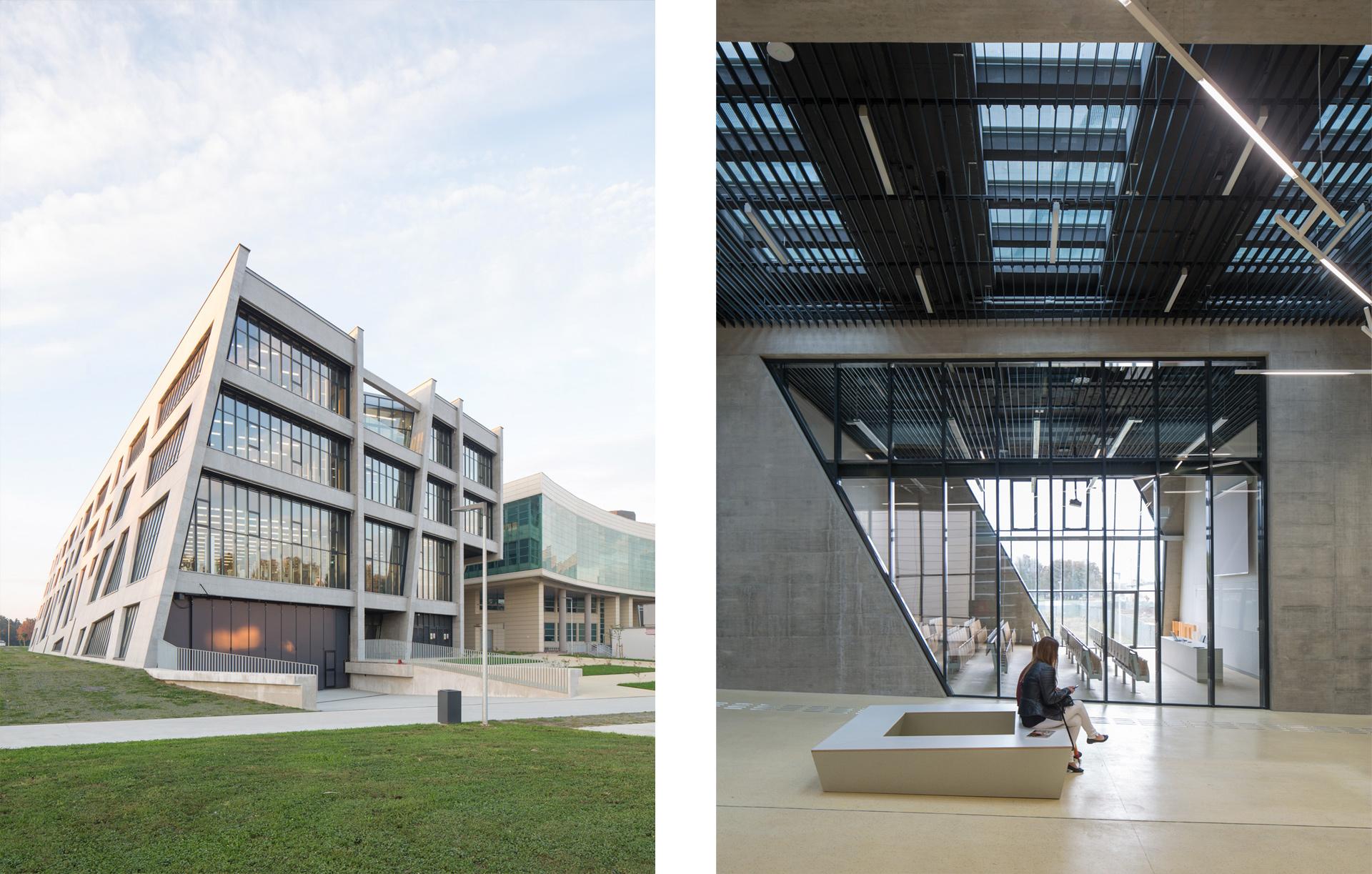 Ironically, the building intended for the plot to the east of the Faculty of Civil Engineering will now be moved a further 15-m away, after the university decided to lessen the density of the campus complex. However, Peračić sums up how the project benefited from the tight location constraints:  ‘It’s a cinematographic experience to move through the building, since the scenes are changing and developing as one moves through the space. It’s not a schematic, simplified space but rather a complex experience made out of a flow of elaborated scenes. We like to feel it rather as a spatial condition than as a building.’