Five Days of Frame #117: inventing a stage for remote co-working

‘I was inspired to develop a new language for a global workforce that operates in both the digital and the physical worlds,’ says Maya Pindeus, who was one of the participants in the Frame Challenge for issue #117, in which we asked emerging designers to come up with future-forward design concepts for tomorrow’s workspace.

Pindeus is talking about her concept for a connected environment that facilitates communication between remote co-workers, which, following publication in Frame, has taken physical shape in her graduation project Reach for the Royal College of Art and Imperial College London.

To enable a physical dialogue over distance, Pindeus designed an interactive interface that allows co-workers to collaborate on a project, no matter their locations. How does that work? Physical prototypes are captured and translated into 3D projections, which become visible in each worker’s remote work environment. Because the system operates via the cloud, the 3D projection can be altered in real time. Any changes discussed and ideas exchanged can be visualized directly, allowing for instantaneous decision-making.

Reinventing the process of long-distance creative collaboration is a necessary step to keep up with today’s fast-changing and increasingly automated world of work, according to Pindeus. ‘By 2020, 40 per cent of workers will be relying on temporary assignments, and 60 per cent of all jobs could be at least partially automated. These figures point to a global trend that is already disrupting human interaction within work environments, which extend beyond the traditional physical office,’ says Pindeus. 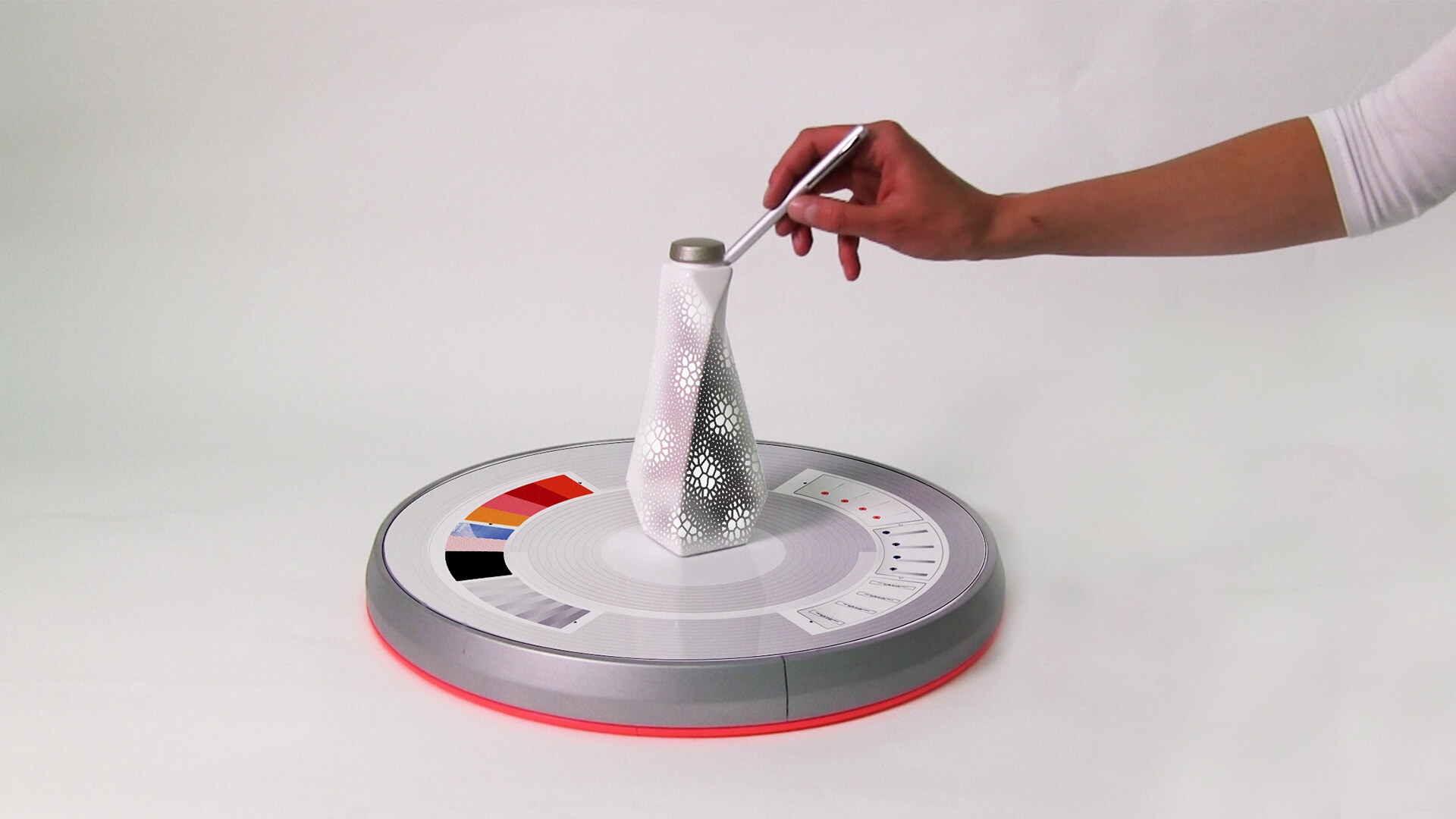 Read more about Maya Pindeus’s tool for tomorrow’s workspace in Frame #117, which is out now.