Five Days of Frame 118: The making of the cover

To kick-off the newest issue of Frame magazine, we’ll be posting five days of exclusive online content throughout the month.

For the cover of the September/October issue, we asked Dutch still-life photographer Rein Janssen to depict the magazine’s theme – Home-Grown Hospitality – with an ‘appetizing’ image. Today, we speak to the man behind the camera about his inspiration and creative process.

How did you interpret the brief of Frame?
REIN JANSSEN: It was quite a challenge to translate the title Home-Grown Hotels into a single image. The requirement to add a spatial aspect fits really well with my working method. I like to build the scene directly in front of the camera. The briefing felt like it was meant for me: to create a clean, iconic image high in contrast and full of colour and shape. 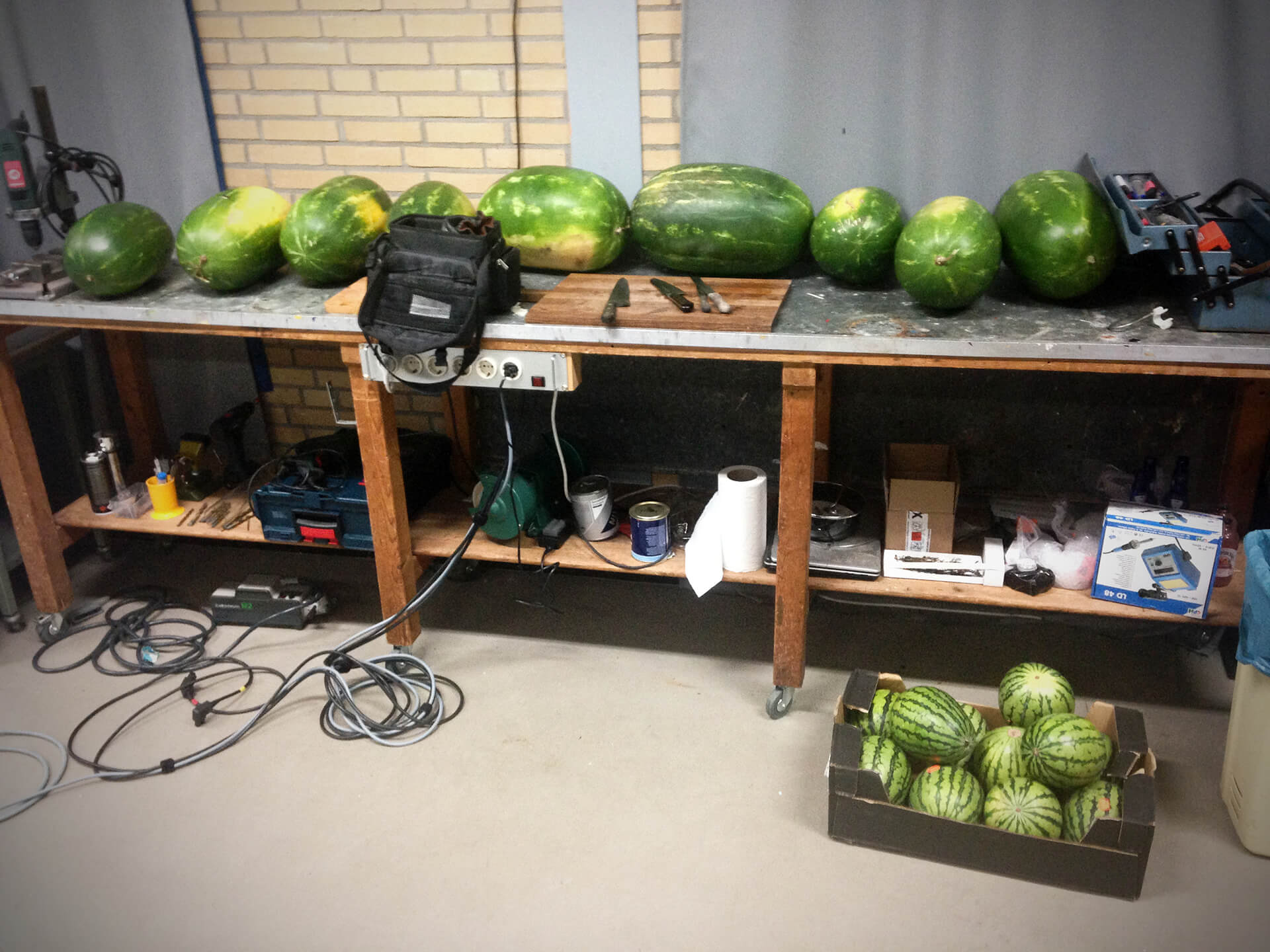 Could you elaborate a bit more on the concept behind the cover image? How does it reflect the issue’s theme of home-grown hospitality?
Things I associate with home-grown hospitality are: character, a close connection to the nature of the environment, ‘home-made’ design, friendliness and openness. That’s what I tried to incorporate in the cover image.

And could you give us some insight into the creation process? How was the set made?
We build the entire set from scratch. I created a slightly elevated floor and covered it with slices of watermelon together with my intern. Most of the work went into creating the window frame, for which we had to cut out a lot of pieces of watermelon rind. When all that was ready, we put the chair in place and continued to cover it in watermelon too. Finally, I removed the parts of the chair that were still visible during post-production. But most of the image is actually created physically. 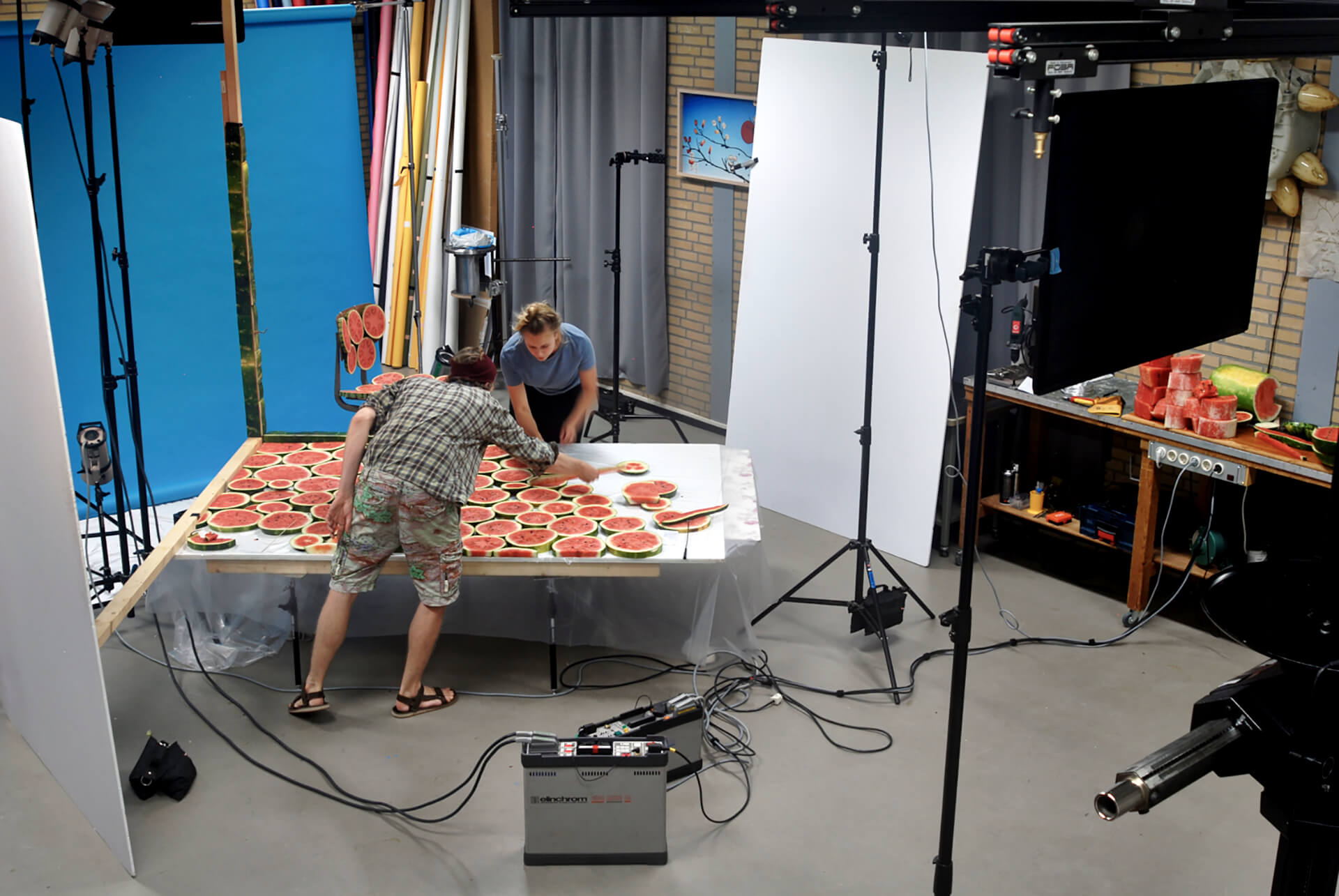 Why watermelons? What characteristics made them suitable for this shoot?
I believe the colours of a watermelon really fit Frame magazine. There is a contrast between the green rind and the vibrant pink-red flesh. The marbled pattern of the rind and the black seeds inside also have a graphic character.
Besides that, I had to pick a relatively cheap material, because I wanted to build a life-size set. Just imagine if I would have had to create this exact same set using berries… With watermelon, you can cover big areas relatively quickly.

You must have had an extremely large amount of watermelons left after the shoot. What did you do with them? Did you end up having watermelon for breakfast, lunch and dinner?
Yes, and as an afternoon snack! I had a hundred kilograms, so I shared it with everyone that wanted to take some off my hands.

How do you think the cover reflects the Frame brand?
Besides the graphic colours, mainly the spatial elements of the image. 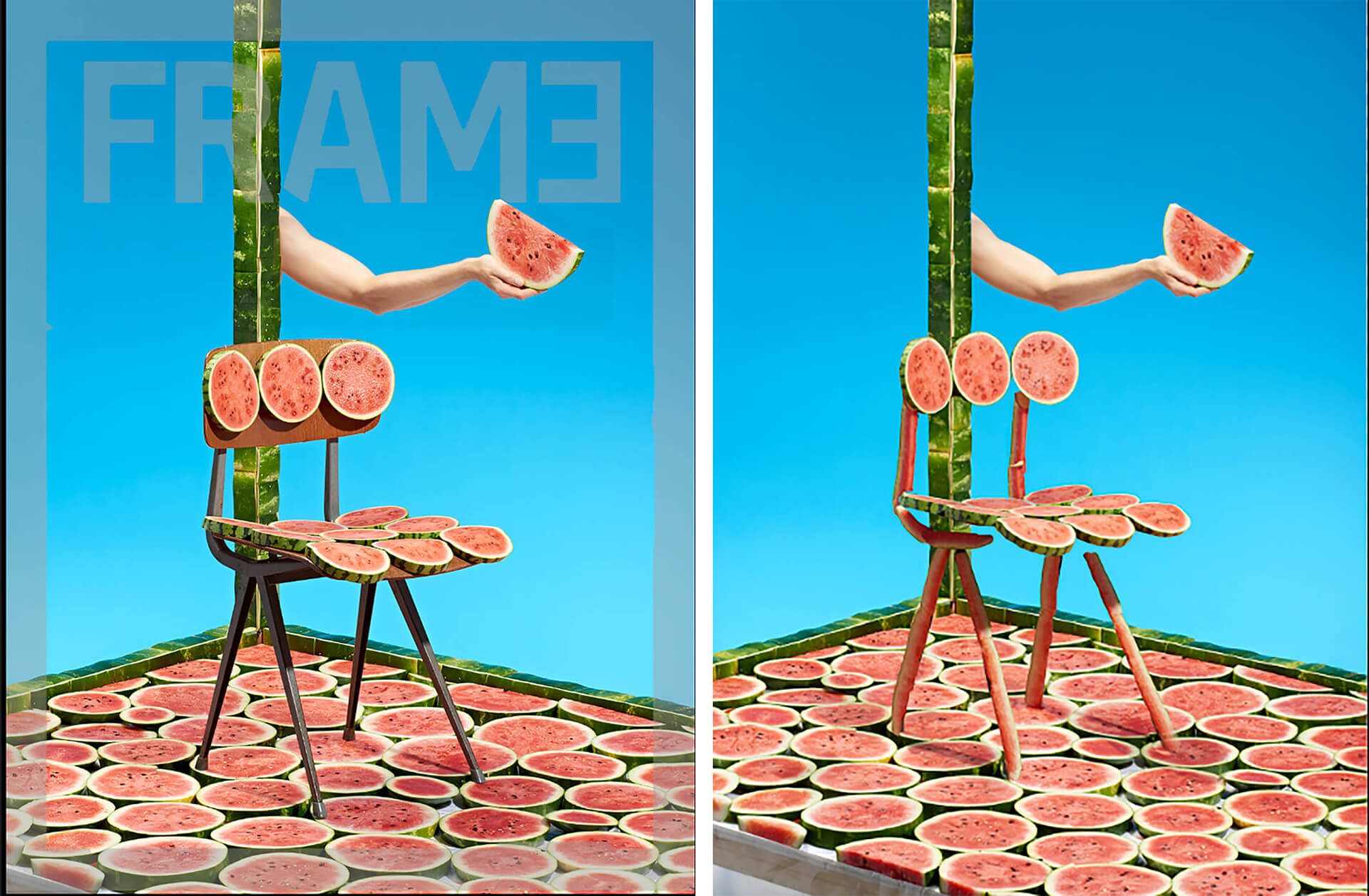 And how does your personal style come through?
By the fact that you have to look twice to decide whether what you are looking at is real or fake. The viewer has to make an unusual link in their brains between a fruit and a chair.

How did you experience shooting this cover? Any funny anecdotes from the shoot day?
The set looked like a fishmonger’s where a big tuna was being slaughtered. There was watermelon flesh lying all around the studio, and combined with the cracking of the smooth skins of the fruit it created quite a scene! I enjoyed the shoot a lot!