Five products leading the way to our sun-fuelled future

In Frame 119, we explore how designers are integrating solar technology into everyday objects, transforming human environments with their future-conscious focus on sustainability.

The latest issue of the magazine features a spread of innovative products at the forefront of a fast-progressing solar-tech industry. Researchers are constantly developing new ways to harness the planet’s primary energy source – most recently, a team of biochemists from Imperial College London, Central Saint Martins, and the University of Cambridge have developed ‘solar wallpaper’ using living photosynthetic bacteria. The bacteria is used as ink to print the circuitry of a biologically based solar battery and panel directly onto paper.

Compared to bacteria-based solar wallpaper, Solar Squared by Build Solar is a little closer to traditional solar panels, though still far ahead of the clunky black sheets we’re used to. Solar Squared is a transparent cube that can be used in building construction – a block of glass that generates energy and transforms entire structures into power plants. The most impressive feature of Solar Squared is its dual function as a mostly transparent construction material that captures the energy of sunlight while allowing it to infiltrate interiors unobstructed.

While Solar Squared has yet to make its debut in a large-scale architecture project, C.F. Moller has integrated solar tiles directly in the façade of the Copenhagen International School. 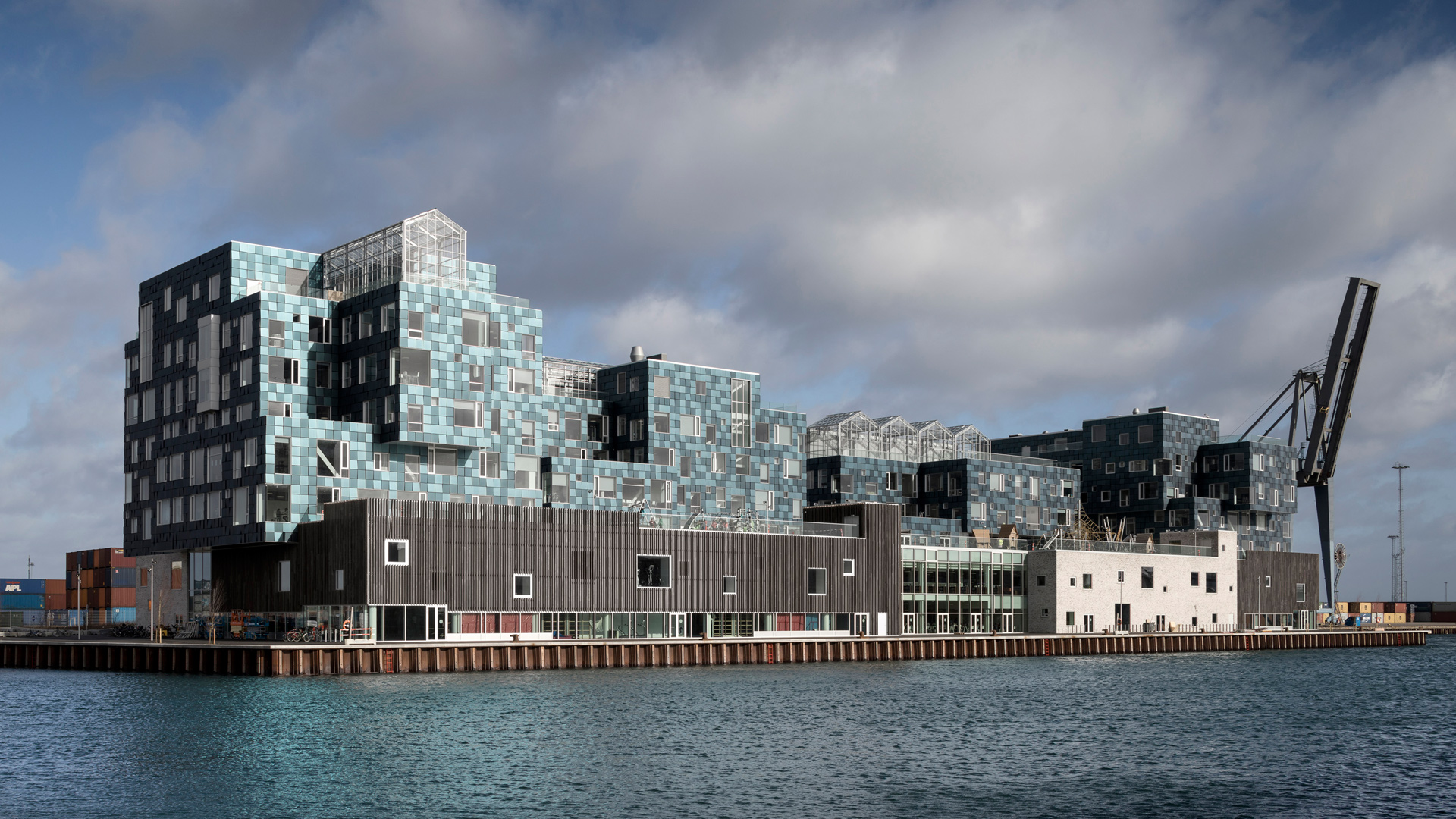 Comprised of 12,000 individually-angled cells, the building’s façade appears to be covered in a mosaic of blue, teal and turquoise tiles which supply more than half the school’s electricity consumption, according to the architects. Tesla has also made headlines with its introduction of Solar Roof, a product line that combines solar technology with the appearance of an ordinary shingle to discretely upgrade rooftops. 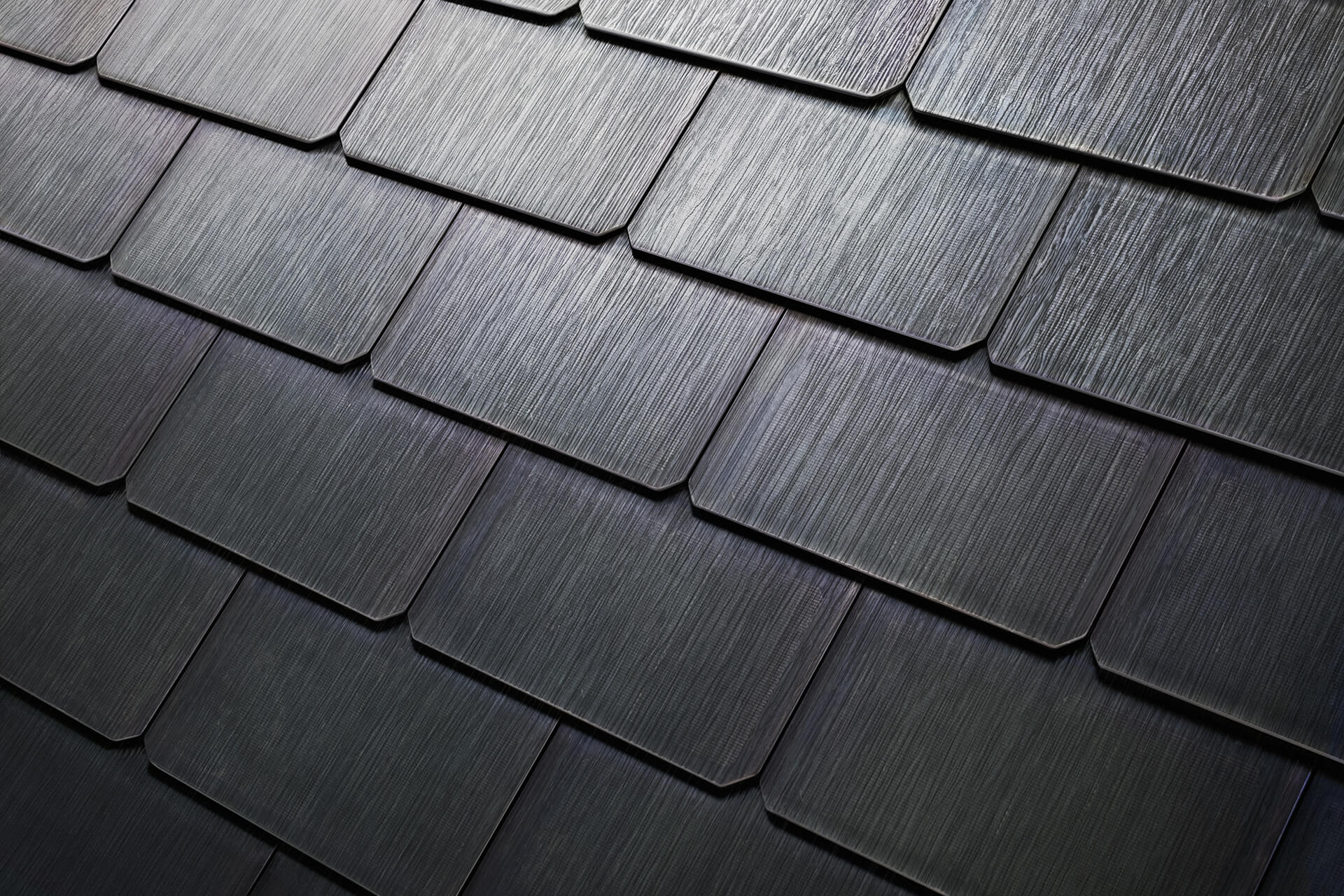 Innovative and groundbreaking developments in solar are not limited to futuristic high-tech companies such as Tesla. More and more players in the fashion and lifestyle industries are paying attention to their customers’ growing demand for sustainability and responsible corporate practices. Swarovski for instance has recently collaborated with Dutch designer Marjan van Aubel to develop a high-end lighting system that integrates Swarovski crystals with solar technology. Van Aubel’s solar-powered Cyanometer takes inspiration from 18th-century instruments for measuring levels of cyan – or ‘blueness’ – thus playing on technically and aesthetically bringing sunshine and blue skies indoors. 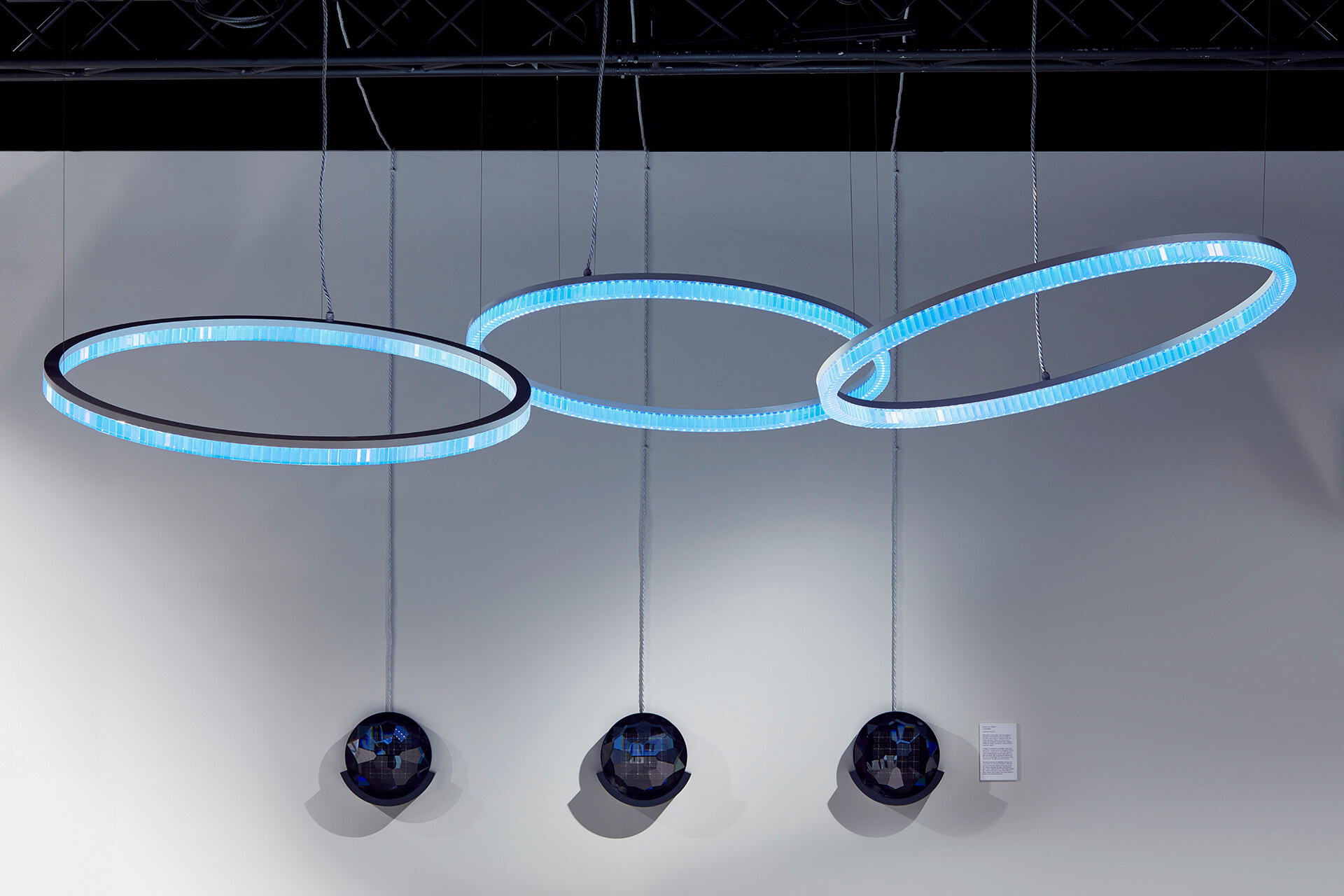 More accessible designs are hitting the market as well, such as the Rolar Blinds by Nathan Webb. Combining function with decorative graphics, Webb transforms an ordinary window shade into a clean-energy solution for urban-dwellers without access to rooftops. 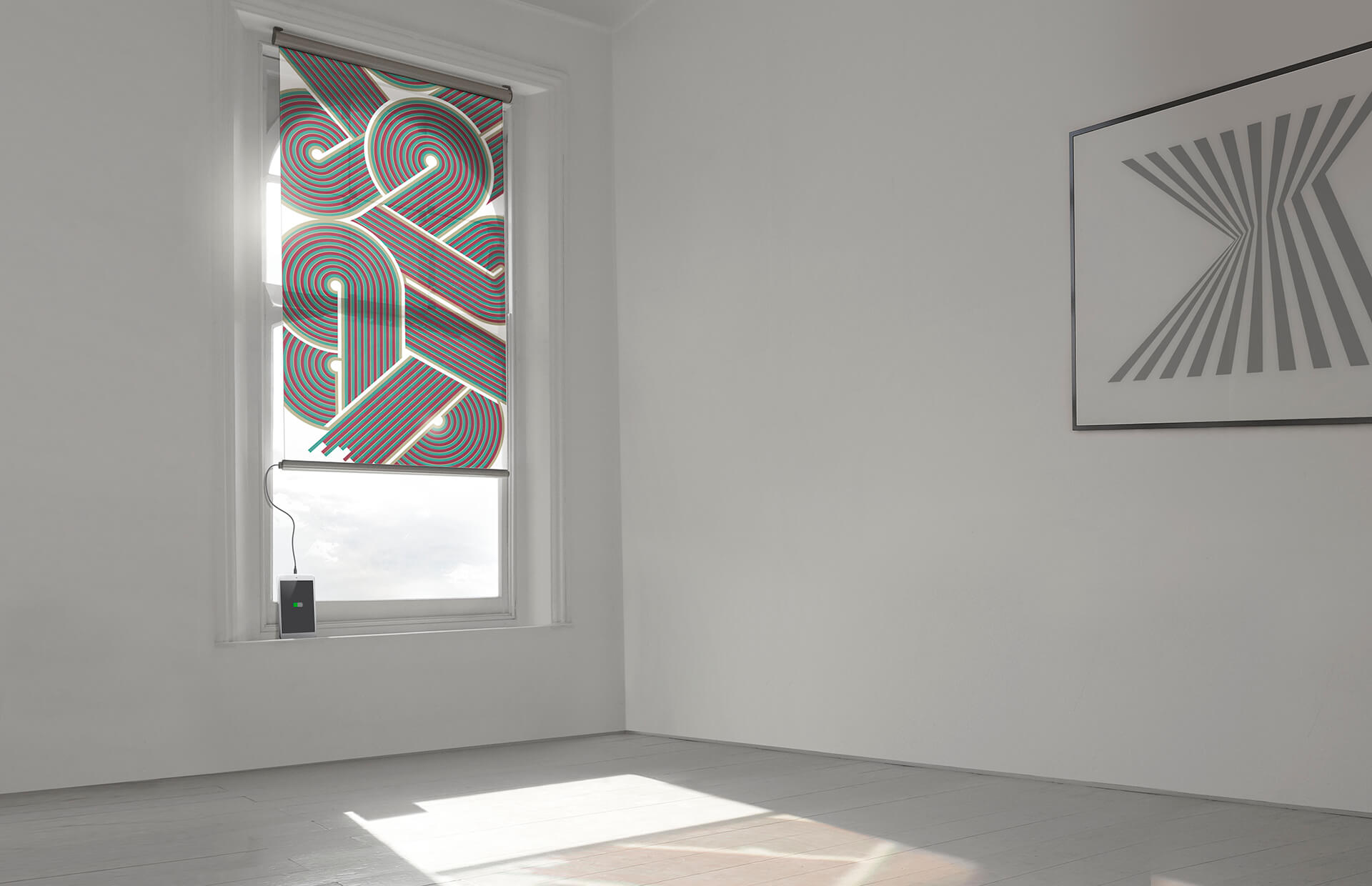 Meanwhile, People’s Architecture Office in Beijing has doubled down on sustainability trends with the development of a solar-powered hydroponic bike farm. The frankly ridiculous-looking contraption was invented for a hackathon in Seoul, and is designed to allow the hydroponic farm to be quickly transported and relocated: maximizing the number of people that can share in the harvest. The ‘bike share farm’ is an environmentalist’s dream. 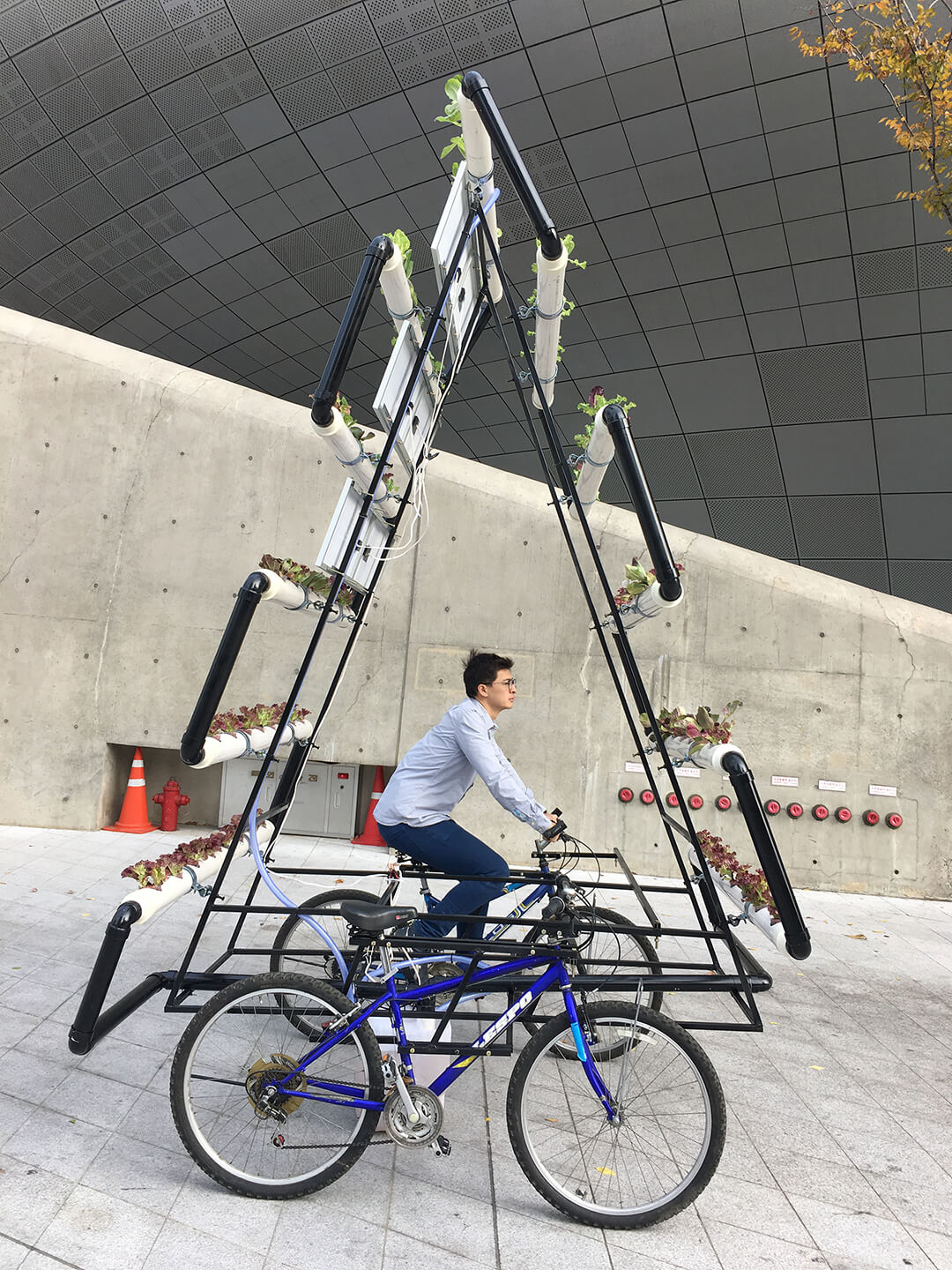 These innovative designs offer us a glimpse into the myriad possibilities of the latent energy all around us, and represent the gradual trend towards on-site energy production. From bikes to bricks, designers prove the power of the sun can be captured by any ordinary object if we put human ingenuity to the task.

For more trend reports and industry insights, buy your copy of Frame #119 in the Frame Store today.