Fixed space, flexible function: workers can adapt this office without moving anything around

For Suzuyo’s head office, Shuhei Goto Architects didn’t create a space that changes to fulfil various functions, but a multiuse office landscape that can be interpreted in any which way.

Event spaces shouldn’t just be for events. That’s the message at the head office of Suzuyo, which was ‘designed as a prototype for offices in a new era of innovation’, says a spokesperson for Shuhei Goto Architects, the firm behind the project. The concept is ‘based on the idea that today's office space needs some room for flexible renewal and updates initiated by employees themselves’.

The interior originally featured a lecture hall, but the format proved too limiting. Shuhei Goto Architects transformed it into a space capable of accommodating multiple activities. Events are now just one of many functions – others include working, meeting and dining. The idea was to create an environment in which people could ‘circulate freely’. To do so, the designers staggered box-like steps around a central open space to create a (very) loose translation of an amphitheatre. 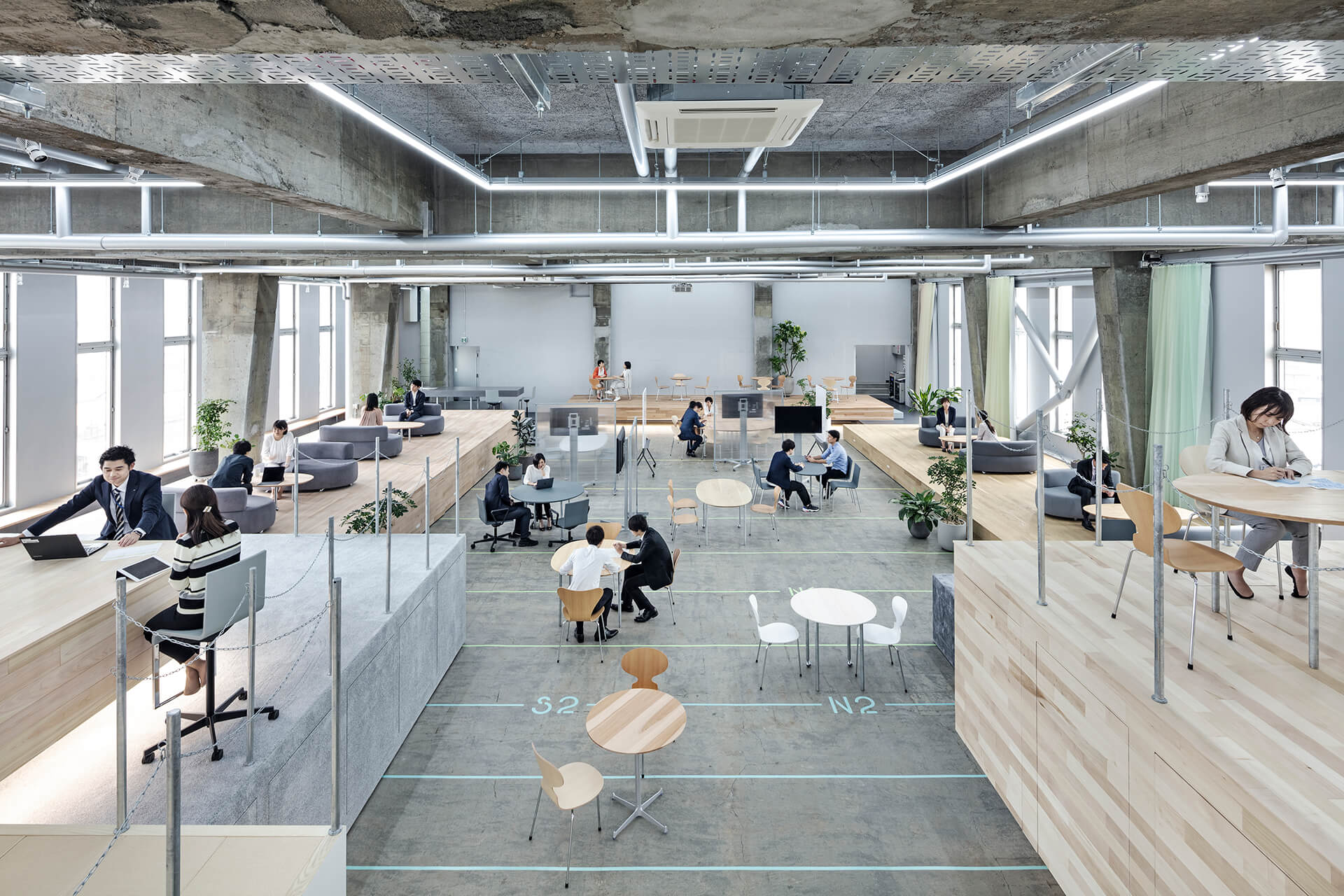 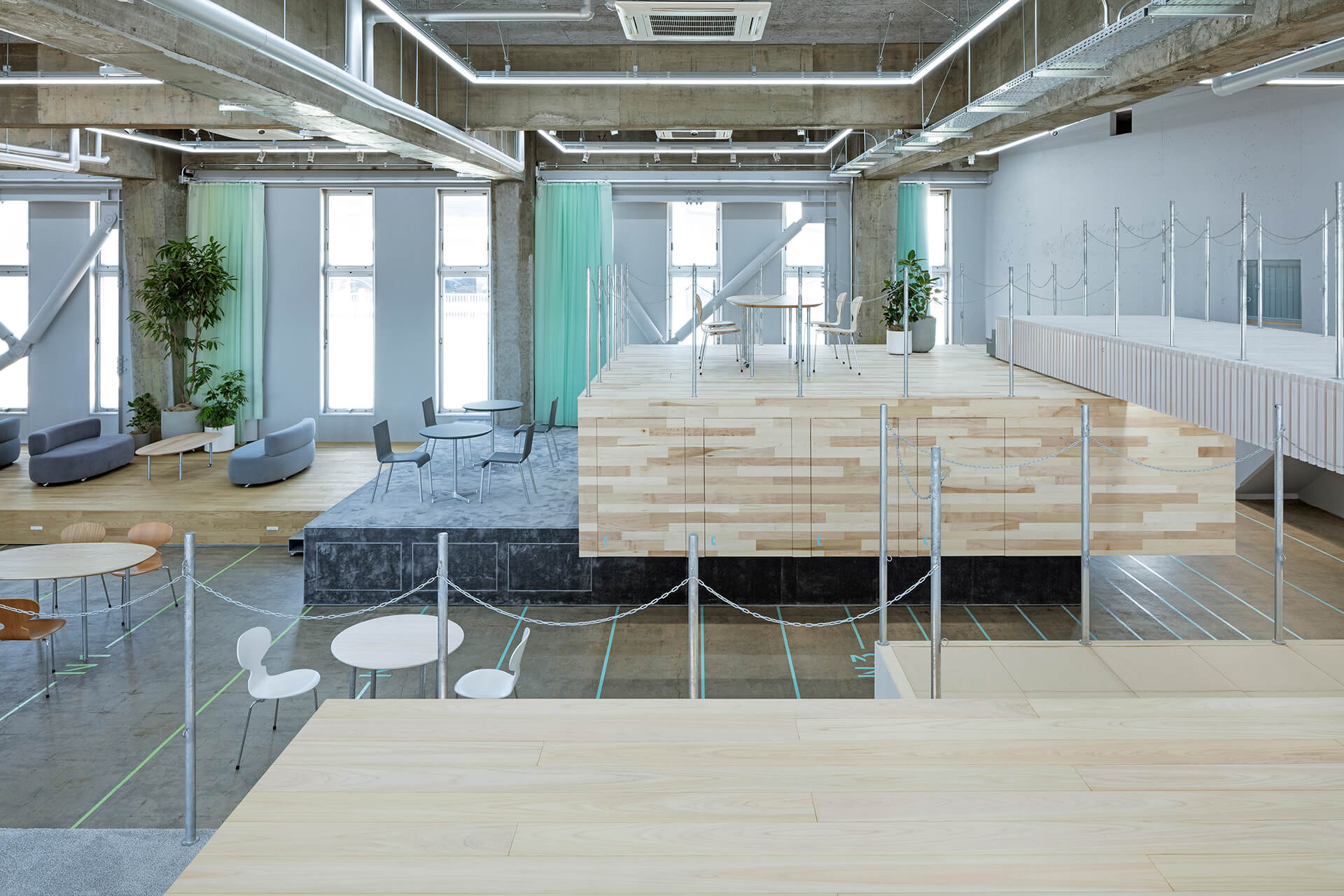 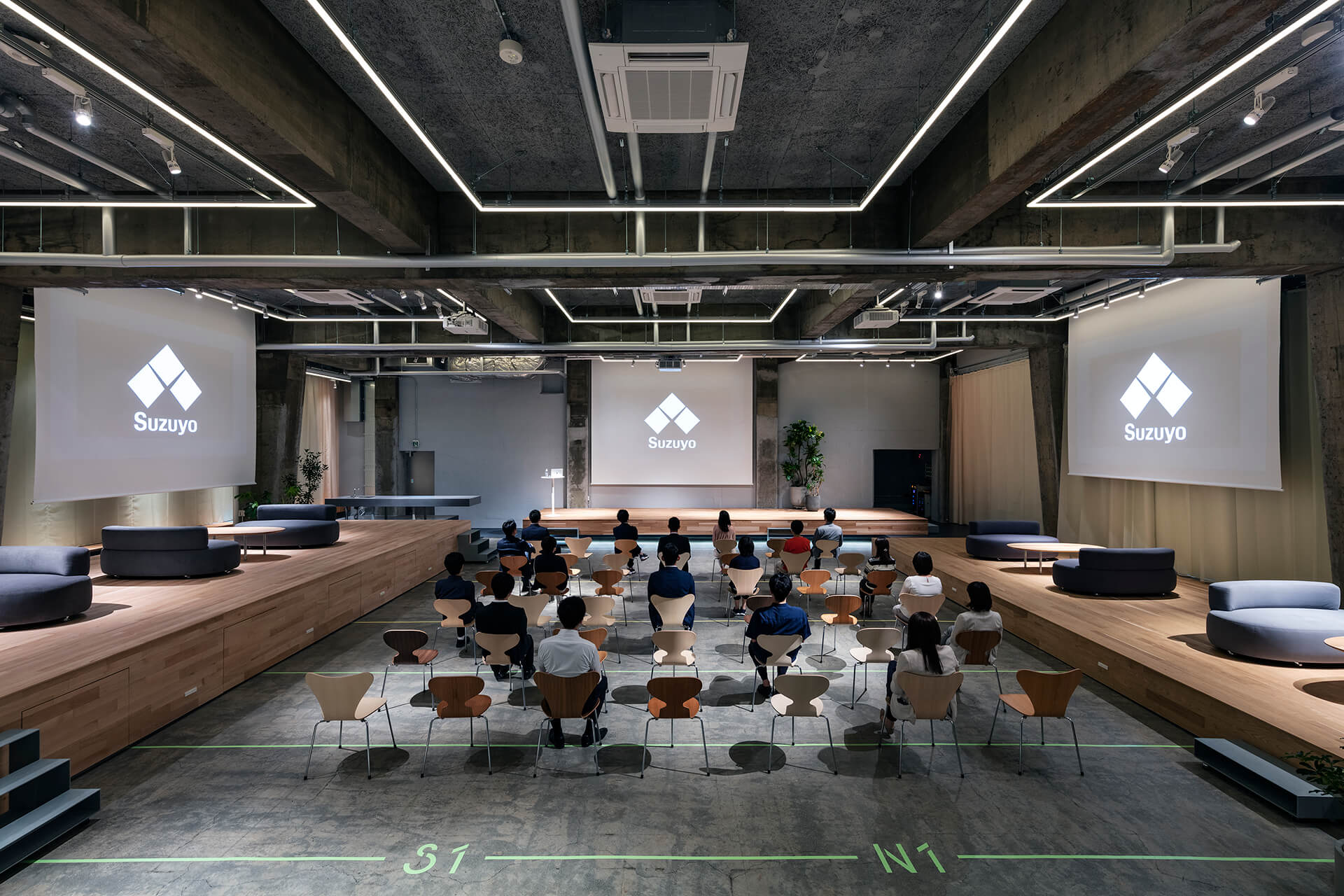 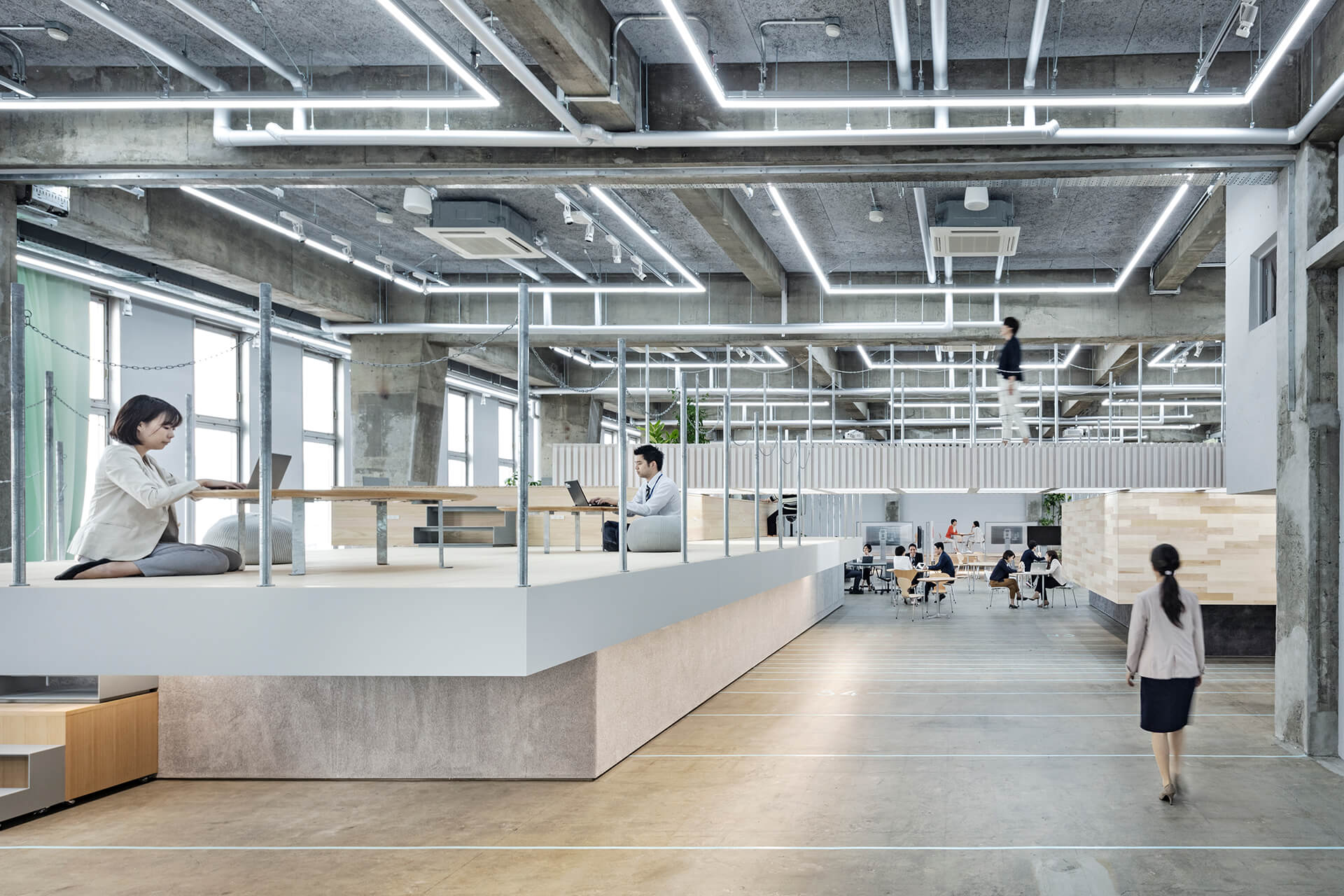 Shuhei Goto Architects believes its scheme creates a new ‘sense of distance’ among users. Two colleagues might be seated in relatively close proximity but on different height levels, for instance. No longer sharing a line of sight, they’re less likely to be disturbed by the other’s physical presence. The multiuse landscape means that workers can choose a spot that best suits them and their tasks for that specific moment.

When the space does host events, one of the steps becomes the stage while others serve as seating. The stairs also have an important yet concealed function: the building is an emergency evacuation shelter for the surrounding area, and the cavities provide storage for emergency supplies.