EINDHOVEN – Light is a subject of investigation for young designers who enjoy exploring the distinction between the functional and aesthetic qualities of luminous objects. In many of their works, mechanics are a defining aspect, enabling the creation of intriguing effects with high optical impact and often adding to the appearance of the lamp in question. Intended as more than a light source, these luminaires are both sculptural and functional.

Highlighting Flux, Onno Adriaanse’s contribution to the Design Academy Eindhoven graduation show, are two perforated-metal discs positioned close together and mechanically rotated. When light shines through the discs, a fascinating moiré effect appears on the wall or surface at which Flux is aimed. 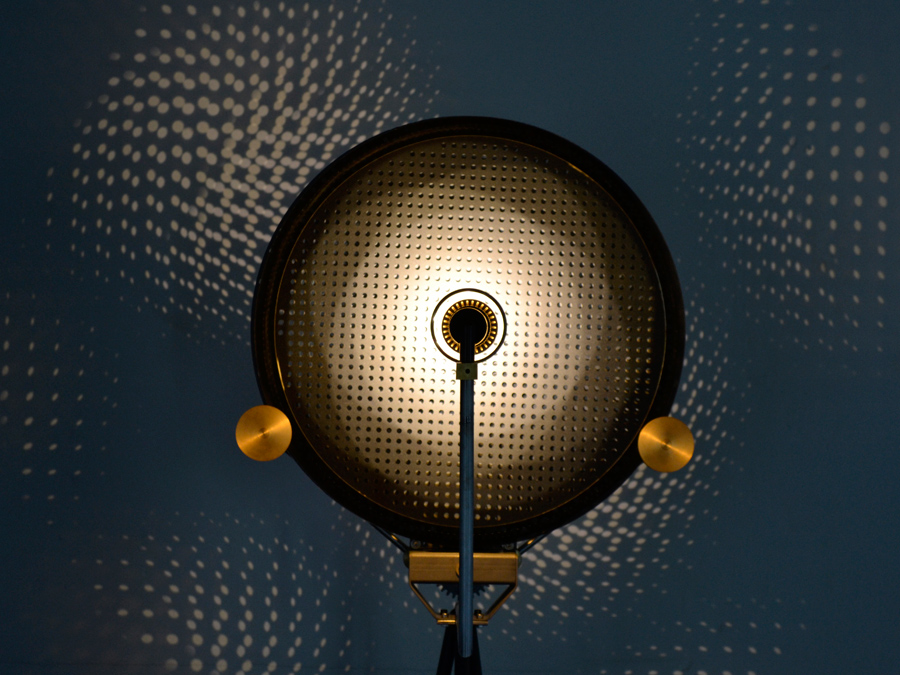 Moon, a topographically accurate scale model of the lunar globe, is the work of Oscar Lhermitte and Kudu. Acting as the sun, a ring of LED lights rotates around the orb, producing a mysterious glow of ambient light. When in the ‘live’ mode, the light follows the actual position of the moon, thanks to a computer embedded in the base. 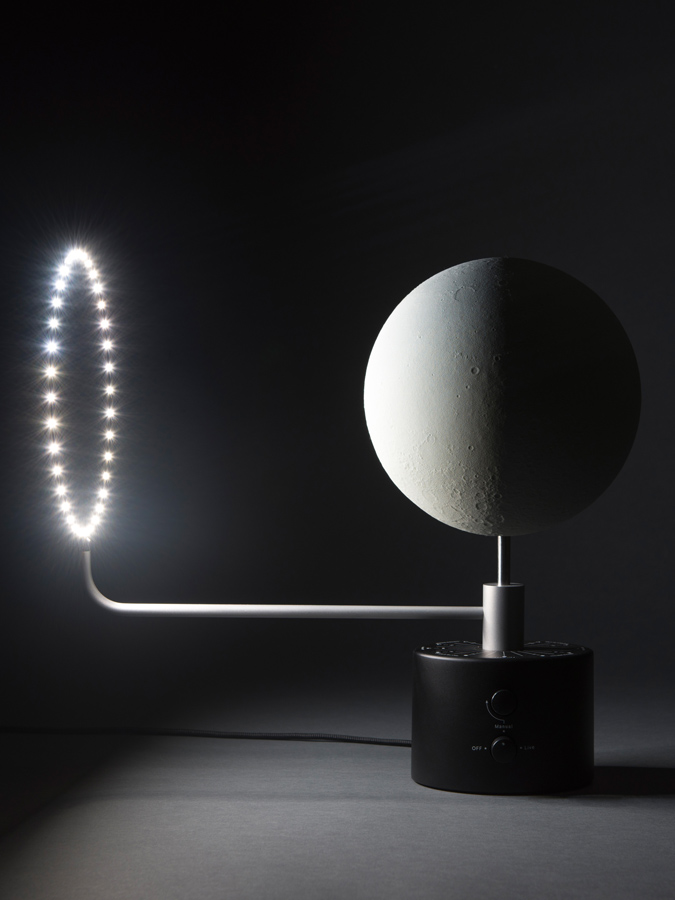 Takt Project unveils the aesthetic properties of electrical parts with the team’s Composition series. By exposing wires, resistors, transistors and diodes – making them features in their own right – the designers came up with ‘pure objects that seem to rise from the materials’. Suspended in clear acrylic resin, typically used to coat a circuit board, the various components form a random and pleasingly eye-catching arrangement. 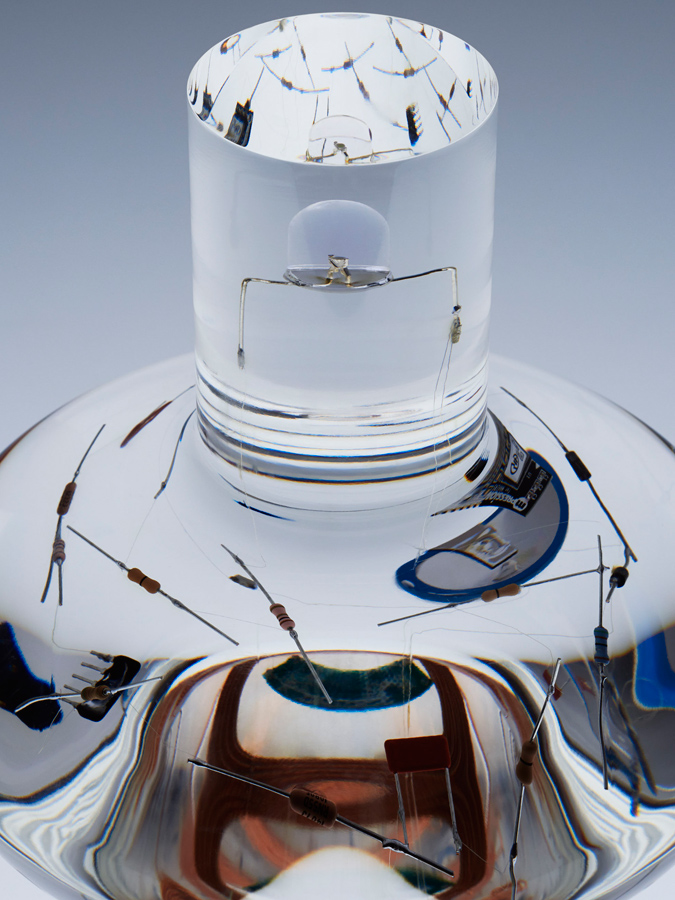 These projects feature in Frame 113. Find your copy in the Frame Store.