‘For awards, Instagram is really dangerous: it’s the design world cannibalising itself’

Here’s the first layer of news: the 2020 edition of our Frame Awards is now officially in session. We cut that imaginary ribbon at this year’s Clerkenwell Design Week, kicking things off at the Andreu World showroom with a panel discussion on… well, the validity (or not) of design awards.

Here’s the second layer of news: our panel members had qualms about the way the interior design industry is eating and regurgitating itself, and they pointed to Instagram and Pinterest as some of the main culprits. What can help buck that trend? Well, design awards (or not).

Our panellists – Jeff Kindleysides from Checkland Kindleysides, Howard Sullivan from YourStudio and José Palau from Andreu World – detailed their concerns to Frame's director, Robert Thiemann. After listening to their reservations and contrasting them to our selection process for the Frame Awards, we can proudly and safely say that, now more than ever, our event is a small part of the solution. 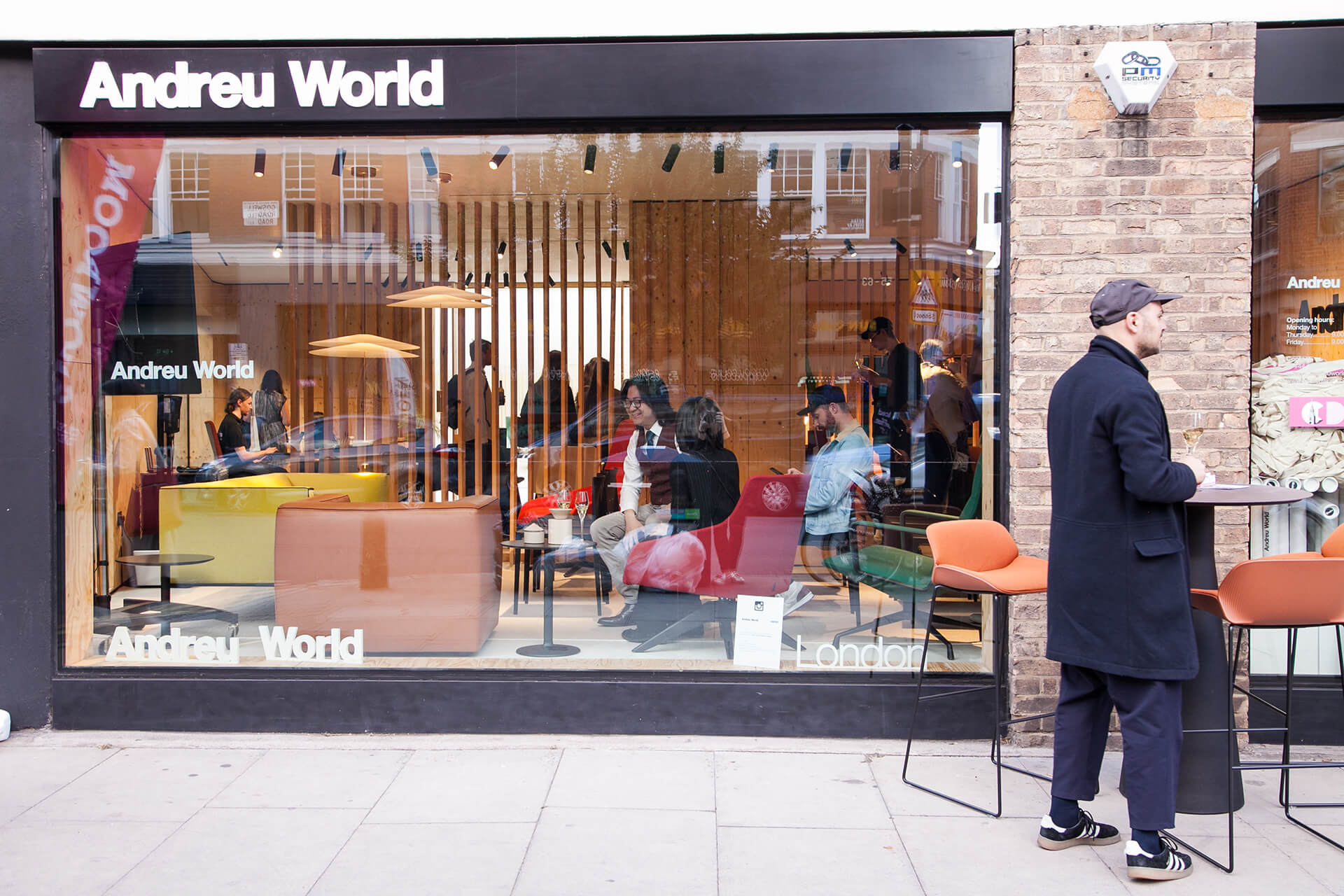 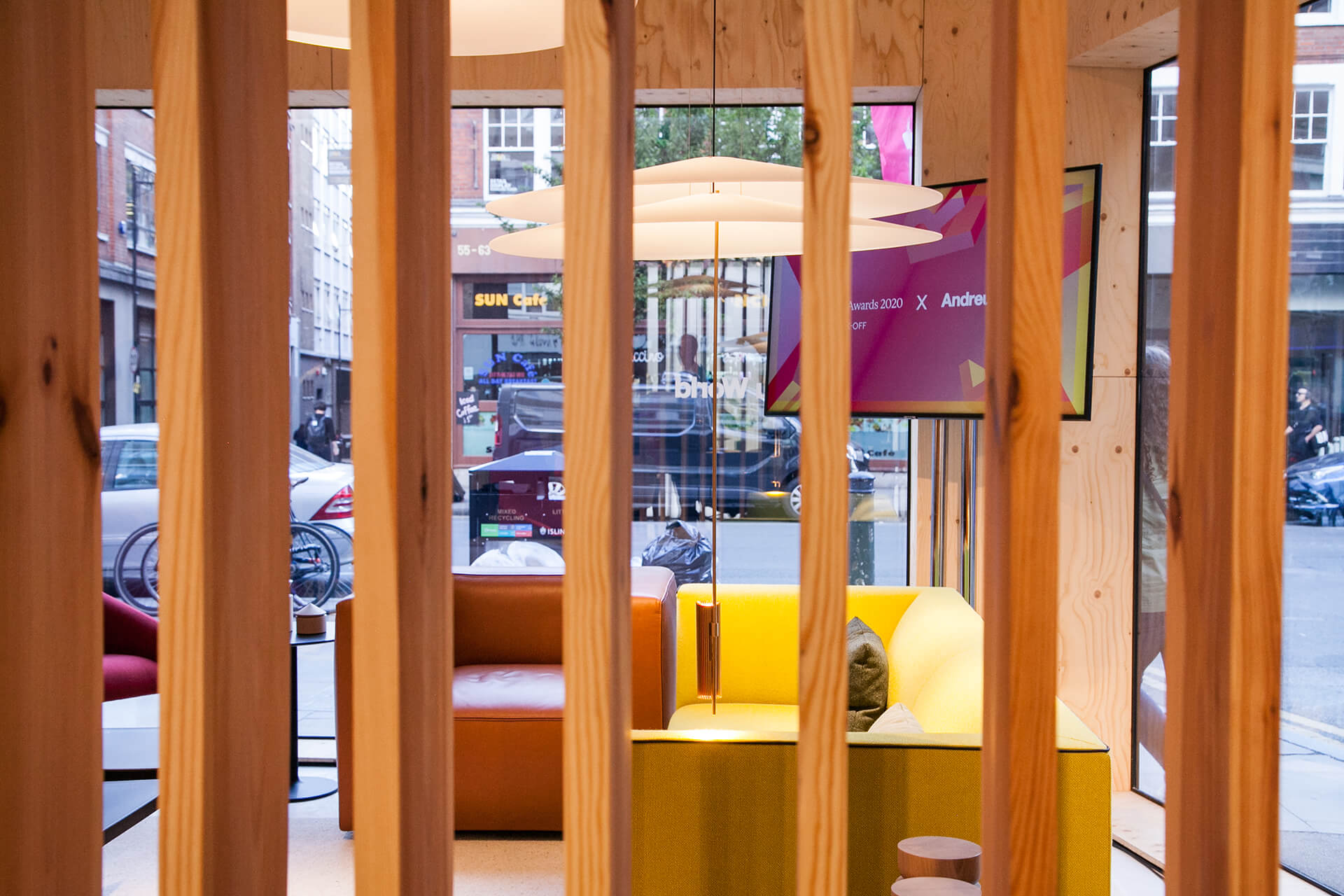 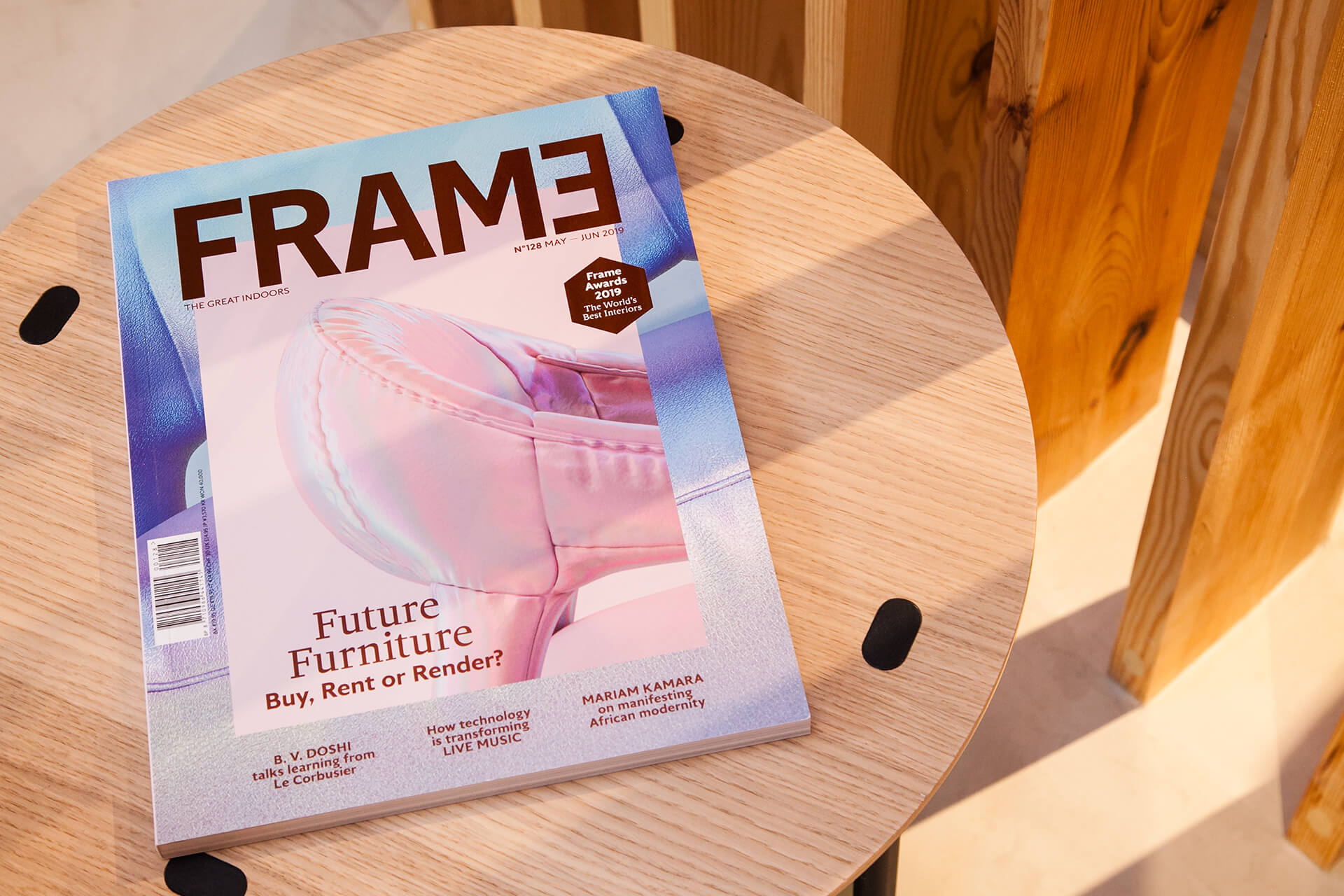 ON SOCIAL MEDIA AS A SOURCE OF INSPIRATION

HOWARD SULLIVAN: There’s a backlash against the so-called Instagram Moment in spatial experiences. And Instagram is really dangerous, because it’s the world cannibalising itself. In fact, I would try to avoid using Instagram and Pinterest imagery for interior projects. You can use it for evocative concept images, but it shouldn’t work as a moodboard. Interior design shouldn’t be just about images: it should also be about the world you travel through, the exhibitions you visit, the archive books you consult.

JOSÉ PALAU: We don’t use Instagram to pick the designers we’re going to be working with at Andreu World. I mean, you might think that you don’t even need to go to Milan Design Week, because after day one you get the feeling that you’ve seen everything via Instagram. But it doesn’t work that way: we deeply study the work of designers in a very different way, taking into account professional and developmental elements that go beyond the image.

AUDIENCE OPINION: Let’s say you’re following a designer on Instagram. You click on their profile to see more information, and the system recommends some relevant accounts. That means you’re being limited by the way the algorithm calculates you. Sometimes, you’re fooled by such a convenience: you can get to think you’ve seen so many things and that you’re an open-minded person, when it's not true.

How we’re addressing this at the Frame Awards 2020
Our live judging sessions are a key component of our process. We invite the five nominees per category to present their projects in front of our panel of judges, in a question-and-answer process that usually produces eye-opening insights. We look beyond aesthetics to find the functional, narrative, emotional and material aspects of each project.

But there’s been a big change in how our presentation process now works. Instead of devoting half a day to the live judging sessions, with each presenter getting five minutes at the podium, we’ve expanded it to a full day, with each presenter receiving 15 minutes in order to tell the project story in more detail.

That means that the ceremony, which took place at the end of the first day, will now be moved to the evening of the second – we will be indeed closing things off with a bang. 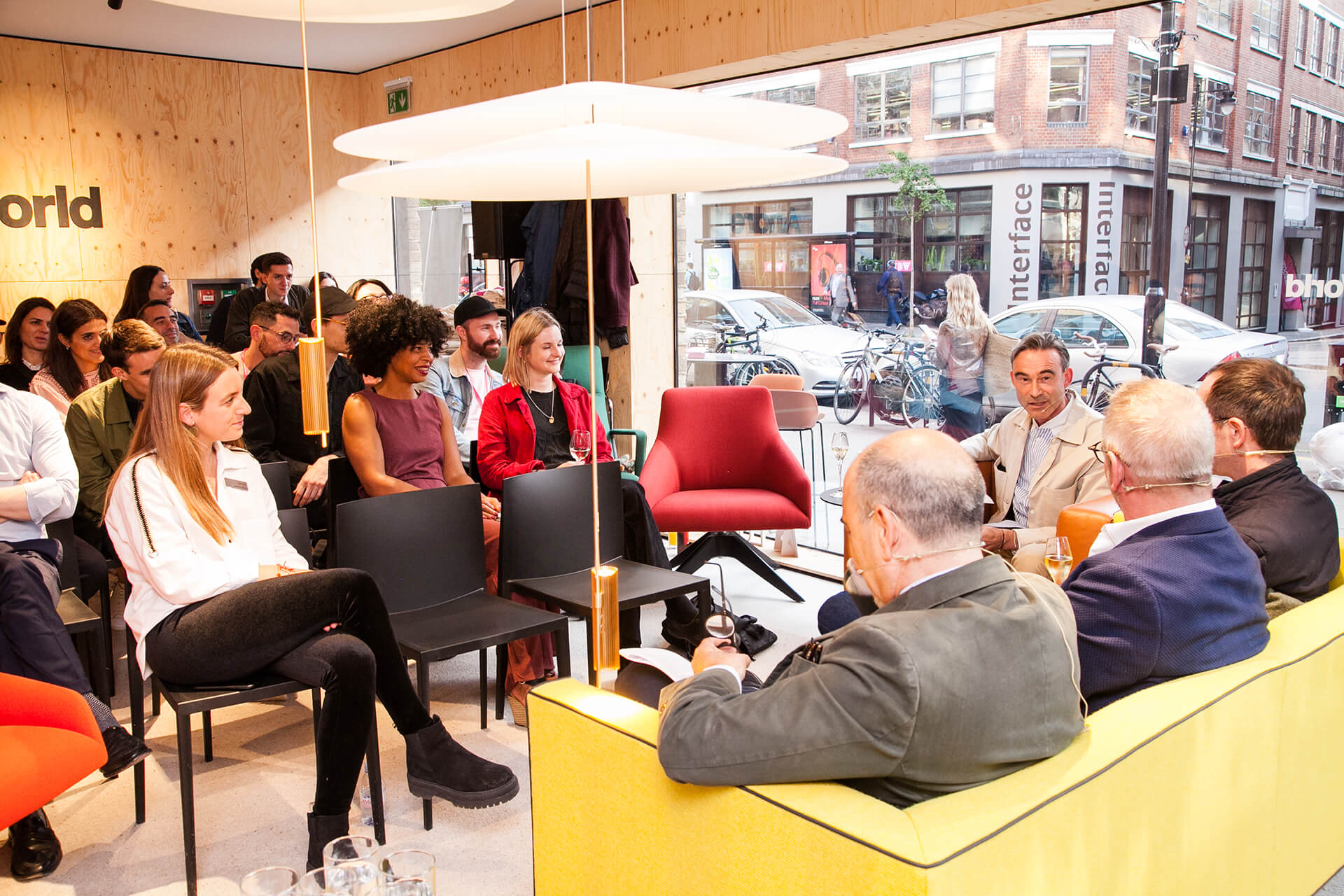 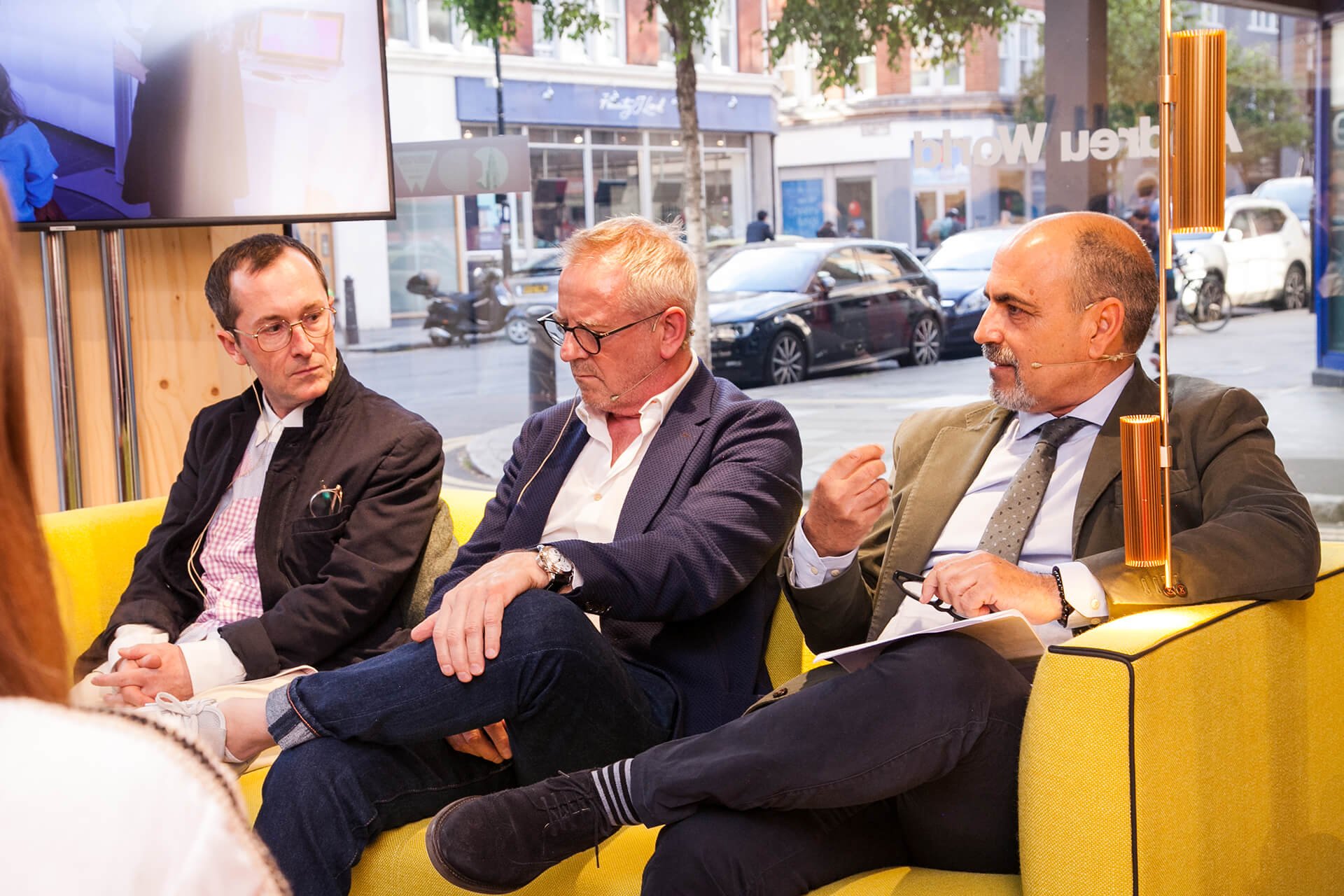 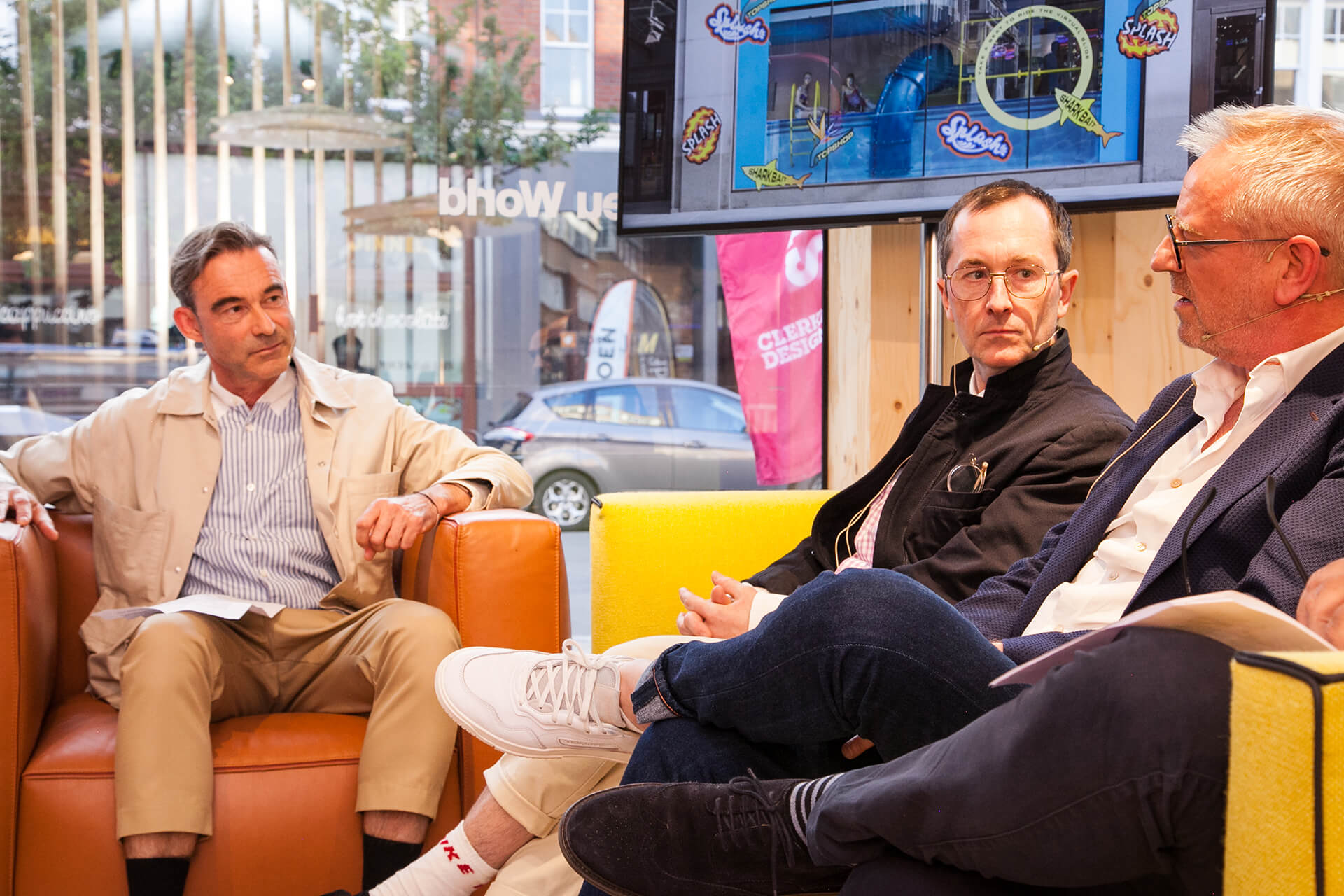 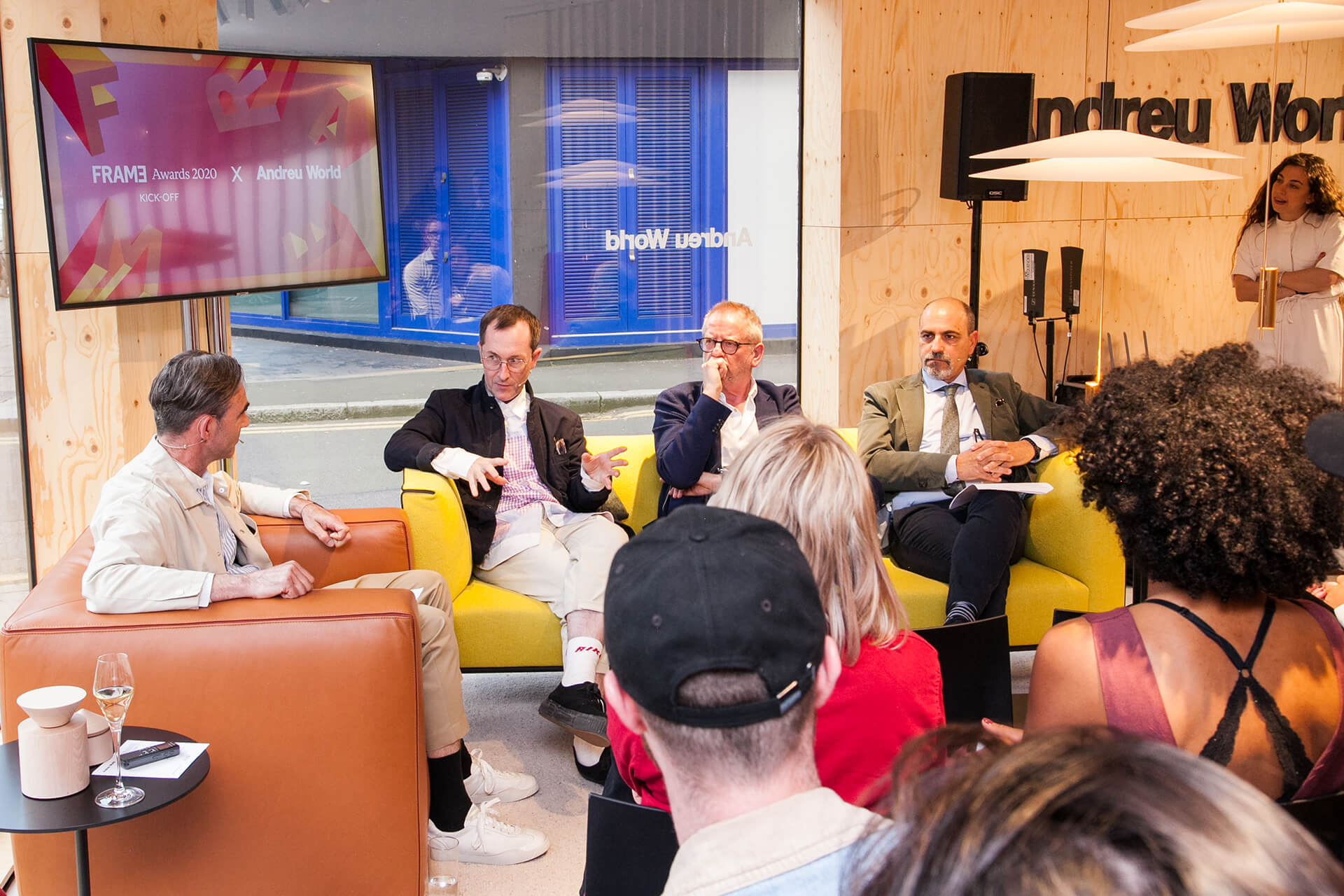 ON THE IMPORTANCE OF JURY DIVERSITY

JEFF KINDLEYSIDES: You’re not designing for aesthetics only, but on everything that goes into the functionality of a space. You’re being judge against that instead of just ‘what looks good.’ So the makeup of the jury is critical: you need a mix of clients, strategists, designers – not just peers.

JOSÉ PALAU: Since 2001, Andreu World has held a design competition to showcase young talent, and in the past few editions we’ve made the decision to bring in chefs as judges, as they’re also part of the end users. It’s eye-opening to see how critical and unfiltered they are, and how much they bring to the conversation about the thought process of what makes a good dining chair.

How we’re addressing this at the Frame Awards 2020
We believe that meaningful, impactful spaces can only be the result of a visionary client, a talented designer and the best makers, so from our first edition we’ve had these three parties involved in our jury. Last year we achieved a nearly balanced gender parity and a wide-ranging geographic representation in the jury members, and we want to keep improving on that matter.

But we’re also thinking of bringing in end users and practitioners from industries increasingly related to spatial design, from AR, VR and bio designers to consumer representatives.

JEFF KINDLEYSIDES: Our office is 40 years old. We get some clients who say they’re not interested in awards. I enter awards as a reward to my staff, as a recognition of their work. That stamp helps to get people interested in joining our team staff, because you get recognized. And I’d be lying if I said I didn’t enjoy winning.

HOWARD SULLIVAN: It sets a precedent – and it becomes a good motivator for your future work. I can say it as a former Frame Awards winner: in a creative field such as interior design, there’s no other congregation of so many professionals together in one room. We’re 10 years old, and Frame was the first award we won: it made a big difference, as people recognized us, and it gave us that big little status of ‘award-winning.’

How we’re addressing this at the Frame Awards 2020
We’ve seen the reputational and professional results of the Frame effect on young design studios, so we will continue to include sub-categories – such as small residences and small offices – that serve as a magnifying glass for the work of those with limited starting budgets (but unlimited ingenuity). Innovation knows no size, no age, no country – and we stand by that.

Are you interested in sending in your project for consideration? Submissions for the Frame Awards 2020 open on 3 June. You can find out the details here and see our list of past winners here.