For Esrawe Studio, there is no taqueria without tortillas

The versatility and universal appeal of the humble tortilla is evident from its ubiquity in traditional Mexican cuisine. Celebrating its role in Mexican history and culture, Esrawe Studio turns tortillas into a defining element of El Califa’s newest taqueria location. As a vehicle for the many possible combinations of toppings that can grace the maize disc – the tortilla is placed at the centre of a playful discourse on the myriad ways it can be folded, wrapped and enjoyed. 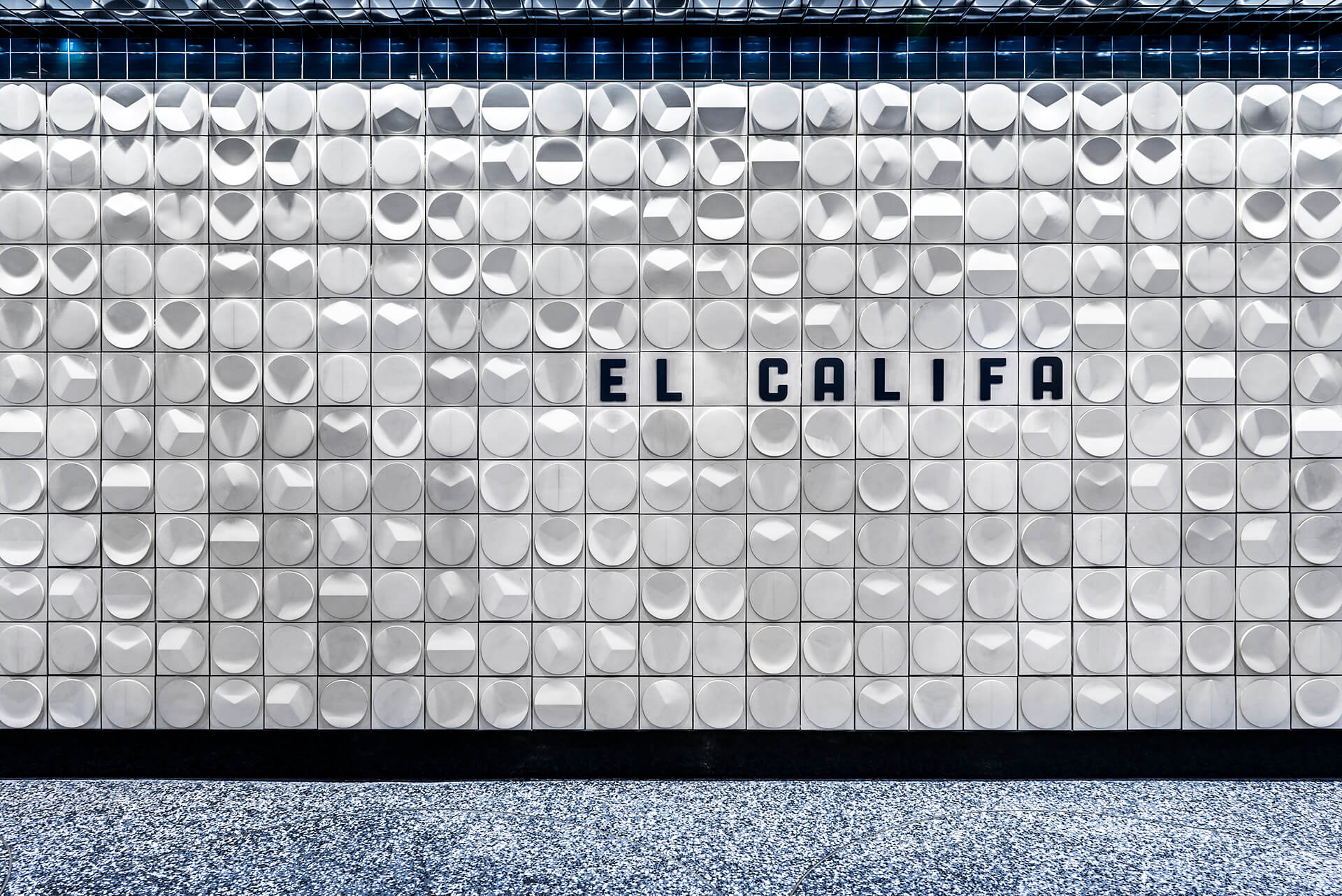 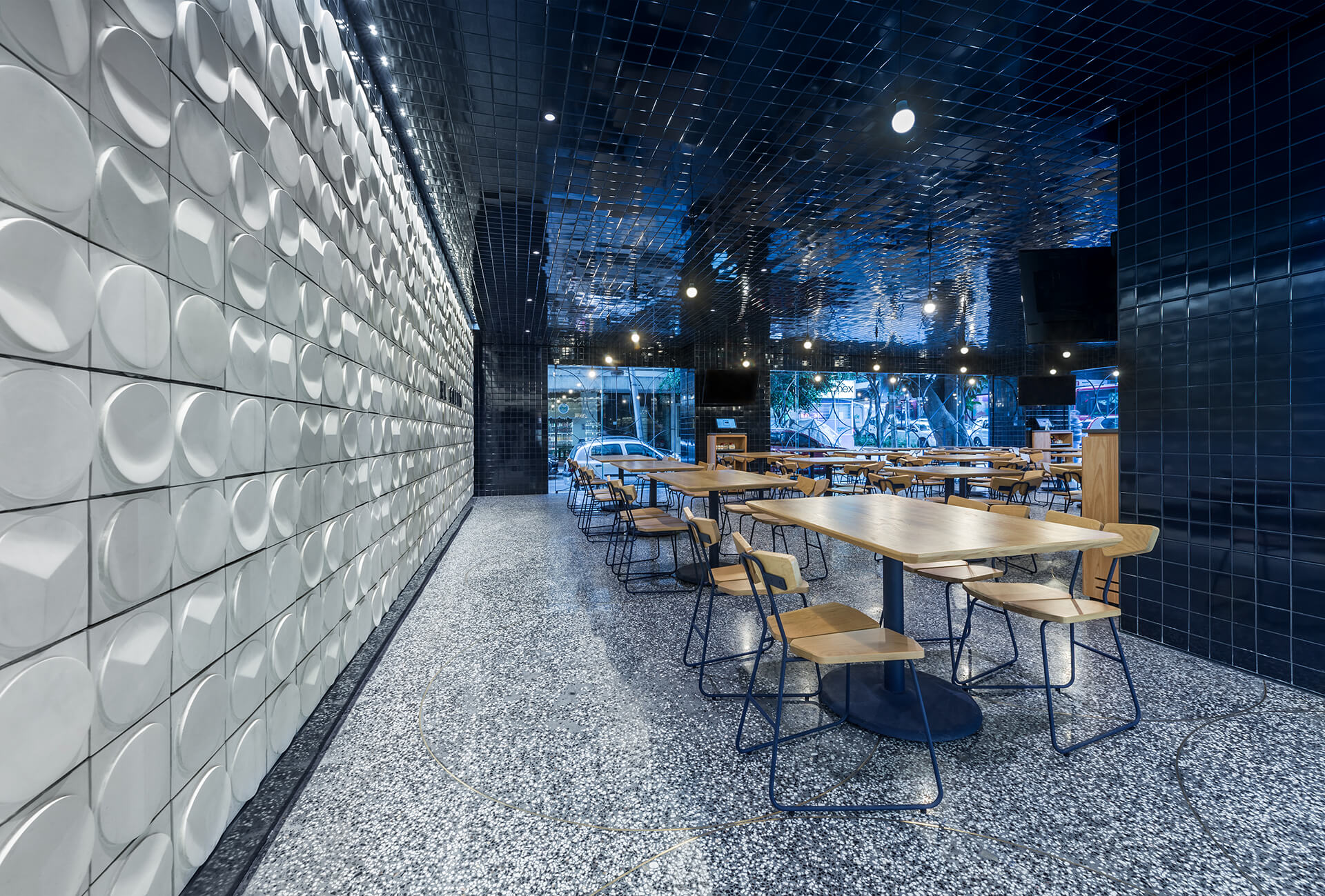 White sculptural tiles predominate the space – particularly on the walls facing the store front – becoming a celebratory mural of the tortilla and its many potential forms. Using this as an interpreted language all its own, the tortilla motif symbolizes the different ways that people come to enjoy the same thing. High-shine midnight blue tiling on the ceiling and peripheral walls sets off a rambunctious terrazzo floor, which soaks in the golden circle motif and enlivens the space with a bright ease. Every element has the purpose of engagement – the reflective floor-to-ceiling glass windows and richly textured surfaces in the space are designed to draw the eyes of the crowds of foot traffic walking along the Avenida de los Insurgentes. 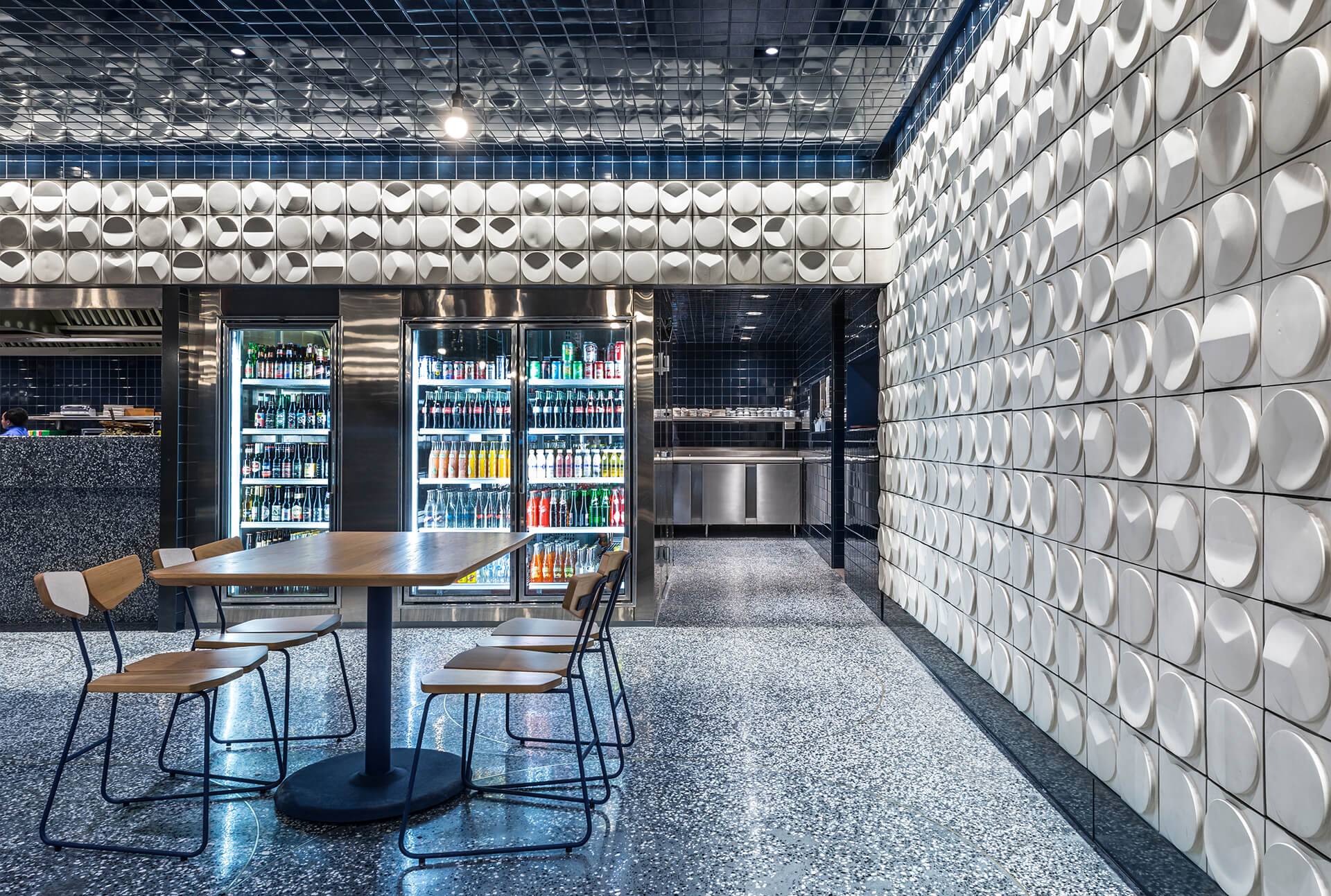 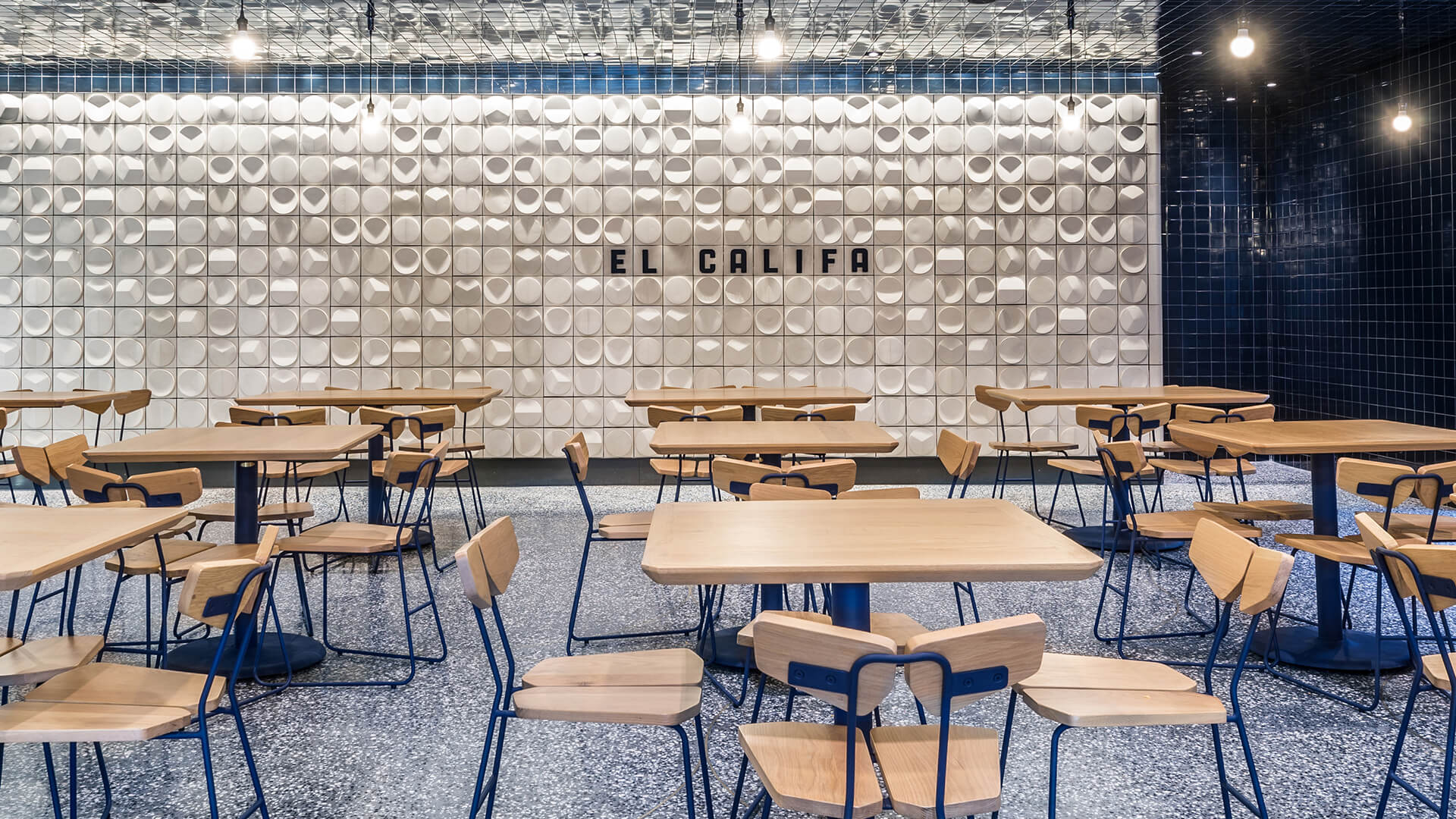 The open kitchen becomes an especially important architectural element and as a method of communication. Serving as a stage for the preparation of the food allows for an appreciation of the artful way in which ingredients can be built into a tortilla, while keeping with the traditionally relaxed atmosphere of a taqueria. The entire space aims to stimulate engagement between the kitchen, the culture and the customer. 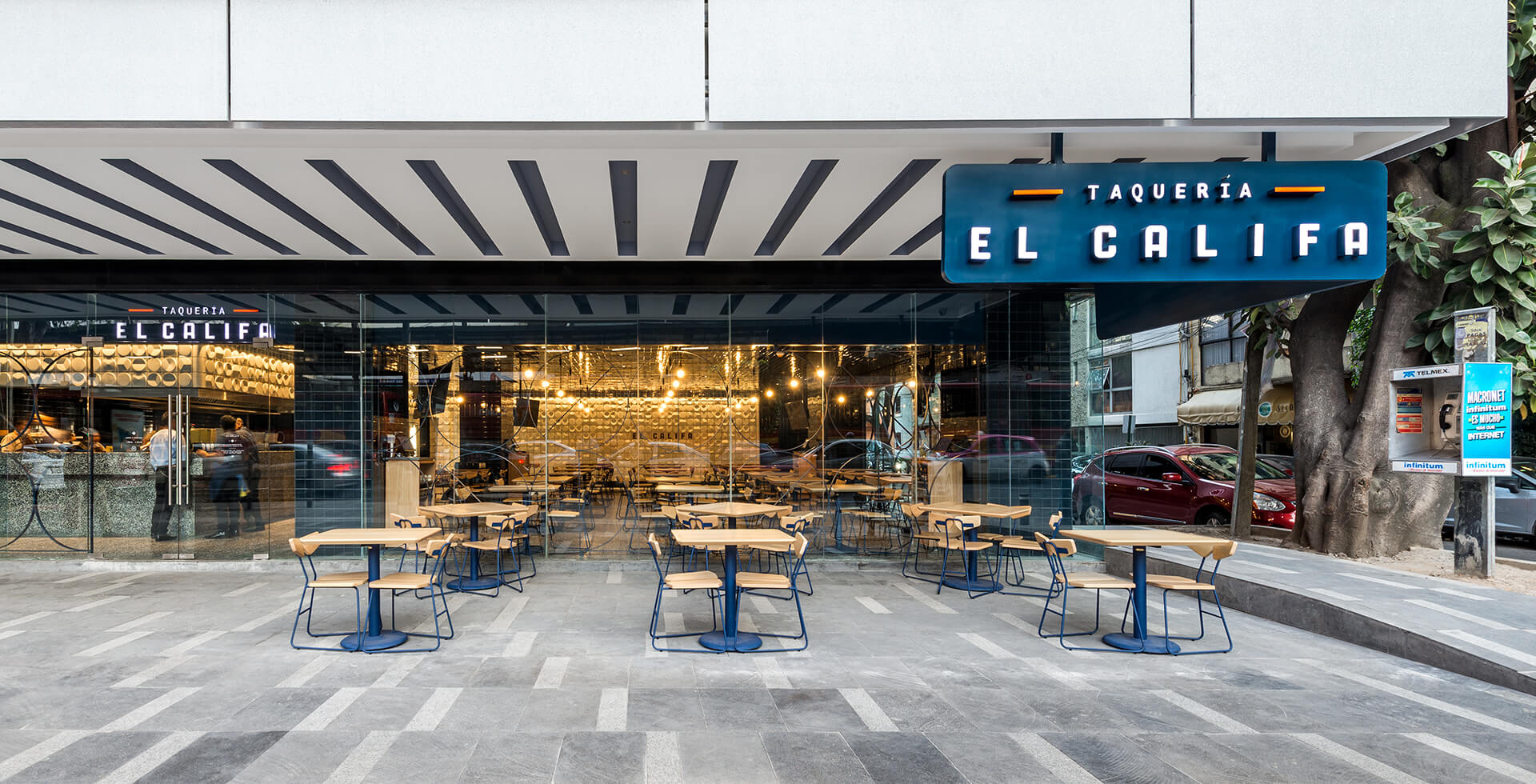