For retailers that go global first, what should their eventual home flagship look like?

Think of apparel or homewares brands that make it big online, and globally, by exporting a hyperlocal concept. Once they decide to open a store in home territory, where their narrative is familiar to its inhabitants, how do they still attract a local audience without turning the space into a caricature? That’s what Rabih Geha did for Lebanese brand Images d’Orient, by translating the traditional elements of regional architecture into newly readable forms.

The owners of Images d’Orient self-describe their retail endeavour as something of an ‘oriental vagabond’: their Mediterranean-inspired homewares already sell in more than 50 countries, mostly in museum shops, but the company only just settled down in its own space in Beirut. So, how does a brand that relies on touting its otherness to the rest of the world communicate that message effectively once it’s back home?

‘What we did was a not-so-generic translation of Mediterranean archetypes,’ explained architect Rabih Geha, the designer brought on board to work on the Lebanese flagship. Many young retailers whose brands are based on exporting hyperlocal motifs are exploring more flexible distribution options before going brick-and-mortar – most make it big online and worldwide before even renting a square metre of local store space. That’s why this visual answer is quite pertinent to burgeoning brands that want to start thinking about the look of their physical footprint. 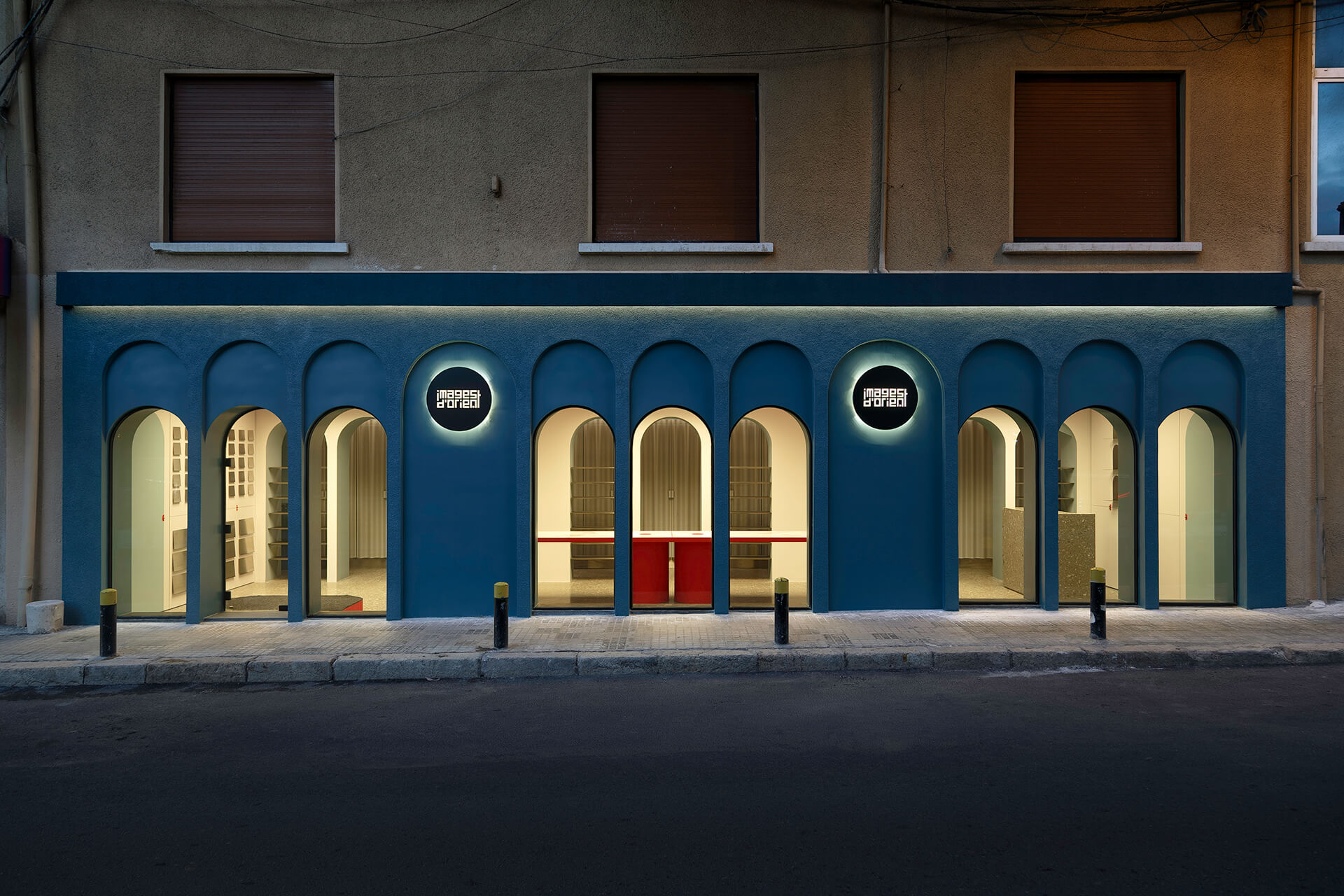 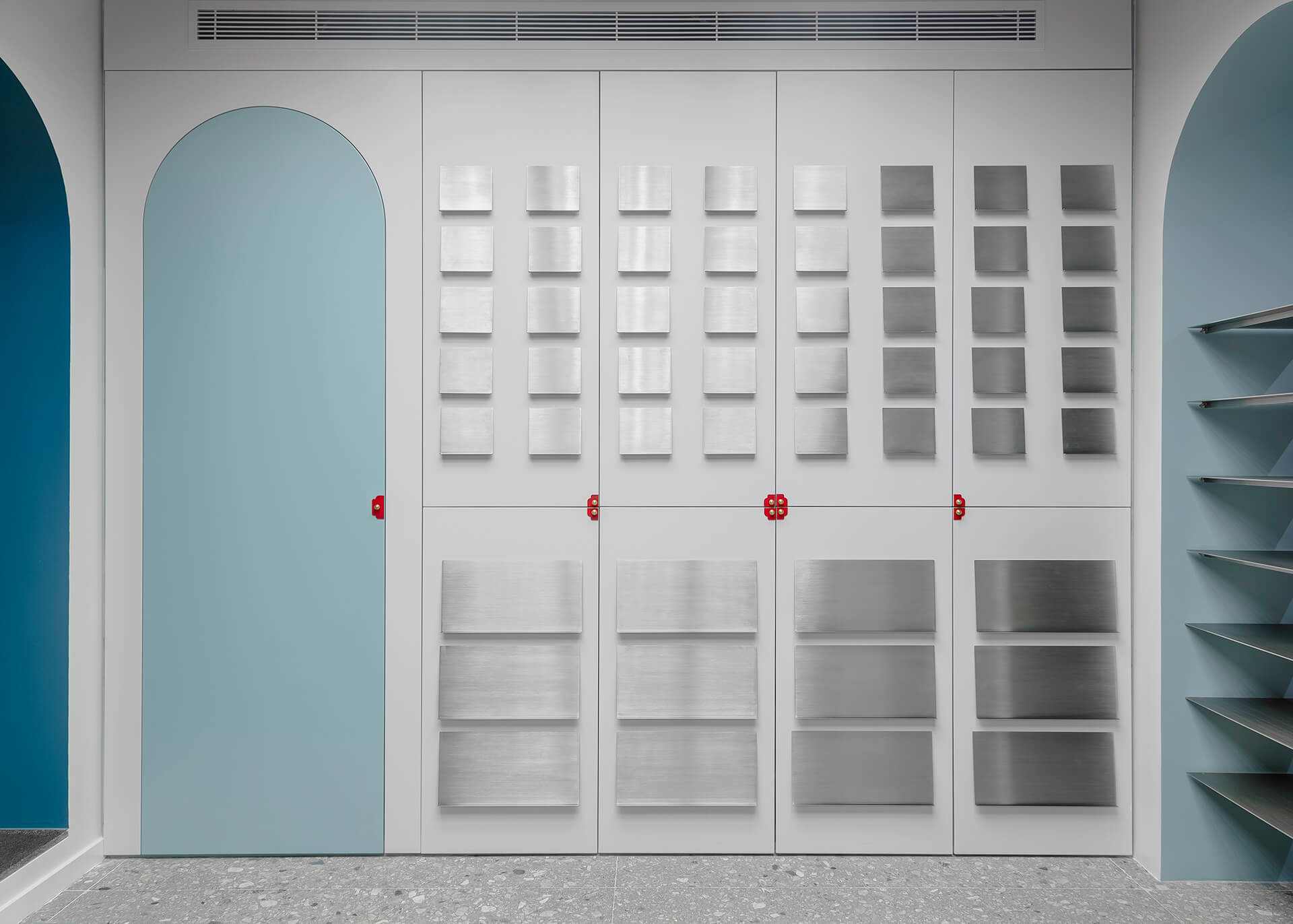 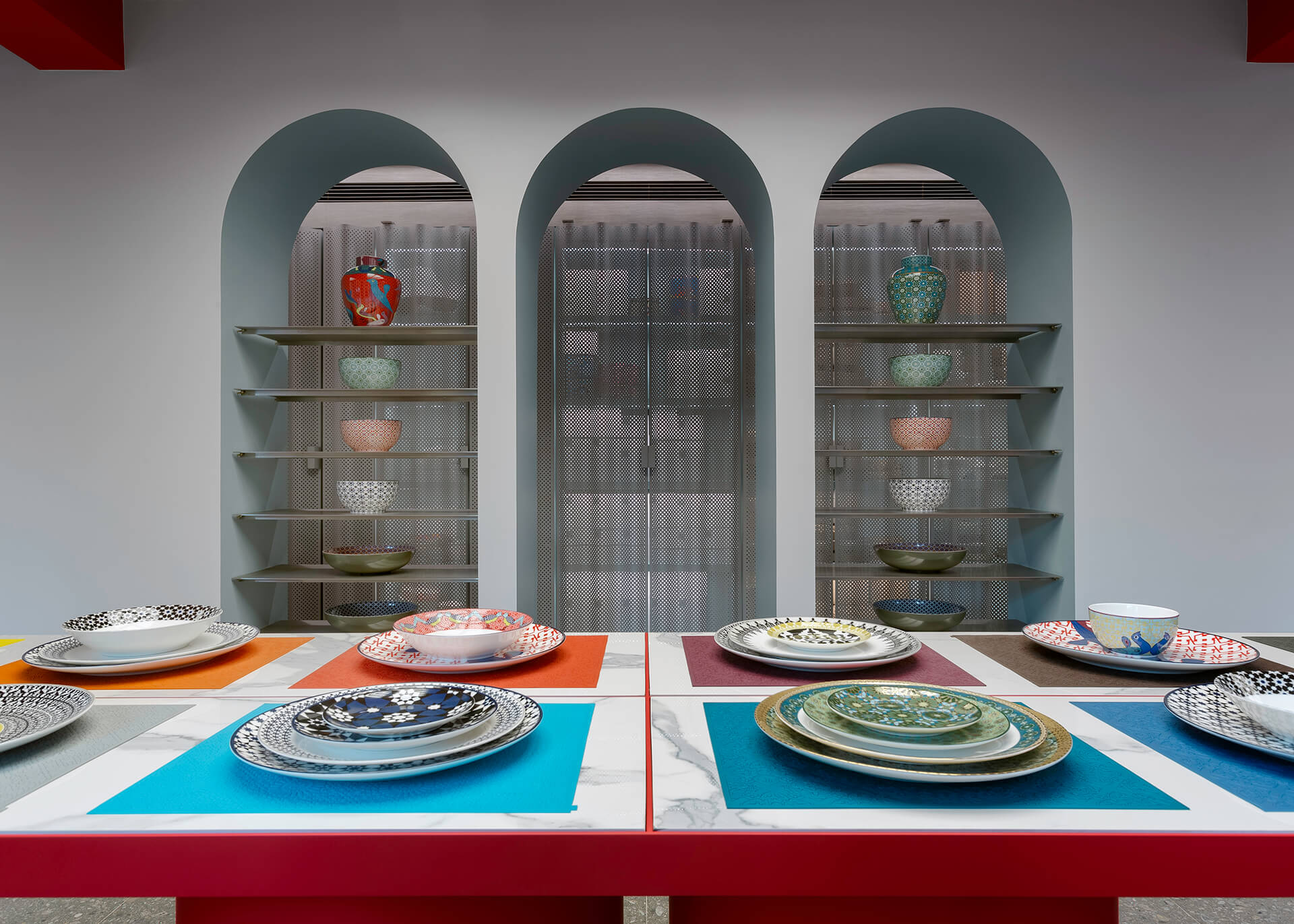 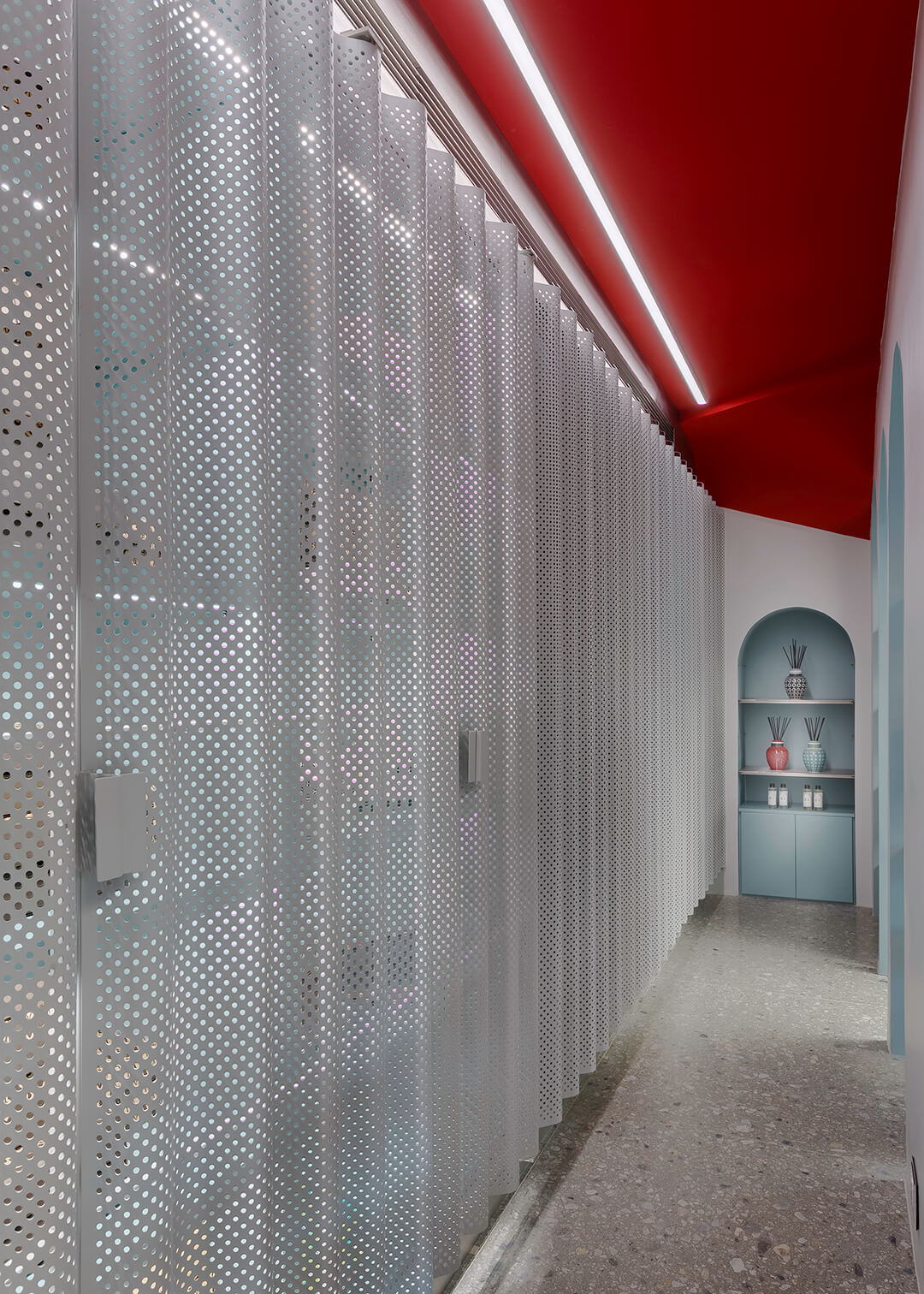 In this way, explicit traditional references evolve into contemporary forms

Geha’s translation, for example, takes the arched windows, white walls and blue arches that are so common in the region’s architecture, and turns them into more abstract, geometric iterations linked together by perforated steel mesh and glossy reflectors made from aluminium. The result is subconsciously familiar to local shoppers, but is far from being a caricature that would be immediately derided by the sophisticated Beiruti, a consumer that has been historically knowledgeable of both middle-eastern and western trends. ‘So, in this way, explicit traditional references evolve into contemporary forms,’ explained Geha.

And so far, the new Images d’Orient store has been a hit among locals – the coasters in particular have earned a front-and-center display. The manufacturer has been in business for nearly two decades, but this physical exercise was uncharted territory. By taking a MAYA approach to the store’s design, it has managed to become an example for hyperlocal retailers settling down at home for the first time.

THE TAKEAWAY
When preaching to the choir, make sure you’re singing a new song. To avoid repeating themselves, global brands should see local spatial designers as key allies when disembarking in retail territories where the brand message needs no introduction.