Imagine the stereotypical 1990s office. More than likely it’s a field of faceless cubicles, topped with awkward boxy monitors. We eventually knocked down the walls in favour of expansive, open-plan environments. They were meant to break down social barriers, too, encouraging workers to collaborate and intermingle, but recent studies indicate the opposite effects. And there’s another issue with open-plan offices: they’re loud. Which is why there’s a new style of office in town: the acoustic office. Case in point: Creative Valley CS in Utrecht, the Netherlands. Rather than filling an open workspace with a few acoustic booths, VOID Interieurarchitectuur (in collaboration with MONK Architecten) designed the space like one.

Located next to Utrecht’s bustling central station, Creative Valley offers 8,500 m2 of flexible workspaces, serviced offices and meeting areas. The interior designers say that Creative Valley CS revolves around inspiration and interaction. But with such a large space to work with, how did they design with connection in mind? ‘The building from MONK Architecten provides the answer: inviting waterfall-like staircases that range from narrow to wide, and also conceal the lifts,’ says Willemijn van den Broek, owner of VOID Interieurarchitectuur. ‘All the corridor areas around it were made so wide that we could design them like living areas, with beverage bars and seating. The routing at the heart of the architecture thus organically stimulates meeting and interaction.’ 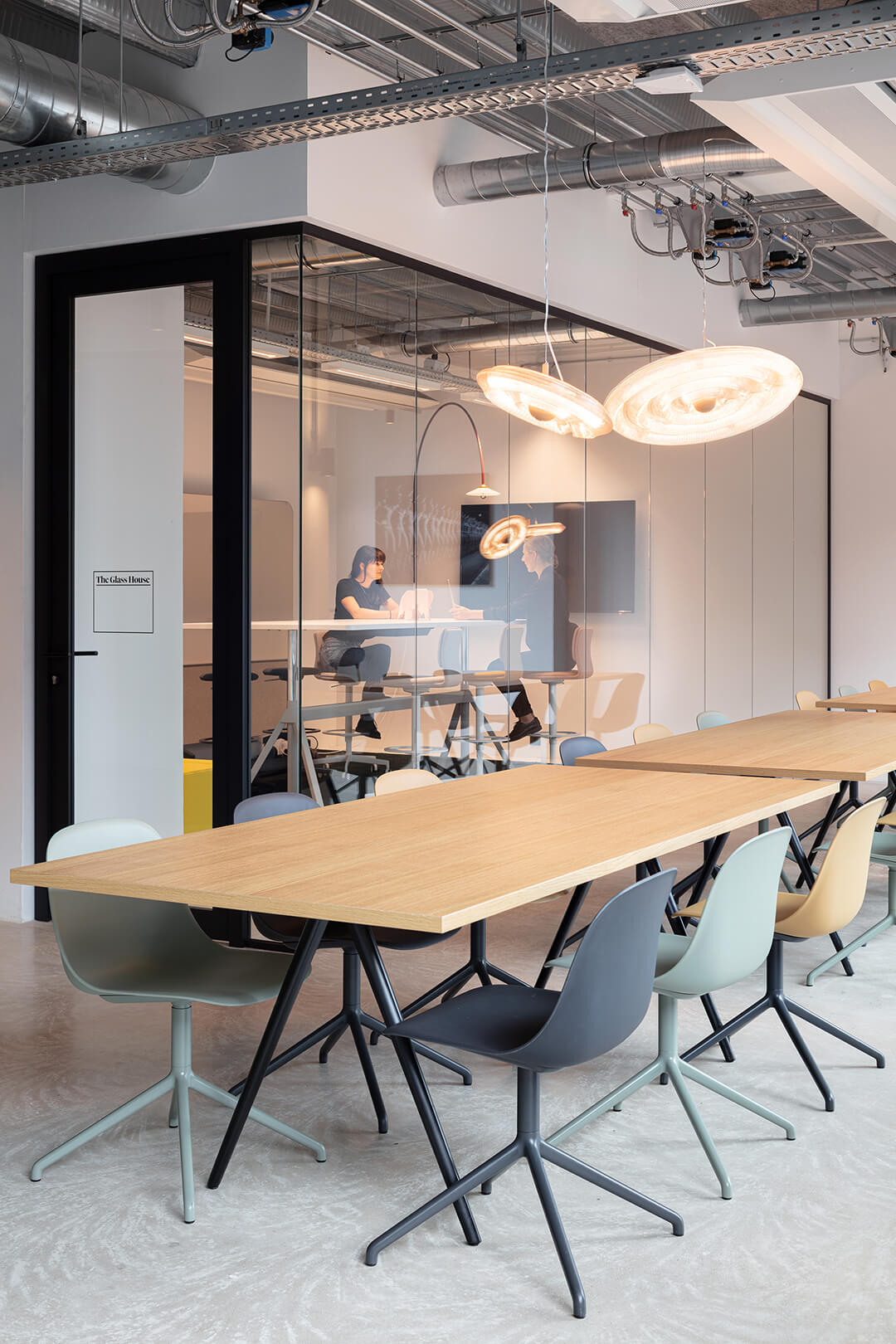 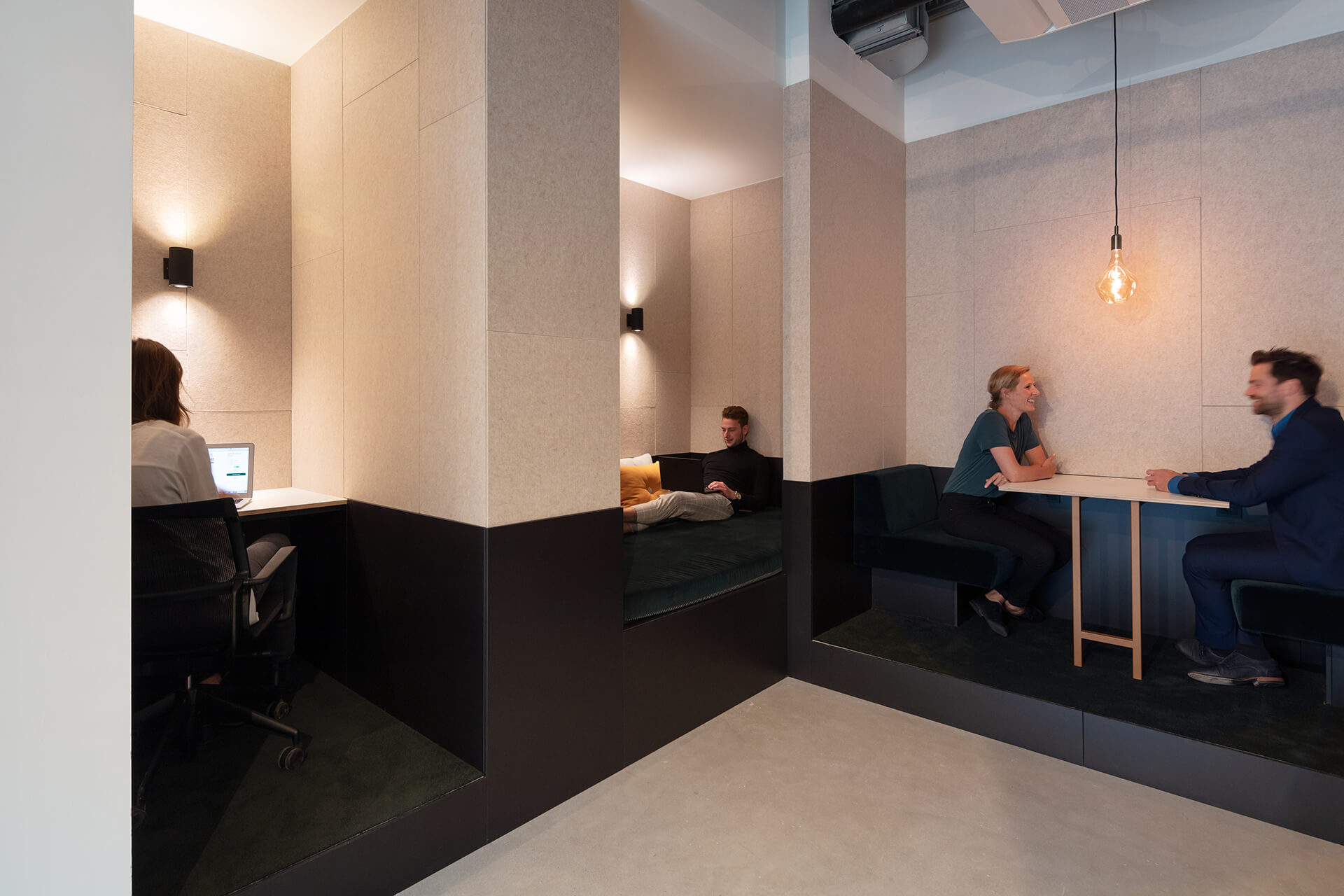 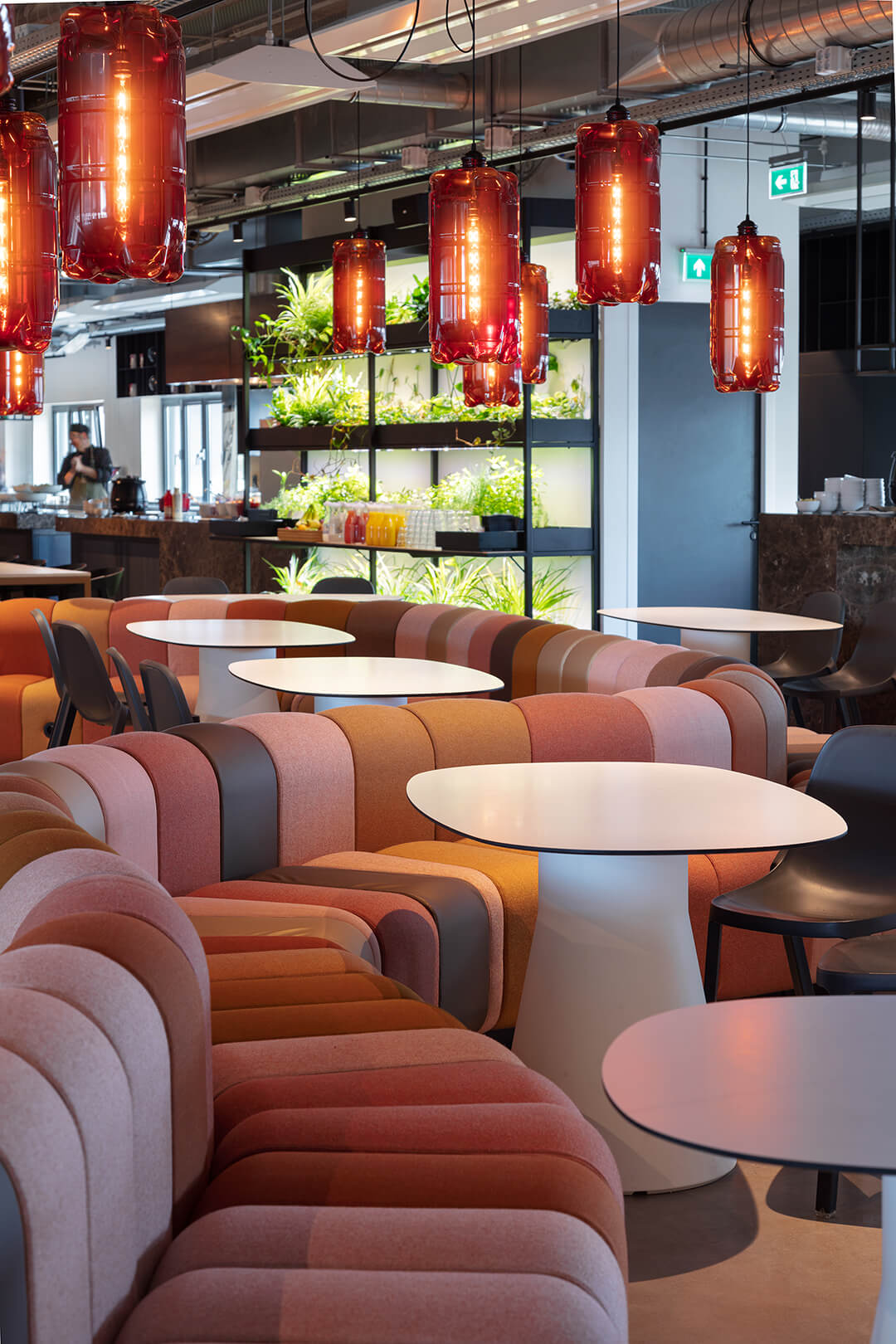 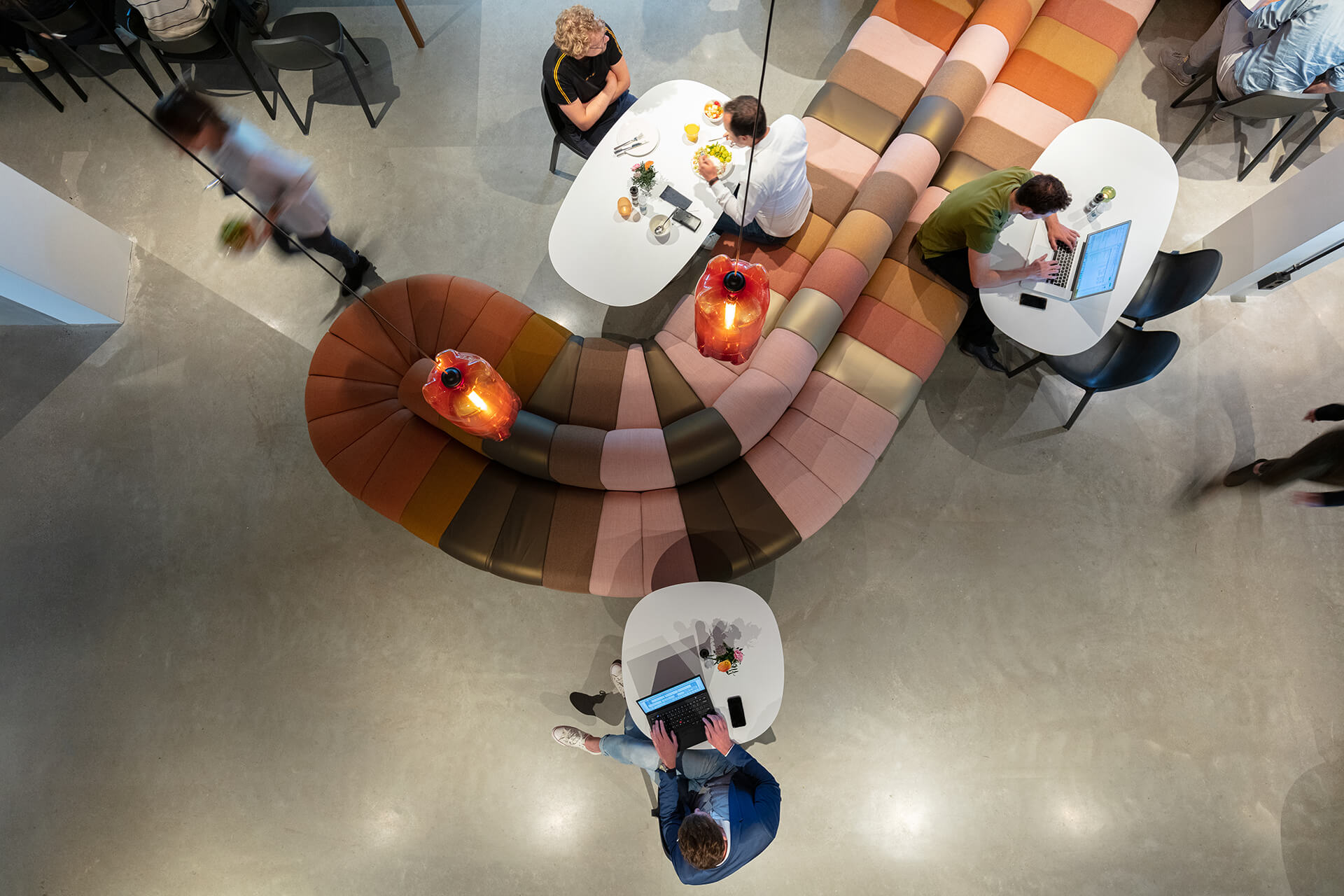 But, to paraphrase something Kelsea Crawford of Cutwork said back in Frame 131: ‘It’s only possible to be together if it’s always possible to be alone.’ (She was talking about living, but the sentiment still stands.) And the designers at VOID Interieurarchitectuur agree. They factored in private time in the form of so-called ‘nests’: warm and cosy places that are not only suitable for making a call or for concentrated work, but in which you can even lie down. ‘In this way, residents of CVCS can always withdraw,’ says Van den Broek. The walls of these nests are covered in acoustic felt panels from ReFelt that, because they’re made from recycled plastic bottles, tackle the issues of sound and environmental pollution.

Acoustic materials used to often be hidden away out of sight, but VOID Interieurarchitectuur made a feature of them at CVCS – even going so far as to create an entire wall installation from ReFelt panels in a conference room. ‘We want a workplace to inspire,’ says Van den Broek, ‘which is very simple with such an aesthetic solution – people want to touch the wall.

We like to work with – and experiment with – new and innovative materials. There are so many inspiring developments coming from manufacturers of acoustic materials – we don’t want to hide them!’