Form Us With Love shows us an unexpected side of champagne

In translating champagne from beverage to exhibition design for the Spritmuseum, Form Us With Love dismisses the bubbly’s festive, celebratory associations. ‘We didn’t want to have a sparkling, glittery gold space,’ says creative director and co-founder John Löfgren. ‘We wanted the interior to clash with the luxurious aesthetics champagne is associated with, so instead we built the whole exhibition out of stained Swedish wood.’ Having designed the 2015 Beer exhibition, the Stockholm-based studio approached champagne from an unconventional angle that delves deeper into the beverage’s history.

Löfgren explains that the design concept takes cues from an apparent clash between the production of champagne and its consumption traditions. ‘The exhibition is about all the small, super interesting, nerdy things about the drink, and then on the other hand it’s based on the cultural aspect of champagne: its association with wealth for example, and what it represented during the fifties, the sixties and so forth.’ 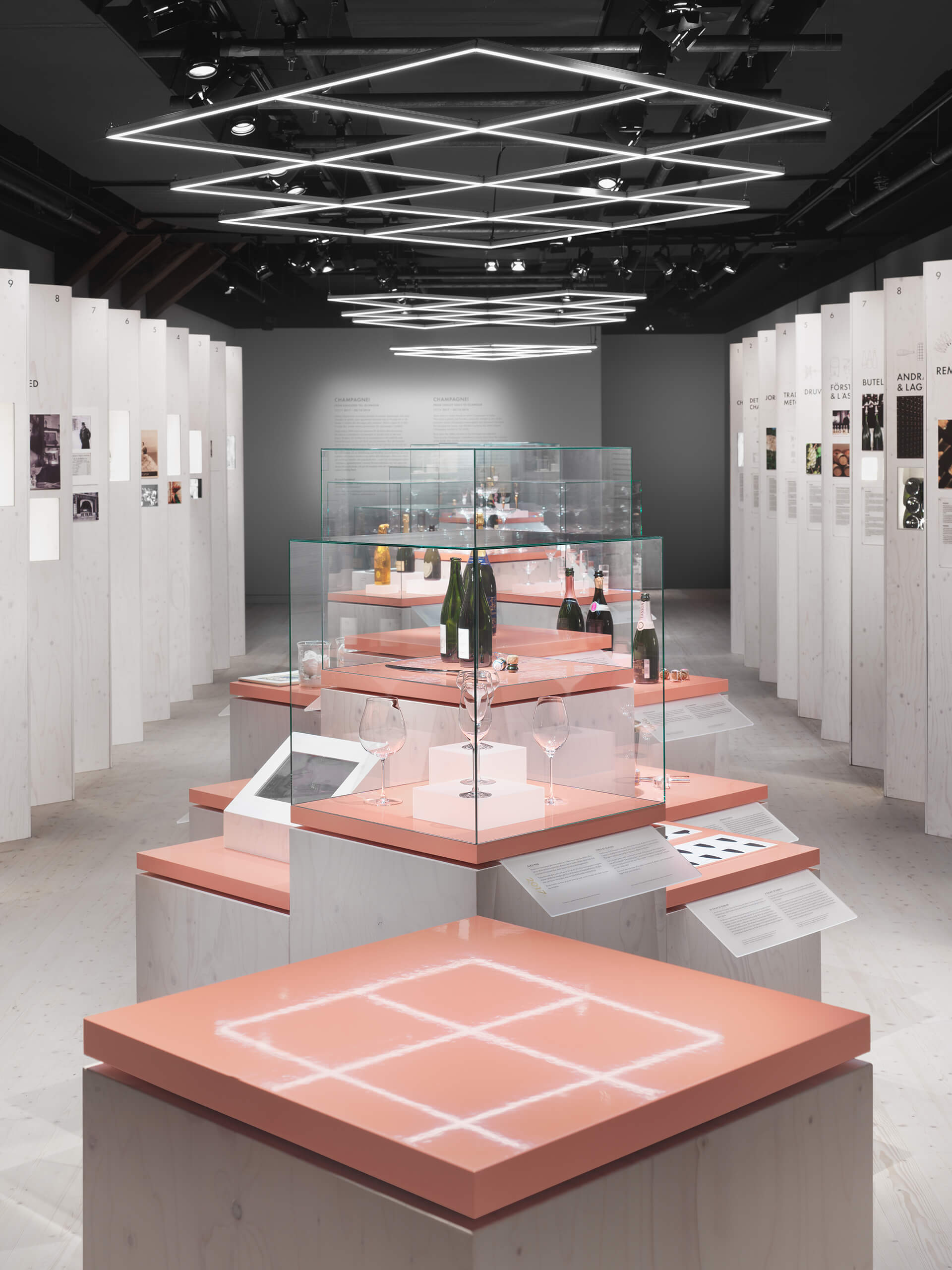 Spatially, this contradiction is expressed with two zigzag-folded walls running across the two sides of the exhibition. ‘The space is quite small and long, so we played with a billboard technique used in advertising,’ says Löfgren. ‘On one of the walls we printed a 10-m-long image of a farmer and horse during harvest season, and on the other an image of young people in a limousine sipping the drink straight from the bottle: emphasizing the cultural clash in the exhibition.’ 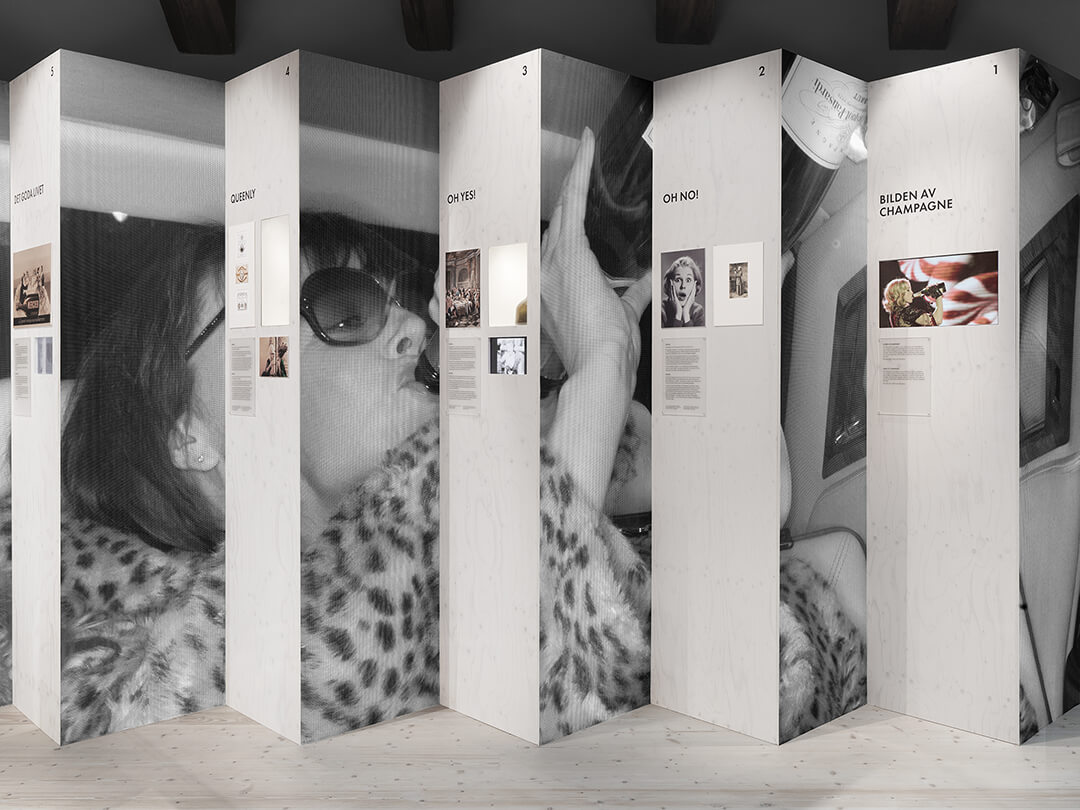 A grid of freestanding displays in the middle of the room creates a landscape of champagne bottles and objects that relate to scientific facts and cultural stories about the drink. ‘The elevated displays put the product in the spotlight while linking to the folded walls,’ says Löfgren, ‘as everything is based on a 60-by- 60-cm grid, including the custom-made light fixtures.’ Displaying information on the manufacturing traditions of the drink on one wall and its cultural aspects on the other, the exhibition invites visitors to choose whether they want to navigate the space in chronological order or wander back-and-forth freely.

The studio used virtual reality technology to map out the exhibition space prior to its set-up and get a real feel of the space. ‘We could really experience the space and all its measurements, checking if it was wheelchair-accessible, whether dividing the images across 10 metres worked well and so on. Virtual reality is the perfect tool for entering a space and feeling what it is like; once the technique is widely available both in terms of size and price, we’re going to see much wider use of it across the industry,’ says Löfgren.

The Champagne exhibition runs at the Spritmuseum until 1 October 2018.