In the warm sunlit hour of Italian aperitivo yesterday on 18 April, the Diocesan Museum courtyard came alive with some of the most noteworthy designers and brands exhibiting at this year’s fair. The Frame Awards Milan – a very special Salone del Mobile edition of the awards for the world’s best interiors – nominated five stands each for Best Use of Colour, Best Use of Light, Best Use of Material, and Trade-Fair Stand of the Year. 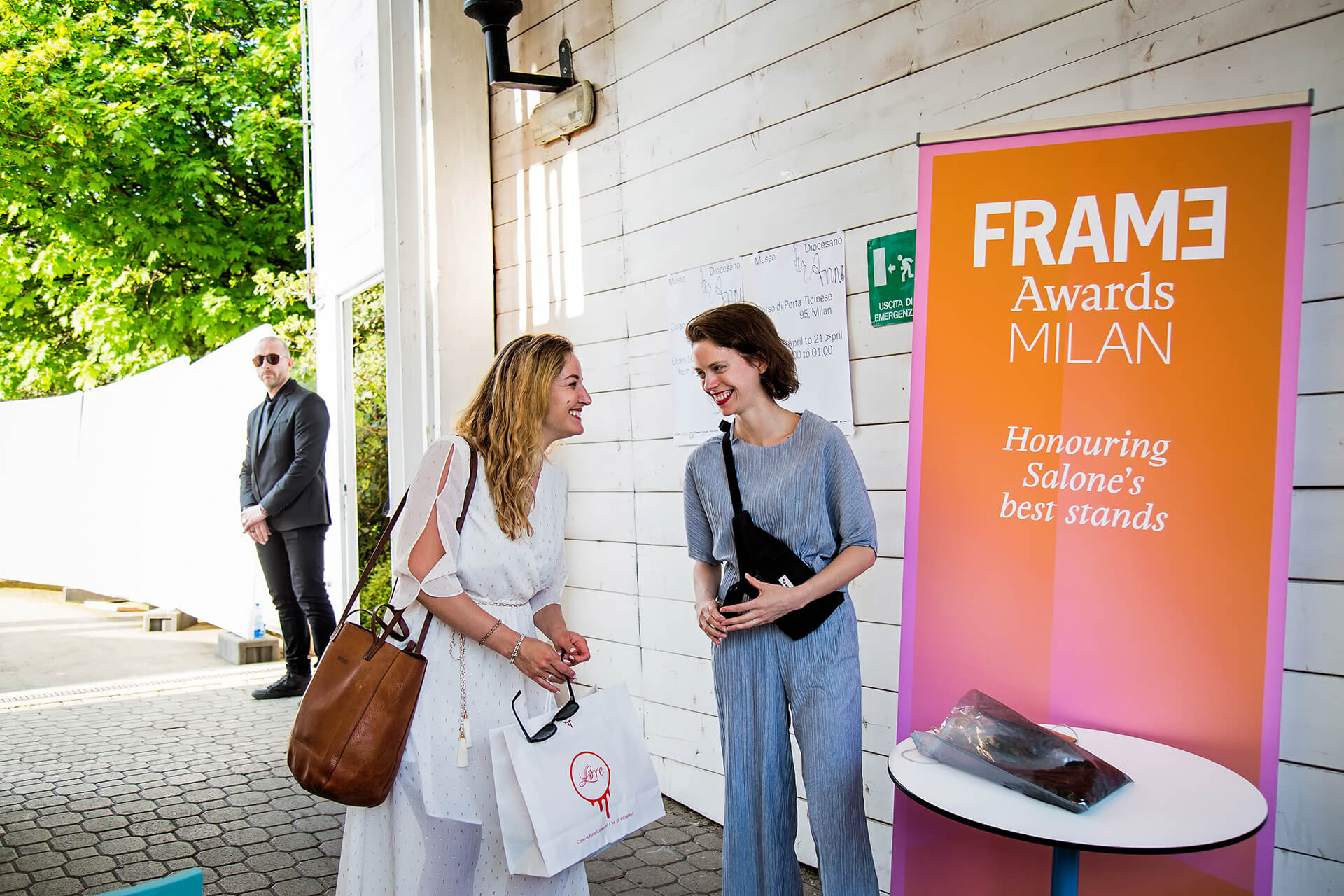 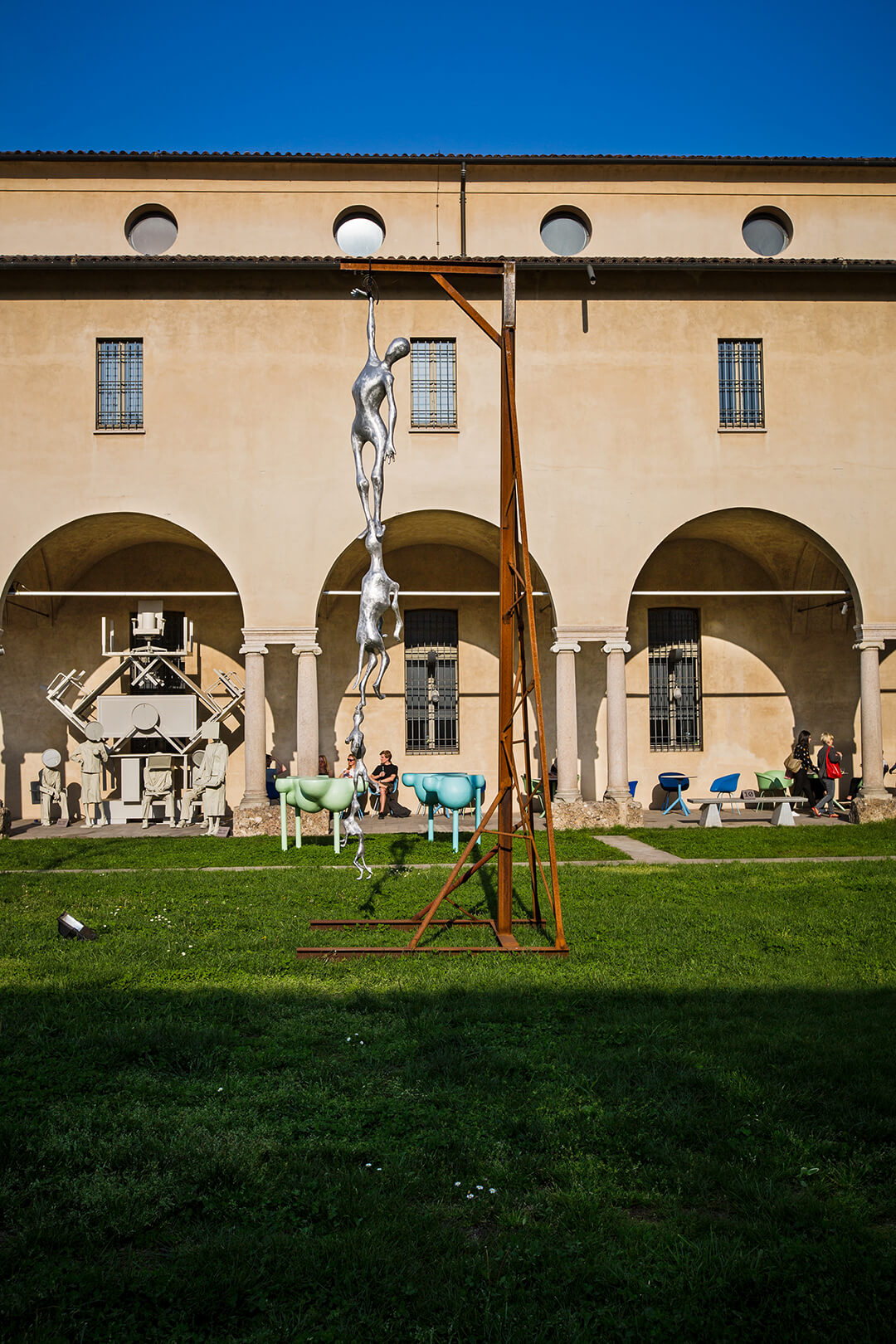 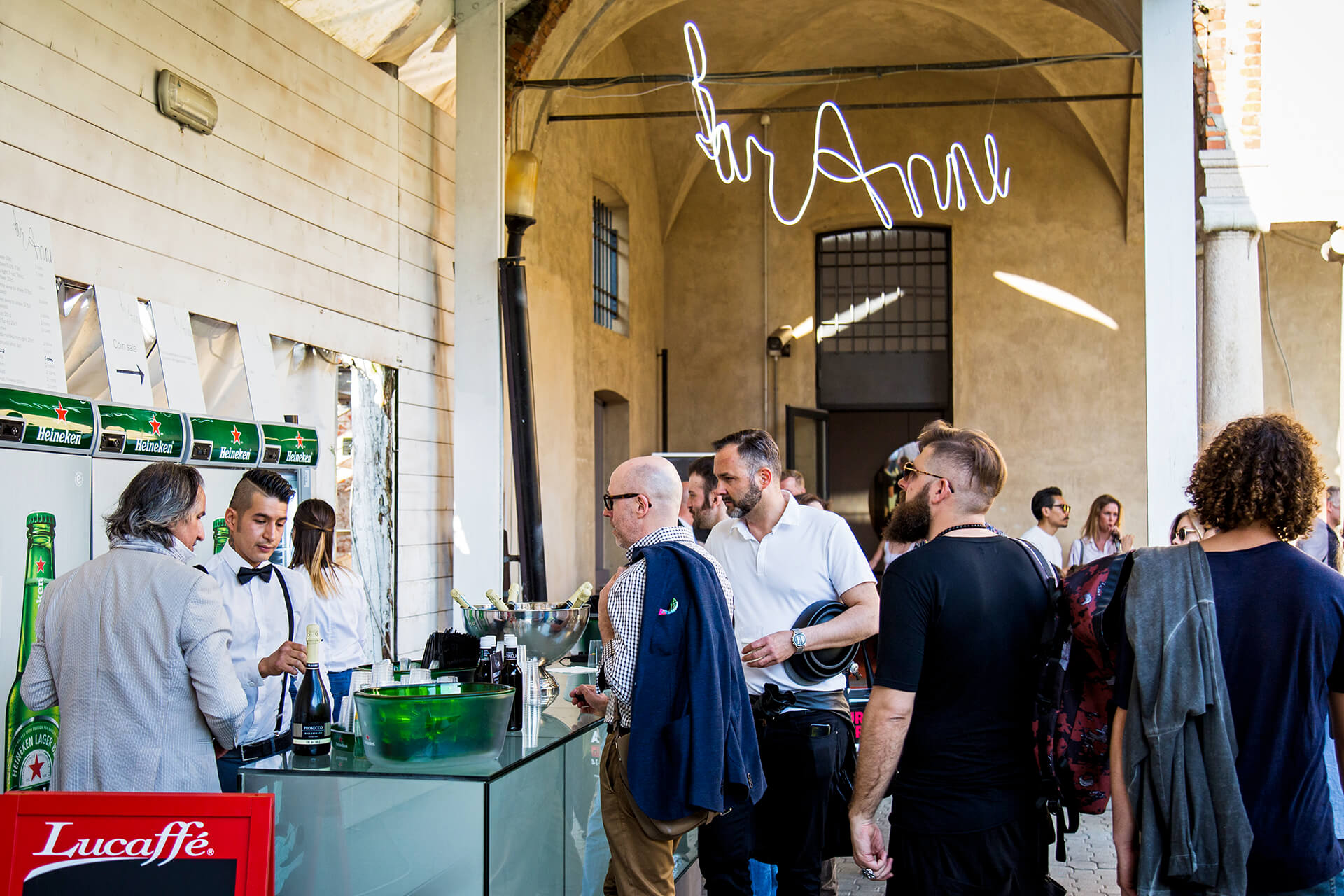 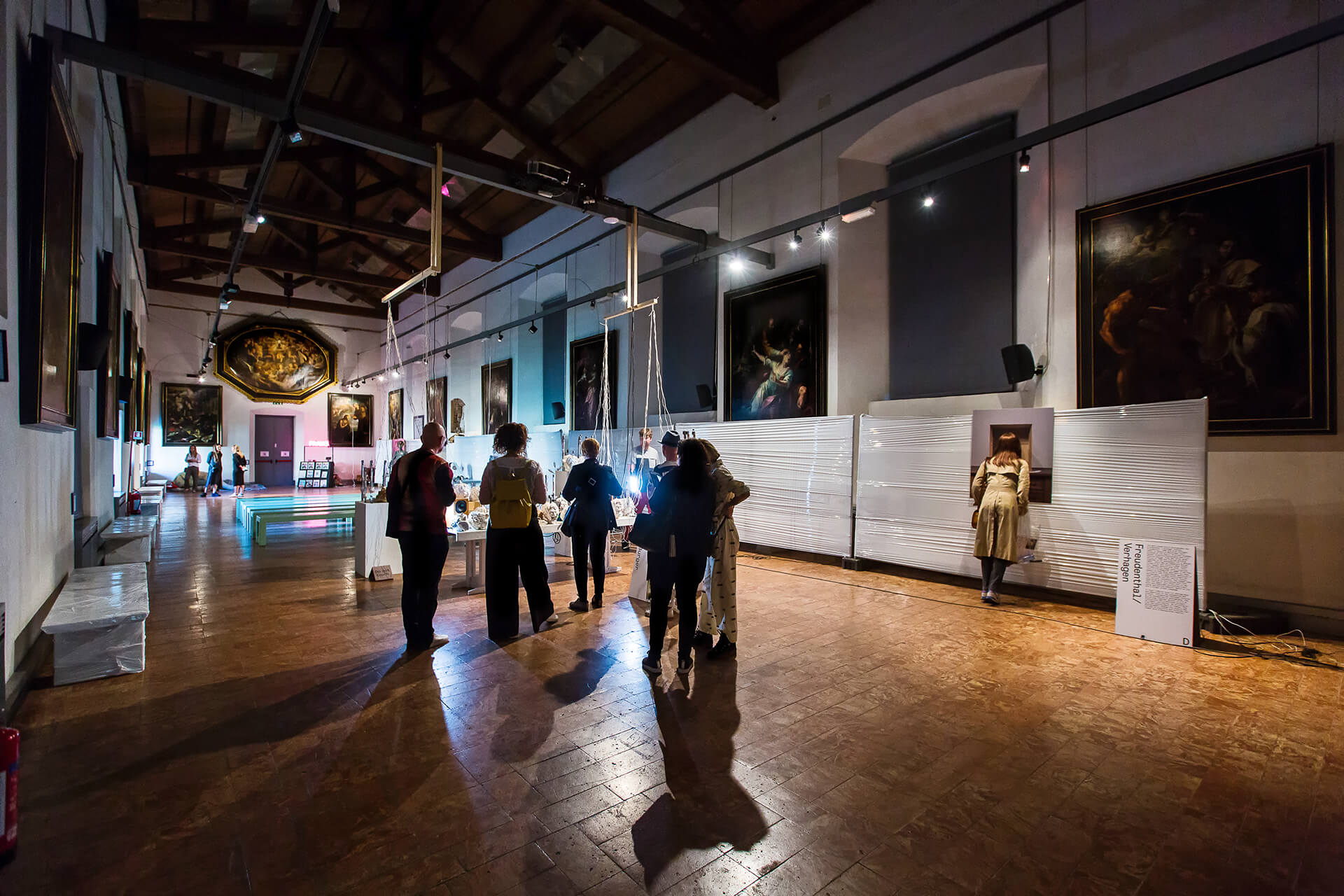 Following a short welcome by Hans Lensvelt, owner of Lensvelt (whose brand exhibition space hosted the Frame Awards Milan prize-giving ceremony), the jury members from YourStudio presented the award for Best Use of Colour. Cofounder Howard Sullivan and associate director of environments Tom Edington were effusive in their praise for Helena Laursen’s design for Montana.

‘We were instantly drawn in by the giant colour statement: a megalith of red shelving scaling all the way up the walls,’ says Sullivan. ‘We love how committed the design was, using only Montana’s modular furniture to create the entire scheme of reds from neon ketchup to pink to oxblood.’ 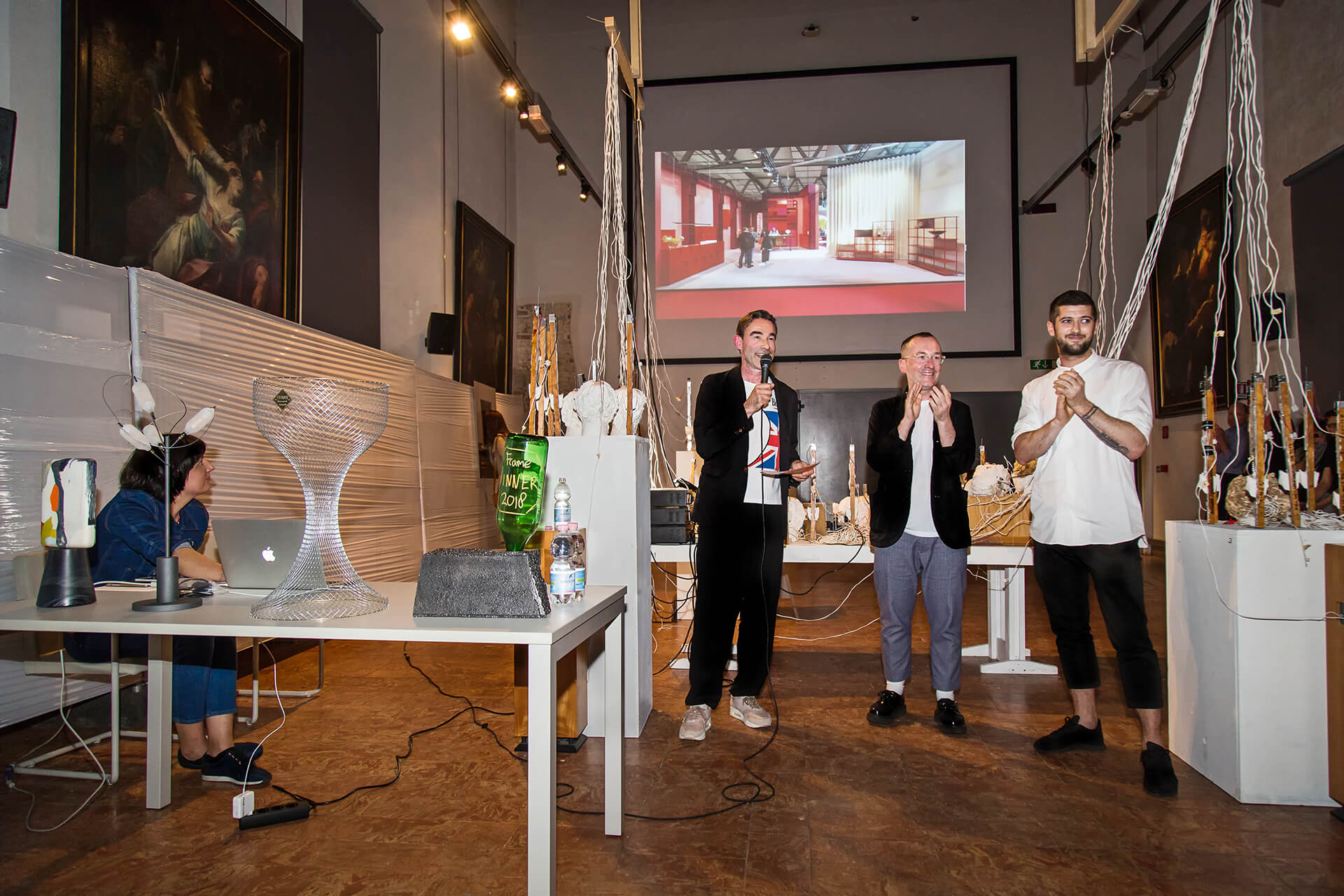 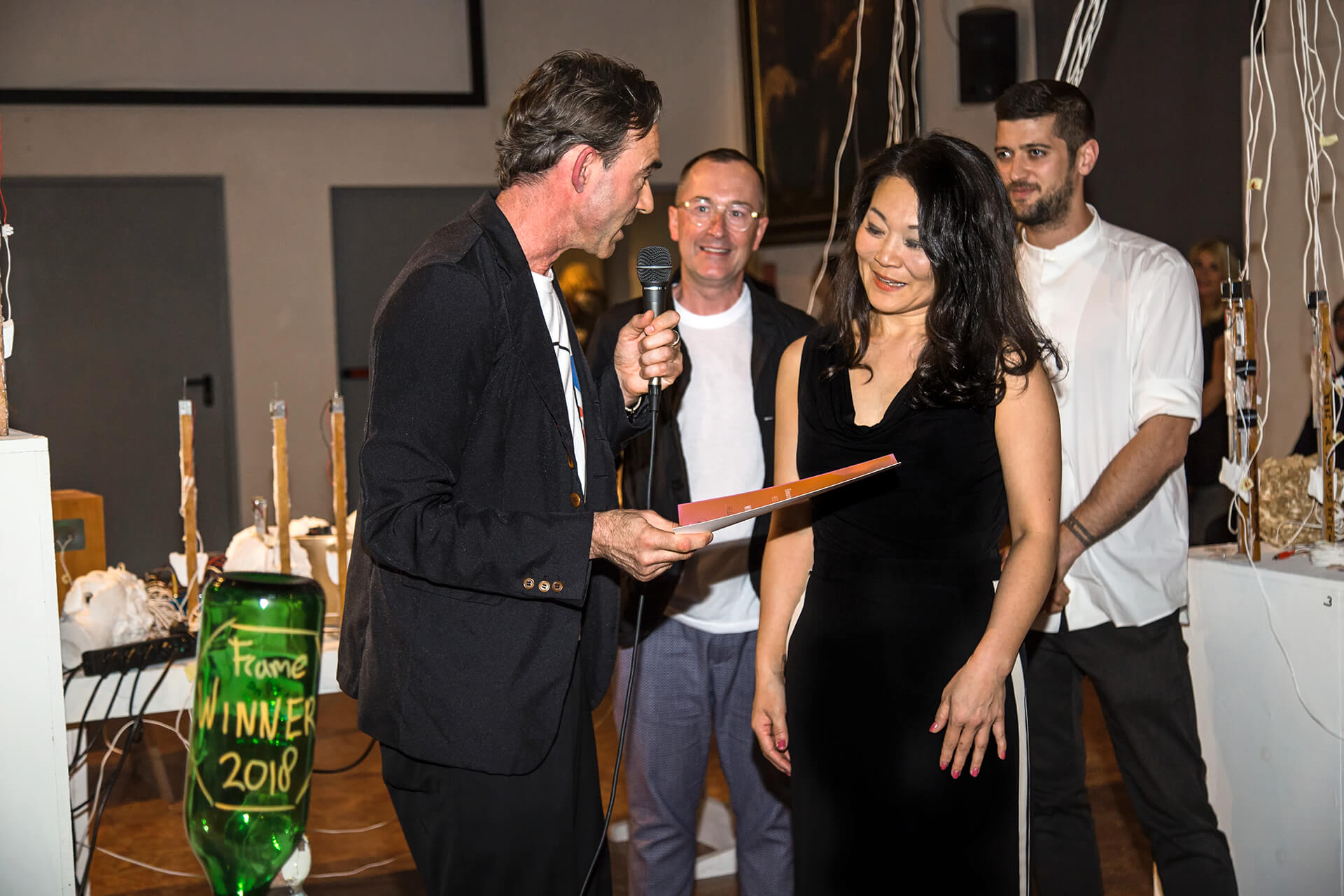 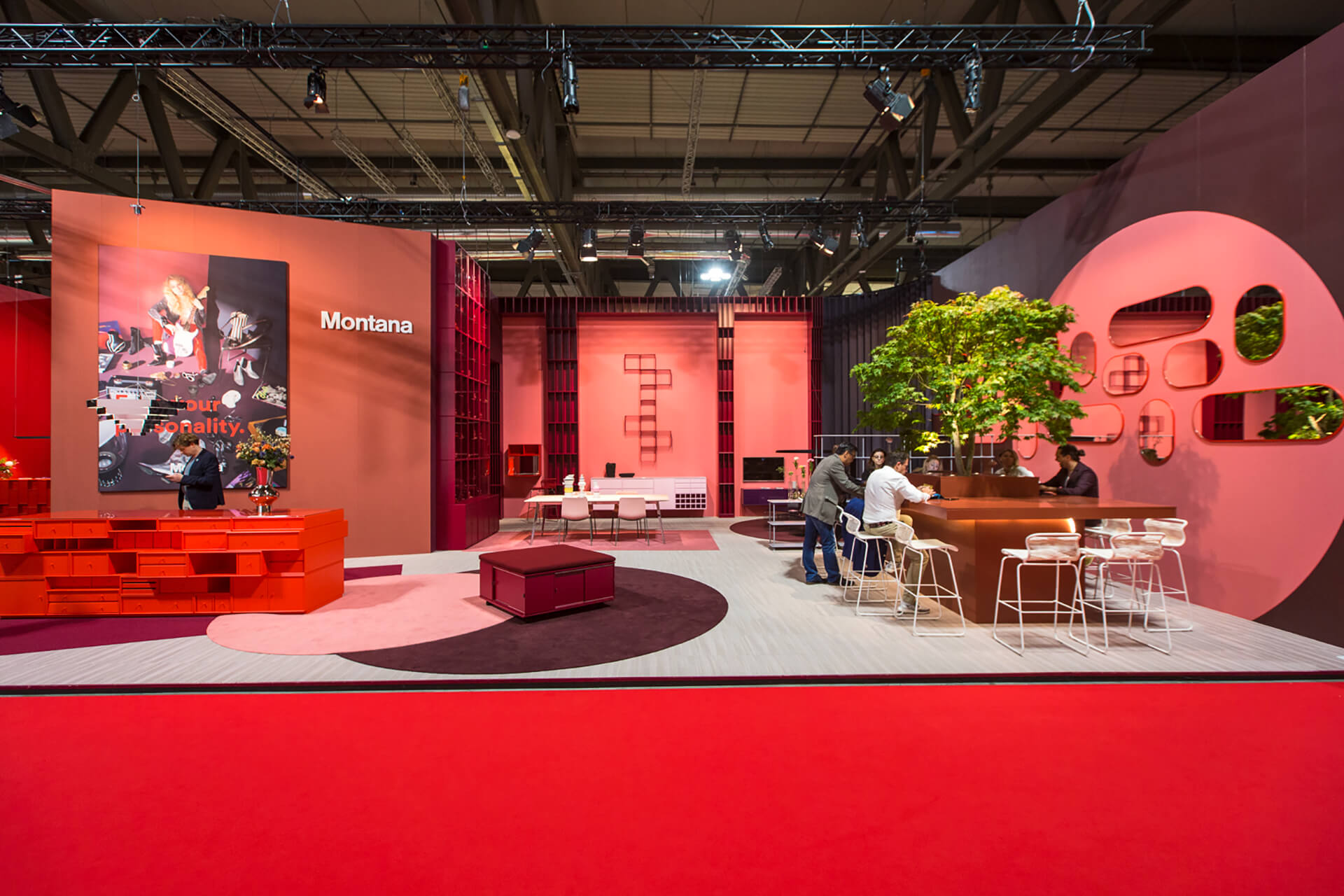 ‘It felt like a cathedral of colour; impactful on an emotional level,’ says YourStudio cofounder Howard Sullivan of Laursen’s winning design for Montana.

The award for Best Use of Light was presented by Marco Donati, cofounder of Milan-based studio Storage Associati. The award went to Cappellini’s trade-fair stand design by Giulio Cappellini, which took an architectural approach to light that the jury found remarkable. 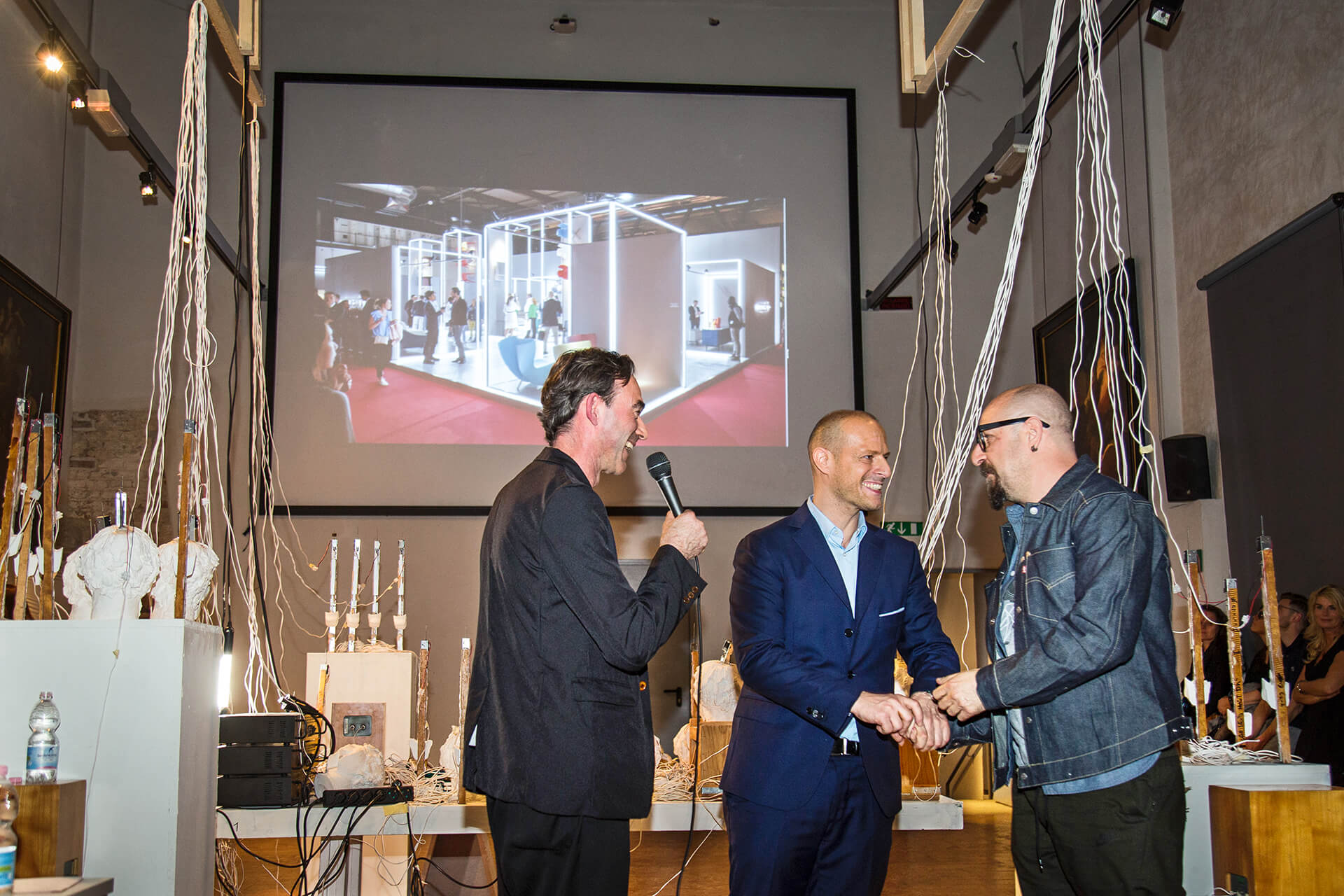 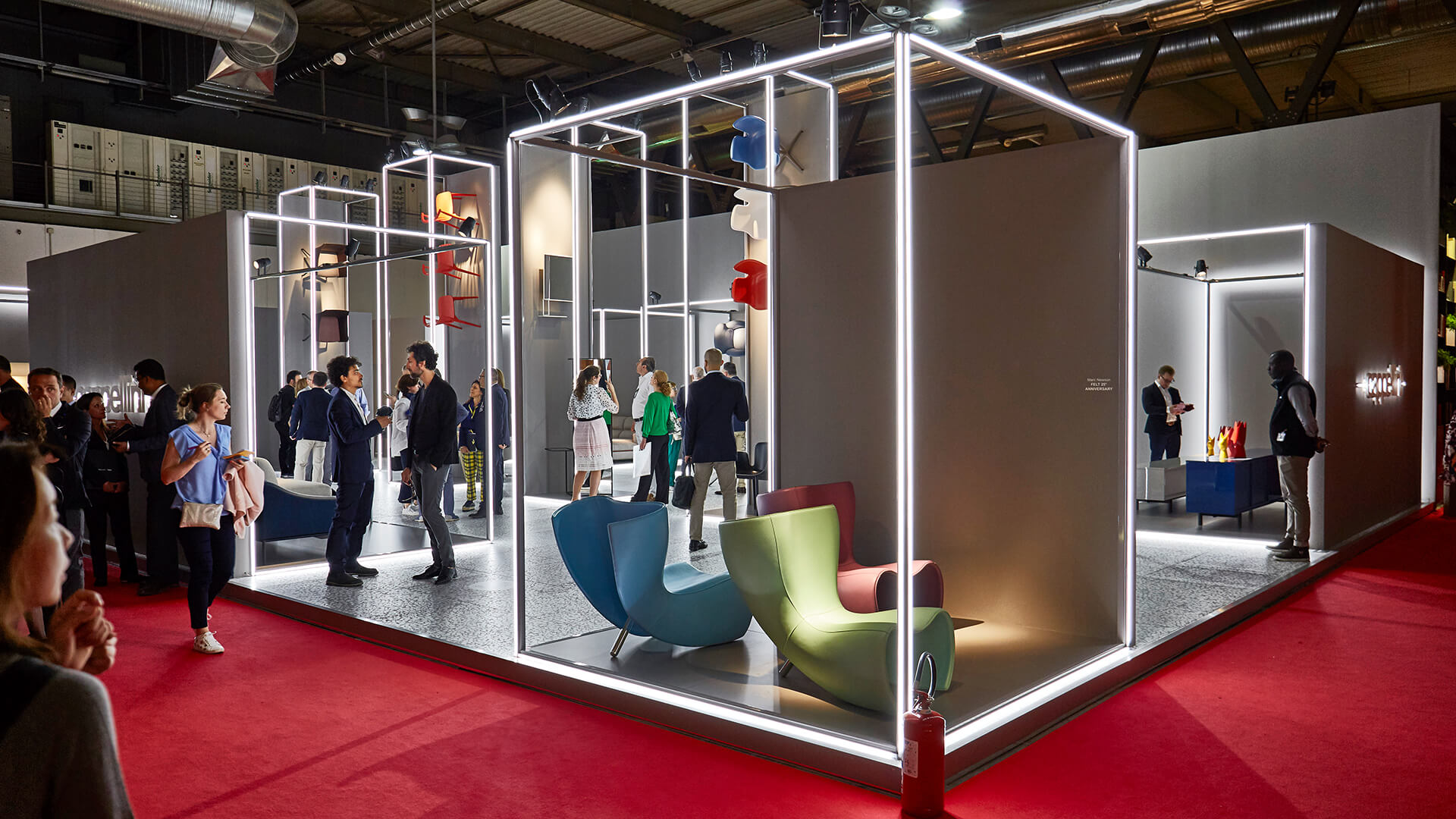 ‘Cappellini distinguished itself for its use of light as a spatial material, not just as an atmospheric add-on,’ says Frame editor and jury member Floor Kuitert. ‘The entire structure was built with light.’

Best Use of Material was presented by the two jury members from Frame; Kuitert as well as research editor Anouk Haegens. The award went to Dutch architectural practice UNStudio for its design for USM. ‘We wanted to see how far we could push the structural boundaries of the client’s modular systems,’ says senior architect and associate Ren Yee of the studio’s concept, which actually uses USM products as the construction material of the stand. ‘In addition to being a strong spatial statement, the design actually embodies the brand and its modularity,’ says Kuitert. 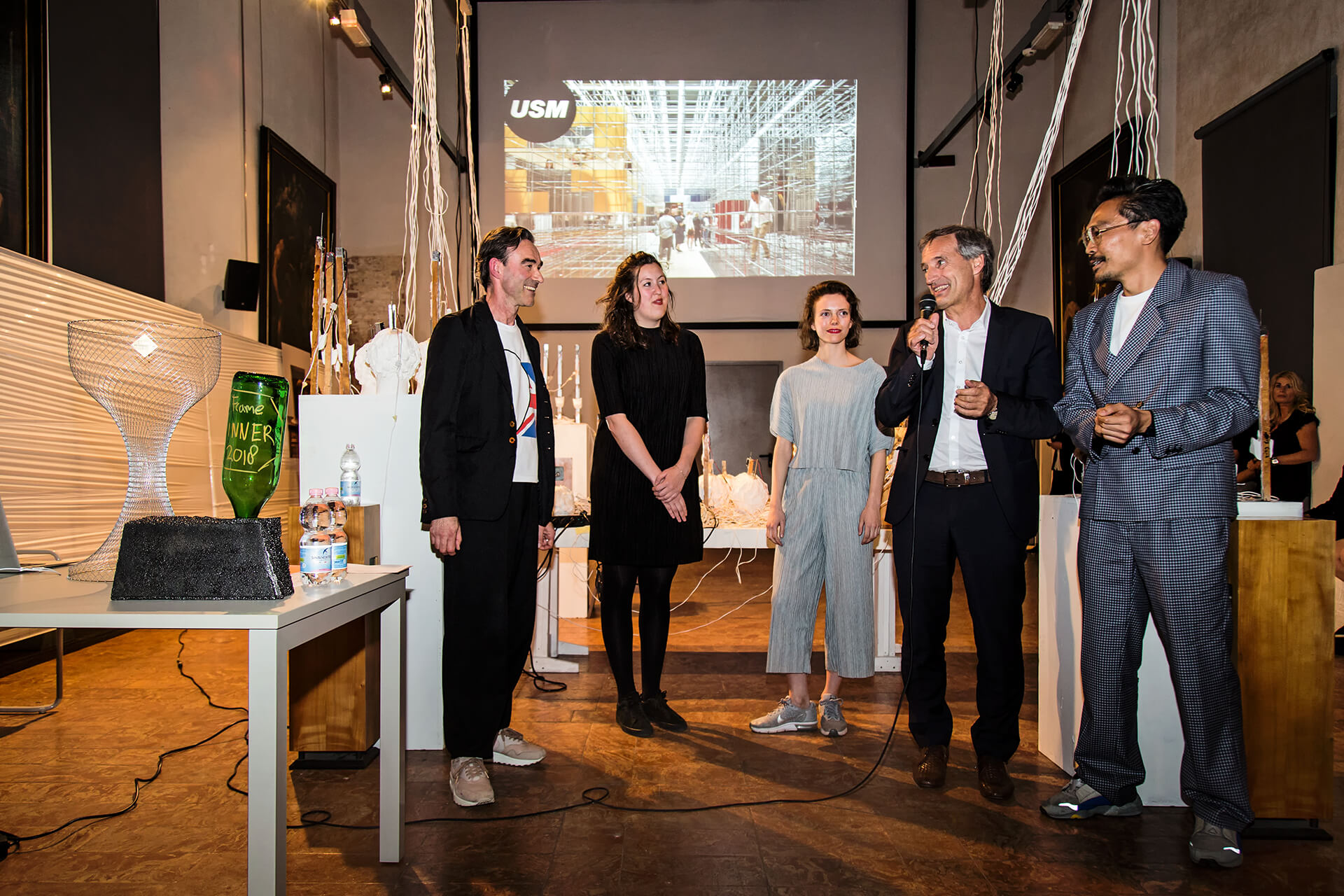 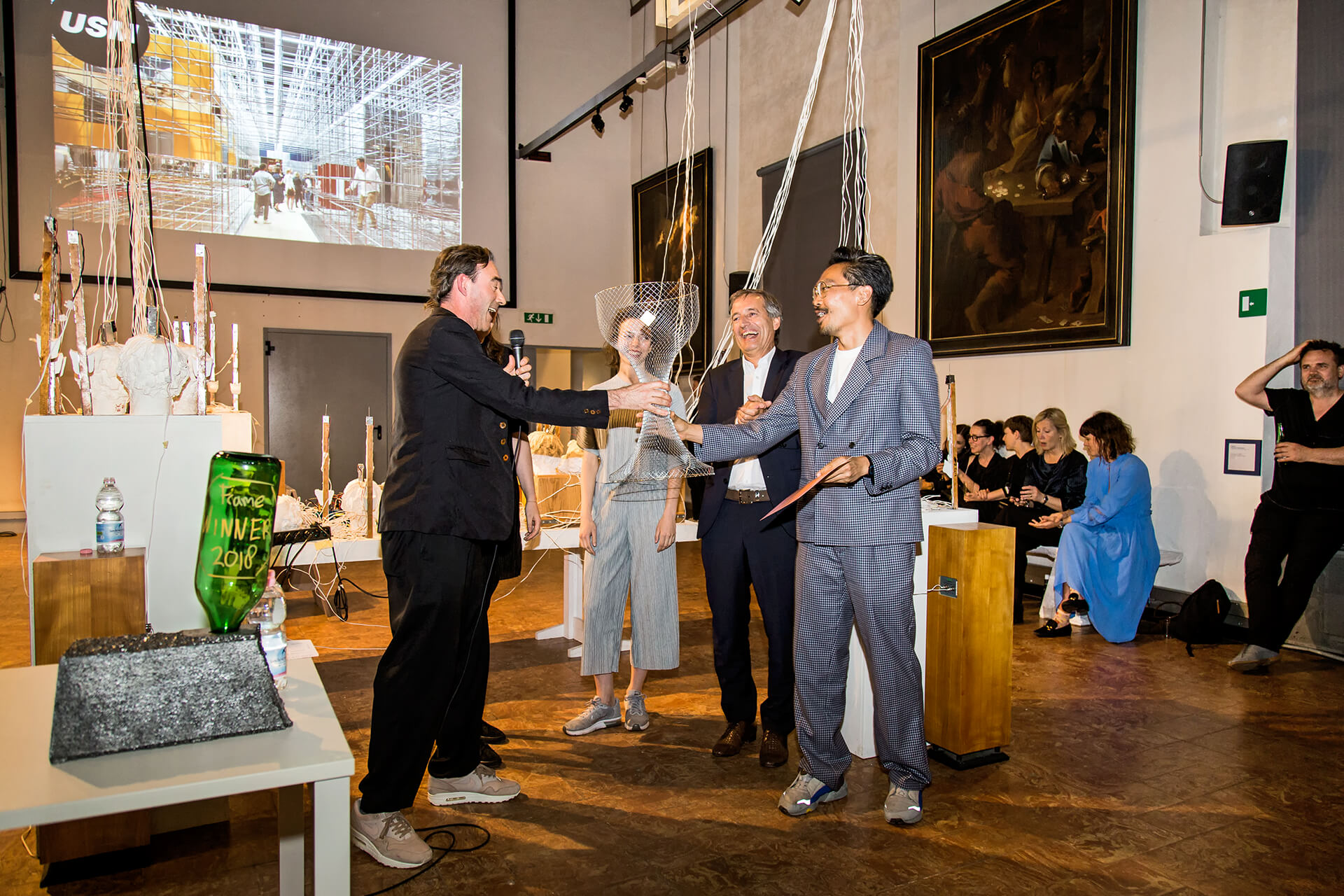 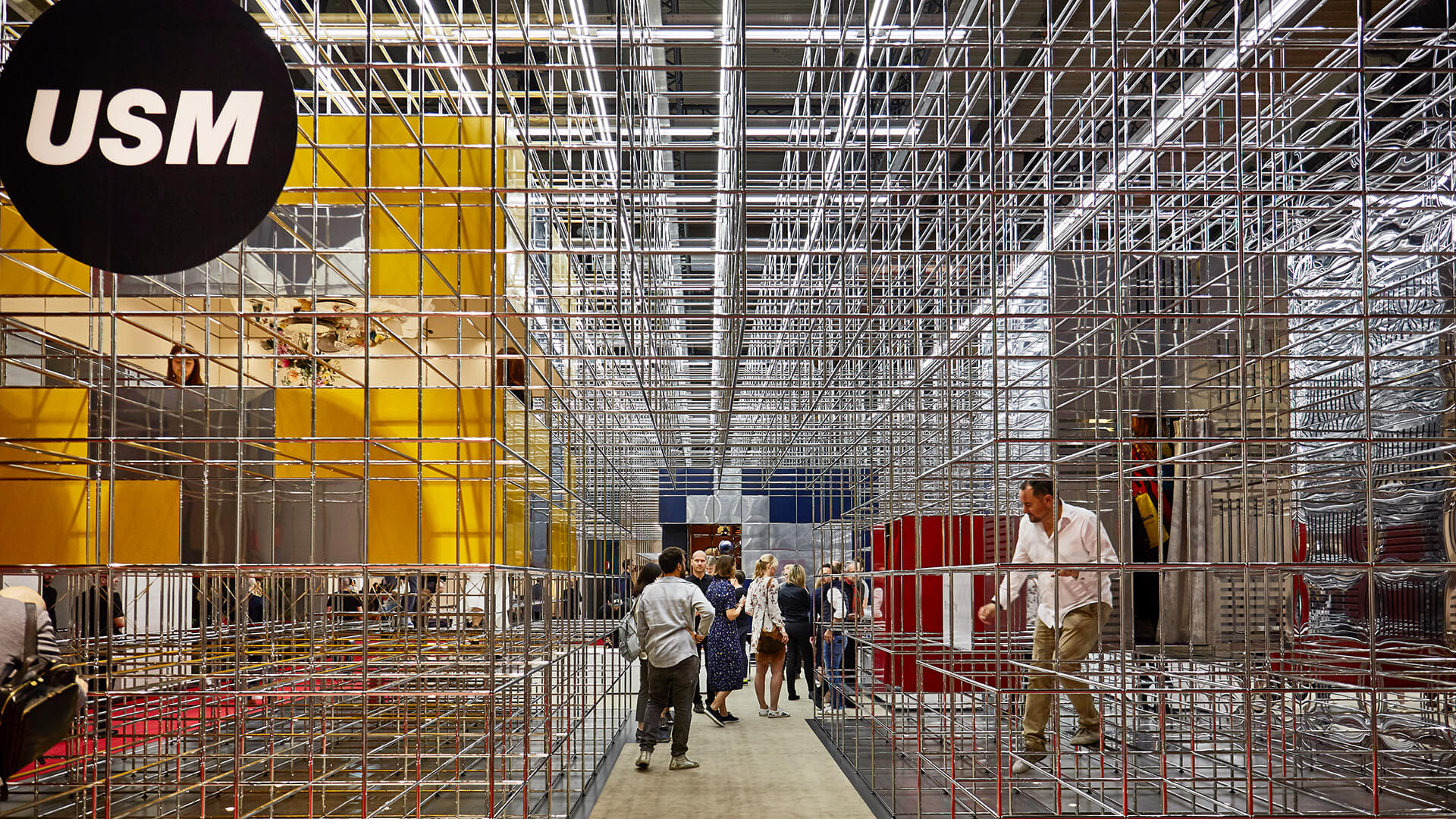 Assembled from more than 5,000 balls and 13,000 connectors and tubes, even the client thought building the stand was an unbelievable feat by UNStudio.

When UNStudio’s design for the modular furniture brand was announced again as the winner of Trade-Fair Stand of the Year, the team couldn’t contain their excitement and crowded onto the stage. The award was presented by Remi Versteeg, cofounder of Space Encounters, Frame Awards 2018 Emerging Designer of the Year. Versteeg congratulated his fellow architects. ‘The crosspollination of different disciplines in the nominated trade-fair stands is what makes Salone a holistic design fair, not just about furniture,’ says Versteeg. ‘UNStudio is expanding what people think of when they think of architecture, and I think it’s an amazing example of what a trade-fair stand should be.’ 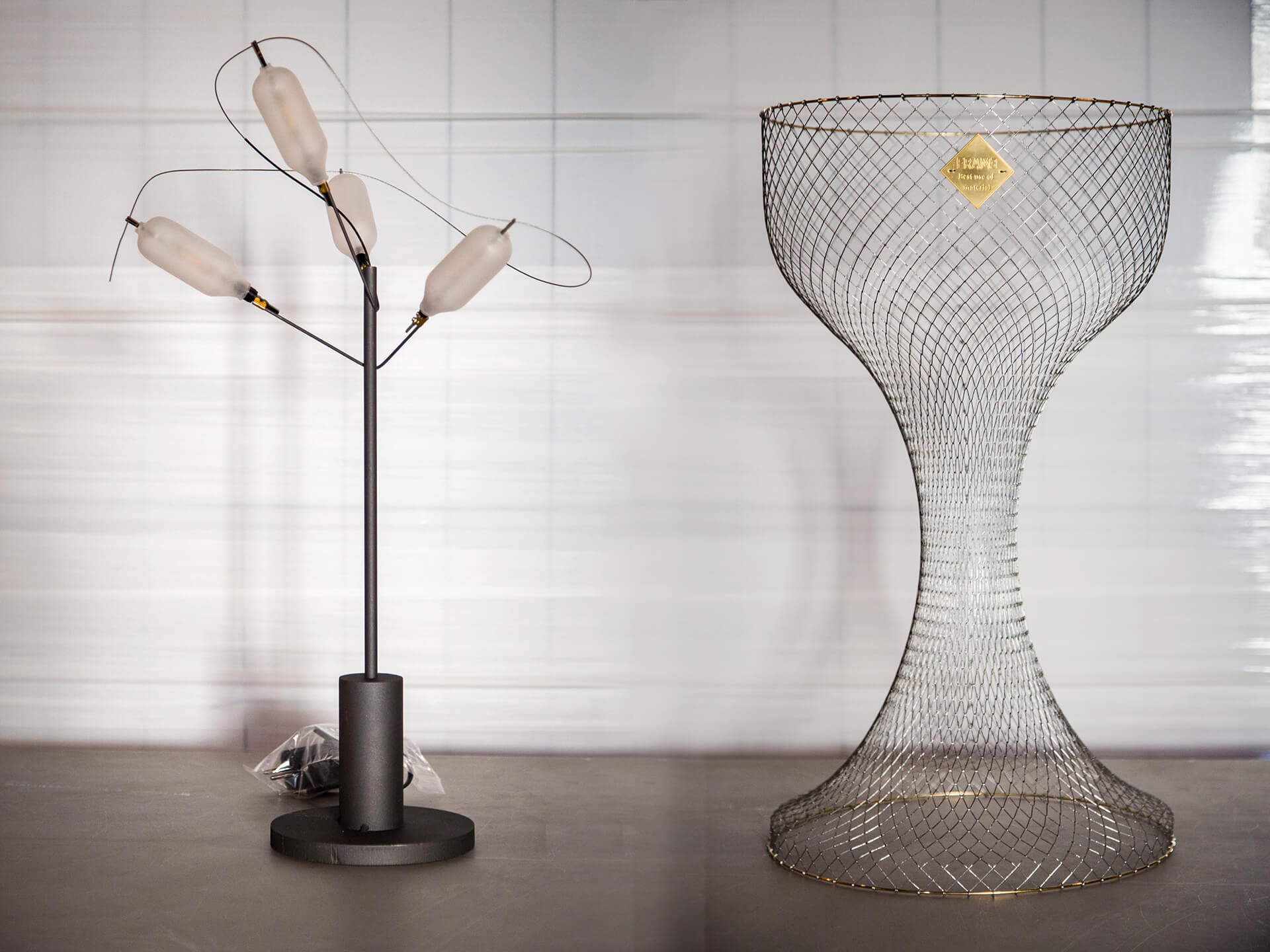 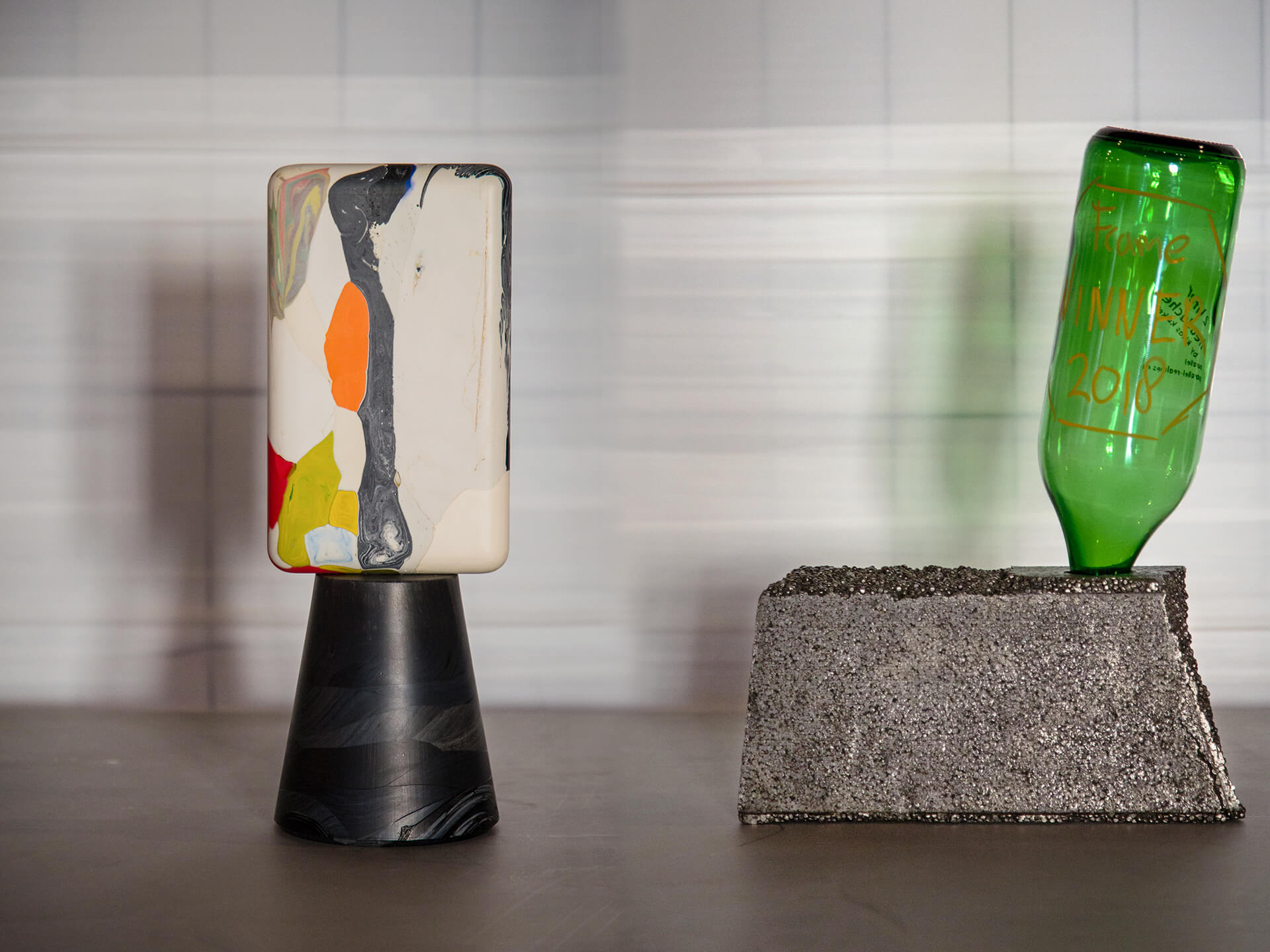 Submissions for Frame Awards 2019 open soon on 1 June 2018! Send in your best interior designs before the early-bird period closes in July. Subscribe to the Awards newsletter for updates.