SEOUL – The Dutch architect Frits van Dongen (Van Dongen Koschuch Architects and Planners), at the time partner at de Architekten Cie.,  has conceived the masterplan of the Gangnam District, a large development at Seoul’s southern periphery. The conglomerate of different blocks and Riviera-blue rooftops, which elegantly follows the topography of its surrounding hills, is supposed to provide a prototype for new public housing in Korea.

Looking at the images, I feel like journalist and author Michael Collins when he enters a maisonette apartment in the Thamesmead Estate 50 years after it had been built and says: ‘I feel like I’m going back to the future here, this is what the future looked like in the 1960s.’ This comes from a scene from the BBC documentary The Great Estate – The Rise and Fall of the Council House which investigates how the system of state-owned housing came into place and how it has struggled to stay intact. 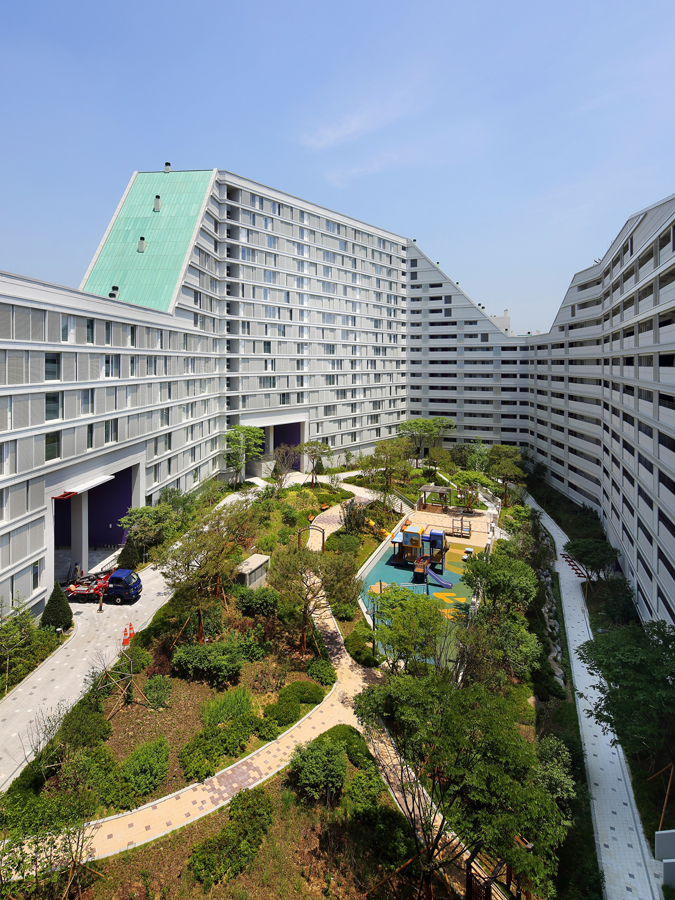 The first estate to be built in the UK was the Boundary Estate in Shoreditch in 1900 – long before gentrification became a term. Despite the historic gap between the two developments, the recently finished Gangnam District shares some of its predecessors key characteristics. The complex is laid out for approximately 1500 households, which is only 300 tenements more than the Boundary had. While the layout of the flats in Korea is tailored to different income levels, households and lifestyles, the 23 blocks in late nineteenth-century Shoreditch were all different due to the emphasis on craftsmanship during the prevailing arts and crafts movement. United by more than basic ideas and figures, the two developments are share the ideology of social housing. The main incentive is not simply shelter, it is to give people a sense of ownership and pride of place. Hence amenities and apartment sizes are often above the standard of current times. It is like Terry Gooch, the first resident at Thamesmead, described the feeling when he moved into his new maisonette apartment: ‘It was the modern world, and it was ours.’ A second key characteristic is the clear division between private and public space, which leads to an emphasis on privileged community spaces for residents such as shared courtyards, gardens and sport facilities like in the Gangnam District. 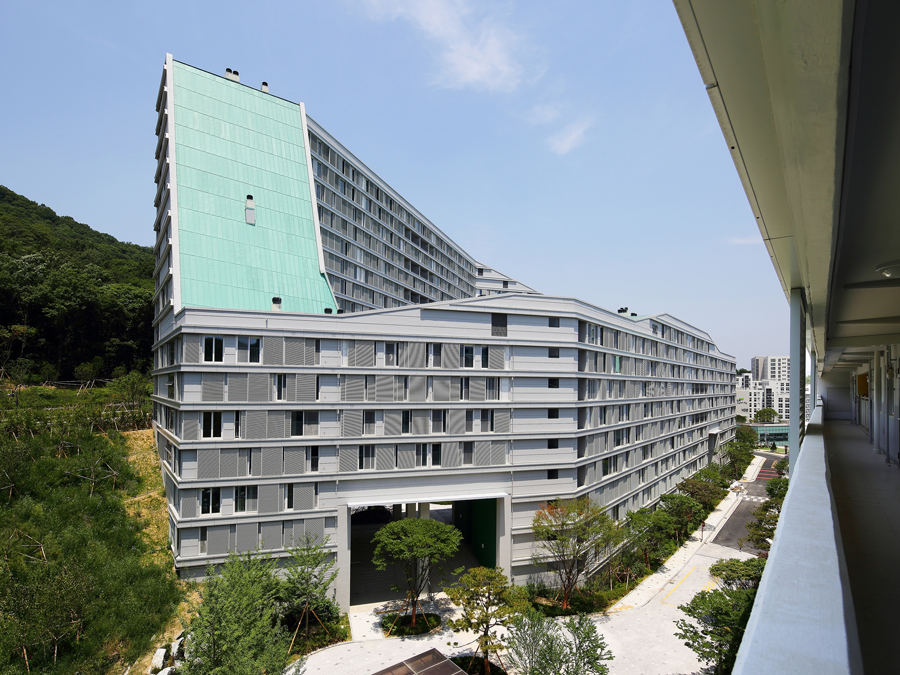 The story of state owned housing is not entirely one of undisputed success. Often built outside the city centre with bad transportation links, the estates did not succeed to maintain vividness and cultural engagement over long periods of time. When occupancy rates dropped, long-term tenants were quickly replaced by temporary shelter-seekers, and slow but steady declines in maintenance often followed. But there are also timelessly successful estates like the Barbican Estate in London, a cultural hub and urban oasis in the middle of central London that attracts tenants, tourists and locals in equal parts. The waiting lists for the apartments are notorious and endless. Another example is Siedlung Halen in Bern, Switzerland which sits at the other end of the spectrum. It consists of economical house-like clusters in the middle of the forest and does not allow for any motorised transportation within its boundaries. 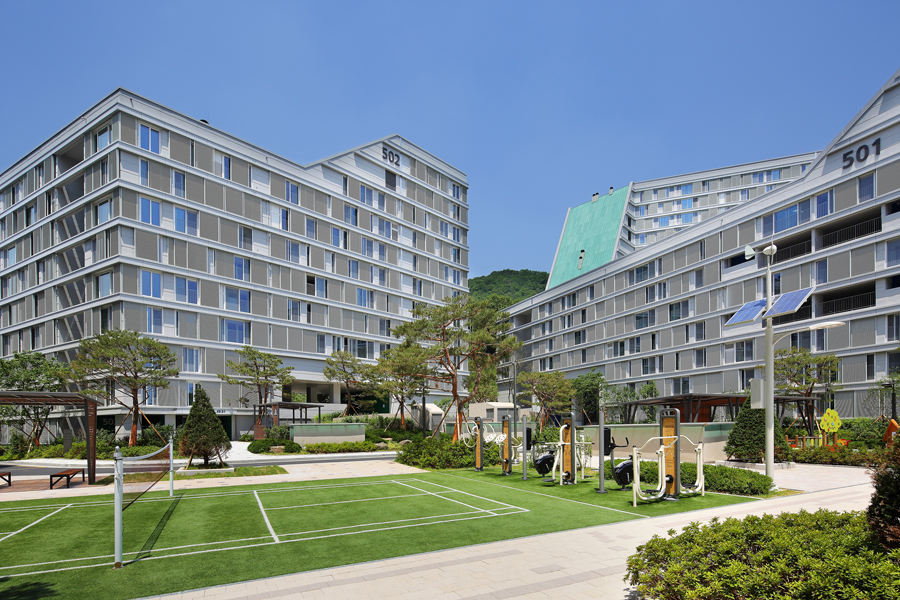 As outdated as the idea of an estate and its special community is, it is a given fact that housing is needed. What seems to distinguish estates with longevity from less successful ones is the knowledge that shared facilities alone do not make for a community. Perhaps the Gangnam District with its turquoise roofs against rich green hills can make the case for a prototype that works.